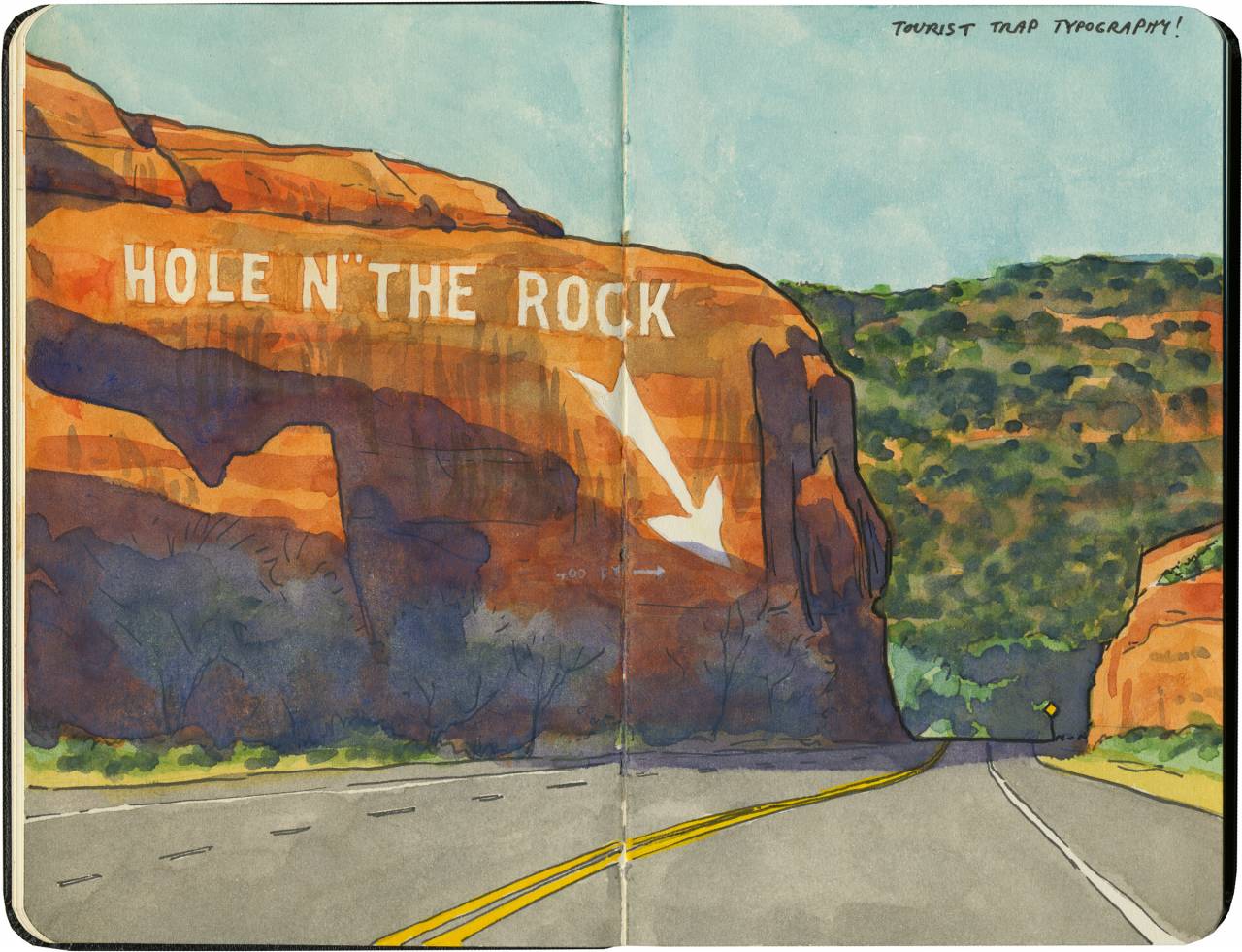 “I travel a lot,” says Chandler O’Leary. “I carry a sketchbook wherever I go. The most exciting thing for me is discovering what’s beyond the next bend in the road.”

Washington-based Chandler’s wanderlust has taken her all over the U.S., Canada and as far afield as Italy. “I am the one who will choose the squiggliest line on the map, rather than the Interstate highway, every single time,” she says. “I am the one who gets excited about driving 200 miles out of my way to see a giant concrete prairie dog…  I’ve been recording my travels in my sketchbooks for over 20 years. One day I realized I had literally hundreds of drawings hidden away, and only a few close friends had ever seen them all.”

Chandler’s work reminds me of what Gloria Steinem said about her own travels by road and how wending your way along focuses the mind. “Taking to the road – by which I mean letting the road take you – changed who I thought I was,” she wrote in My Life on the Road. “The road is messy in the way that real life is messy. It leads us out of denial and into reality, out of theory and into practice, out of caution and into action, out of statistics and into stories — in short, out of our heads and into our hearts.”

Add to this Chandler’s artistic eye and skill, her attention to detail and feeling for what she sees – she draws from memory and fast as her husband drives – and you have something essential and genuine.

Chandler posts photograph of her trips on her Instagram account. But drawing is her passion. To her it’s more intimate and contemplative. 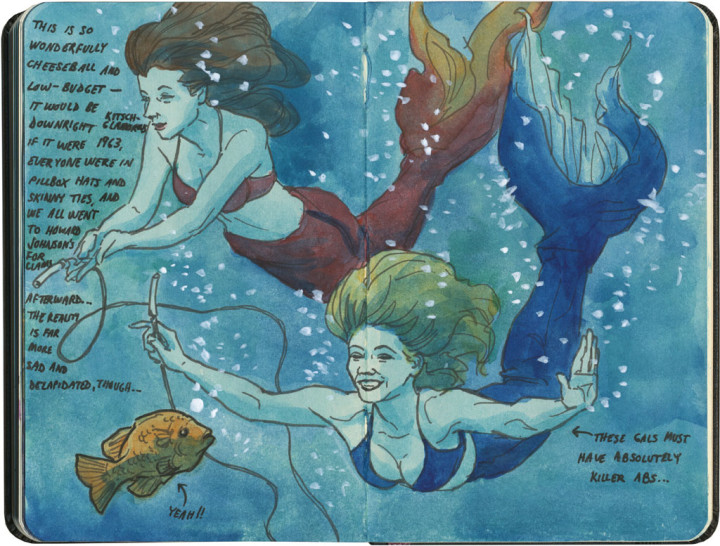 “I’ve found that picking the sketchbook over the camera forces me to really look at what I see before me,” she adds. “I might not get to every single landmark by choosing the slow road this way, but my memories of my travels are crystal-clear, even many years later. This way, I’m relying on my eye, rather than the lens, to do all the seeing: what I lose in breadth I gain in depth. 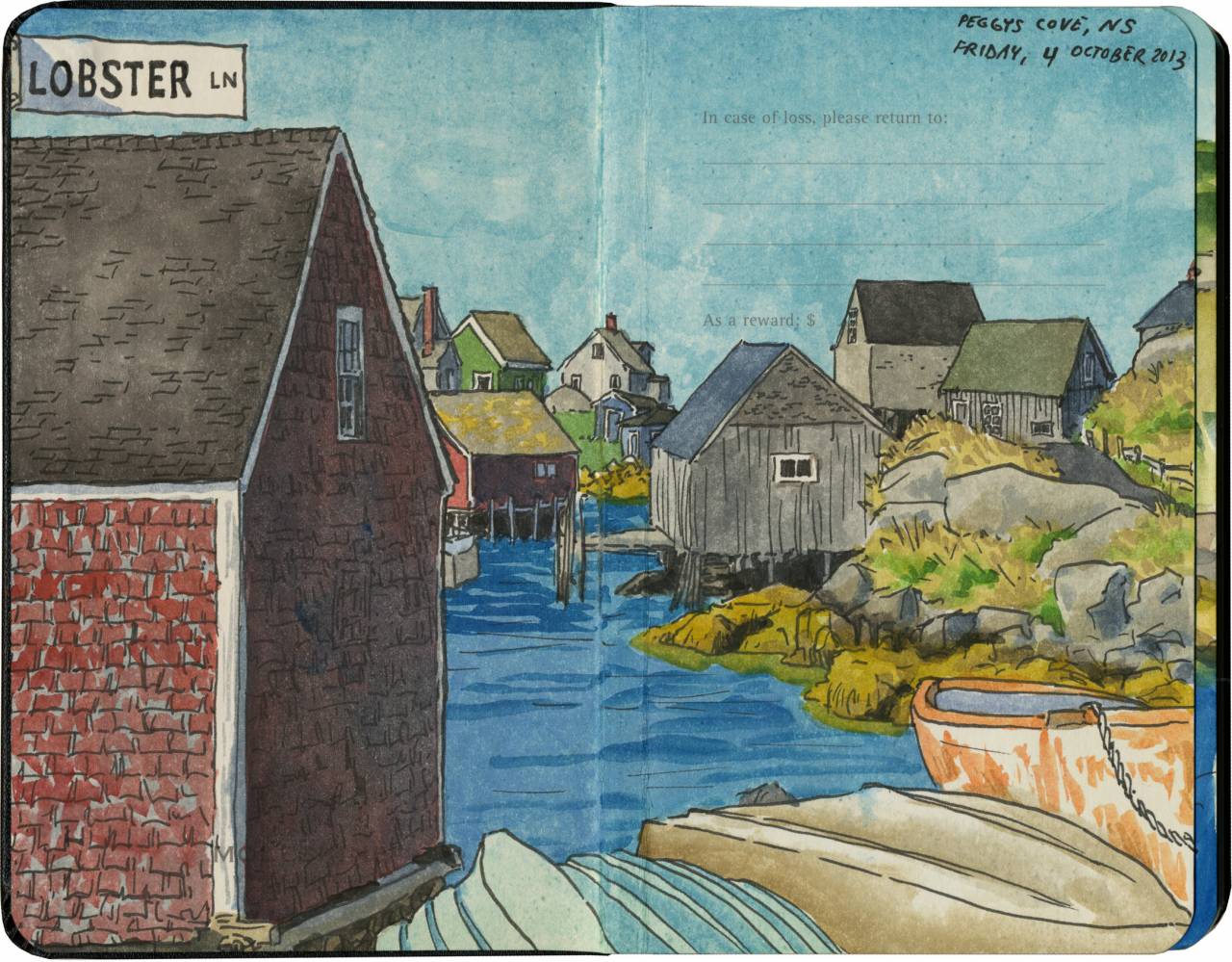 John Ruskin enlarged on the link between drawing and knowing in Relative Dignity of the Studies of Painting and Music, and the Advantages to be Derived from Their Pursuit. Ruskin drew to enlarge his appreciation of fine pictures, and to form a habit of closely observing nature. He wrote:

“It is like  a new faculty, a sixth sense.

“Let two persons go out for a walk; the one a good sketcher, the other having no taste of the kind. Let them go down a green lane. There will be a great difference in the scene as perceived by the two individuals. The one will see a lane and trees; he will perceive the trees to be green, though he will think nothing about it; he will see that the sun shines, and that it has a cheerful effect, but that the trees make the lane shady and cool; and he will see an old woman in a red cloak; — et voilà tout! 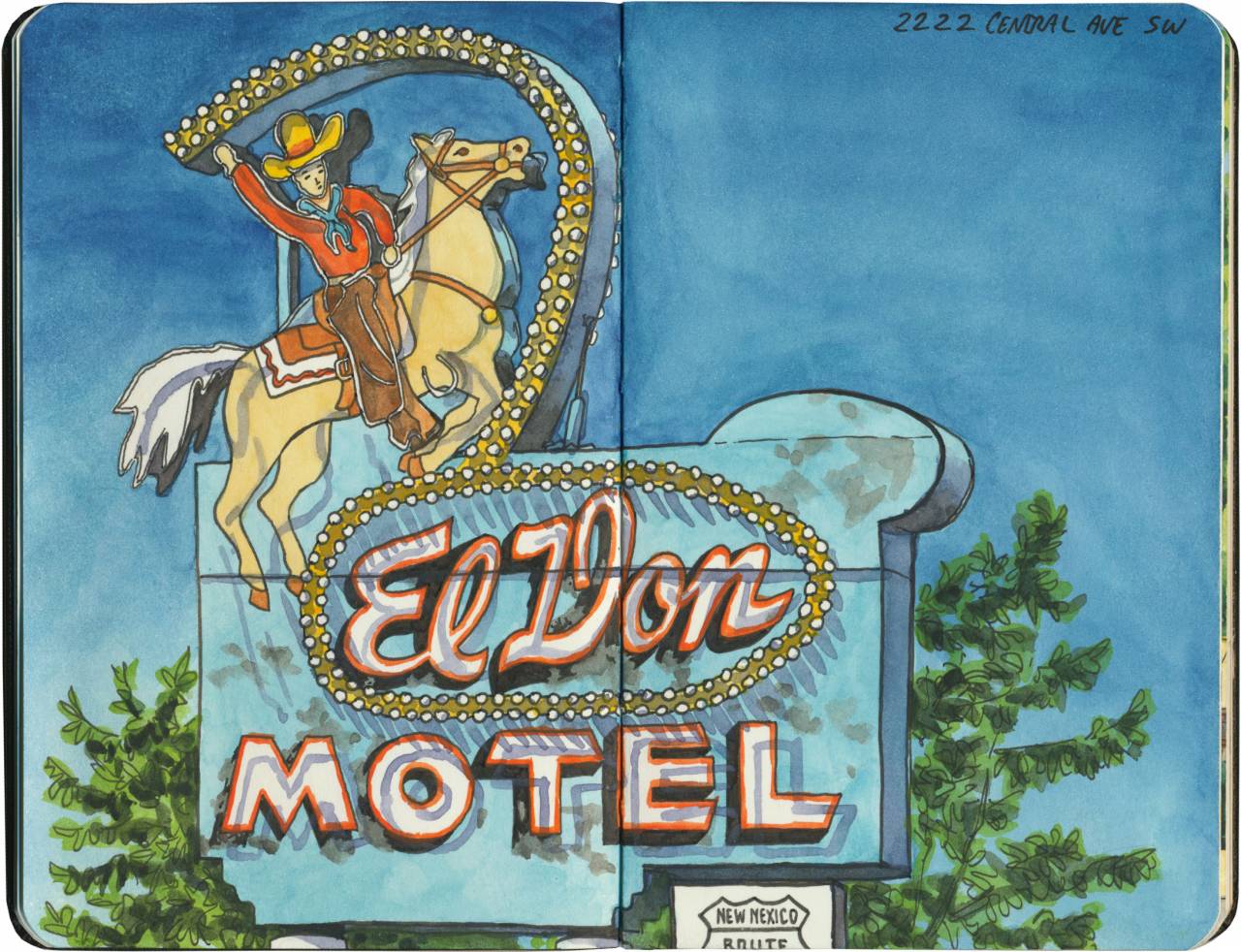 “But what will the sketcher see? His eye is accustomed to search into the cause of beauty, and penetrate the minutest parts of loveliness. He looks up, and observes how the showery and subdivided sunshine comes sprinkled down among the gleaming leaves overhead, till the air is filled with the emerald light, and the motes dance in the green, glittering lines that shoot down upon the thicker masses of clustered foliage that stand out so bright and beautiful from the dark, retiring shadows of the inner tree, where the white light again comes flashing in from behind, like showers of stars; and here and there a bough is seen emerging from the veil of leaves, of a hundred varied colours, where the old and gnarled wood is covered with the brightness, — the jewel brightness of the emerald moss, or the variegated and fantastic lichens, white and blue, purple and red, all mellowed and mingled into a garment of beauty from the old withered branch.

“Then come the cavernous trunks, and the twisted roots that grasp with their snake-like coils at the steep bank, whose turfy slope is inlaid with flowers of a thousand dyes, each with his diadem of dew: and down like a visiting angel, looks one ray of golden light, and passes over the glittering turf — kiss, — kiss, — kissing every blossom, until the laughing flowers have lighted up the lips of the grass with one bright and beautiful smile, that is seen far, far away among the shadows of the old trees, like a gleam of summer lightening along the darkness of an evening cloud.

“Is not this worth seeing? Yet if you are not a sketcher you will pass along the green lane, and when you come home again, have nothing to say or to think about it, but that you went down such and such a lane…” 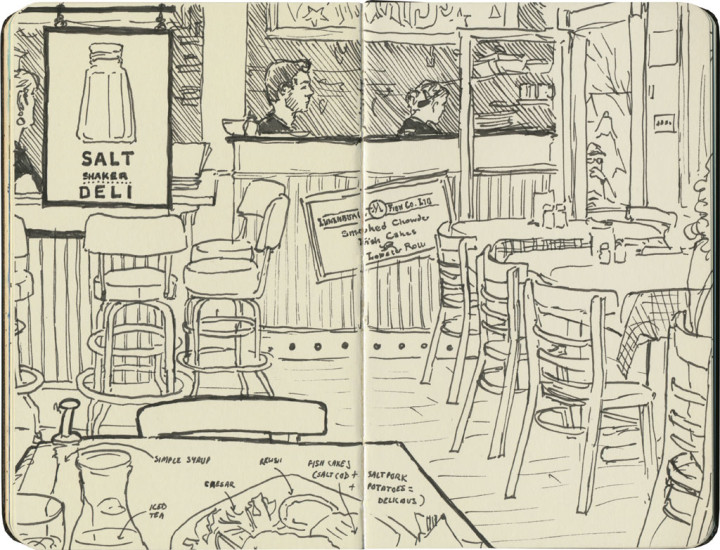 “From the most insignificant circumstance, — from a bird on a railing, a wooden bridge over a stream, a broken branch, a child in a pinafore, or a waggoner in a frock, does the artist derive amusement, improvement, and speculation. In everything it is the same; where a common eye sees only a white cloud, the artist observes the exquisite gradations of light and shade, the loveliness of the mingled colours — red, purple, grey, golden, and white; the graceful roundings of form, the shadowy softness of the melted outline, the brightness without lustre, the transparency without faintness, and the beautiful mildness of the deep heaven that looks out among the snowy cloud with its soft blue eyes; — in fact, the enjoyment of the sketcher from the contemplation of nature is a thing which to another is almost incomprehensible. If a person who had no taste for drawing were at once to be endowed with both the taste and power, he would feel, on looking out upon nature, almost like a blind man who had just received his sight.” 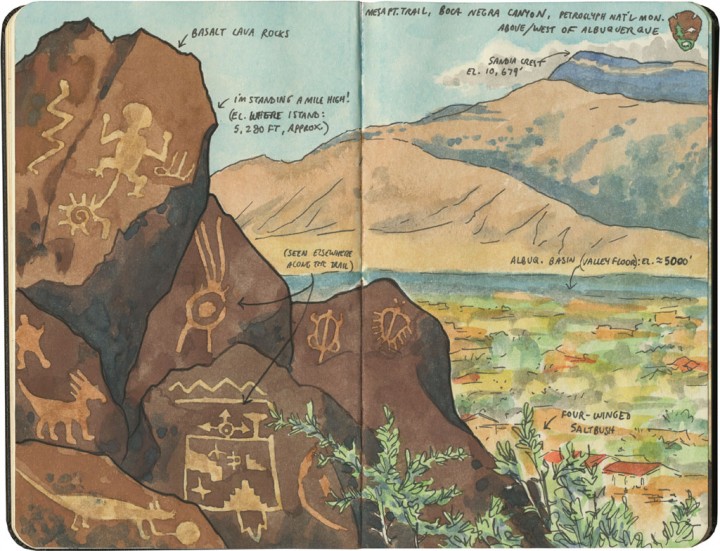 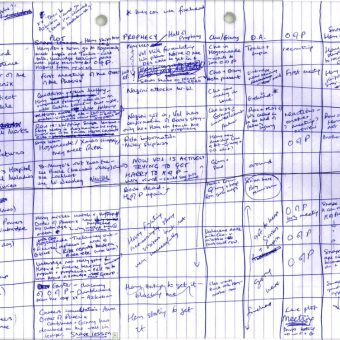