The writer and artist Bruno Schulz was born in 1892 in Drohobych – a city not easy to pin down geographically. It’s in Ukraine now but for centuries it belonged to a part of the world that has has long been a pawn in a super-power chess game. For centuries it was contained within the Kingdom of Poland whereas at the end of the 19th century, when Schulz was born, it was in Austrian Galicia – part of the Austro-Hungarian Empire. After WW1 when Schulz was 26, and had studied architecture at the relatively nearby Lviv Polytechnic( but also in Vienna), his home country came to be known as Poland again. Then following the signing of the The Molotov–Ribbentrop Pact between Nazi Germany and the Soviet Union in 1939 it became Soviet Ukraine. After the German attack on the Soviet Union in 1941 it became part of the Nazi empire. Schulz himself considered himself a Jew, immersed in Jewish culture who thought and wrote in Polish but was also fluent in German. No wonder his wonderful imagination was caught up in a ‘swarm of identities and nationalities’. 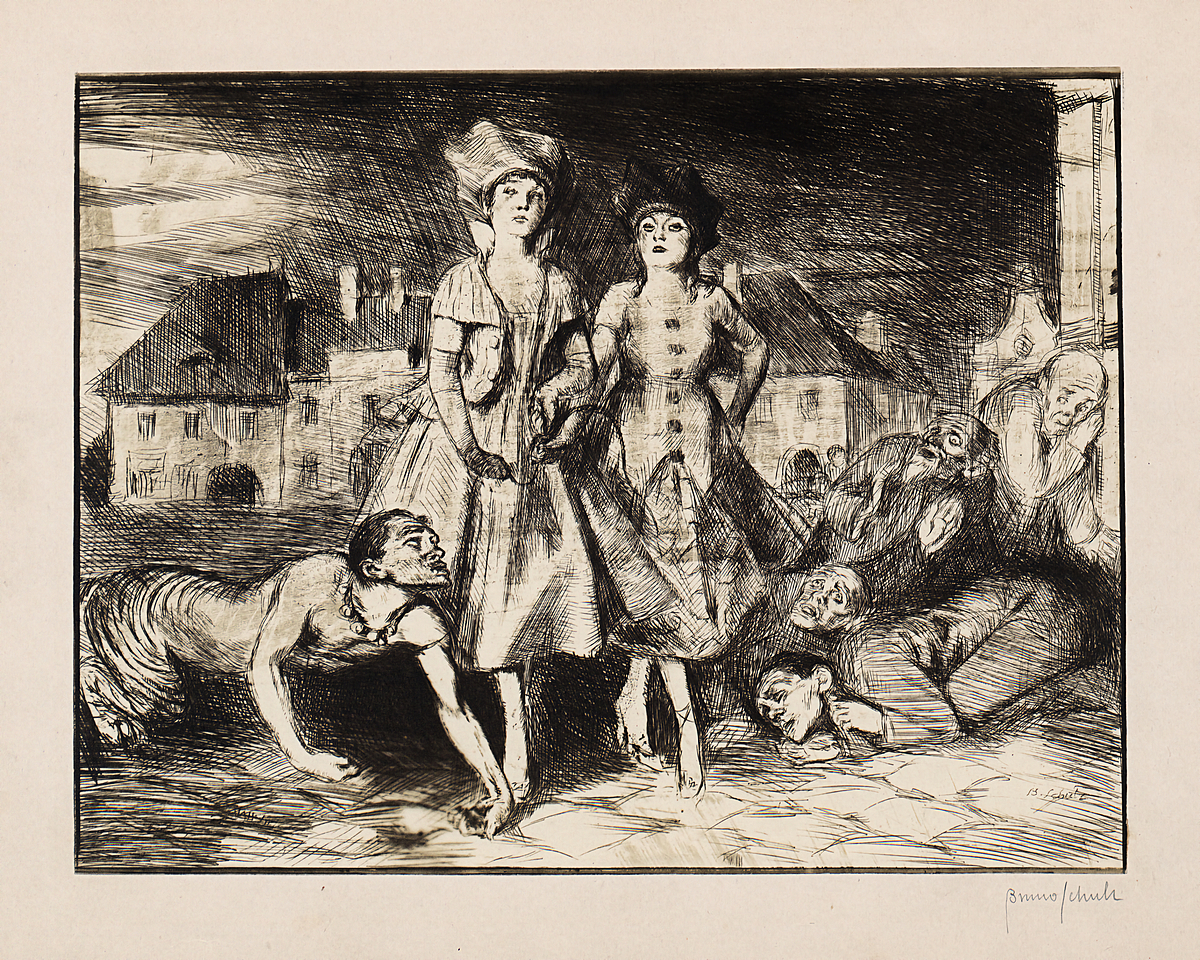 Between 1924 and 1941 Schulz taught at Władysław Jagiełło Middle School in Drohobych where he had himself been a schoolboy, teaching crafts and drawing from 1924 to 1941. He hated his teaching job but it was his only income although he was a brilliant writer and artist, and eventually not un-noticed. Although for years Schulz was initially discouraged by friends and colleagues from publishing his short stories eventually his writing was brought to the attention of the influential Polish novelist Zofia Nałkowska. She went on to help Schulz publish two collections of stories – Cinnamon Shops (aka Street of Crocodiles) from 1934 and The Sanatorium Under the Sign of the Hourglass from 1937.

In 1938 he was awarded the Polish Academy of Literature’s prestigious Golden Laurel award. Much of his written work, however, was lost in the Holocaust including short stories from the early years of WW2 and his final, albeit unfinished novel called The Messiah. Much of his art was also lost although some extraordinary paintings, illustrations and drawings have survived 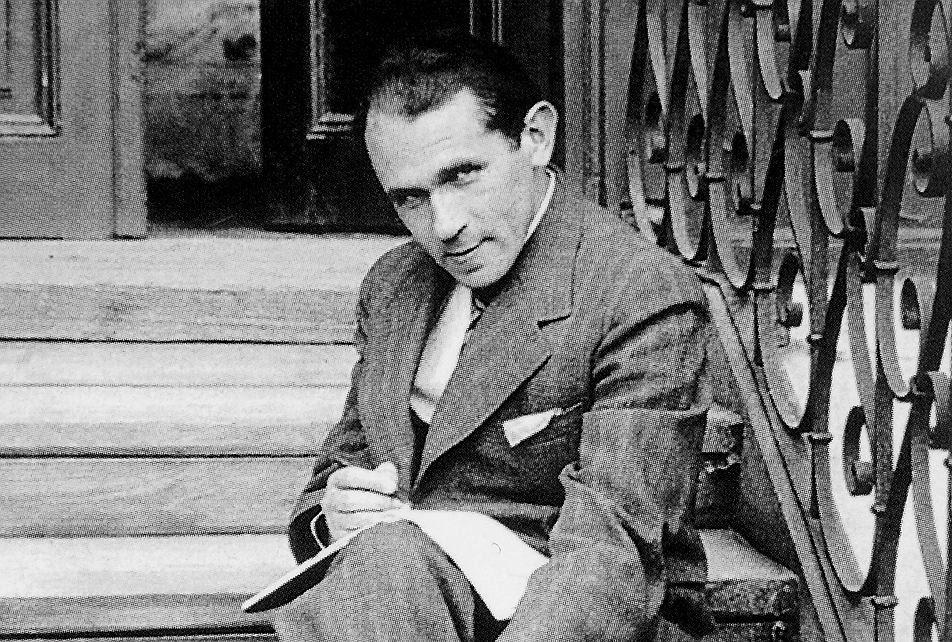 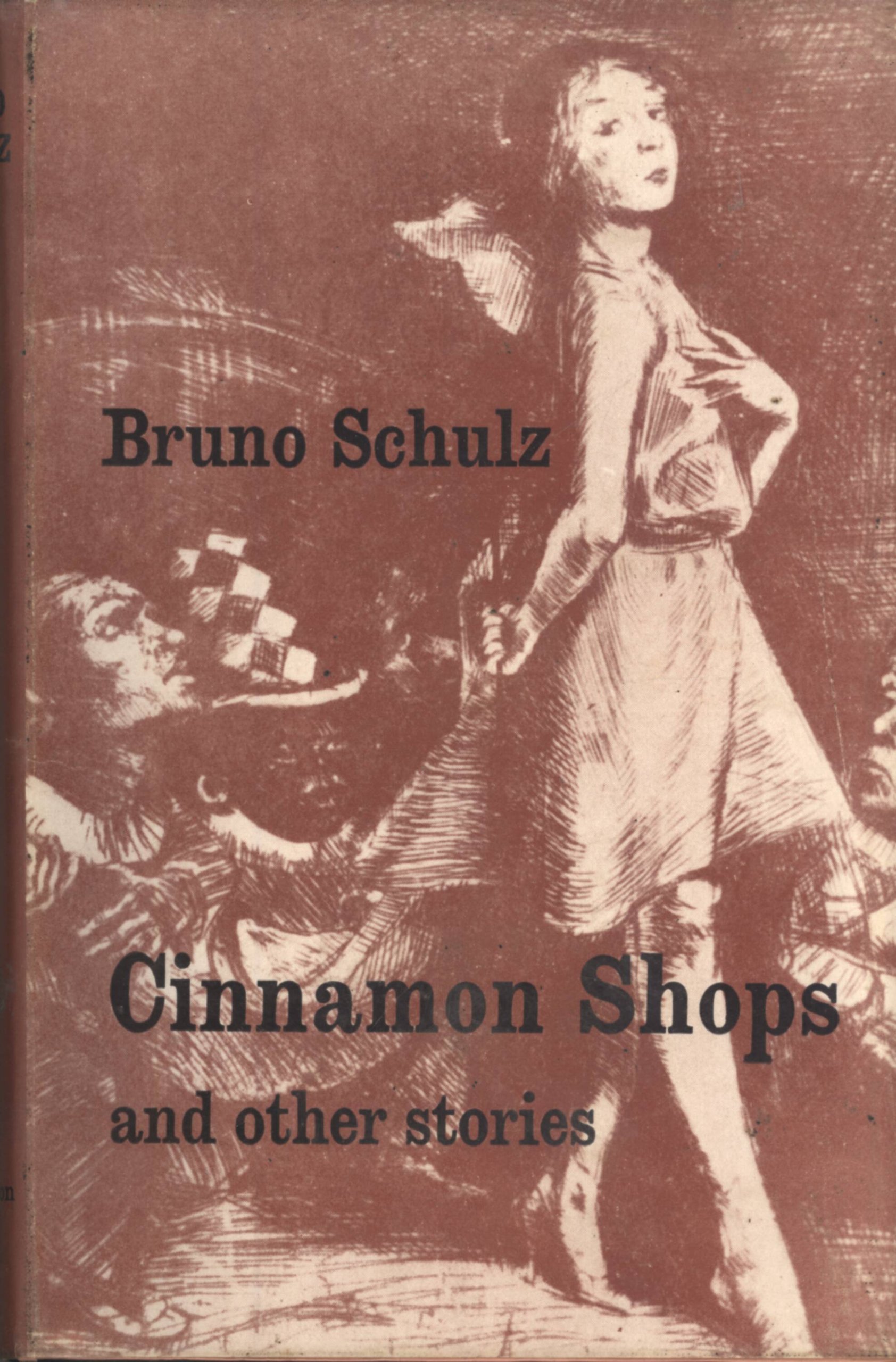 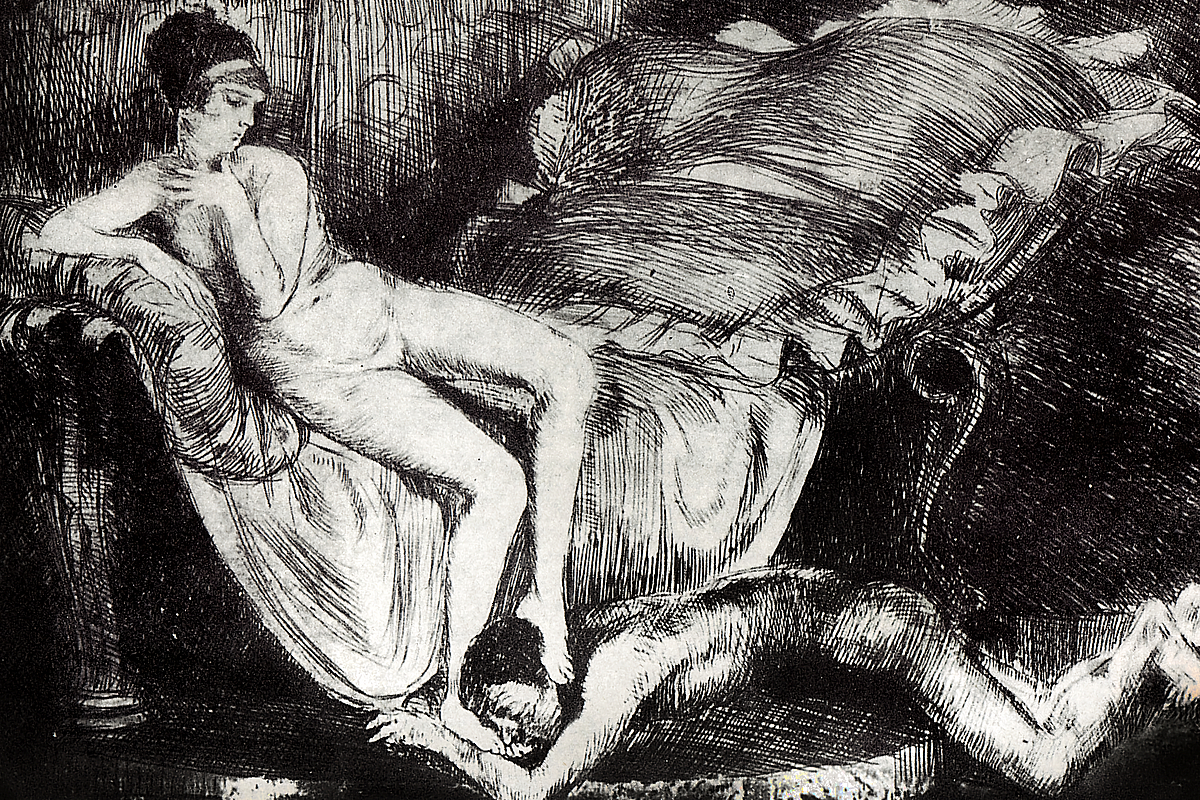 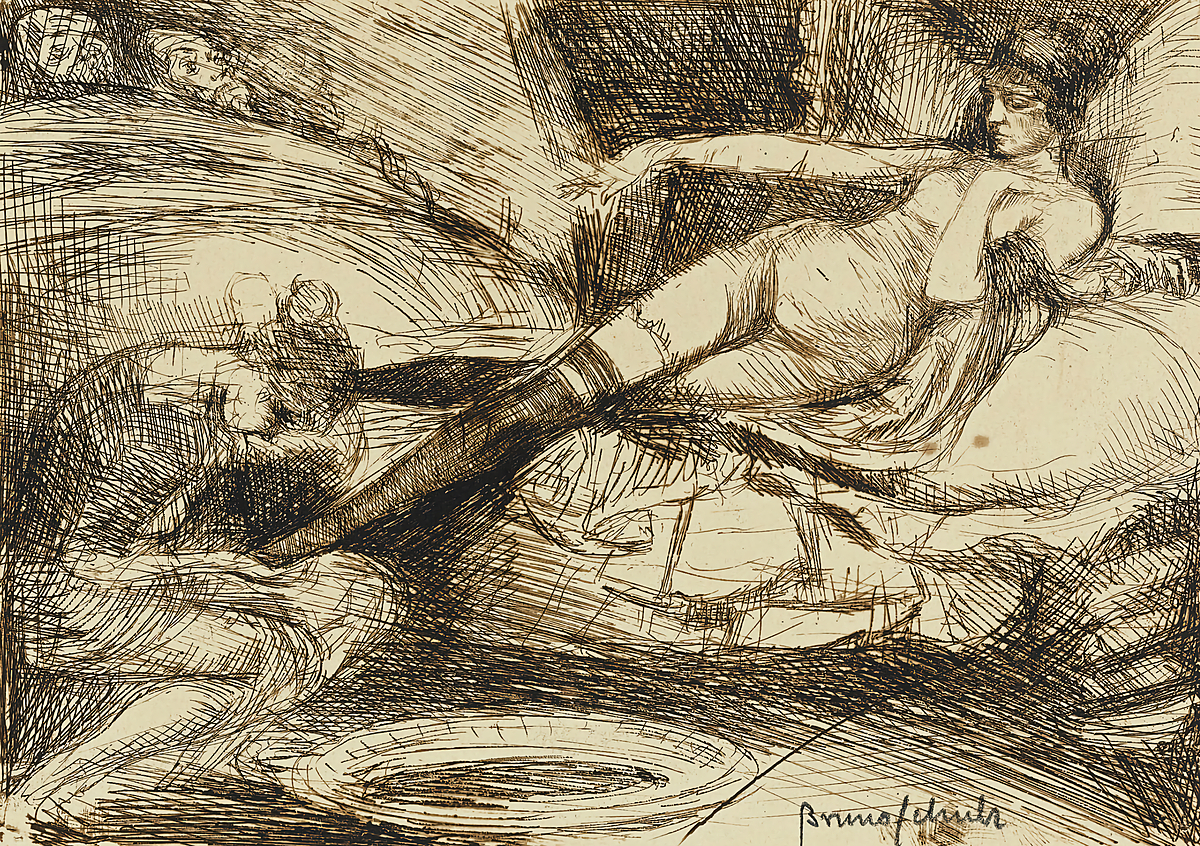 Susanna at her Toilette – print 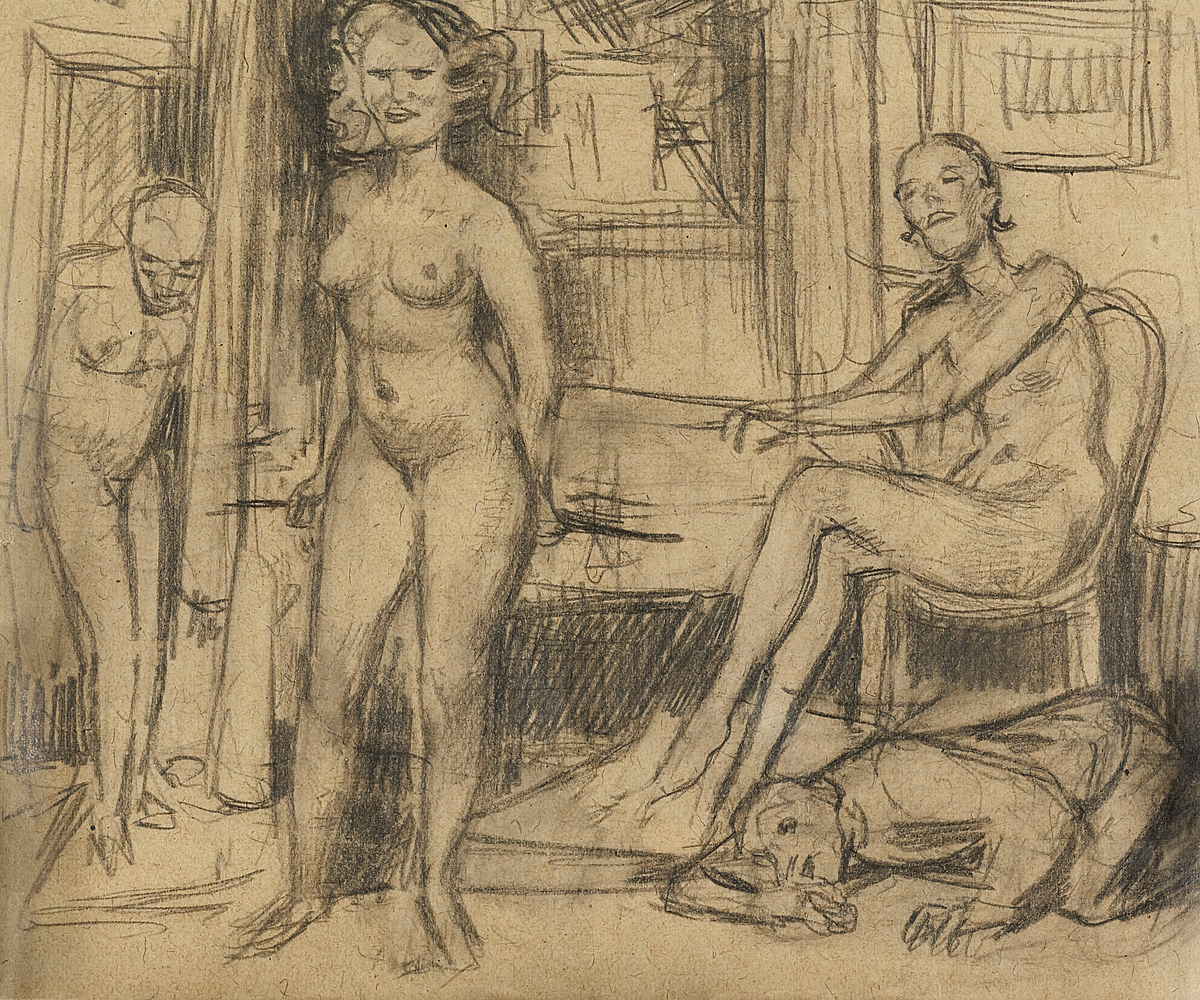 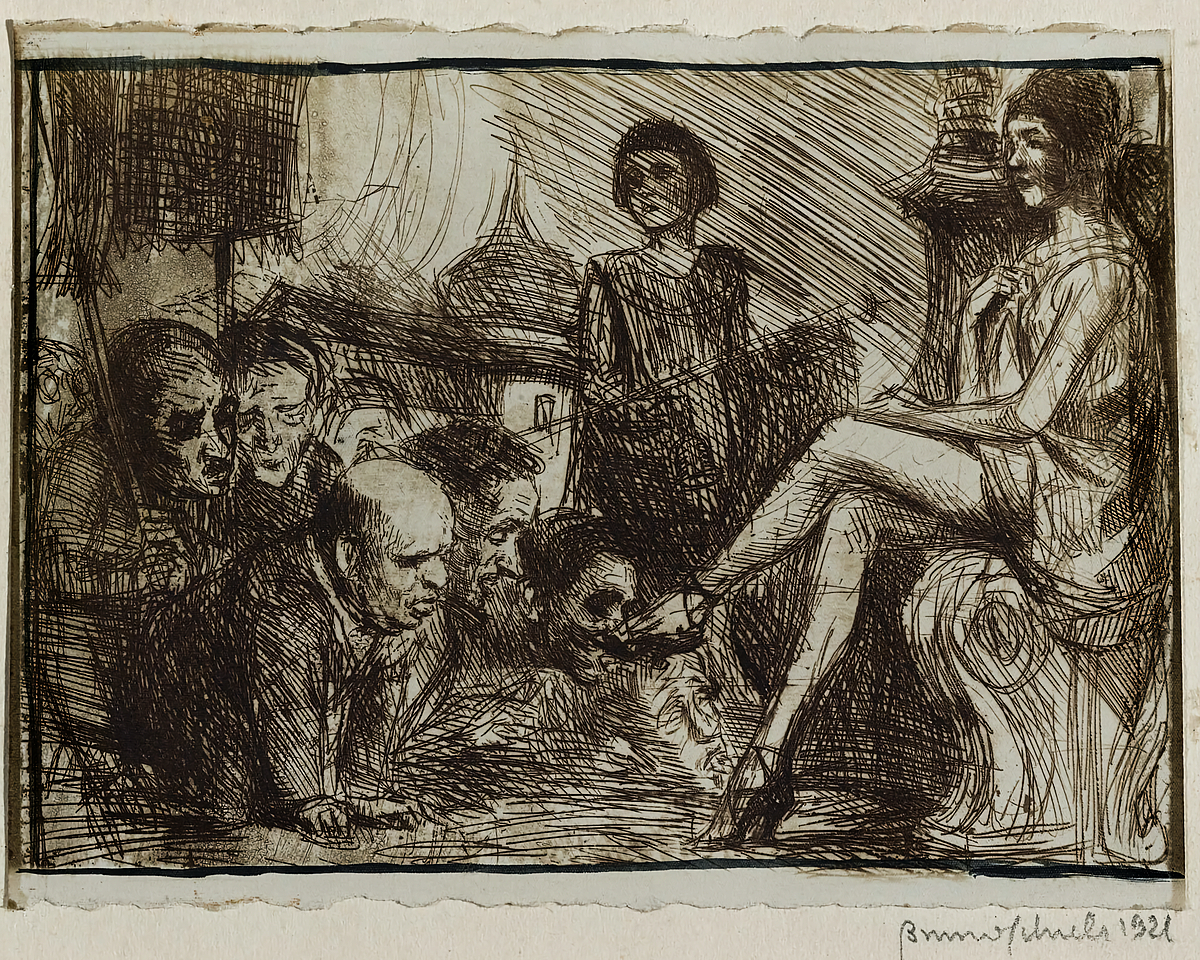 When the Germans launched Operation Barbarossa against the Soviet Union in 1941, thousands of dispossessed Jews were forced into what became known as the Drohobycz Ghetto most of whom would be murdered at the Belzec extermination camp before the end of 1942. An SS Officer called Felix Landau had recognised Schulz’s artistic prowess and protected him and gave him extra food while forcing him to paint murals in his children’s nursery. In November 1942 Schulz was shot in the head twice by a Gestapo officer – killed while walking back home towards the Drohobycz Ghetto with a loaf of bread. David Grossman, in an influential 2009 article in The New Yorker featured the Polish author and poet Jerzy Ficowski recounting how Bruno Schulz died:

A short time before the Black Thursday massacre in Drohobycz, in 1942, the Gestapo officer Felix Landau shot a Jewish dentist named Löw, who had been under the “protection” of another Gestapo officer, Karl Günther. There had been a grudge between Landau and Günther for some time, and the murder incited Günther to take revenge. Proclaiming his intentions, he went looking for Schulz, a Jew who had been under Landau’s protection. Taking advantage of the Black Thursday Aktion, he shot Schulz at the corner of Czacki and Mickiewicz Streets. “According to accounts of several Drohobycz residents,” Ficowski writes, “when meeting Landau, Günther announced triumphantly: ‘You killed my Jew – I killed yours.’ 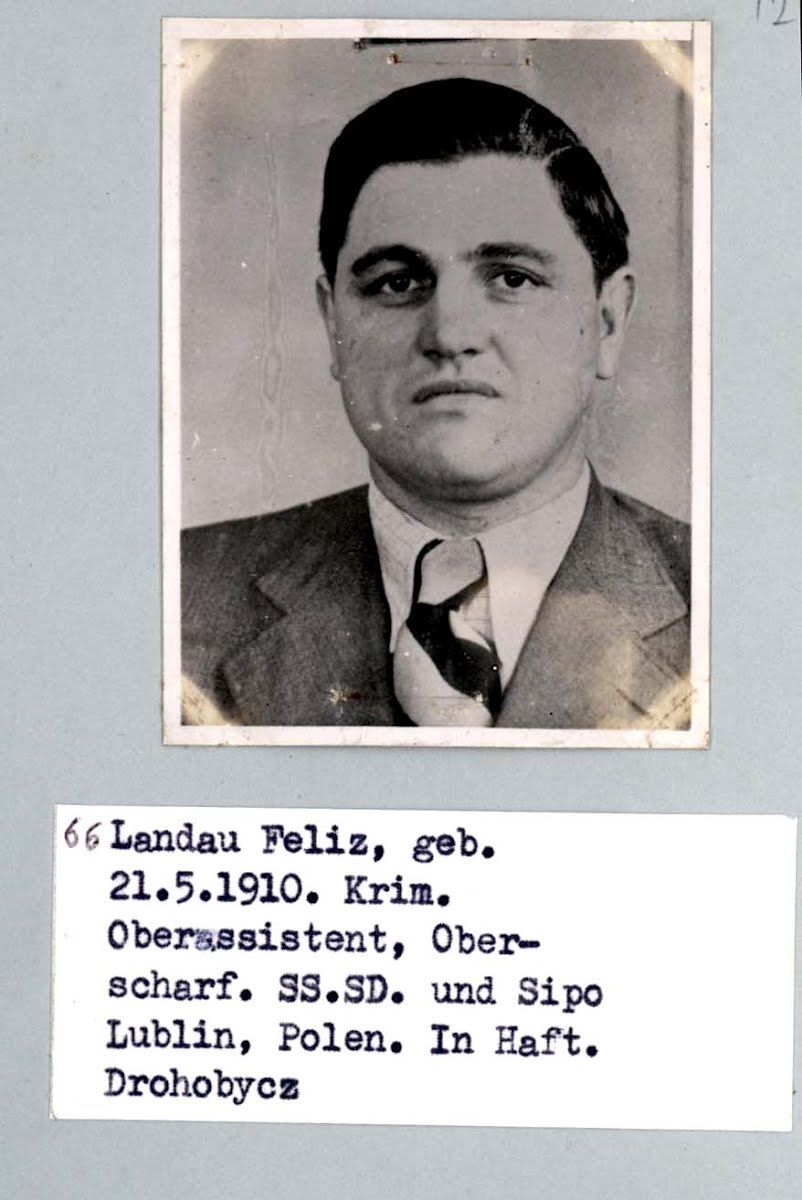 Early in 2001, a German documentary filmmaker called Benjamin Geissler discovered the mural that Schulz had created for Felix Landau in Drohobych. In 1959, Landau had been arrested and accused of the massacres and although condemned to life imprisonment in 1962 was pardoned in 1973, dying ten years later. Conservation workers who had begun conserving the murals, informed Yad Vashem, the Israeli holocaust memorial, of the findings. Representatives of Yad Vashem went to Drohobych to examine the mural subsequently taking fragments of it and transported them to Jerusalem. After much controversy (Yad Vashem said they had legally bought their fragments although this was disputed by the house owner) the remaining parts of the mural have since been restored and are now at the Bruno Schulz Museum in Drohobych. The fragments at Yad Vashem, after an agreement with the Ukraine government, Israel recognised the works as “the property and cultural wealth” of Ukraine and the fragments are now at the Holocaust memorial on long-term loan.

Grossman in the same New Yorker article mentioned earlier quotes from one of Schulz’s stories entitled Spring (as translated by Celina Wieniewska) ostensibly about Alexander the Great. Grossman considers that Schulz could well have been writing about himself…

He was one of those men on whose head God lays His hand while they are asleep so that they get to know what they don’t know, so that they are filled with intuitions and conjectures, while the reflections of distant worlds pass across their closed eyelids. 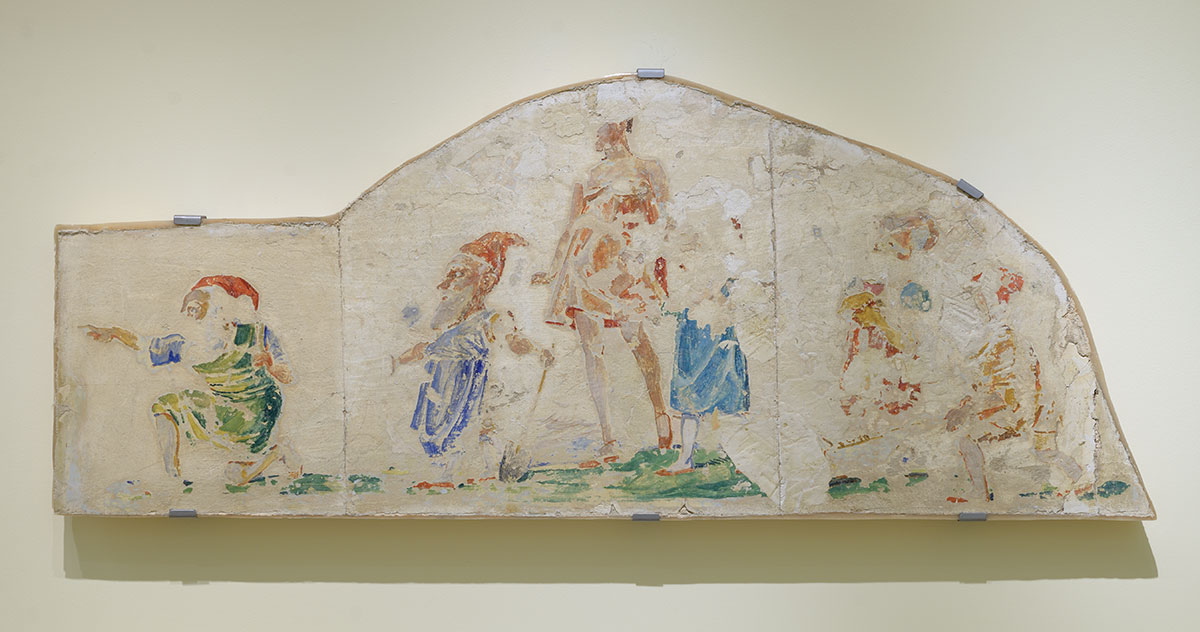 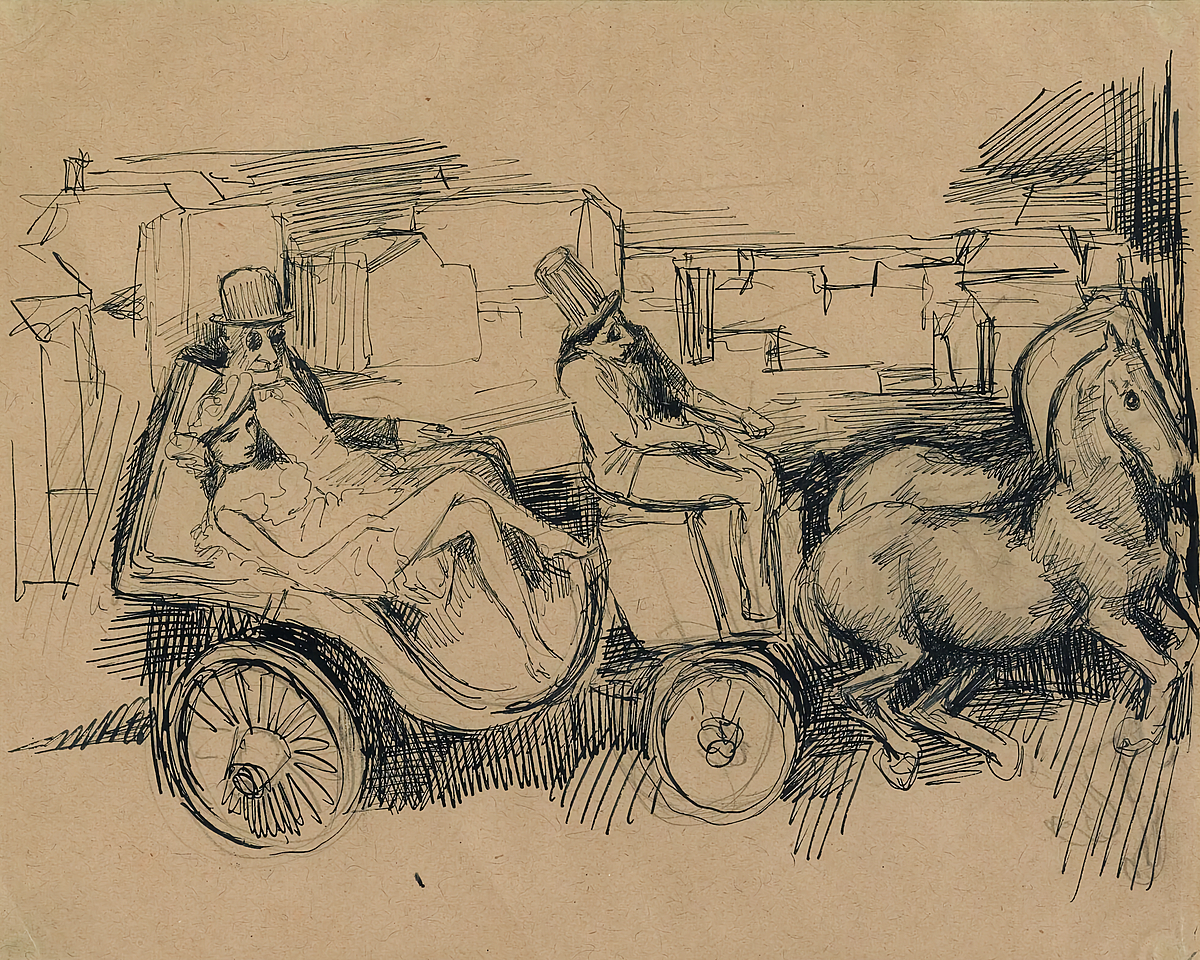 Bianca and her Father in a Coach – print 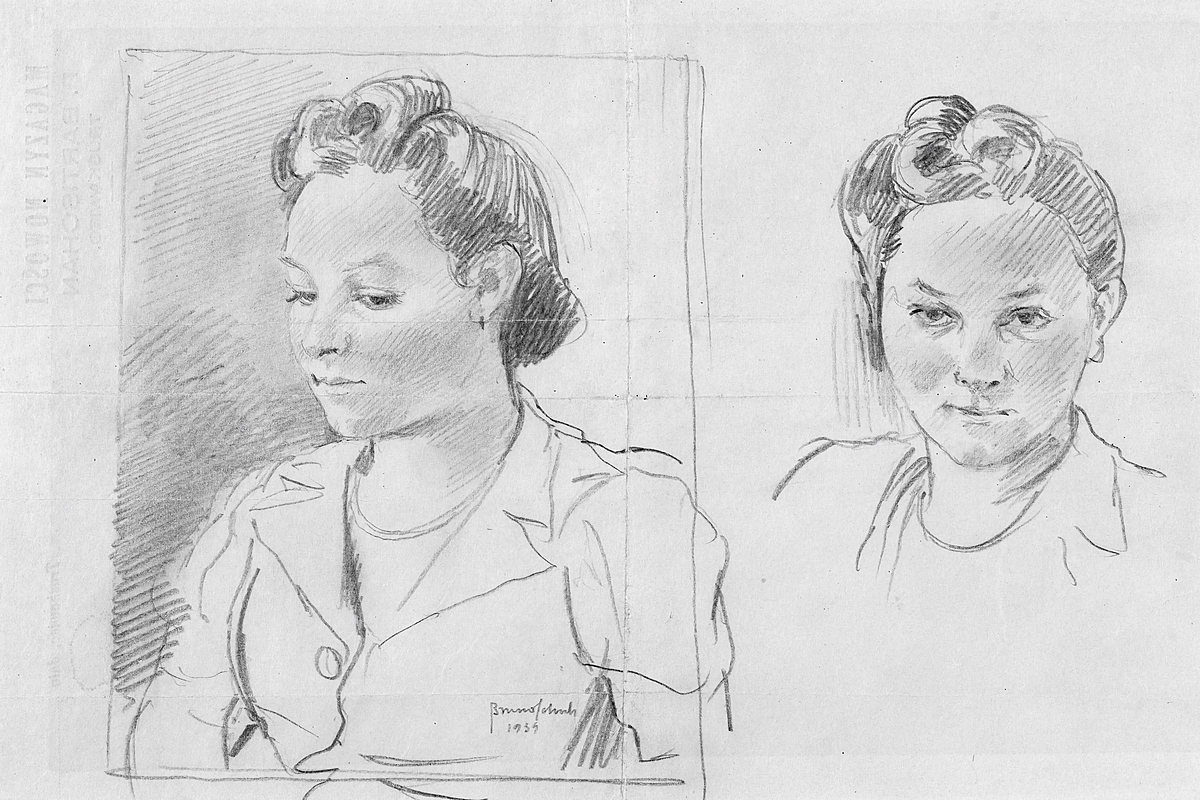 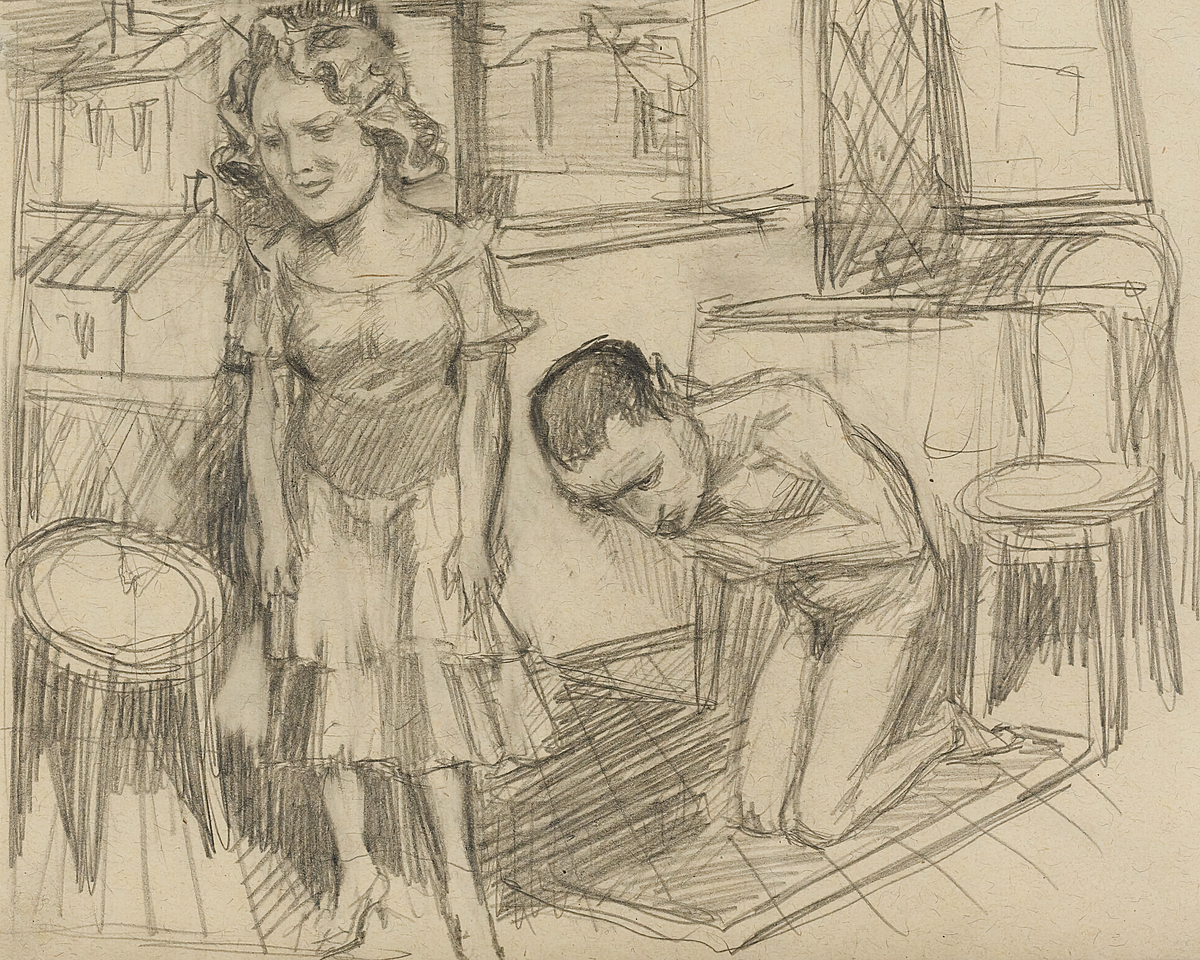 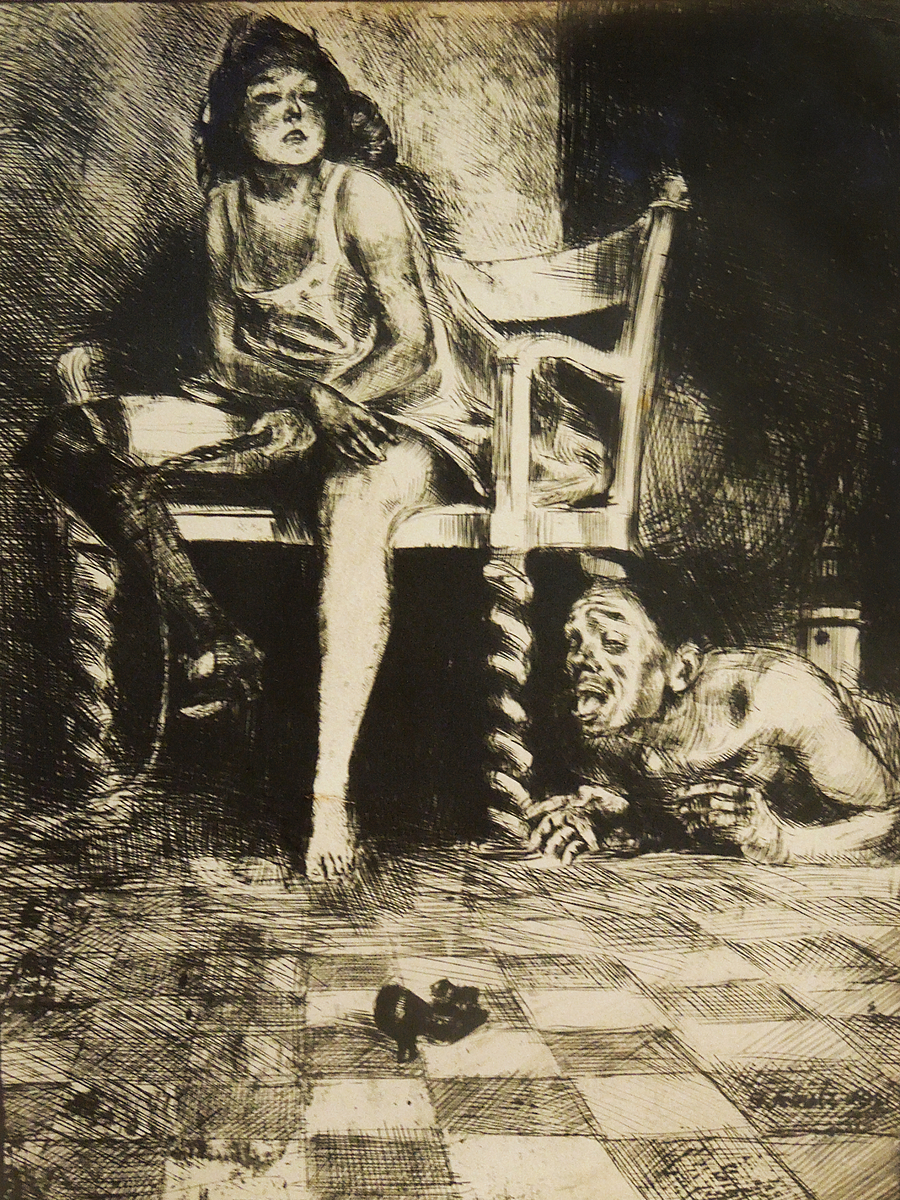 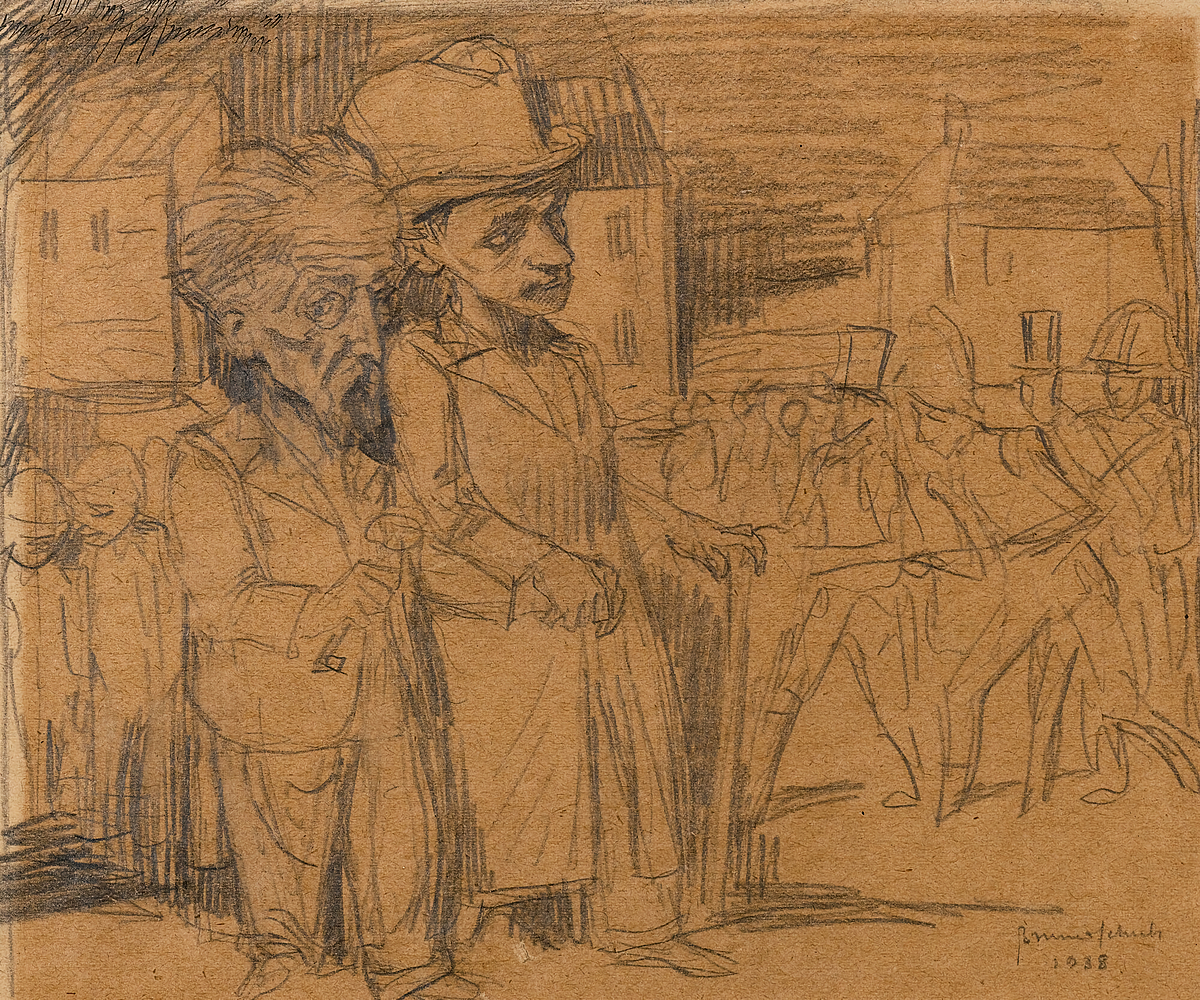 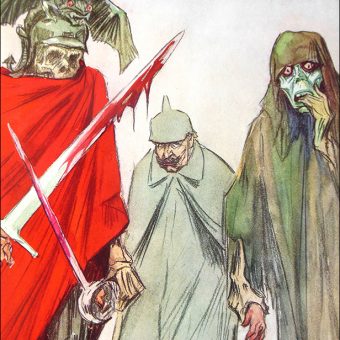