How do we see war veterans of war? In the US Civil War (1861-1865) Dr Reed Bontecou (1824-1907) used photography to record casualties and broadcast their injuries to a wider audience. Bontecou, who operated out of the 3,000-bed Harewood Army Hospital, Washington, D.C., marked his 2 1/2-by-4-inch Cartes de visite portraits with red ink to show the trajectory of the bullets that caused each wound. The soldiers’ bodies took on the appearance of crime scenes.

Bontecou’s collected albums were used to teach medical personal at Harewood. The pictures became the soldiers’ greatest explicator of their suffering, allowing them to secure better compensation and pensions. 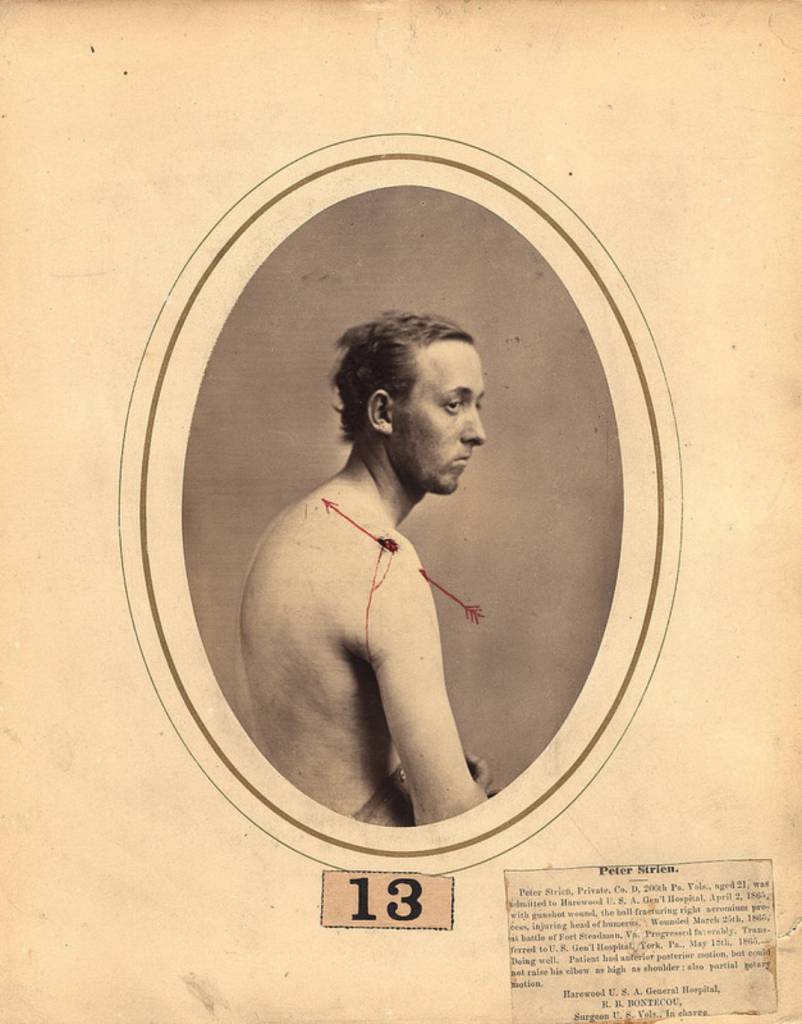 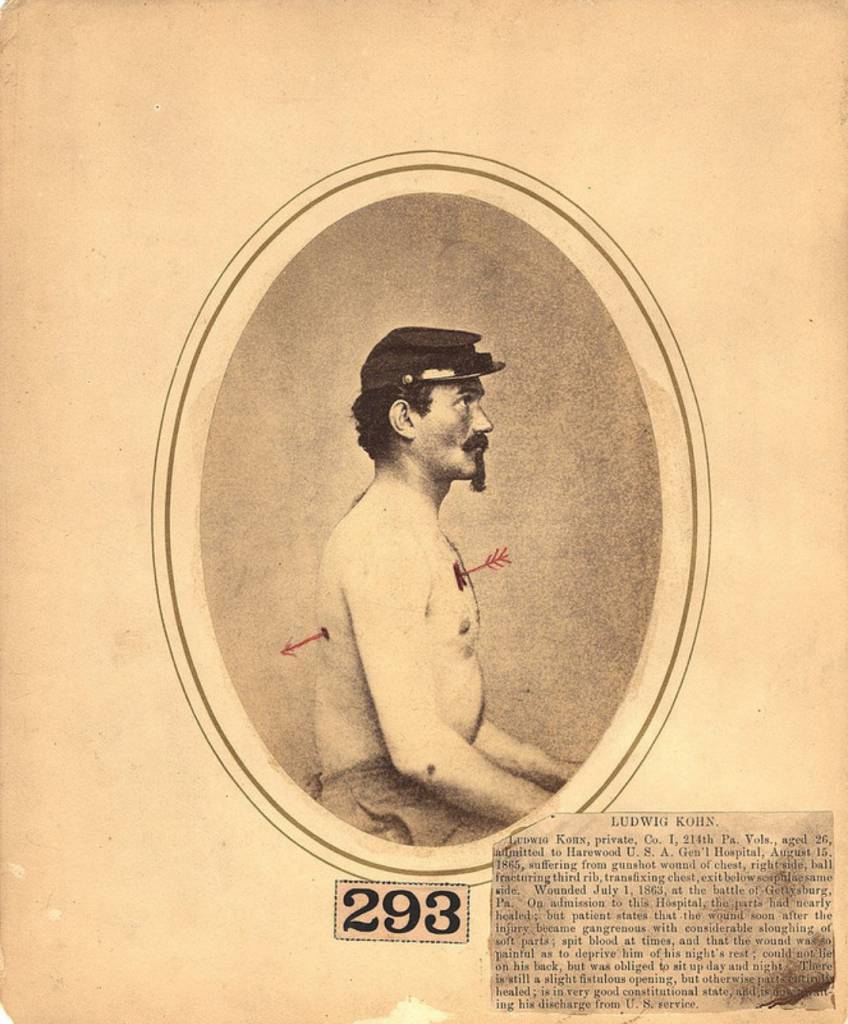 Ludwig Kohn, a 26-year-old private wounded at the battle of Gettysburg in July 1863. The photograph is taken two years later when Kohn was admitted to Harewood General Hospital in 1865 after suffering so much pain from the rib-fracturing gunshot wound that he could not lie down to sleep instead having to sit upright 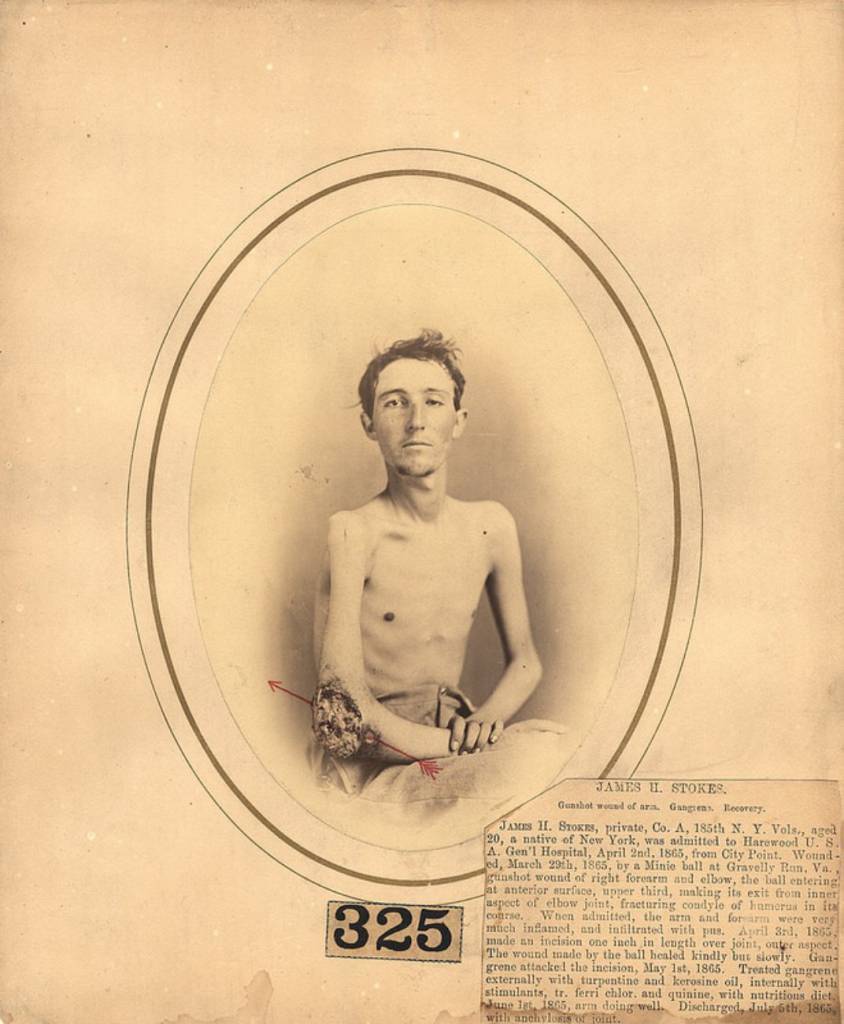 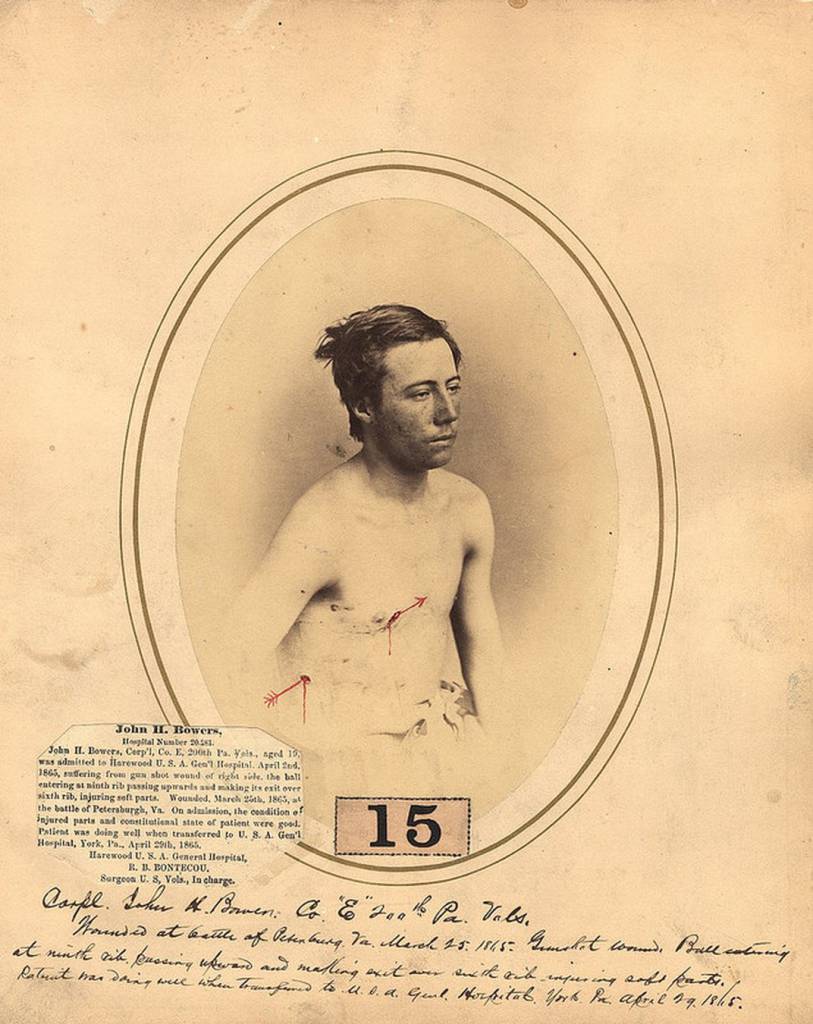 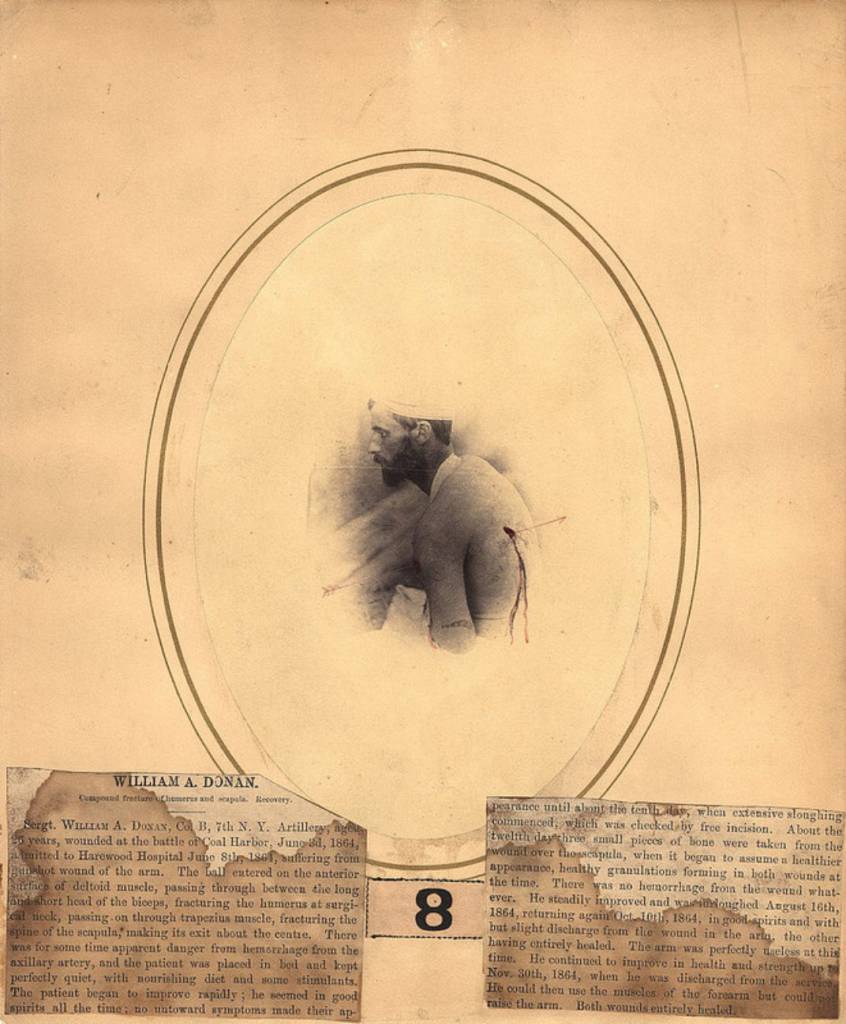 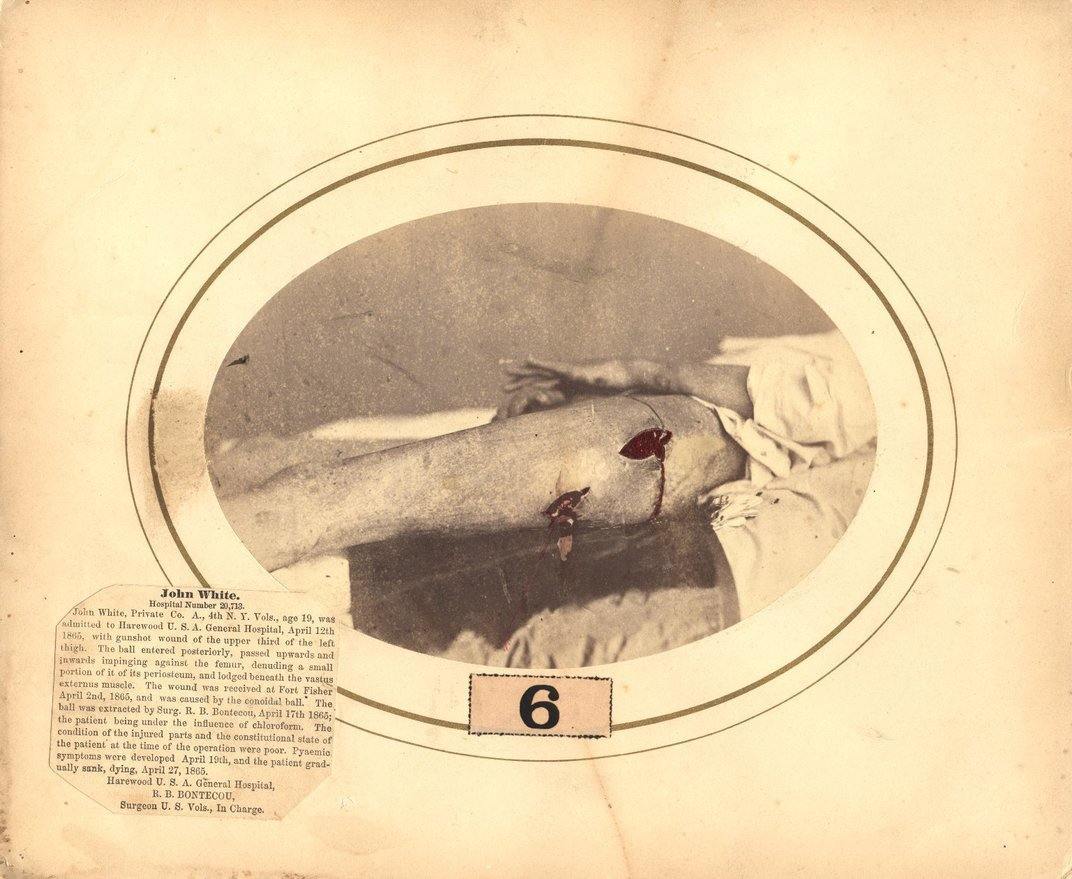 Via: US Library of Medicine