Look out for: Jenny Jones, who dresses like her son, Baby John; German Petra, who has “penchant for bust darts, three-quarter sleeves, and inverted pleats recalls a forgotten world of fine dressmaker details”; black Donna Sommerwind; Fred, who“apparently beat out Elizabeth Taylor in Cleopatra for the Most Liquid Eyeliner award” and many more… 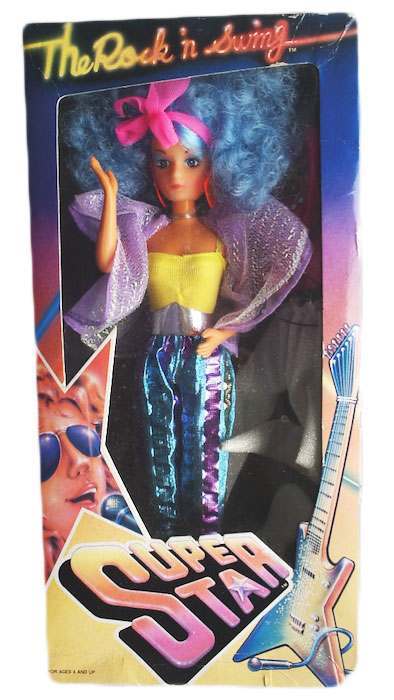 Jem clone, 1980s. “Suddenly dolls rocked out on guitars and handheld
organs, had BIG hair in every color of the rainbow, and dressed in tight, cheap, plasticized clothes once thought only appropriate for hookers.” 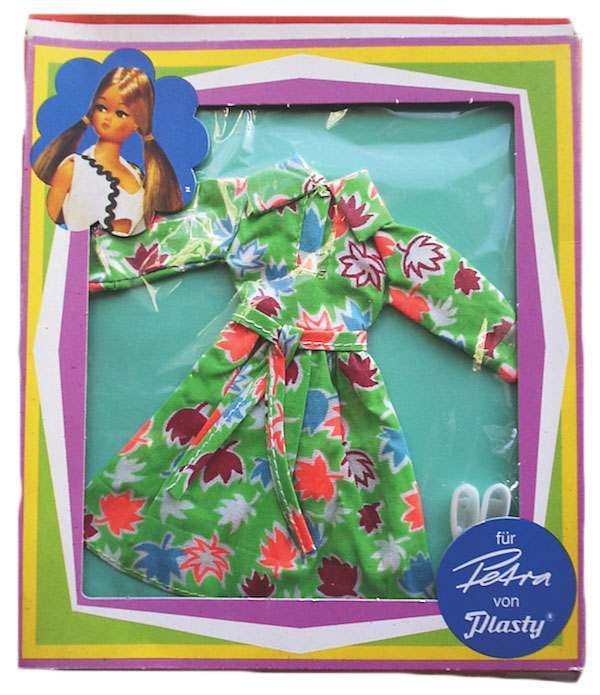 “Petra, Fred, and Peggy outfits came in small square boxes from 1964 to the end of the seventies. (The boxes had no window cello; the inner cardboard was wrapped in plastic.)” 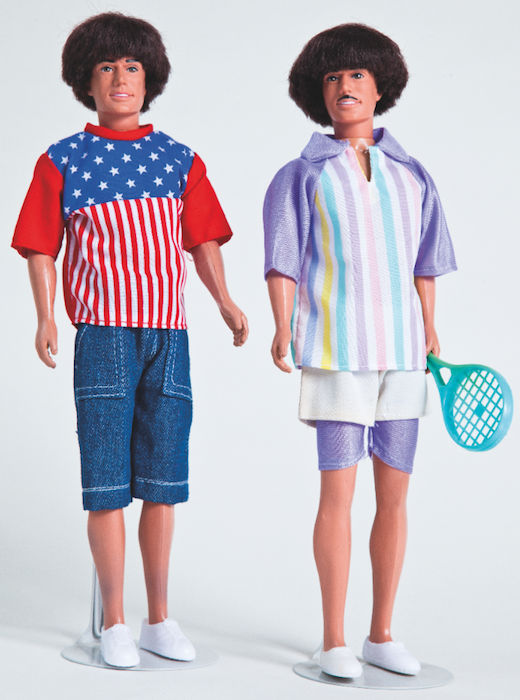 Pair Men
Marc, by Busch, Germany, 1979. “Marc was sold with and without a painted-on mustache. These two Marcs model a more recent stars-and-stripes homeboy duo called California and a tennis set with lavender stretch undershorts.” 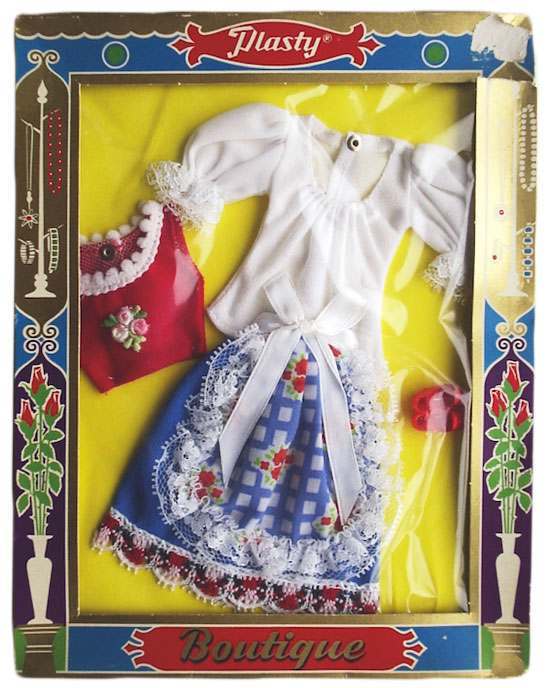 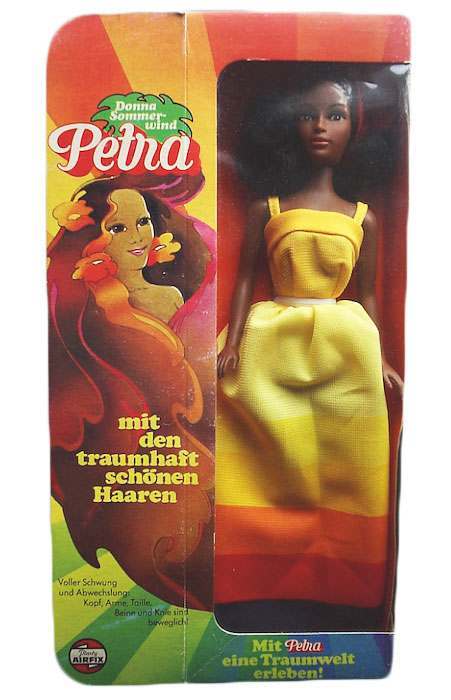 Donna
“In 1978 a newly remodeled Petra and her African-American friend, Donna Sommerwind, finally reach their chic peak with the elegant Haute Couture line.”

Fred
“This painfully thin Fred from about 1977 is actually an earlier version, probably leftover stock that was repackaged (a common Plasty practice). He wears a vivid cabana set and apparently beat out Elizabeth Taylor in Cleopatra for the Most Liquid Eyeliner award.” 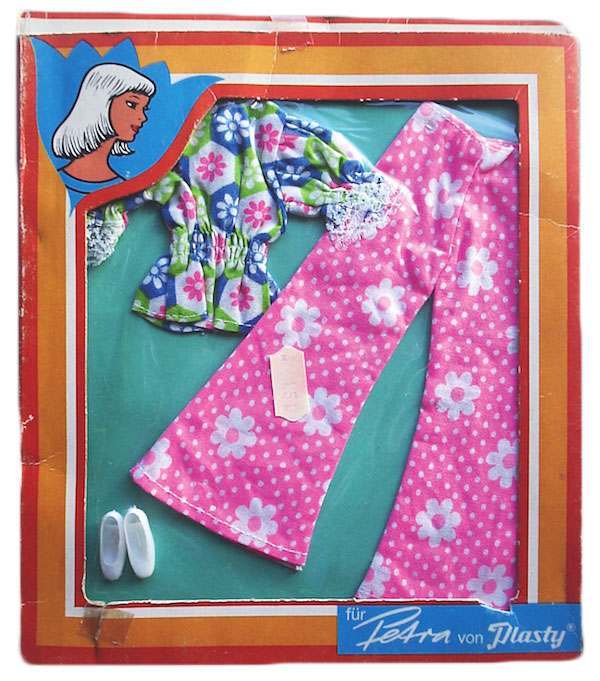 Petra-Pants
Petra, by Plasty, Germany, early 1970s. “The fascination with Petra for me lies chiefly in her formidable if somewhat musty wardrobe. The sixties/early seventies looks, when compared with Barbie’s superbly tailored turnouts, are clearly simplistic and inferior.” 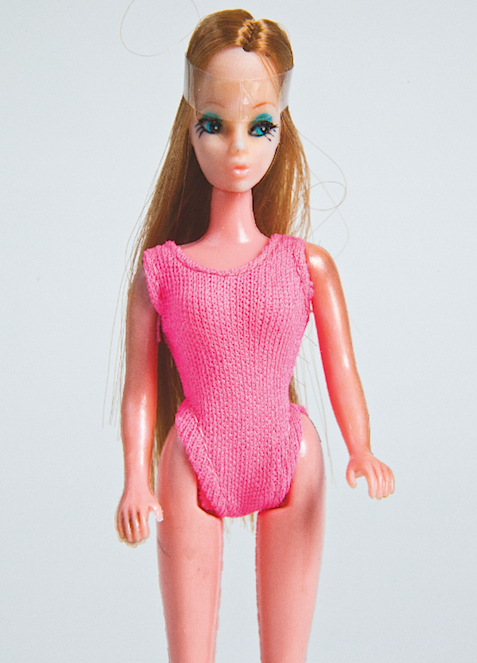 LJN Petite
“This Dawn-size LJN Petite doll has an even higher forehead than Dawn and super-extended lower lashes. She looks like a space alien in drag.” 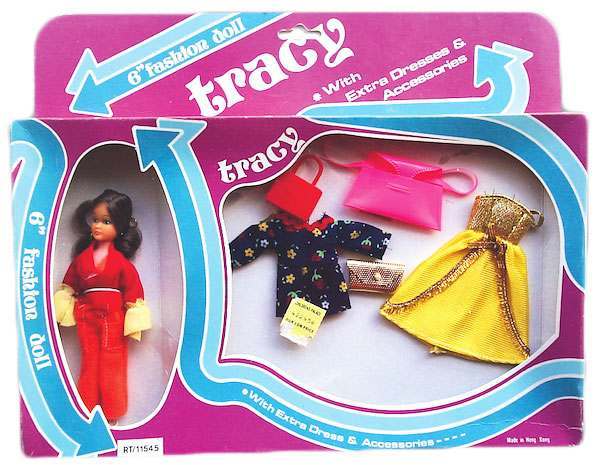 Tracy
“A Tracy gift set comes with two additional outfits and lots of arrows on the box.” 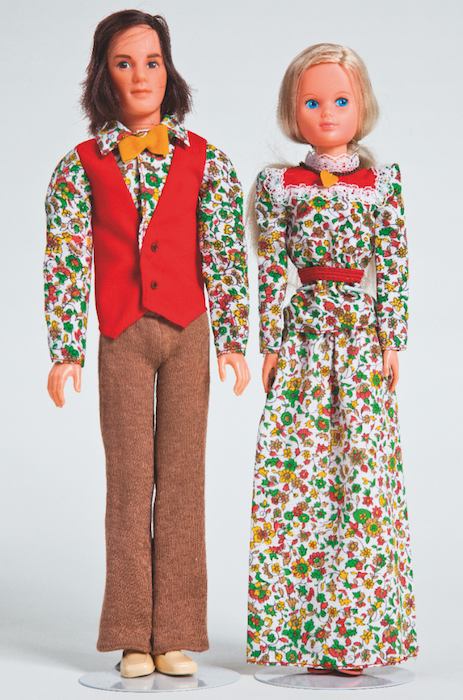 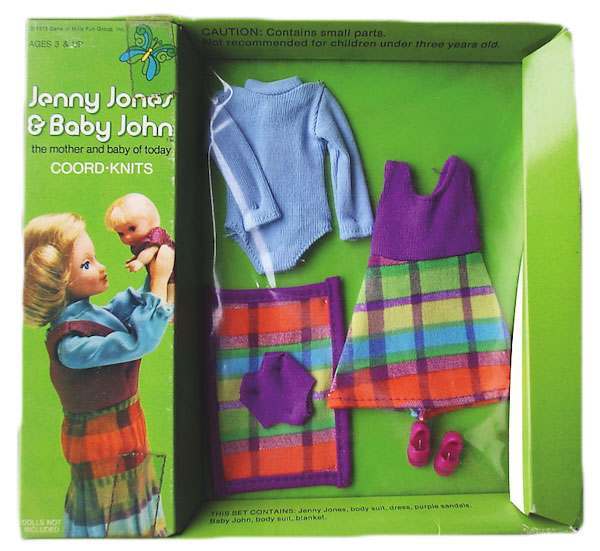 Cult Couple
Young Sweethearts, Mattel, 1975. “Dewy-eyed innocence, fresh flowers, and fashion—who could ask for anything more? P. S.—there is a perfect aural accompaniment to these squishy images; listen to the Monkees’ Davy Jones describing ‘The Day We Fall in Love,’ if you don’t
mind a little nausea.”