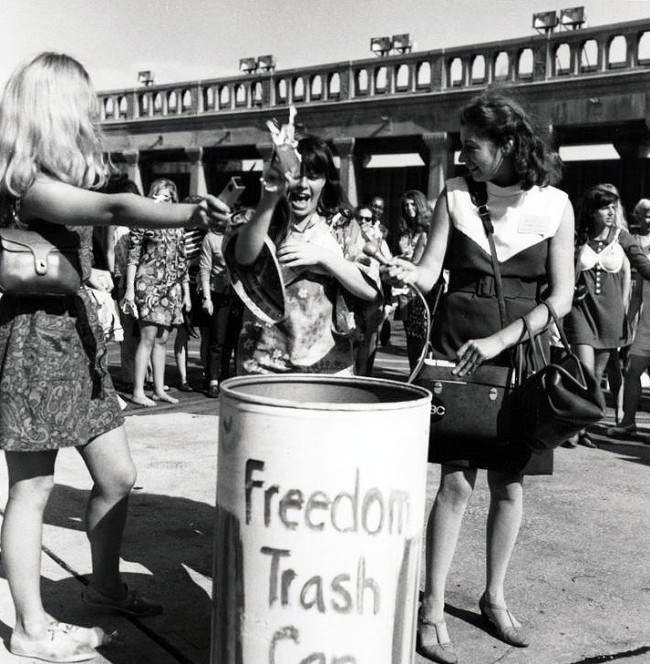 IT is a common misconception that the 1970s were this wildly liberal time where every tradition was fair game. Sure, there were a lot of ‘progressive’ philosophies that entered Main Street which had heretofore been relegated to liberal back alleys.  However, with each New Idea came the predictable resistance.  Nothing epitomizes this better than the Women’s Lib movement which gained traction in the late sixties and became a buzz word for the ensuing decade.

Reading through newspapers from the sixties up through the eighties, you get the distinct impression that the print media had an undying hatred for the cause.  It’s all too cliché to mark the media as longtime Leftist Pinkos, when in reality they exercised conservative bias quite sweepingly… often to a humorous extent (to 2014 eyes, anyway).

Although I appreciate many aims of the Women’s Liberation Movement, some of their ideas annoy me intensely.

In other words, I’m all for equal rights for women; however, the notion strikes me as an irritating rash.  At least the article made a half-hearted pretense to accept Women’s Liberation.  Tabloids  weren’t quite so discreet: 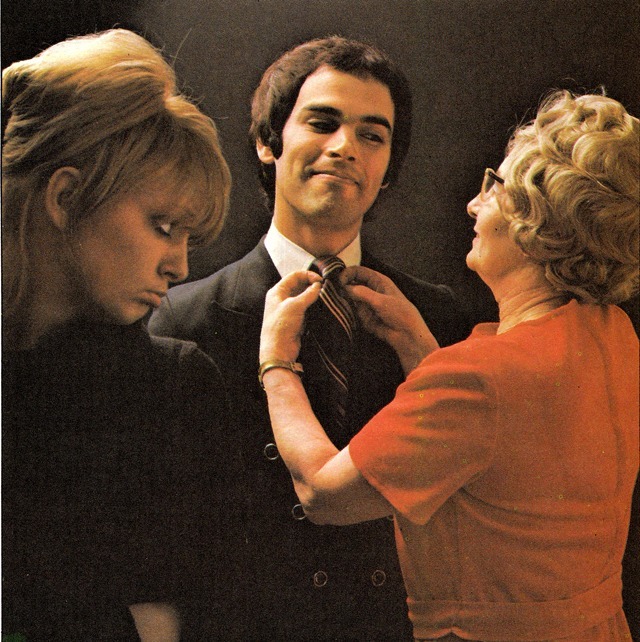 Mummy never made him feel bad about himelf like SHE did.

Of course, substantial cultural change is rarely realized overnight.  Like any societal shift, it takes a while to garner momentum.  After all, they were basically starting from zero.  Take this article from ’73:

Despite all protestations and appeals, Governor Reubin Askew had persistently refused to allow female employees to work in pantsuits, even though other state employees had that privilege.

However, the energy crisis led the governor to reduce the temperature on his office thermostat, and as a concession, he has now lifted the ban on pantsuits — except for his receptionist and his two personal secretaries. 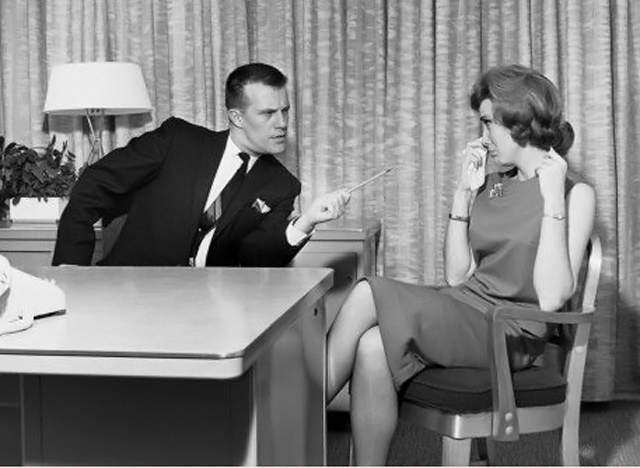 “And don’t go getting any wild notions to stop wearing makeup.”

Yes, just a few decades ago, it was considered a victory for the equal rights of women to be allowed to wear pantsuits! Consider for a moment, the Mad Men mentality that pervaded Western culture during this time. No better example exists than the Burt Bacharach/Hal David classic song “Wives and Lovers”:

Hey, little girl,
Comb your hair, fix your make-up.
Soon he will open the door.
Don’t think because there’s a ring on your finger,
You needn’t try any more
For wives should always be lovers, too.
Run to his arms the moment he comes home to you.
I’m warning you.

Day after day,
There are girls at the office,
And men will always be men.
Don’t send him off with your hair still in curlers.
You may not see him again.
For wives should always be lovers, too.
Run to his arms the moment he comes home to you.
He’s almost here. 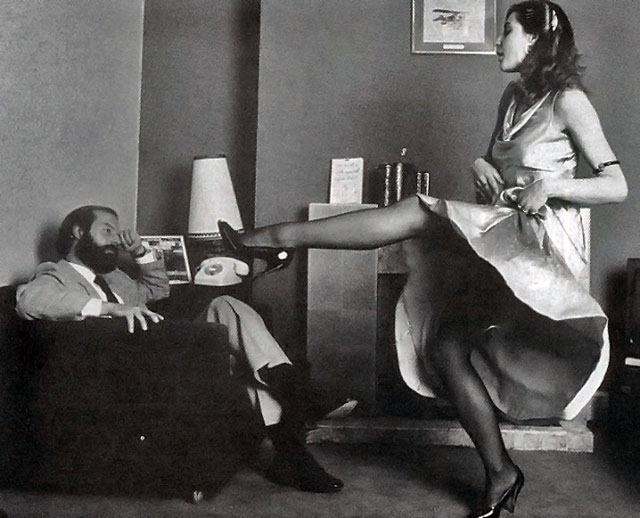 (Yawn) You’re not trying hard enough. Tomorrow when I come home, I want more effort put into pleasing me.

The resistance to Women’s Lib wasn’t just a morale stance; newspapers were only too eager to cite the ill effects of this dreaded feminine plague:

The women’s liberation movement has contributed to a “new impotence” and a lower sex drive in some men while prompting more people to seek sexual therapy, say two top North American experts on sex problems. 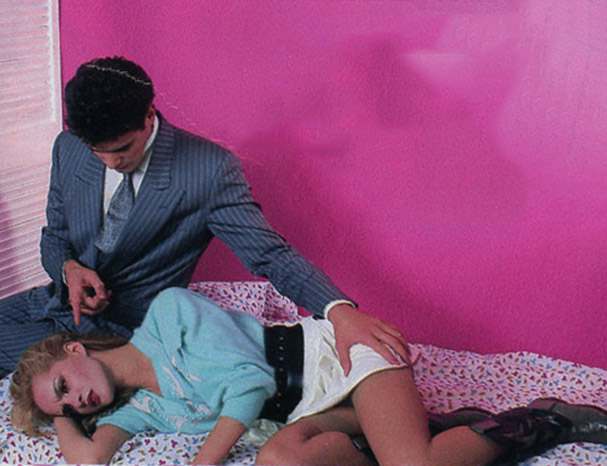 Plus, there were numerous groups bound together with the common purpose of eradicating Women’s Lib once and for all. My favorite: The Pussycat League. Their quotes, editorials and snippets from their books appeared in newspapers across North America:

One of North America’s most precious natural resources is being gravely threatened. Just as surely as our shoreline is slithering into the oil soaked sea, the American woman’s femininity is being eroded.

The inner pollution of the American female seems to be the aim of a wide revolt of embittered women who are seeking nothing less than total equality with the North American male – even if they have to render men and the American system impotent to achieve it. 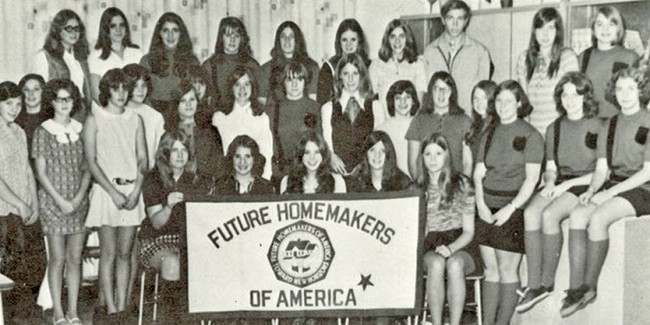 There was also the more visible but no less anti-Lib group, The League of Housewives who proclaimed: “You make the living and we’ll make life worth living.”

So, although the men may have thought unfavorably on the movement, it may have been women themselves who were the most vocal against it. Even so, how can we forget Art Buchwald’s lovely article from March 1972 entitled: “When a Secretary Has Everything, Why Should She Need Women’s Lib?” 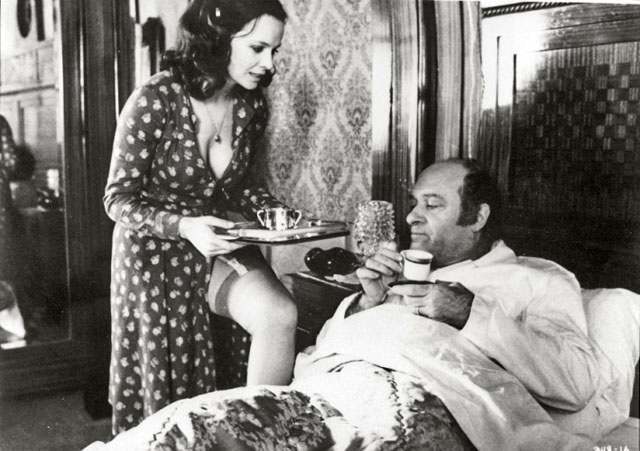 The League of Housewives creed in action: “You make the living and we’ll make life worth living.”

What Would You Call a Woman Seaman? Matey?
Los Angeles Times
July 1970

Now women are demanding to be hired as cooks, stewardesses and galley helpers on oceangoing American freighters. As a friend of women’s lib, I’m afraid they’ve gone too far. 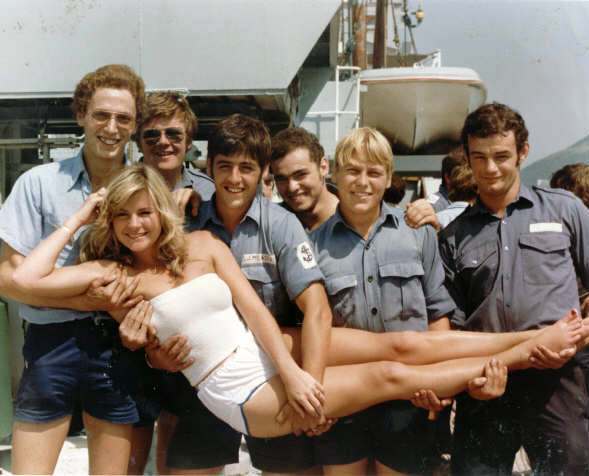 Suffice it to say, changes were being made in Washington DC while the populace was still deeply divided. But what of Women’s Lib in the UK? To read American newspapers, they were still in the Dark Ages:

Tell a British man about Women’s Liberation, and his eyebrows are likely to arch.

“Liberated from what?” he’ll ask, genuinely baffled. “They’ve got the vote, haven’t they?”

Try to explain the new movements – the emerging protest against women’s sense of being exploited – and his face relaxes into a patient smile.

“Oh, you mean those birds who made all the fuss about the Miss World contest,” he’ll say. “Come, come, surely you don’t take them seriously.” 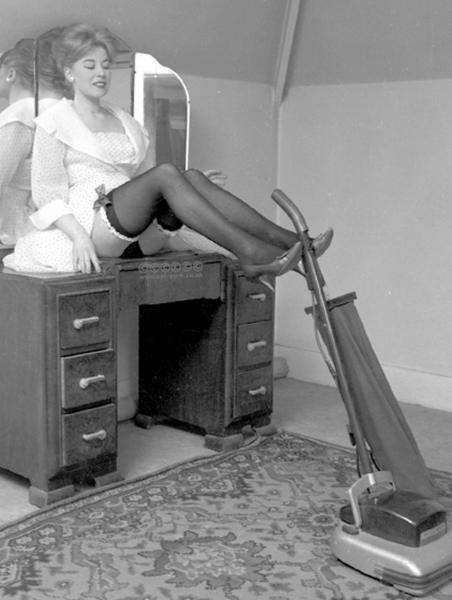 Hollywood, always the reliable flag bearer for liberal agendas, still had its cadre of old guard actors and actresses. So, it was a united front as one might think. This from Lucille Ball:

No, I’m not in favor of Women’s Liberation. I don’t have anything I want to be liberated from. I imagine there was a lot of discrimination during my career, but I wasn’t aware of it. If men discriminated against me as a corporation president, I deserve it. I was stupid, and it didn’t matter whether I was a man or woman.” 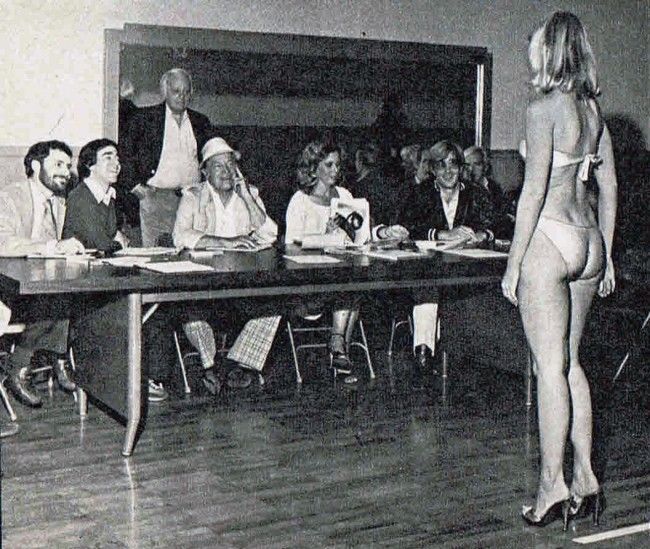 Bob Hope has no problem with Women’s Lib. Just as long as they keep wearing high heels and bikinis.

So, here we are forty plus years later.  Whether you feel the movement was a success or still has a long way to go is a topic for another day.  What is interesting is encountering the opposing opinion from newspapers of yore, which seem just outrageous today.   True, a topic as nuanced as the Women’s Liberation movement doesn’t benefit from our automatic knee-jerk favor – it certainly had its misguided moments as well.  But you have to admit, touring through our politically incorrect past was a damn fun time.