FLASHBACK to August 5, 1953: Exiled Egyptian King Farouk strolls in the sun by the swimming pool at singer Gracie Fields’ restaurant, Canzone del Mare, on the Isle of Capri, Italy. King Farouk and his family spent time as guests of the British star. With Farouk is his wife, Queen Narriman, their young son, the new King Ahmed Faud II, and three daughters of Farouk from a previous marriage. (AP Photo) 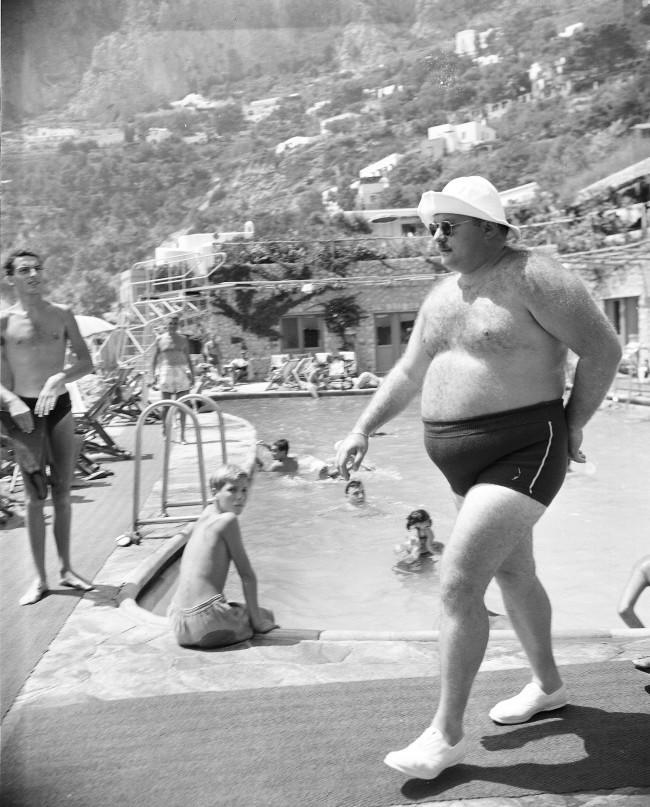