WE recently took a look at some particularly insane record covers from the Netherlands and Sweden. Hopefully, we’ve allowed you enough time to recover because today we are continuing our world tour of batshit crazy record sleeves. This time, we are moving on to Hispanic countries.  Buckle up, my friends.  It’s bound to be a bumpy ride. 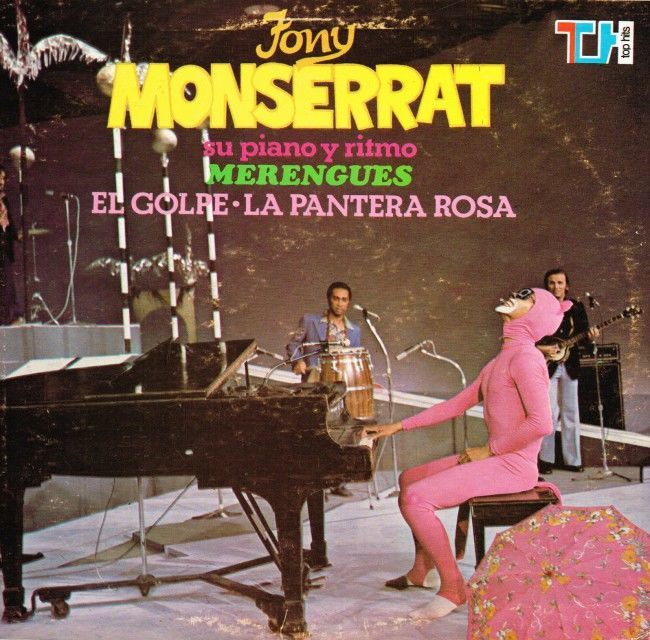 What does one say at the sight of a grown man in Pink Panther pajamas pleasuring himself?    I’ll just quote Joseph Conrad’s Heart of Darkness: “The horror… the horror…” 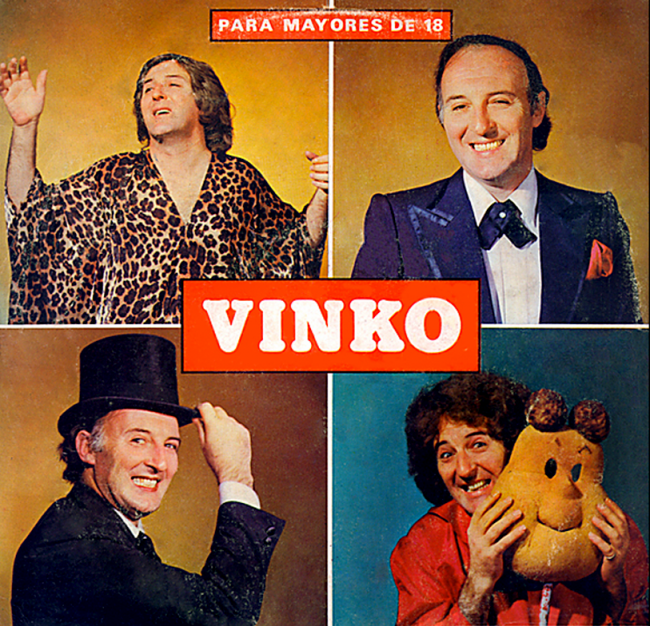 Vinko was a beloved comedian in Argentina, so I’ll refrain from expounding on how simultaneously cheesy and disturbing this cover is.   I’m not sure which I find more creepy, the disturbing mask or Vinko’s leopard print muumuu. (FYI – I’m told that the mask is Little Lulu (La pequeña Lulú); originally a US comic strip character that became quite popular in many South American countries….. which doesn’t make this picture any less troubling) 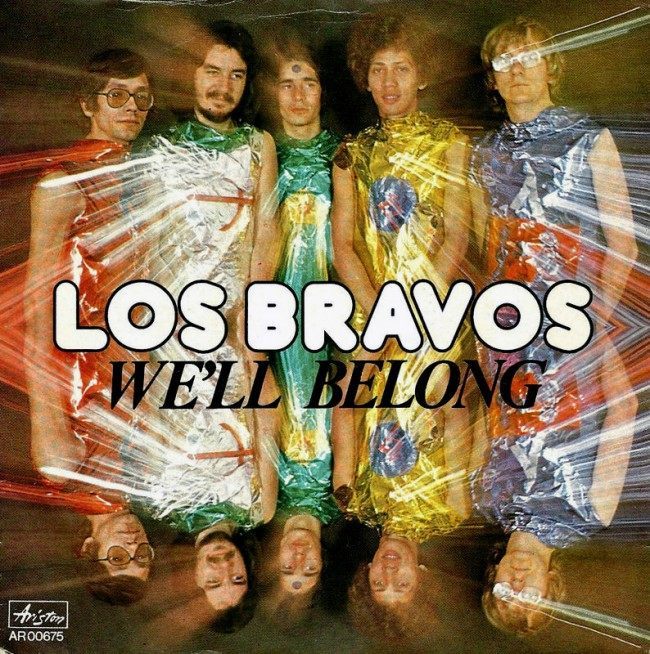 Los Bravos had a big hit with “Black is Black” in 1966, but by ’75 they were making some pretty bad decisions – these sleeveless tin foil tabards being a prime example.  The guy in silver (second from left) is obviously squeezing out a fart. Perhaps he’s just testing the acoustics of his tin foil trousers. 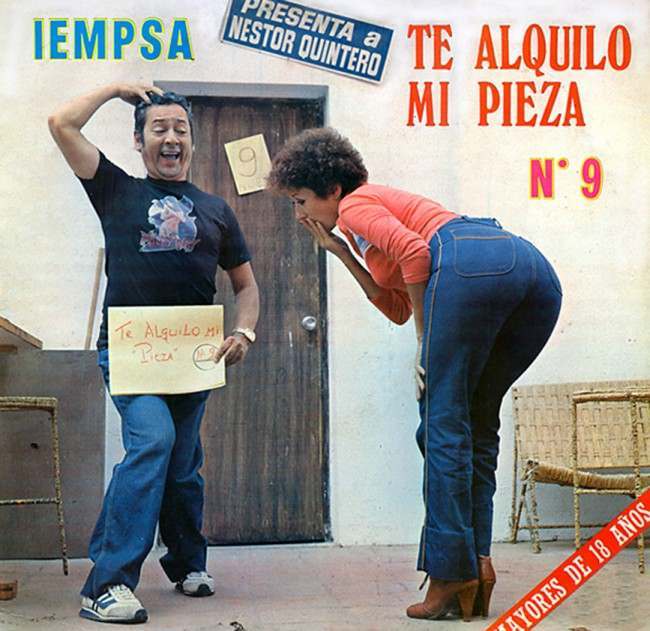 I’m not fluent in Spanish, so I had some help from a Mexican friend interpreting this one.  The sign Nestor Quintero holds over his crotch reads “Room for rent”, which is meant as a double entendre.  Notice “pieza” is in quotation marks, because it could also mean penis (i.e. I’ll rent you my penis).   ¡Ay, caramba! 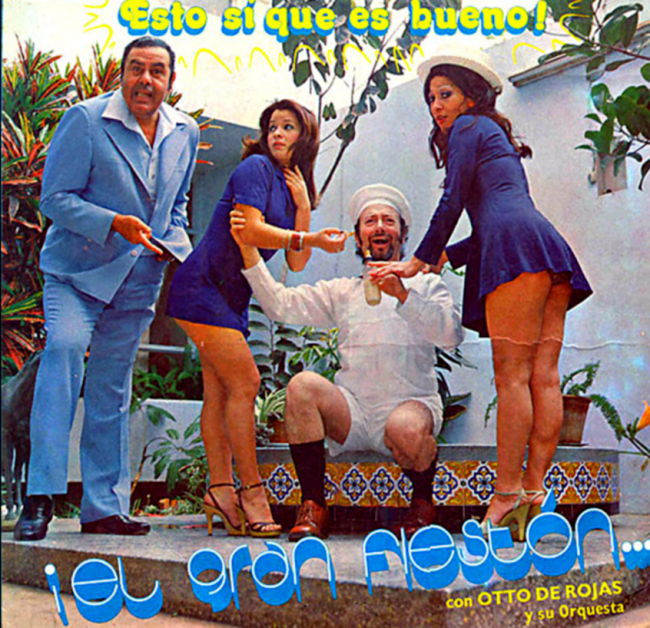 A man dressed as a chef… in his underwear… grabbing a hold of a couple mamasitas…. Just your average day in Peru, I suppose.  On a side note, I’m starting to get the distinct impression that female backsides are ‘muy apreciado’ in Spanish speaking countries. 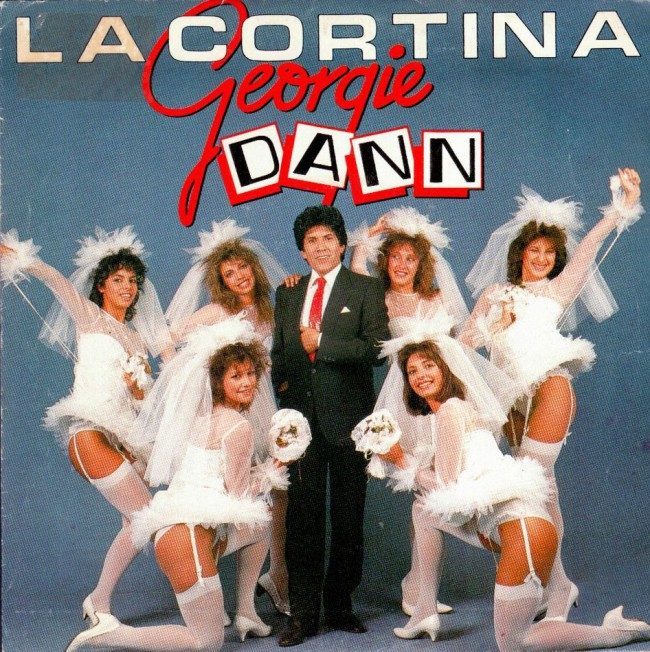 This may be the best advertisement for polygamy I’ve ever seen.  Note to the Mormon Church:  Use this for all your brochures and your number of followers will increase a hundredfold. I guarantee it. 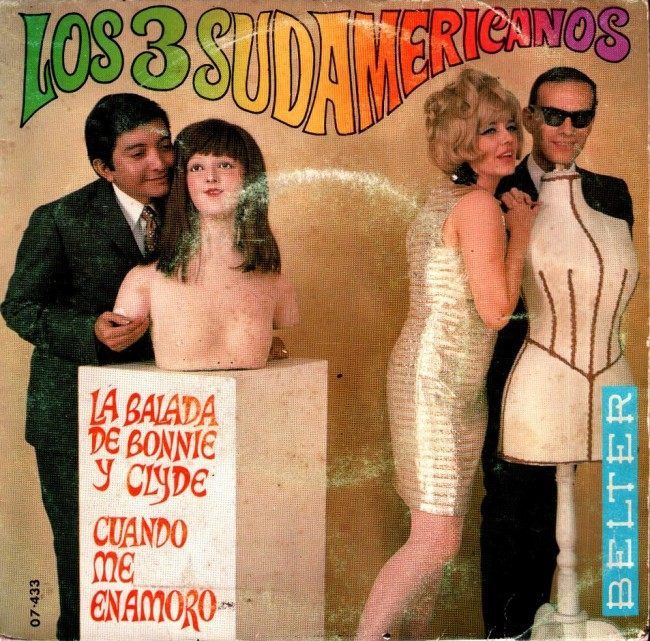 Should I be at all disturbed by the fact that one of these South Americans is getting frisky with a topless mannequin?   I don’t know whether to just laugh uncomfortably or alert the authorities. 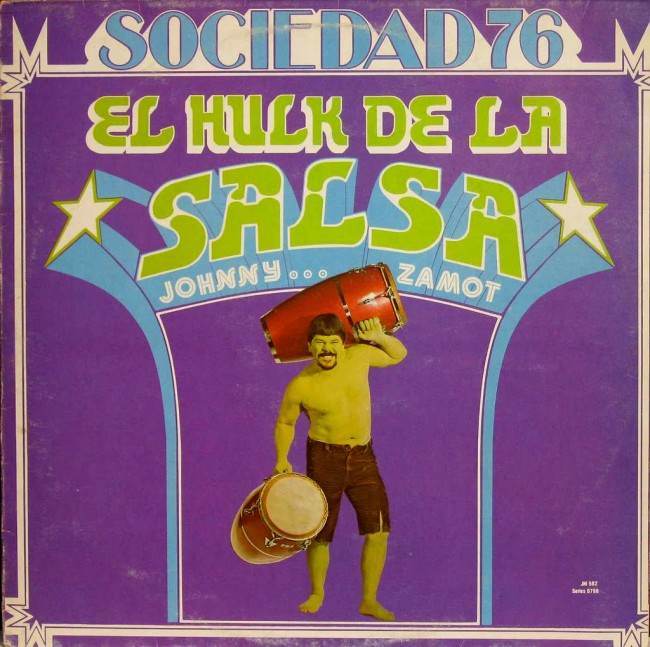 Be on the lookout for the new Marvel team-up: The Hulk of the Salsa, Thor of the Guacamole, and Wolverine of the Queso Dip. 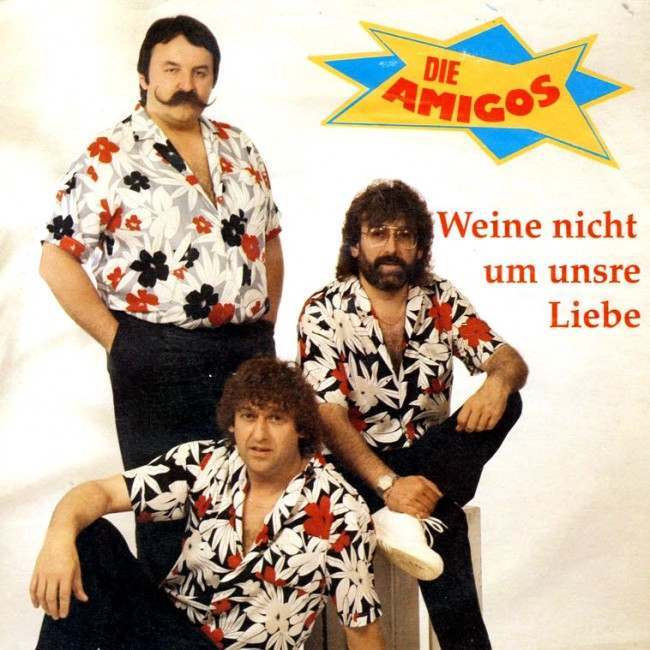 Hey, wait a minute.  These guys are about as Spanish as Kaiser Wilhelm.  Impostors!  Let’s just move on and pretend this never happened. 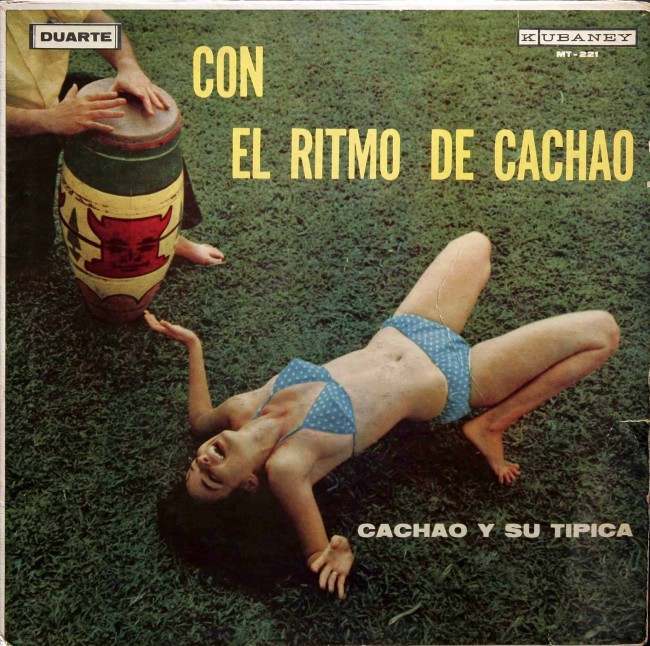 What exactly is going on here? Either this is how they actually dance in Cuba, or this poor woman has stepped on a Lego.  Those damn things hurt when barefoot – I feel her pain. 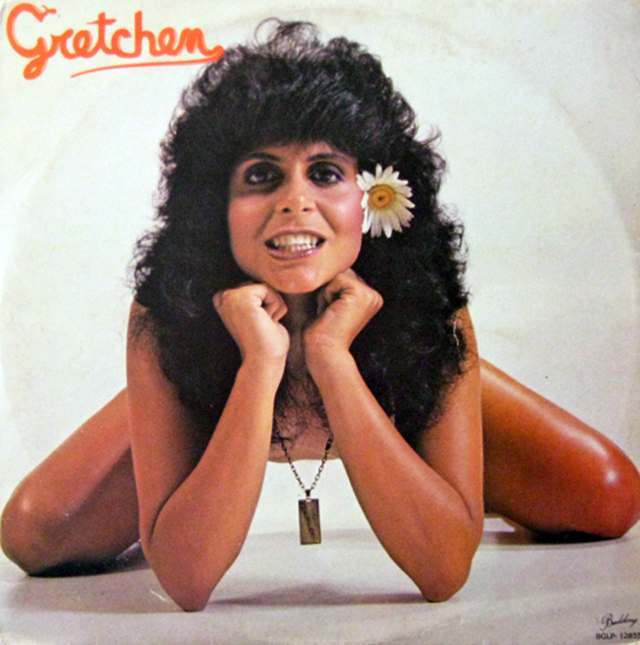 According to Wikipedia, Gretchen became notorious as the Rainha do Bumbum  (“Butt Queen”) and Rainha do Rebolado (Queen of Ass).  What is a “Butt Queen” and “Queen of Ass” you ask?   No idea, but my theory on the holy reverence placed on the female backside in Spanish (or Portuguese) speaking countries has just been solidly reaffirmed.