Before we meander through these old comic book adaptations of US TV shows, it should be said that these comics were done quickly and on the cheap – we’re not talking about award-winning graphic novels here.  So, in a sense, these tattered and faded TV knock-offs are exactly what we should expect – poorly drawn, nonsensical and, most of all, a lot of fun to look at 40 or so years later.  Let’s have a look!

I Dream of Jeannie 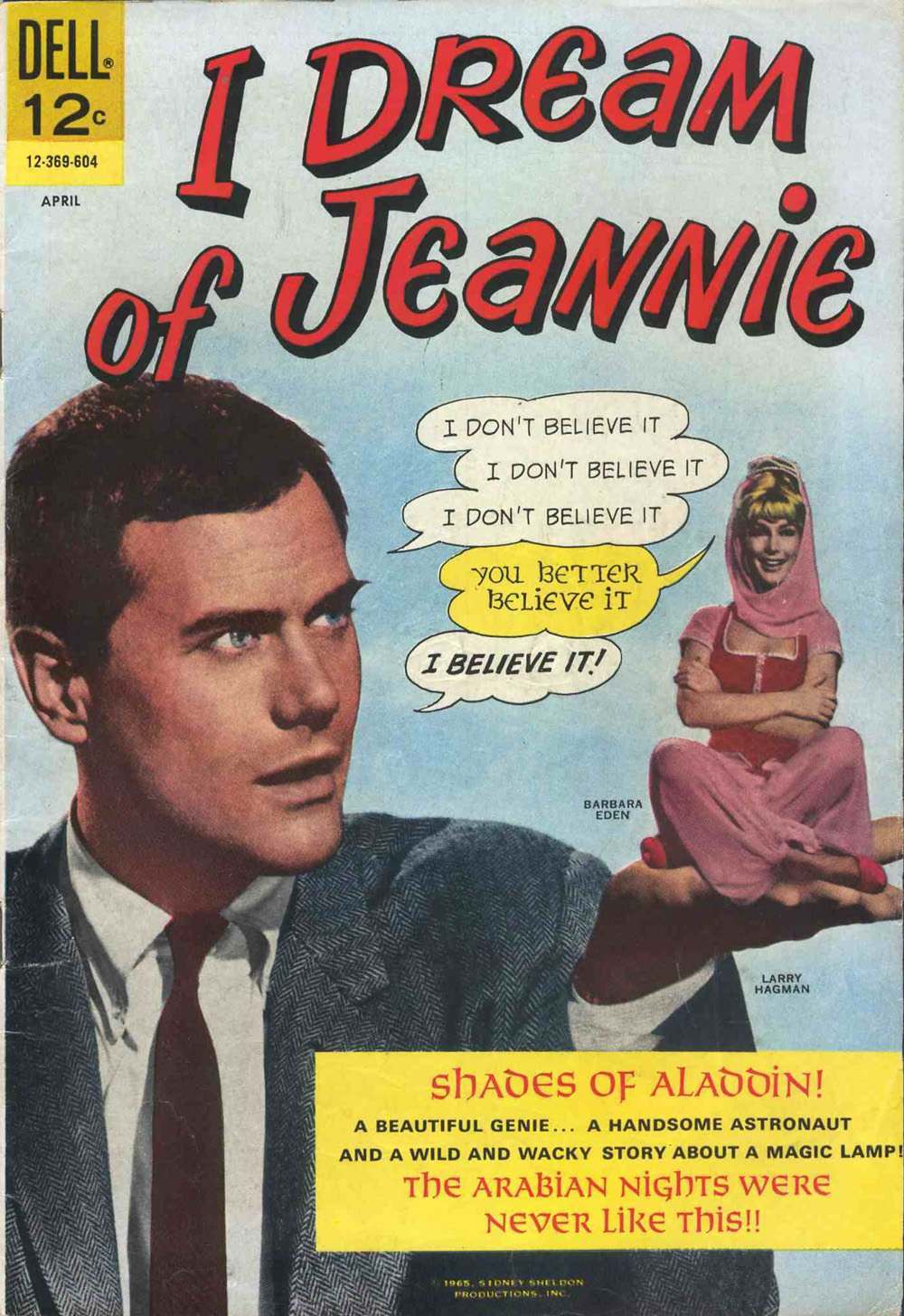 With each comic we look at, we’ll look at a couple panels to give you a taste of the horrors inside.

You would never-ever-never see Major Nelson battling a crocodile in the TV series…. and here lies the problem with these sitcom comic adaptations.  1960s-70s sitcoms basically took place at 1-2 locations and consisted of just a long string of gags. That makes for a pretty lame comic book – especially the youth market these comics were geared for.  Thus, you have Major Nelson going medieval on a giant croc.  It just had to be.

This is more typical of the show: jealous Jeannie putting the kibosh on “Master’s” potential love interests.  Unfortunately, as with all TV comic adaptations, the artwork is dreadful. 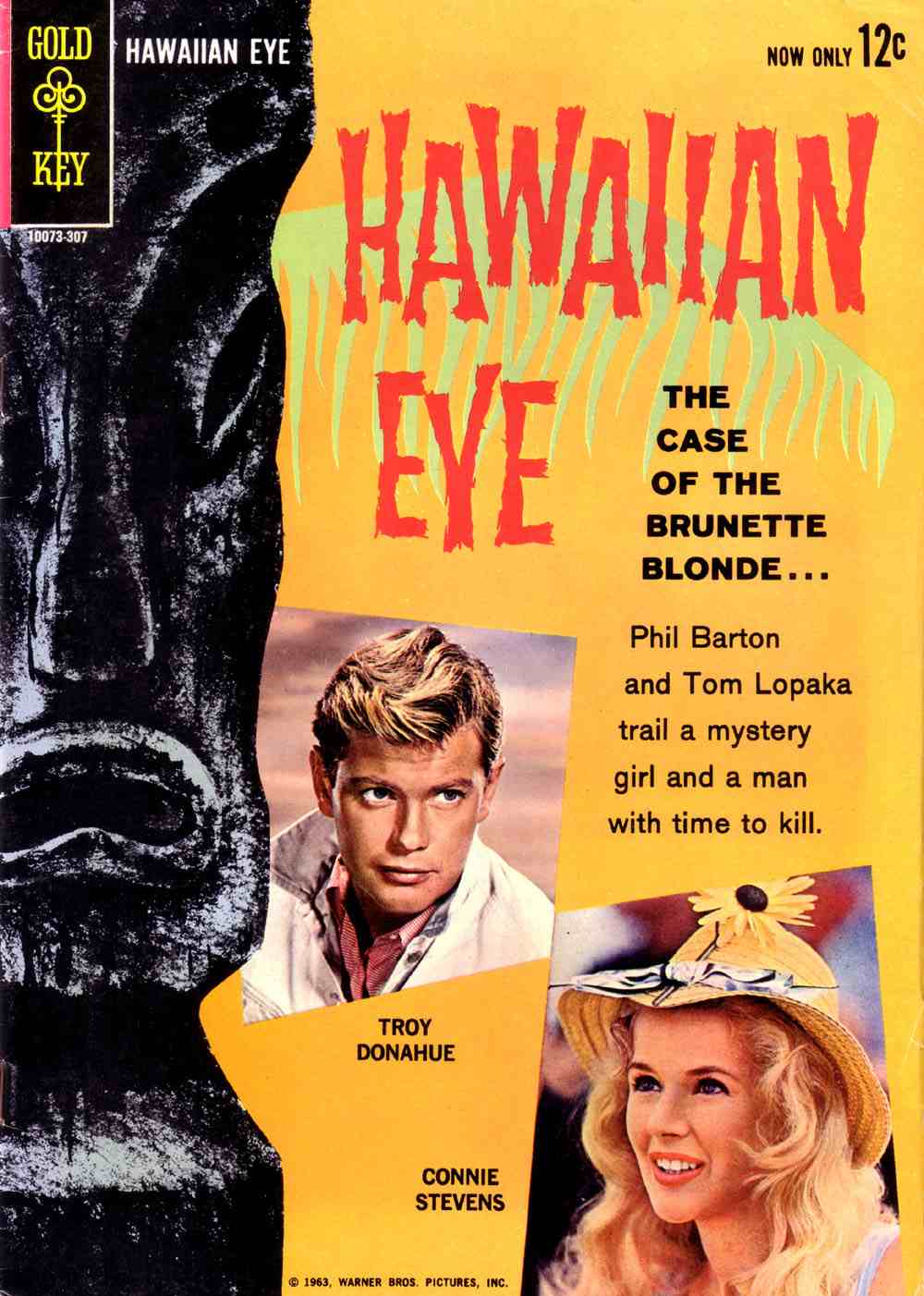 Dreamboat Troy Donahue and perky Connie Stevens aren’t enough to make this a comic book anyone on Planet Earth would ever want to purchase.

At first you may wonder if any 60s kids were even familiar with a singularly grown-up (i.e. as boring as watching a banana take a nap) show like Hawaiian Eye…. but remember: homes in the 1960s were lucky to have even one television, and that TV was ruled by dear-ole-dad with absolute authority.  So, you watched what dad watched – end of story. 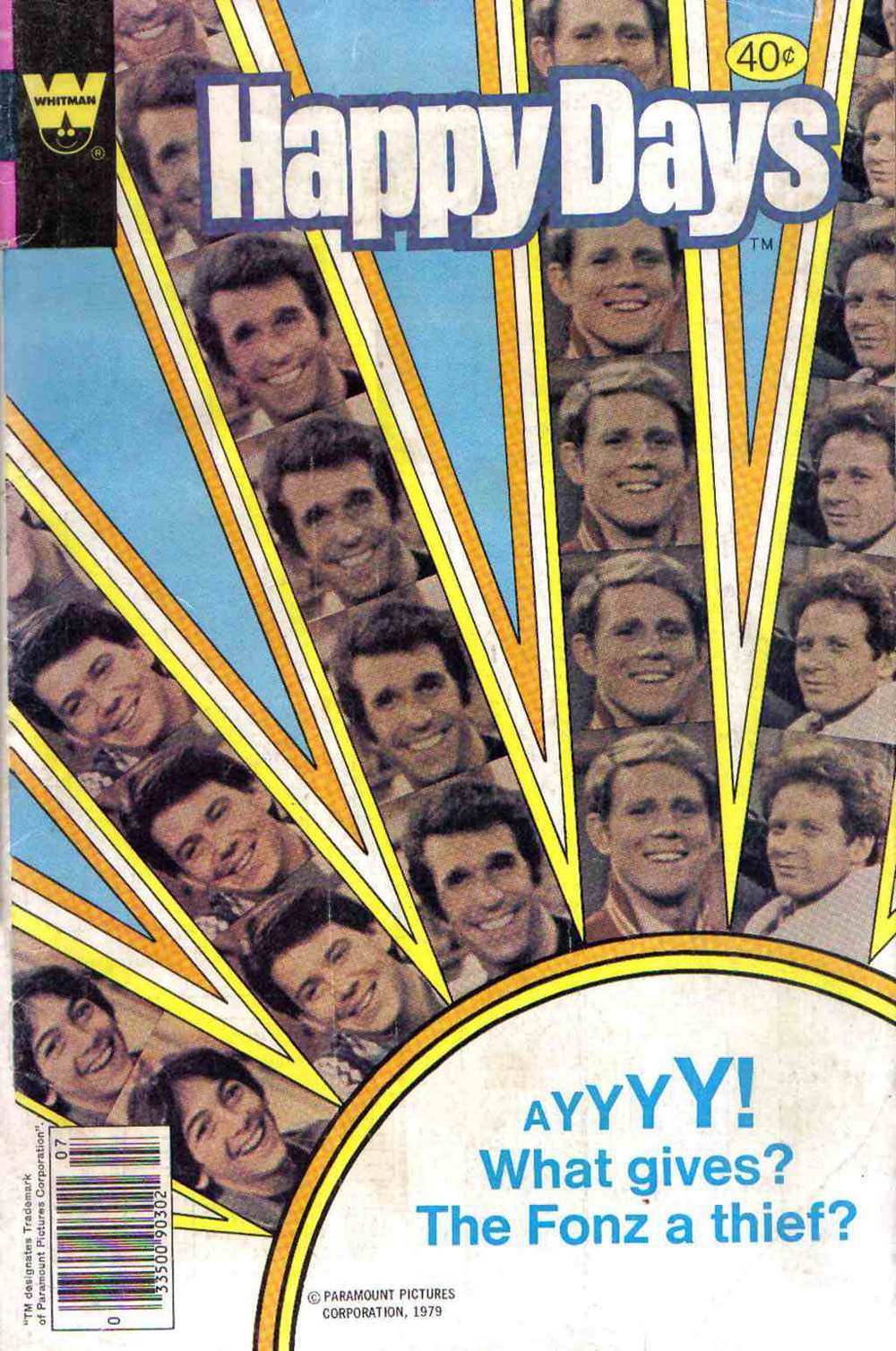 Ah, this is better – a show kids could appreciate.  Surely, they won’t mess this one up…

What the hell?  There’s a man assaulting a waitress in a Happy Days comic?  According to the story, he’s been committing home invasions and our beloved Fonzie is taking the blame.  Turns out, it’s just this douchebag and Ritchie is there to expose him.

Noticed how he looks absolutely nothing like Ritchie?  Welcome to the world of TV comics, where capturing likenesses is never in the artists’ skill set.

Ugh.  Chachi’s “Wah Wah Wah” was easily the worst catchphrase of the Seventies. 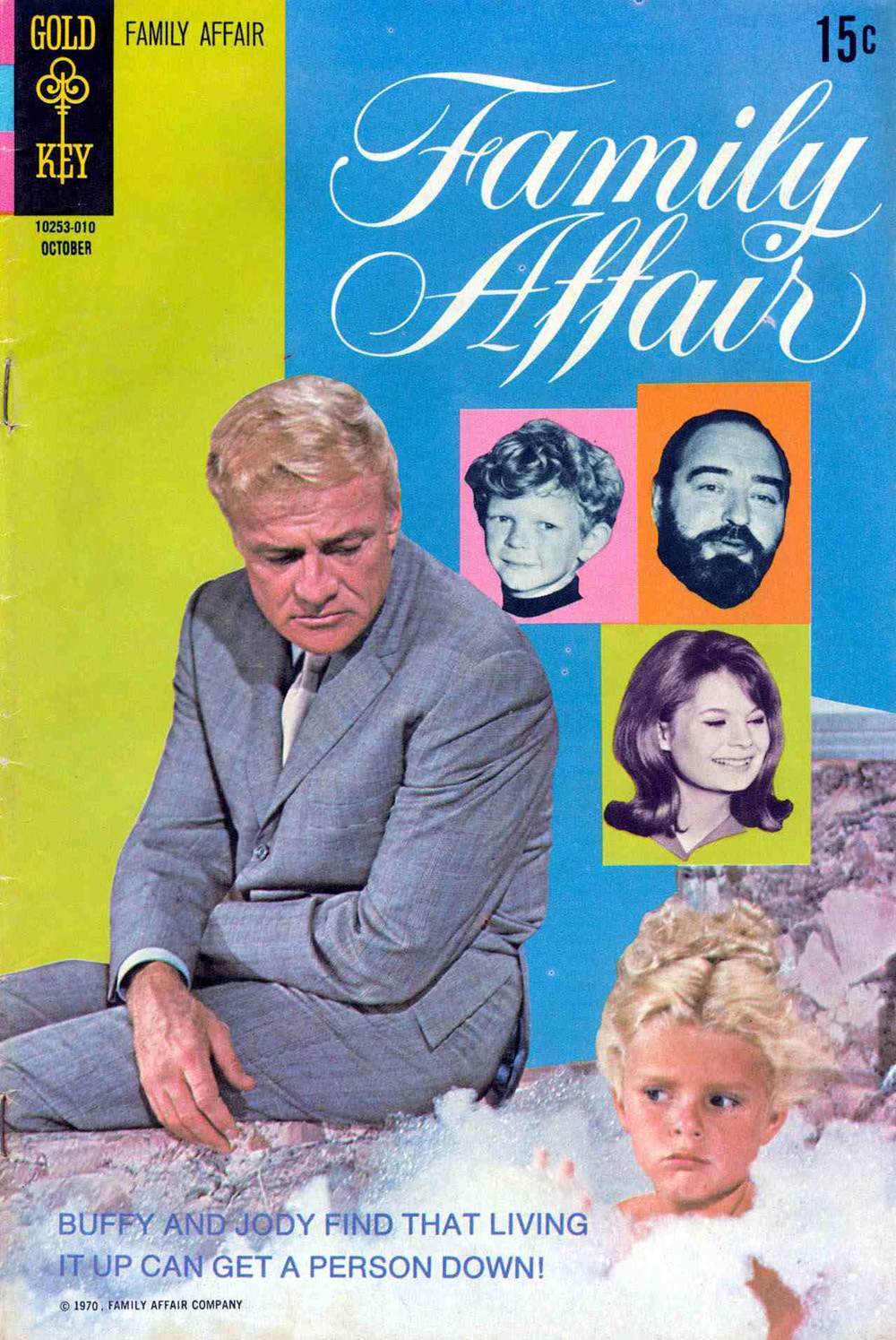 What happens when a swinging bachelor and his gentleman’s manservant are stuck taking care of children?  Let the alternating hilarity and heartwarming ensue.

In this story, Jody must attend his school’s dance where he winds up having to dance with the chubby girl — the horror!  I especially like her intro where she admits she doesn’t know what it’s like to say “no” to a boy.  Awkward.

Great Scot!!  Buffy in clown makeup will haunt my nightmares this evening, guaranteed. 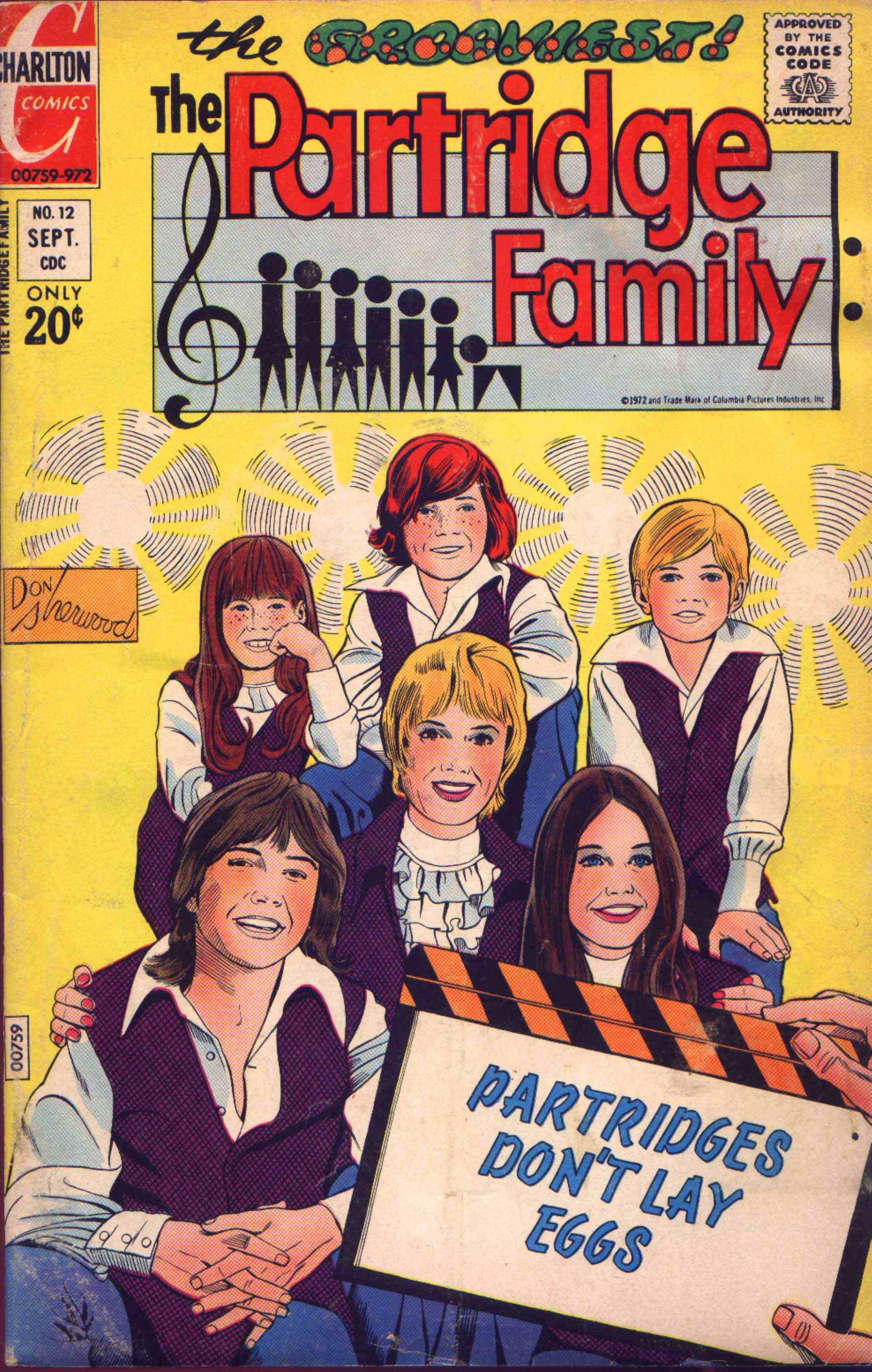 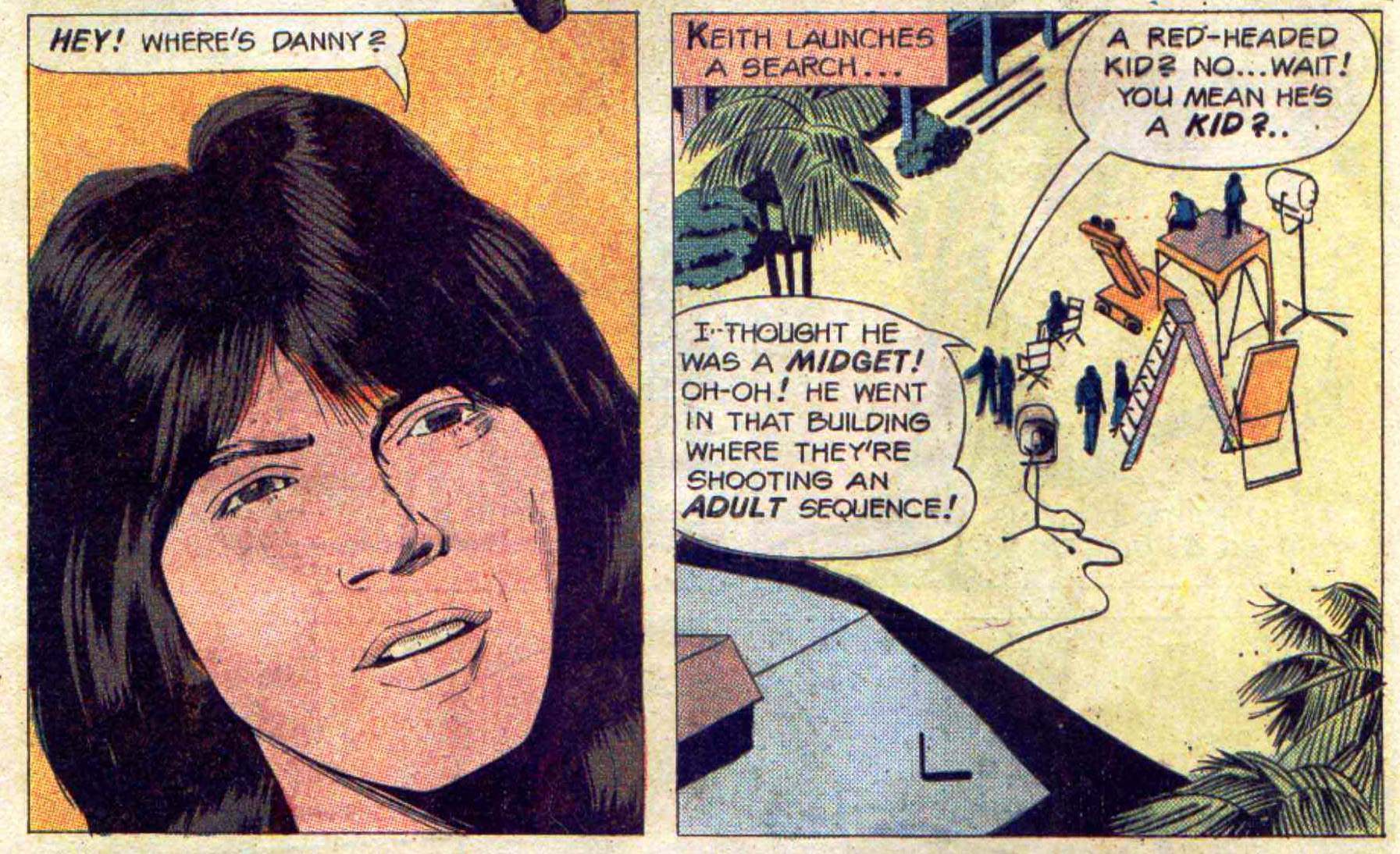 So, they’ve lost Danny and inquire about his whereabouts. A movie director tells them he thought Danny was a midget, so he sent him to the set of an adult film…. 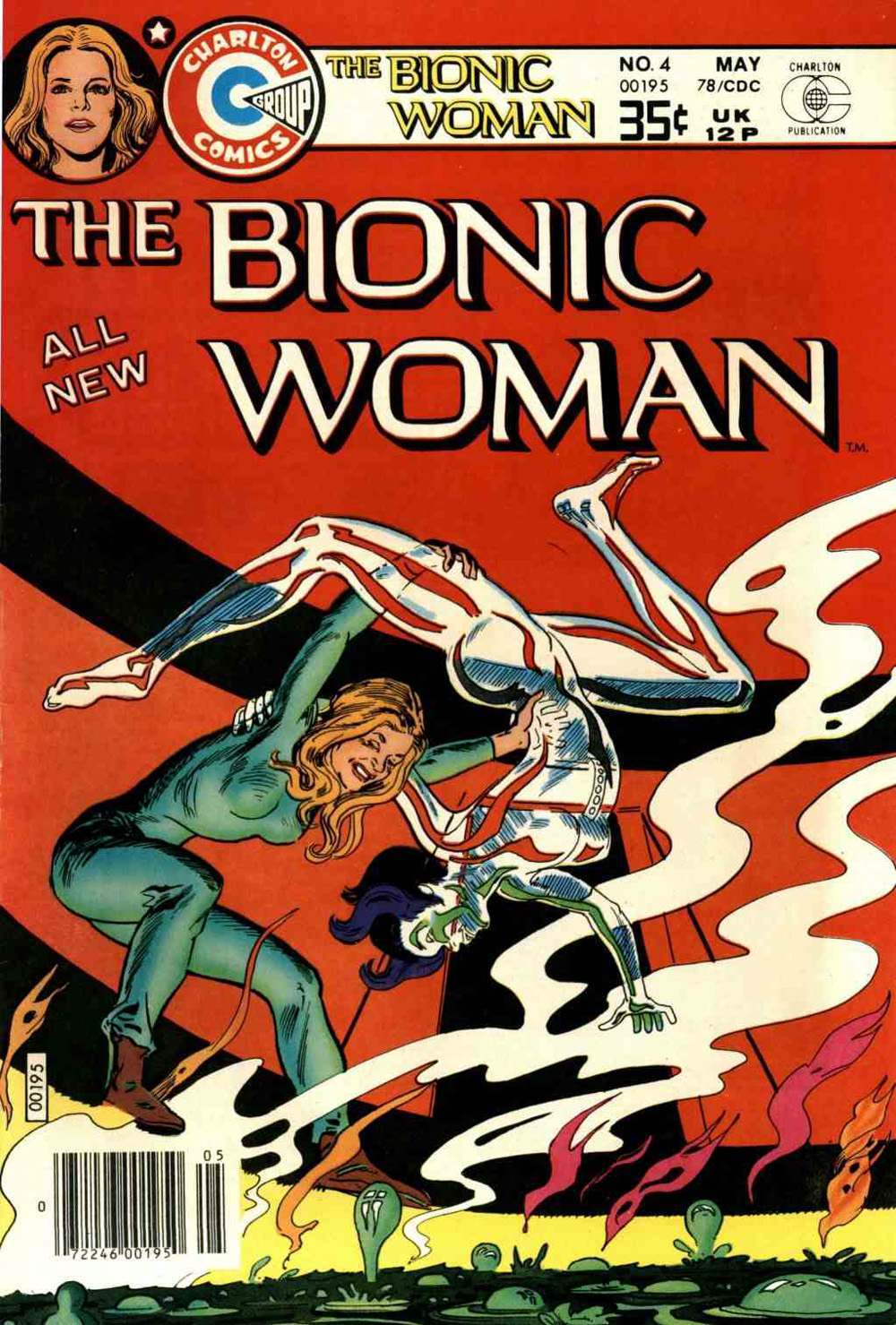 The Bionic Woman would seem to be tailor made for comic book adaptations; however, the awfulness is here like all the others….. plus, there’s something a bit pervy going on. 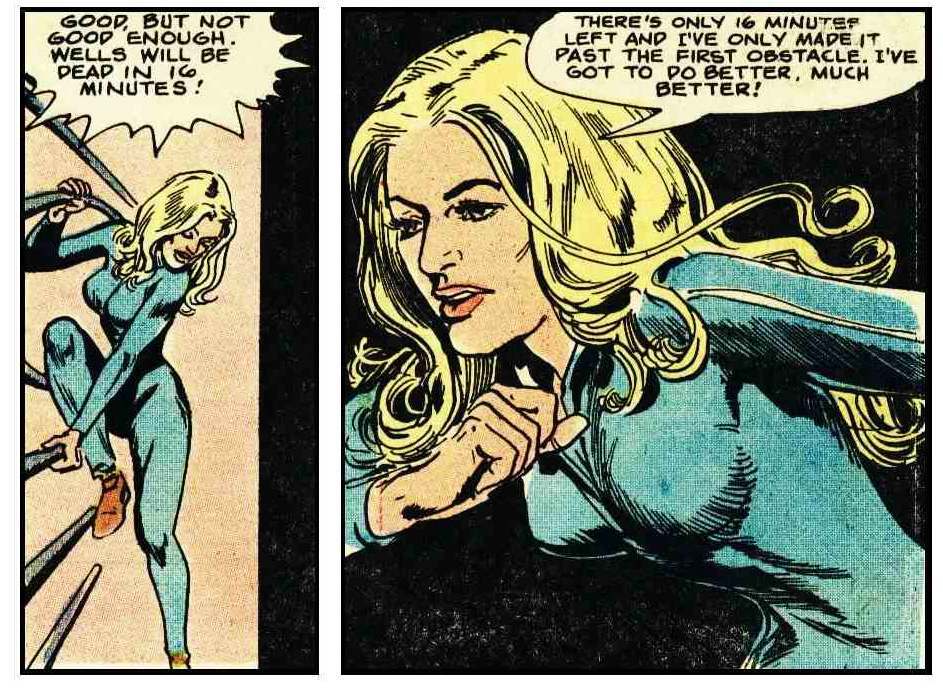 Jamie Sommers’ trademark jogging suit was never this form-fitting on the show.  Had it been, I think ratings would have been better. 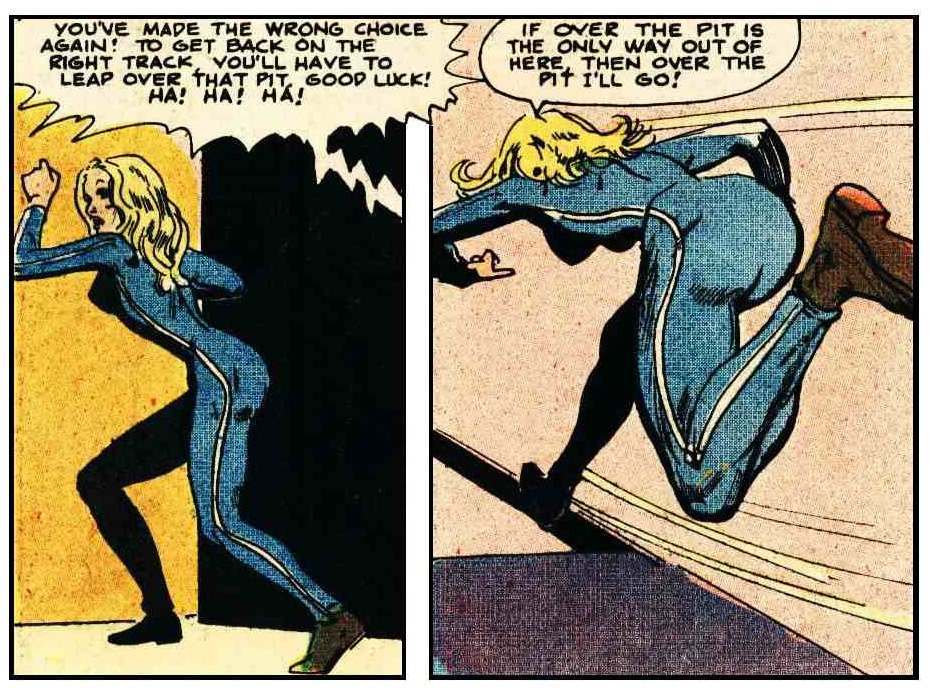 Just wow.  This is truly the oddest artistic rendering of someone running I have ever laid eyes upon.  I stand in absolute awe of its horribleness.  But wait, there’s more… 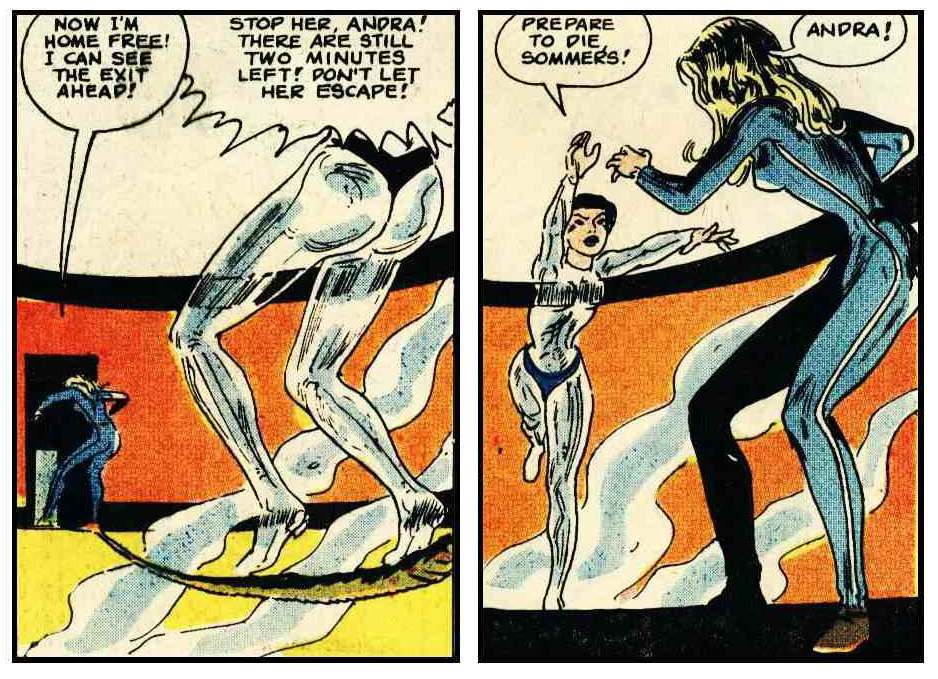 Jamie must battle a woman whose completely invisible… except for her head, hands and thong panties.  Yes, you read that correctly.  Jamie’s arch-enemy in this issue is a the Partially Invisible Woman.  What in the ever-lovin’ f**k?   Yeesh.  I think this is where we get off, folks.  More TV comics to come (if I can summon up the stamina).  Until then. 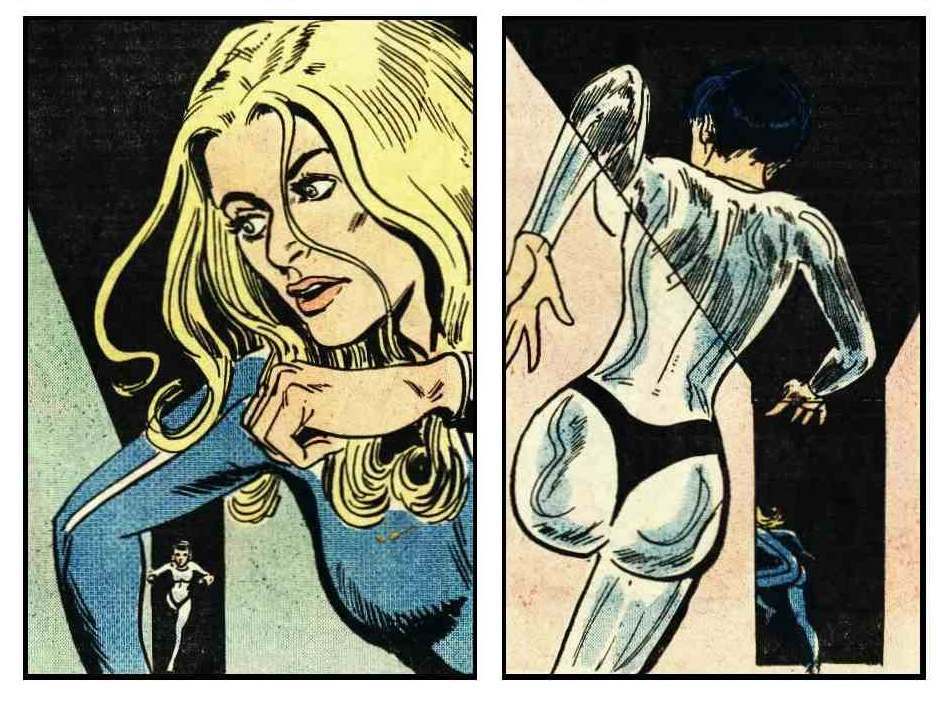