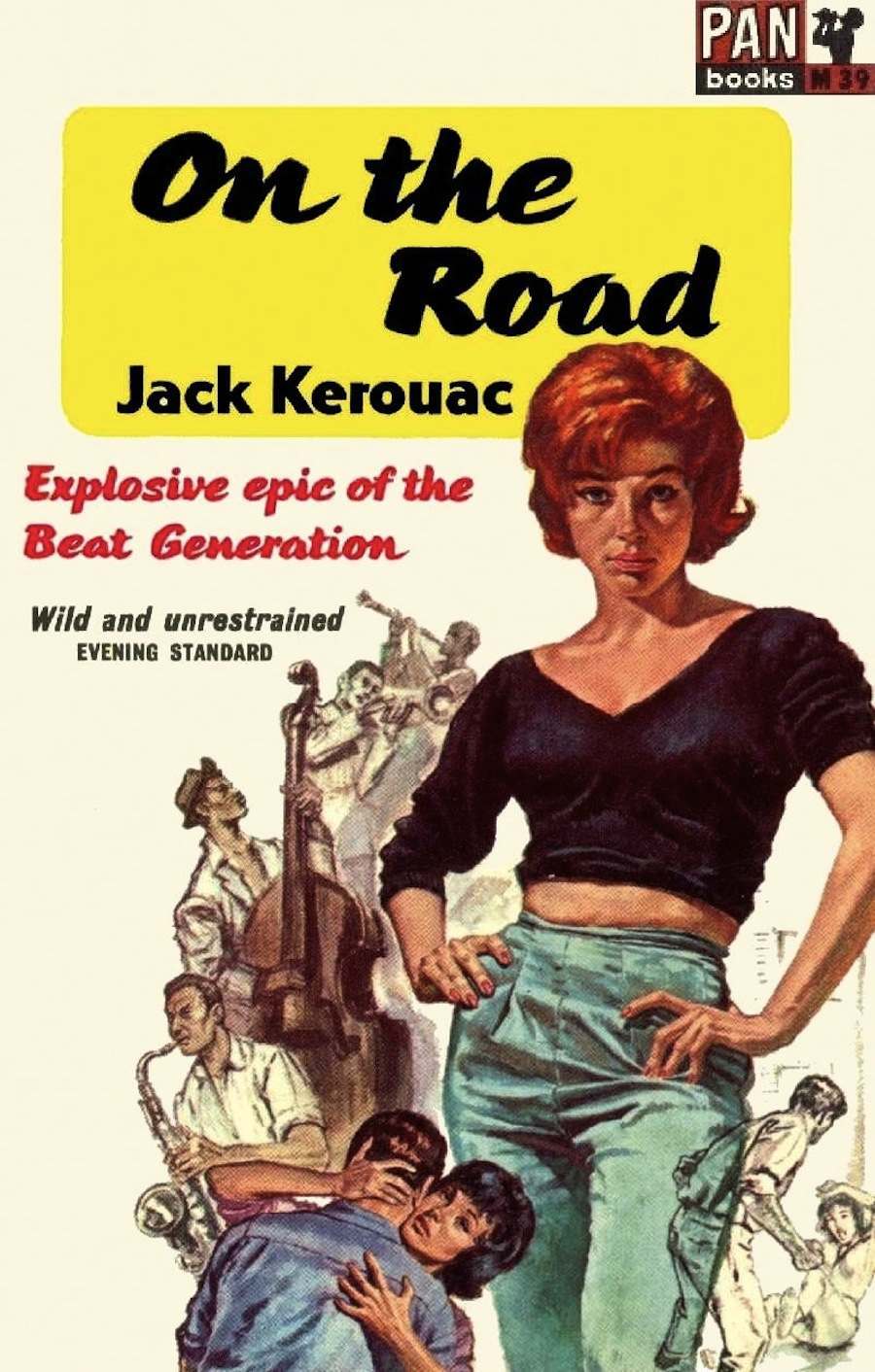 As anyone who has read Jack Kerouac knows, his novels are filled with real people and real events that have been reflected through the prism of his imagination.  Over sixteen books Kerouac told a fictional autobiography through his alter ego Jack Dulouz–from childhood memories of his older brother’s death (Visions of Gerard), to being a washed-up drunk on the verge of a nervous breakdown (Big Sur), he used his life as the source of his writing.

For Kerouac, the only ones were “the mad ones”:

the ones who are mad to live, mad to talk, mad to be saved, desirous of everything at the same time, the ones who never yawn or say a commonplace thing, but burn, burn, burn like fabulous yellow roman candles exploding like spiders across the stars.

By inclination he gravitated towards the outsiders–the low-lifes, the hustlers, the freight-hoppers, the junkies and the small-time criminals who were “rising and roaming” across 1940’s America. Out this unwieldy cultural movement came the Beat Generation:

…solitary Bartlebies staring out the dead wall window of our civilization–the subterraneans heroes who’d finally turned from the ‘freedom’ machine of the West and were taking drugs, digging bop, having flashes of insight, experiencing the ‘derangement of the senses,’ talking strange, being poor and glad, prophesying a new style for American culture, a new style (we thought), a new incantation

The Beat Generation was made famous by the publication in September 1957 of Jack Kerouac’s novel On the Road . Written on one long scroll of paper, in three benzedrine-fuelled weeks, On the Road is the story of two friends Sal Paradise (aka Jack Kerouac/Jack Dulouz) and Dean Moriarty (Neal Cassady) and their aimless travels across America in search of the mythical dream. Based on the notebooks that Kerouac kept of his and Cassady’s travels across country between 1947 and 1950, On the Road was an overnight success, making Kerouac reputation, bringing him an unwanted fame and popularity that was to eventually prove his undoing.

On the Road was a defining novel for a generation of Baby Boomers, who were inspired to take off, live, seek enlightenment, and do their own thing. Though badly dated, the novel is still a go-to book for a younger generation of teenagers and twenty-somethings who seek self-assurance, purpose and meaning in a fractured world.

This is the first time I have seen one photograph containing all of the people who ended-up as characters in On the Road. Starting with Kerouac as Sal Paradise and Neal Cassady as the “holy goof” Dean Moriarty, the image shows all of the main characters featured in the novel. From girlfriends and wives–Carolyn Cassady (Camille), LuAnne Henderson (Marylou), Diana Hansen (Inez); to Beat writers–Allen Ginsberg (Carlo Marx), William S. Burroughs (Old Bull Lee), John Clellon Holmes (Ian MacArthur, though listed as “Tom” here), Herbert Huncke (Elmer Hassel); to friends and accomplices–Lucien Carr (Damion), Joan Vollmer (Jane), Jim Holmes (Tom Snark) and Al Hinkle (Ed Dunkel).

Kerouac had always wanted to keep the names of his characters the same throughout all of his “Legend of Dulouz” novels but because of the objections of his early publishers, he “was not allowed to use the same person’s name in each work.” 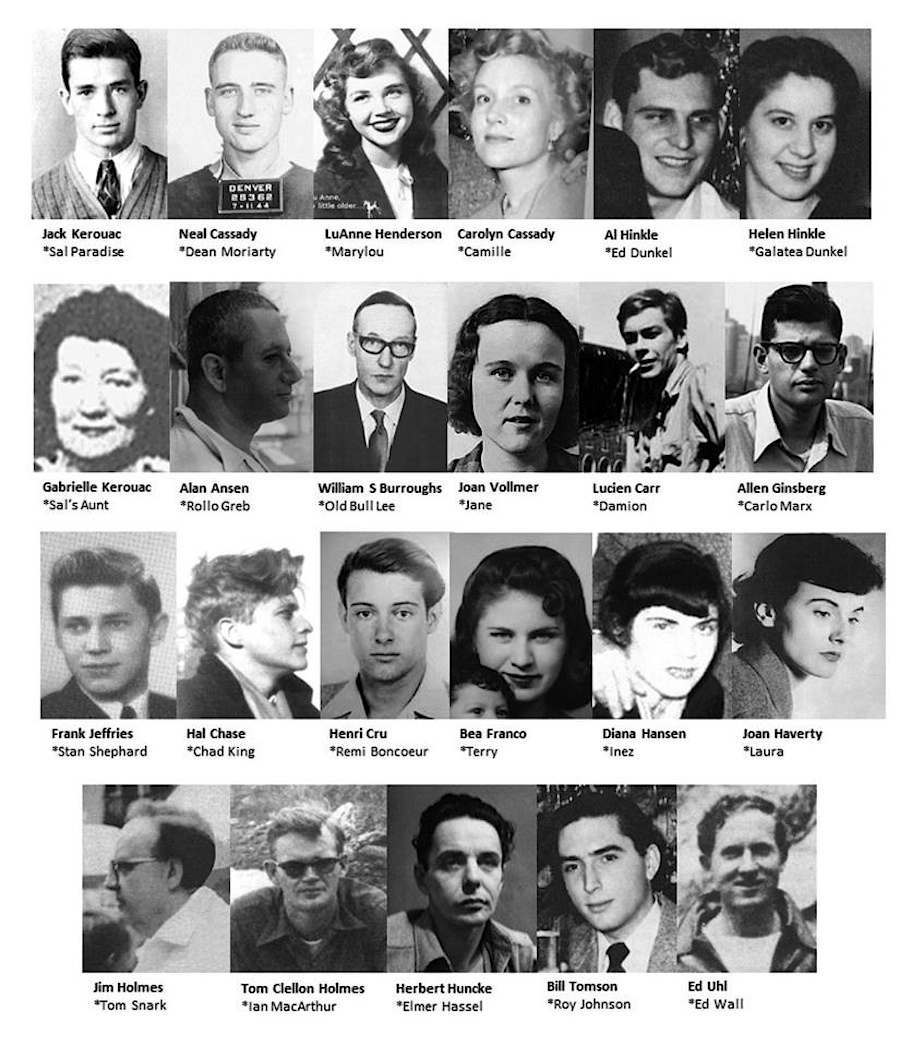 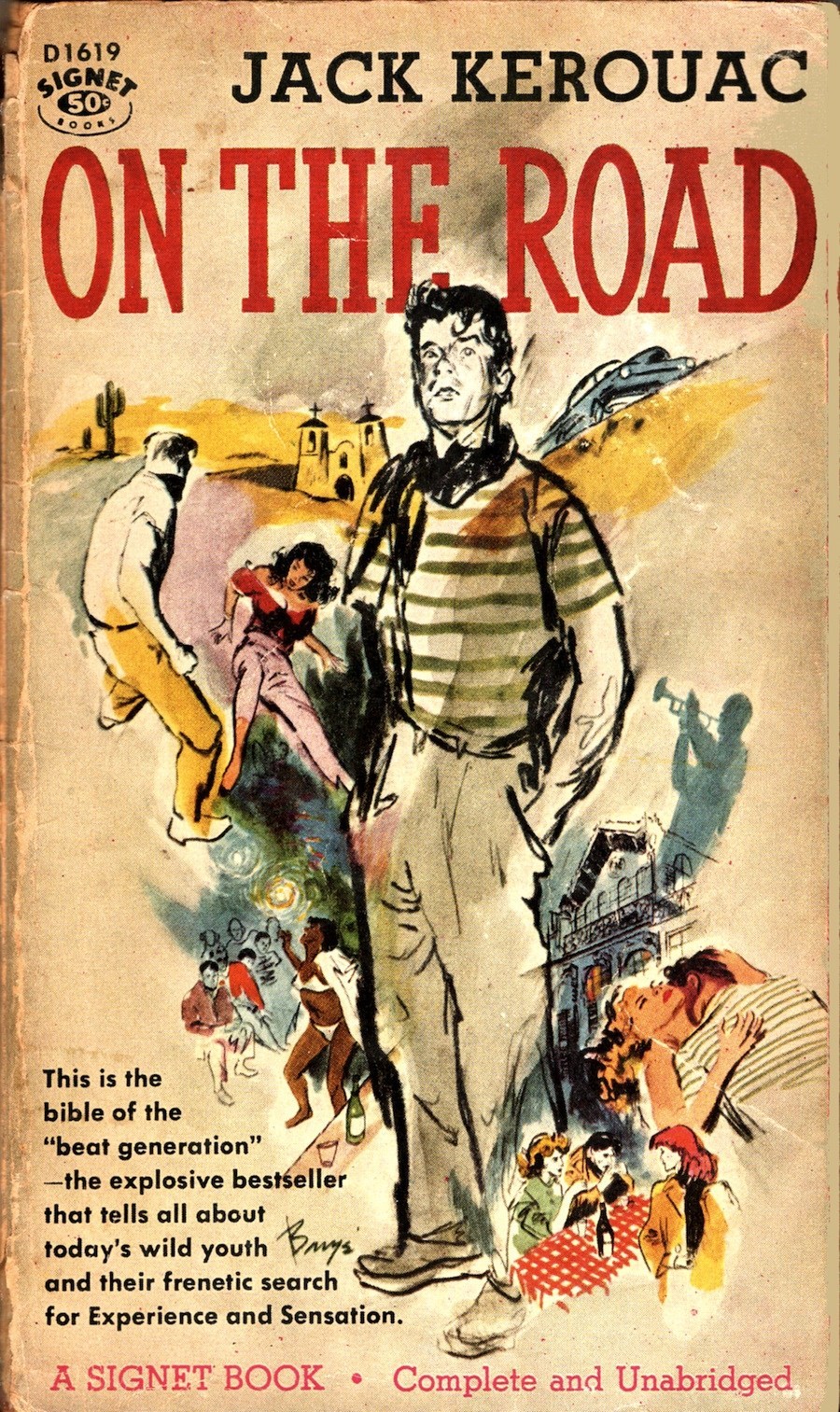