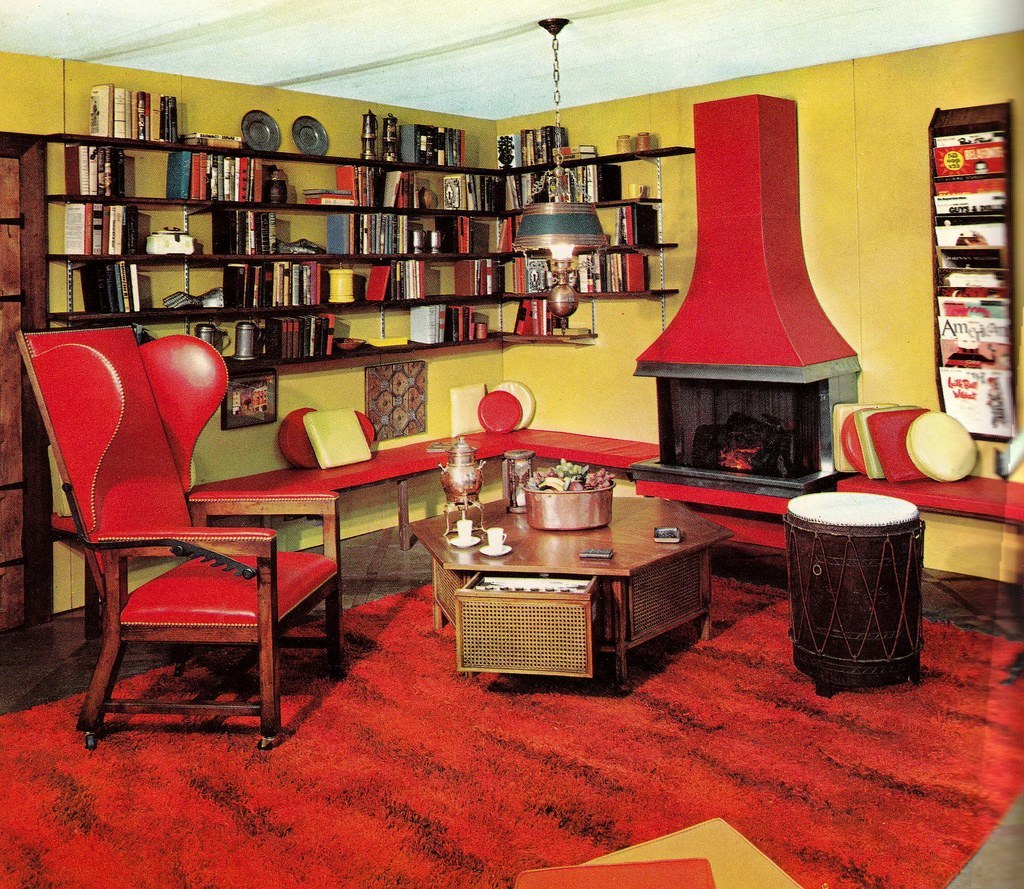 A few words from the book, via Mid Century Living:

Interior decoration is the mid-twentieth century’s contribution to the arts of living. For only in our own time has the planning, placement, and selection of furnishings been dignified by being deemed a profession.

Indeed the oldest professional organization of decorators in the United States (who today prefer to be called designers in the belief that this latter word is more all-encompasssing) dates back to 1931. And Elsie de Wolfe, later Lady Mendl, who, perhaps somewhat inaccurately, has been called the first interior decorator, turned to this vocation around the turn of the century and did her most important work in the years just proceeding 1920.

Prior to this period and to a certain extent even up to the 1930s, decorating per se, was for the rich who relied for help, guidance, and instruction upon architects or a superior breed of craftsmen: cabinet-makers of the caliber of Chippendale and Hepplewhite in England and in our own country, Duncan Phyfe.

Men such s these set fashions, created a certain over-all look. But it was not one which the average householder could aspire. The style-oriented furniture stores, both catering to the many rather than the few, are of reasonably recent vintage and it is these along with the growing number of individual decorators who have evolved the pattern of making fashion important in the home.

In line with this development a whole new vocabulary has come into being. Because practitioners of this very contemporary profession compile as well as create, words have been borrowed from adjacent arts (painting and architecture, to name only two) and given new application and meanings. Other words and phrases have been manufactured to suit situations peculiar to modern residential design. ‘Open floor plan’ is one example. Room divider and clerestory are others.

Modern technology and engineering have contributed too. Cantilevered chests and molded chairs are among contemporary additions to the elements of interior design – and not in name only but in concept as well.

This book is designed as a visual guide through the maze of words from many sources that make up the vocabulary of modern interior design. A perusal of it will inevitably result in recognition of the trends of the times (a much more complex matter than any period of the past), for the words simply define the increasingly varied elements that contribute to contemporary decoration. 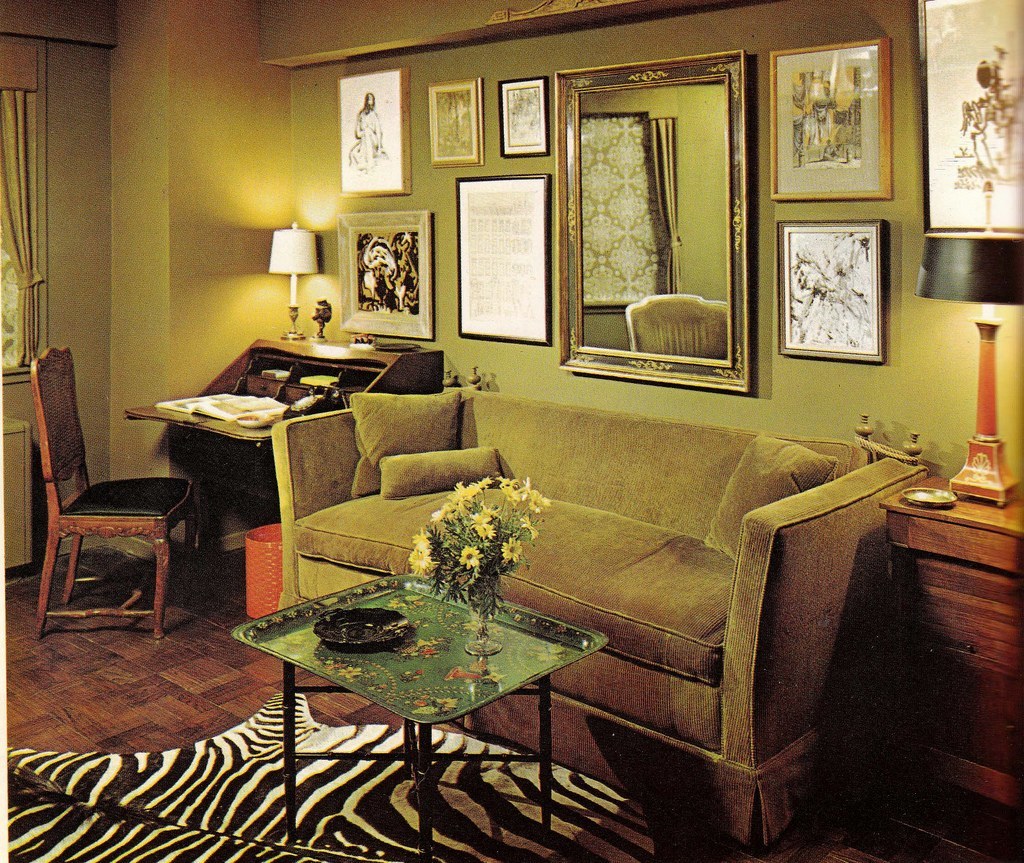 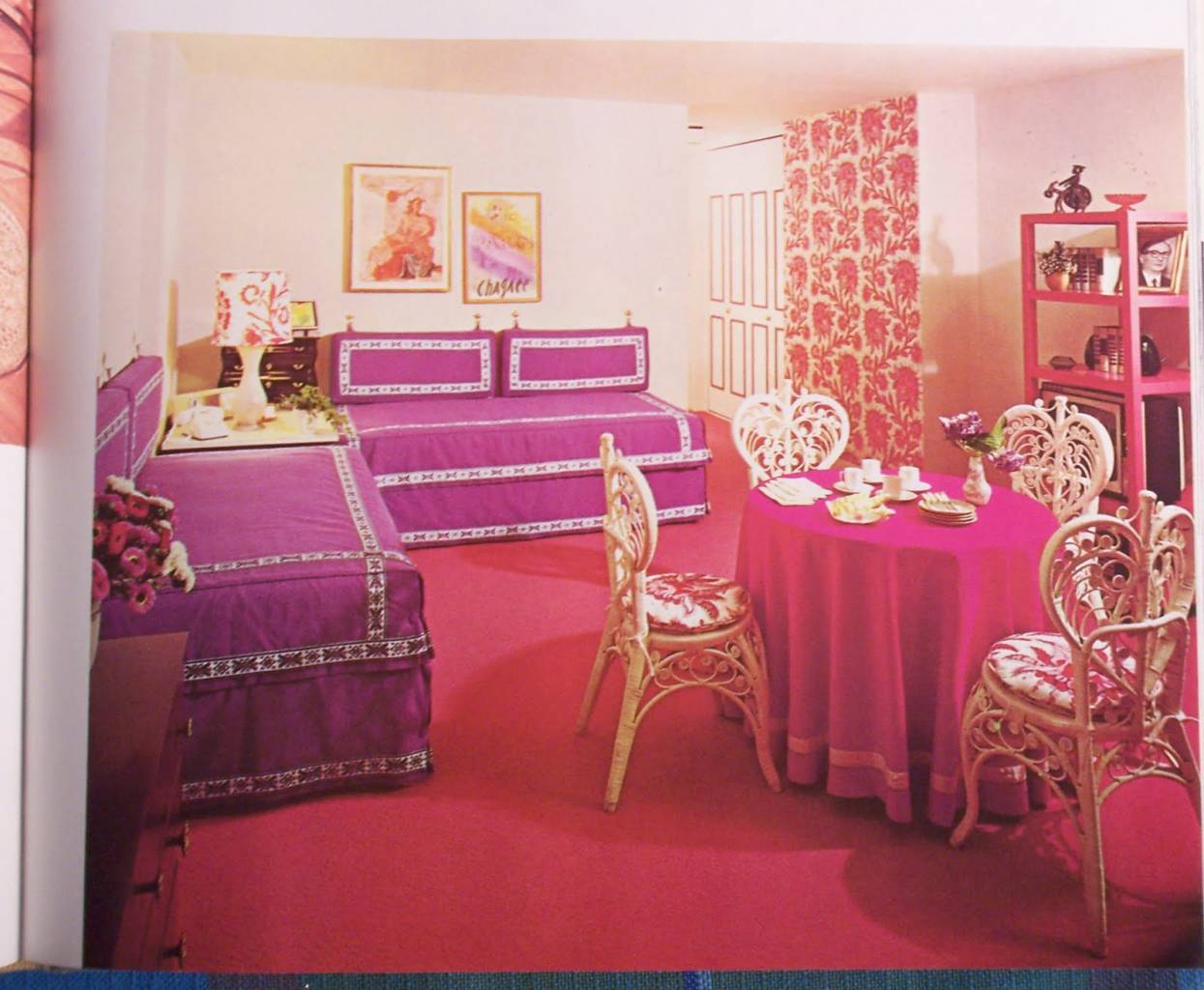 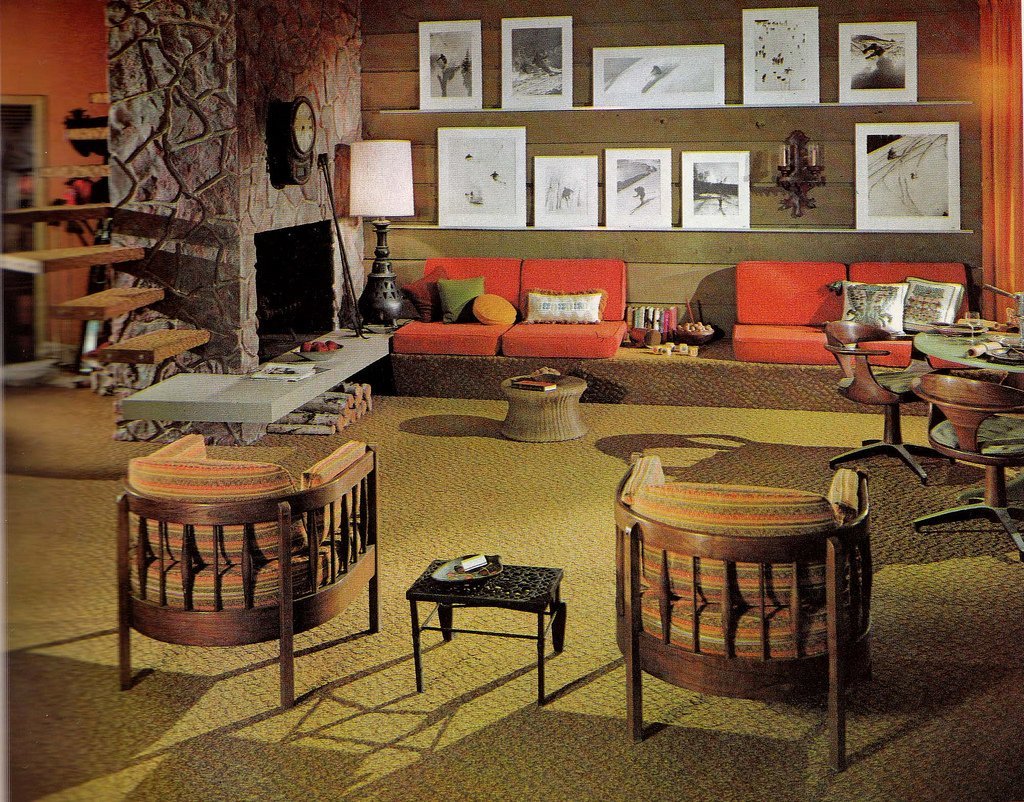 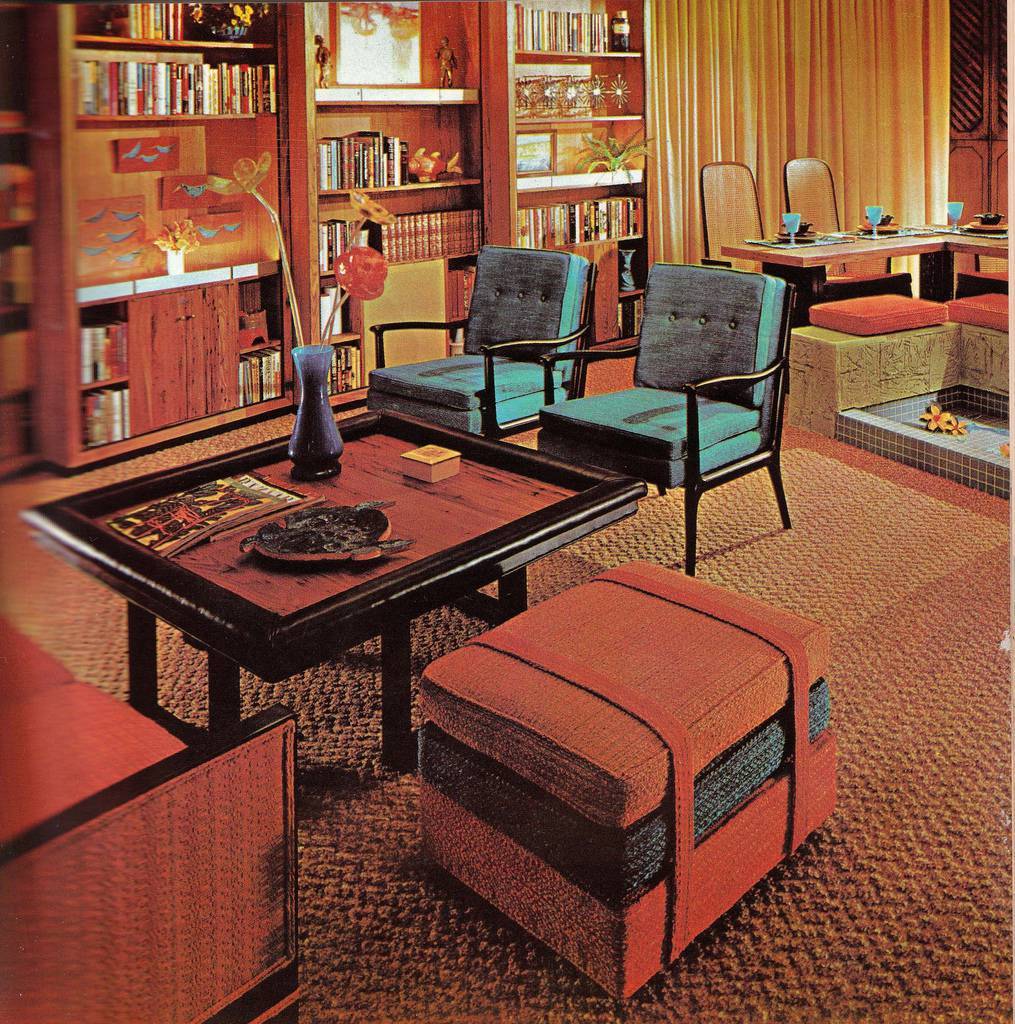 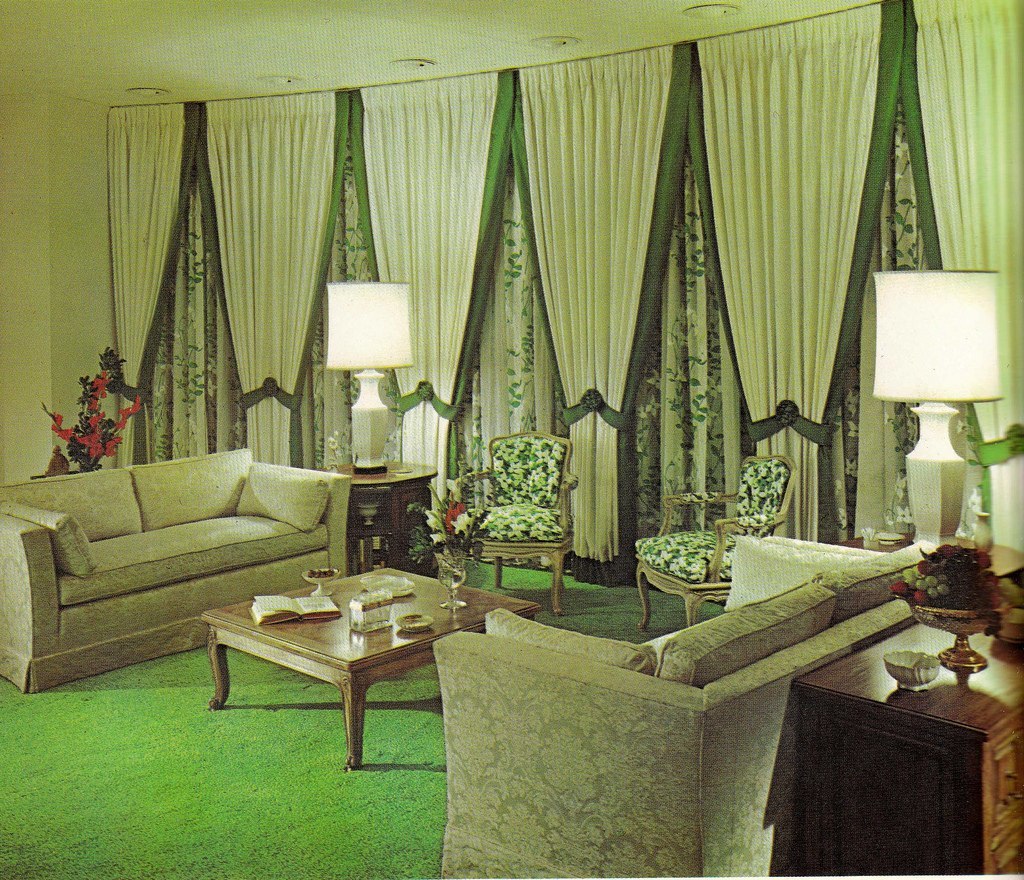 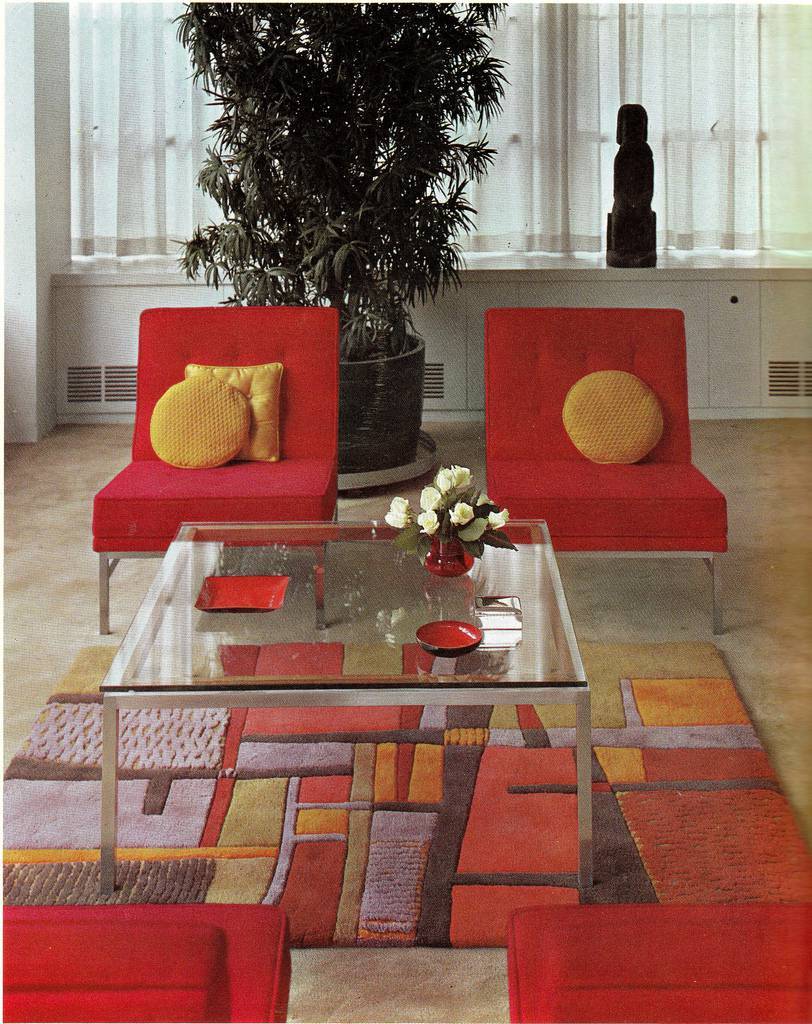 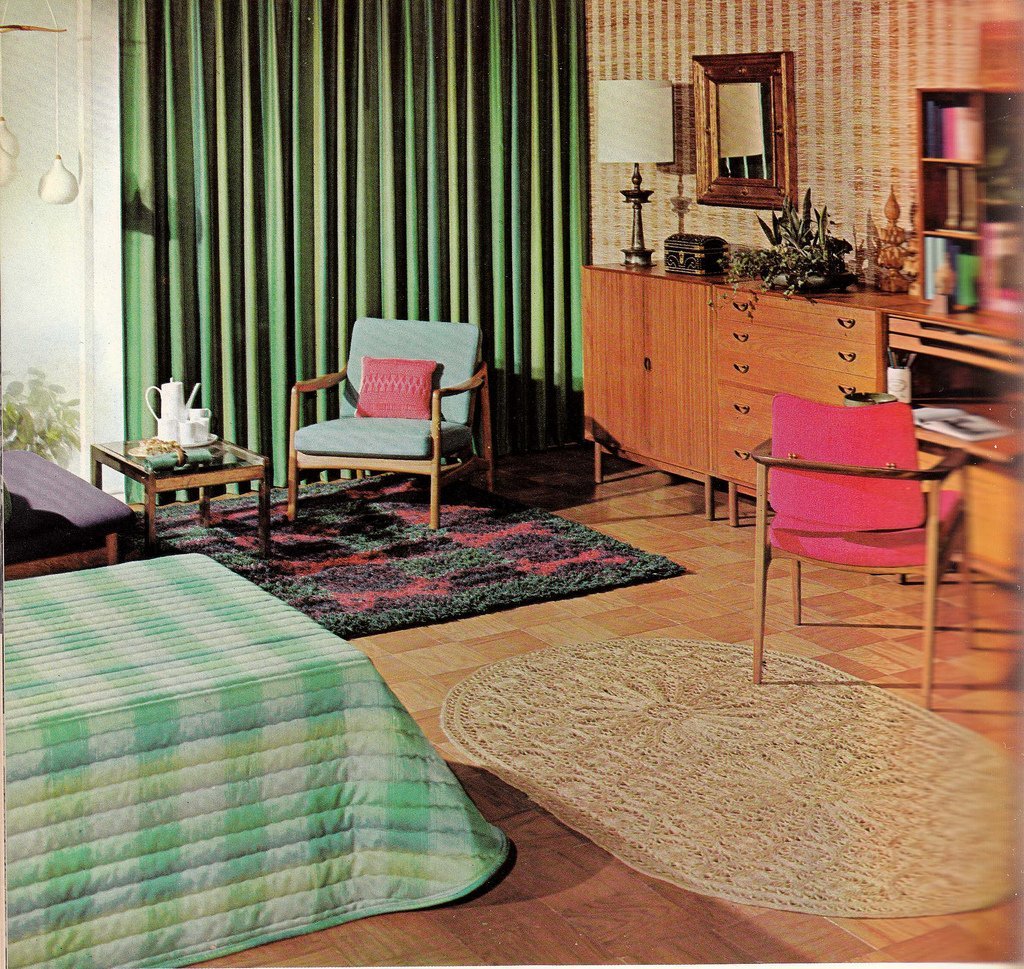 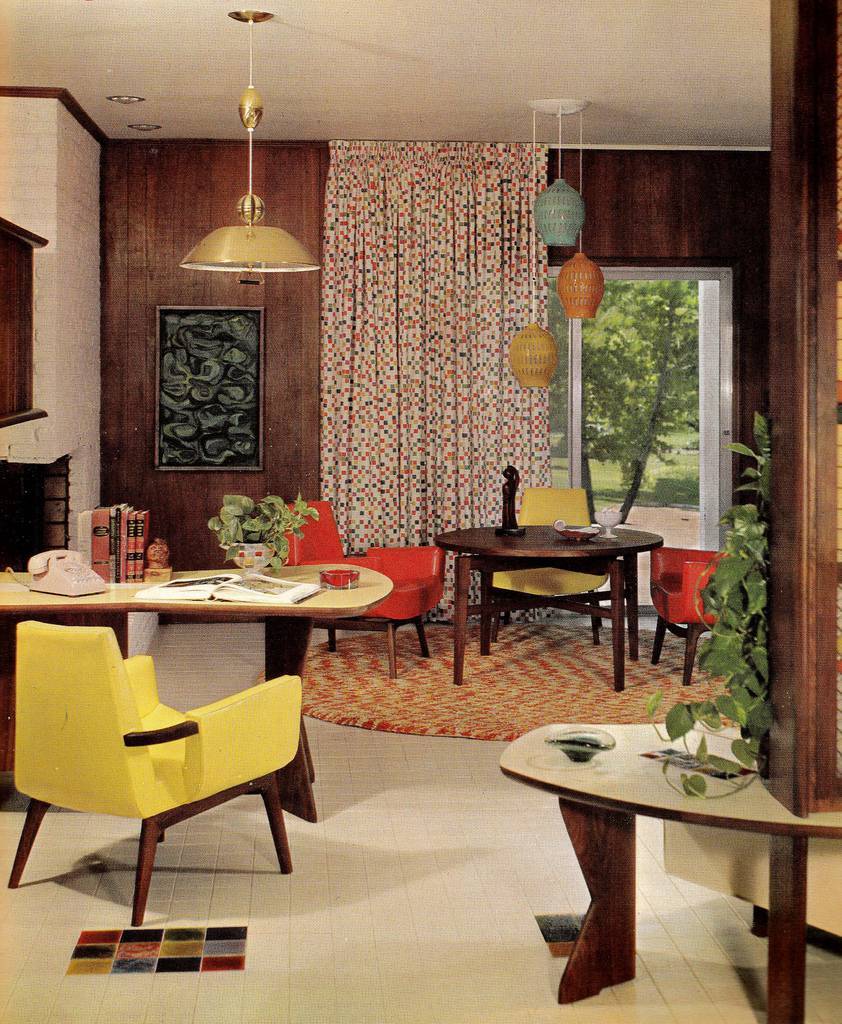 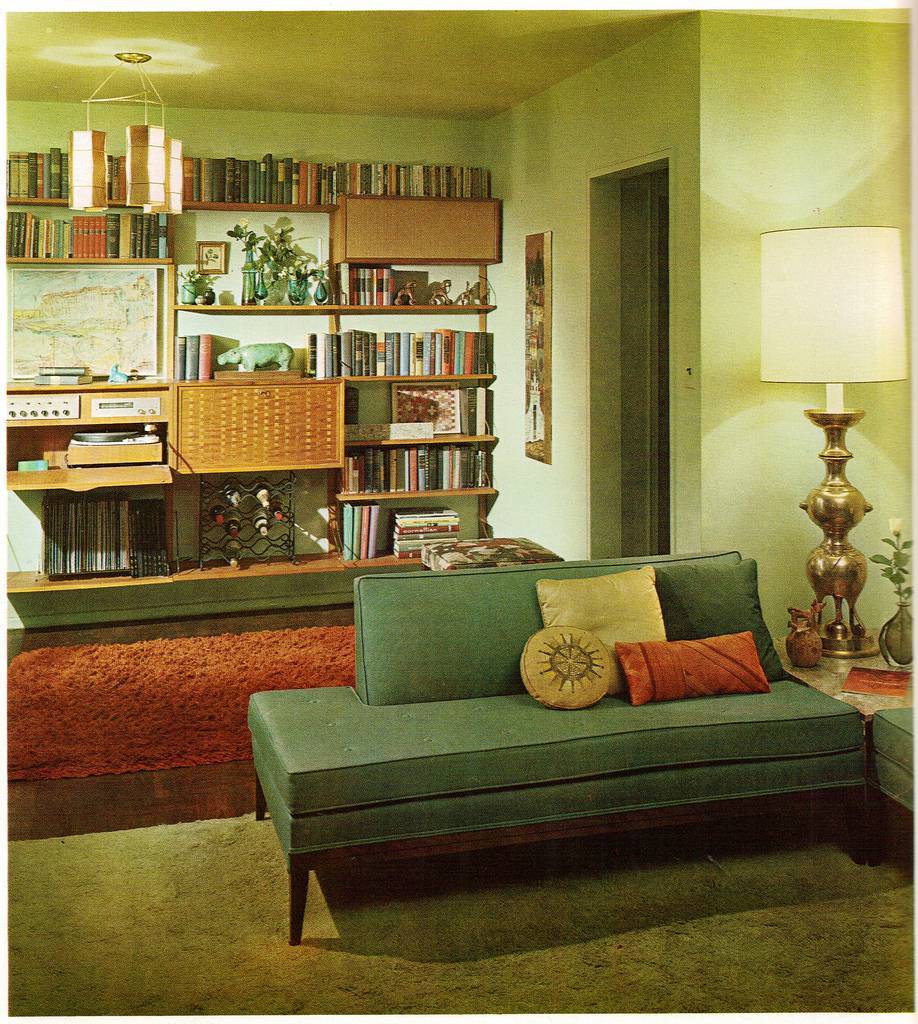 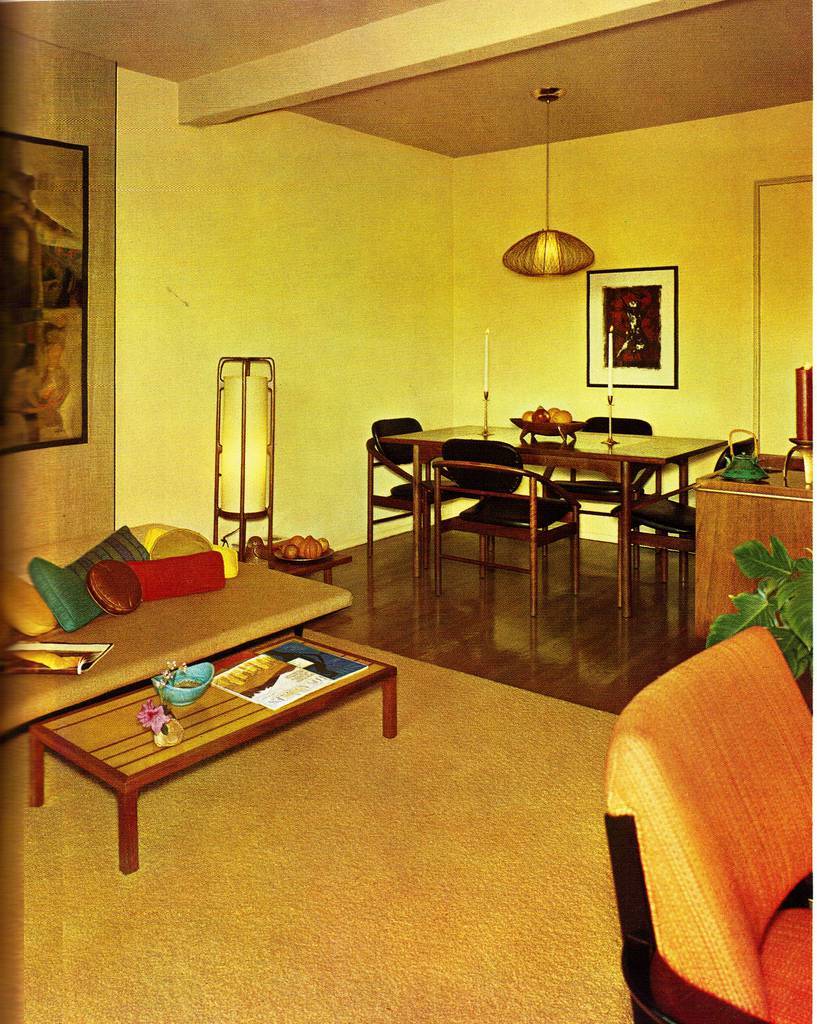 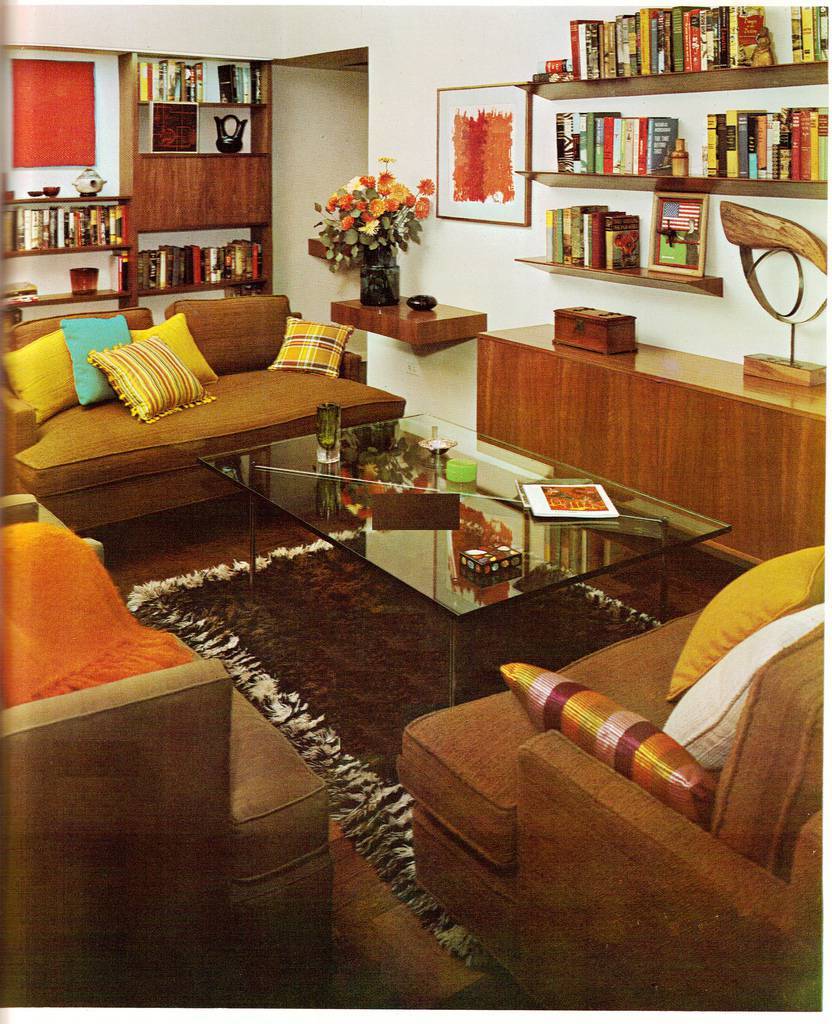 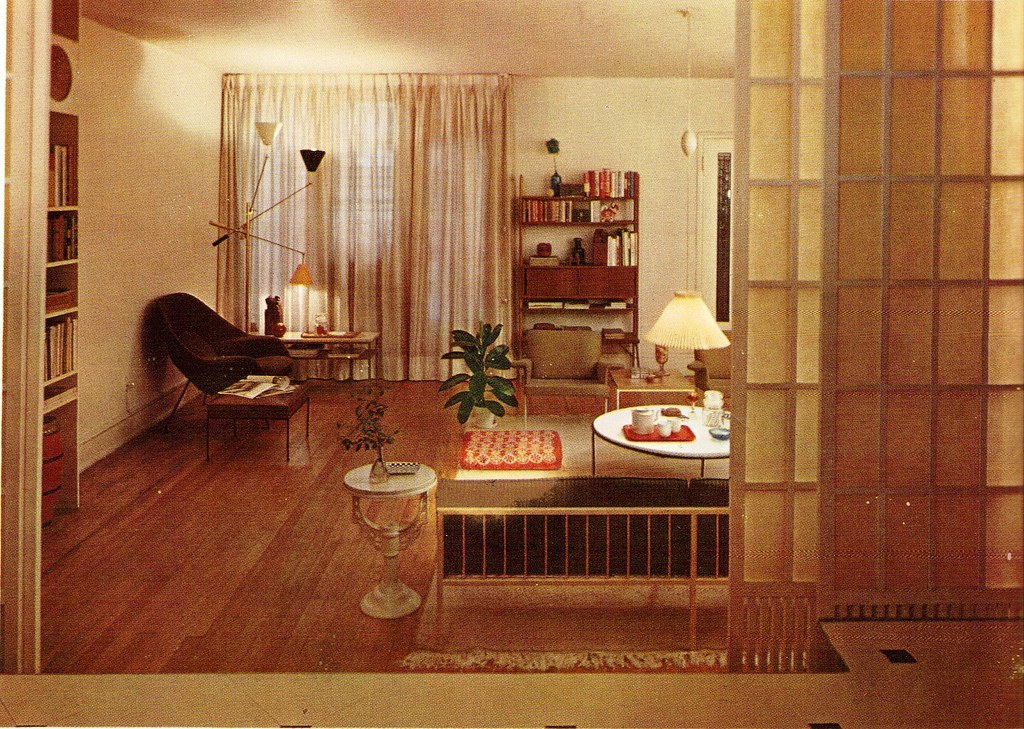 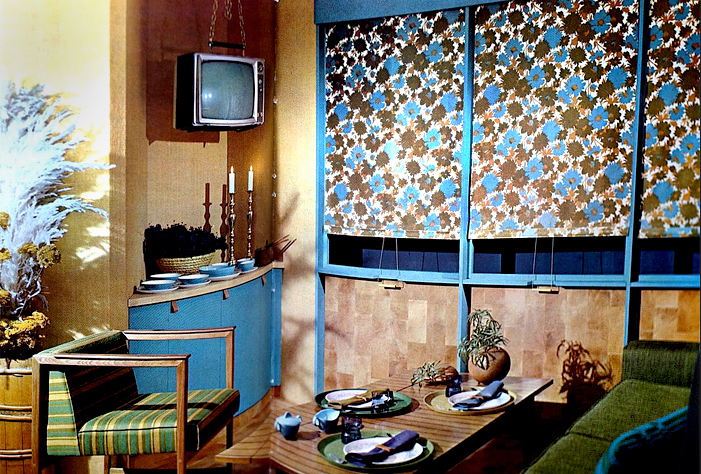 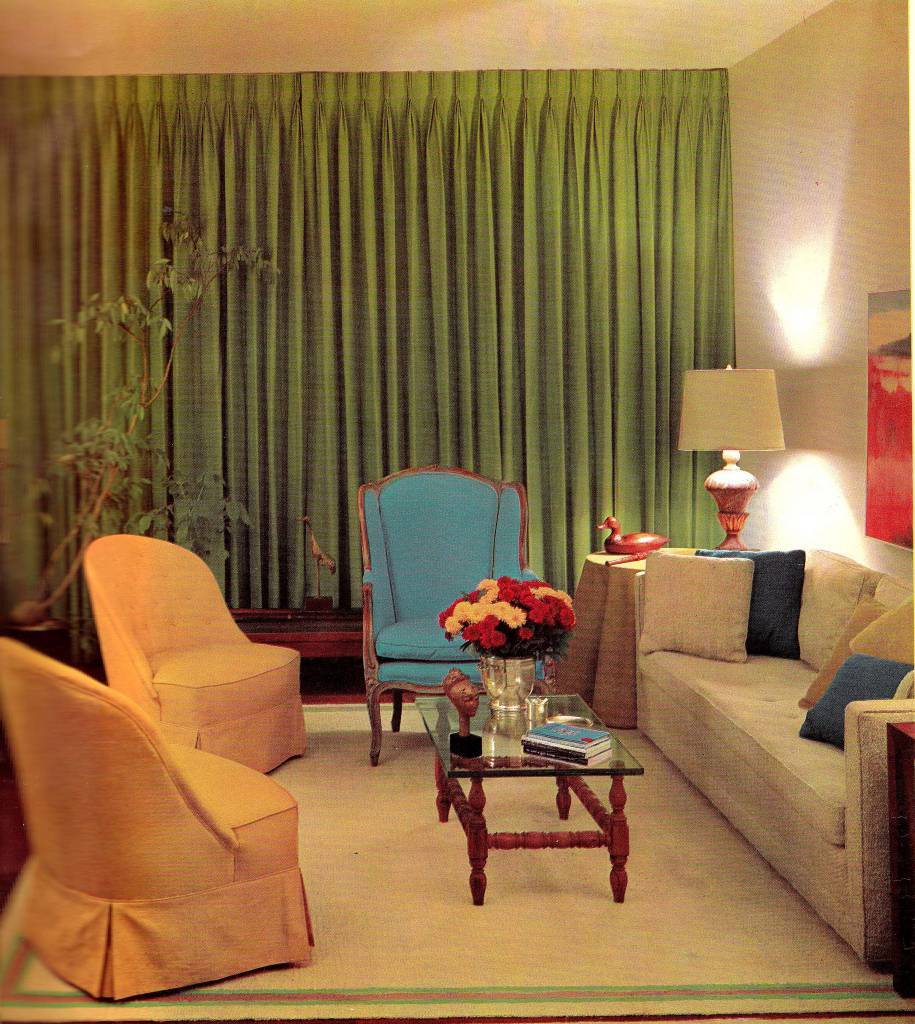 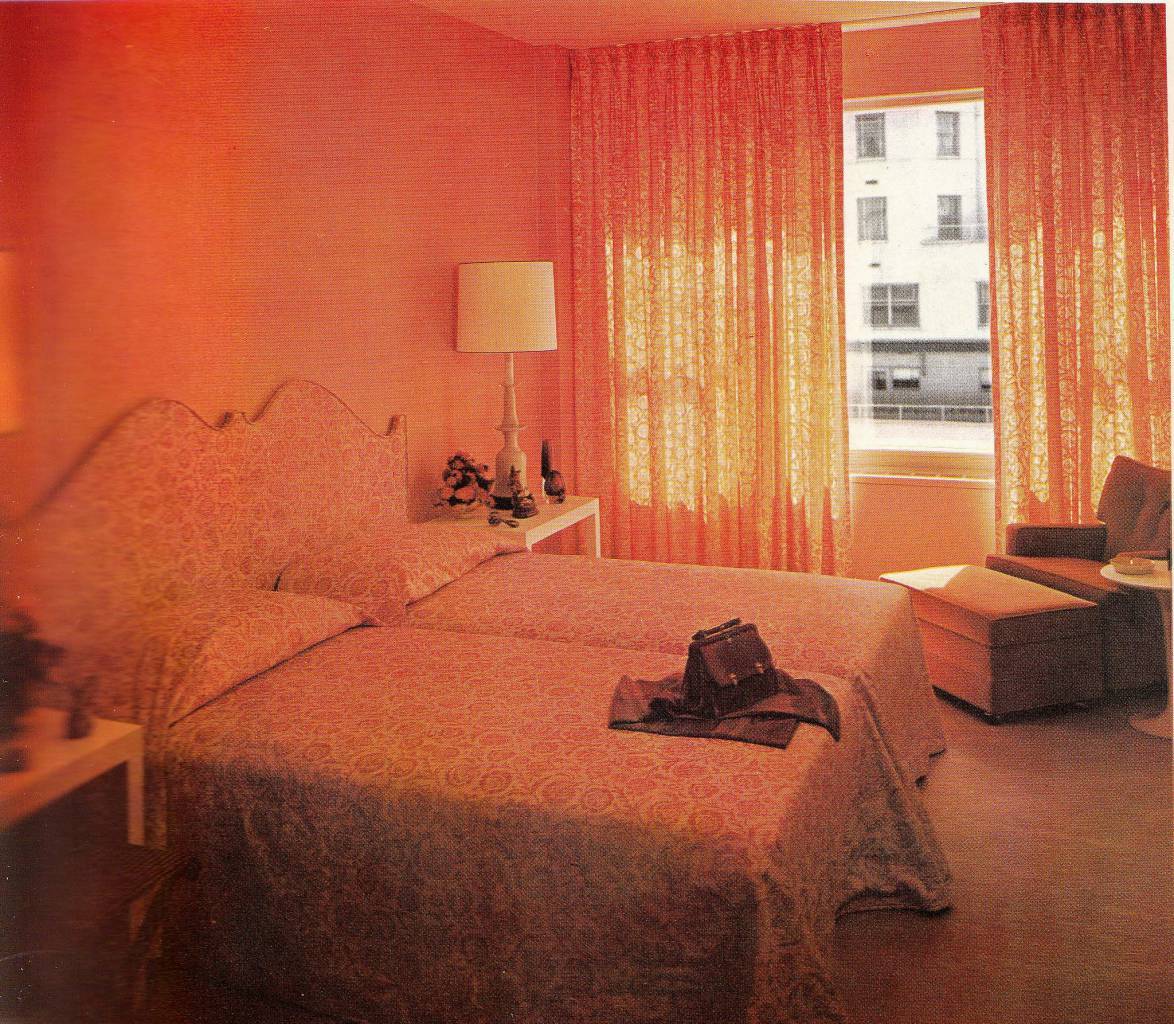 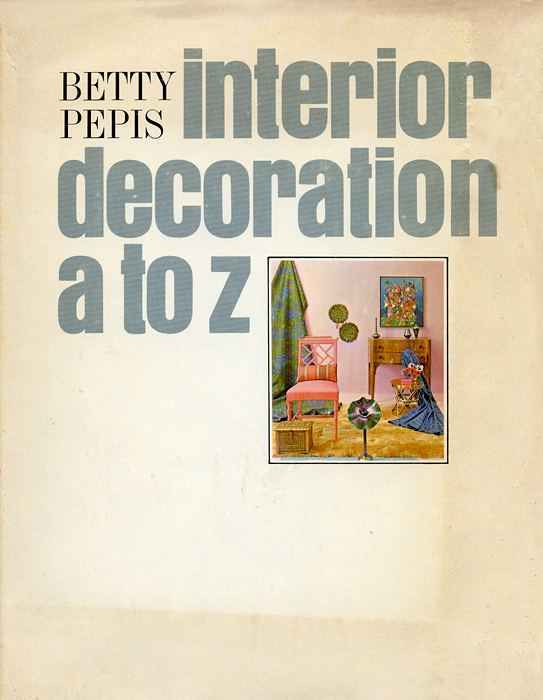