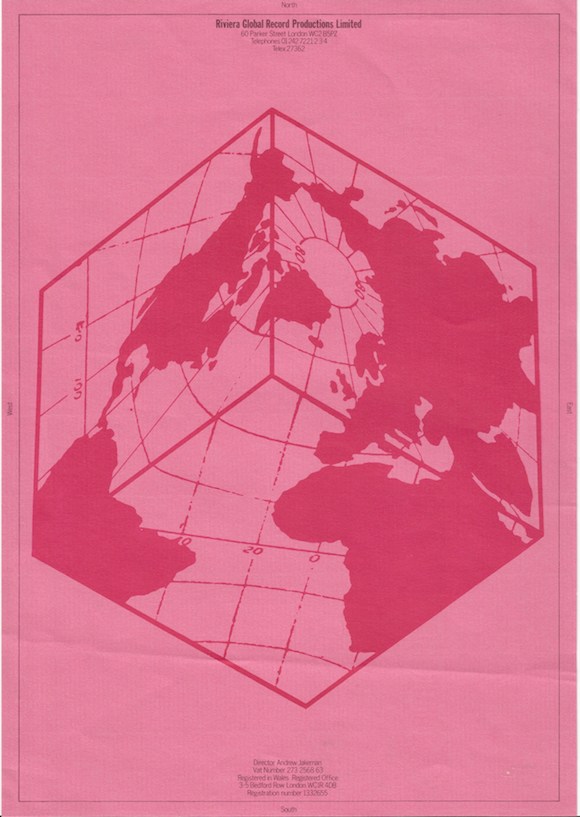 This company letterhead was designed by the late graphics master Barney Bubbles for music entrepreneur Jake Riviera during the latter’s tenure at 60 Parker Street in London’s Covent Garden in the late 70s.

Riviera installed himself at Parker Street as part of the Radar independent label set-up after leaving Stiff Records – the label he had co-founded with Dave Robinson – in the winter of 1977, taking with him such signings as Elvis Costello & The Attractions and Nick Lowe, as well as Bubbles as art director. 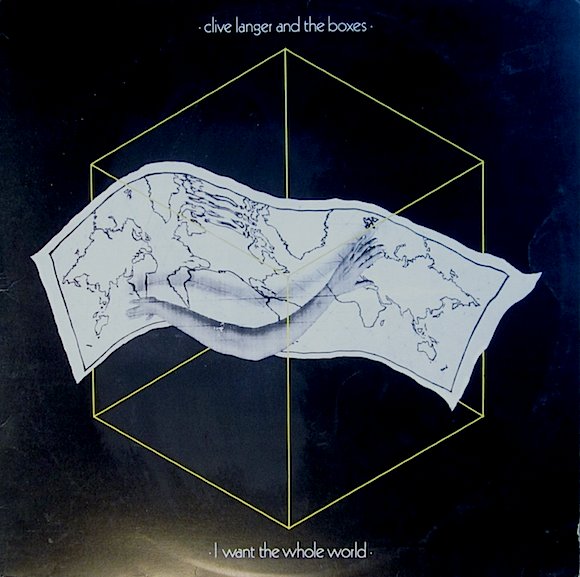 One of a number Bubbles produced for Radar and Riviera’s management business, the letterhead for Riviera Global Record Productions Limited contains a cube with a map of the world wrapped around it.

Coincidentally, designer Malcolm Garrett used similar elements in his 1979 design for the front cover of Radar release I Want The Whole World by producer Clive Langer and his band The Boxes. 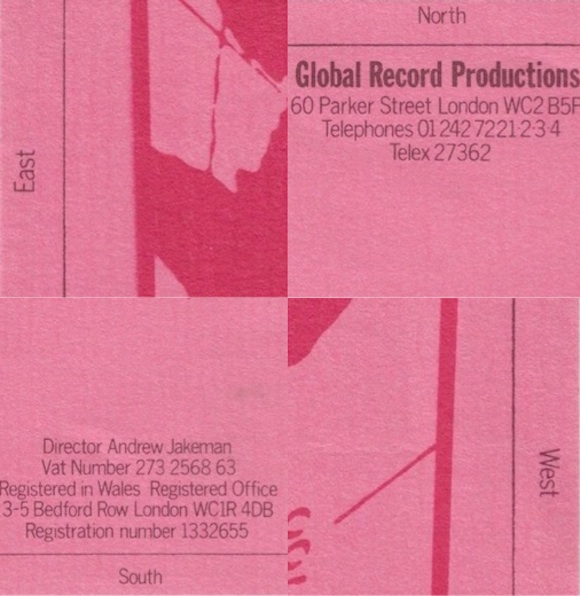 The letterhead was produced in a particularly fertile period for Bubbles, who said at the time he was much inspired by a contemporaneous article by writer/commentator Peter York in an issue of Harper’s & Queen magazine.

“The paradox of rock is that at precisely the time that a new rock sensibility is starting to invade the commercial heartland, the whole rock thing is uncomfortably coming of age,” wrote York, who also declared: “Rock & roll is the hamburger which ate the world.”