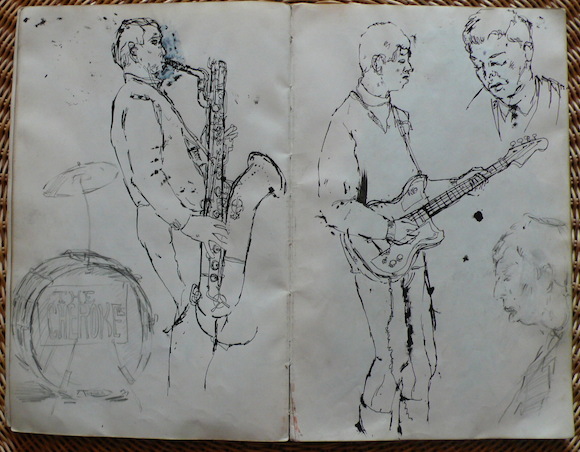 Ian McLagan, right with guitar, in Twickenham Art School band The Cherokees, sketched by Barney Bubbles – then Colin Fulcher – in 1963

Rolling Stone’s obituary description of Ian McLagan (12 May 1945 – 3 December 2014) as “jovial and charismatic” nailed the character of this charming man.

It seems to me that Mac chose to accentuate the positive and keep playing his vital music, an admirable trait in one who had often been dealt an unfair hand by the fates (not least when his beloved wife Kim was killed in a car accident in 2006).

As an alum of the early 60s Twickenham beat scene, Mac was a valued contributor to Reasons To Be Cheerful, my book about his art school friend, the graphic designer Barney Bubbles. 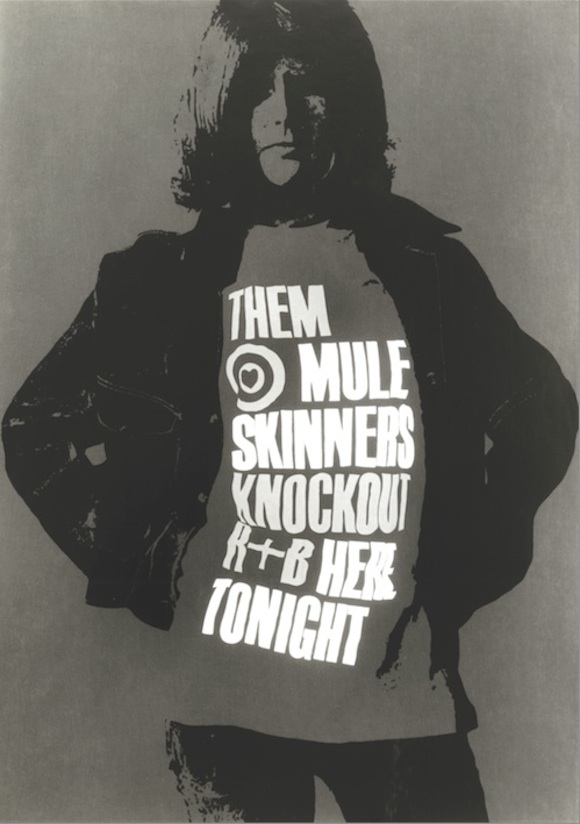 Monochrome reproduction of Bubbles’ 1964 poster for McLagan’s first professional group (the original was in red, white and blue) 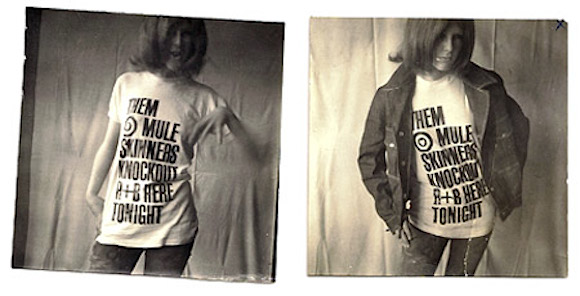 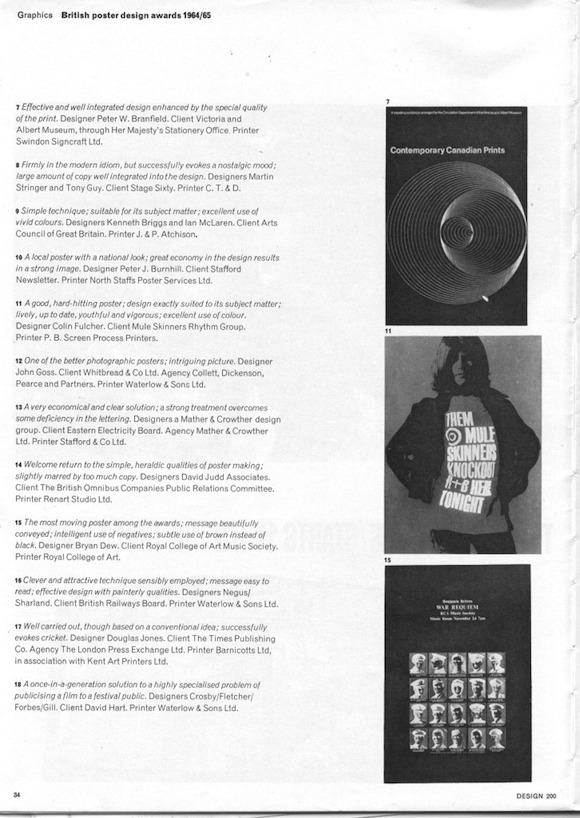 Bubbles was mixed up with Mac’s group The Muleskinners, providing flyers and posters including “Them ♥ Muleskinners Knockout R&B Here Tonight” which won the designer his first public attention in the form of a British Poster Award in 1965.

In 2009 we produced a few black and white versions of the t-shirt made by Bubbles and worn by their fellow Twickenham art student Lorry Sartorio in the poster, and delivered one to Mac when he was in town playing a venue in north London, spending a few happy hours in his company. 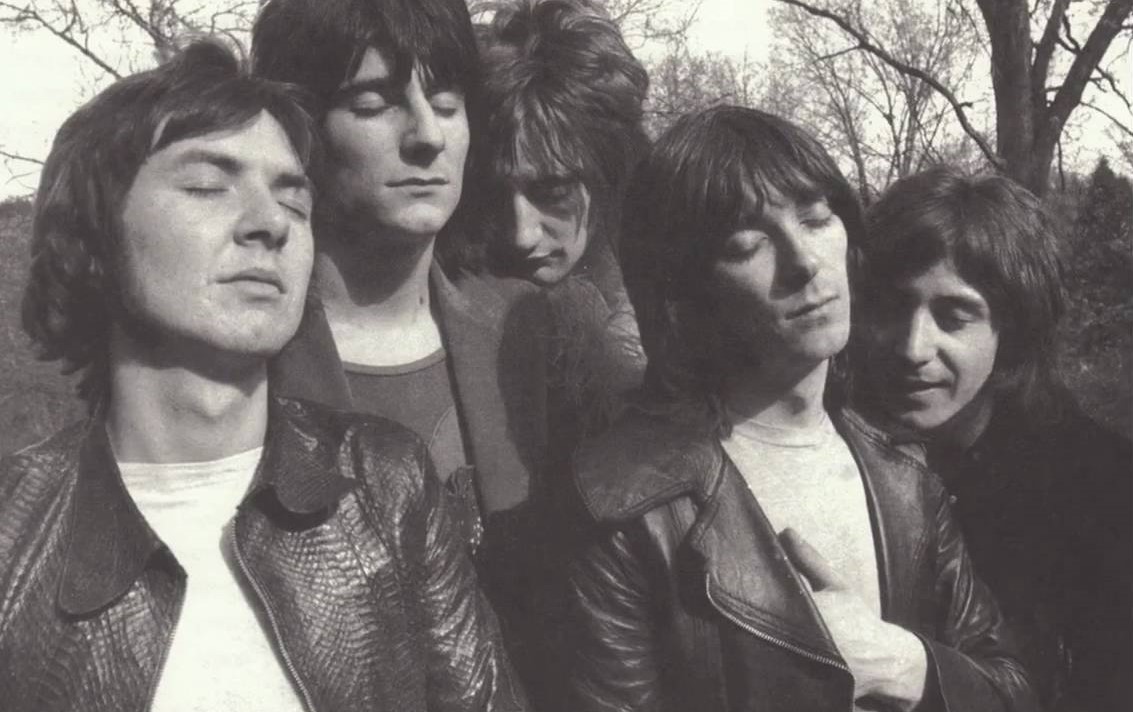 Ian and the rest of The Faces –  Kenney Jones, Ronnie Lane, Rod Stewart and Ronnie Wood
– (Photo: Tom Wright from his book ‘Raising Hell On The Rock ‘n’ Roll Highway‘) 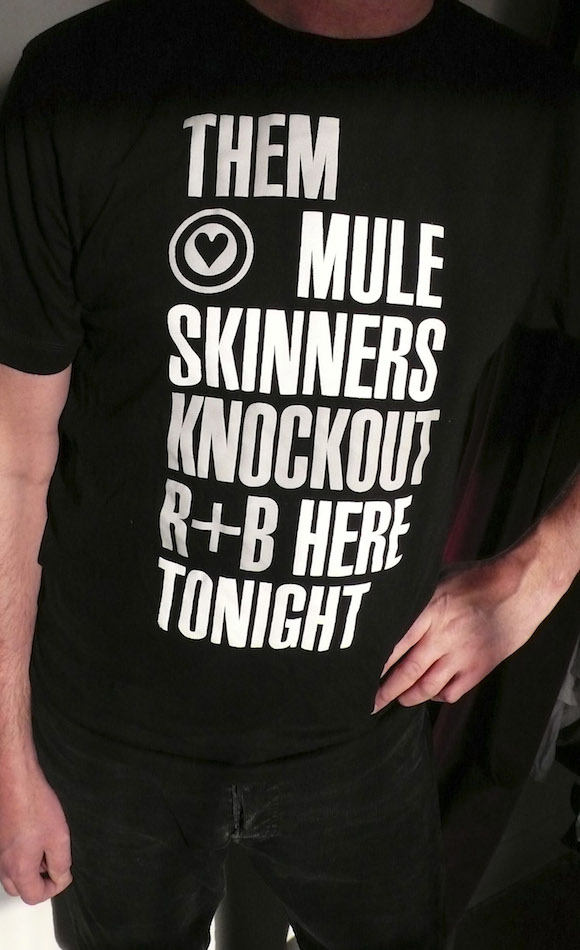 Our 2009 limited edition remix, one of which we gave to Mac after a show in north London that year 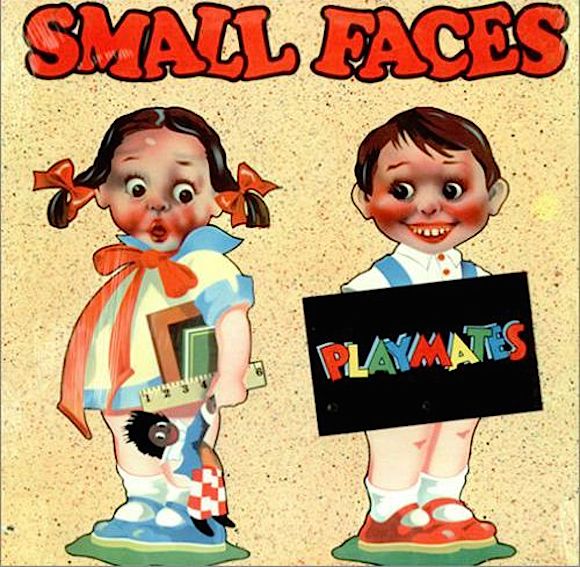 A couple of years back Mac was knocked out when I discovered some sketches of his art-school group The Cherokees in one of Bubbles’ college sketchbooks.

There is an unfillable space not just on that tour but in the lives of all of us who admired the man and his music. 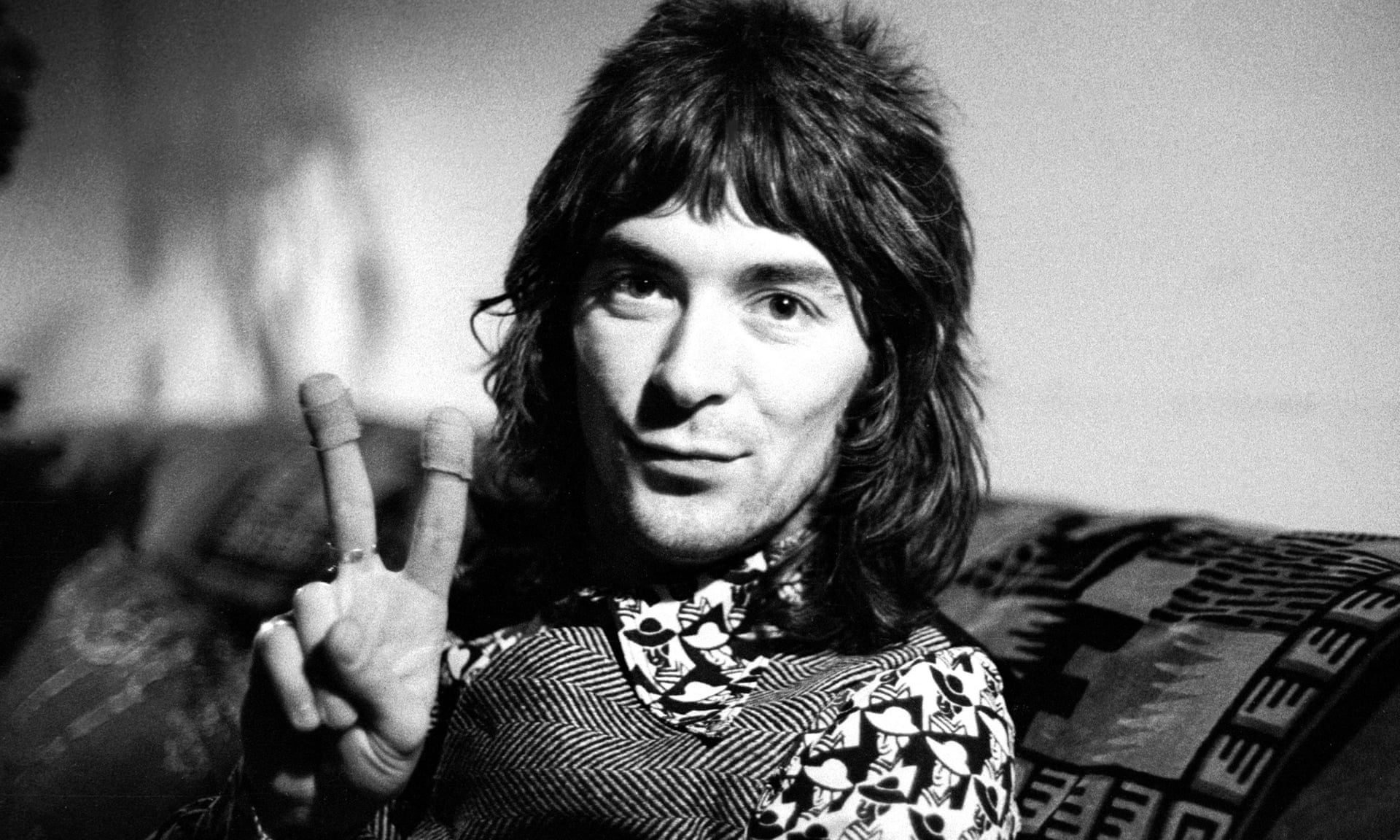 Recommended: Mac’s memoir All The Rage. 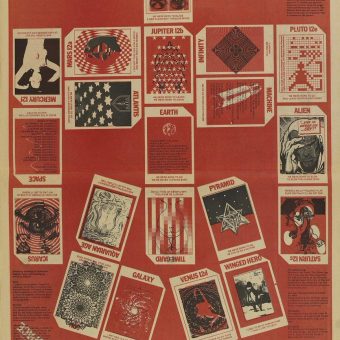 Cut It Out: The Astounding Story Behind Barney Bubbles’ Hawkwind Galactic Tarot Cards 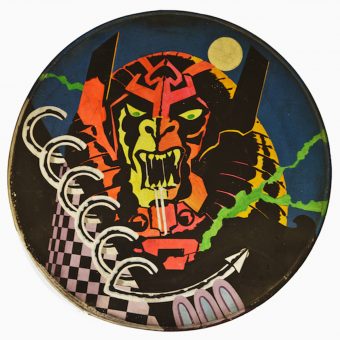