The text book Learning Science, from the classrooms of 1977 – the cover looks benign enough, but what lurks inside are some seriously seventies illustrations… 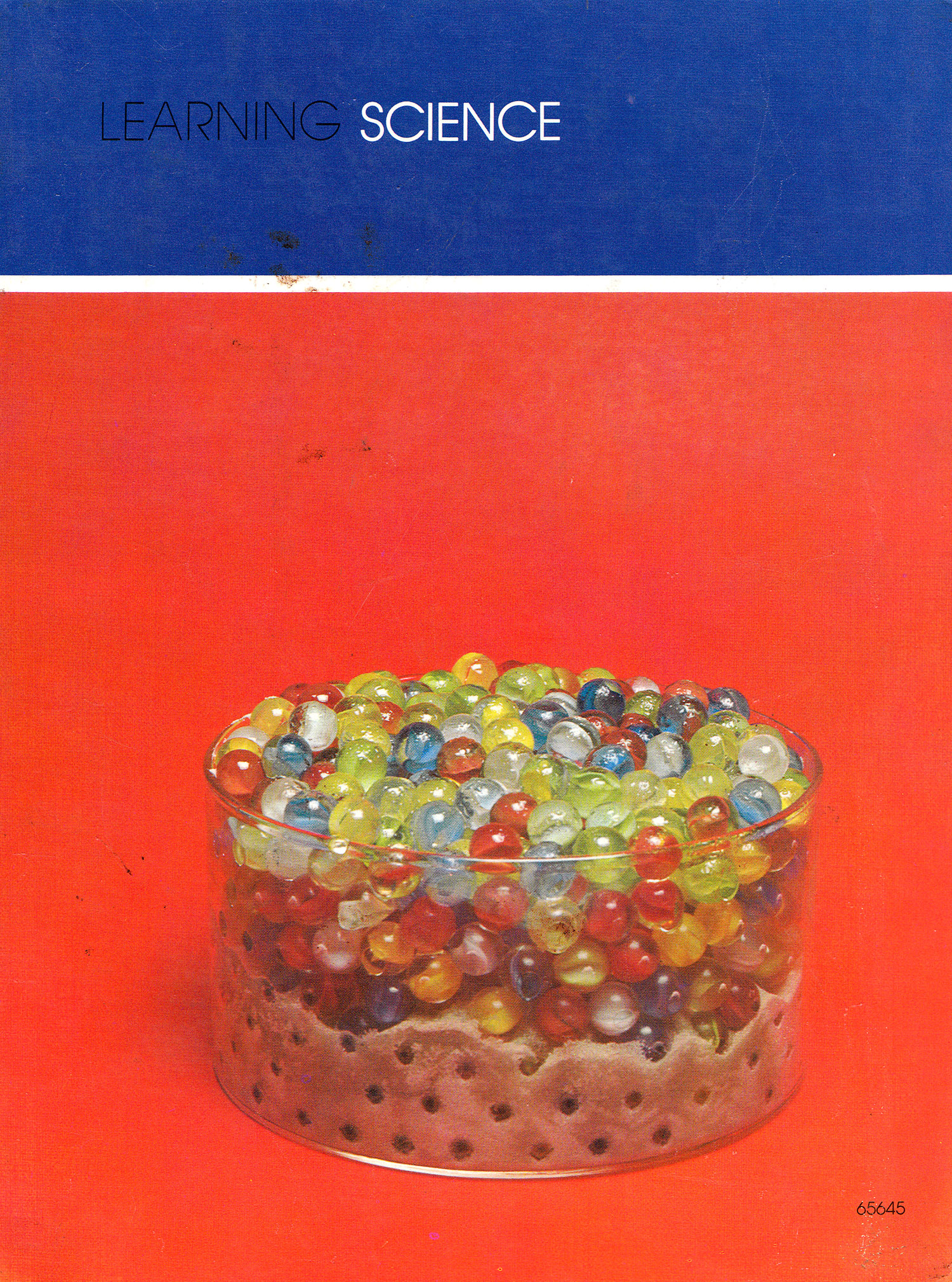 First we have some kids putting together a science experiment… 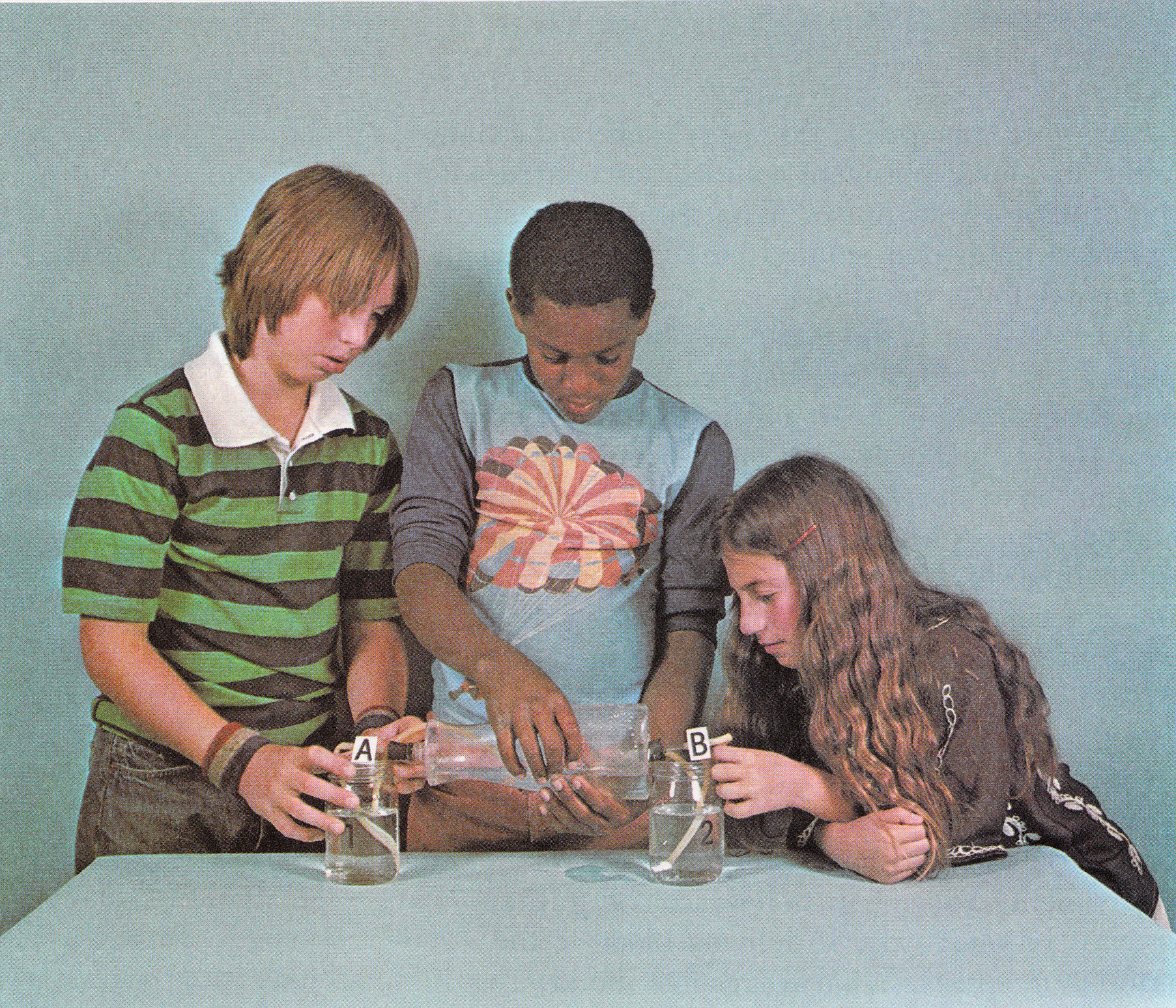 Is it just me, or do a couple of these kids look a bit out of it?  I’ll cut to chase: the white kids look stoned. 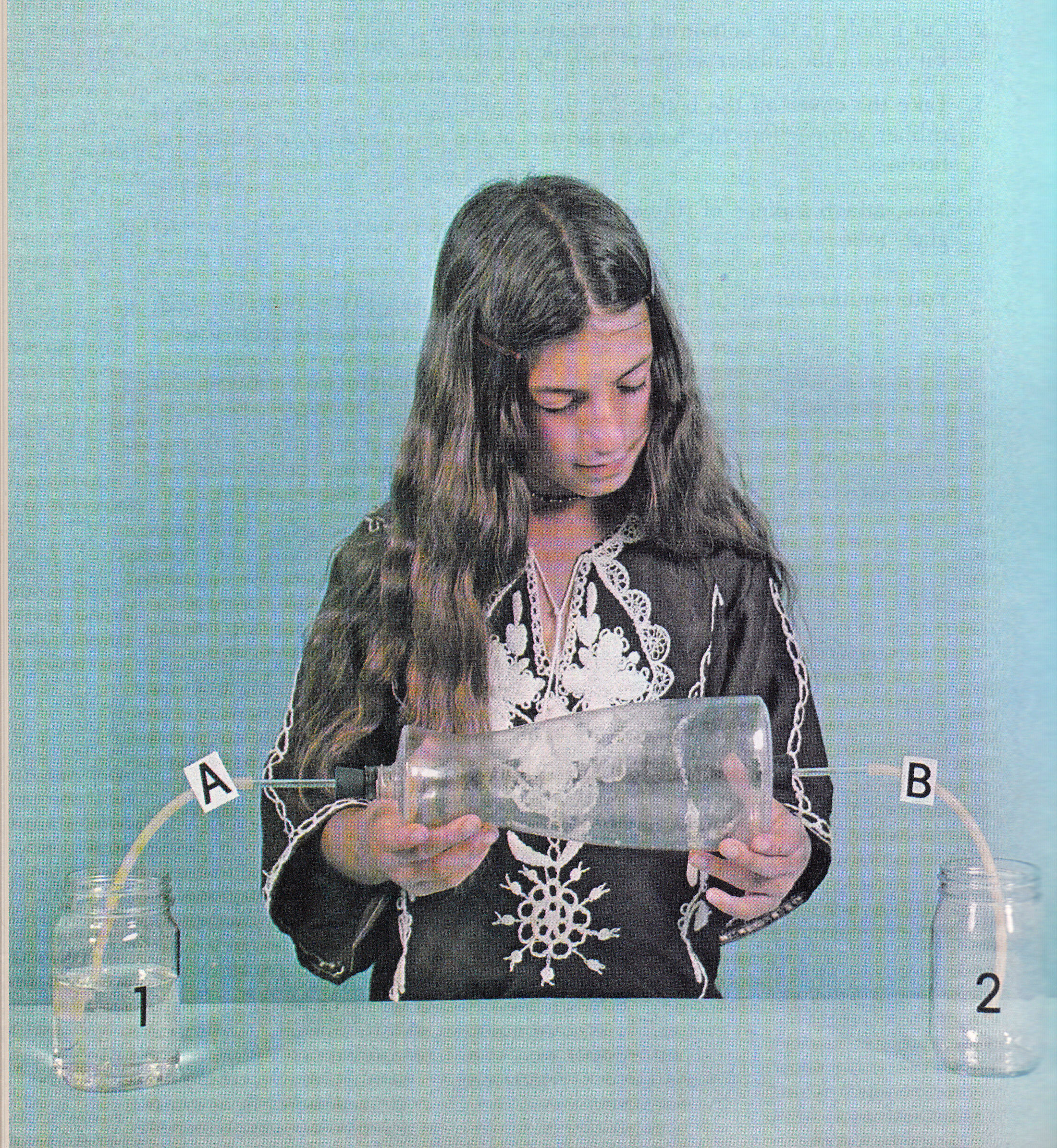 This little hippy girl is demonstrating an experiment; no problem with this.  But look… 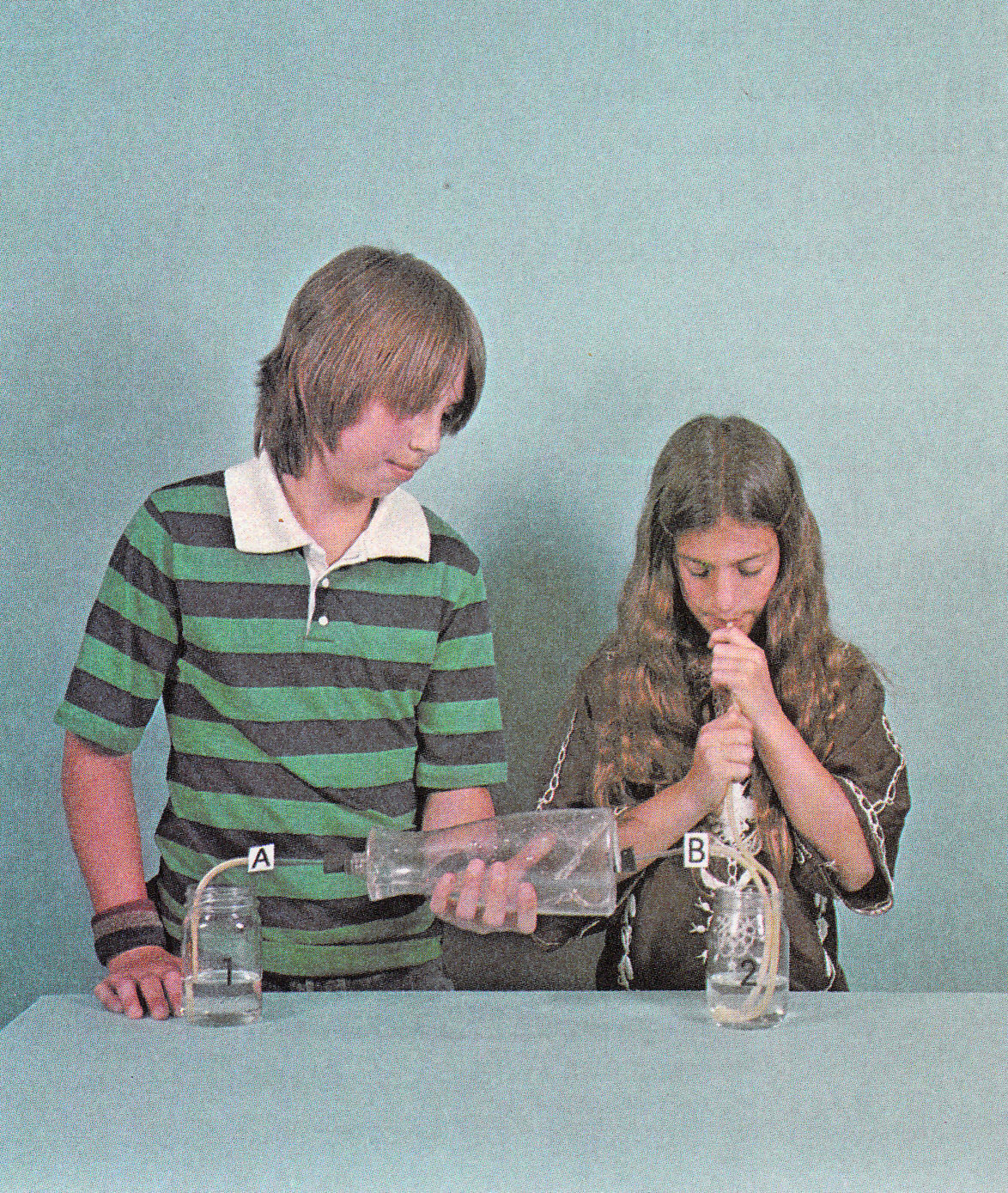 Oh dear God.  I get it; she’s just siphoning, but you have to admit, at first glance this looks a tad startling.  I picture this photo shoot with Blue Öyster Cult playing in the background; the aroma of skunk weed everywhere. 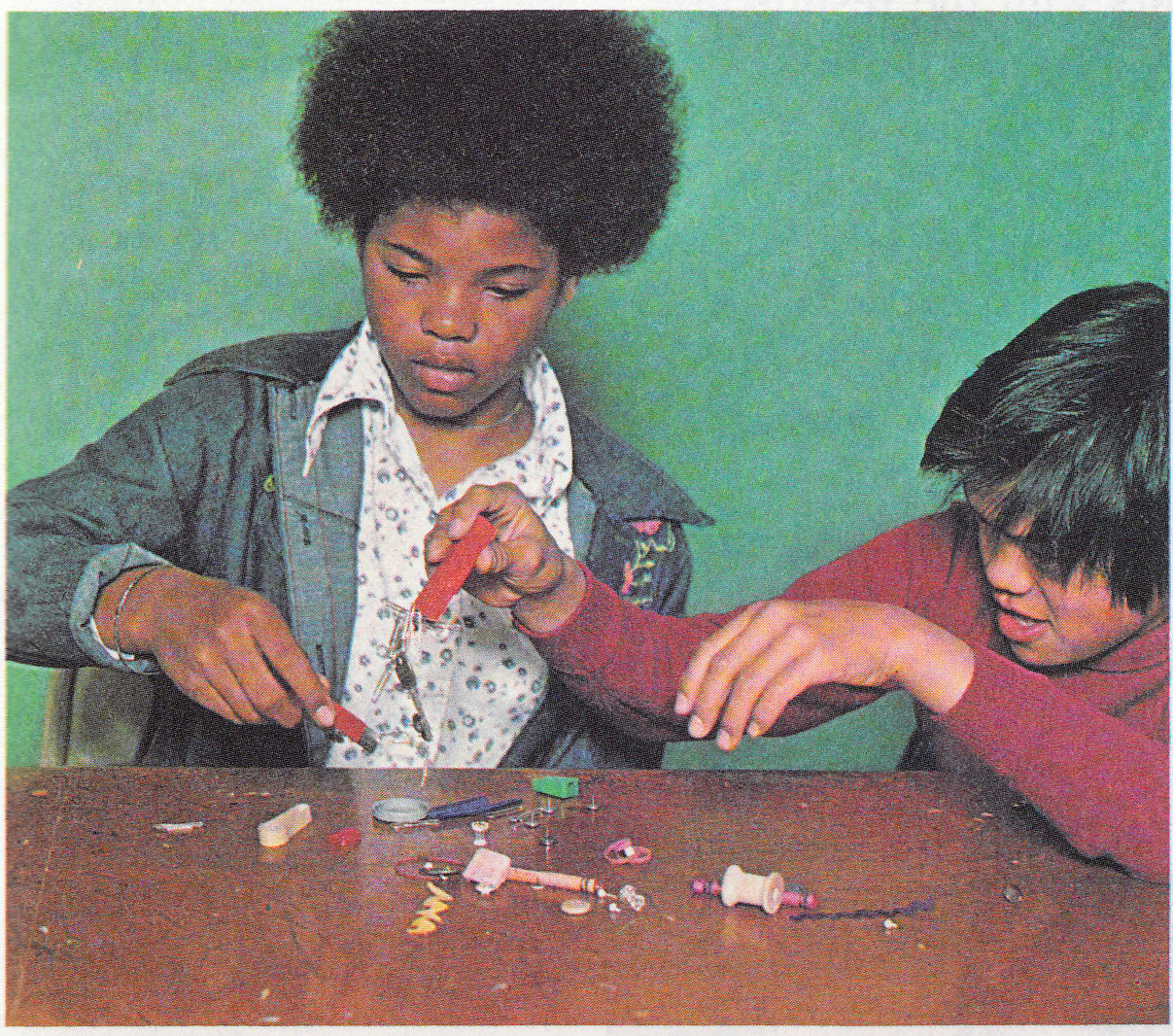 A demonstration of magnetism.  What you don’t know is that all those items came from that kid’s afro.

You might think this is from the chapter on the heart, and taking your pulse.  It’s actually from a section on killing your classmates.  I’m sorry to report this young boy is no longer with us. 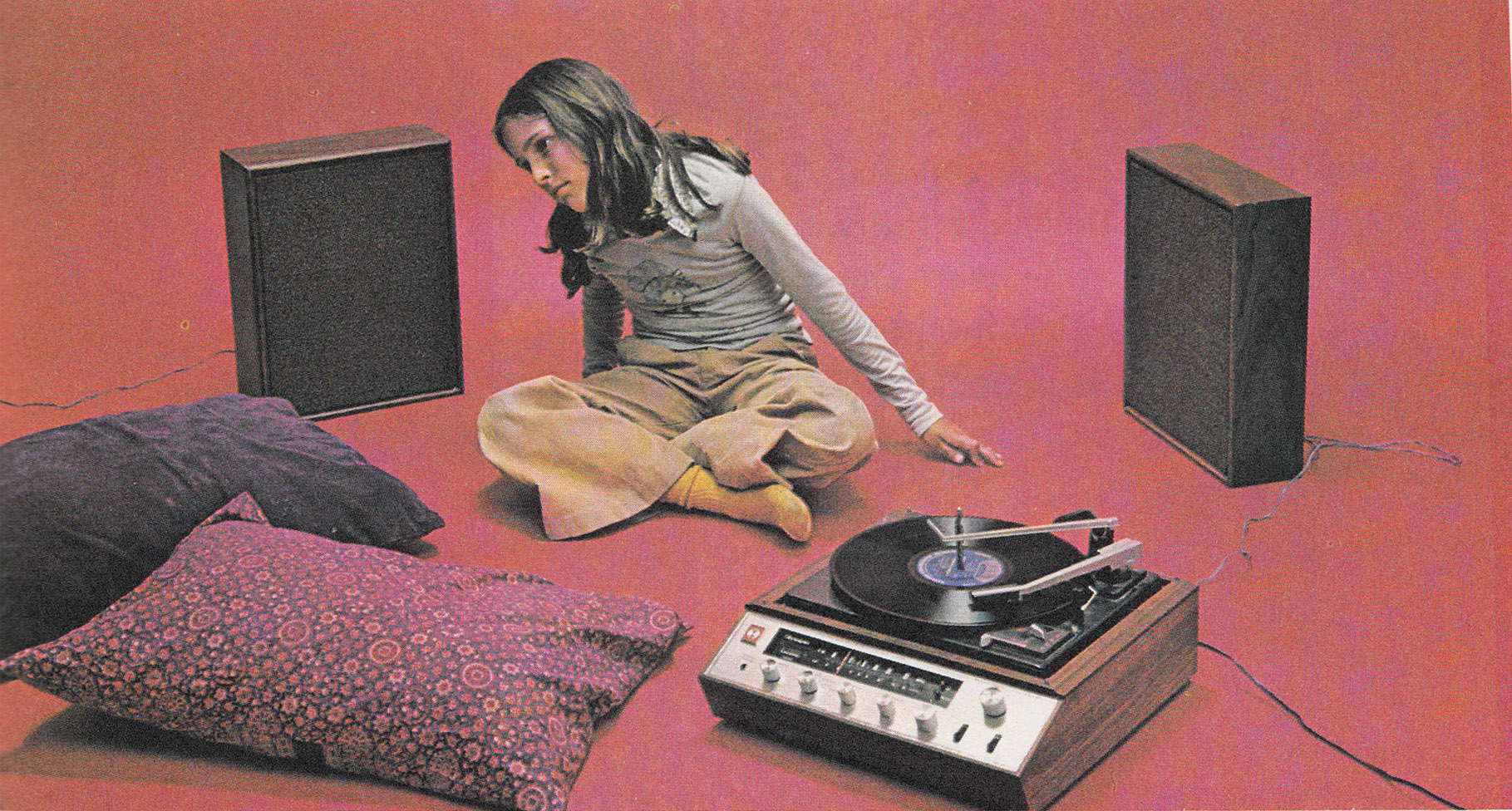 You can’t deny – this is a cool pic.  What do you guess is on the turntable?  I’ll wager it’s either Steve Miller or Deep Purple. 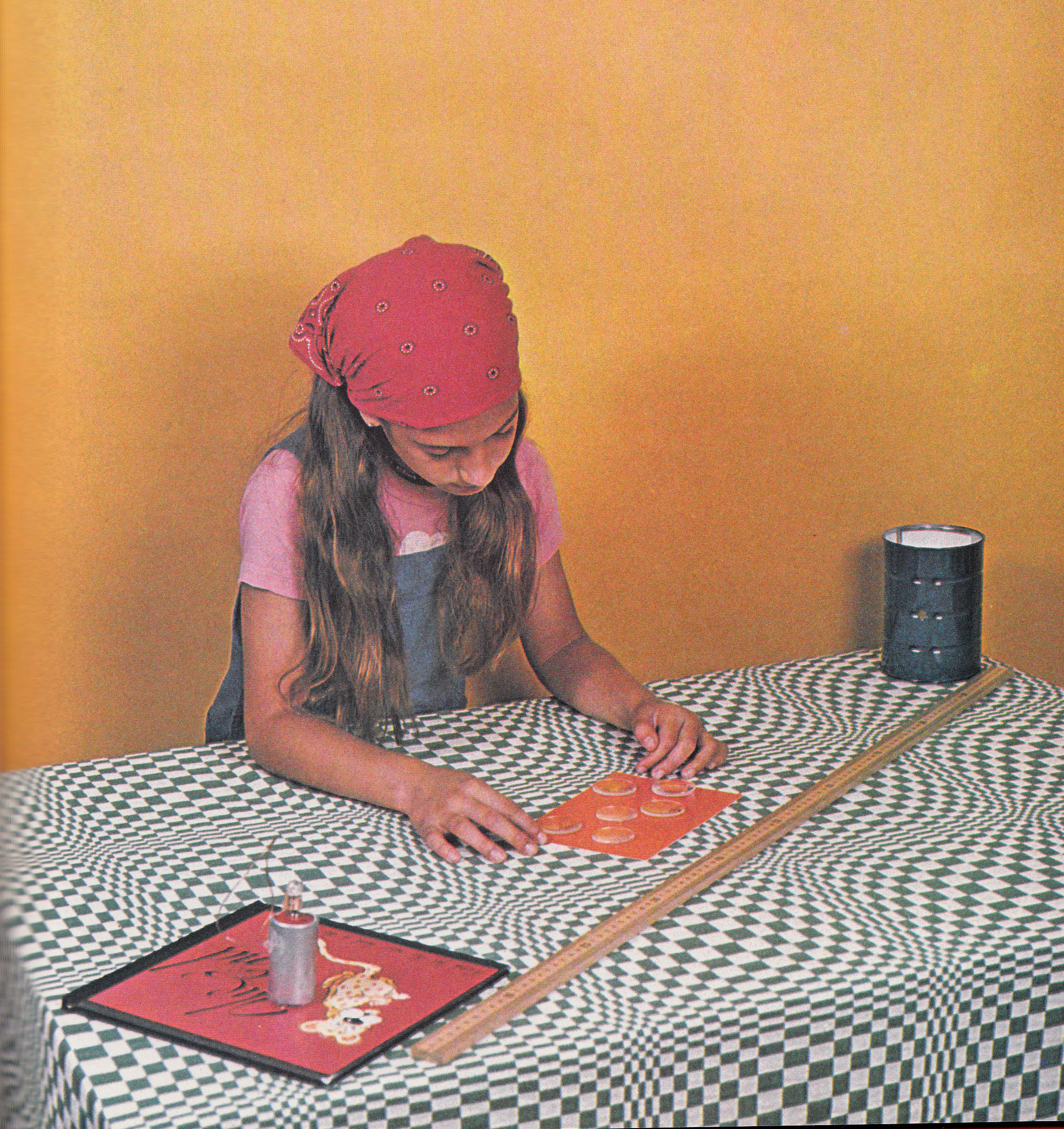 That is the most psychedelic, migraine-inducing tablecloth I have ever seen. 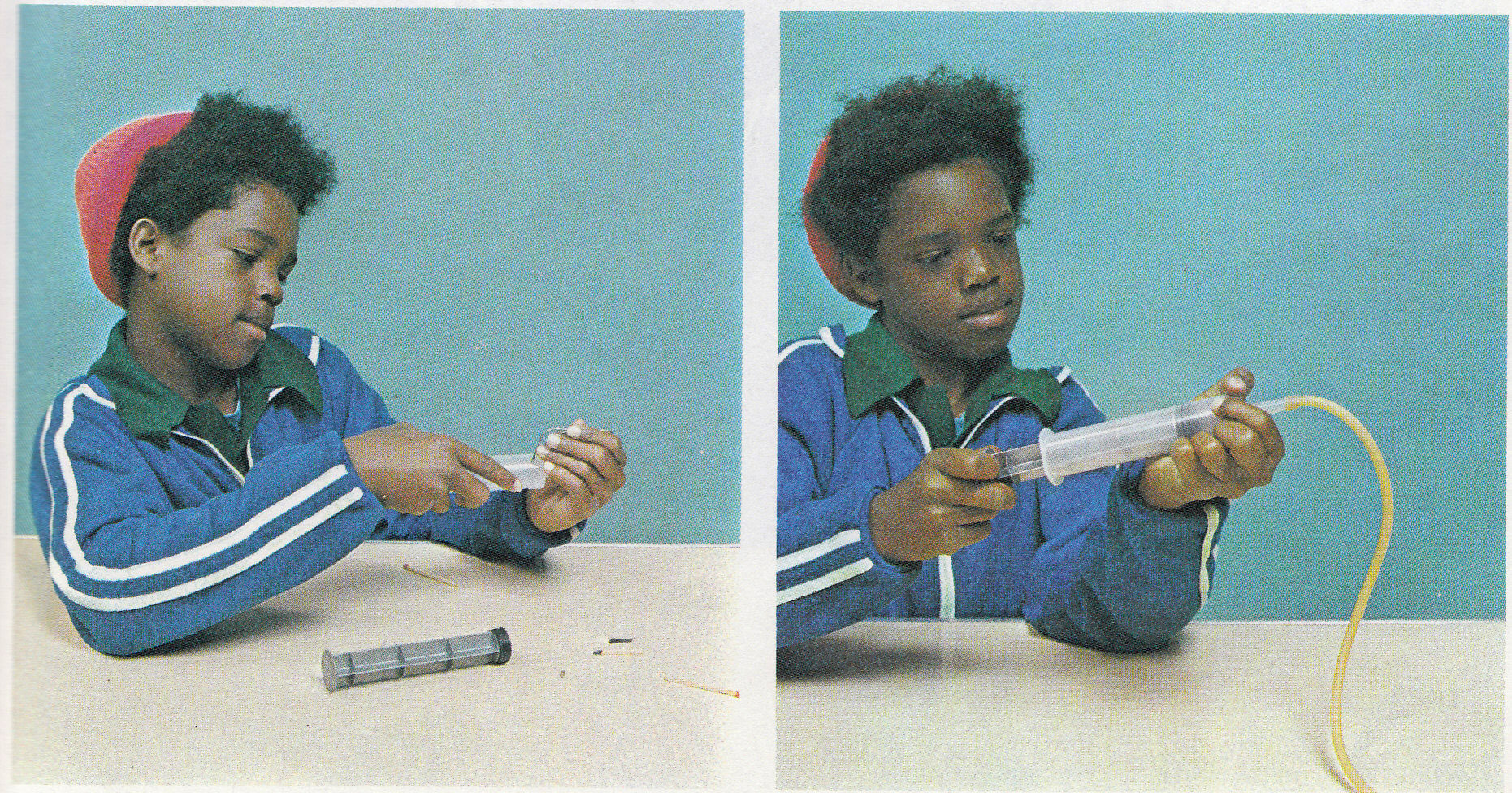 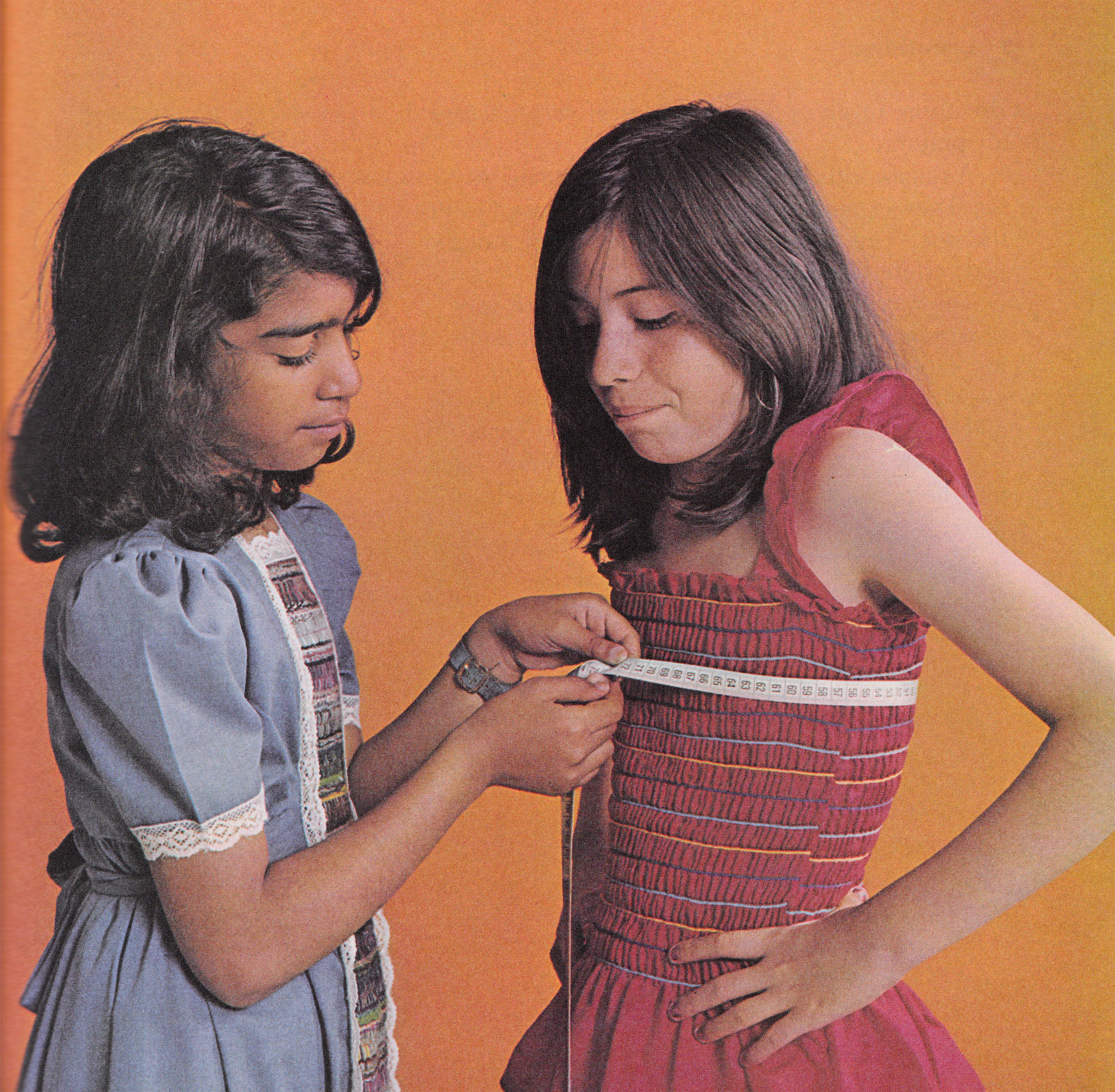 Learning to take measurements.  This would probably be deemed inappropriate in today’s textbooks. 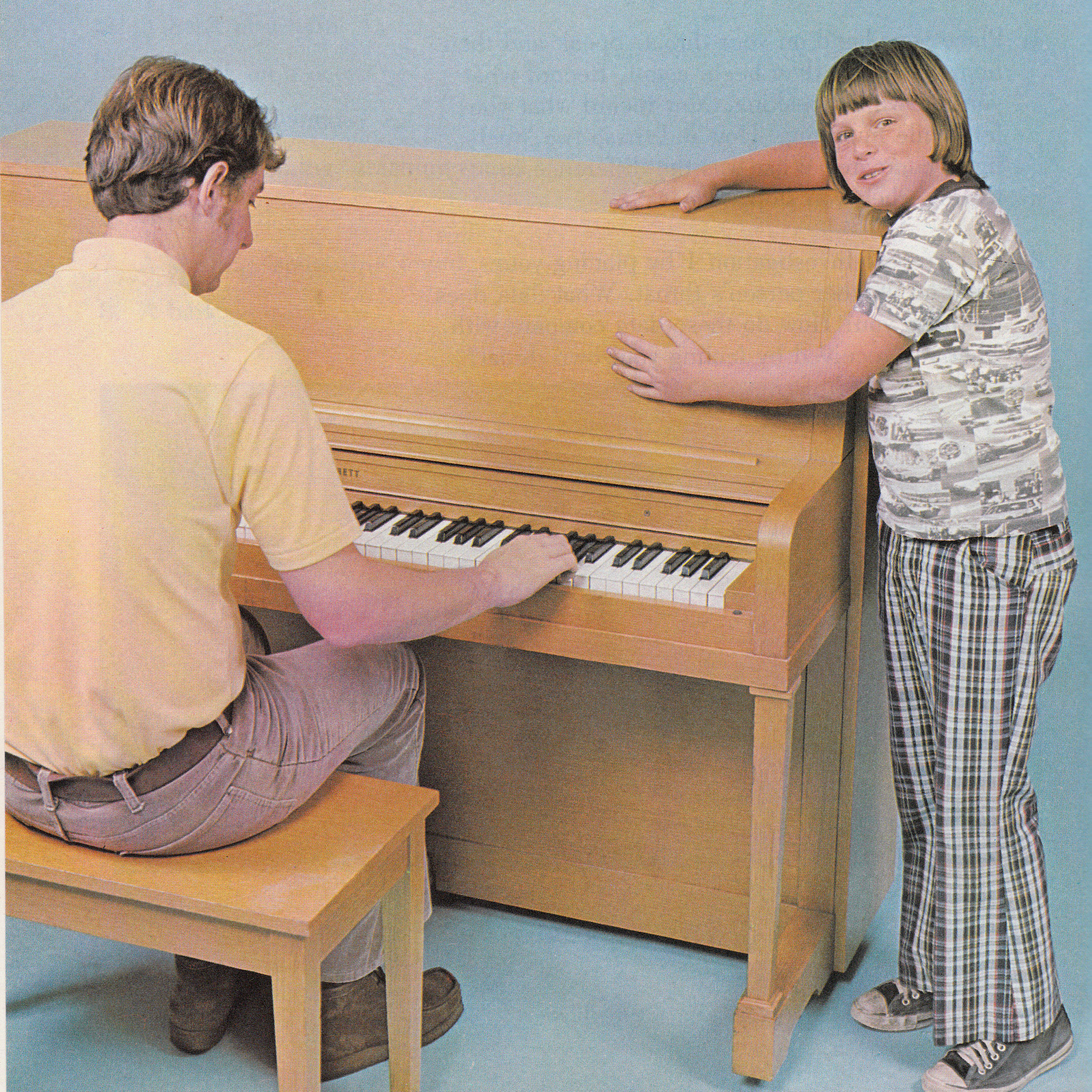 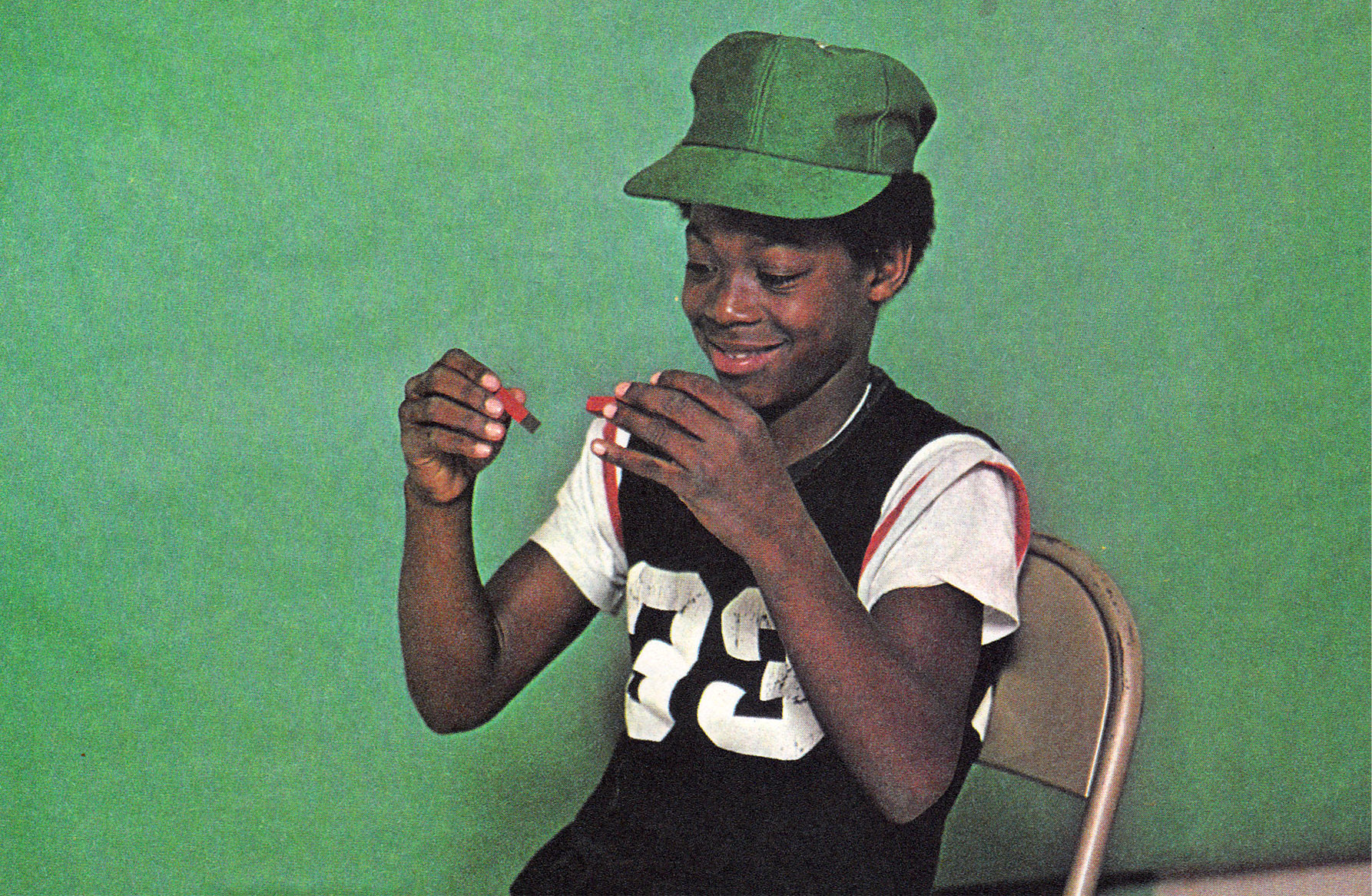 This lad is deriving altogether too much joy from holding two magnets together.  I’m going to posit the theory that the second hand smoke on this photo shoot began to impact the children. 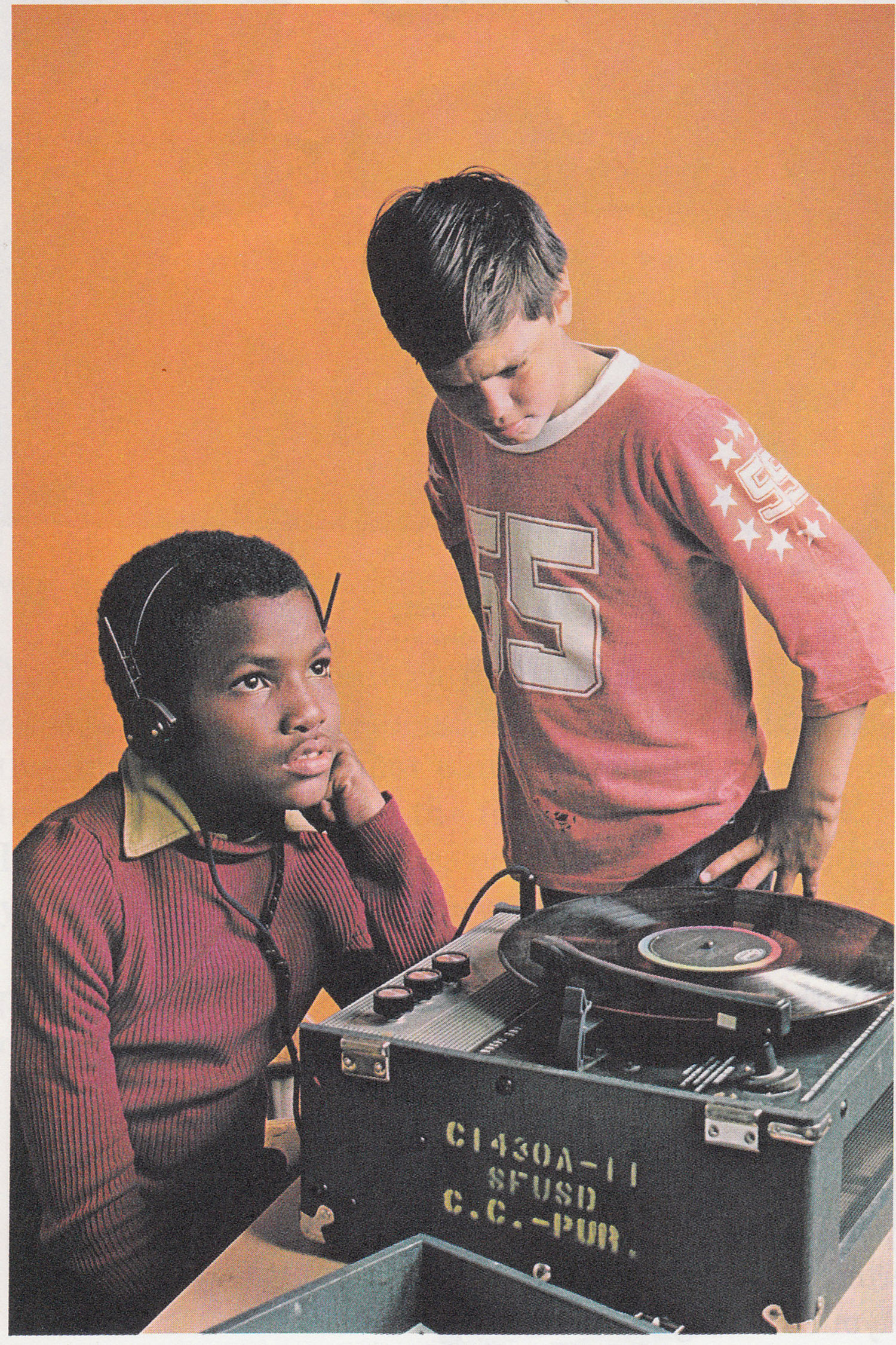 I’m not sure what the dynamic is here: the black boy is innocently enjoying some tunes (The Isley Brothers perhaps?) while the white kid looks on with utter contempt. 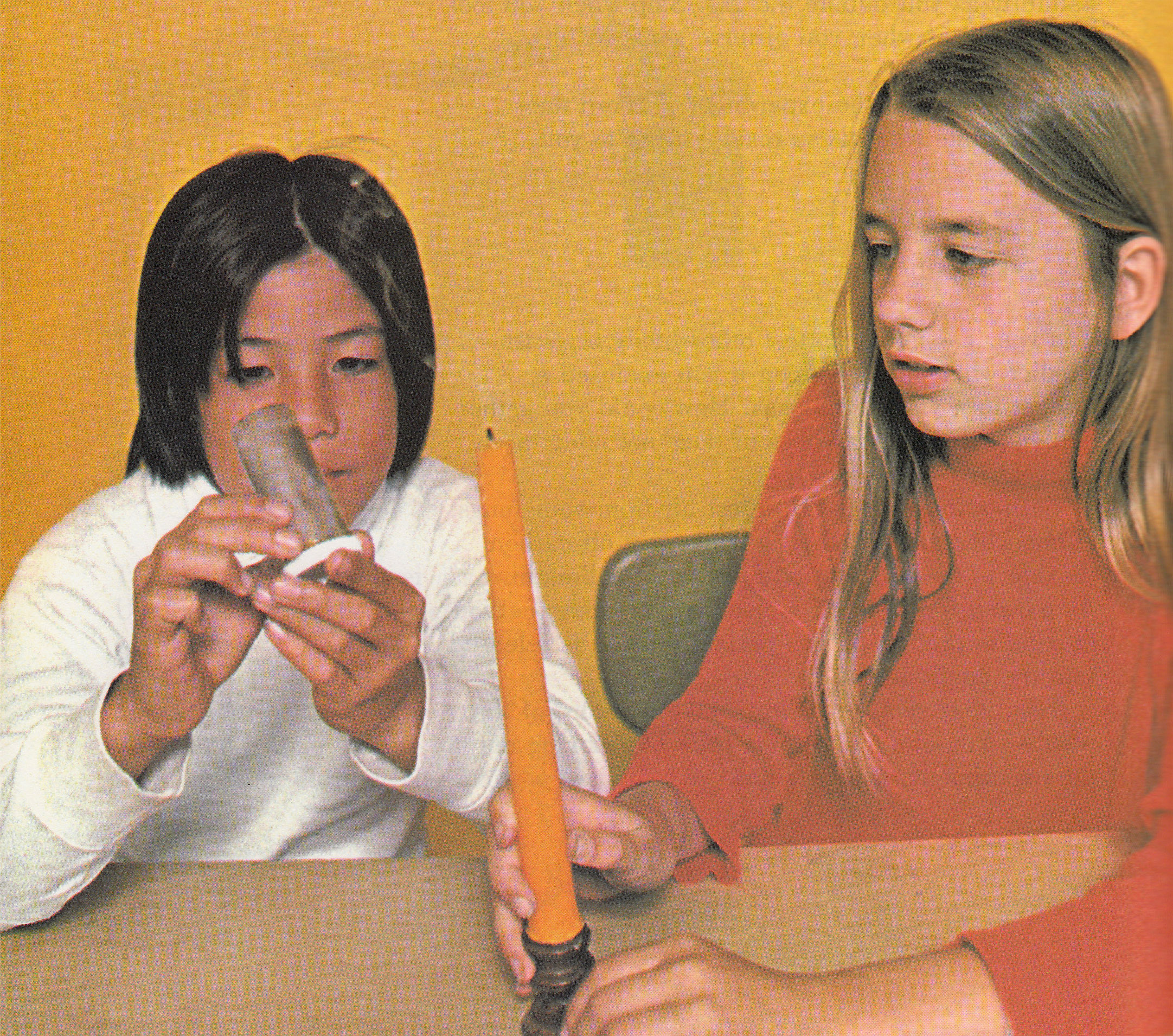 So, let’s have a look at the instructor.  What sort of teacher is working with these kids?  Surely he’s of sound mind, and not a hopeless stoner as these illustrations may suggest…. 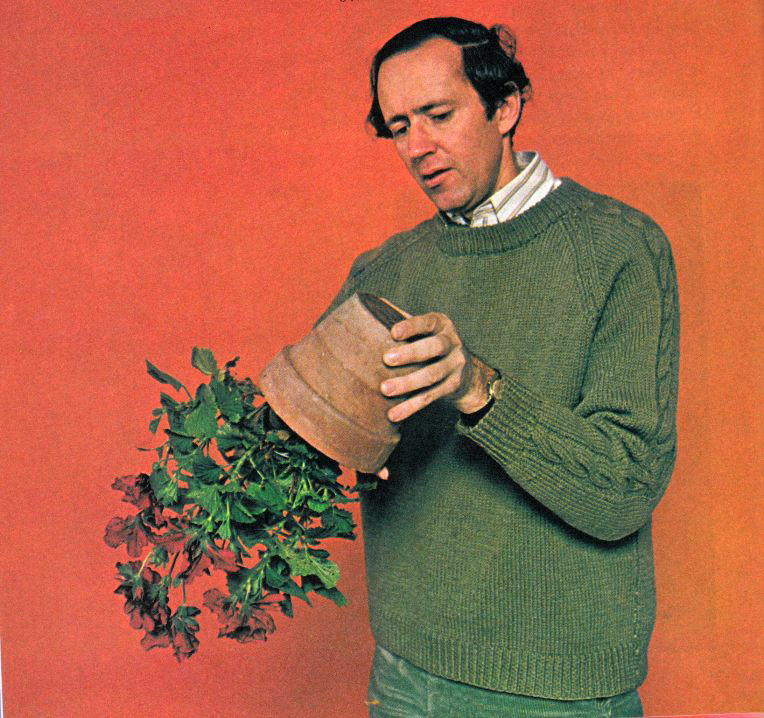 The sad thing is that this isn’t a particularly unusual textbook for the times.  In the 1970s, for whatever reason, plastering each and every classroom text with photographs like these was the thing to do.  I’m not sure how effective it was in illustrating the concepts, but it sure makes for a fun read forty years later. 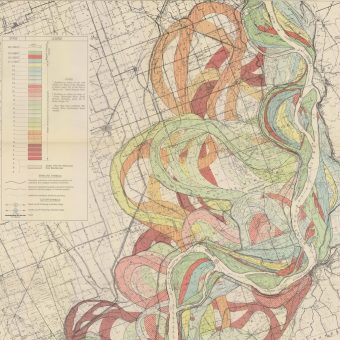 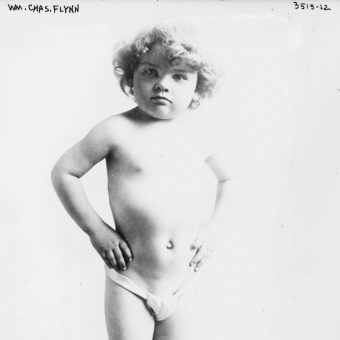 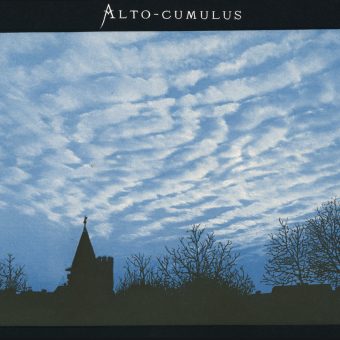