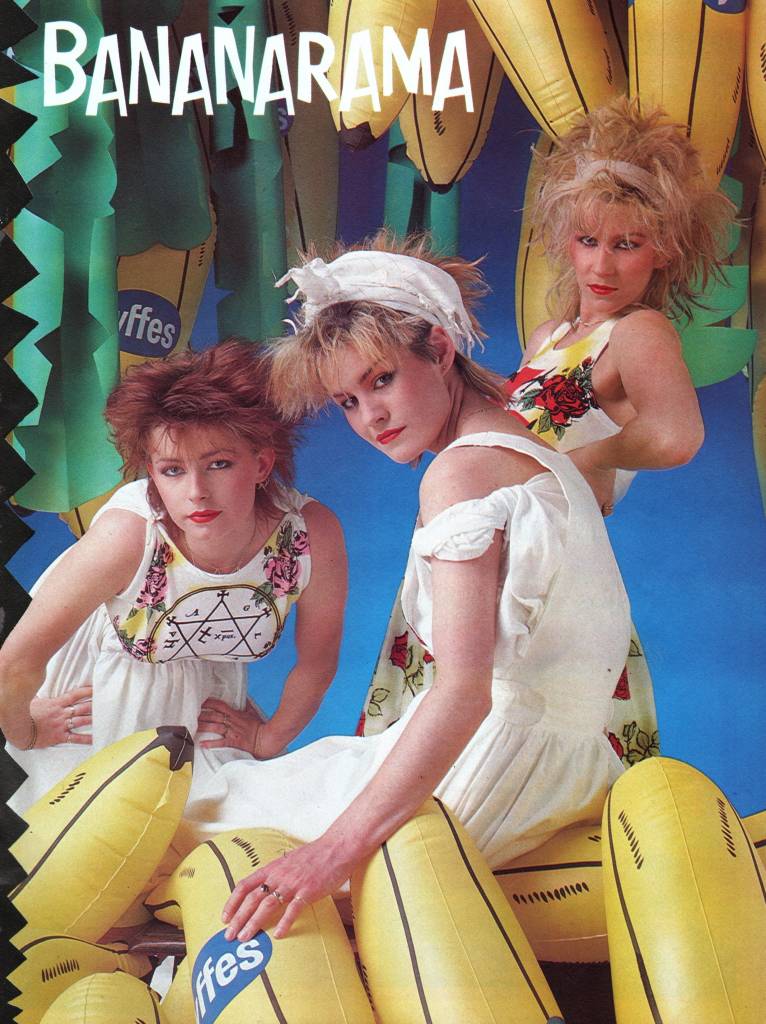 Smash Hits and the all-girl pop group Bananarama were sort of made for each other. The magazine was first published in September 1978 with the Belgian one-hit-wonder Plastic Bertrand – real name Roger Jouret – on the cover. It ran from 1978 to 2006 and was issued fortnightly for most of that time. It hit its heyday, however, in the early 80s when it would, extraordinarily, regularly sell around half a million copies in the early 1980s just when Bananarama were also hitting their stride.

Bananarama formed in London in 1979 by friends Sara Dallin, Siobhan Fahey and Keren Woodward and their success earned them a listing in The Guinness Book of Records as the all-female group with the most chart entries in the world.
Woodward and Dallin had been childhood friends in Bristol since the age of four, and attending St. George’s School for Girls together. The pair became a trio when Dallin met Fahey while studying fashion journalism in London. They became friends because they both dressed more radically than the other students. The trio were ardent followers of the punk rock and post-punk music scene during the late 1970s and early 1980s and often performed impromptu sets or backing vocals at gigs for such bands as The Monochrome Set, Iggy Pop, The Jam, Department S and The Nipple Erectors. 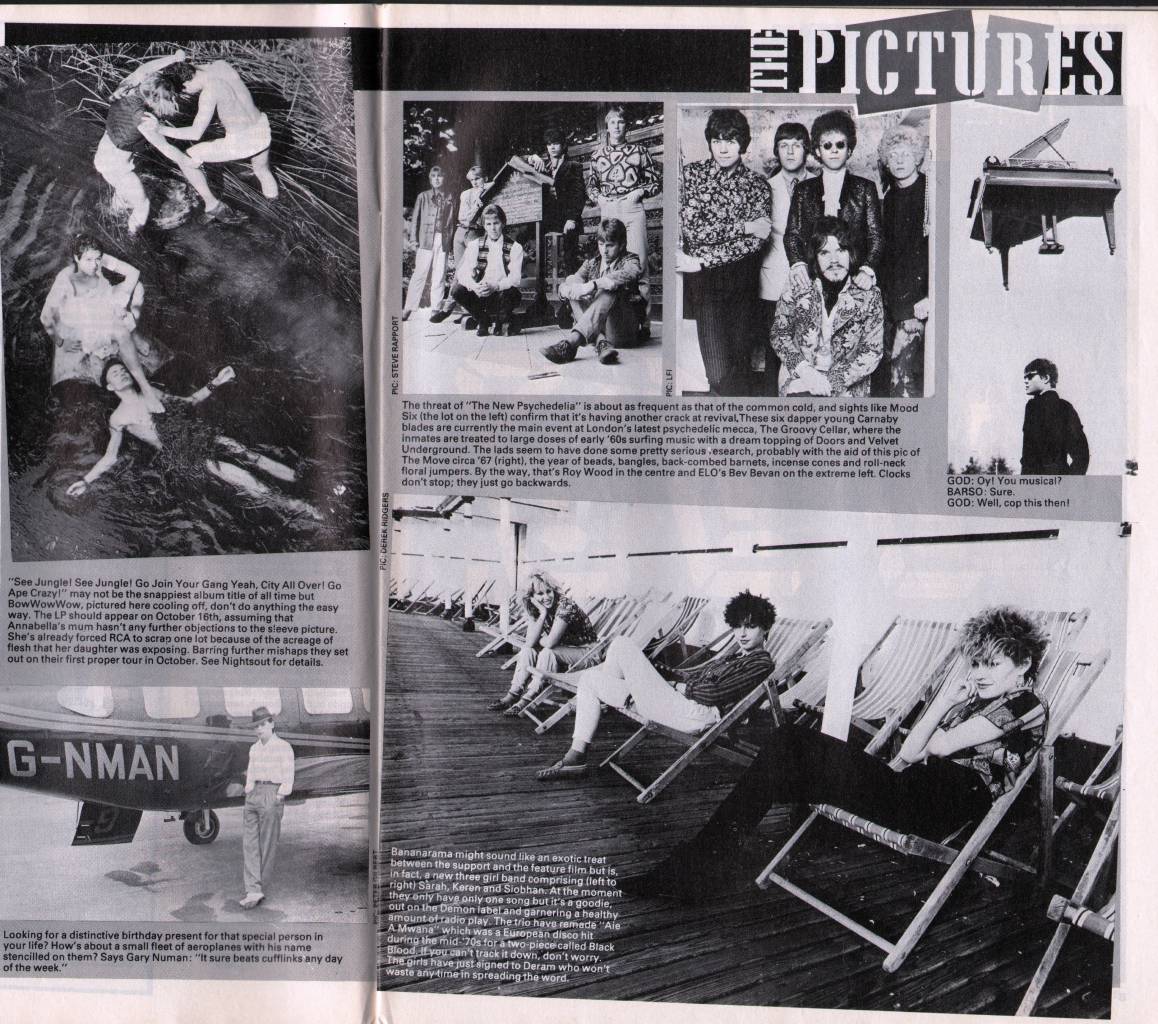 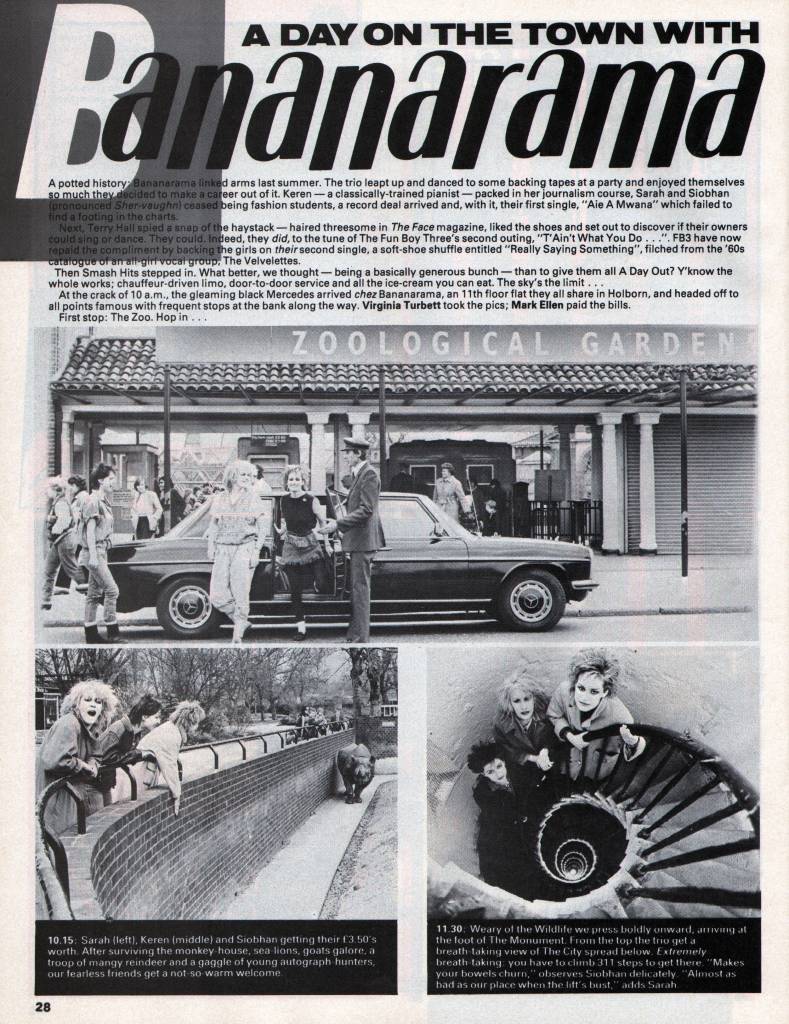 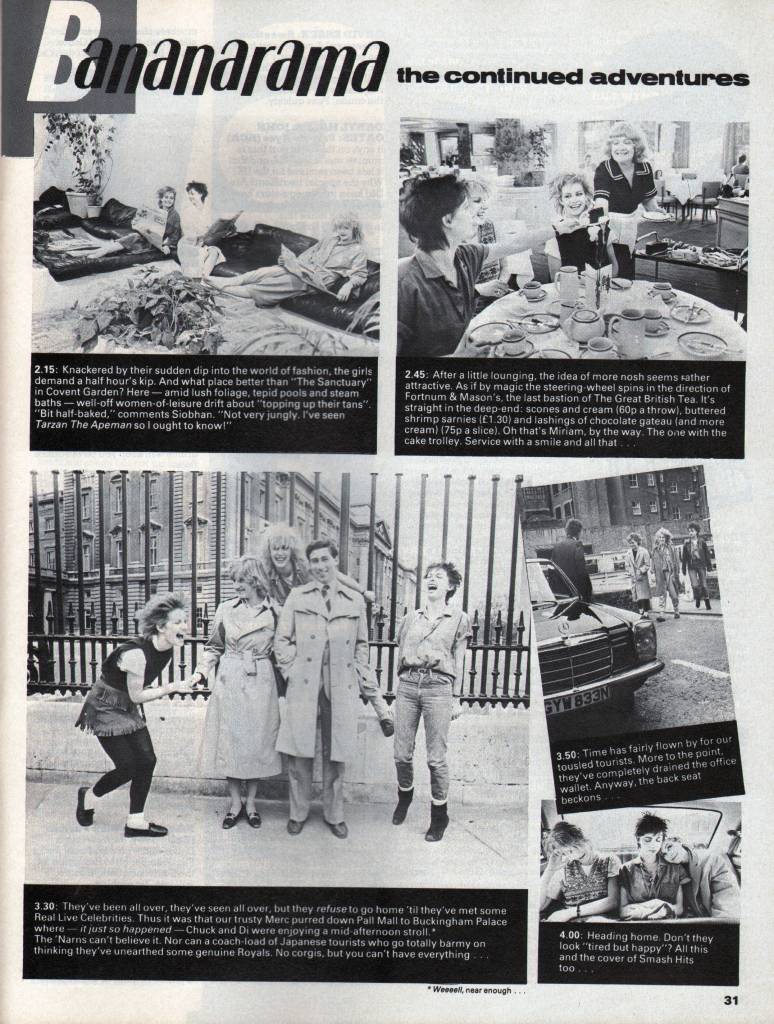 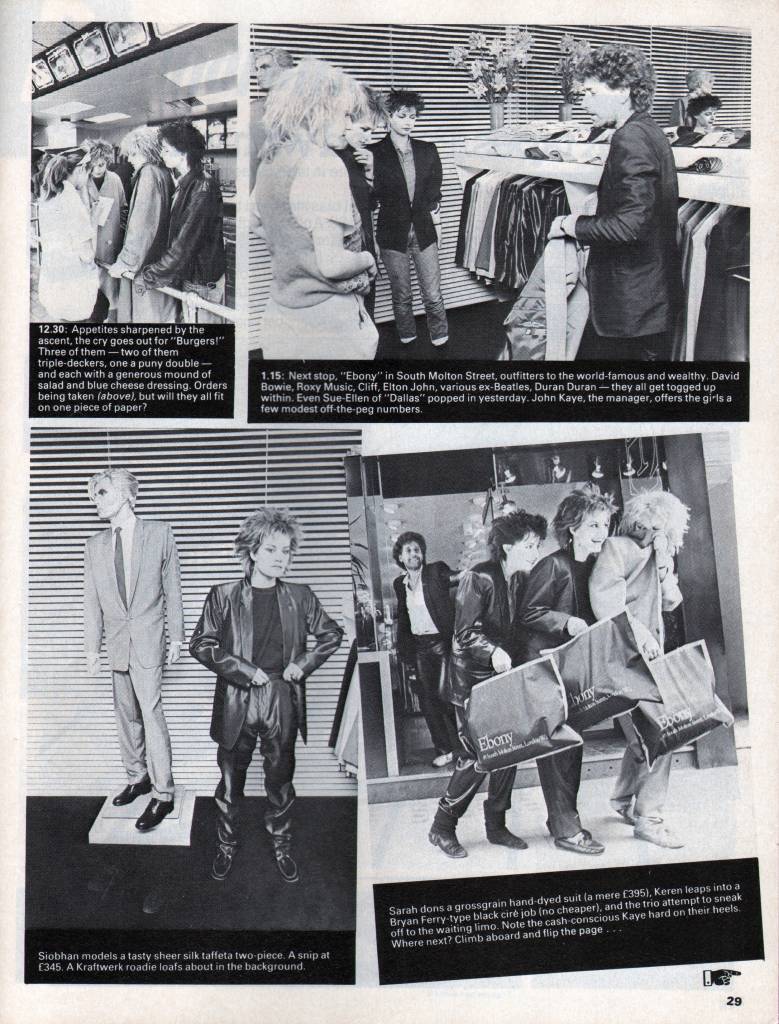 In 1981, Bananarama’s members were living above the rehearsal room that was used by former Sex Pistols members Steve Jones and Paul Cook. With their help, Bananarama recorded their first demo “Aie a Mwana” (a cover of a song by Black Blood, sung in Swahili). The demo was heard at Demon Records, who consequently offered Bananarama their first deal. The song was an underground hit and Bananarama were signed by Decca (later London Records) and remained on the label until 1993. Bananarama’s only previous experience in a recording studio at the time was as background vocalists on the Department S B-side, “Solid Gold Easy Action,” a T.Rex cover in early 1981. 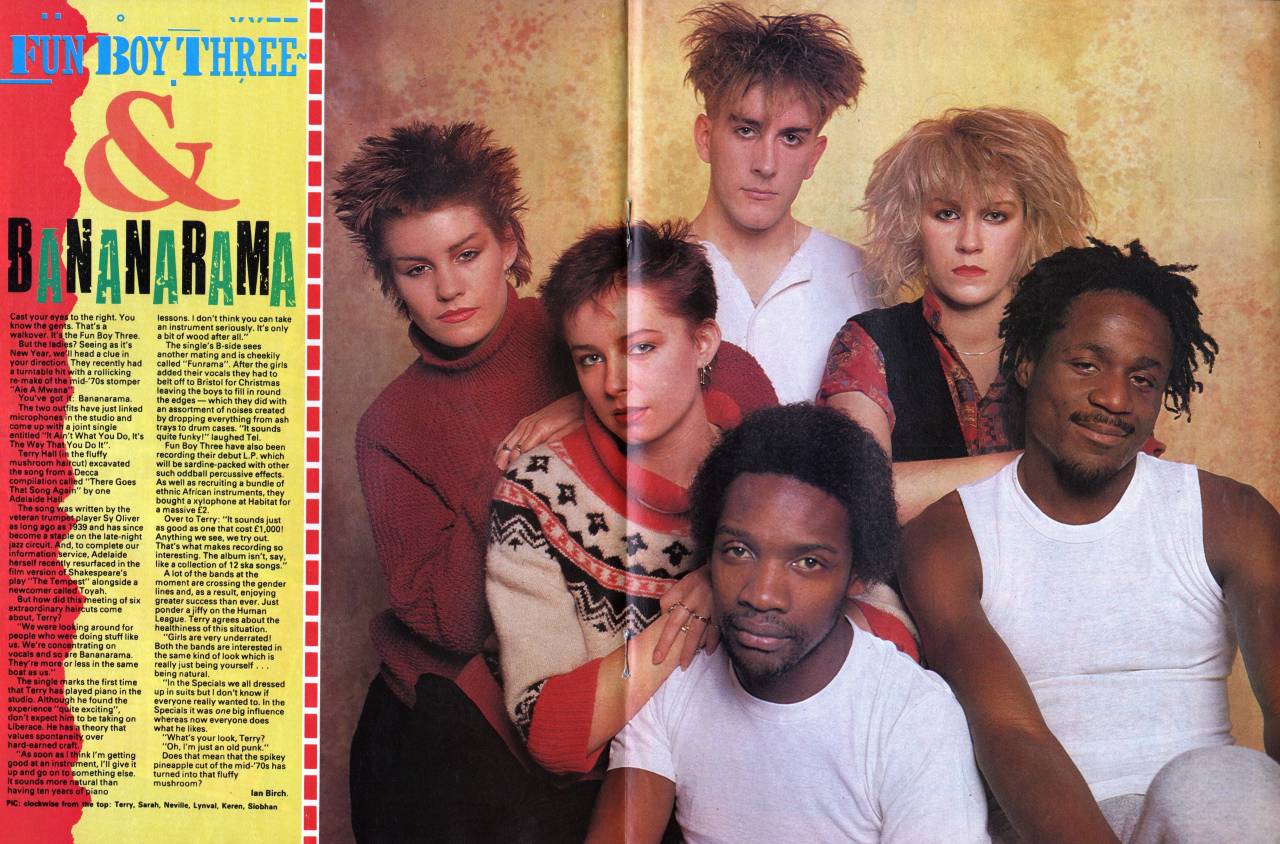 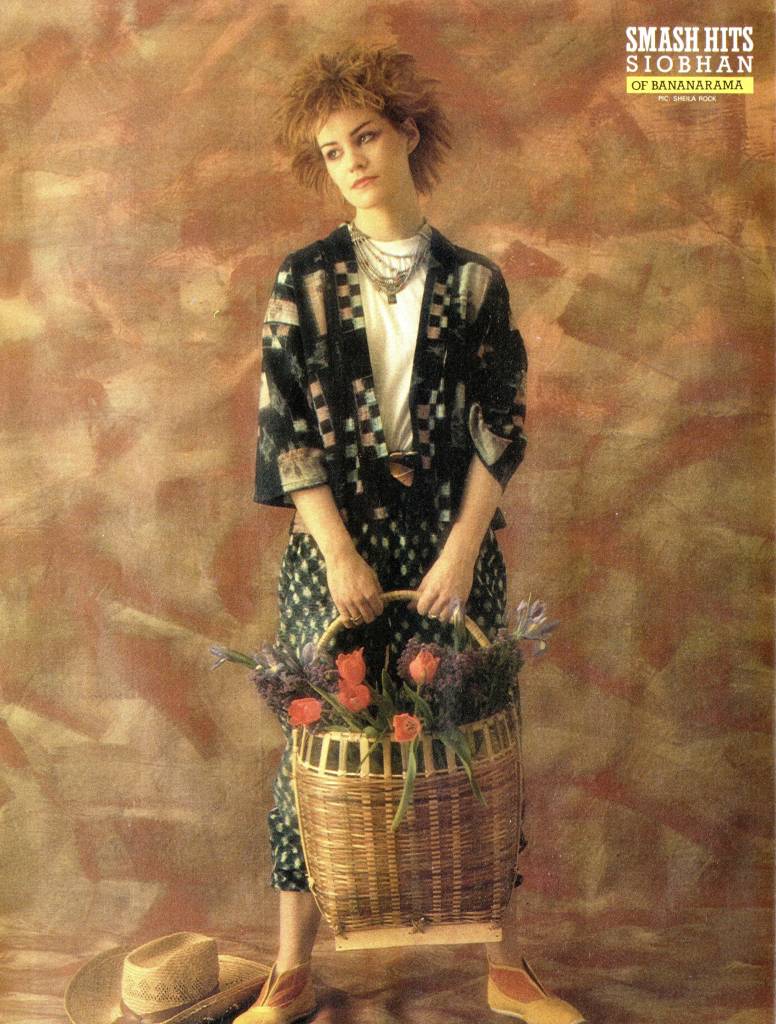 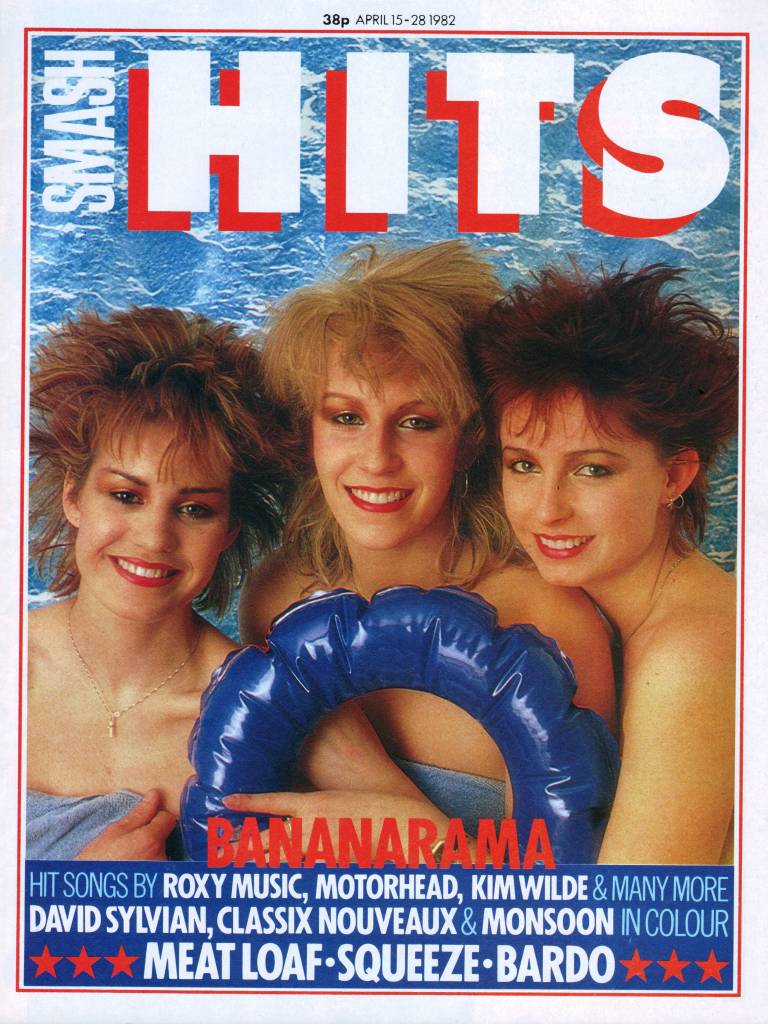 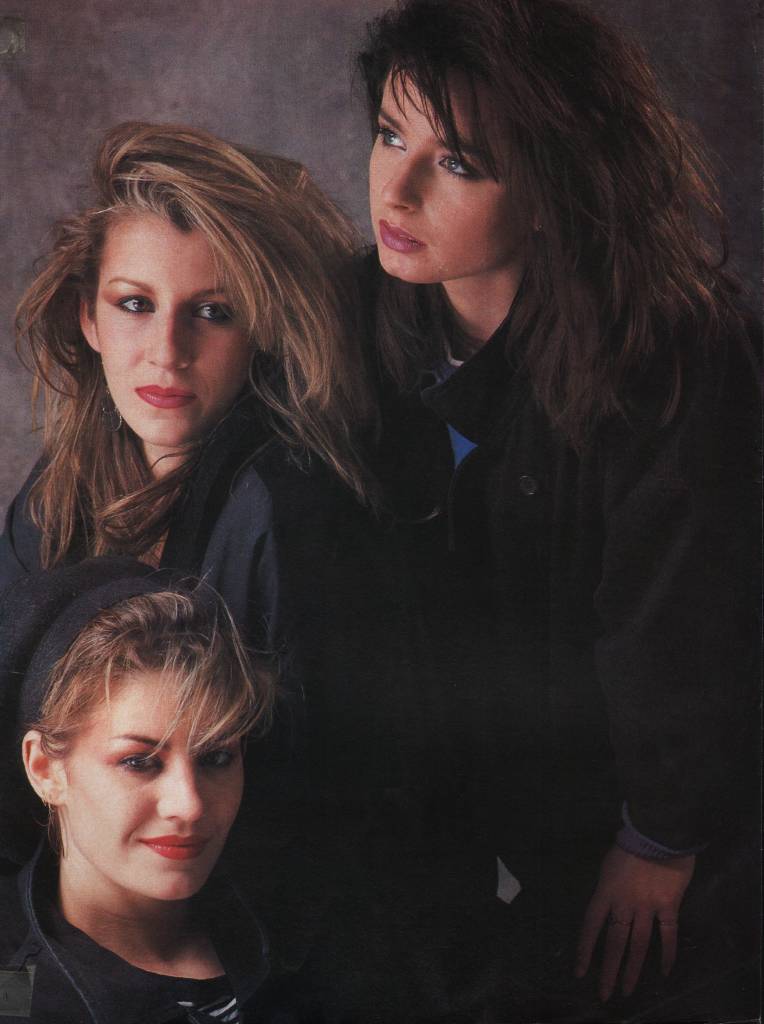 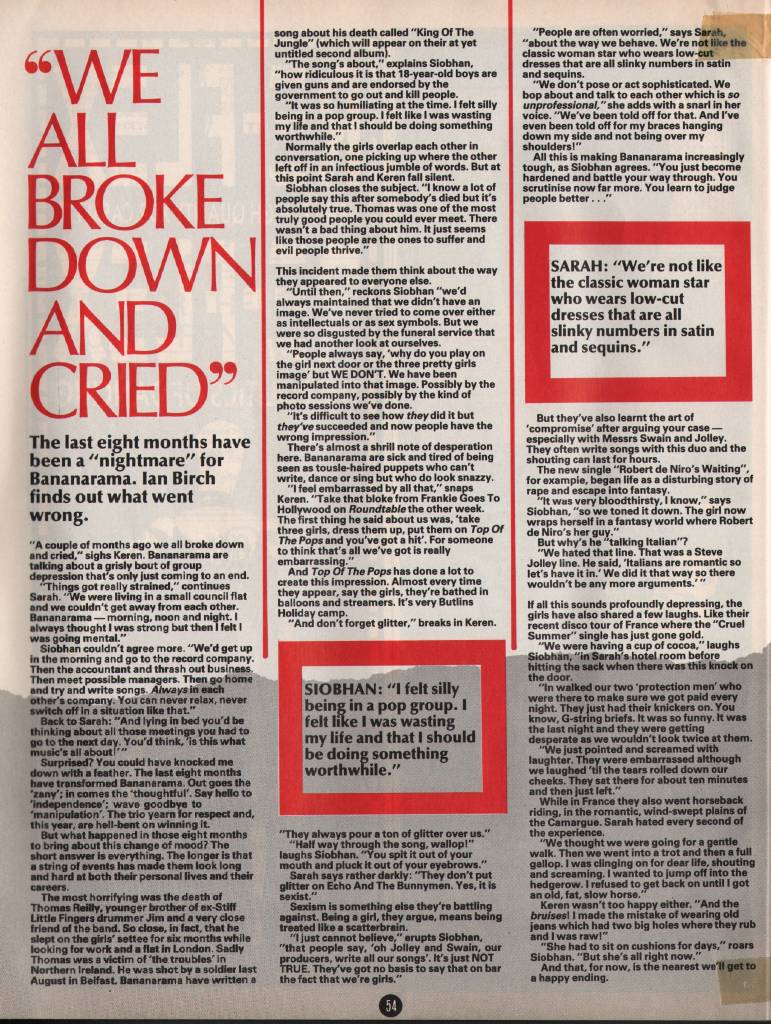 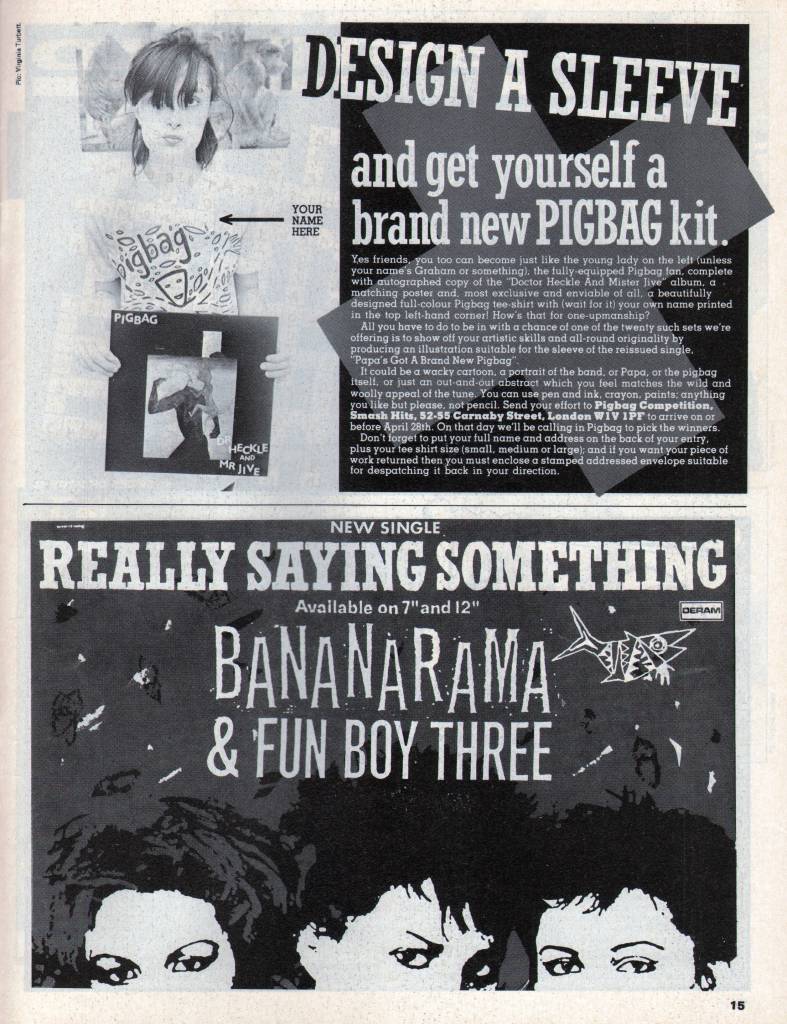 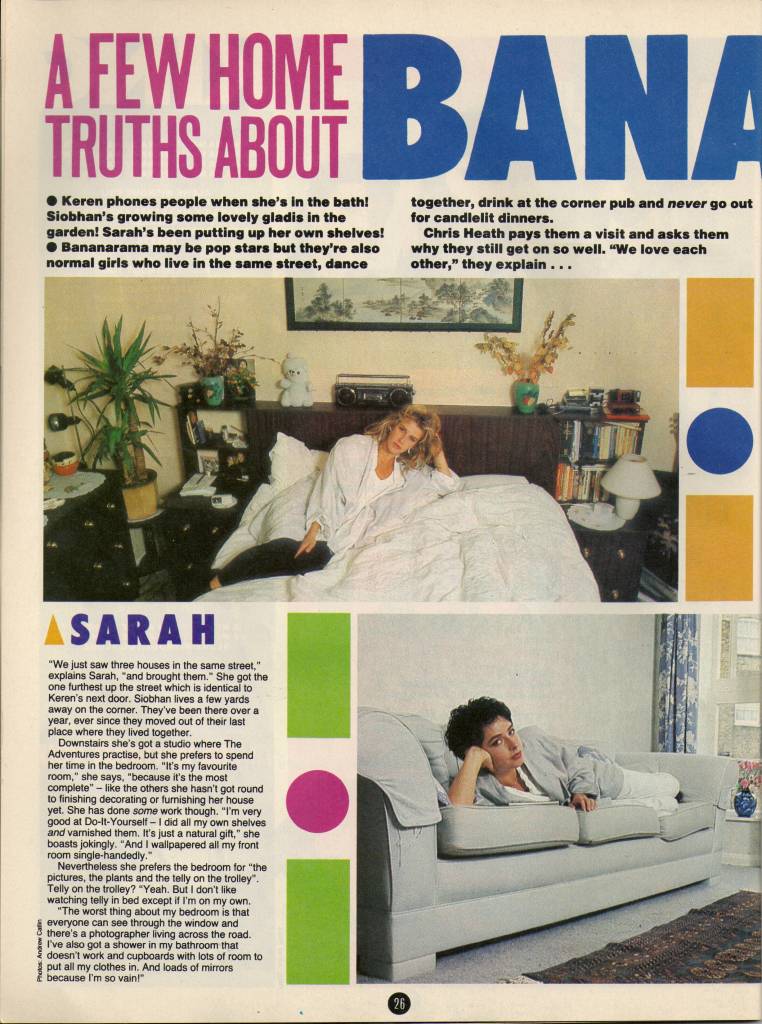 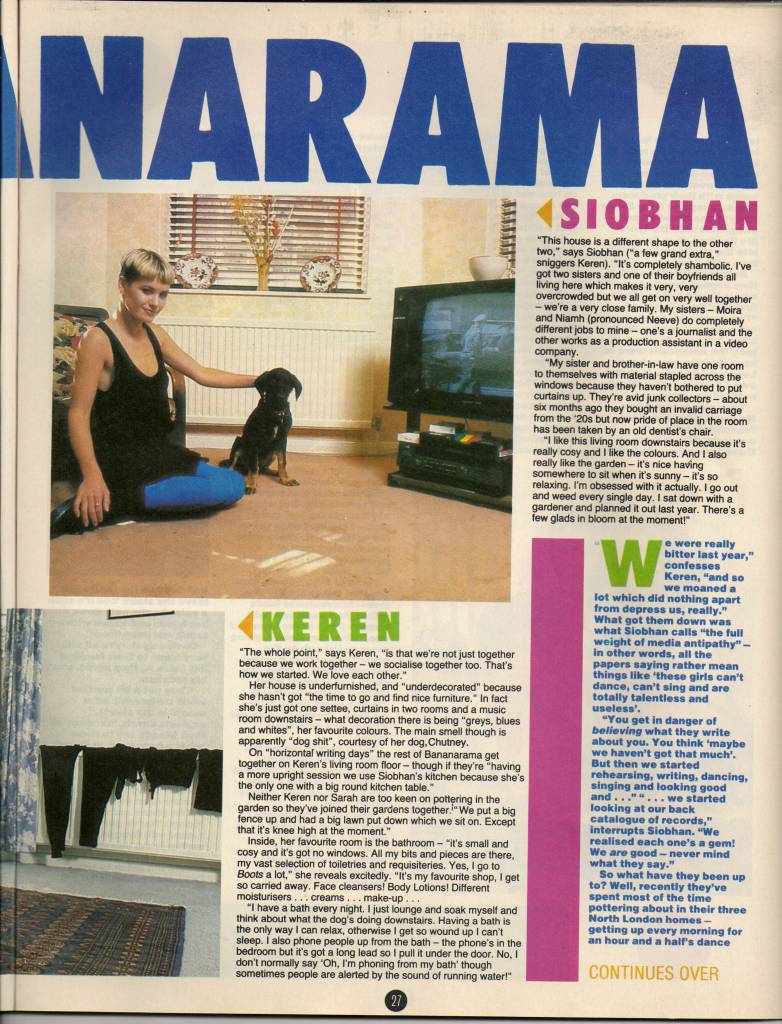 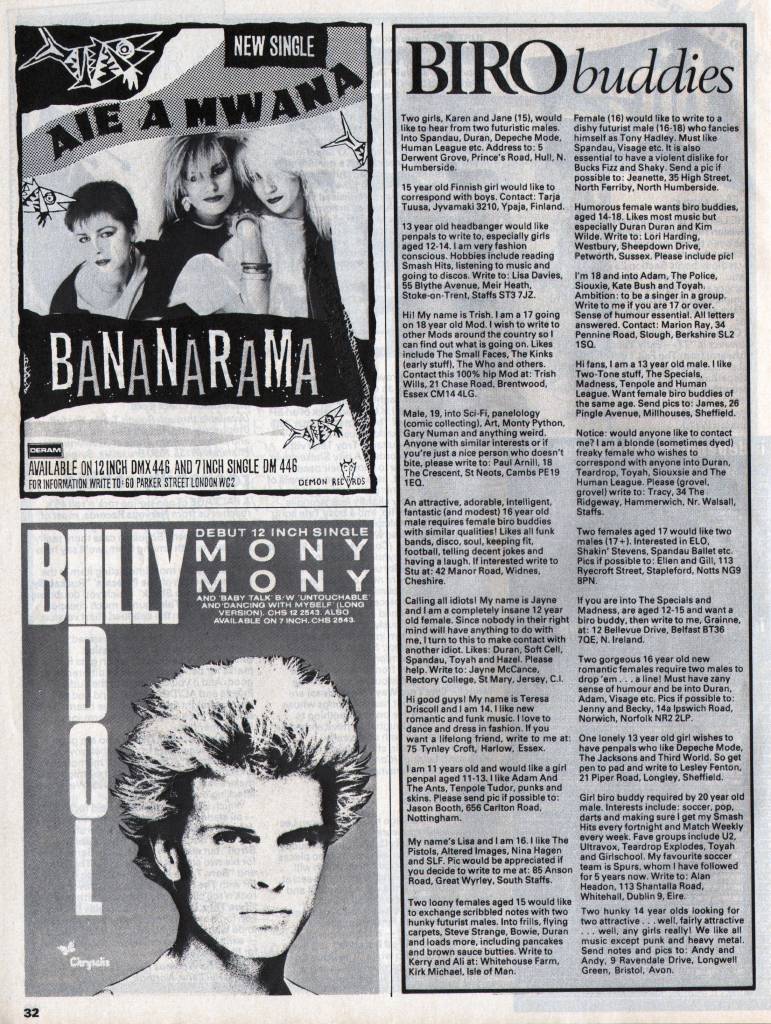 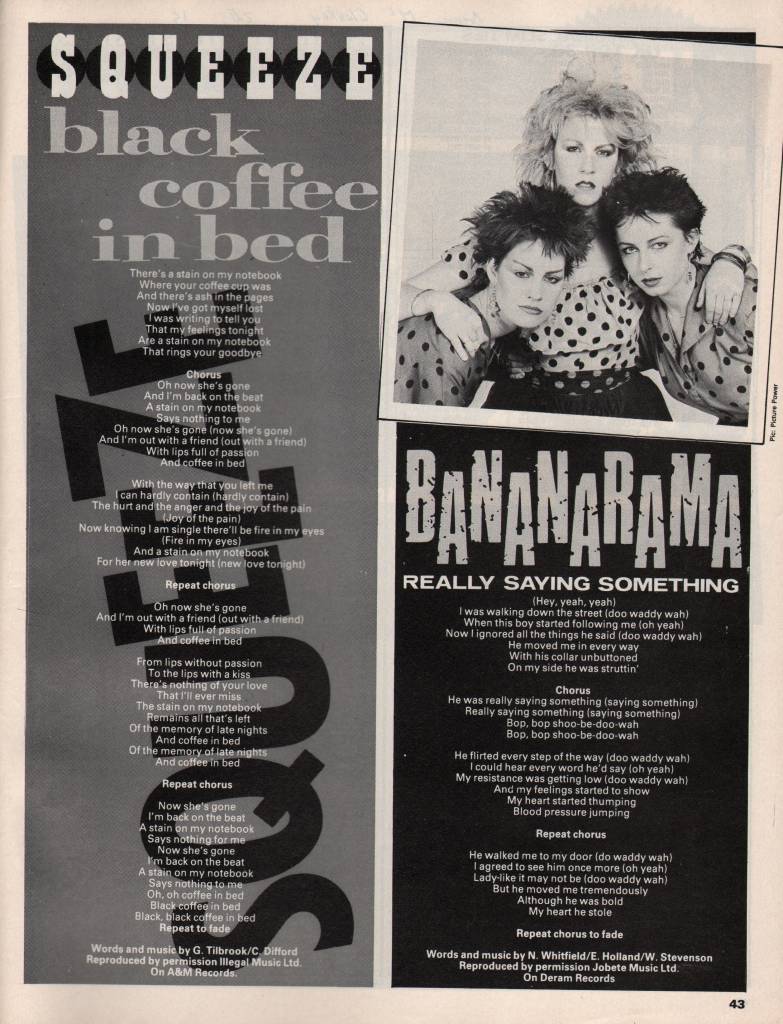 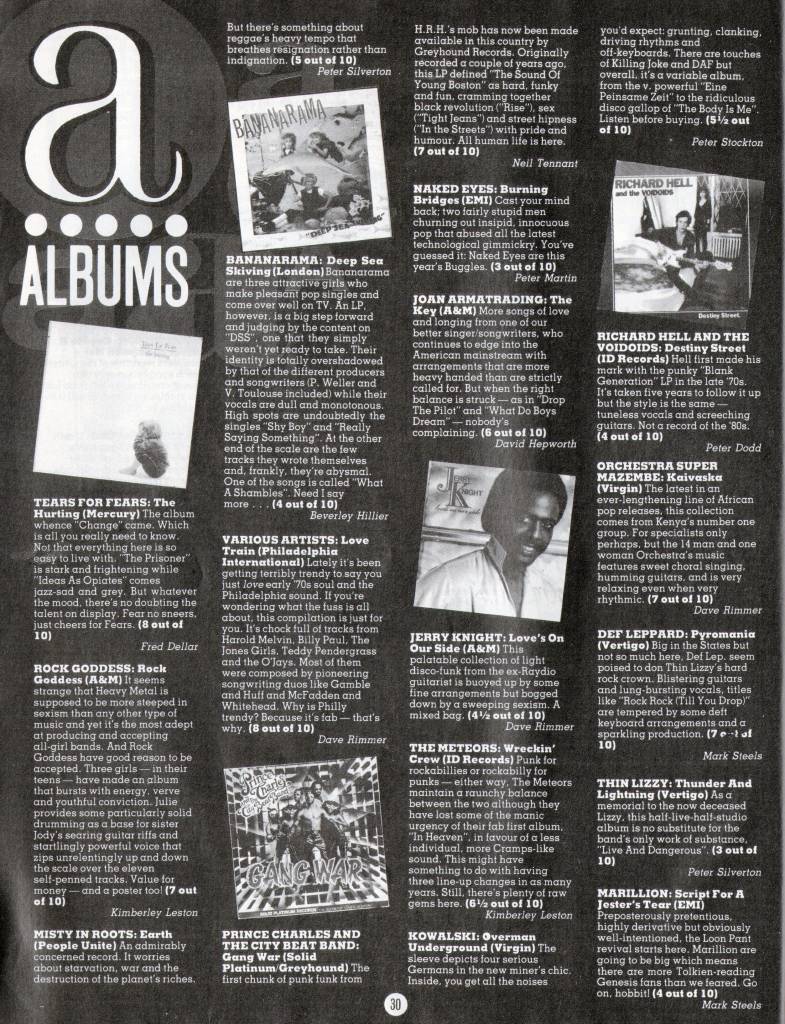 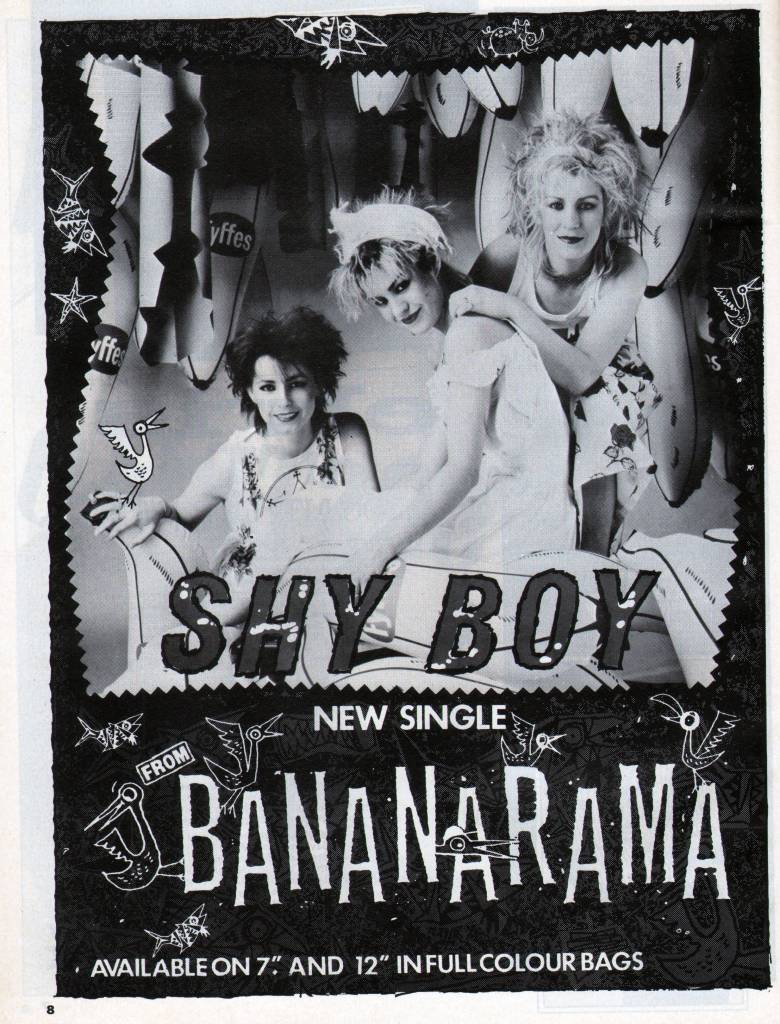 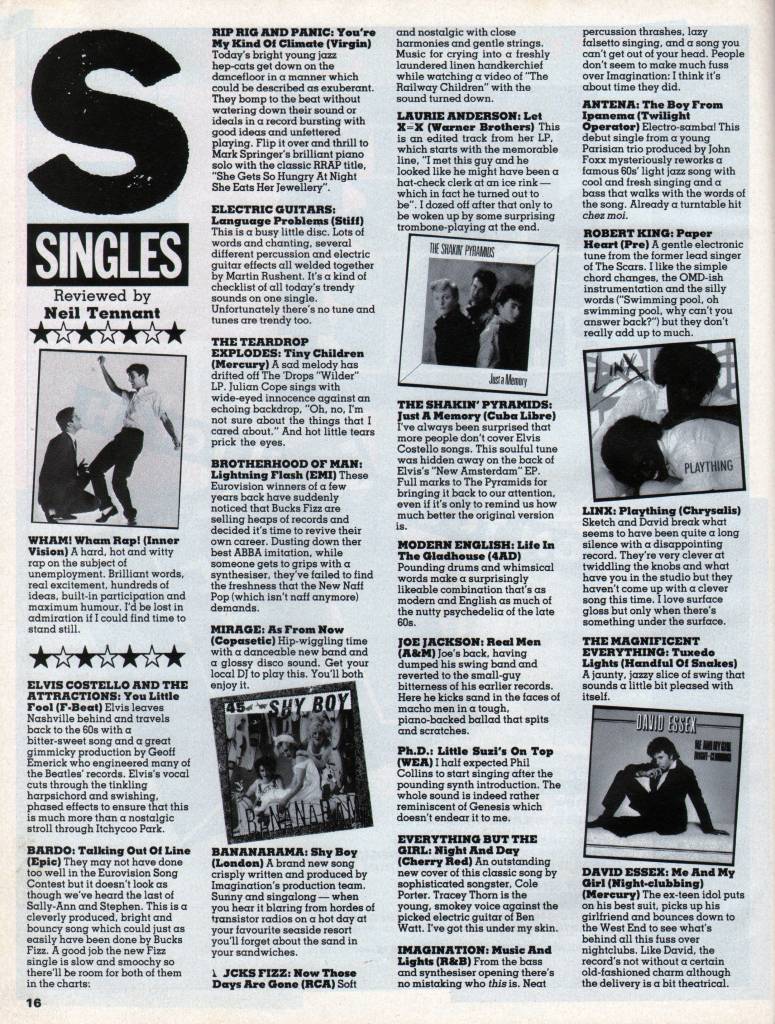 Thank you to Brian McCloskey and his very fine collection of Smash Hits on his wonderful Flickr site.