We’re off to Iran in 1967, where demons lick your feet at night, metropolitan women can wear Western fashions – and do –  and Shah Mohammad Reza Pahlavi rules. The Revolution is some 12 years away. Harrison Forman, the American photojournalist with connections in US government department is in the country. He takes pictures of the streets of Tehran. We see men and women without headscarves going about their daily lives. In Persepolis, he sees the seat of the Achaemenid Empire (550–330 BC). Founded by Cyrus the Great, the empire stretched from the Balkans to North Africa and Central Asia. He goes shipping for rugs and stuff in Isfahan, the country’s third largest city after Tehran and Mashhad. 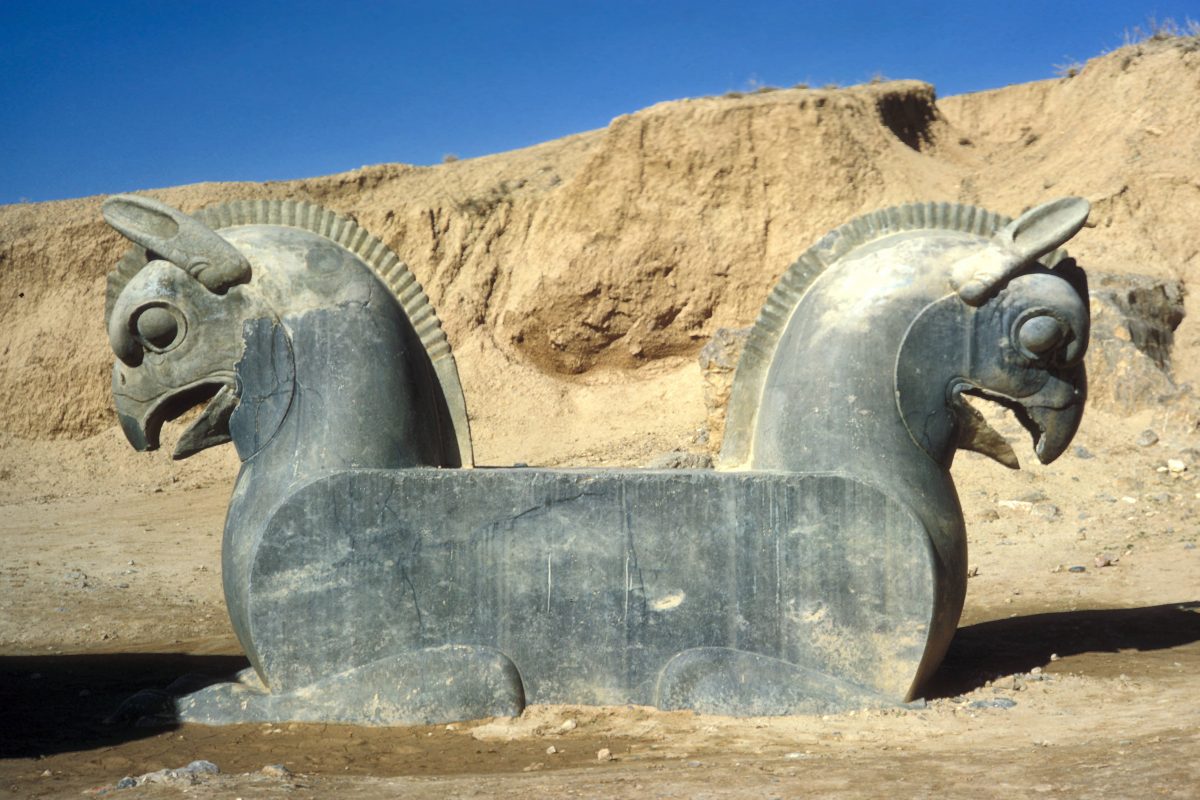 Iran, column capital shaped like a griffin at Persepolis 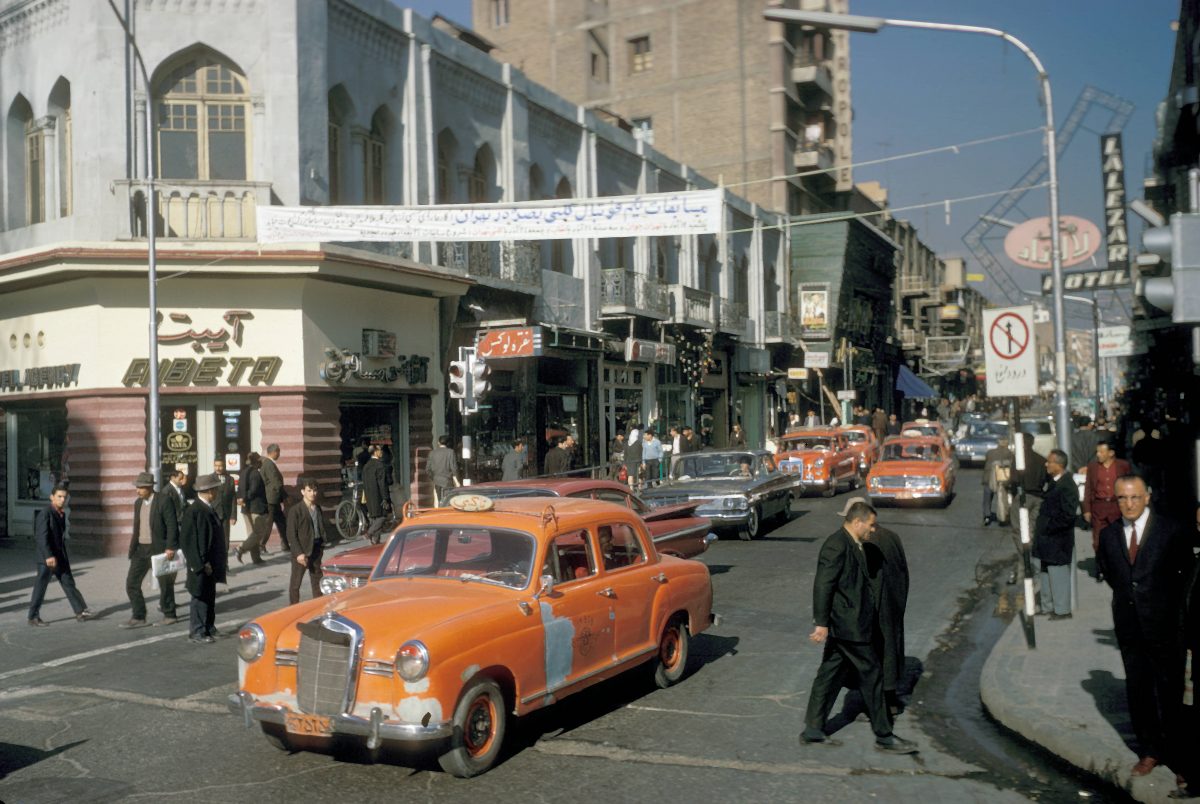 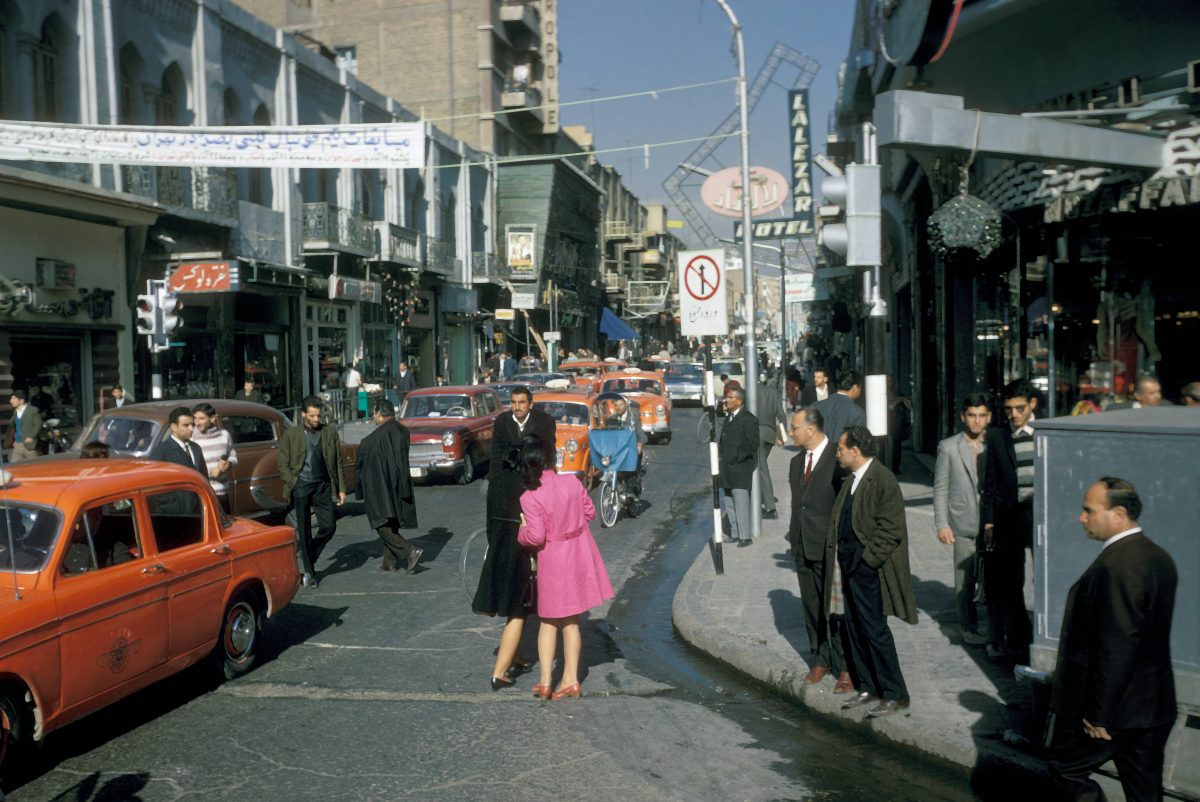 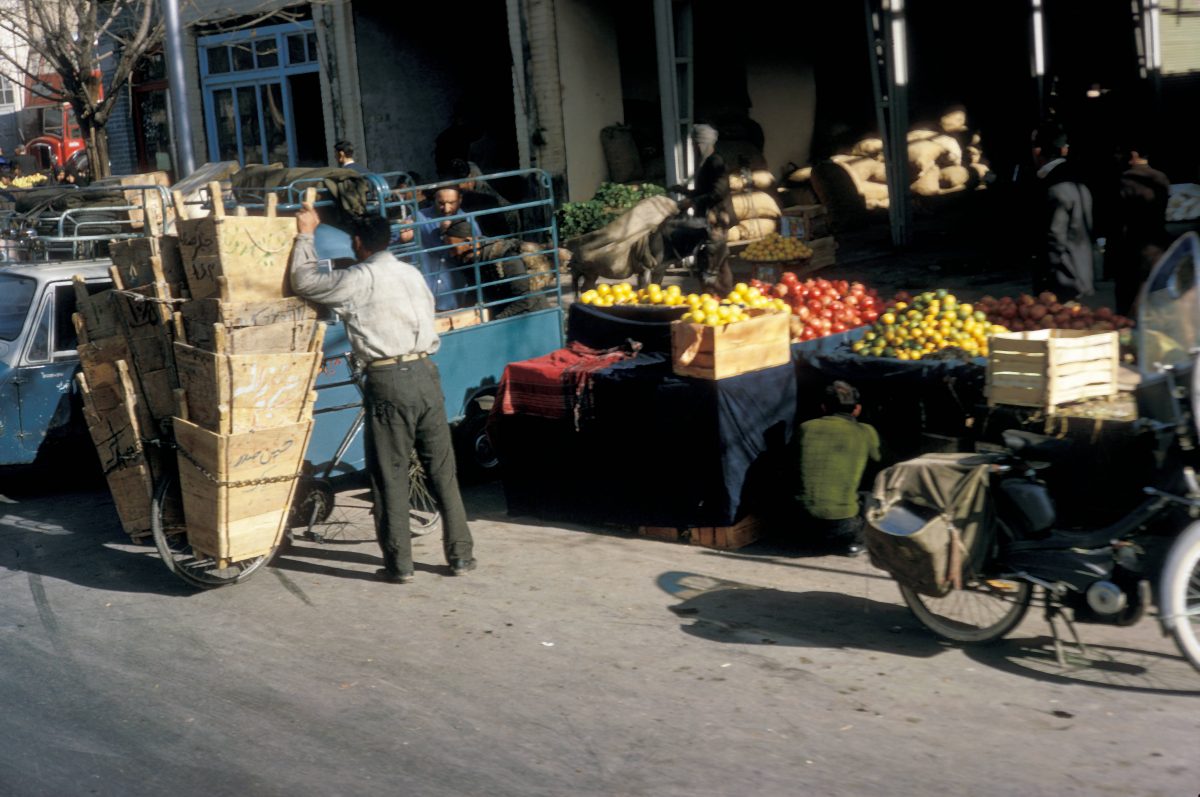 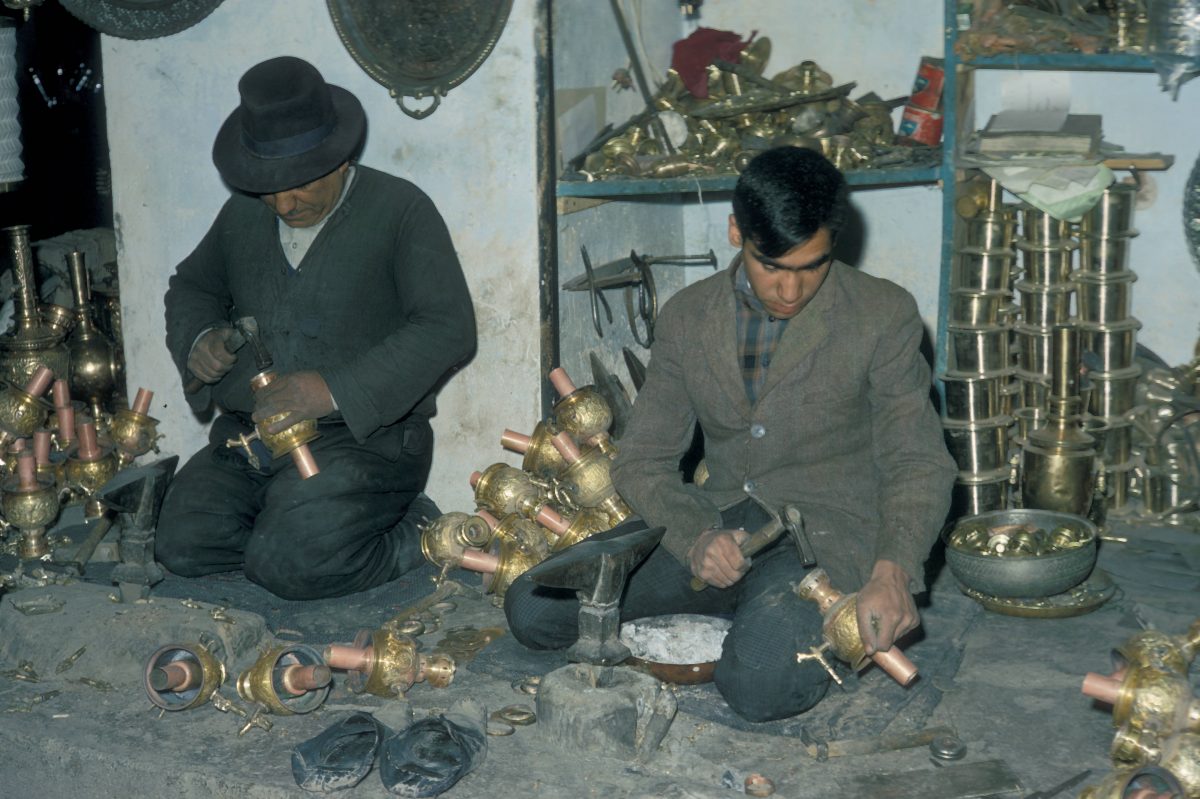 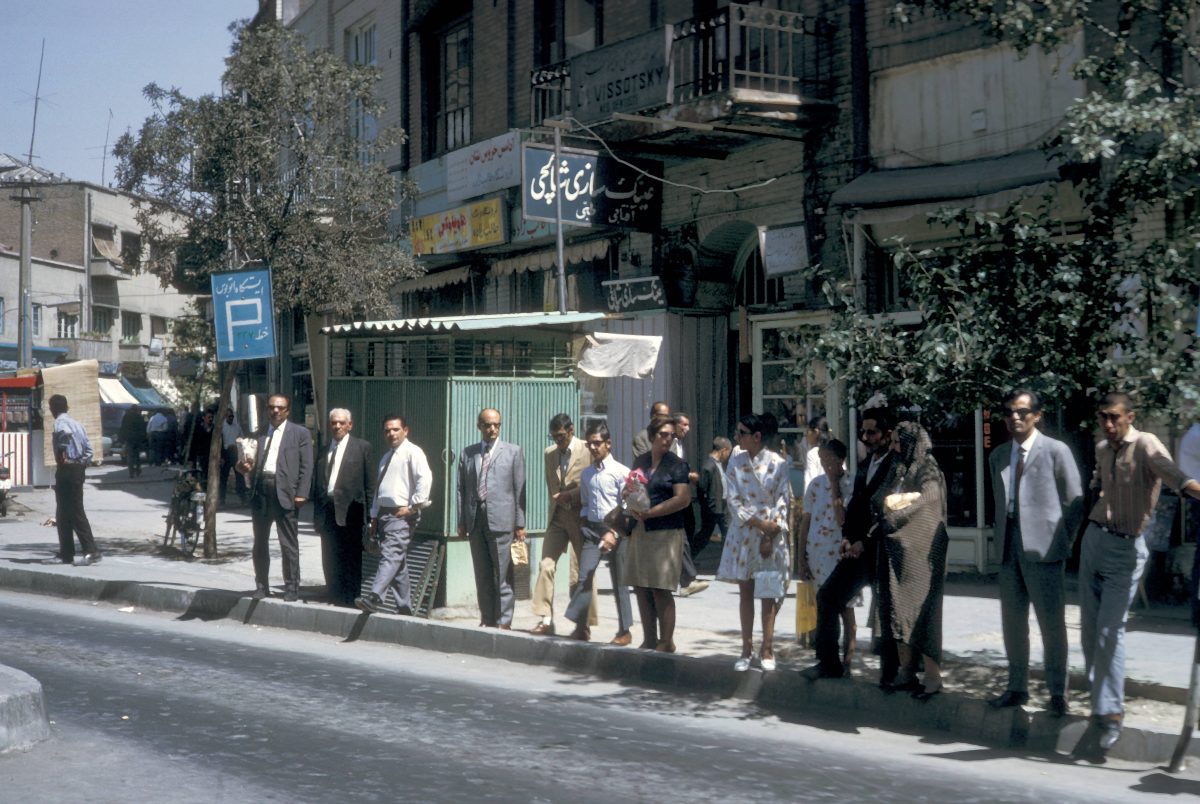 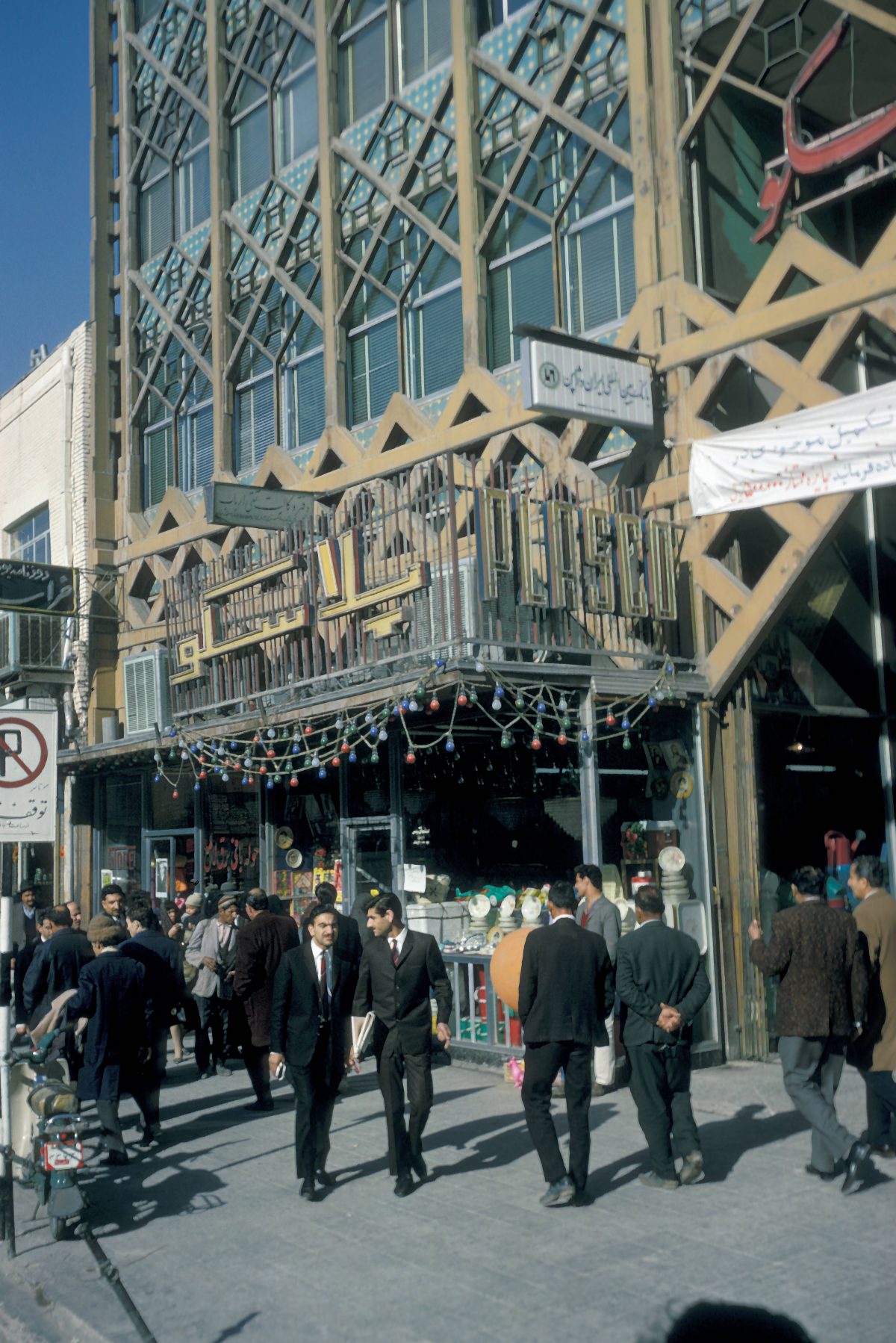 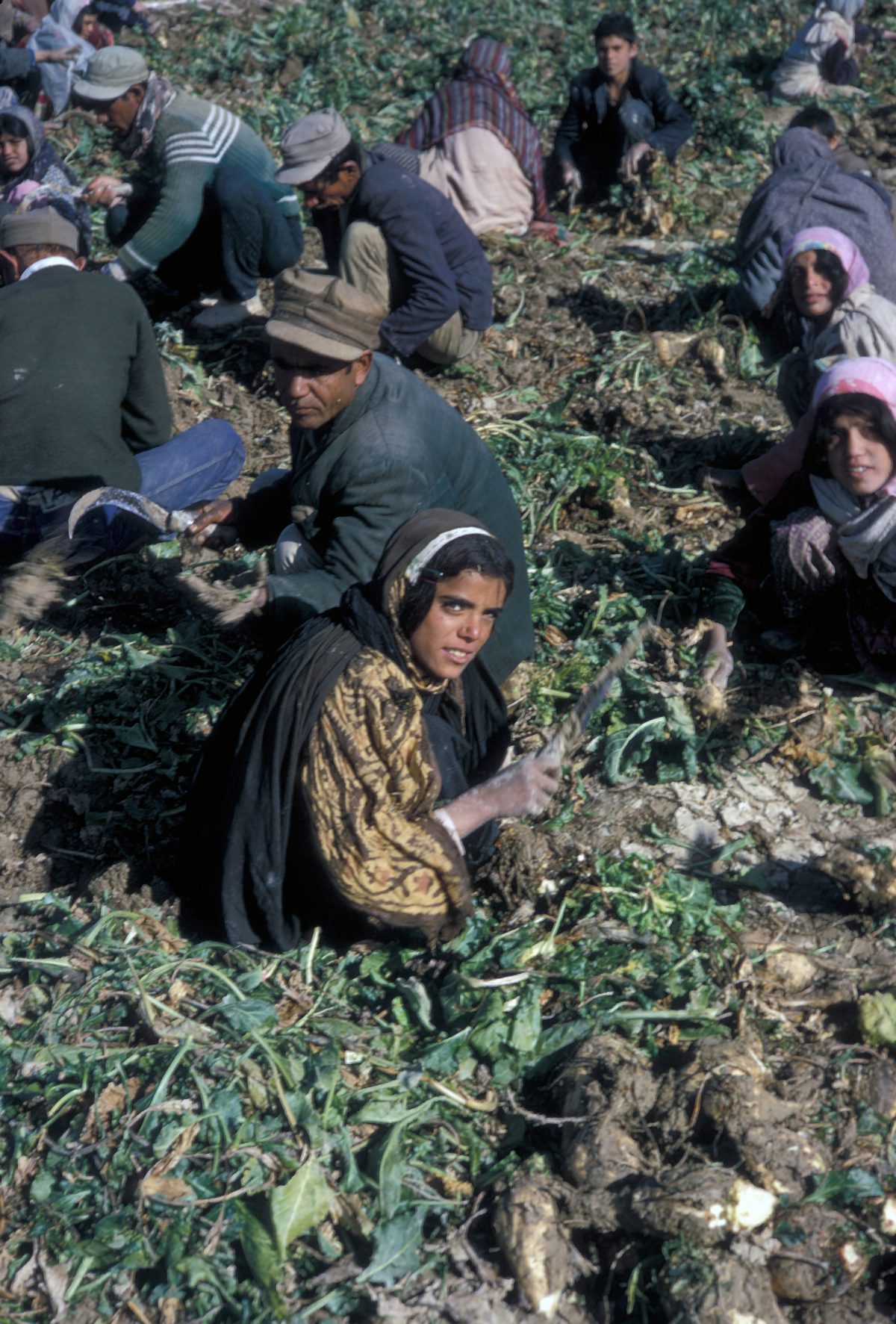 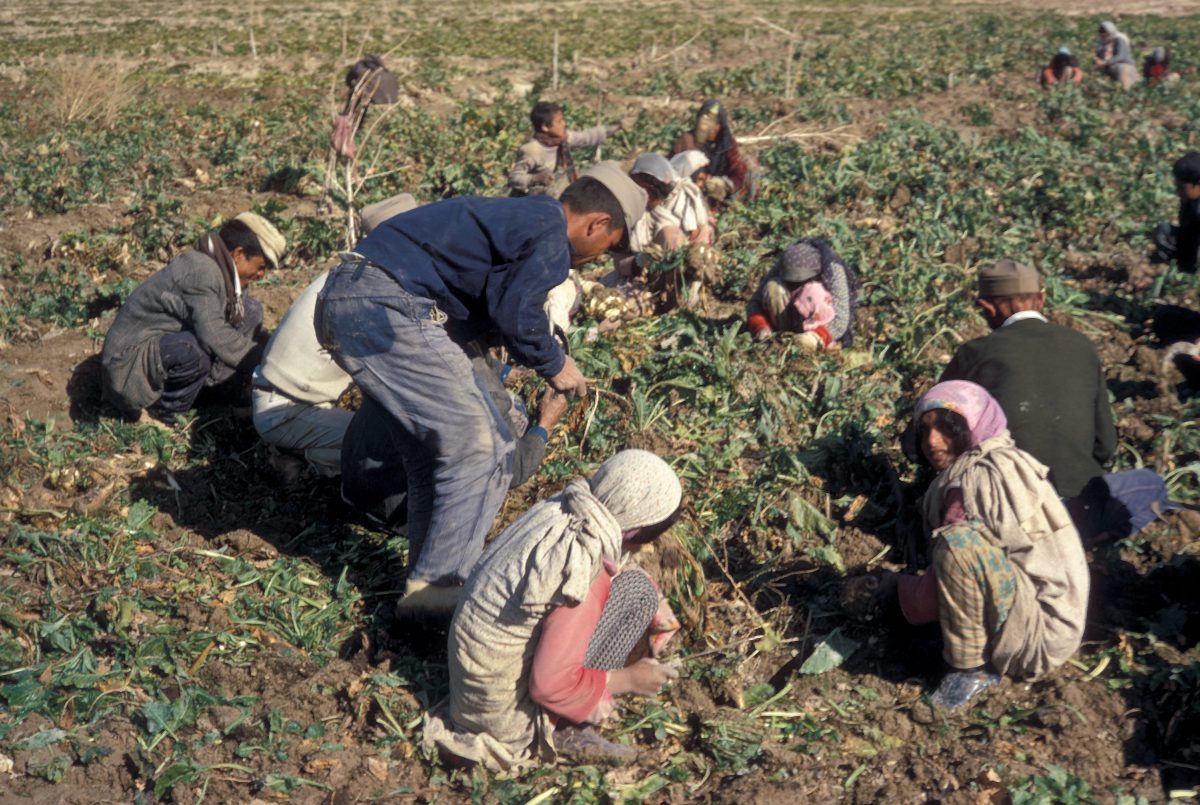 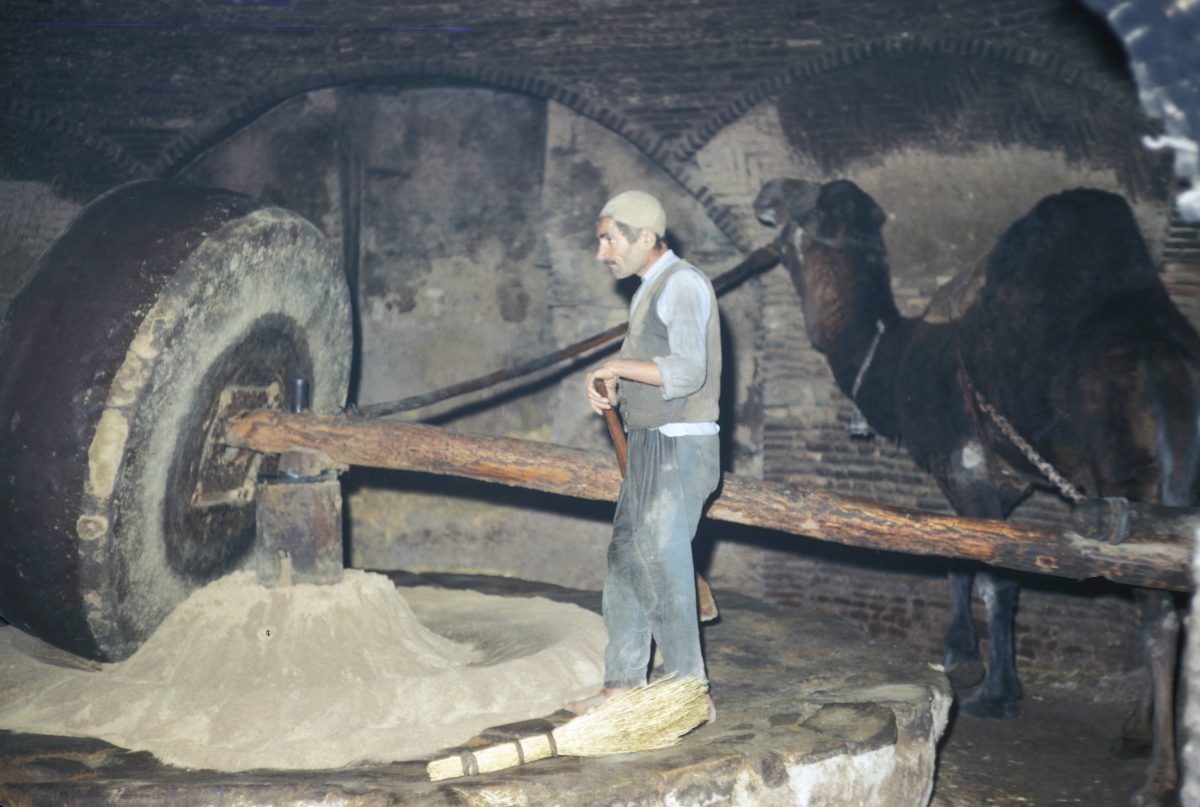 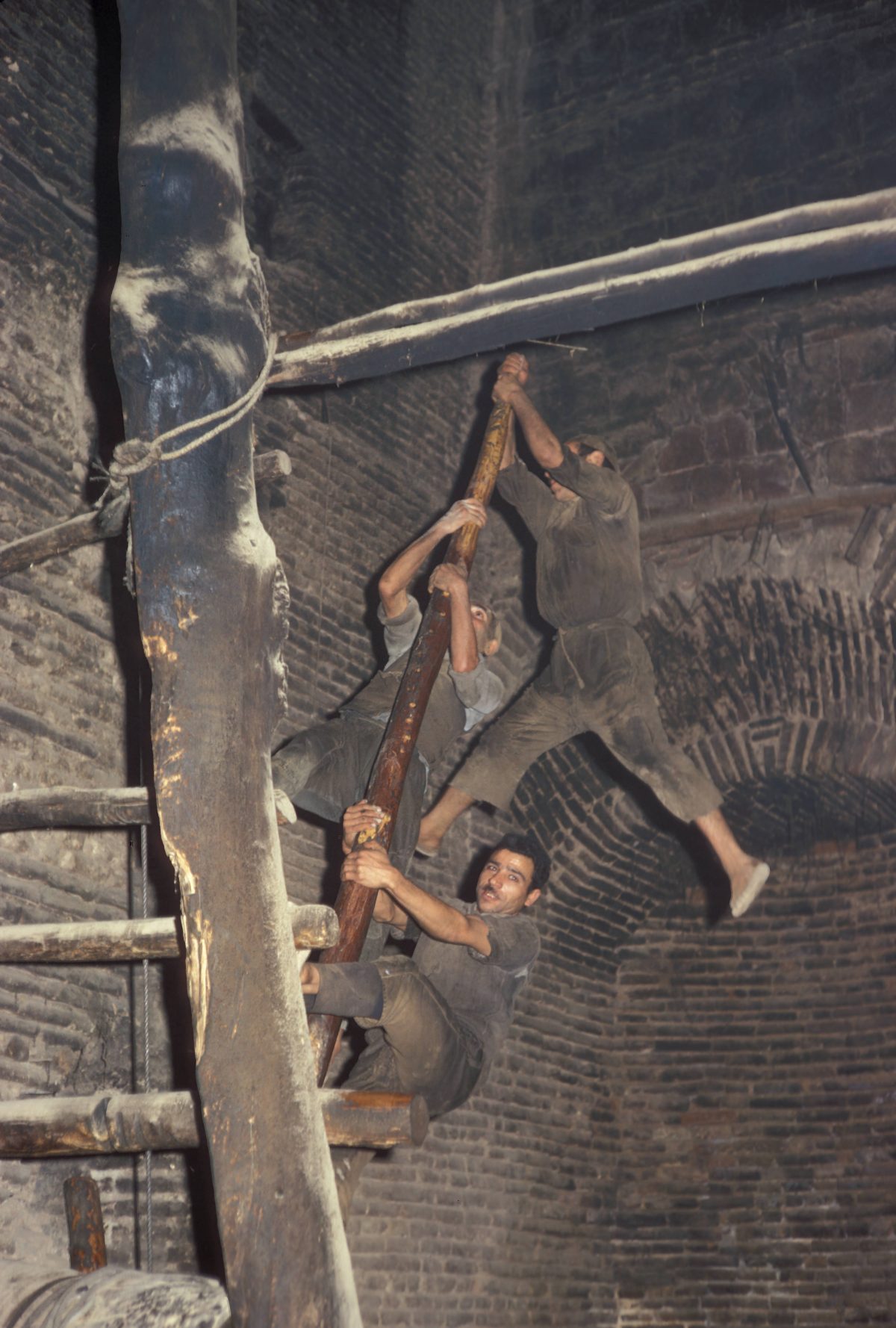 Iran, men hanging from oil press for leverage in Isfahan 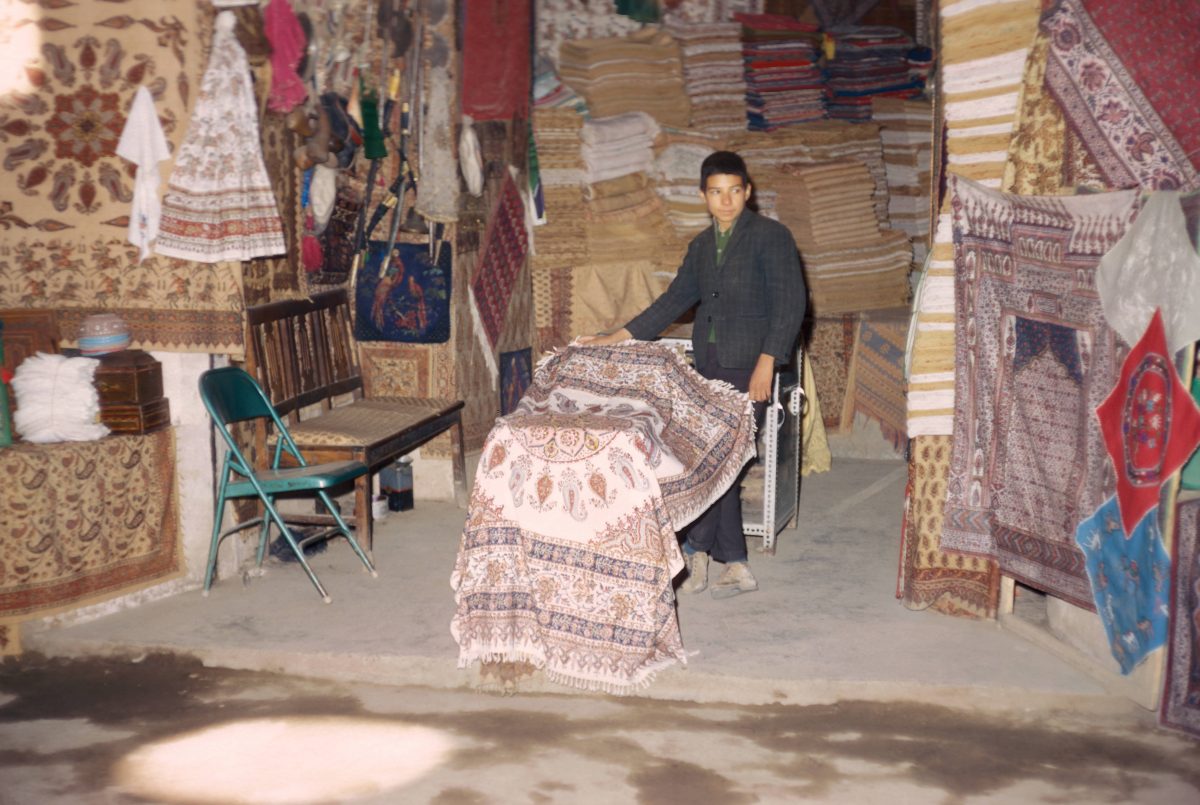 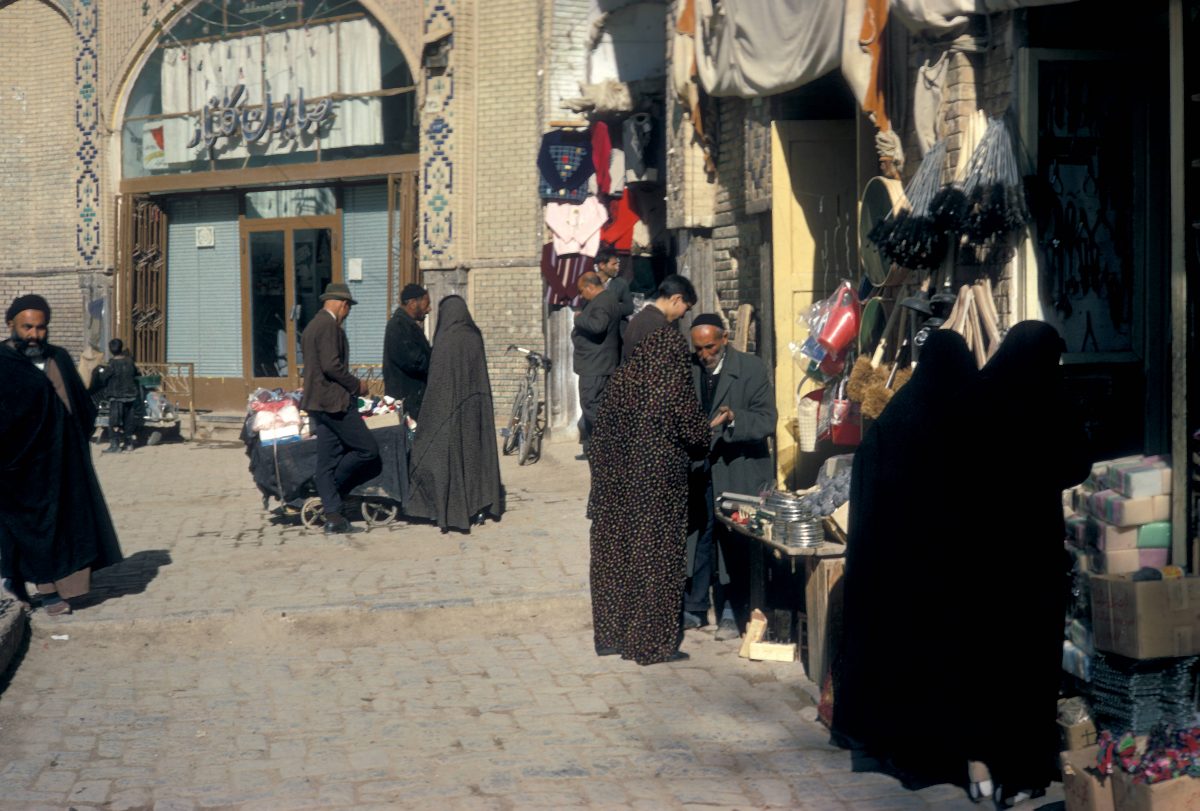 Via: University of Wisconsin 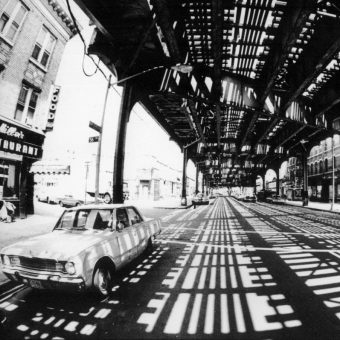 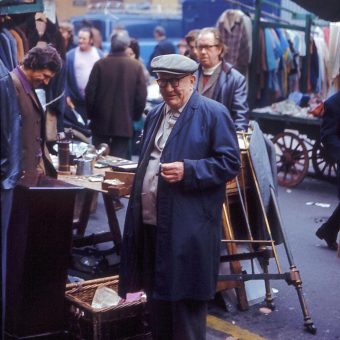 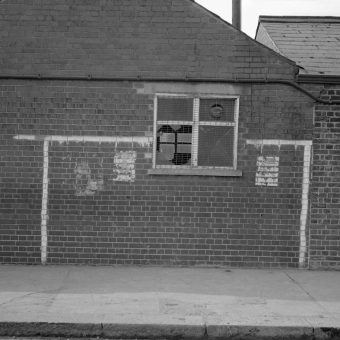 Photographs of Battersea In The 1980s 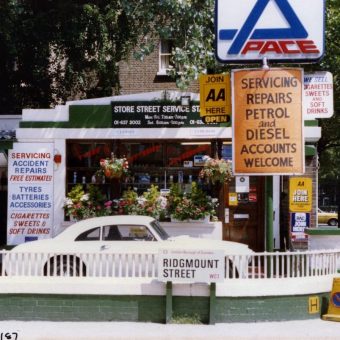