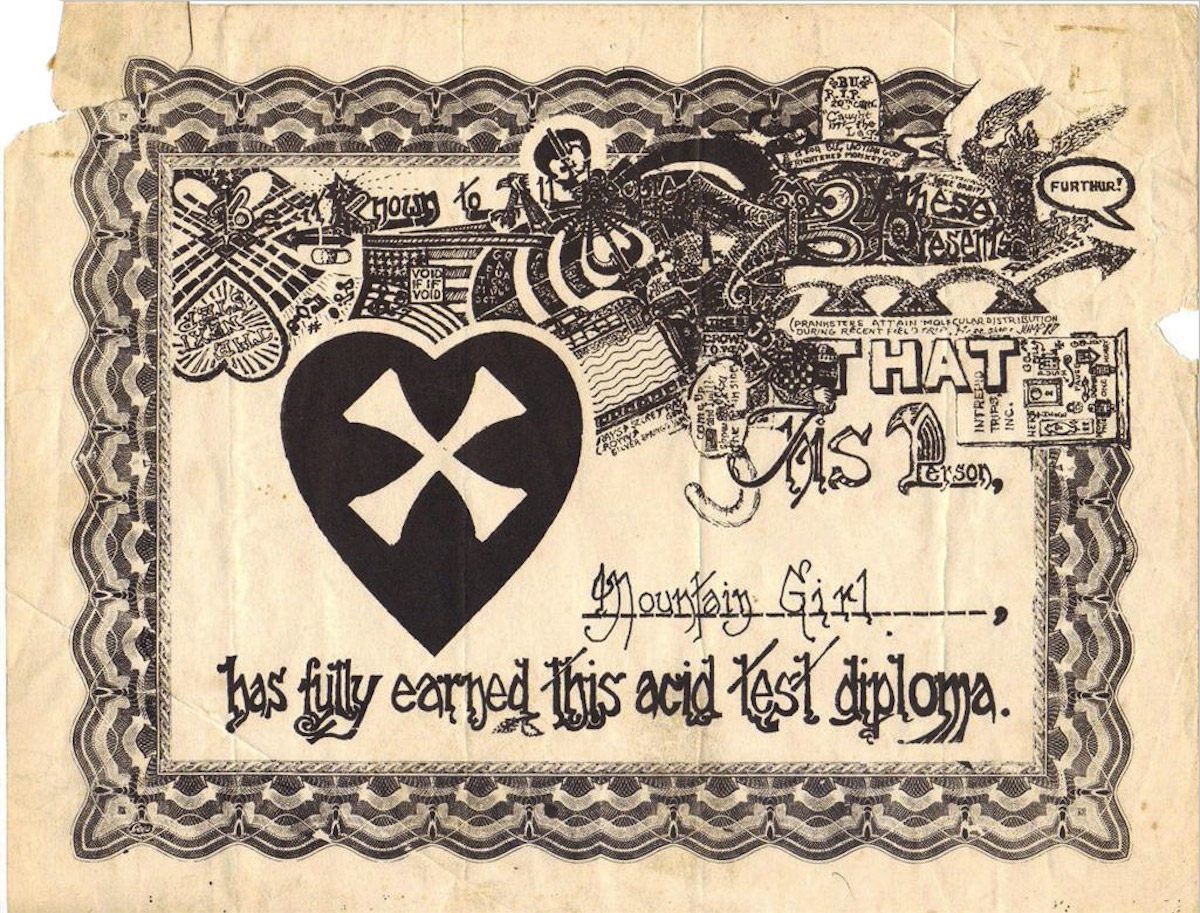 When the bidding closed on September 16, 2012, 7:21pm, a torn and tattered piece of paper from 1966, measuring 8½ by 11 inches, sold for $24,255 at the Heart of Rock and Roll Poster Auction. Obviously, this was no ordinary piece of paper. In fact, it’s one of the most important documents of the psychedelic ’60s—Mountain Girl’s Acid Test graduation diploma.

In case that last sentence leaves you scratching your head, the Acid Tests were a series of parties held in the San Francisco Bay Area, Los Angeles, and Portland, Oregon, between the falls of 1965 and ’66. The brainchild of novelist Ken Kesey (One Flew Over the Cuckoo’s Nest, 1962; Sometimes a Great Notion, 1964) and a group of his friends and acolytes known as the Merry Pranksters, these anarchic events featured music by a new band called the Grateful Dead, experimental light shows, and the liberal consumption of LSD, which Kesey was introduced to in 1959 when he participated in CIA-funded experiments exploring the effects of various psychotropic compounds on human guinea pigs.

When rumors circulated that Kesey planned to put LSD in the water supply of Winterland, Graham pulled the plug.

Some of the earliest flyers produced to advertise these events asked, “Can You Pass the Acid Test?” By October of 1966, on Halloween no less, it was finally time to answer that question and hand out the diplomas. By all rights, Mountain Girl, née Carolyn Adams, should have been there. After all, she was Kesey’s mistress/girlfriend, had been in on the tests from the beginning, had fled to Mexico with Kesey to help him evade drug charges (for marijuana; LSD was still legal at the time), and had given birth to Kesey’s daughter, Sunshine.

In short, there were probably a lot of reasons in 1966 why Mountain Girl, now a new mom, would want to leave Kesey, but the fact that she did so for an even more influential figure from the 1960s, the Dead’s lead guitarist and singer, Jerry Garcia, makes her something of a legend, too. According to an article on Mountain Girl published in the San Francisco Examiner in 1997, Mountain Girl and Garcia had only connected that October, at an Acid Test held at San Francisco State University. By the time Kesey’s final graduation-themed Test rolled around later that month, neither she nor the band which had been so much a part of the Tests would be present for the ceremony. 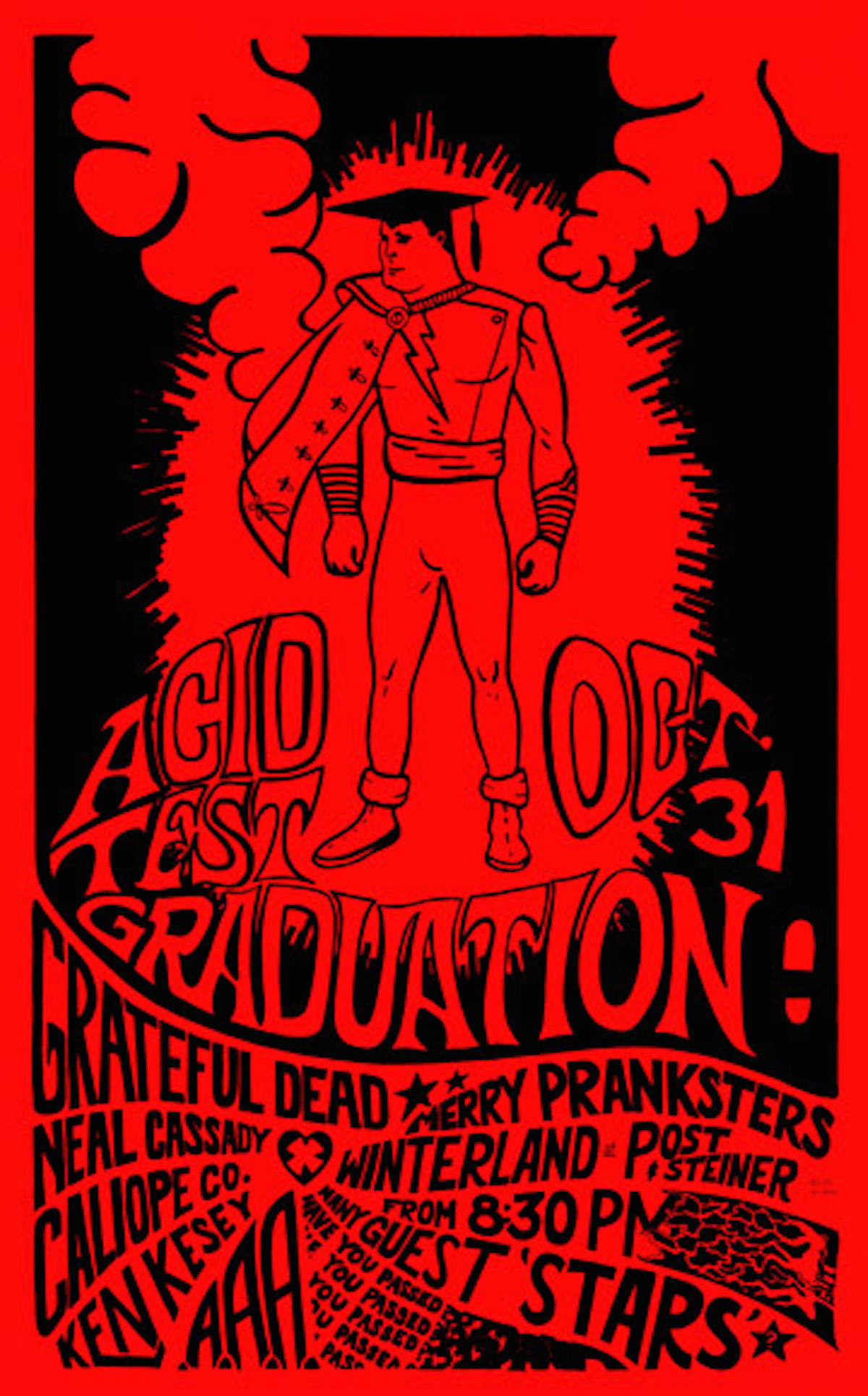 The circumstances leading up to the graduation have been well documented, by Tom Wolfe in his 1968 novel The Electric Kool-Aid Acid Test and by the first salaried employee of Rolling Stone magazine, Charles Perry, whose 1984 The Haight-Ashbury: A History stands as a definitive chronicle of the late-1960s San Francisco scene. Kesey had been working with rock-promoter Bill Graham to host his graduation ceremony at the Winterland Arena. The Grateful Dead would be the headliners, with support from a group of former Stanford University students called the Anonymous Artists of America.

But Graham was worried about Kesey’s increasingly erratic behavior. When rumors circulated that Kesey planned to put LSD in the water supply of Winterland, or maybe coat every surface of the arena with the drug so that people attending the California Democratic Convention, scheduled for the following day, would all get dosed, Graham pulled the plug on the event. By then, though, the Grateful Dead had committed to playing a show called the Dance of Death Costume Ball at California Hall, with folk singer Mimi Farina and Quicksilver Messenger Service as the opening acts.

Kesey hastily relocated the graduation ceremony to a dance company’s warehouse on Harriet Street in San Francisco. Attended mostly by Merry Pranksters and a few members of the press, including, inexplicably, representatives from Vogue and Women’s Wear Daily, Kesey gave a rambling commencement address to his assembled family and friends. He urged them to “move on” beyond the cycle of getting stoned and going to rock ’n’ roll dances all the time. “The class motto should be Cleanliness Is Next,” he said. “It’s time we did something with our experience.” Then, Neal Cassady, the main character in Jack Kerouac’s On the Road, and the key link between the Beats and the Hippies, handed out the diplomas, which had been hand-lettered by an artist named Paul Foster. 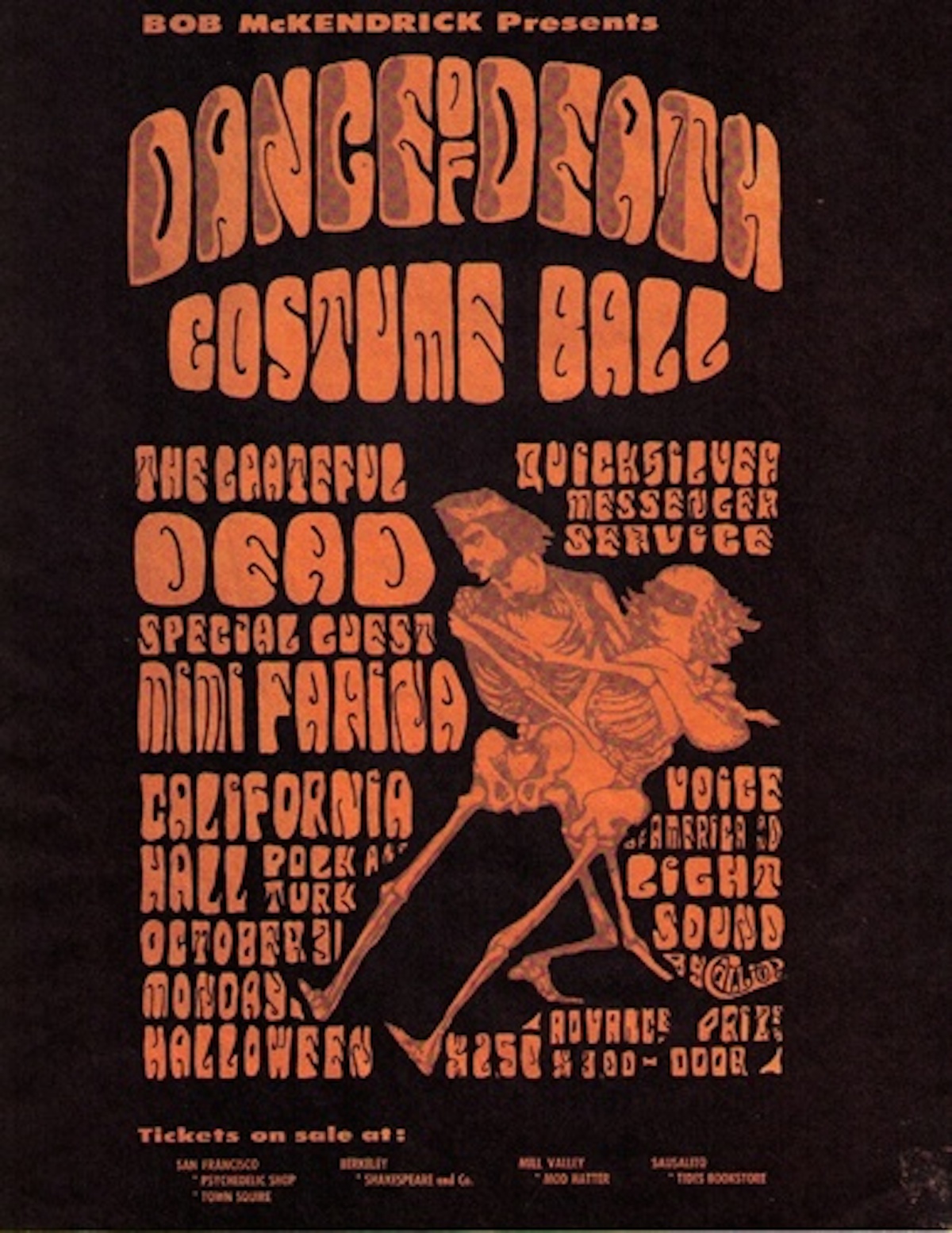 The Dance of Death Costume Ball was held on the same night as the acid test graduation ceremony in 1966. 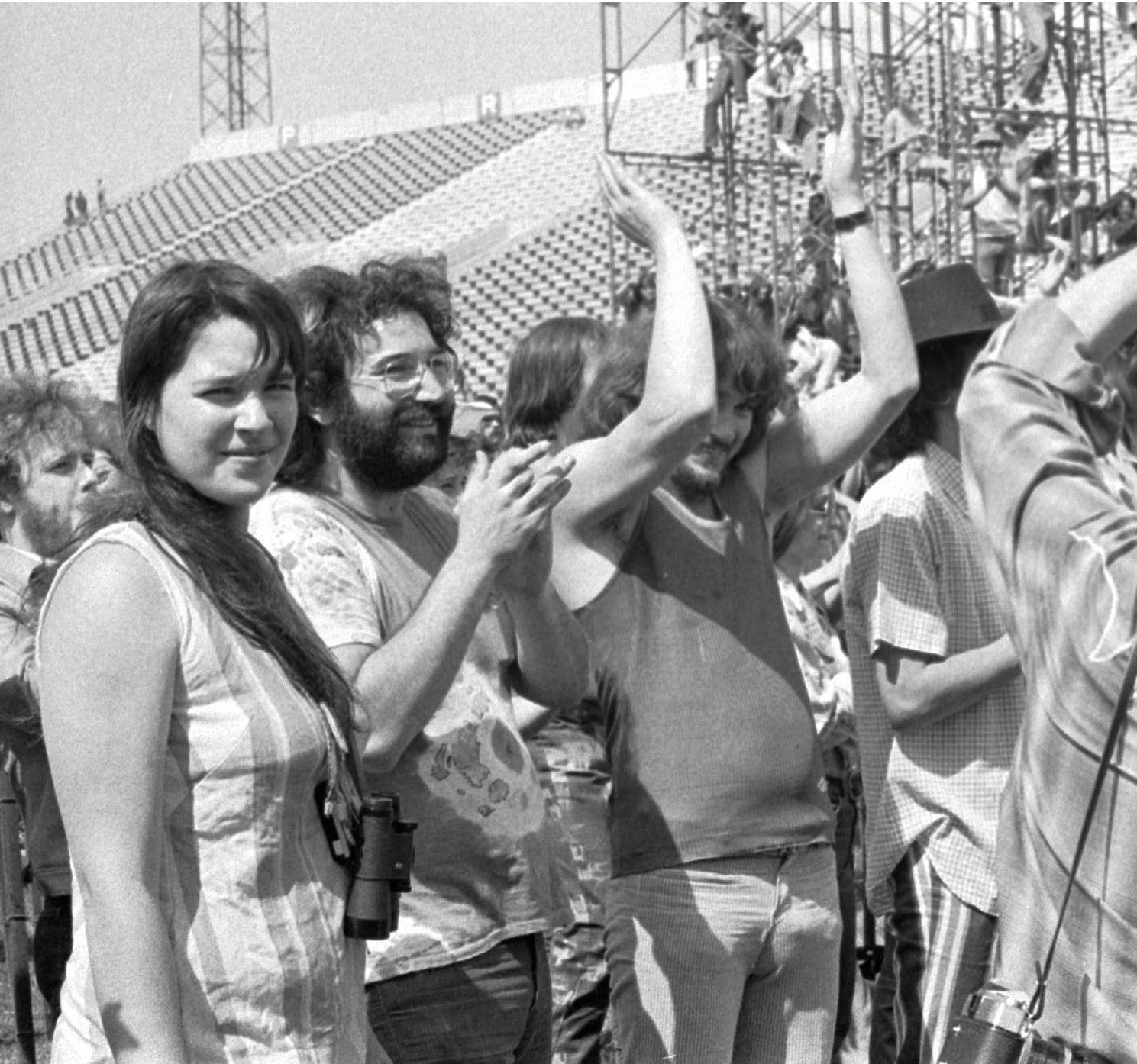 So how did Mountain Girl get her diploma? According to Grant McKinnon, manager of S.F. Rock Posters in San Francisco, which listed the diploma in the 2012 auction, Mountain Girl and members of the Grateful Dead and their entourage were given their diplomas a few days later. Even though they had bailed on the graduation ceremony, they were still considered graduates—no hard feelings. As for Mountain Girl, she took Kesey’s advice about moving on by moving in with Jerry Garcia at 710 Ashbury Street. The couple had two children together and eventually married, but that’s another story…