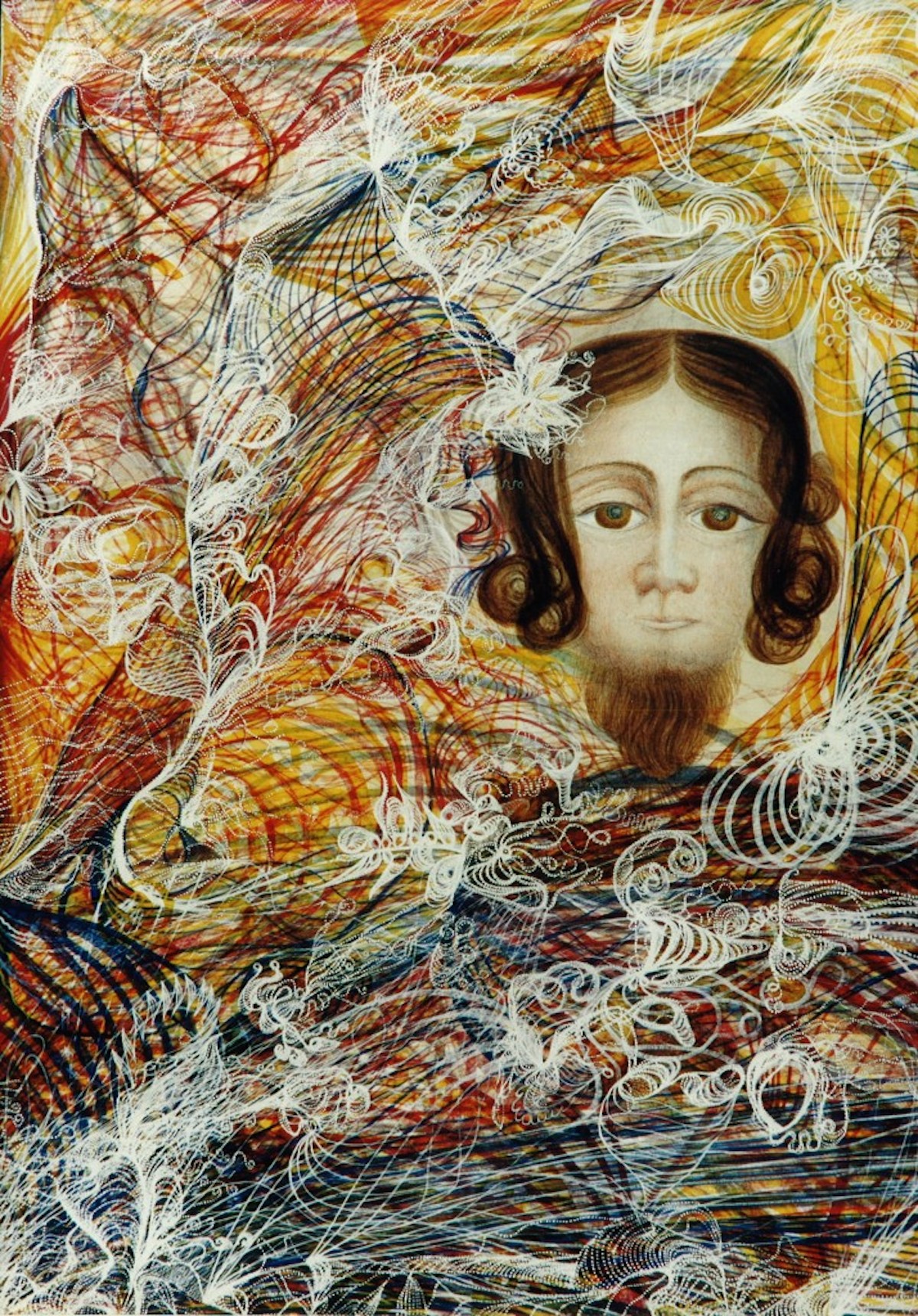 Georgiana Houghton, “The Portrait of the Lord Jesus Christ” (December 8, 1862)”

In 1871, Houghton displayed 155 of her artworks in a gallery she’d rented for the purpose on London’s Bond Street. The Era newspaper hailed it as “the most astonishing exhibition in London at the present moment”. The Daily News called the pantings “the most extraordinary and instructive example of artistic aberration”. The Coultaud Gallery adds: “The exhibition proved to be a commercial failure and nearly bankrupted Houghton. Although she continued to make spirit drawings after the exhibition, her ambition of popularising the practice was not realised. Today, less than fifty of her works are known.” 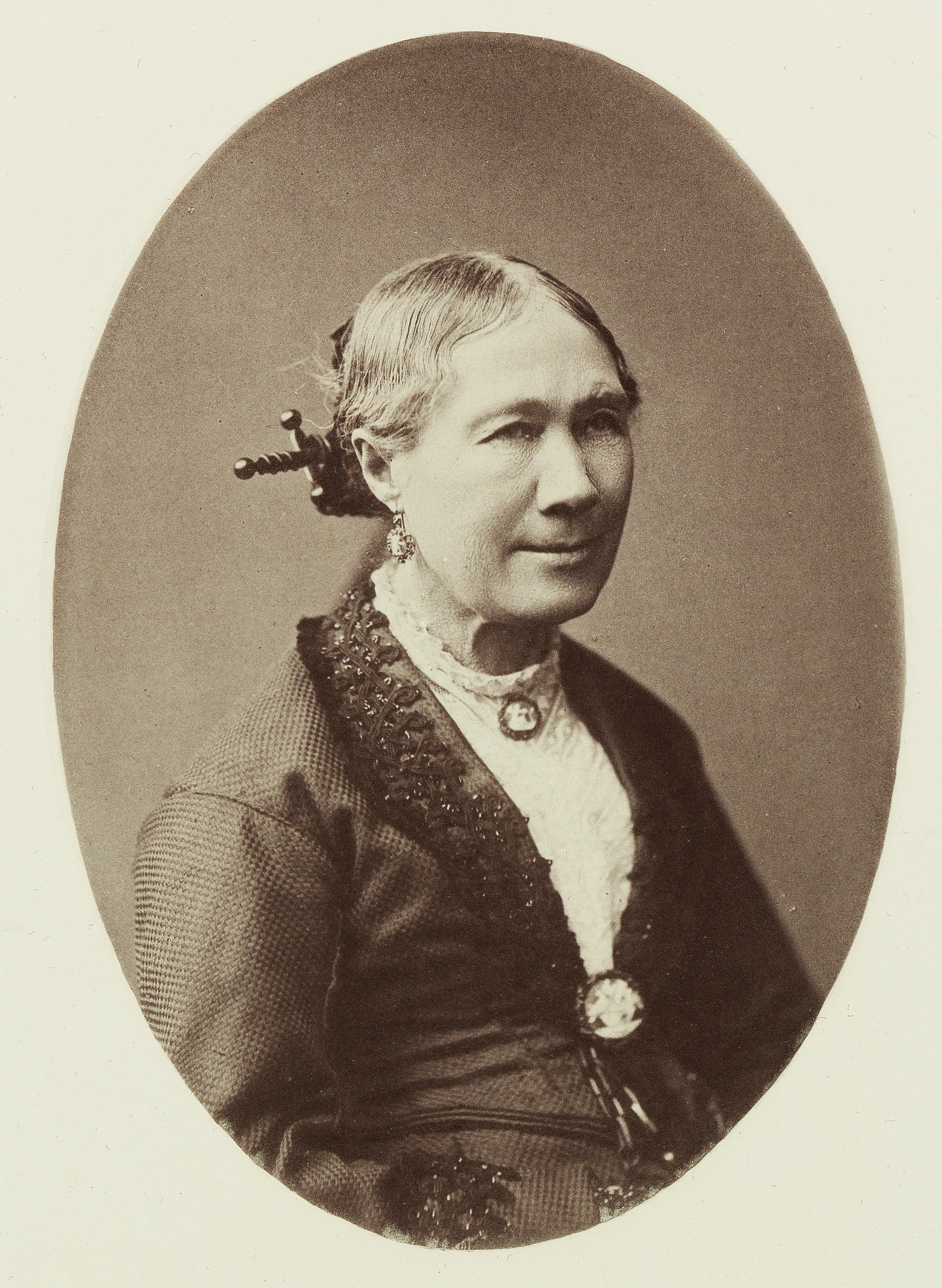 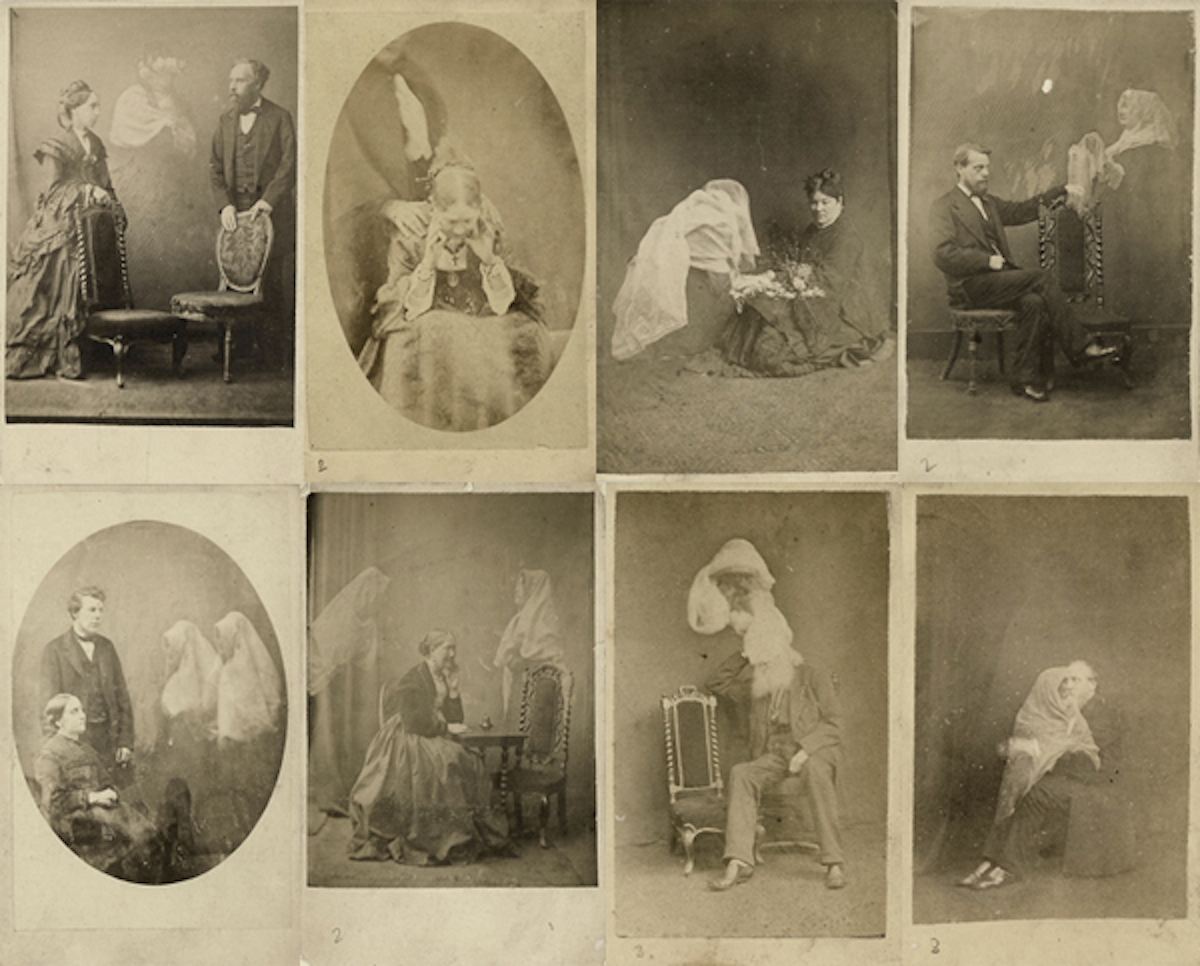 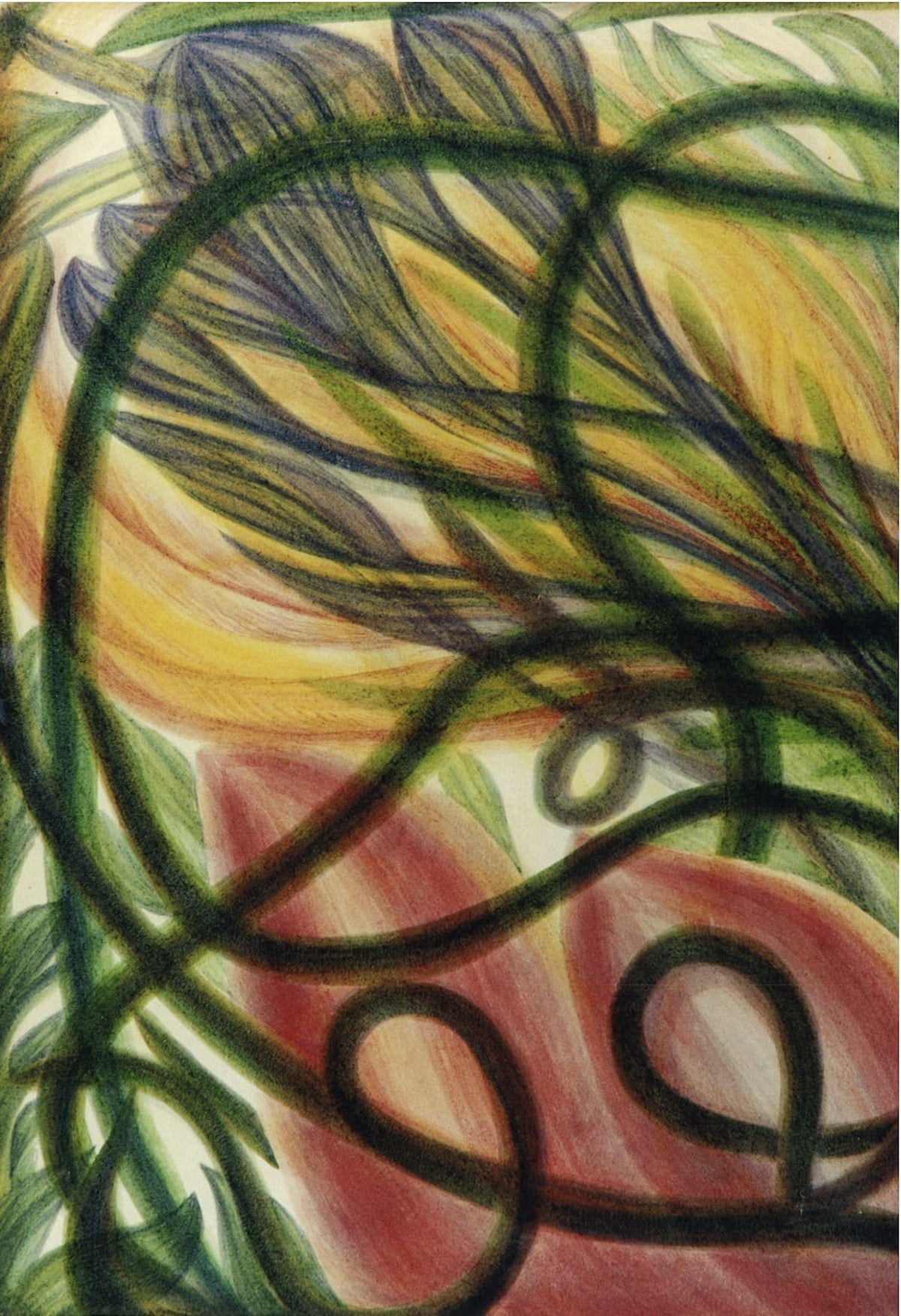 Georgiana Houghton, The Flower and Fruit of Henry Lenny, 1861 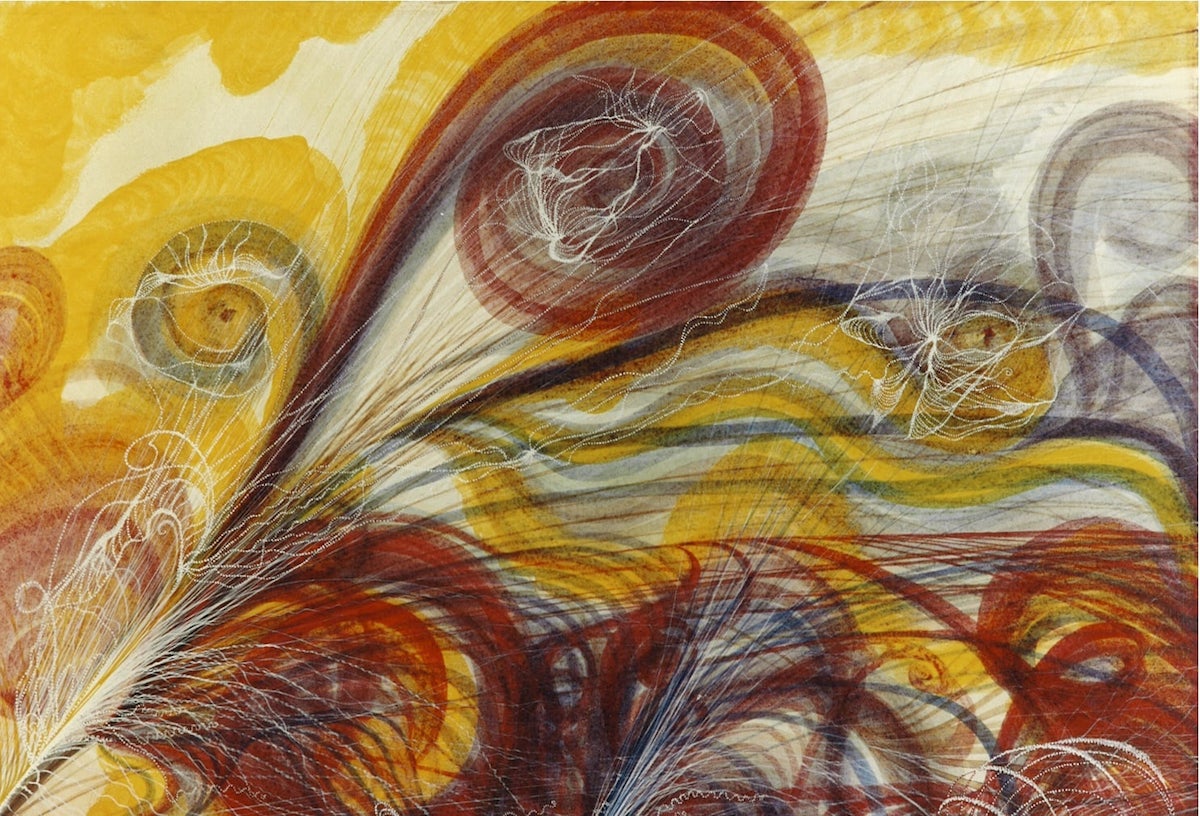 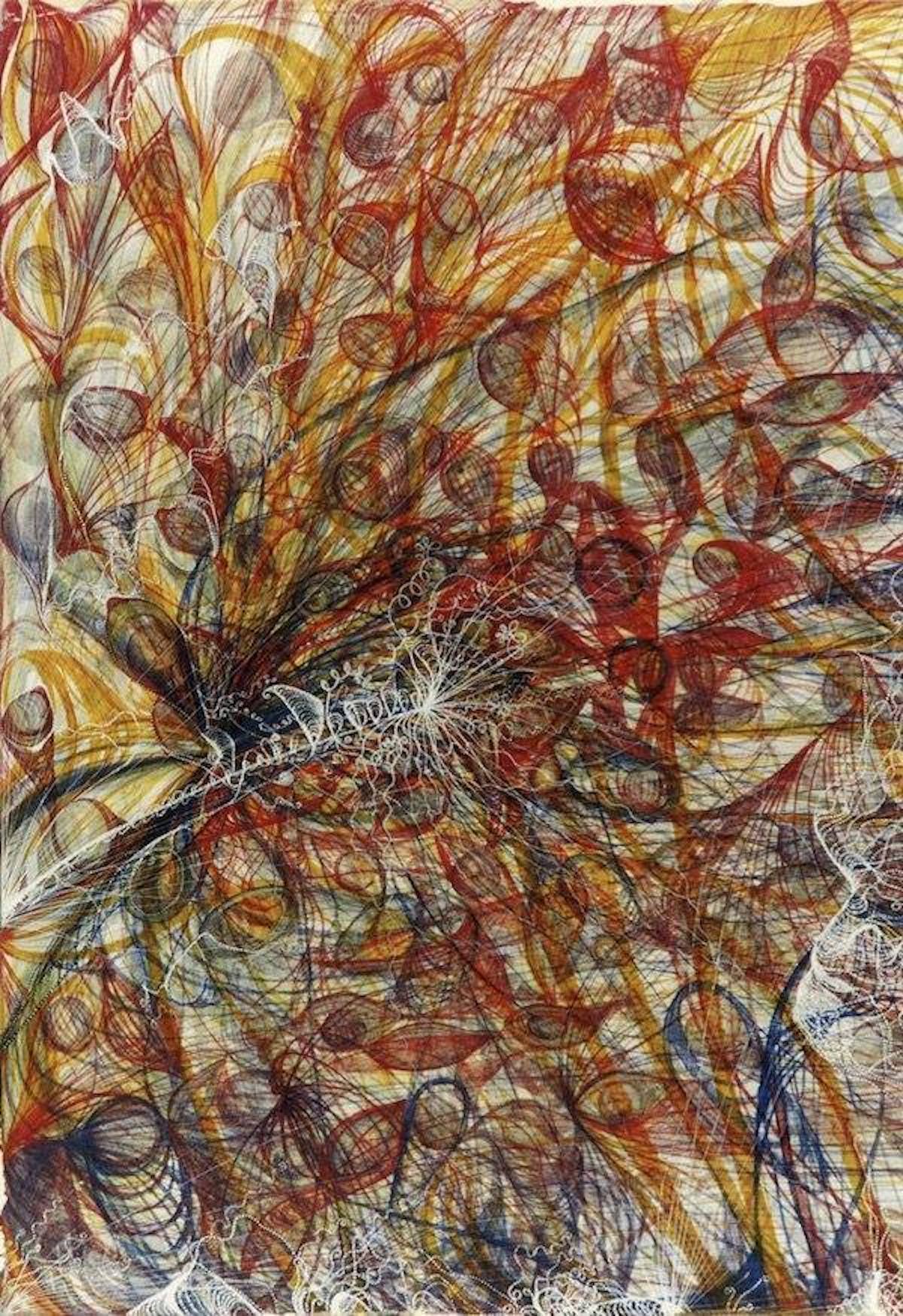 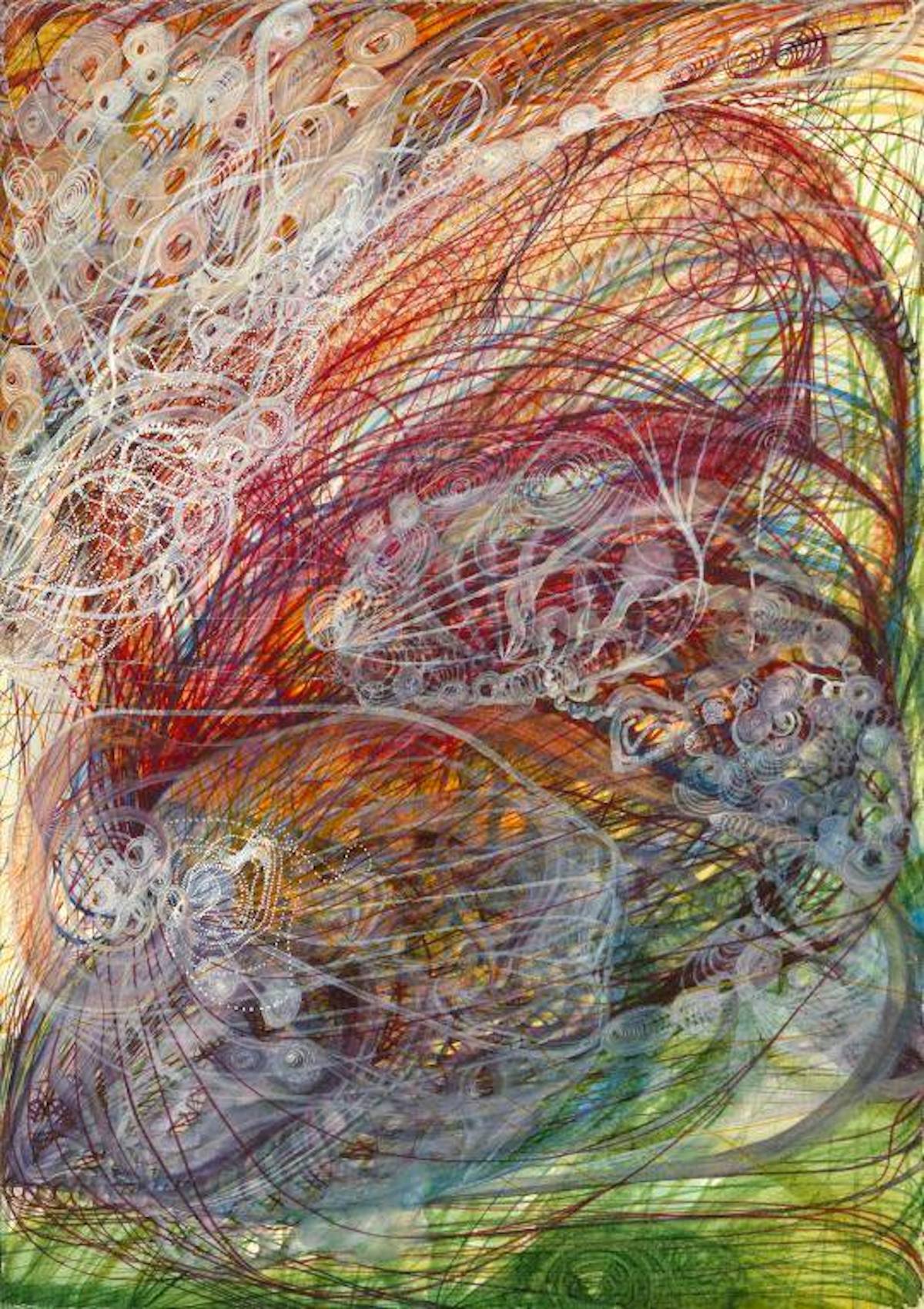 Georgiana Houghton ‘Some holy fire’ The Eye of God (25 Sept 1862) the inscription on the reverse names Correggio as Houghton’s spirit guide. 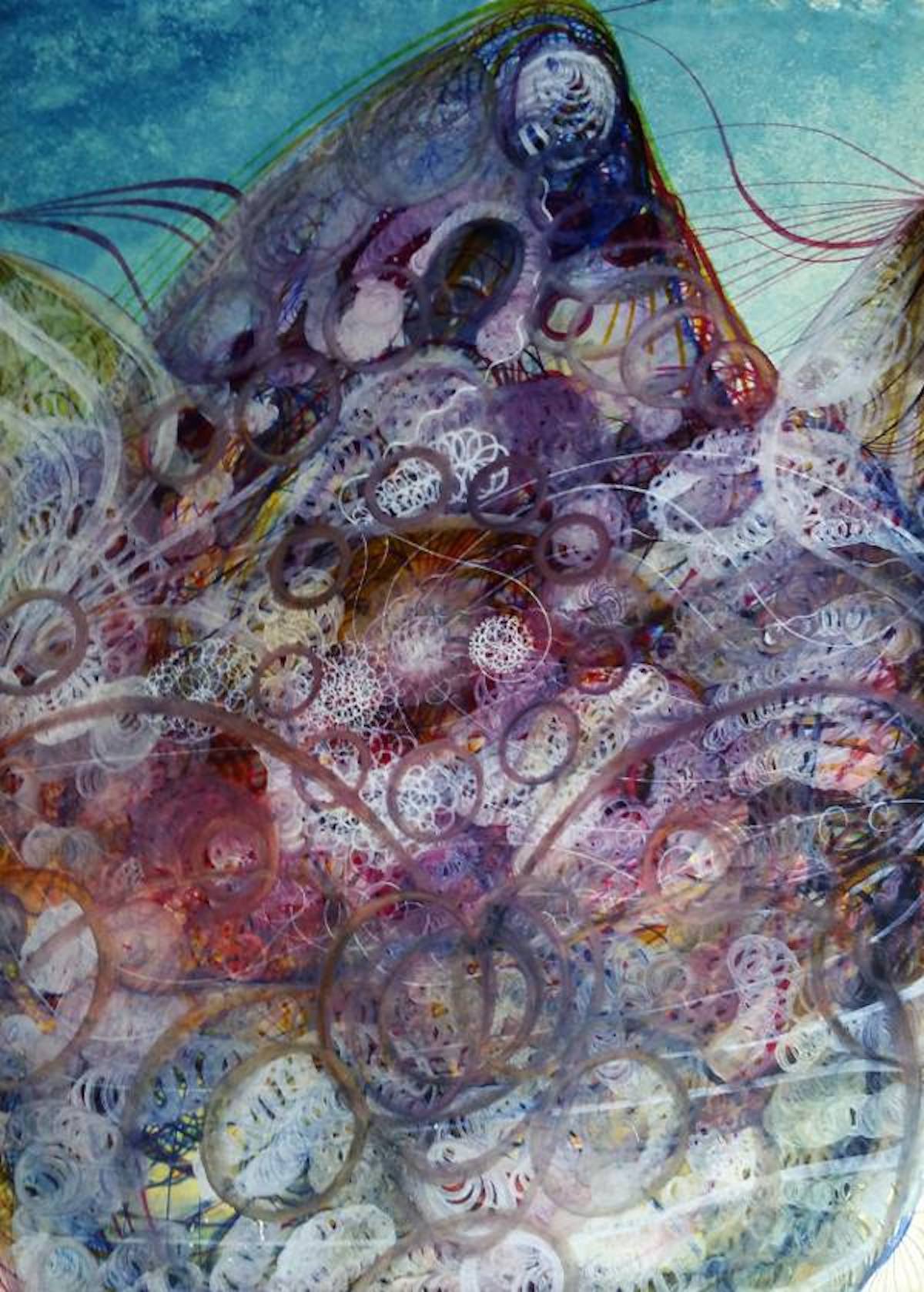 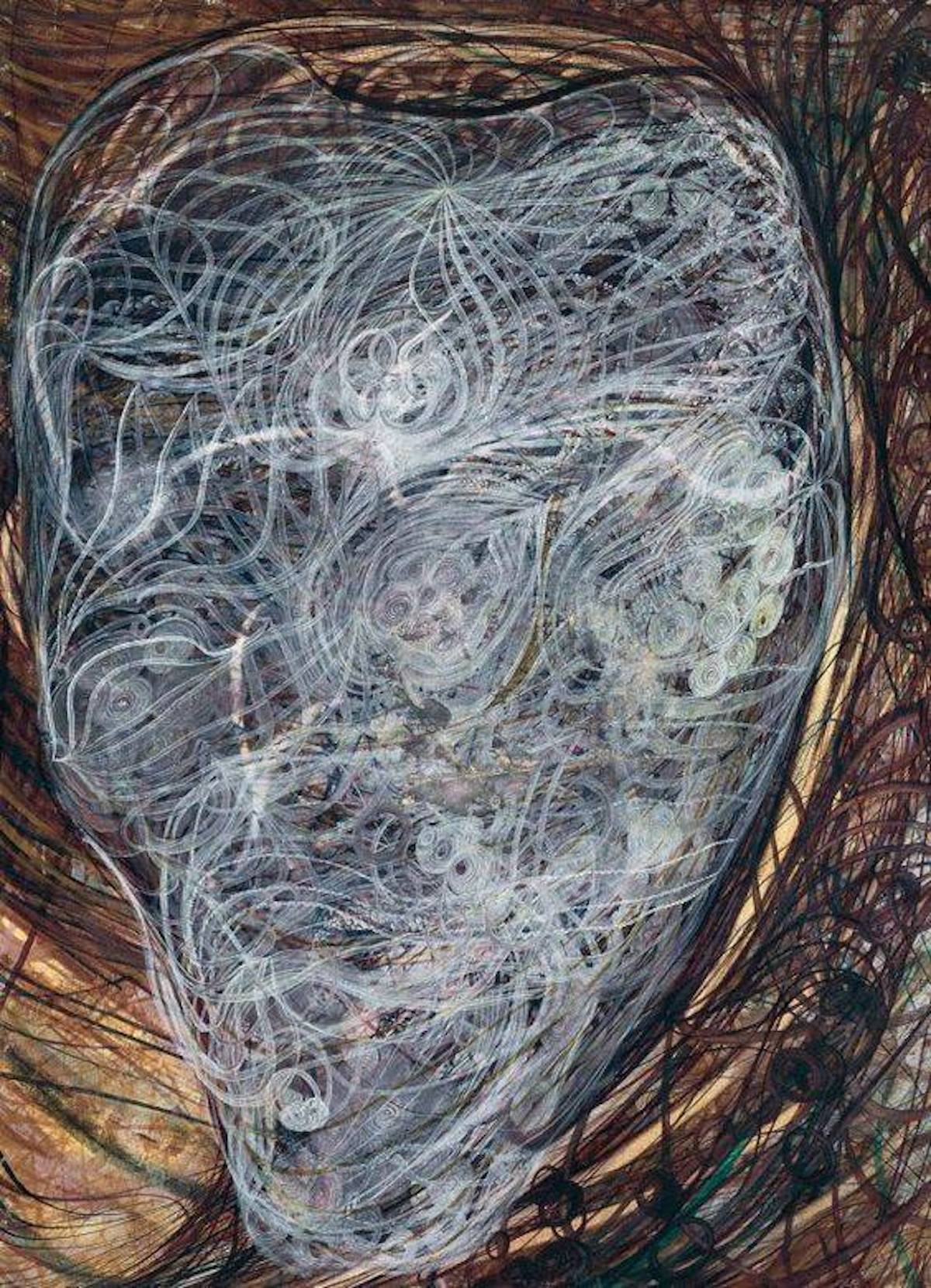 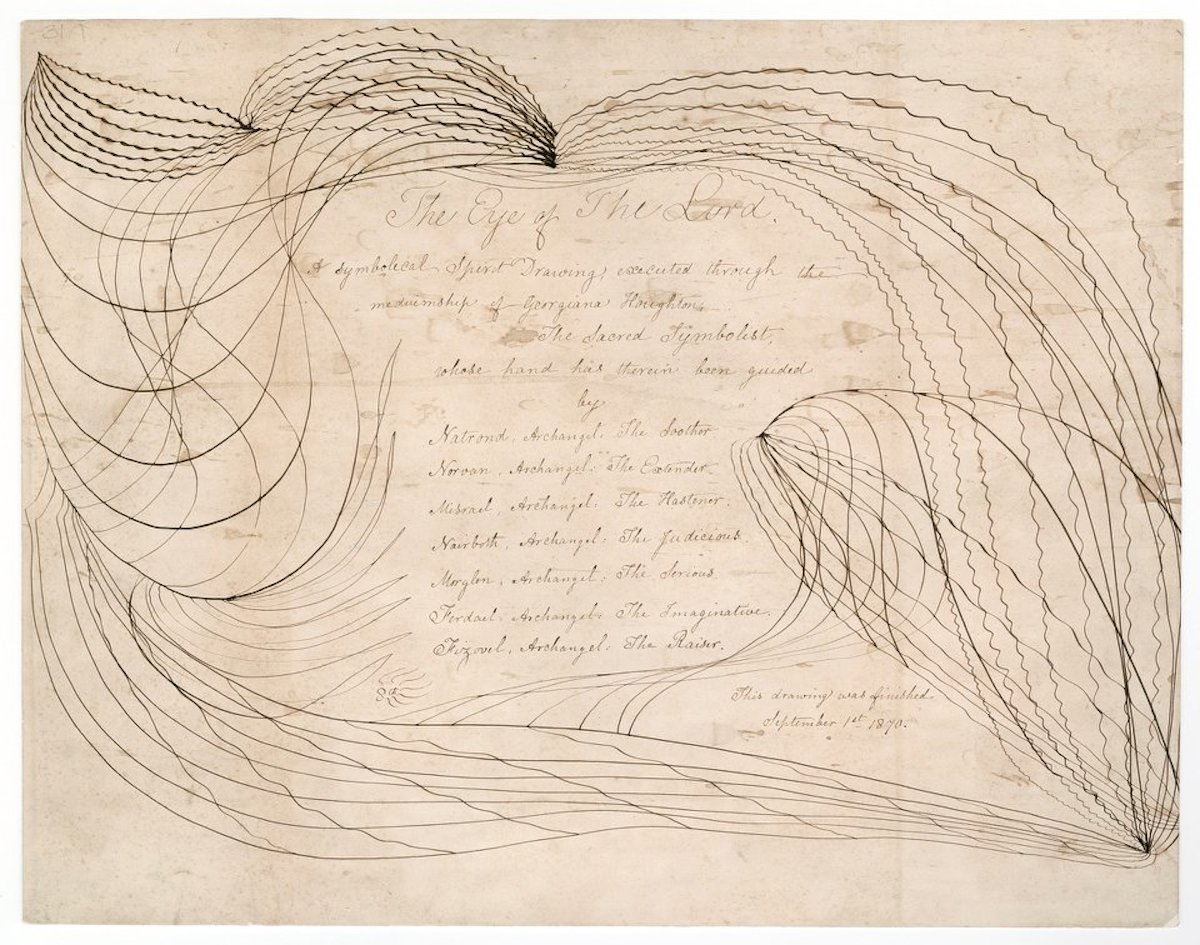 Reverse of The Eye of the Lord (1 Sept 1870) by Georgiana Houghton. 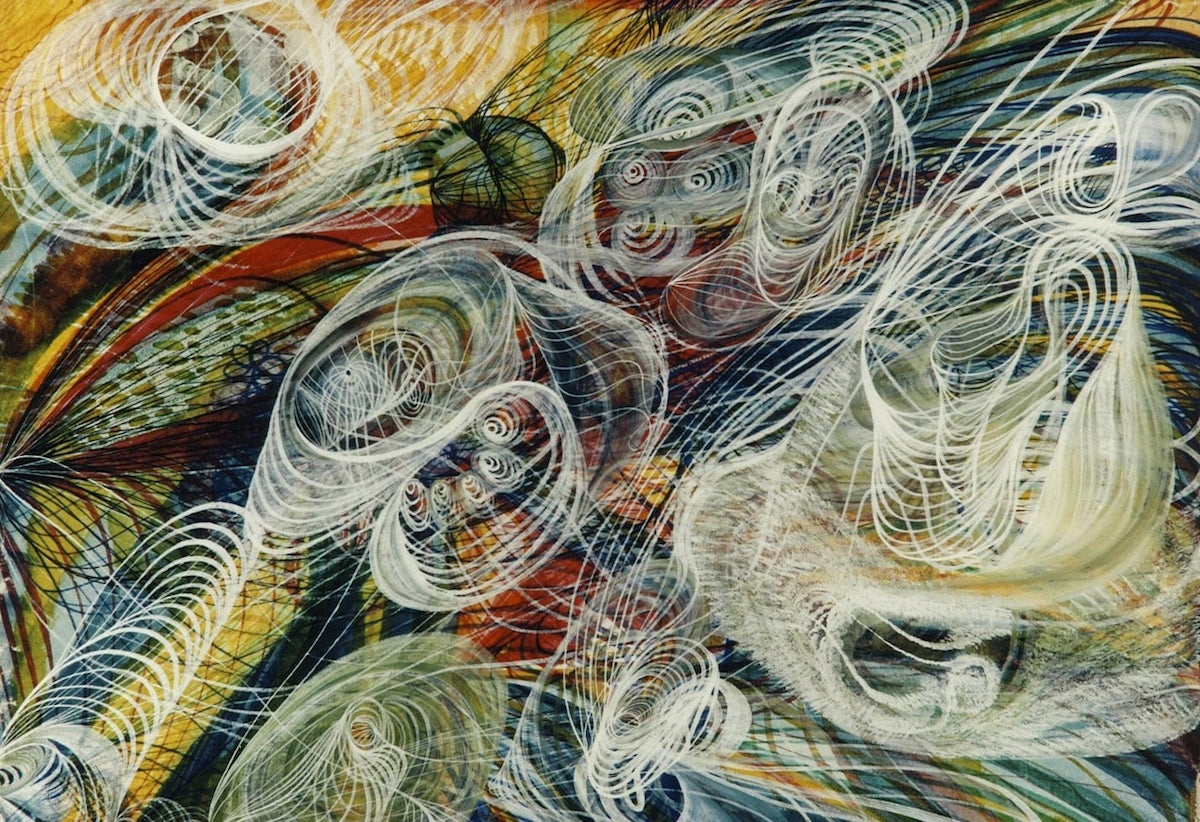 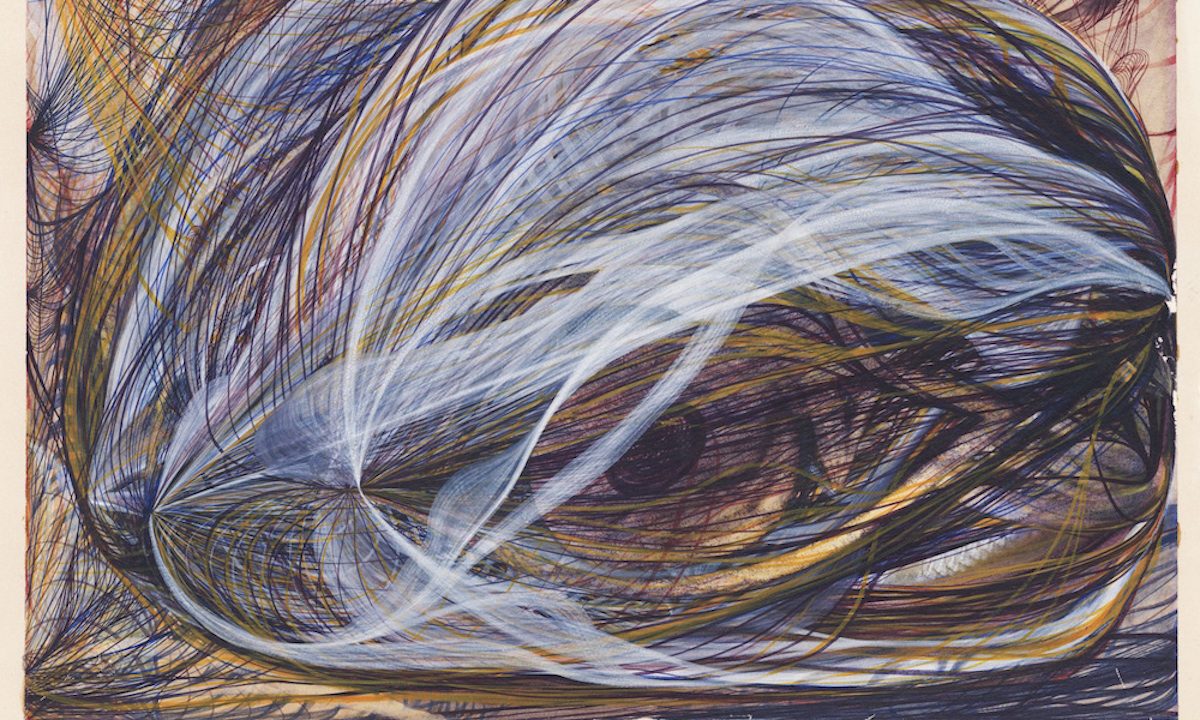 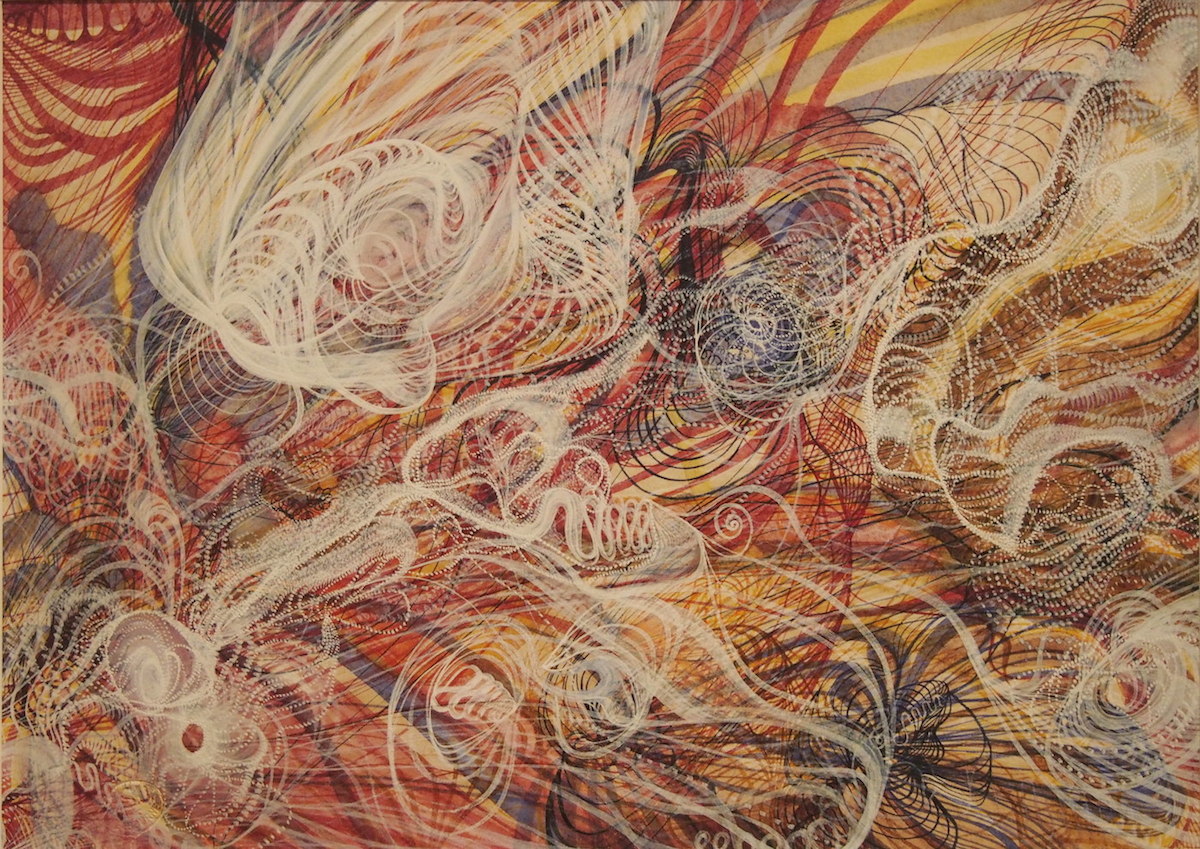 Georgiana Houghton, “The Risen Lord” (June 29, 1864), watercolor and gouache on paper laid on board with pen and ink inscription on the reverse 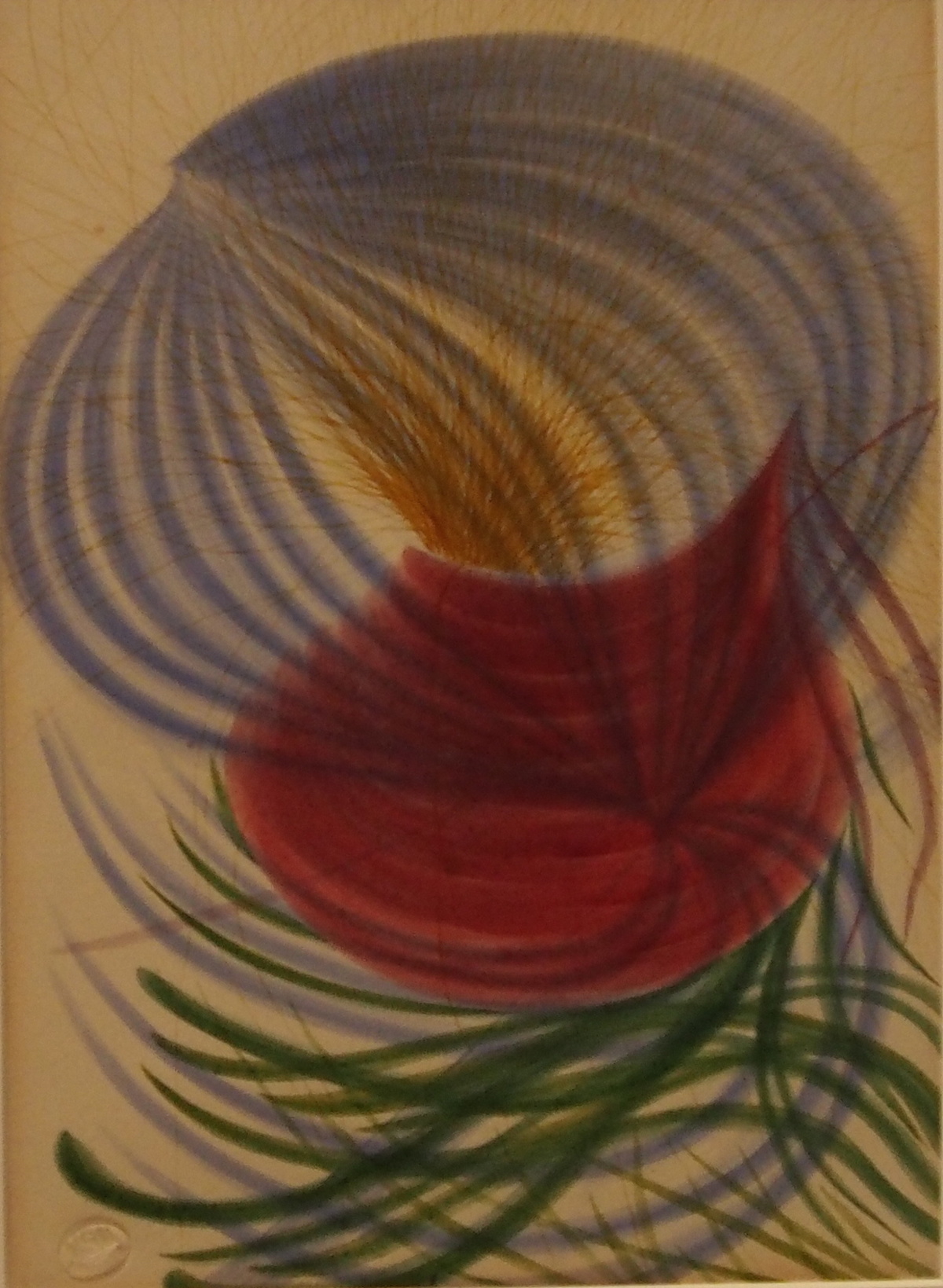 Georgiana Houghton, “Flower of Warrand Houghton” (September 18, 1861), watercolur and gouache on paper laid on board with pen and ink inscription on the reverse (click to enlarge) 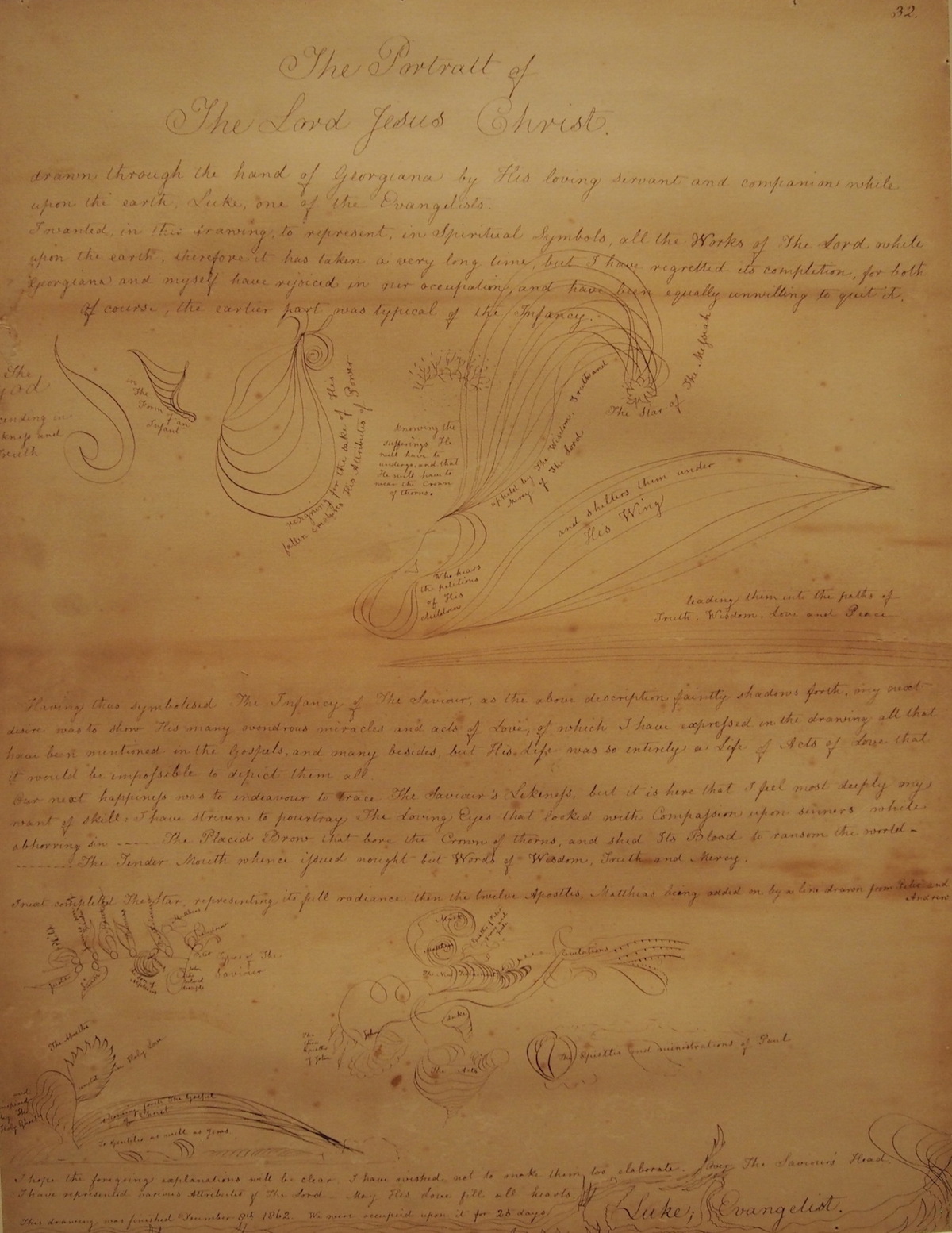 Georgiana Houghton, “The Portrait of the Lord Jesus Christ (reverse)” (December 8, 1862), pen and ink on board (click to enlarge) 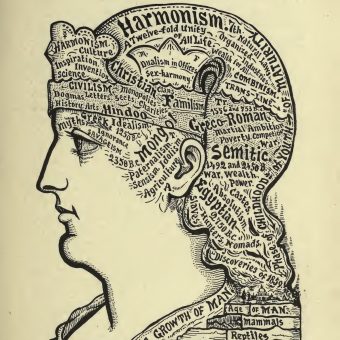