At the start of the seventies, the world seemed anything but funny. Comedy reflected that world dominated by war and civil unrest, with edgy comedians like George Carlin taking the stage.   We still loved guys like Bob Newart and those Vegas punchline pros, but there was a definite shift in the type of comedy hitting the scene in the seventies.  This 1971 advertisement for Cheech & Chong’s debut LP illustrates it perfectly…

“Here we are in the seventies.  Vietnam, racial unrest, disagreeable dope laws.  The release of the Pentagon Black Diaries, etc.  So in light of the current Funny World Situation we live in and with our distinct longing for laughter in the face of disaster, may we offer you the “Hard Rock Comedy” of one Chicano (Cheech) and one Chinese (Chong) in hopes that laughing with tears in the eyes does not become the national pastime…” 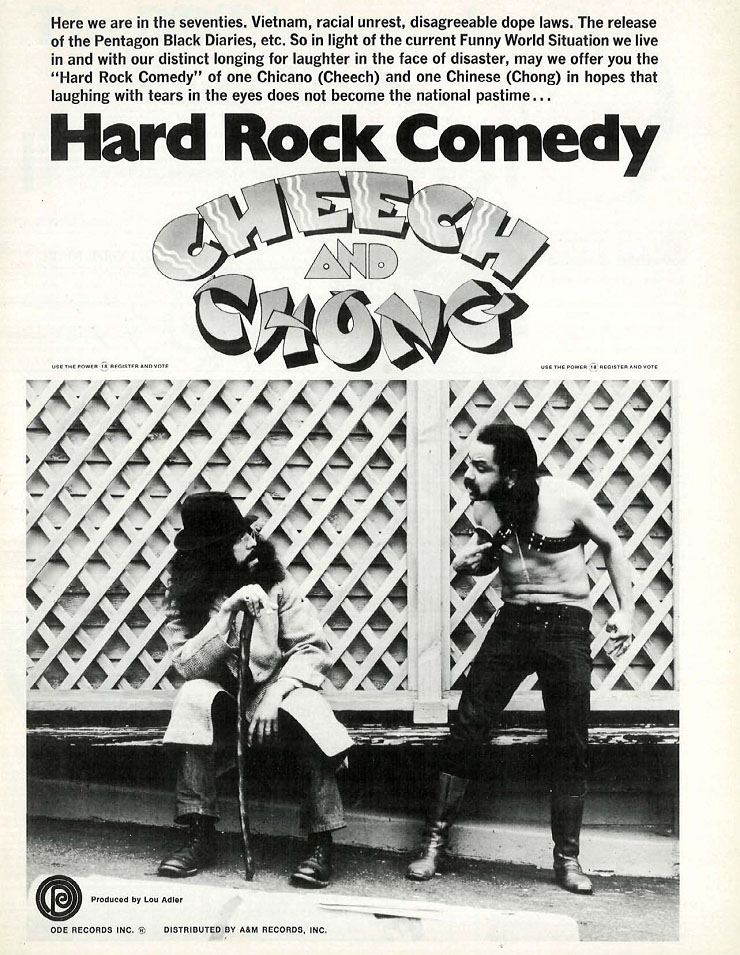 So, let’s have a look at other comedy albums released in this decade that desperately needed something to laugh about.  We’ll look at advertisements from 1972 through 1975.  Enjoy. 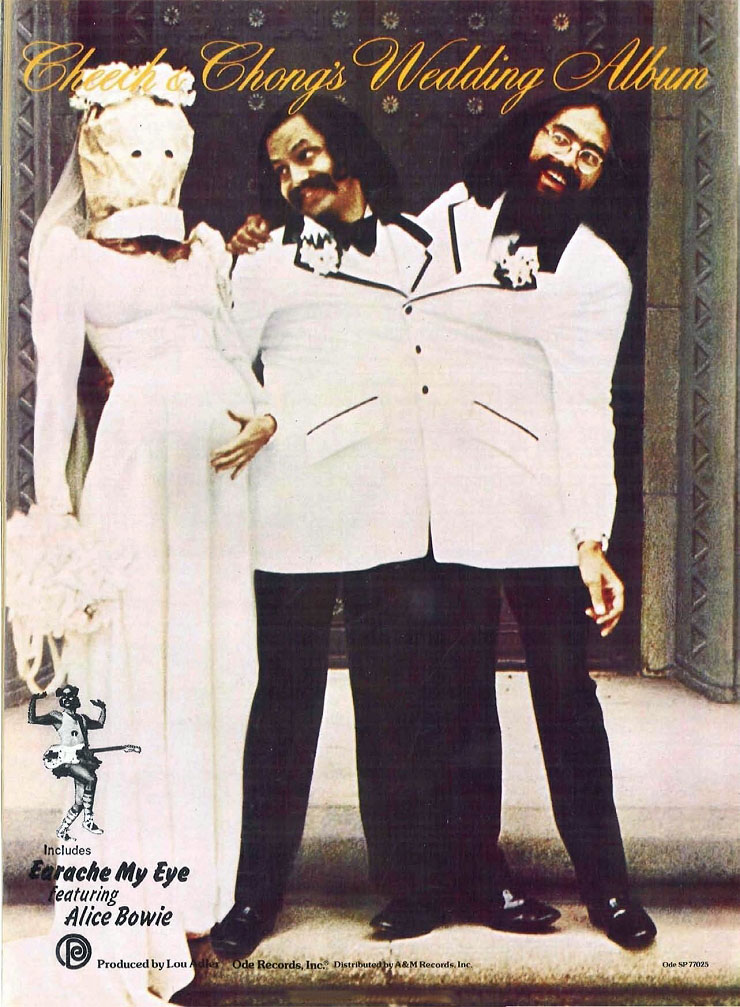 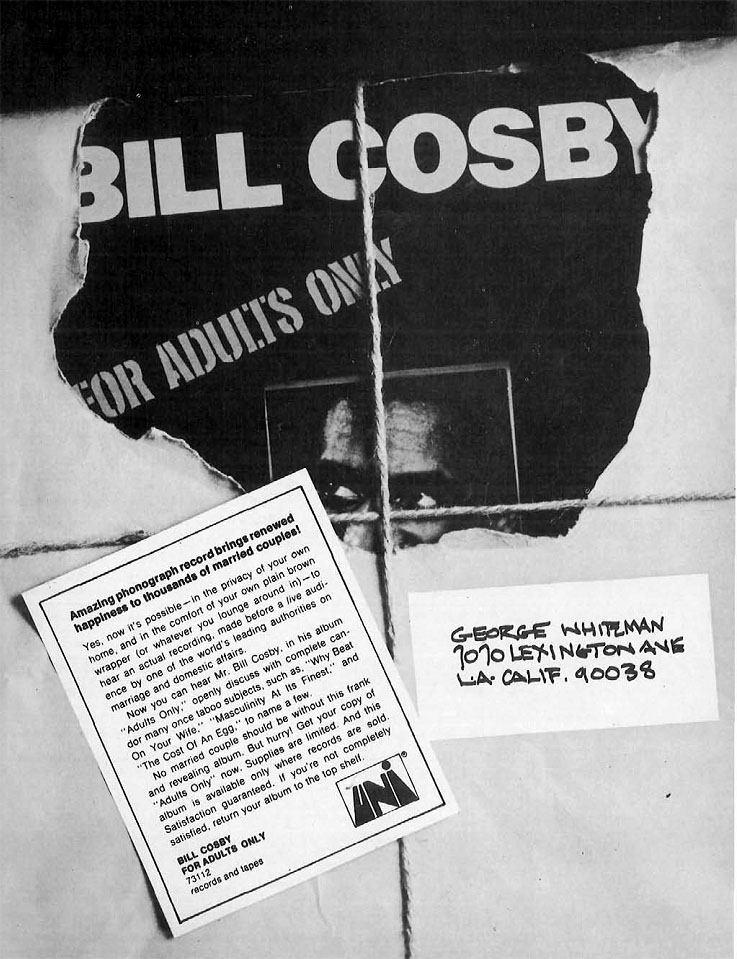 Featuring the track “Why Beat on Your Wife”.  I’ll refrain from any obvious Cosby-rape jabs; it’s sad – he was a talented performer back in the day. 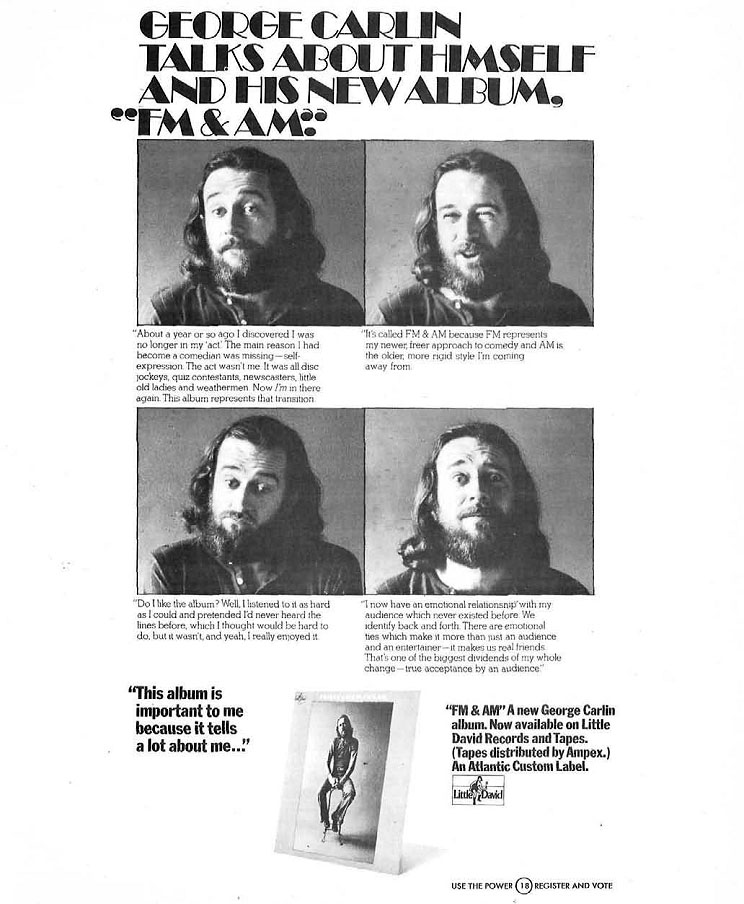 “It’s called FM & AM because FM represents my newer freer approach to comedy, and AM is the older more rigid style I’m coming away from”

As mentioned, the clean-cut button-down comics were ceding the stage to the long-haired edgy new comedy vanguard.  Here, Carlin makes the leap. 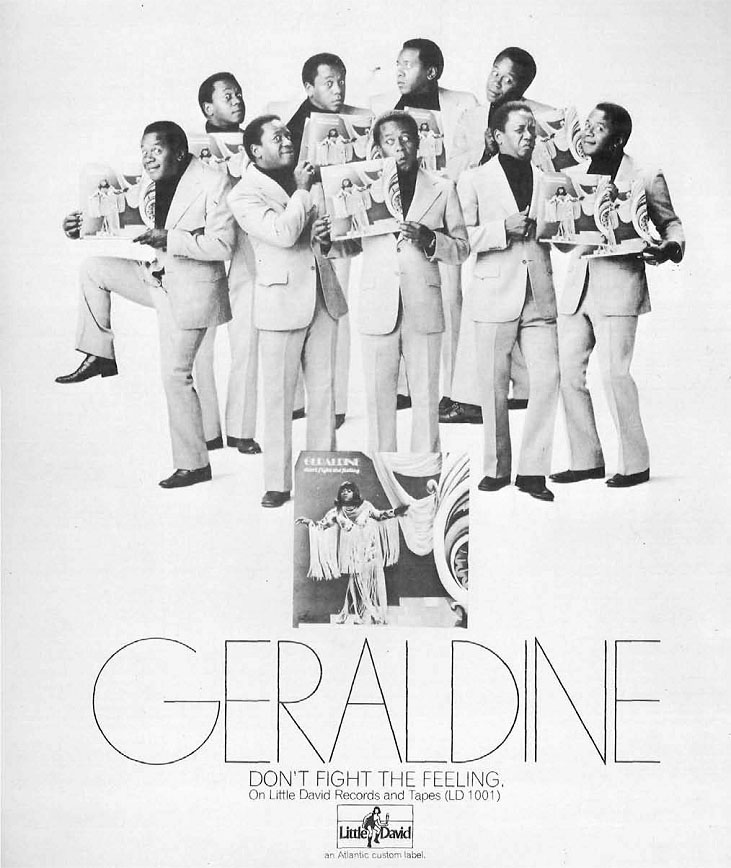 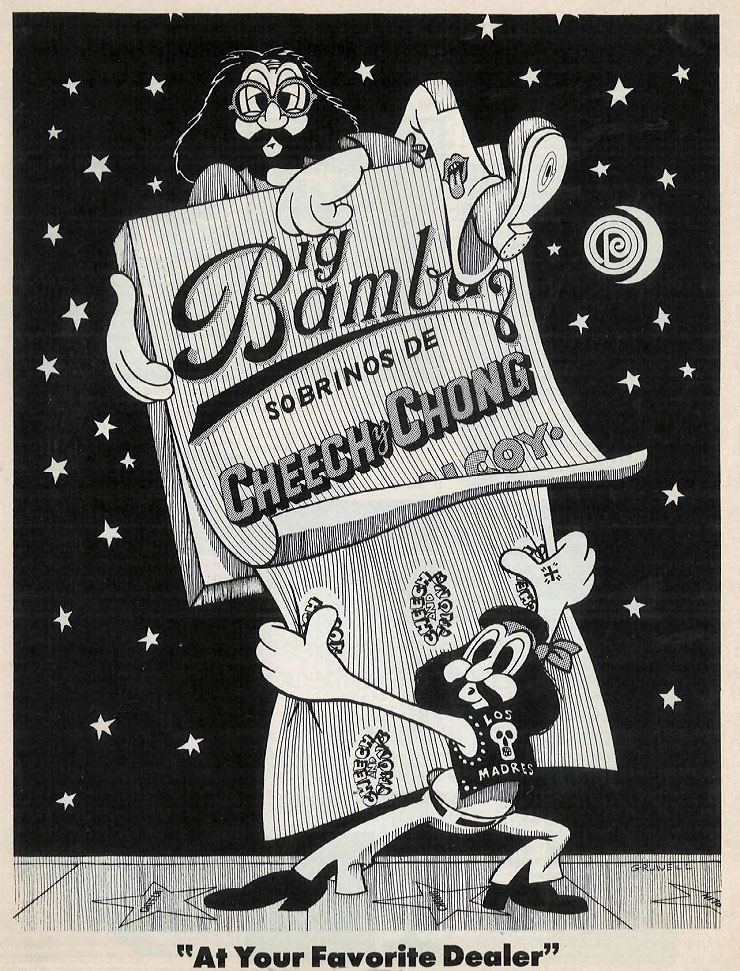 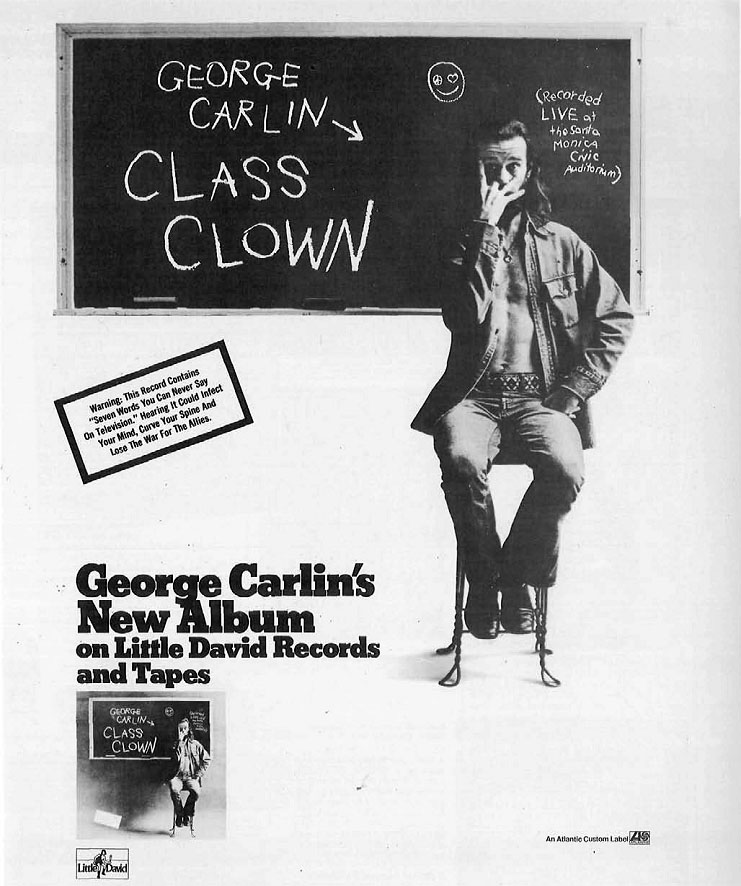 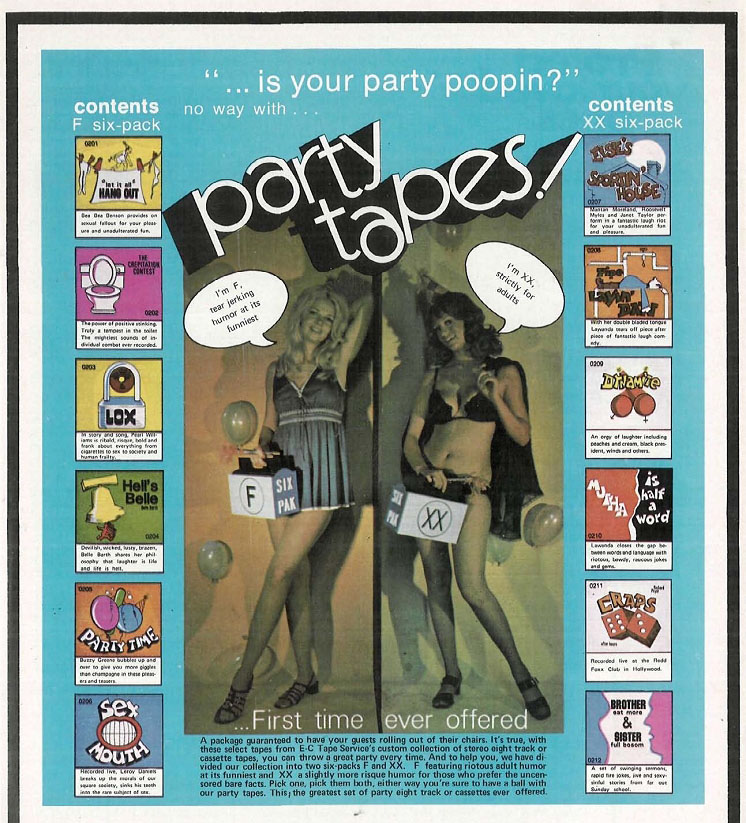 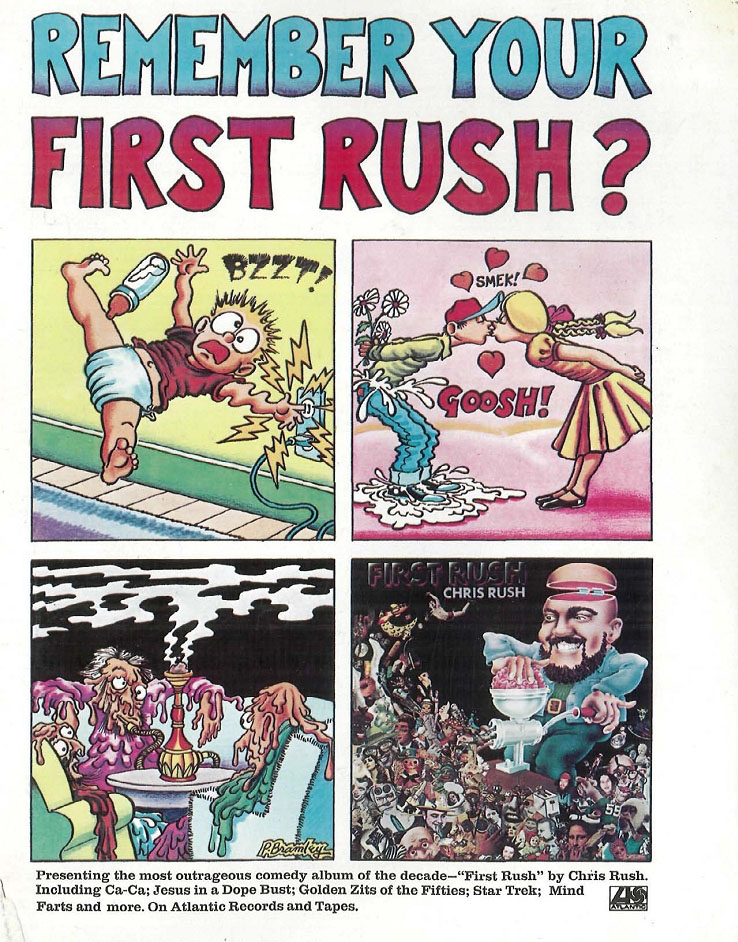 “Presenting the most outrageous comedy album of the decade – “First Rush” by Chris Rush.  Including Ca-Ca: Jesus in a Dope Bust; Golden Zits of the Fifties; Start Trek; Mind Farts and more.” 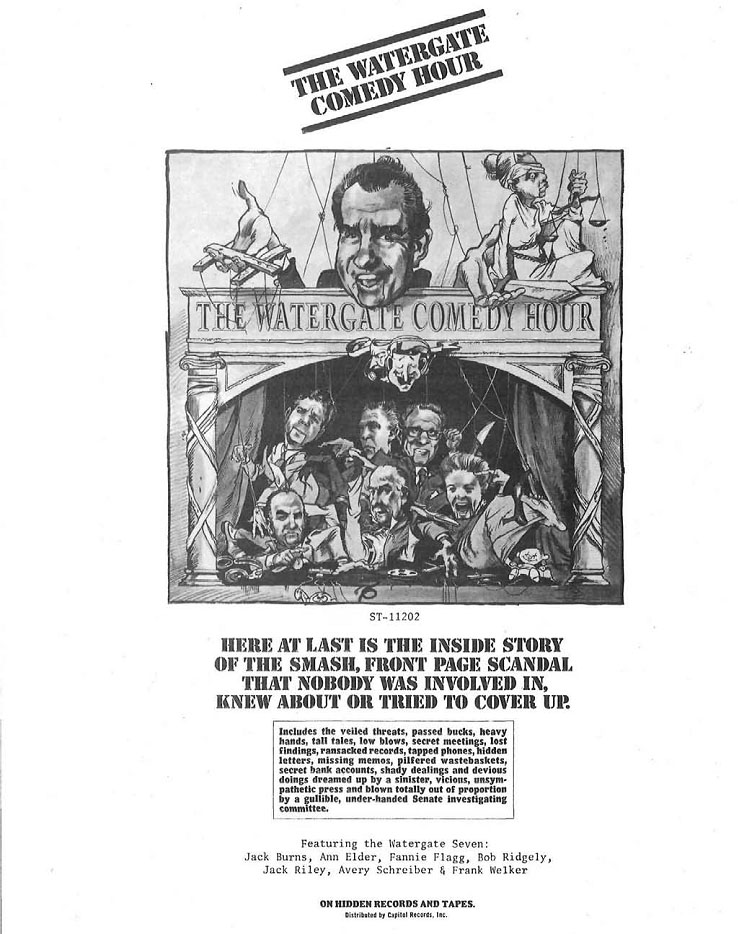 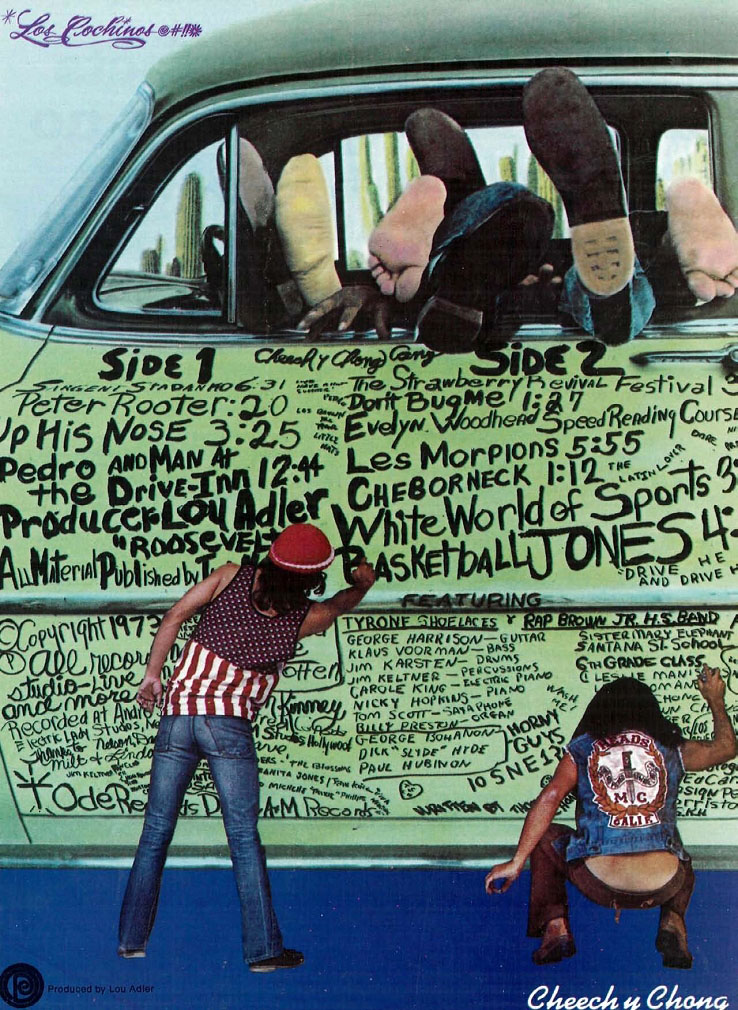 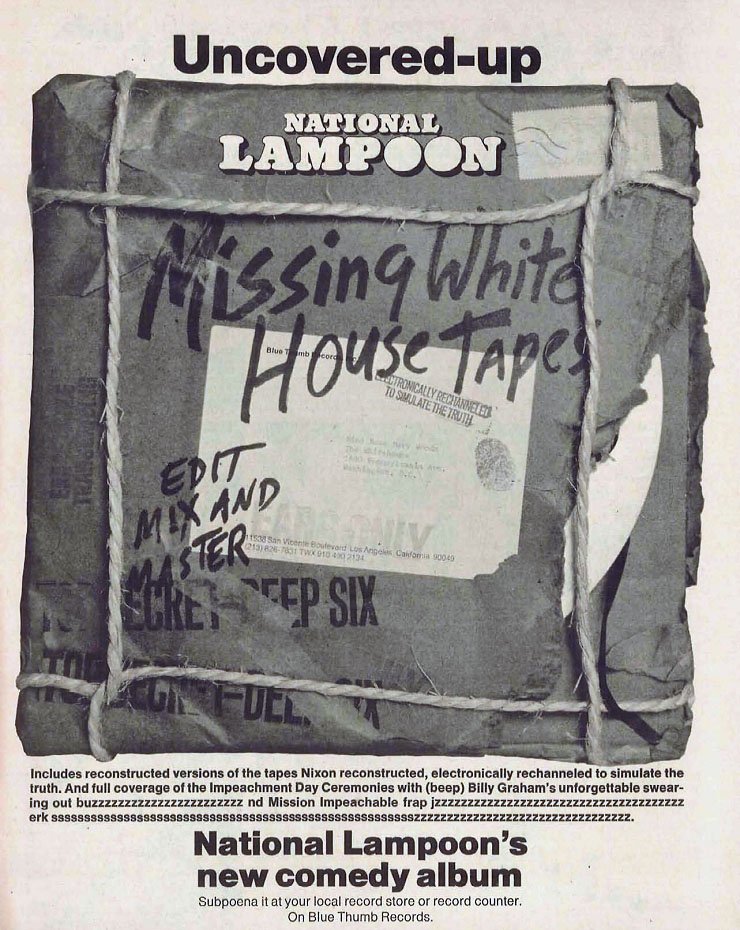 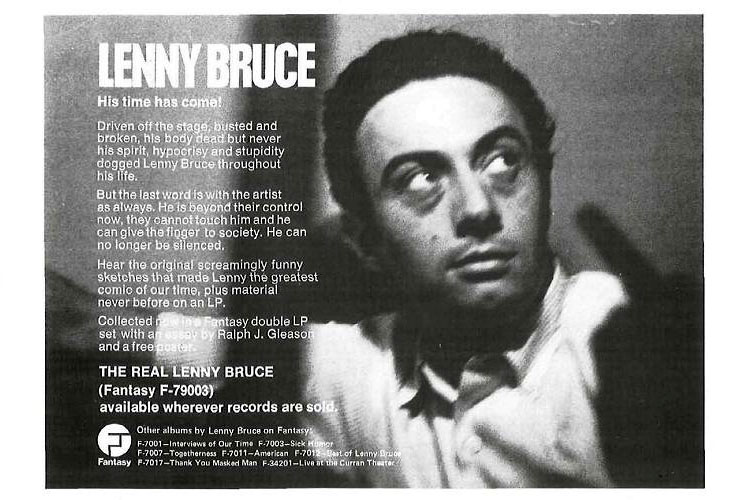 “Lenny Bruce: His time has come! Driven off the stage, busted and broken, his body dead but never his spirit, hypocrisy and stupidity dogged Lenny Bruce throughout his life. But the last word is with the artist as always. He is beyond their control now, they cannot touch him and he can give the finger to society. He can no longer be silenced.” 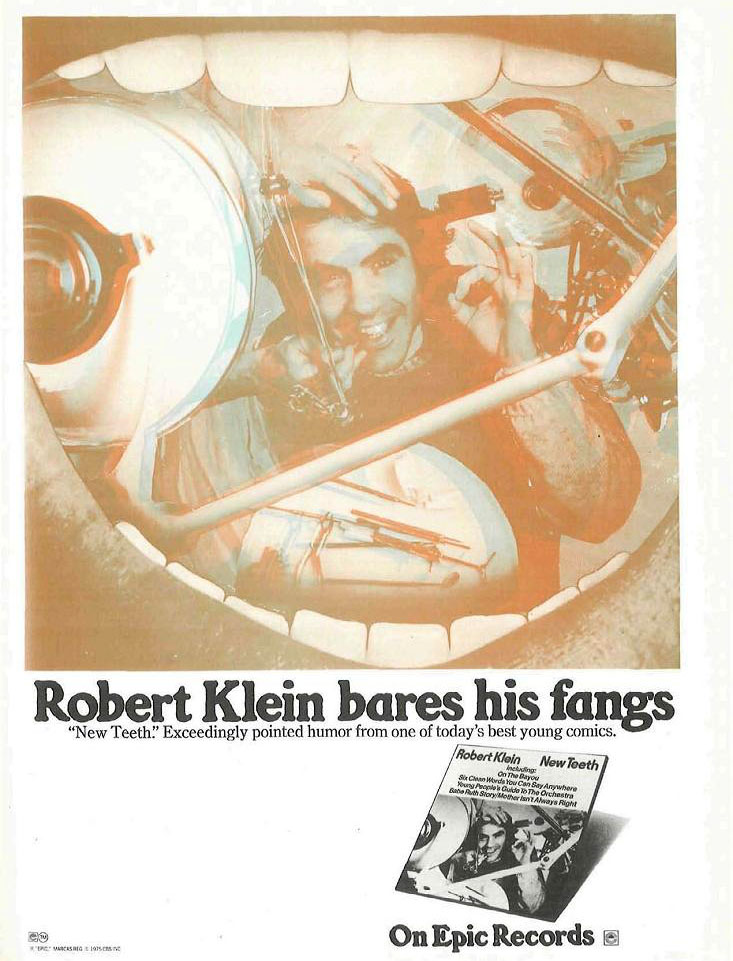 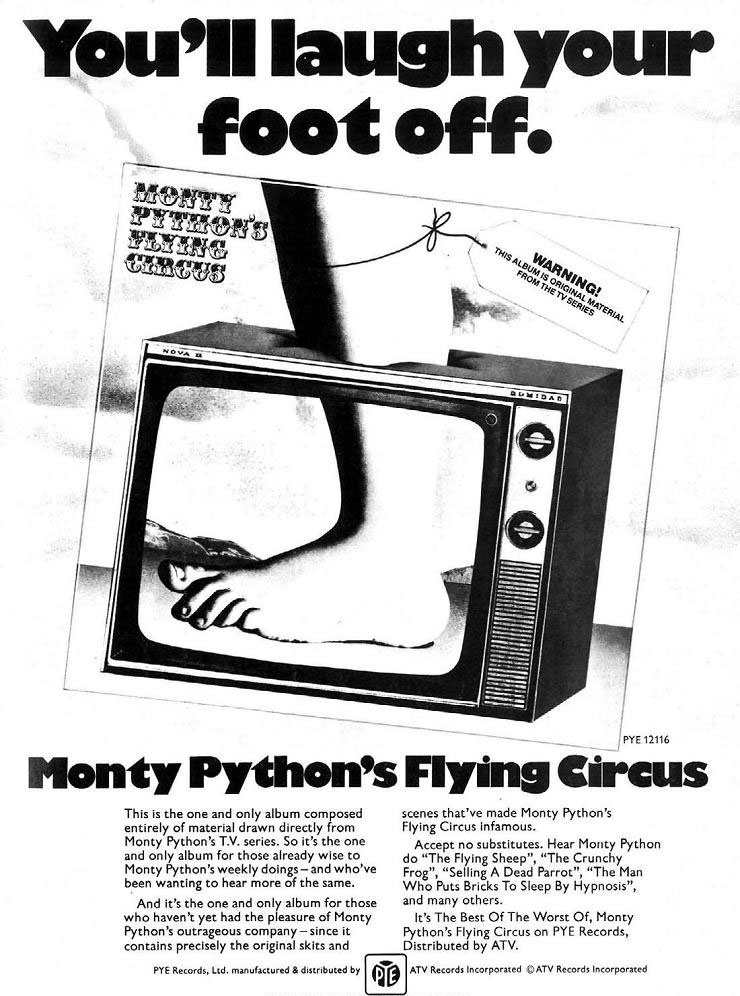 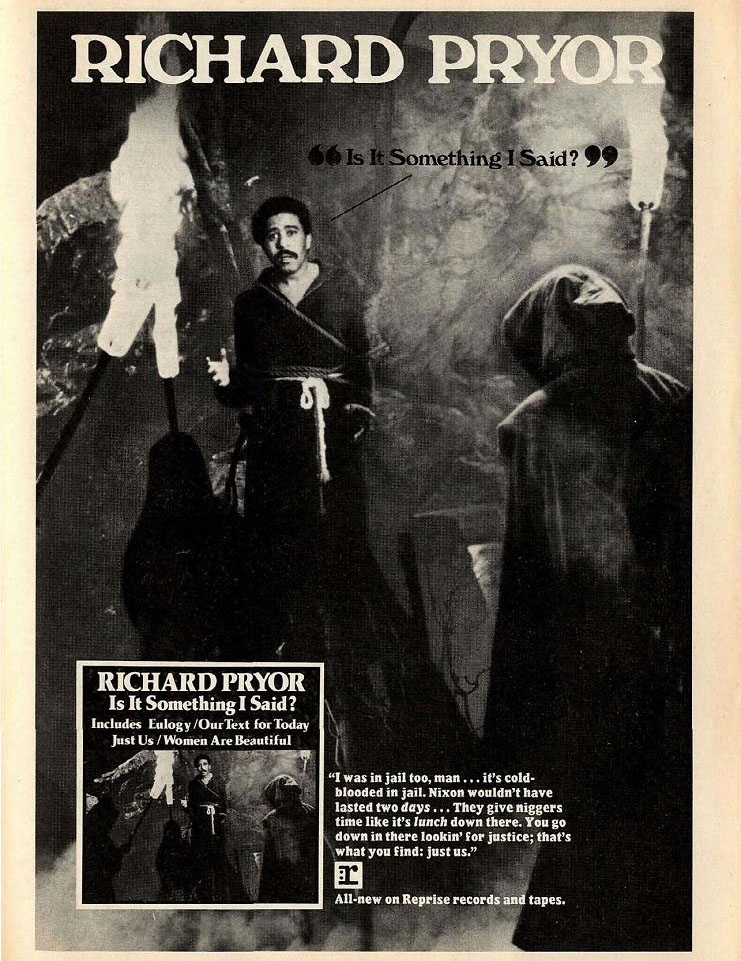 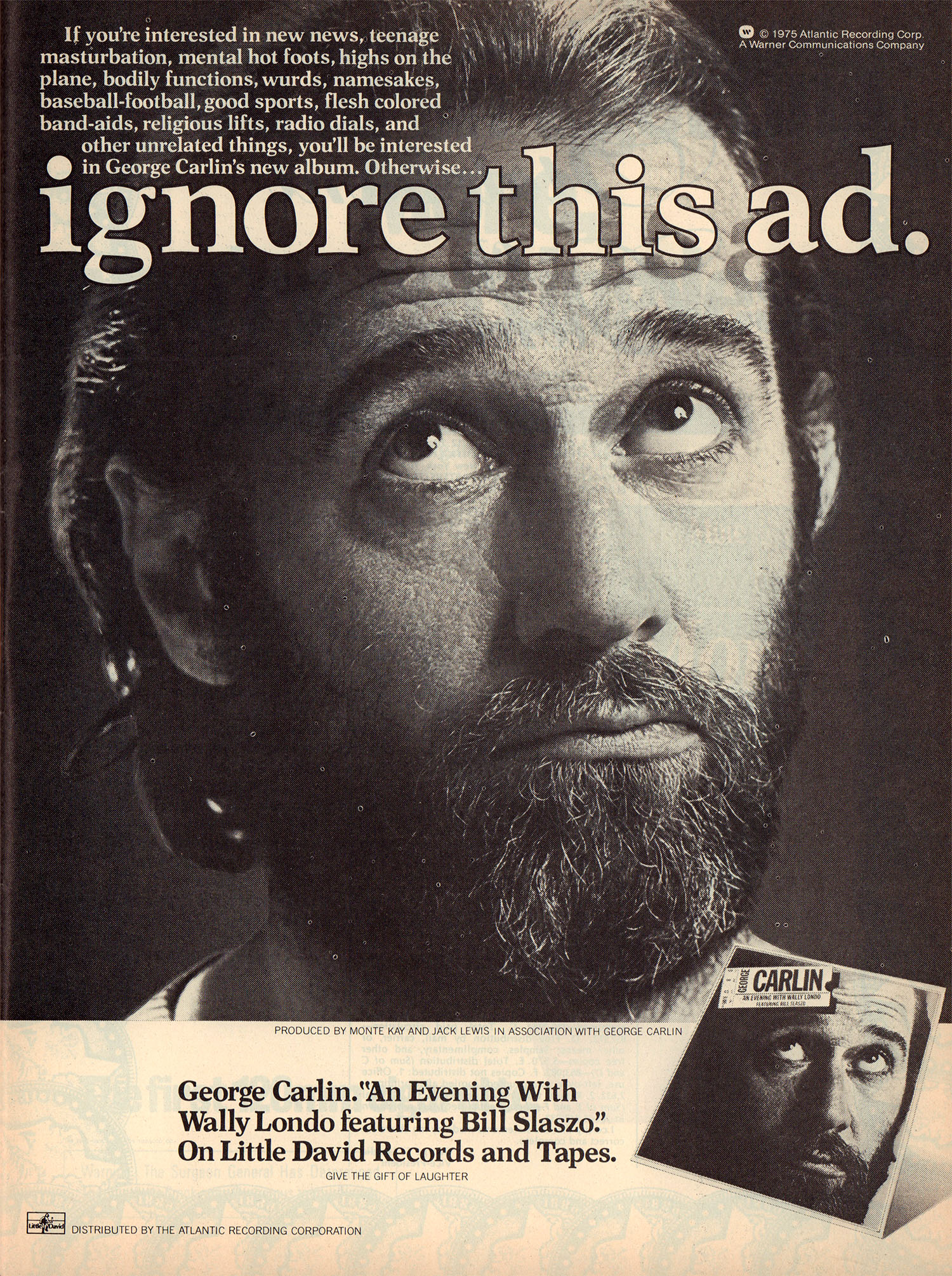 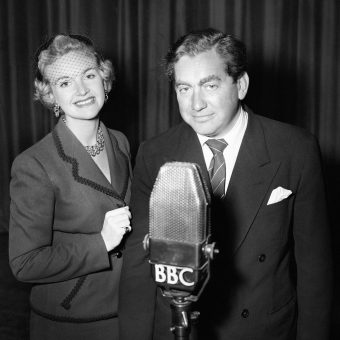