AS someone who spent the better part of high school drawing Iron Maiden’s Eddie on my folders, I can appreciate the importance of the metal album cover.  Heavy metal had reached its high water mark in the 1980s, and there was no shortage of creative, insane, and godawful album covers hitting the shelves of the record store.  Sabbath’s debut was wicked yet subtle just a decade earlier; by the 1980s things had gotten…. shall we say, “less nuanced”?

Here’s a look at some of these 80s metal covers, in all their obnoxious glory. 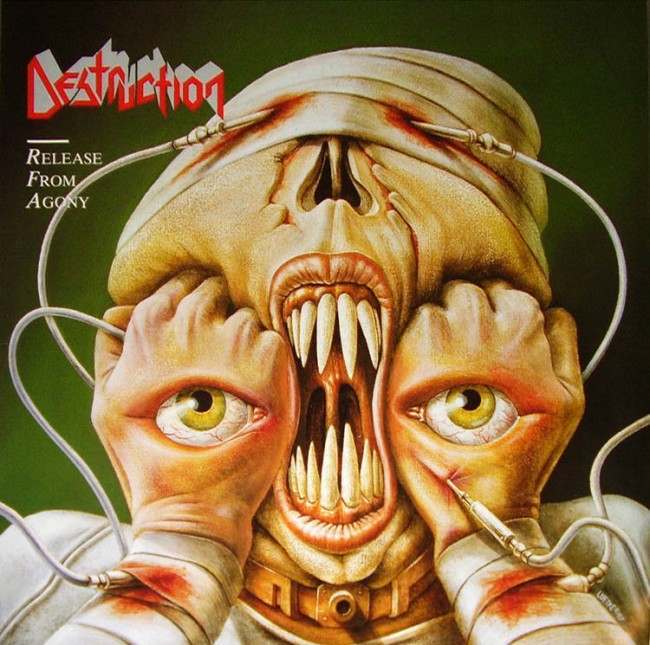 It may be the 80s, but this is as far from skinny ties and Paula Abdul as you get.  Look at this cover and you can almost understand why hair metal got to be so popular – you can only revel in the muck of your own misery for so long.  Even metalheads need a little levity. 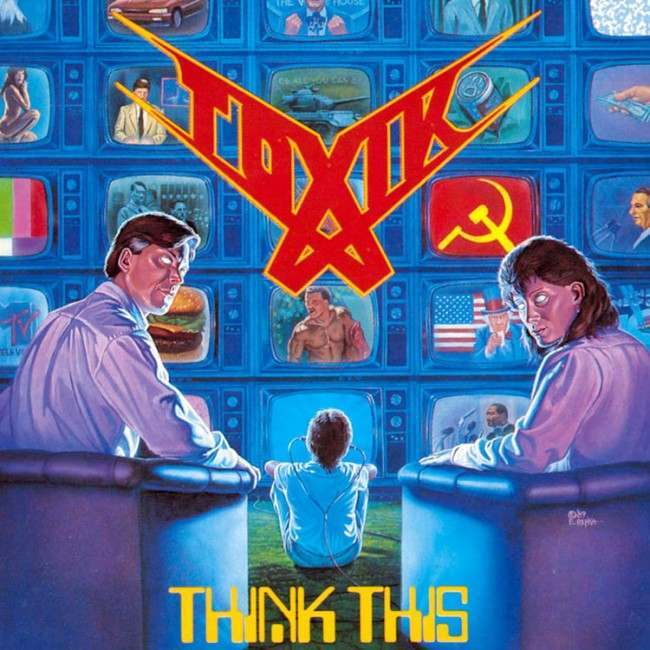 I’m sure this is commentary on the brainwashing of the masses via television.  However, I’m looking at what’s on and it doesn’t look half bad: an action movie (hell yes), a big ass hamburger (yum), a beer commercial (I’m thirsty already), a naked chick (no problem there), and what looks to be real news (as opposed to the fluff we have today).  I’m sorry Toxik, but I think I’ll pull a chair up and join the herd! 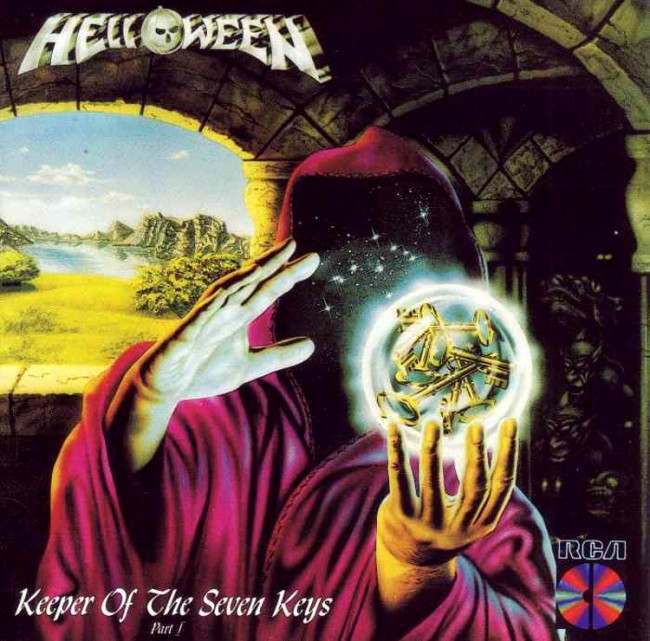 I do appreciate how metal in the 70s and 80s was unafraid to take a walk with Tolkien from time to time, even though it could compromise your metal cred. Indeed, Led Zep is often disavowed by metalheads due to their tendency to forsake the Hammer of the Gods in favor of Music for the Maypole.  Kiss’ venture into fantasy (The Elder LP) was actually damn good music, but almost universally hated.  The trick was to do it with the right amount of screeching vocals and thundering guitars; just ask Maiden. 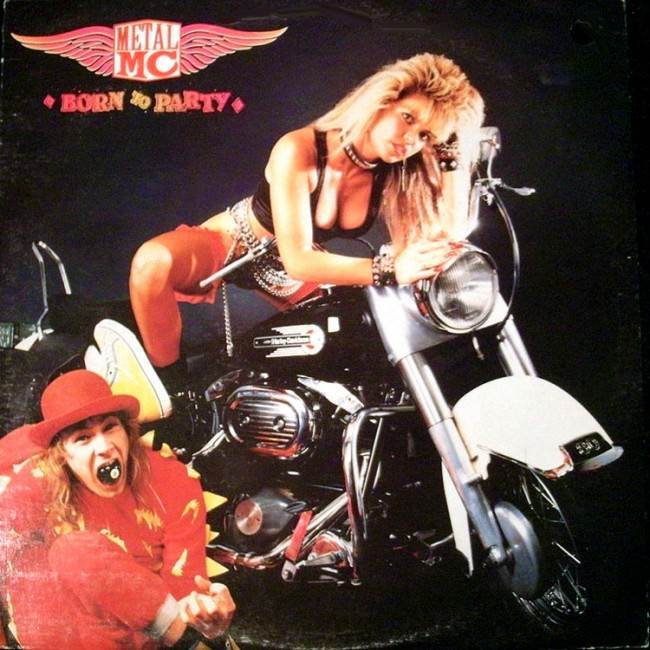 He looks absolutely retarded, but in defense of Metal MC, the metal-rap thingy was fairly new in ’88.  Run DMC had done the Aerosmith shtick in ’86 and the Beastie Boys had gotten huge that same year by combining heavy guitars and hip-hop.  But by the end of the 1990s rap-metal (aka Nu-Metal) had worn out its welcome – to the point that a Limp Bizkit song seems absolutely cringeworthy today. 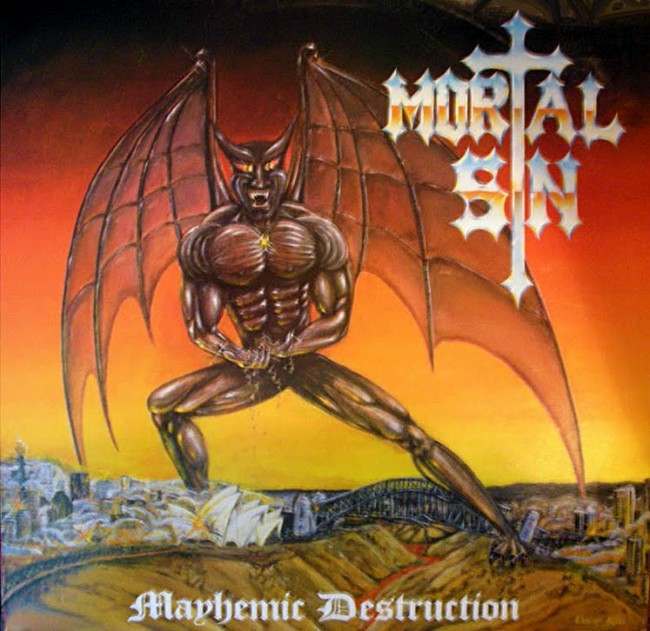 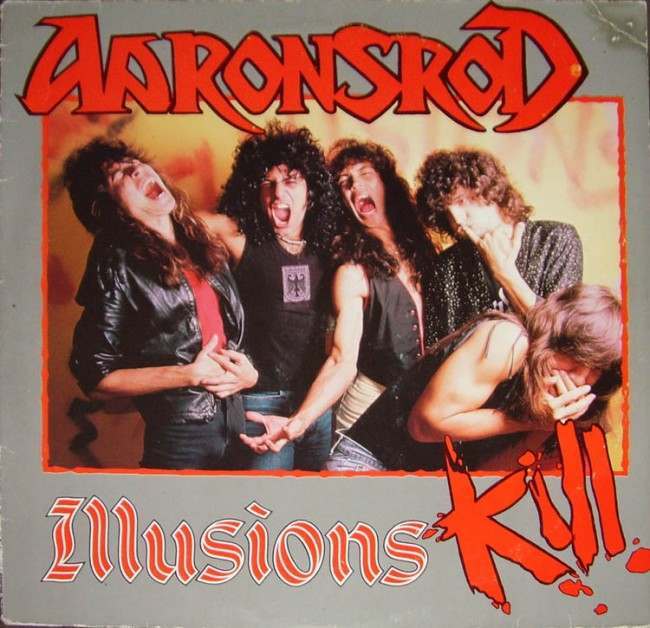 No disrespect to Aaronsrod, but this is a terrible cover.  From left to right: (1) a very un-metal belly laugh, (2) generic lead-singer grimace, (3) posing as if cupping someone’s balls whilst crying, (4) tasting a booger, and (5) suppressing vomit.  Metal Fail Level 11. 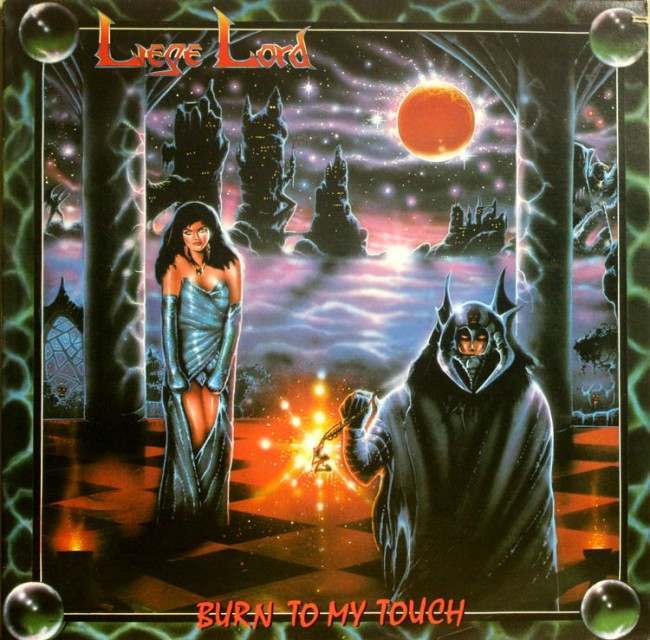 This would have been perfect airbrushed onto the side of a 1970s custom van. I picture the interior completely covered in thick burnt-orange shag, with many a well-smoked roach buried in its fibers. You would never let your daughter enter this sort of van – bad things happen within. 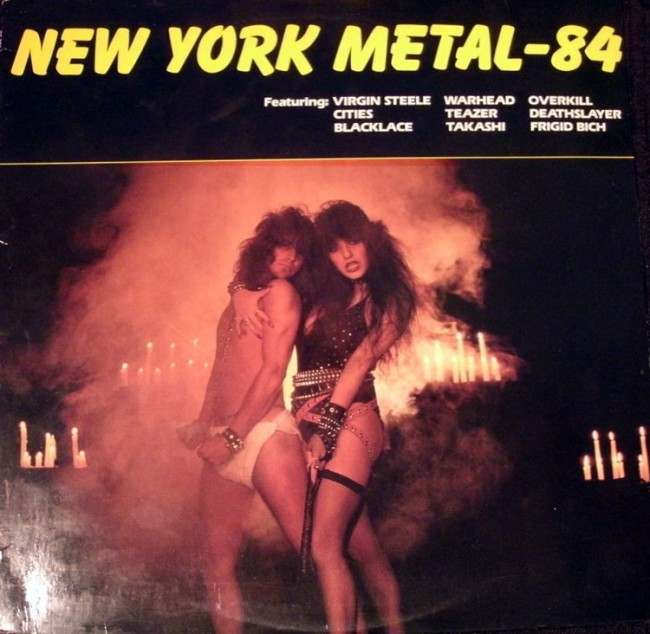 This is a compilation record.  I include it only because there is a man wearing what looks to be a diaper on the cover. I know spandex was big in the Los Angeles music scene and leather was big with the British metal bands…. I can only assume disposable diapers were big in New York.

And speaking of unfortunate attire… 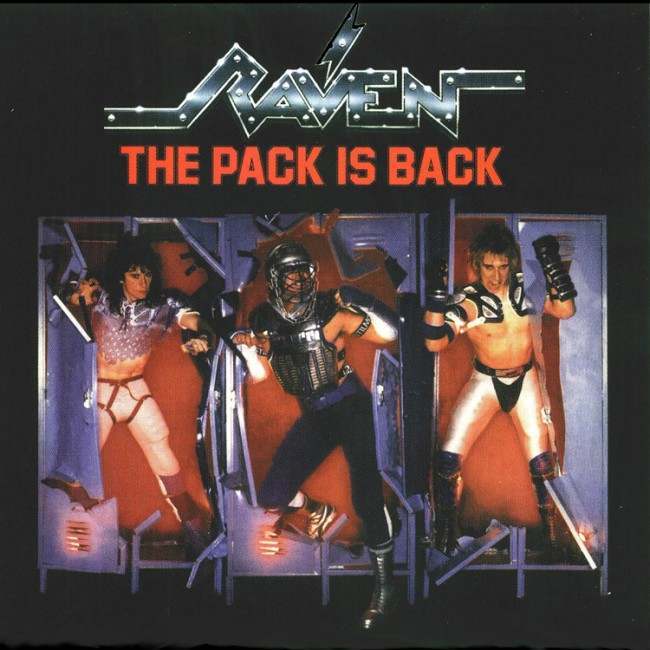 Was it laundry day at the Raven household?  Part professional wrestler, part disco queen – the only word that adequately describes the Raven wardrobe is “unfortunate”. 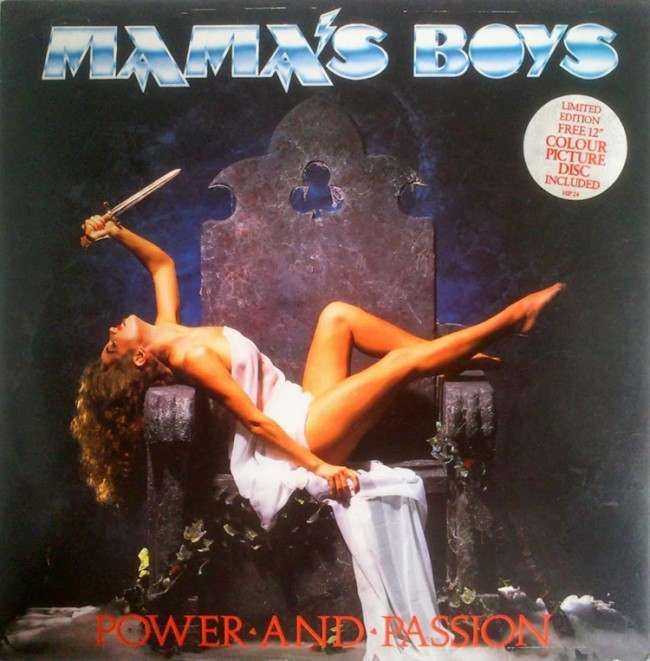