With shows like Breaking Bad, Mad Men, Game of Thrones, Sherlock, and The Walking Dead becoming such cultural phenomena, you’d think we’re living in the Golden Age of television.  While I agree that there are some truly incredible shows out there, I’d like to make a case that TV was better in the 70s….

1.  Quality is Scant – Most TV Is Unwatchable 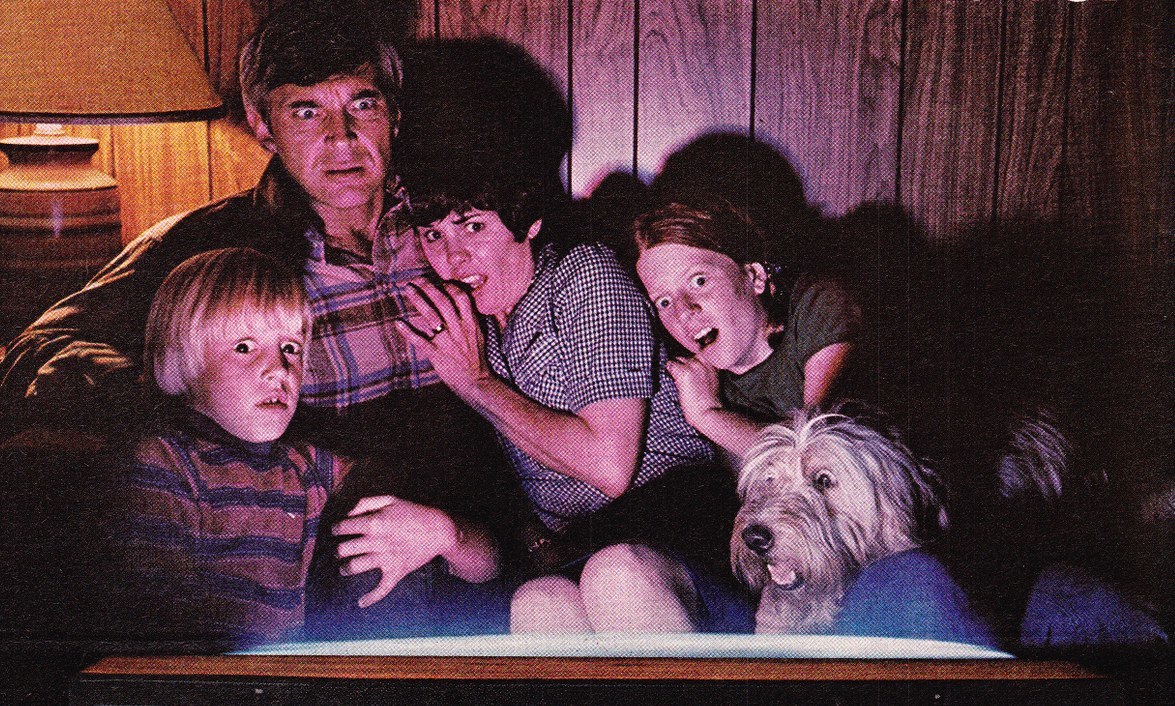 As incredible as Breaking Bad is, it was only around for a few short seasons.  Shows like Sherlock and Game of Thrones are more akin to miniseries; the number of episodes are painfully few.   Also, these quality shows are great to list as examples of how wonderful television is today; yet, they are needles in a rather shitty haystack.  You can marathon watch them on Netflix, but what’s actually offered for most of the year is scant indeed.

While I’ve been accused of looking back at the 70s with rose colored glasses, I won’t deny there was plenty of crap programming back then as well.  Yet, for every Hello Larry, there was a multitude of great offerings.  Plus, they weren’t limited to pitifully short seasons – there was plenty of M*A*S*H* and Bob Newhart to enjoy all year, with reruns in the summer. 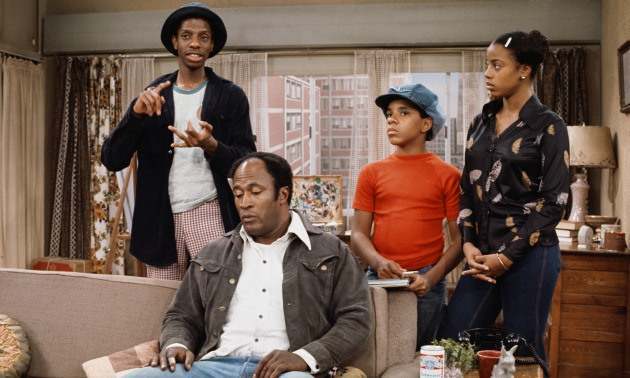 Go watch an episode of Good Times and tell me this isn’t like watching a live performance at your local theatre.  Sure, there was often canned laughter and piles of unfunny silliness on many of these shows – so, I won’t make a case that they’re Tennessee Williams or Molière.  However, these shows were generally in front of live audiences, and so the actors really had to know how to act and deliver a line.

So, while I can appreciate a Parks and Recreation;  a show like The Carol Burnett Show, which is performed live, which delivers something on another level that you just don’t get anymore.

3. Gone Are the Variety Shows and Specials 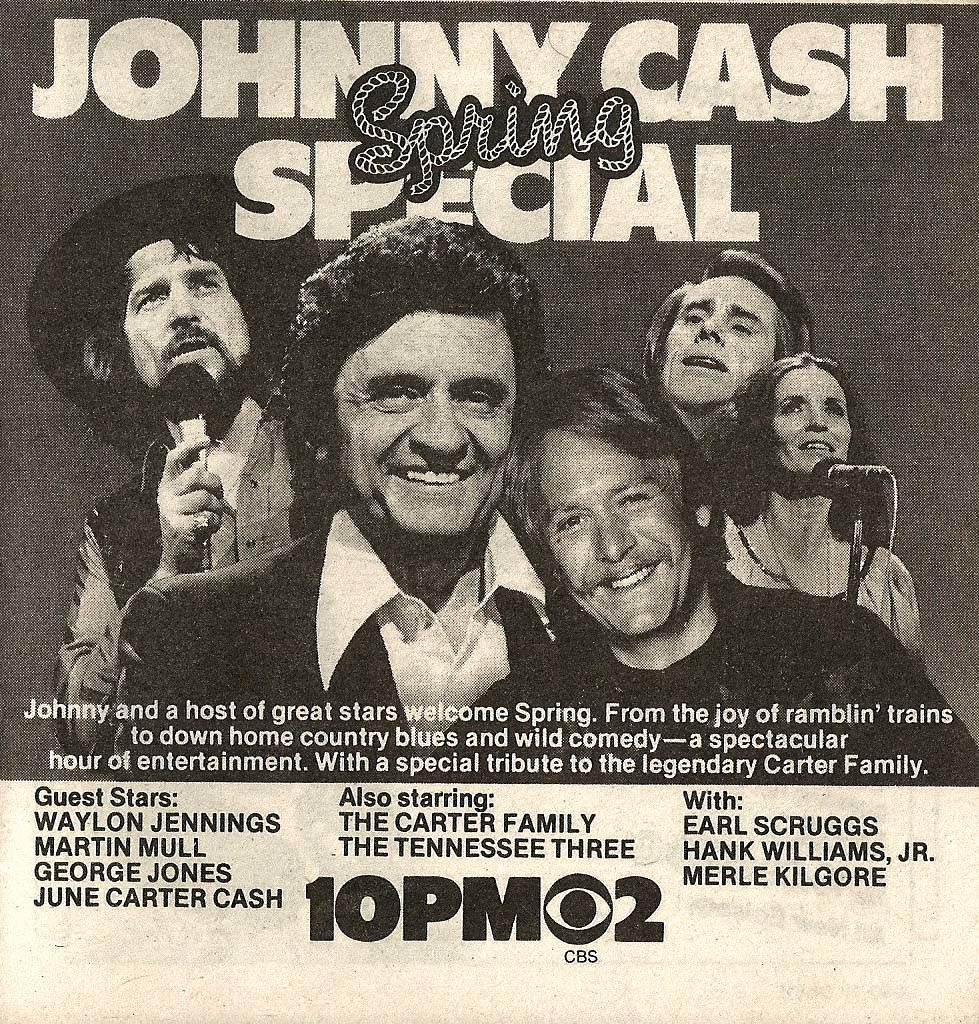 I’ll be the first to admit that these shows were intensely cheesy, and got waaaay out of hand by the late Seventies.  But there was something so enjoyable about seeing celebs putting on the schmaltz.  Whether it was The Brady Bunch doing The Hustle or John Travolta taking things down a notch with a soft ballad, audiences in the 70s were lapping it up. 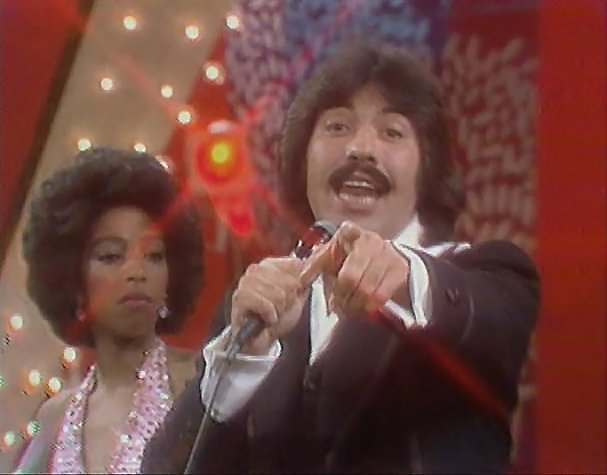 It wasn’t all cheese either.  Watch an episode of Tony Orlando & Dawn, and you’ll see a master at work.  Orlando works a crowd with a confidence and finesse you just don’t see any more.   You’ll also see a wide range of musical artists from America to Zappa breaking it down live – which was made all the more rewarding in the days before MTV and the Internet; when it was a rare treat to see your favorite acts perform. 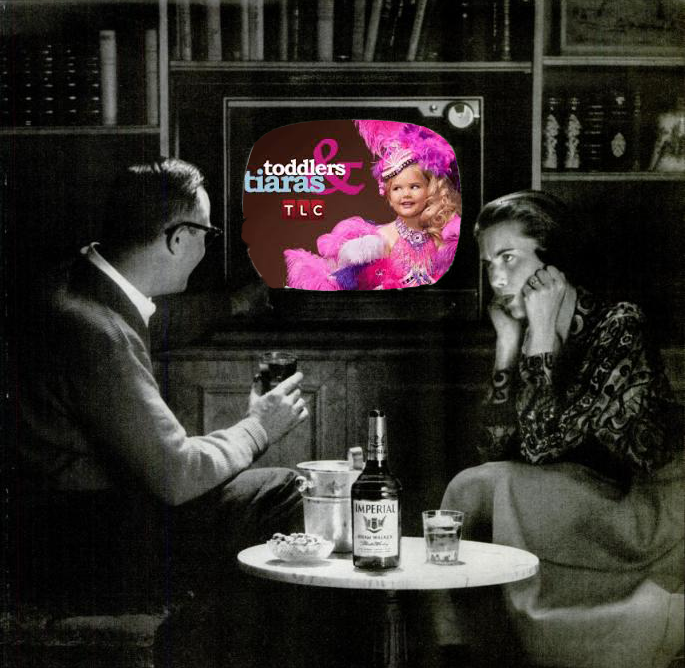 Has there ever been a bigger blight upon American television than the dreaded reality show?  I get it: they’re cheap and the masses gobble them up like candy.  But, like candy, they are utterly devoid of anything of substance.  Across the vast landscape of television, from channel 02 to 942, it is glutted with hollow and empty content.  A plague 70s television was mercifully spared. 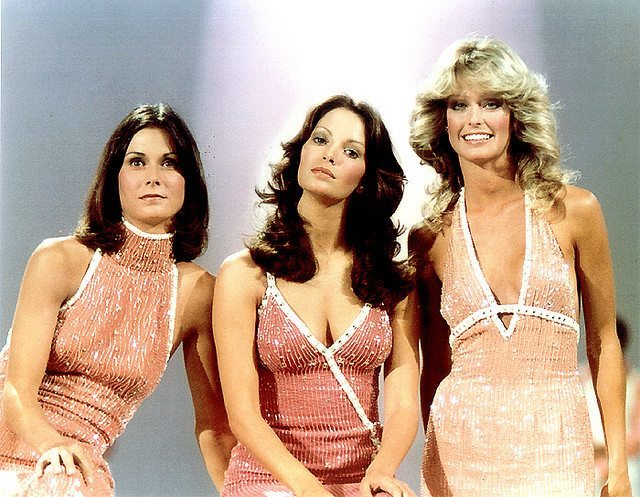 Critics hated it, but the truth is, the prime suspects (Charlie’s Angels, Three’s Company, etc.) weren’t that bad – compared to today’s reality TV, they were Shakespeare.  In the 80s, things could get dark and were constantly preachy, but 70s television had a wonderful buffet of eye candy unencumbered by life-lessons and messages.  You could accuse Three’s Company of being light on meaningful issues, but you could never accuse it of being light on entertainment value.  And while it was cotton candy content like reality TV, it still was well thought-out, well acted, and worth a re-watch.  For more, on Jiggle TV read an entire article and become an expert. 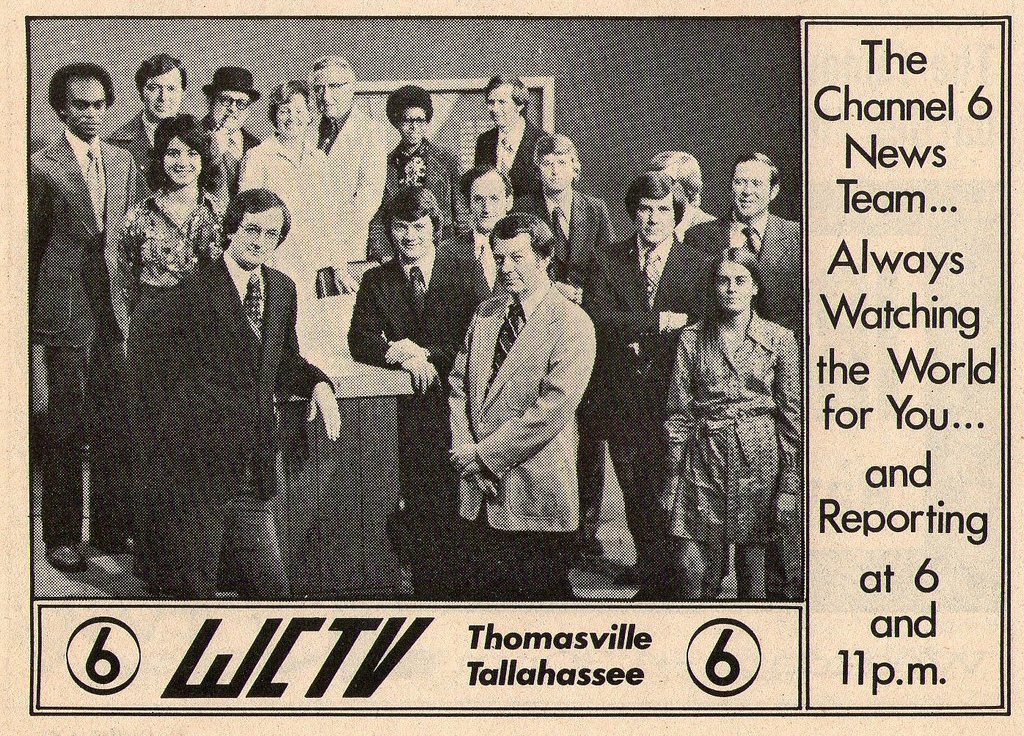 Remember when I asked if there has ever been a bigger blight upon American television than the dreaded reality show?  You should have answered, “Yes.  24 hour news channels”.  With their endless variety of talking heads and endless lack of actual journalism, these networks have become complete embarrassments.  In the 70s, we had the nightly news – an hour of local then national headlines…. AND THAT WAS FREAKING IT!  It was over.  We didn’t have hour upon hour, day upon day, of unabated speculation and misinformation, and we were better for it.   Right-wingers are fond of declaring Walter Cronkite at pinko commie, but I challenge you to go back and watch a newscast from the 70s – you will be amazed at how matter-of-fact it was, completely devoid of commentary and flashiness. 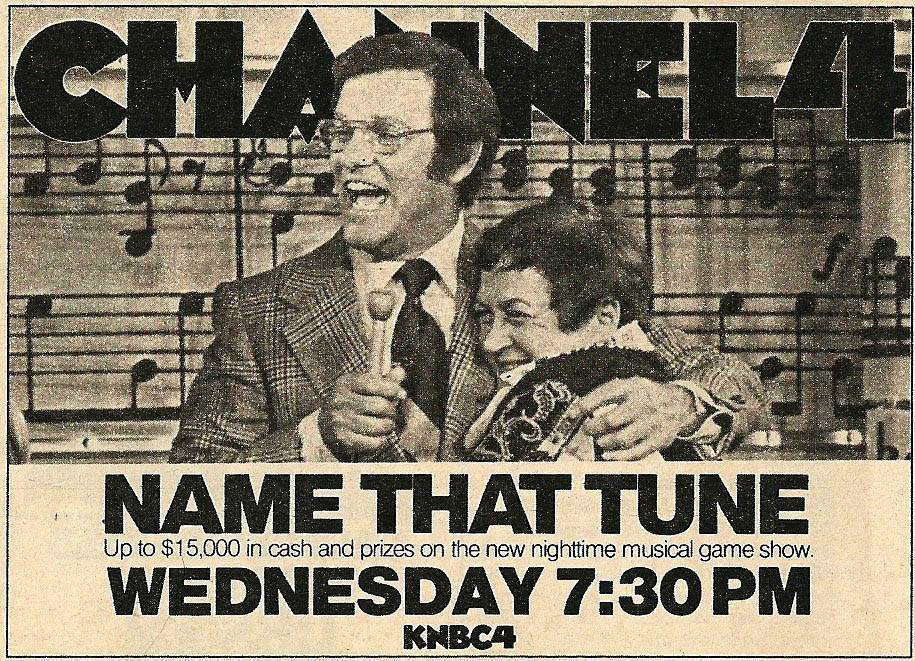 If you disagree with every point on this list, you’ll have to at least agree that game shows ruled in the 70s.  There were the evening game shows which included the drunken antics of The Match Game PM, the cocaine fueled mayhem of The Gong Show, and the naughty “whoopee” talk of The Newlywed Game.  Daytime had such classics as The Price is Right, Let’s Make a Deal, and Password Plus.  It was truly an embarrassment of riches.  Today’s game shows may be flashier and more polished, but pale in comparison. 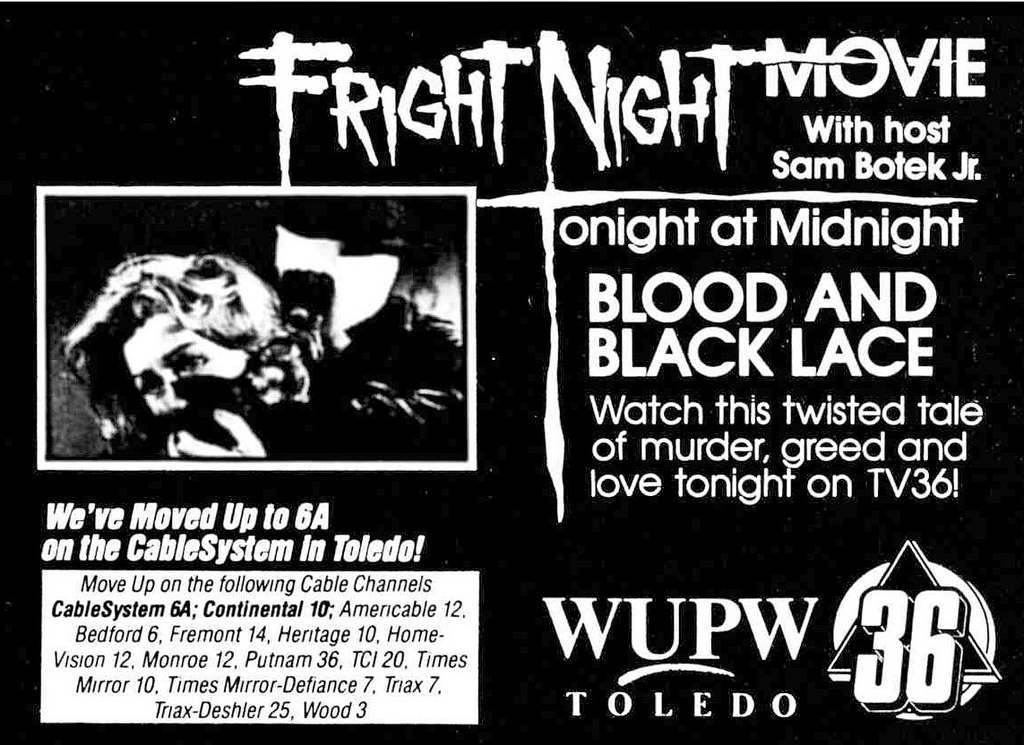 Have a look at what was playing at midnight on a given evening in the 70s, and you will see an amazing array of titles you’ve never heard of.  You only had a few channels to choose from, but they still managed to deliver the goods from long forgotten horror flicks to hippie biker films that still haven’t made it to Netflix.   Today, you certainly have an ample selection from your premium channels, but back in the day, your paltry 3-4 channels delivered up a surprising smorgasbord of obscurities and forgotten classics.  You can probably blame infomercials for the extinction of the late night movie buffet.

I’m going to repeat what I said from an earlier article (7 Things Boys Loved in the Seventies): In the 70s, there were no 24 hour kid networks spewing forth child-centric programming all day, every day.  Back then, you only had 3-4 channels, and they were chock full of adult shows like All in the Family and Columbo.  In the latter half of the decade you had shows like Mork & Mindy and The Incredible Hulk which the whole family could get behind.  However, those weren’t kid only.

Kid only means Superfriends, The Krofft Super Show, The Funky Phantom, Jabber Jaw, Speed Buggy, Laugh-O-lympics,… you get the picture.  These are shows mom, dad and your older siblings shunned.  This was YOUR time.  Saturday morning was your one special moment in the week; it had to be seized and treasured like fine wine.  For next week it was back to Sonny & Cher and (gulp) Maude.

So, you could argue that kids actually have it better now, not being limited to that one glorious morning each week.  However, I can’t help but wonder if it has become less special.  Kids have gained quantity and daily gratification, but lost the anticipation and the joy of the moment. 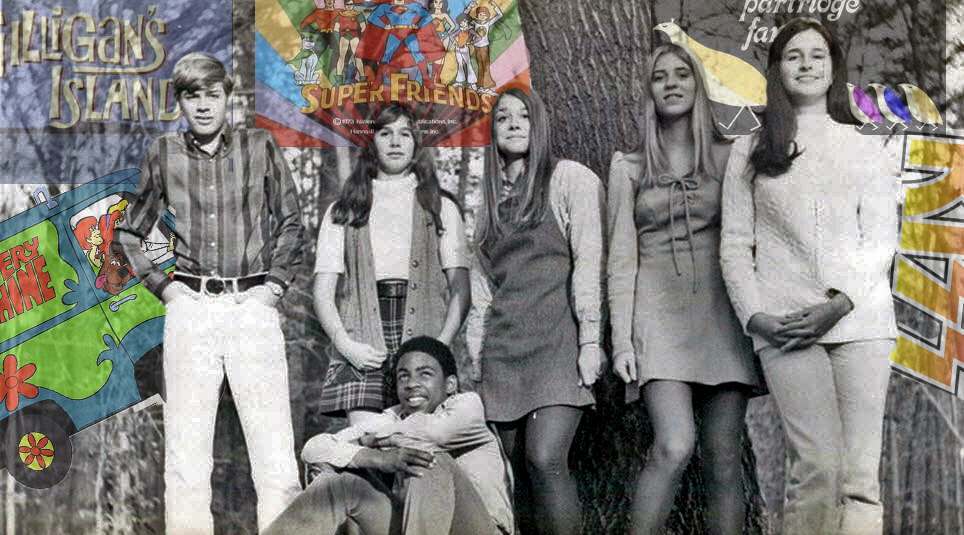 This last point is perhaps the hardest to explain.  It has to do with the very limited offerings we had in the 1970s (as mentioned, we only had 3-4 channels); therefore, everyone was watching the same basic shows…. thus, everyone from this generation has the same basic memories and experiences to share and talk about the next day – and to reminisce about in the years to come.  Baby Boomers share the same TV memories as a generation –the same can be said (perhaps more so) for Generation X.  Not so today.

In contrast, there is so much variety in mass media, from Netflix to hundreds of channels to YouTube to DVDs to…. You get the picture.  What you watched last night is very likely NOT what your neighbor or coworker watched.  Seinfeld may have been the last vestige of a communal pop culture experience.

While you could argue that this wide variety makes our younger generations more diverse in perspectives, there’s something positive to having shared pop culture references among members of a generation.  When an episode of The Brady Bunch is brought up among Gen Xers, everyone remembers it, and there’s a bit of joy in that.