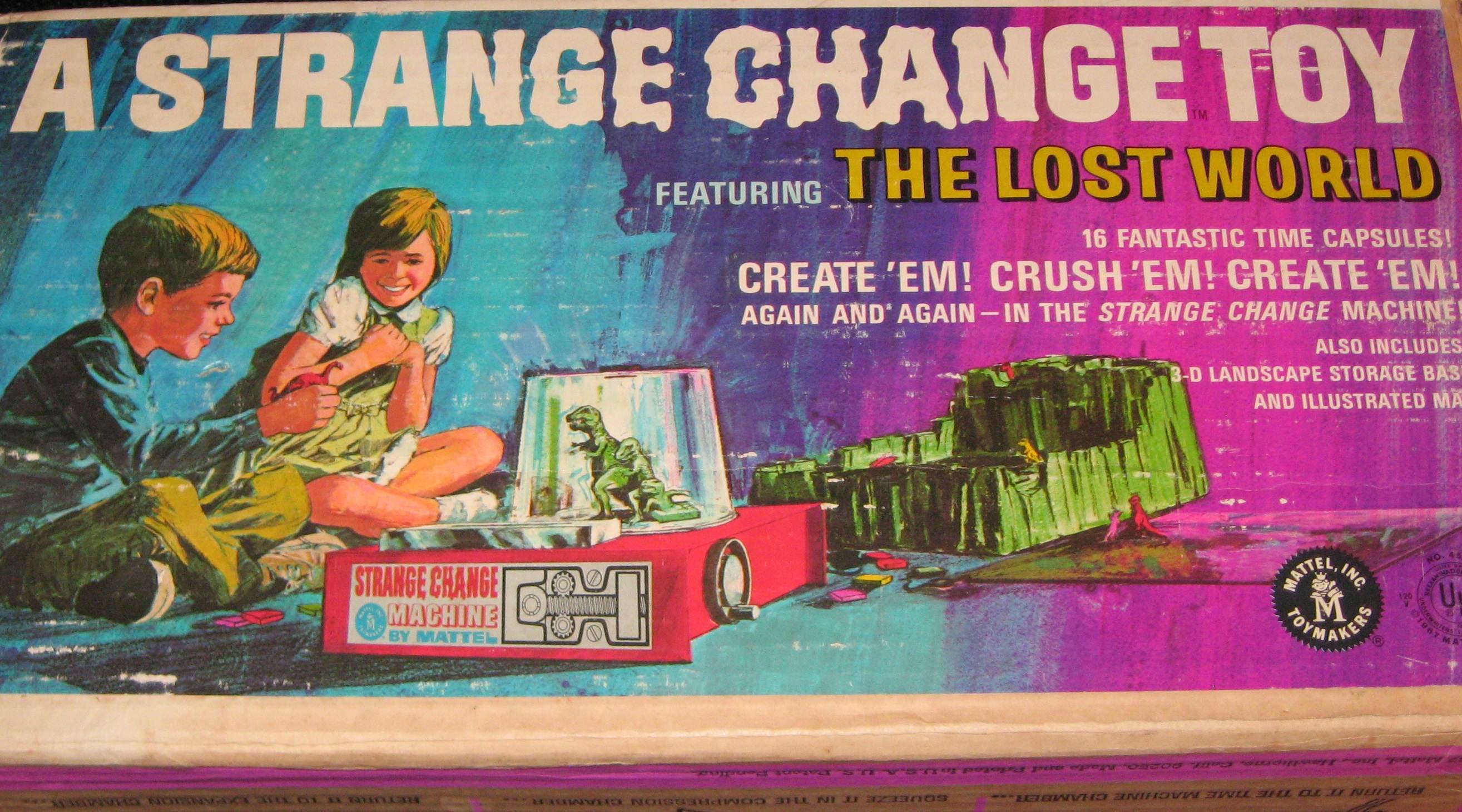 File this one under great toys that kids of the twenty-first century would never be permitted to play with.

Here, a child at play takes tiny square “capsules” and deposits them on the hot plate (preferably with tweezers) as it grows hot.

After a while, the heat makes the capsules unfold into the forms of strange monsters and creatures. 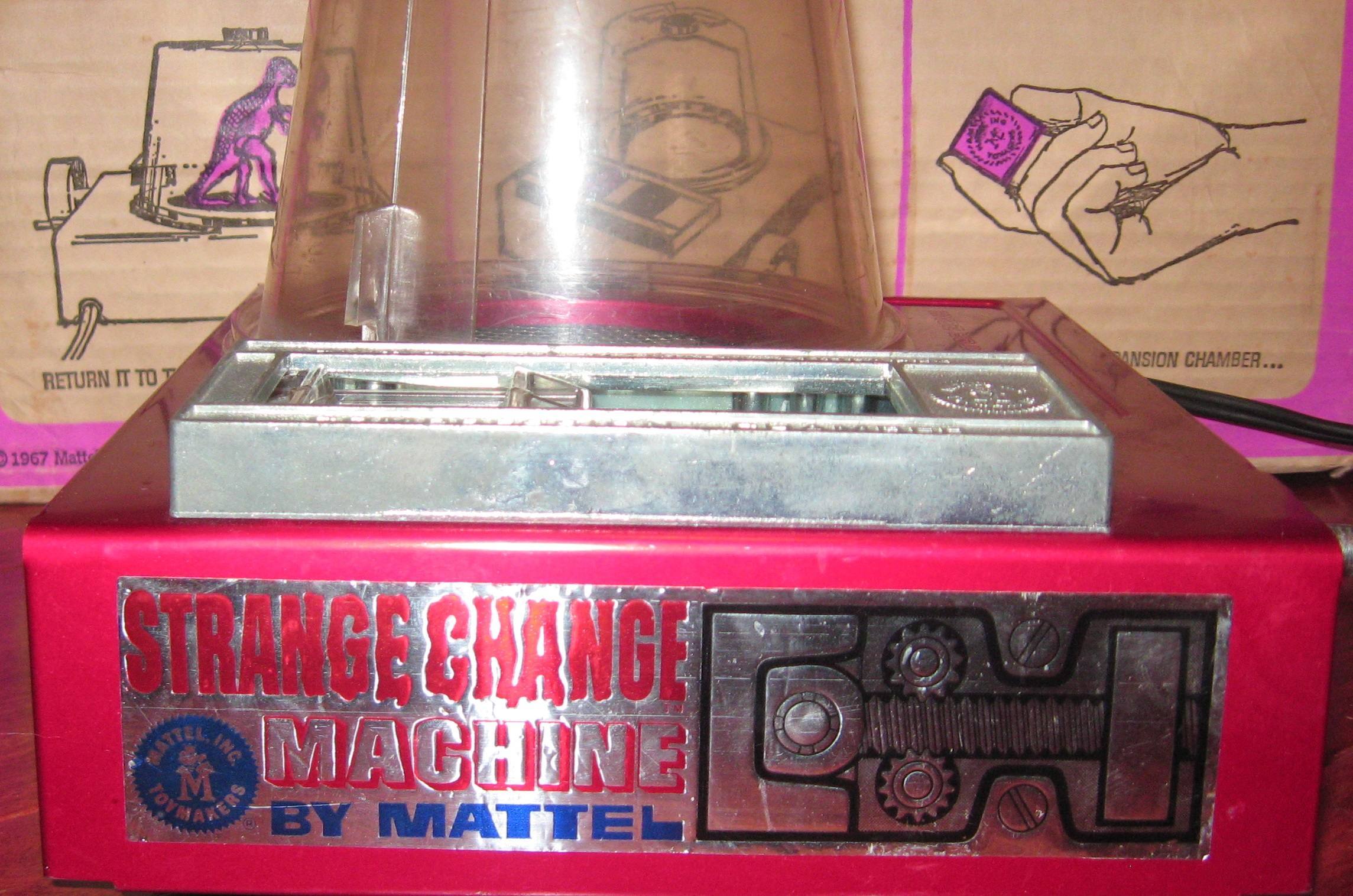 Then, after the shapes have formed, you put the monsters in a “compression chamber” (really a vise, operated by a wheel) and squeeze them back into their tiny capsule form.

Not as fun as Minecraft you say?

Well, I grew up with this toy, though it arrived on the market a few years before I was born.  Still, my sister and I spent many hours burning our fingers while trying to help the capsules form into giant ants, or dangerous dinosaurs. 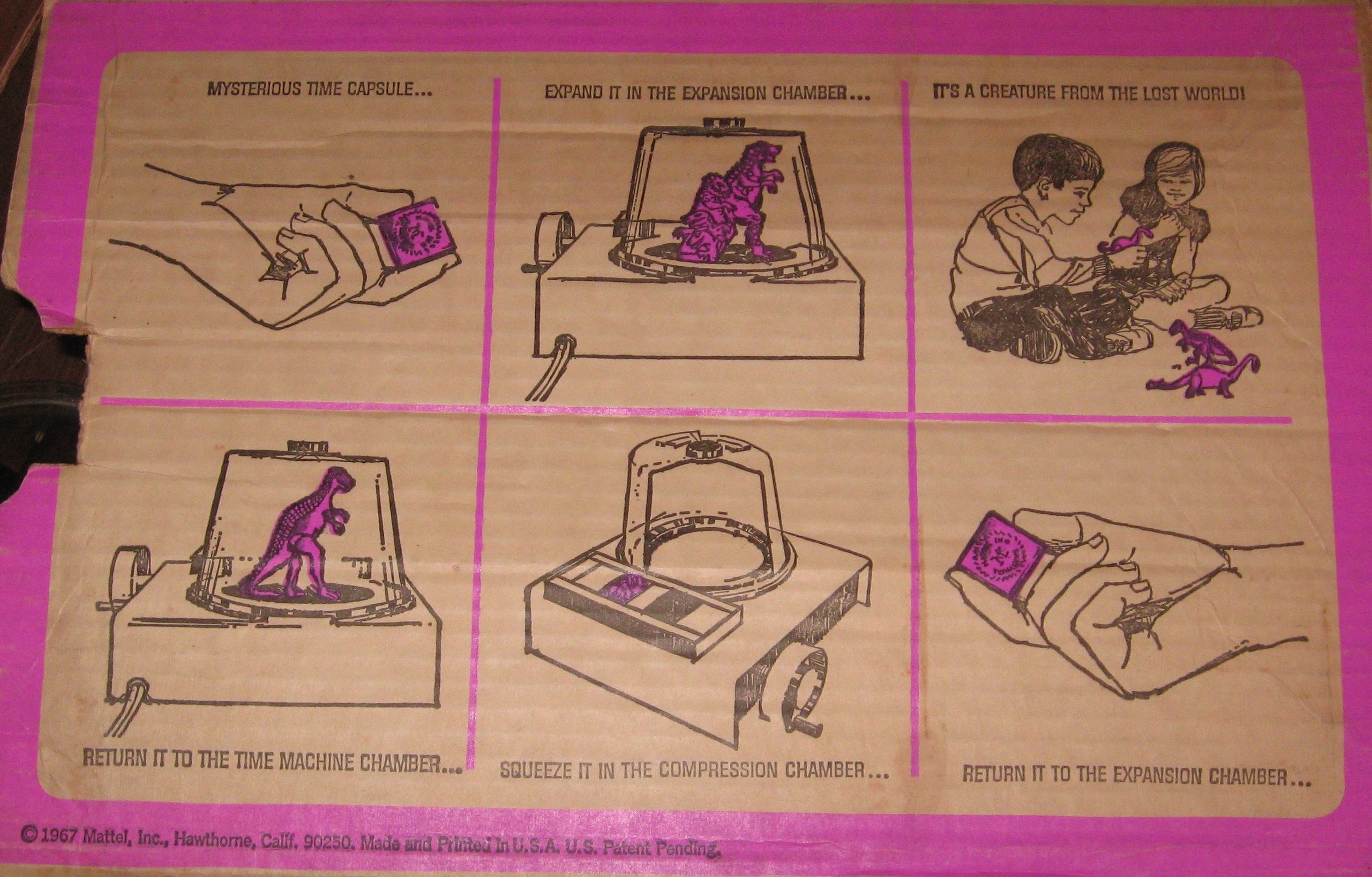 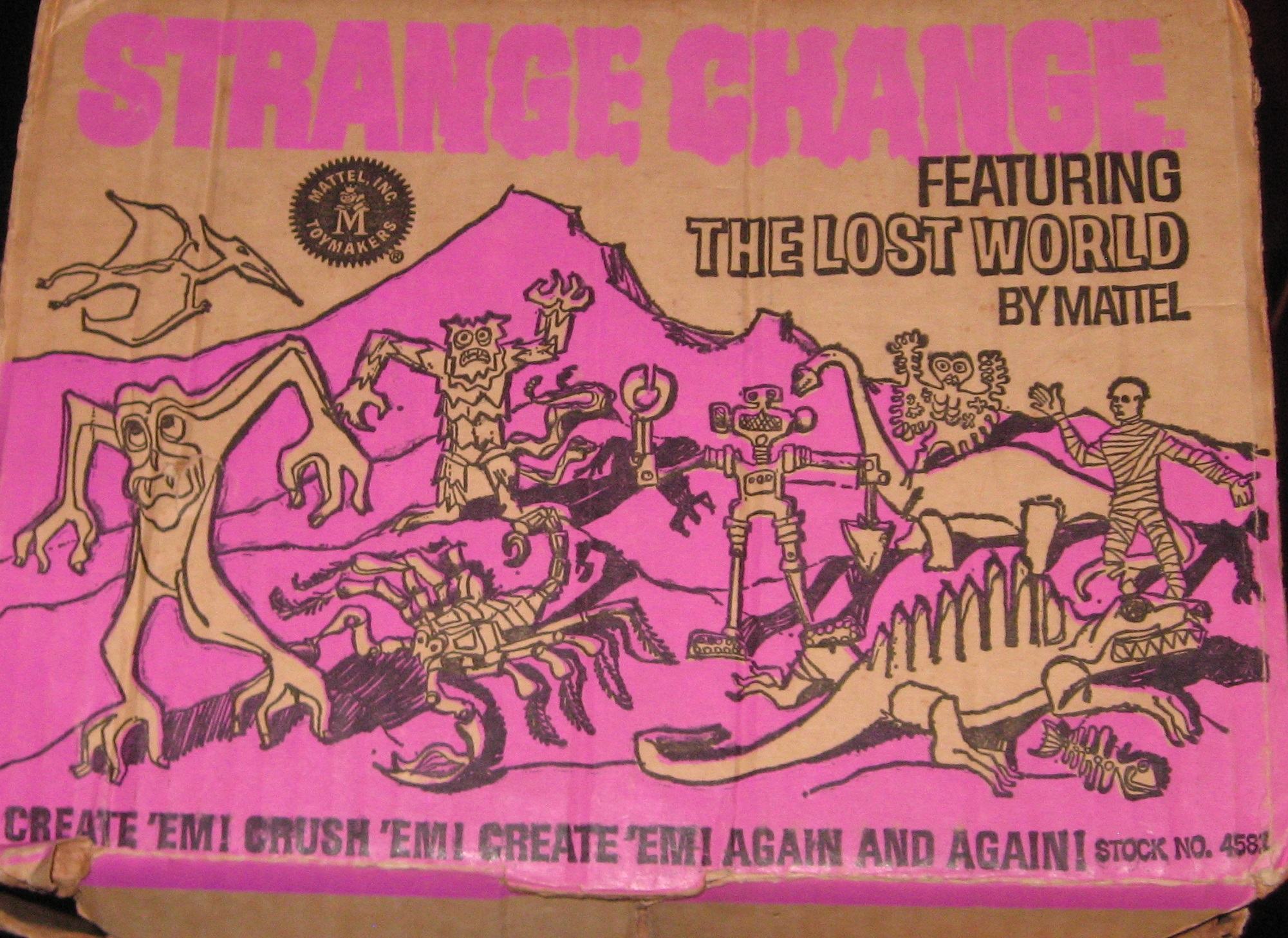 What made the Mattel so fun, in part, was the mythology built around the toy.  The box urged developing mad scientists to “Create ‘em! Crush ‘em! Create ‘Em! Again and Again – in the Strange Change Machine.”

In all, there were 16 “fantastic time capsules” included with the hot plate and chamber, including (“discovered to date…”) membrane men, fragments of space creatures, crawlers, fliers, skeletons of human types, mummies, and robots.

The set also came with a 3-D lost world landscape, molded in green, an illustrated map of the lost world, and, of course, the Strange Change machine with compressor. 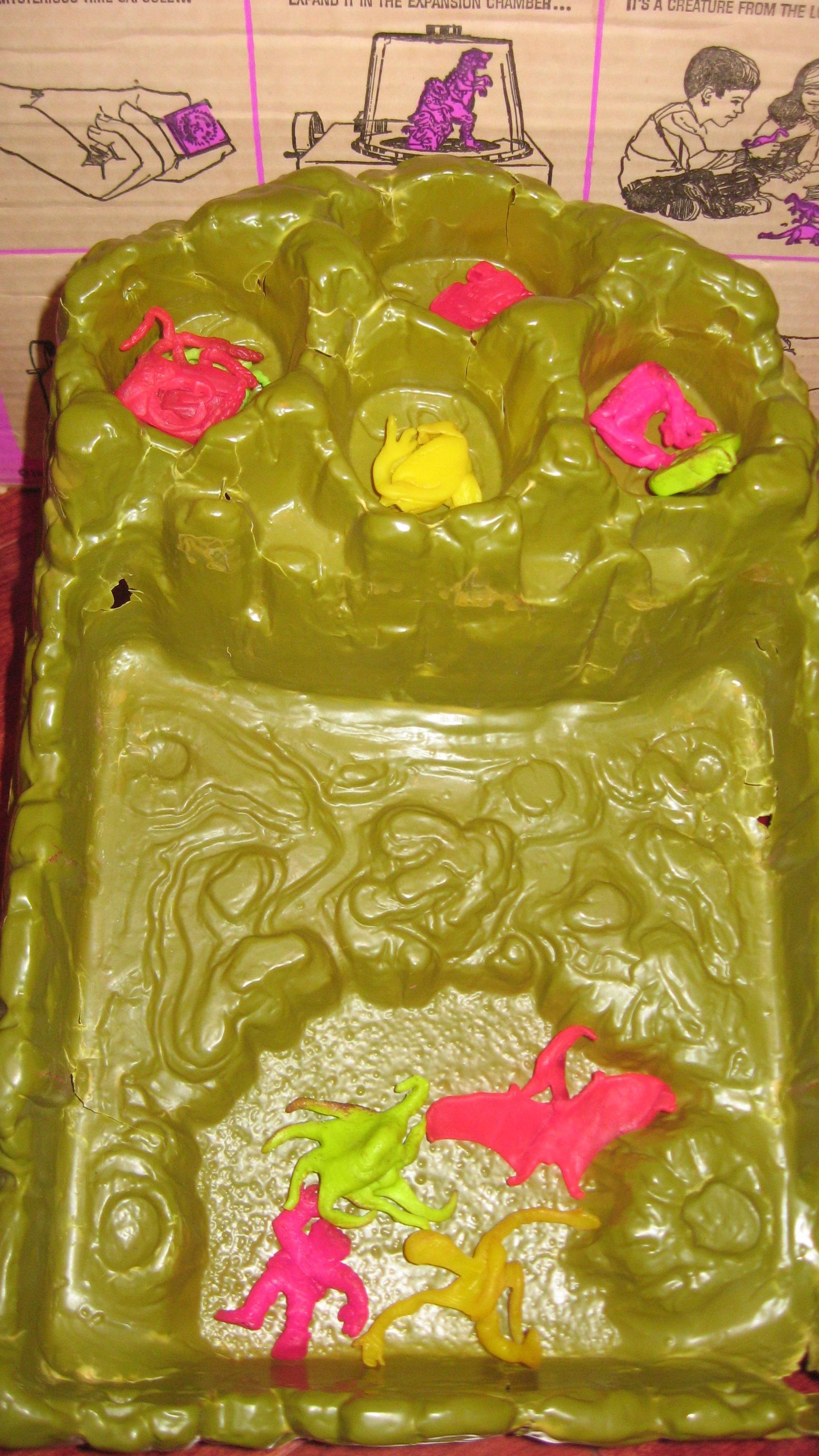 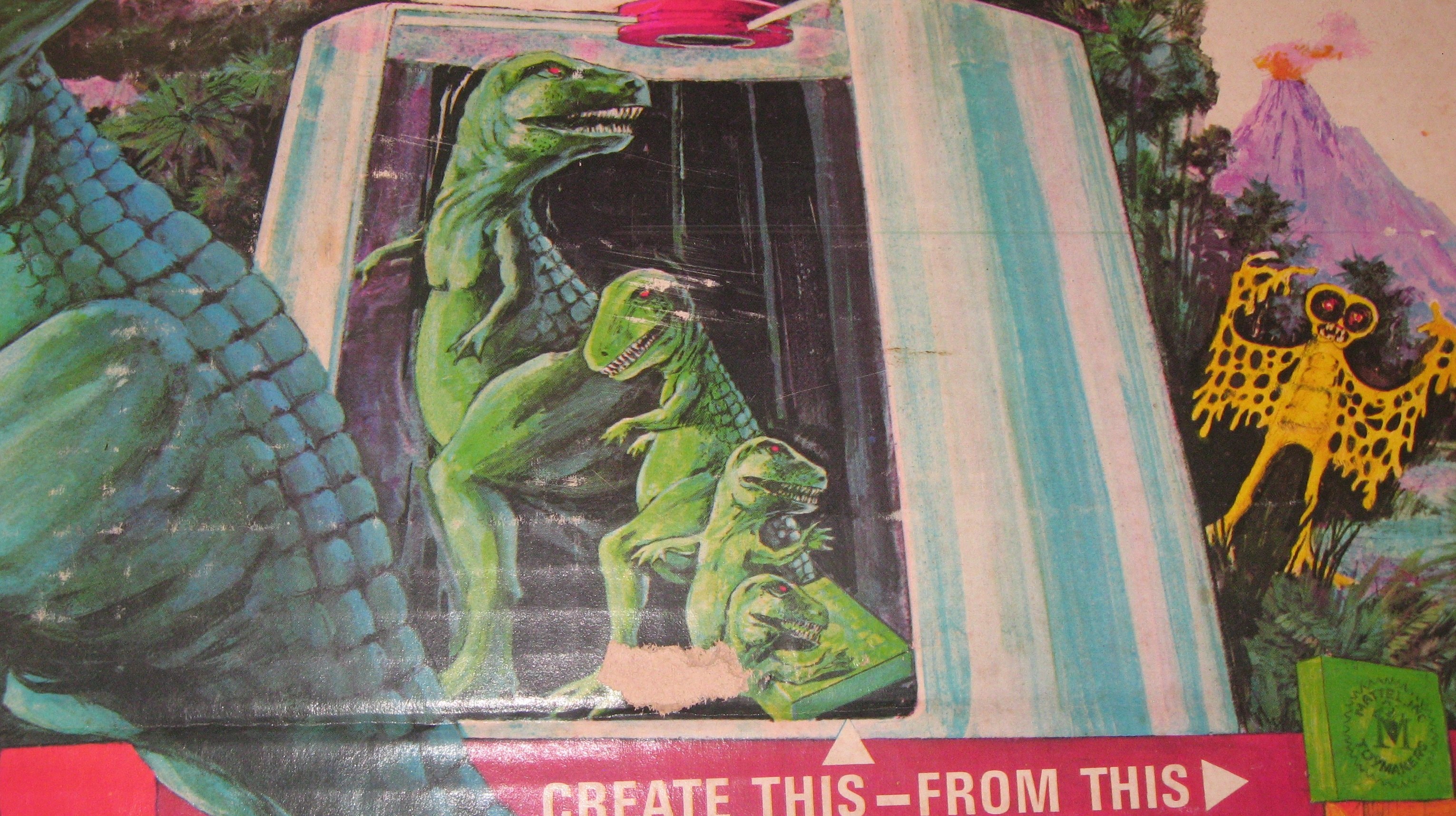 Today, I have no doubt that toy would be considered a fire hazard, and one capable of quickly causing injuries.

But I can also vouch that a few burned finger tips were a small price to pay to see ants, octopi, and other monsters spring to life before your eyes.

Below, you can see the original TV commercial for Mattel’s Strange Change Toy, and all the photos in this post are from my own personal Strange Change Machine, which is displayed proudly in my home office. 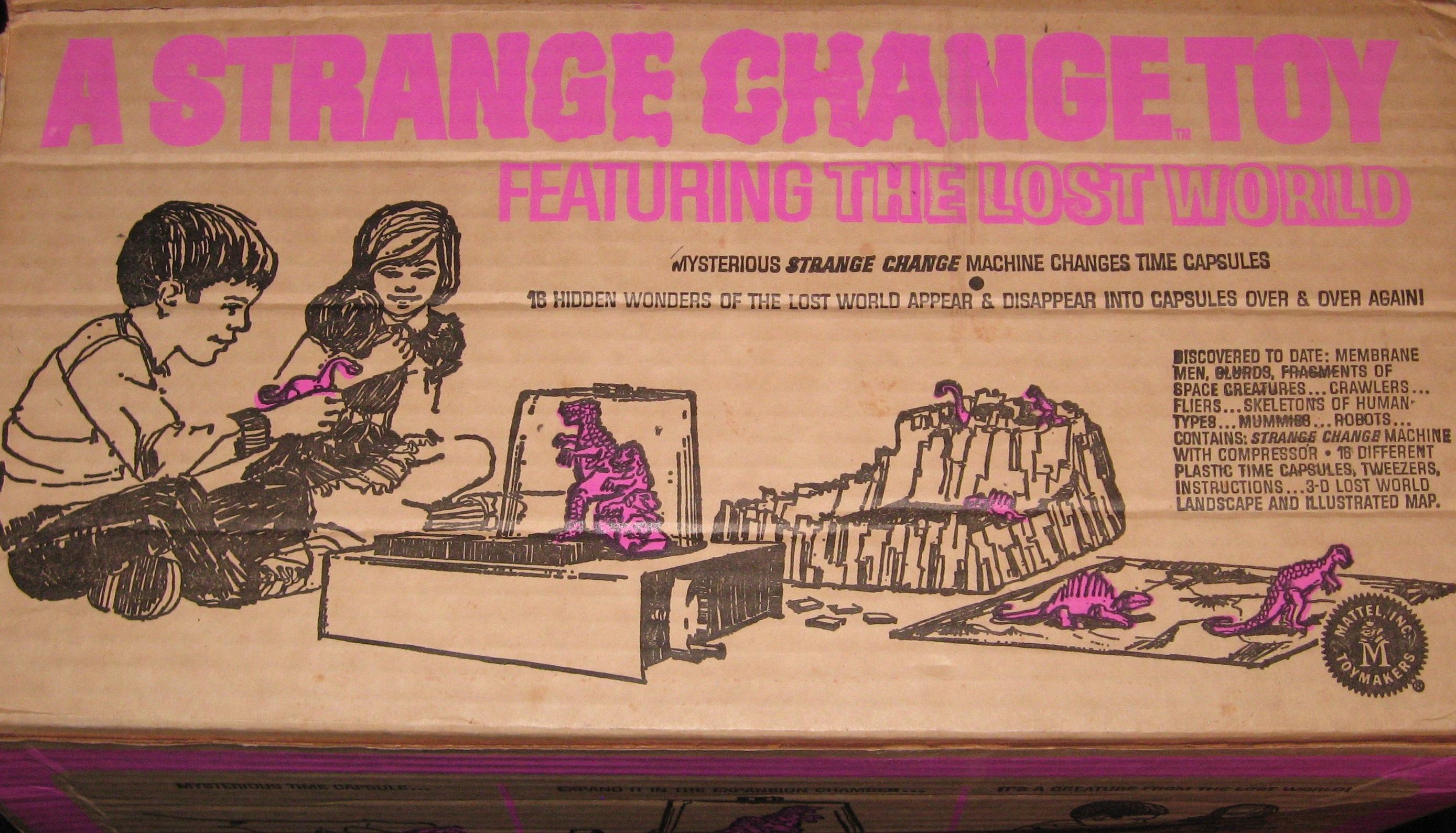