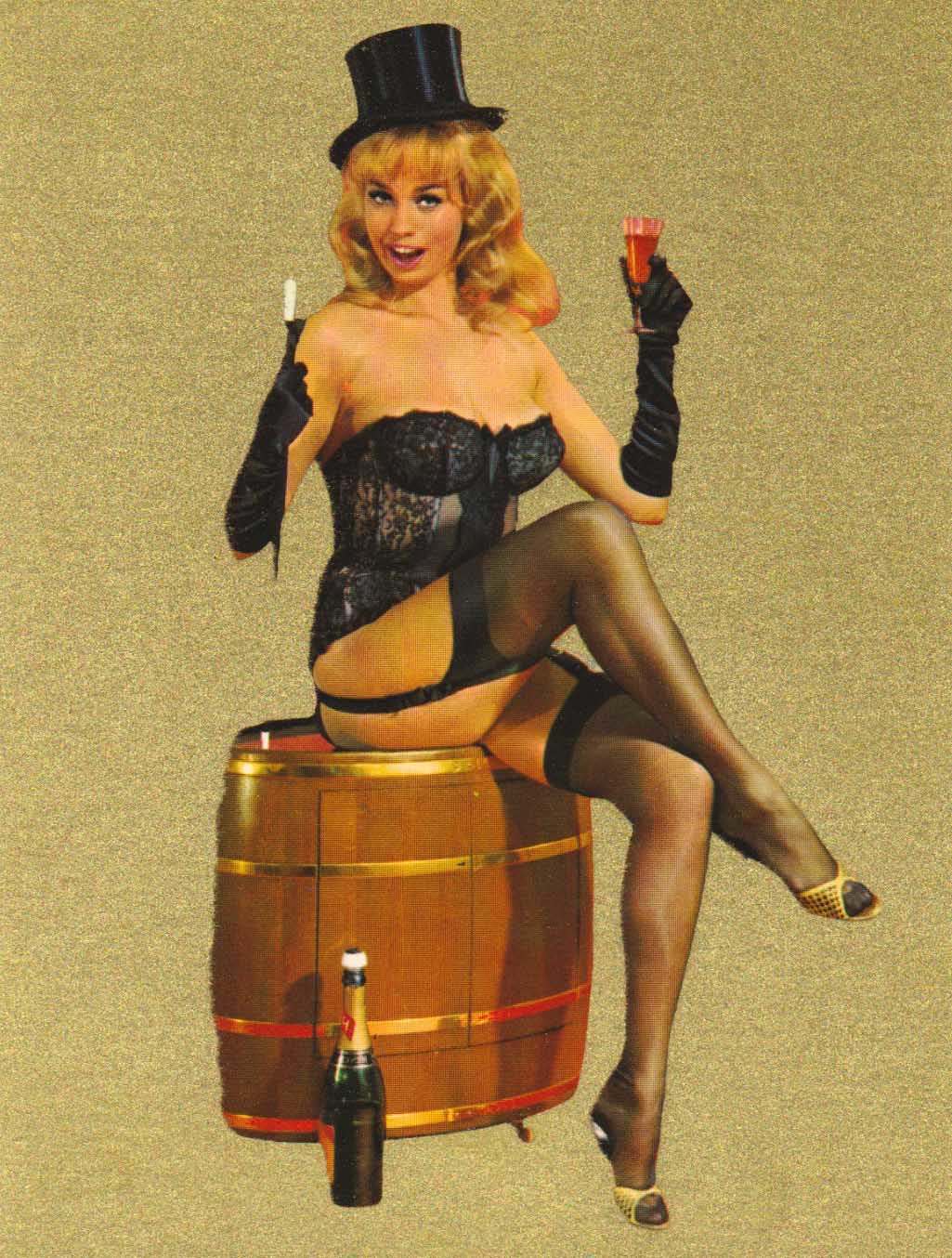 As we learned in Boozvertising Part 1, the art of selling alcohol is often a strange trip.  Almost without exception, there’s sexual overtones a plenty.  Plus, the worst thing an advertiser can do for an alcoholic beverage is make it appear boring – thus, there’s always a something wild (or even just a bit strange) to make things interesting.

So, we’ve ordered another round for your viewing pleasure.  Cheers! 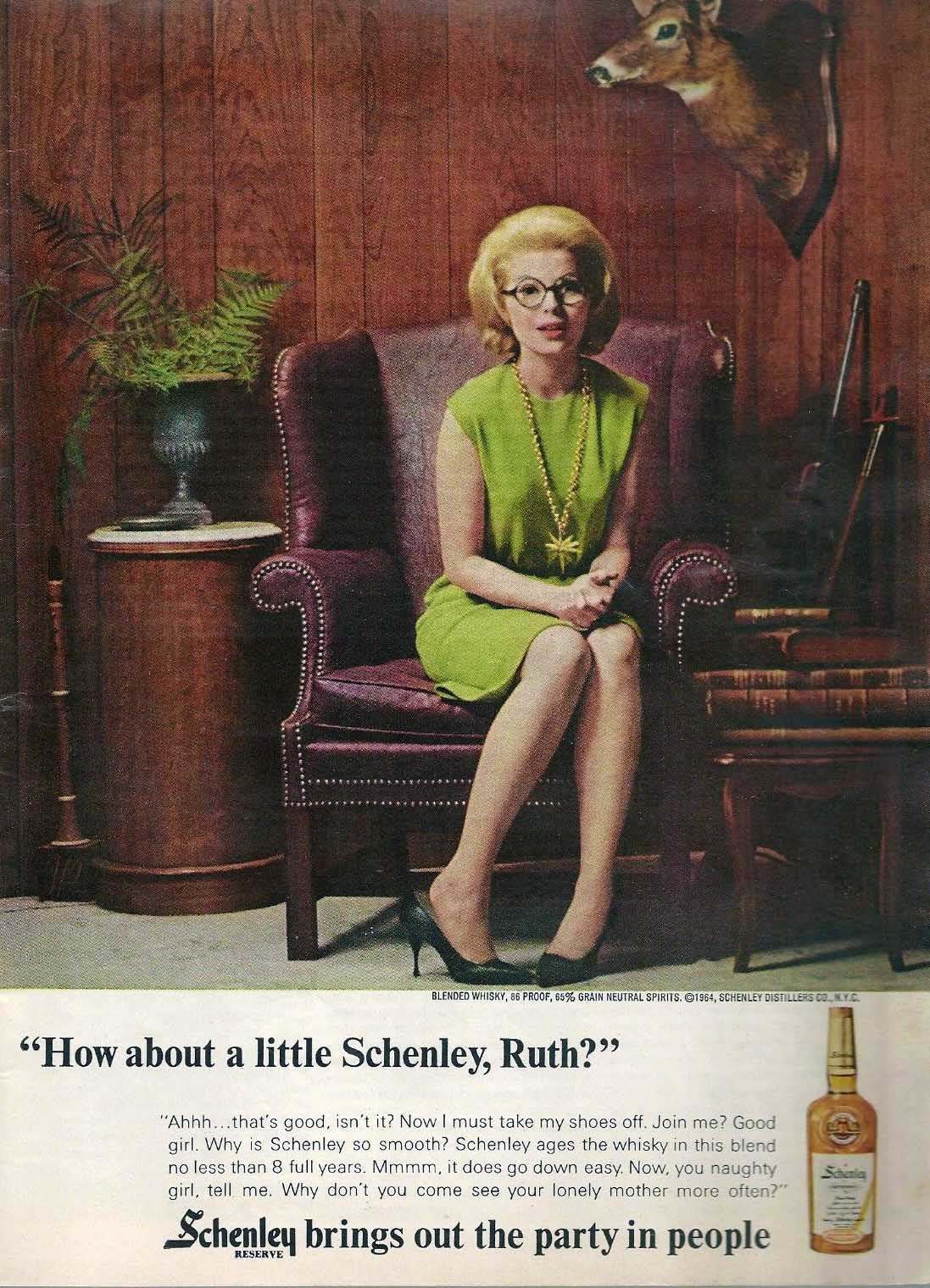 “Ahhh…. that’s good, isn’t it? Now I must take my shoes off.  Join me?  Good girl…… Mmmmmm, it does go down easy.  Now, you naughty girl, tell me.  Why don’t you come see your lonely mother more often?”

Is this a quote from Ruth’s mother?  There’s something vaguely disturbing about this whole situation.  Let’s move on, shall we? 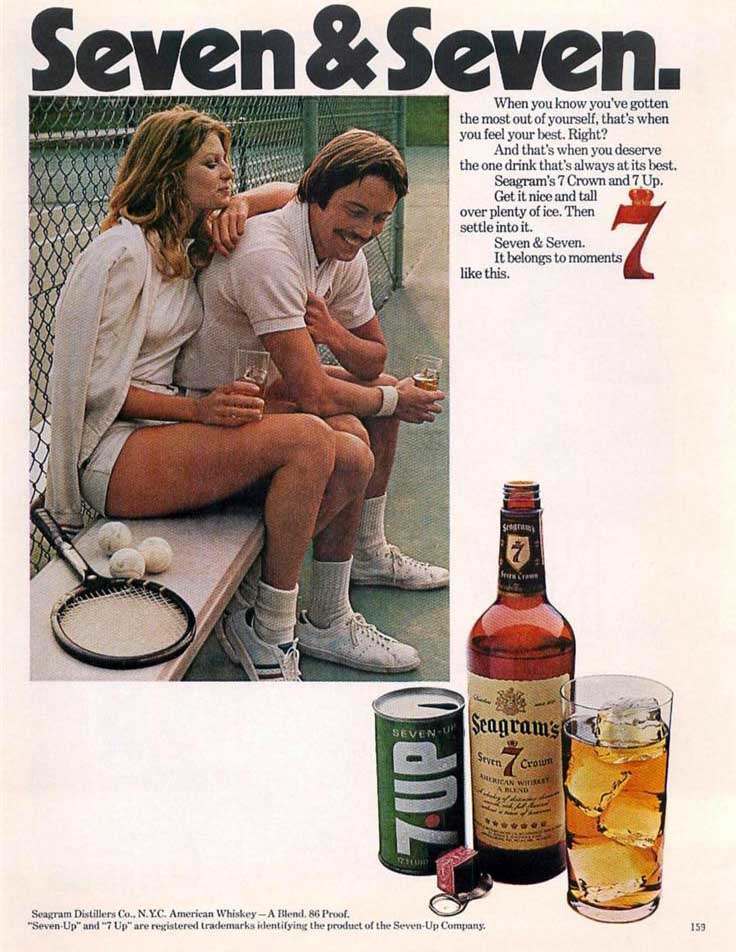 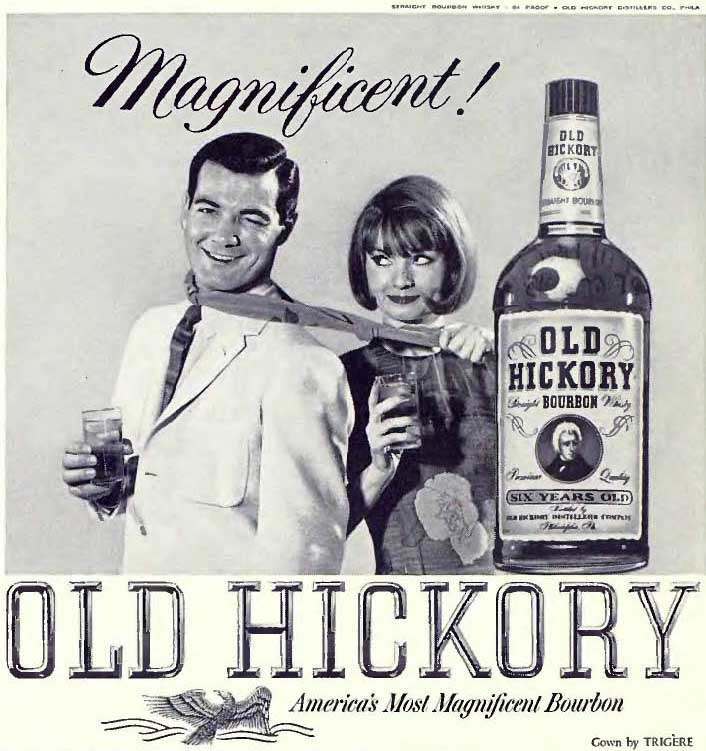 Nothing makes a swingin’ party better than a Bourbon named after America’s worst and most terrifying president. 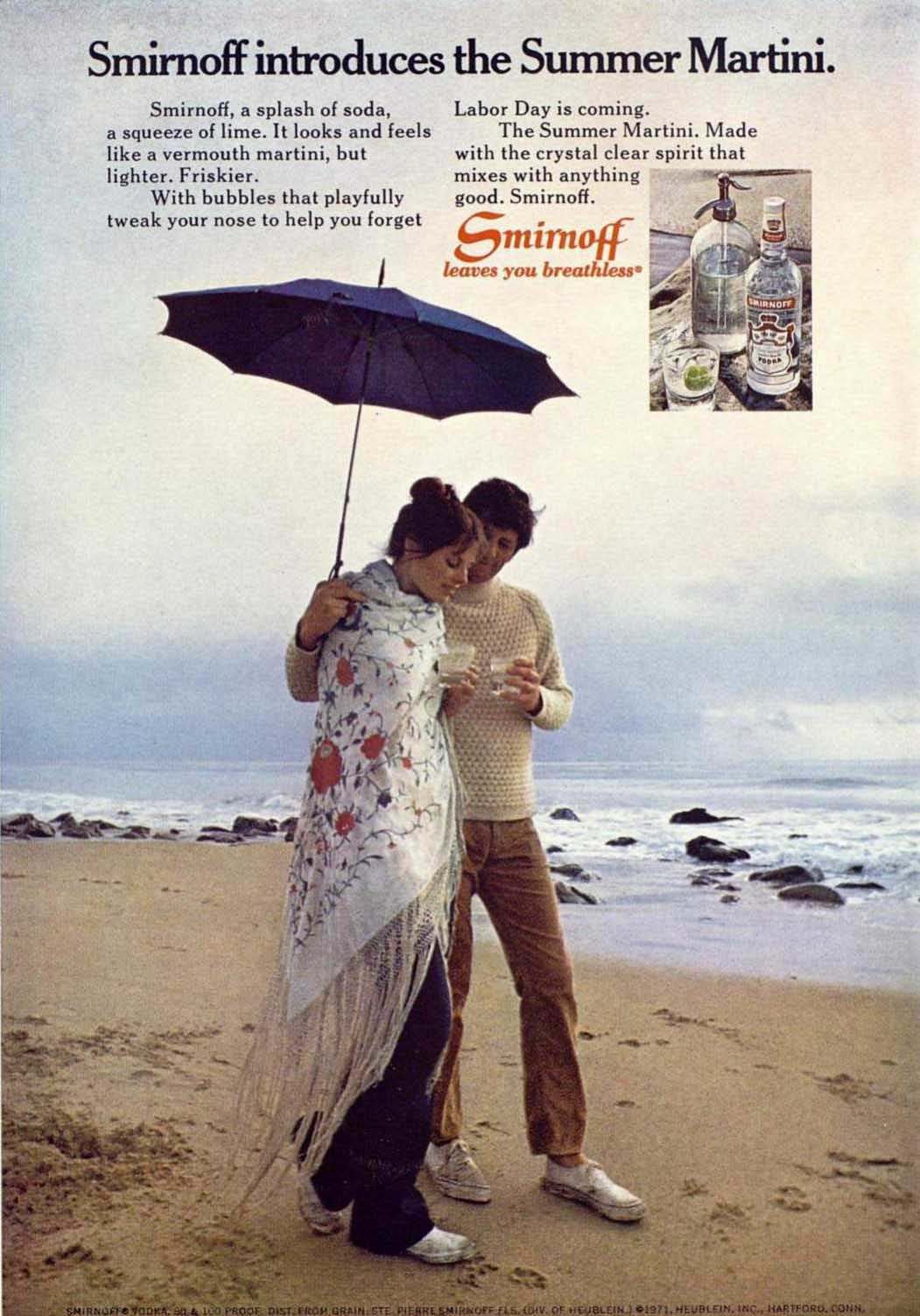 Once again, the official 1970s accessory, the shawl, rears its ugly head. 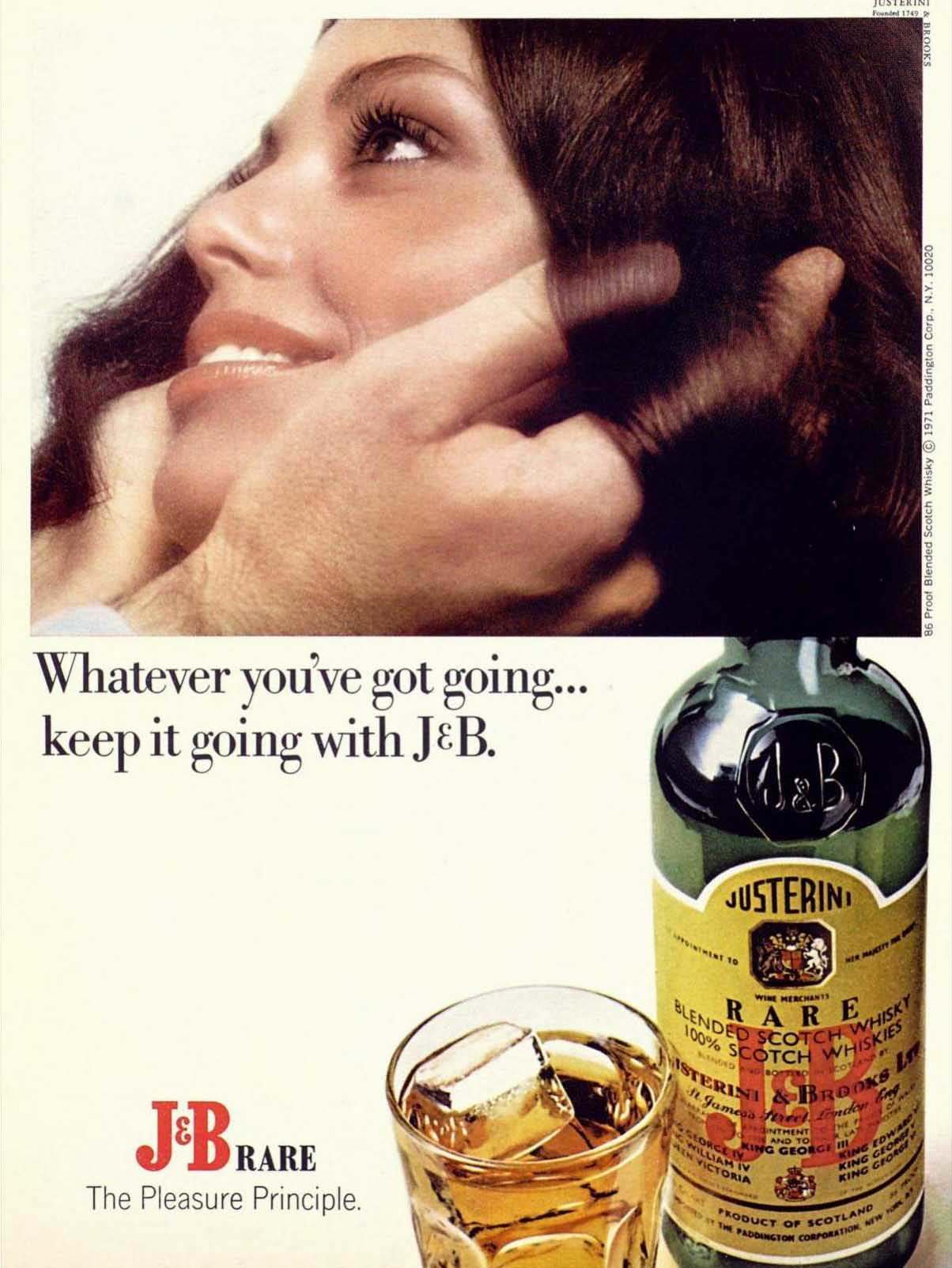 “Whatever you’ve got going… keep it going with J&B”

In other words – you’ve rounded 1st base…. insert a little Scotch, and you may round third. 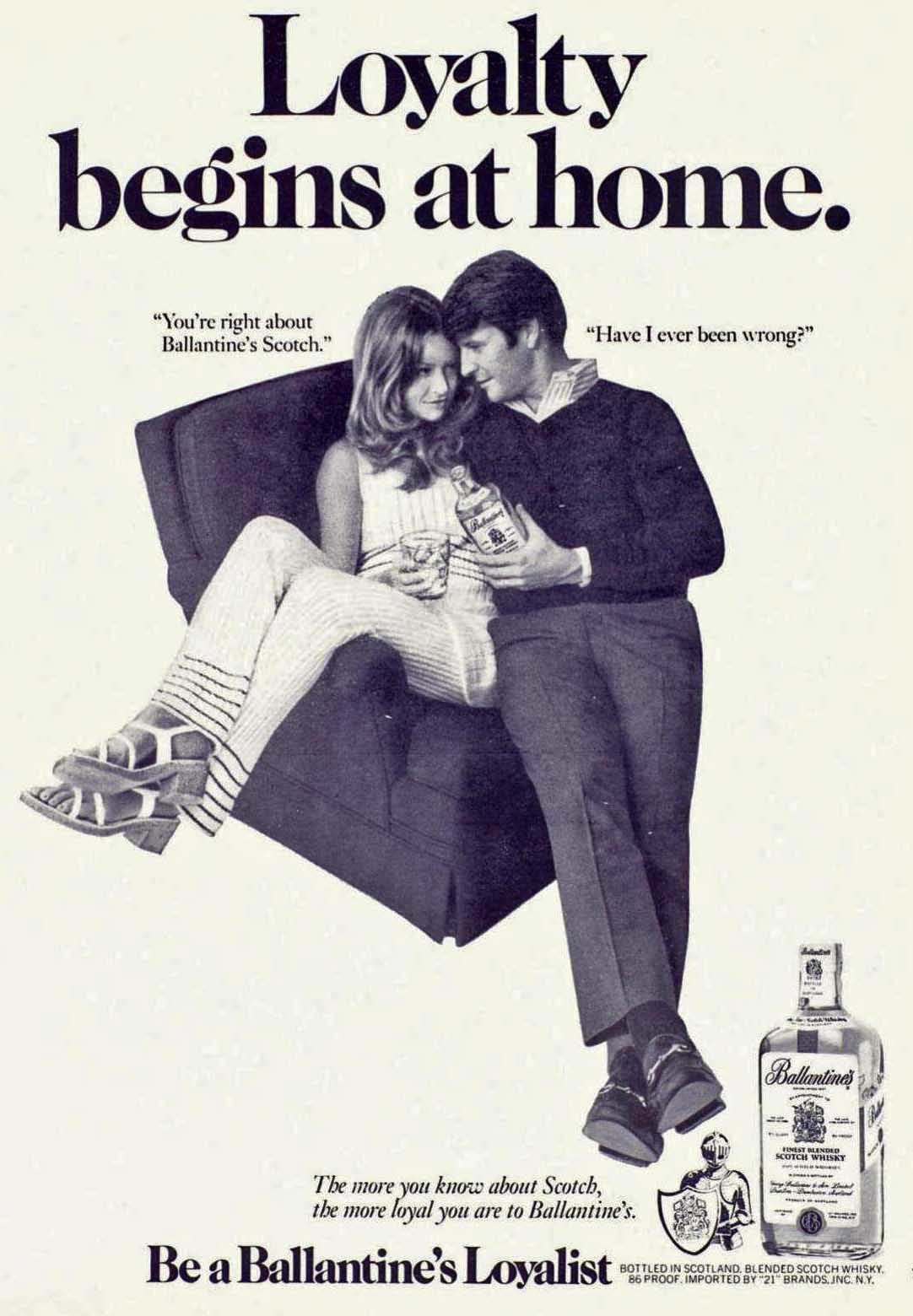 “You’re right about Ballantine’s Scotch”
“Have I ever been wrong?”

She understands the man of the house is never, ever wrong, and she shall forever be loyal to his male perfection.

“Orson Welles is the father.  And an acclaimed actor.  Rebecca Welles Moede is the daughter.  And an aspiring actress…”

Interesting that (at least according to IMDb) Rebecca, the aspiring actress, never acted in a single thing. 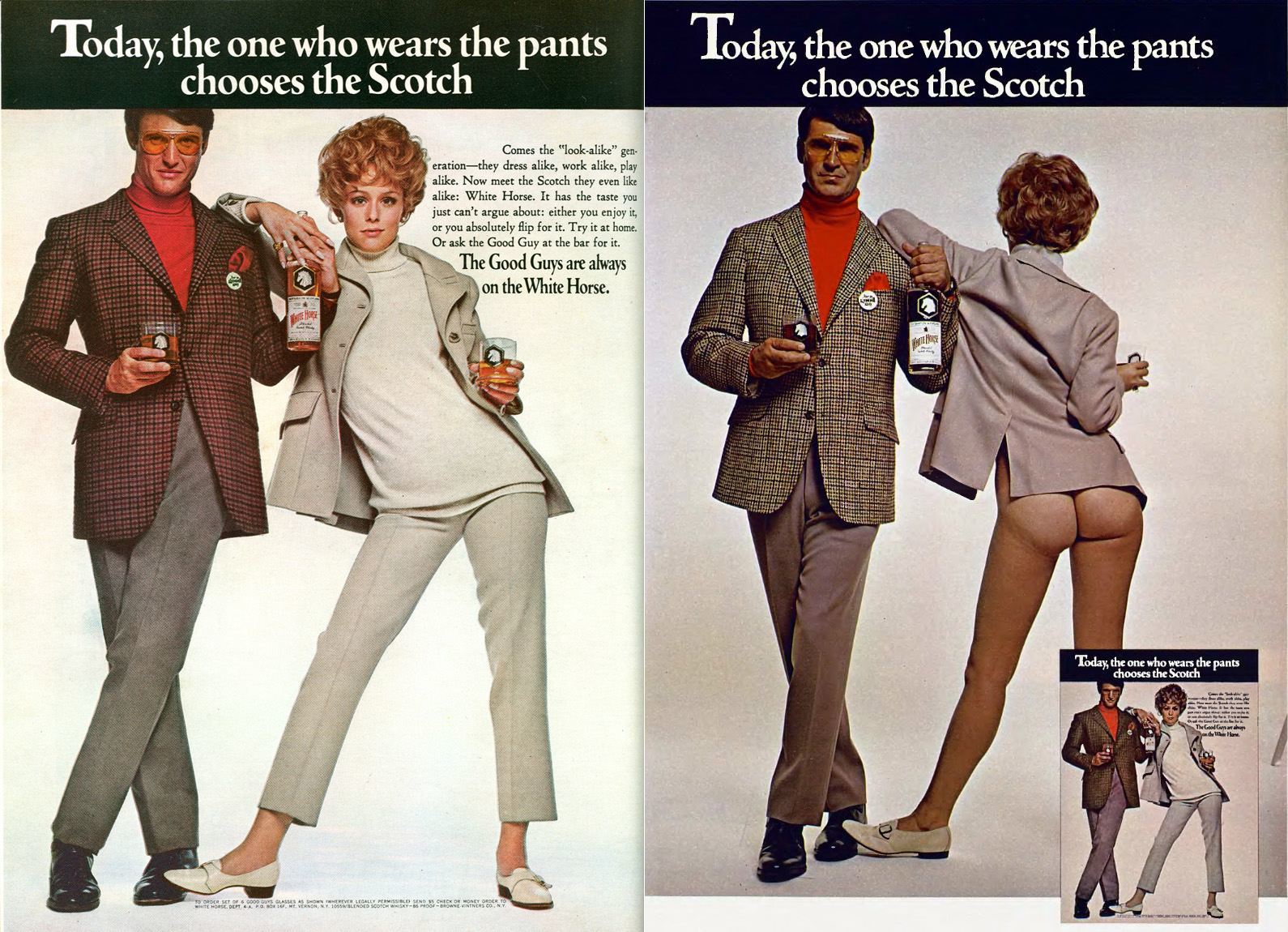 (Left) The iconic White Horse advert – obviously capitalizing on the “changing times” to sell their whiskey, which had been declining in sales.  (Righ) The version of the advert that appeared in Playboy. 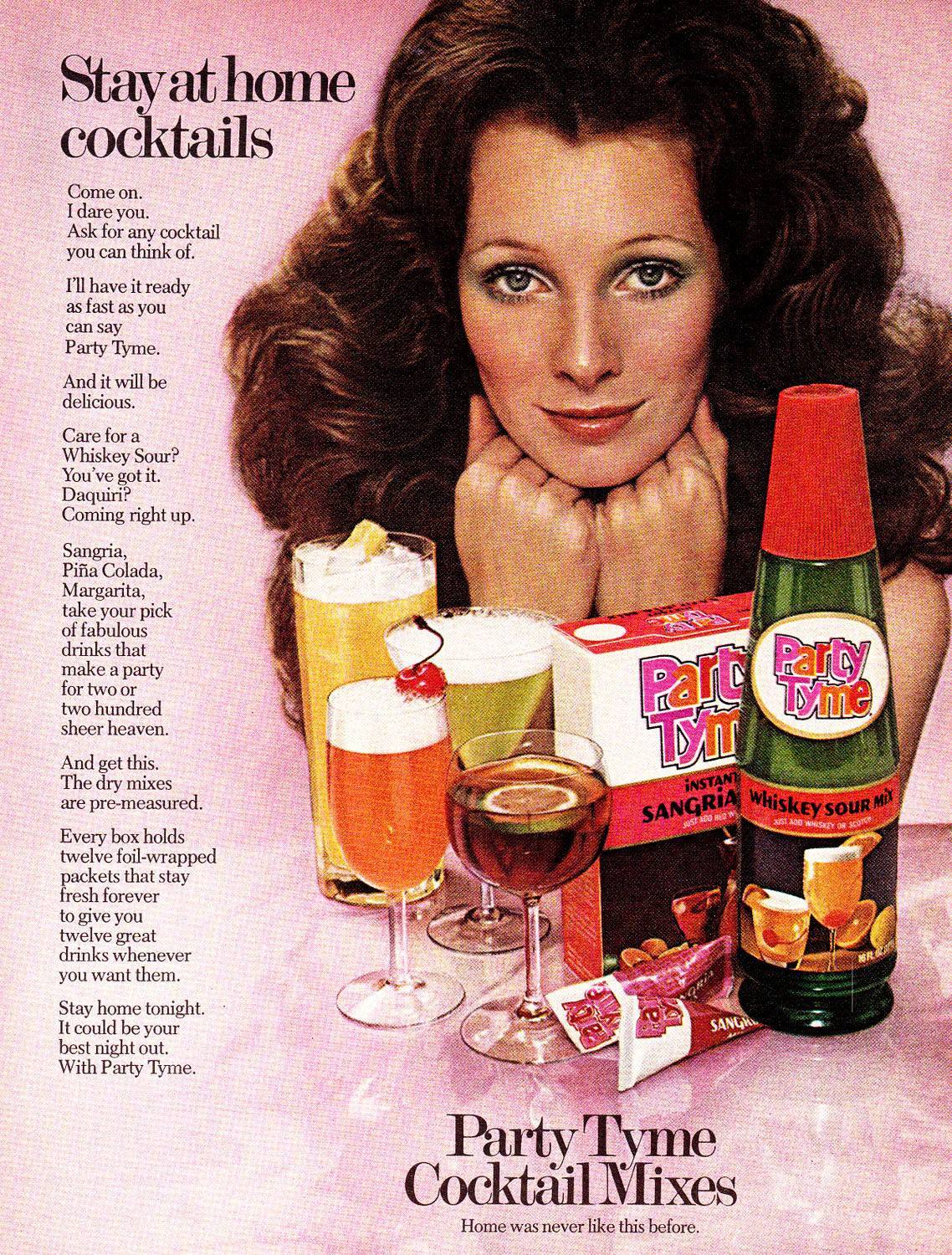 Is it me, or does the “Party Time” font seem like it belongs on a box of children’s cookies, not cocktail mixes? 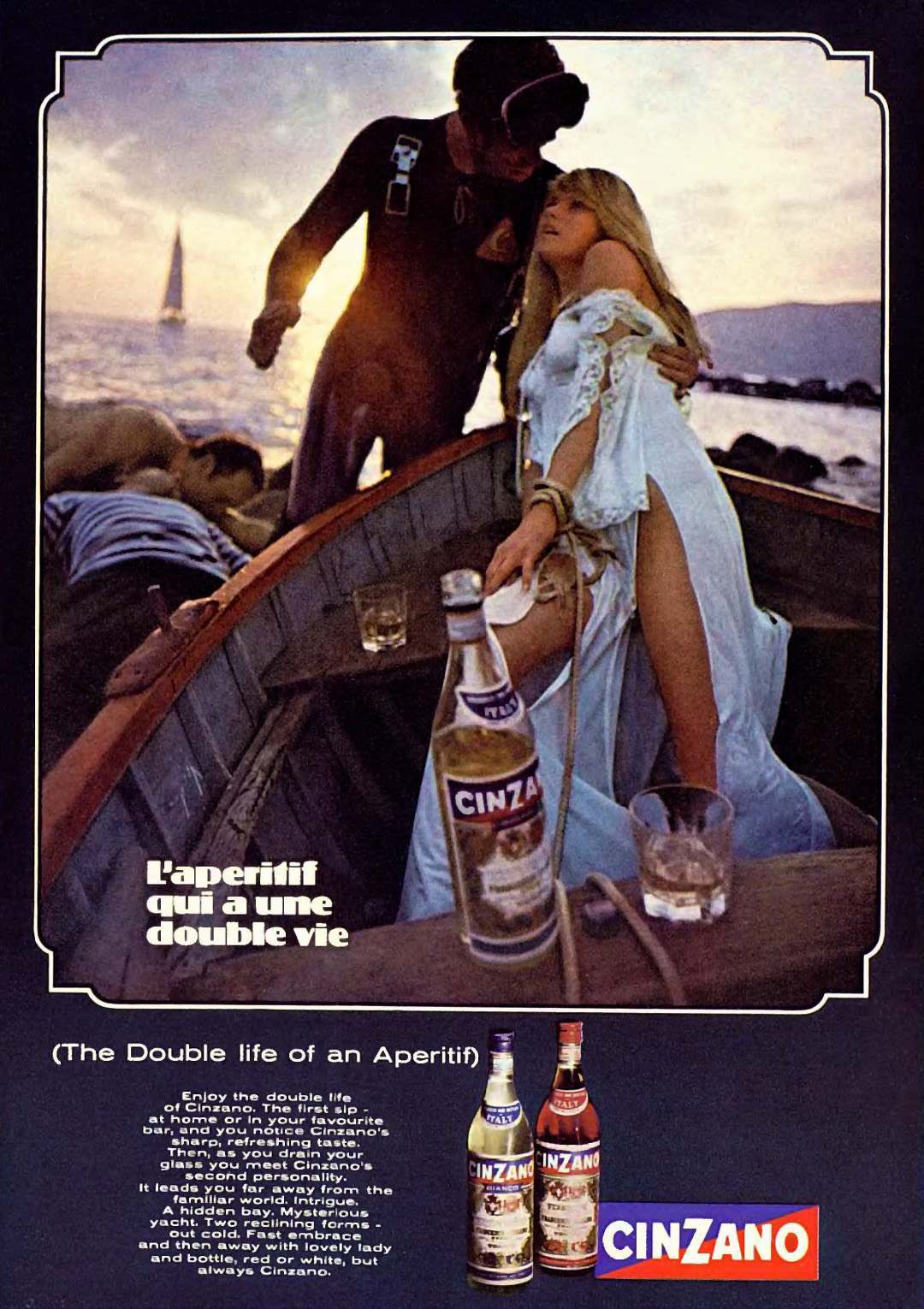 “Enjoy the double life of Cinzano.  The first sip – at home or in your favourite bar, and you notice Cinzano’s sharp, refreshing taste.  then, as you drain your glass you meet Cinzano’s second personality.  It leads you far away from the familiar world.  Intrigue.  A hidden bay.  Mysterious yacht.  Two reclining forms – out cold.  Fast embrace and then away with lovely lady and bottle, red or white, but always Cinzano.”

Wow.  Was one of Cinzano’s secret ingredients lysergic acid?  Cinzano’s “second personality” sounds like quite a trip.