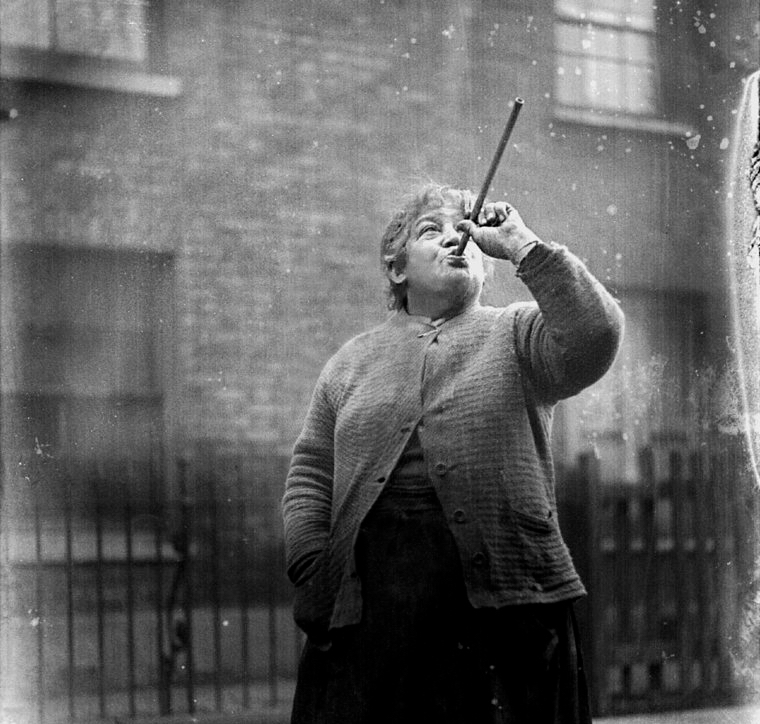 The ability to set multiple alarms on multiple devices makes getting out of bed a fairly straightforward ordeal. Most people don’t need additional labour to get the job done. For many workers in early 20th century Britain, the daily alarm clock was a service worker, like the postman. Known as the “knocker-upper” these predawn risers would pass by working-class buildings, rapping on the windows of those who needed to get up.

Rural laborers, used to keeping time with the seasons, relocated to manufacturing towns and cities at significant rates. They not only had to adjust to dangerous, fast-paced industrial work, but to new schedules. Night shifts in factories disturbed circadian rhythms; dock work in London depended on the movement of the tides. There were alarm clocks at the time, but they were expensive and unreliable.

Some workers might only find out they’d been called in for a shift from the knocker-upper that morning. Such was the case for many clients awakened by Doris Weigand, Britain’s first railway knocker-upper (below in 1941). Conditions could be cutthroat. “In London’s East End,” Paul Middleton writes “where life for the employed was forever balanced on a knife edge, being late for work could mean instant dismissal and a speedy spiral for those workers and their family into poverty, homelessness and destitution.” 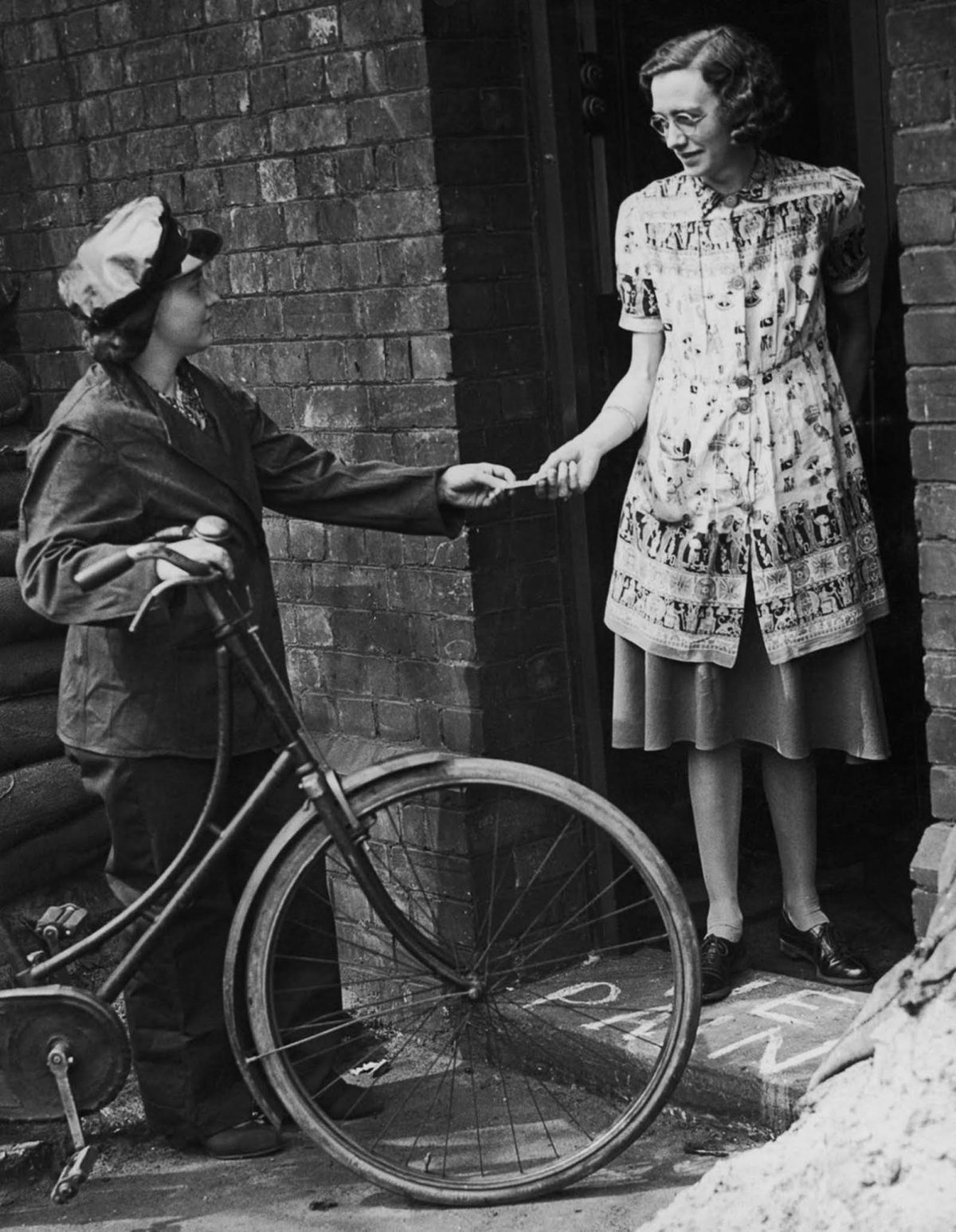 Knocker-uppers used canes, long batons, and even pea shooters. The most famous knocker-upper, Mary Smith (at the top, in 1931), employed the latter method, and “became a beloved presence… around London’s East End in the 1930s,” notes Atlas Obscura:

John Topham, who snapped photos of Smith in action, remembers “every morning but Sunday she would rise at three to ‘knock up’ local workers—using a pea shooter. She charged sixpence a week and her nearest competition was an old man three miles away who did the same job using a fishing rod to tap on upstairs windows.”

Smith was known for the rapping, clacking sound of her peas against windows and doors. In the children’s book Mary Smith, she’s depicted as waking up everyone from fishmongers to the mayor. She was often seen “beating her mats on the street, calling out greetings to her neighbours,” and offering people, Topham included, a cup of tea.

Though it wasn’t a physically demanding job, and there have, of course, been far worse, the lives of the knocker-uppers—often older people, and sometimes off-duty policemen—were not appreciably easier than the people they awakened. They were paid little and were frequently met by verbal abuse. Unlike a hotel wake-up call, knocker-uppers had to keep pestering their clients until they got out of bed. 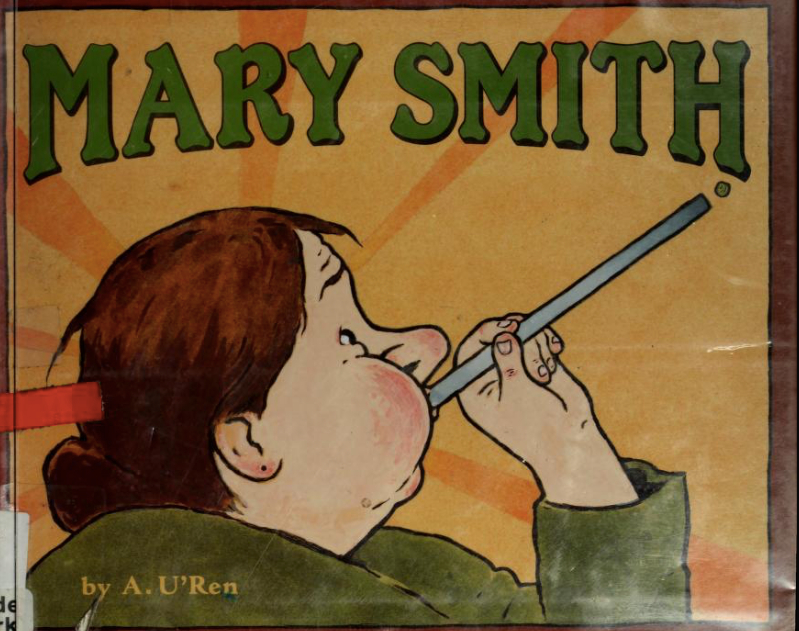 Smith herself, subject of A. U’Ren’s children’s book, who was born in 1865 and followed her mother into the profession, had what we would surely consider a difficult life. She bore sixteen children, only two of whom survived into adulthood. The job went obsolete around a hundred years after it was invented, as alarm clocks became more affordable and reliable and working conditions improved. Smith died in 1940, a legend in a profession that seems so wholly unnecessary now it’s hard to imagine it once existed. 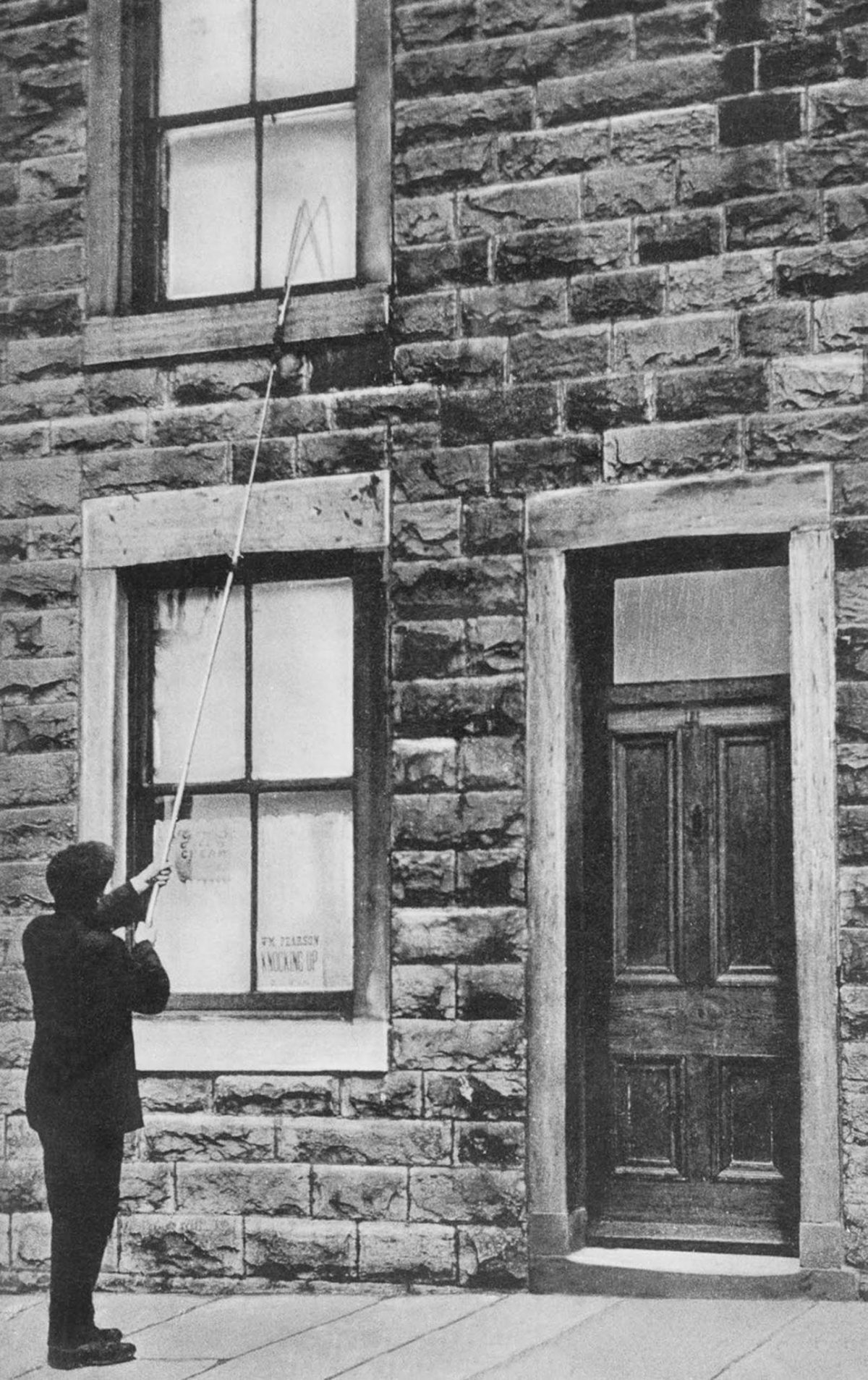 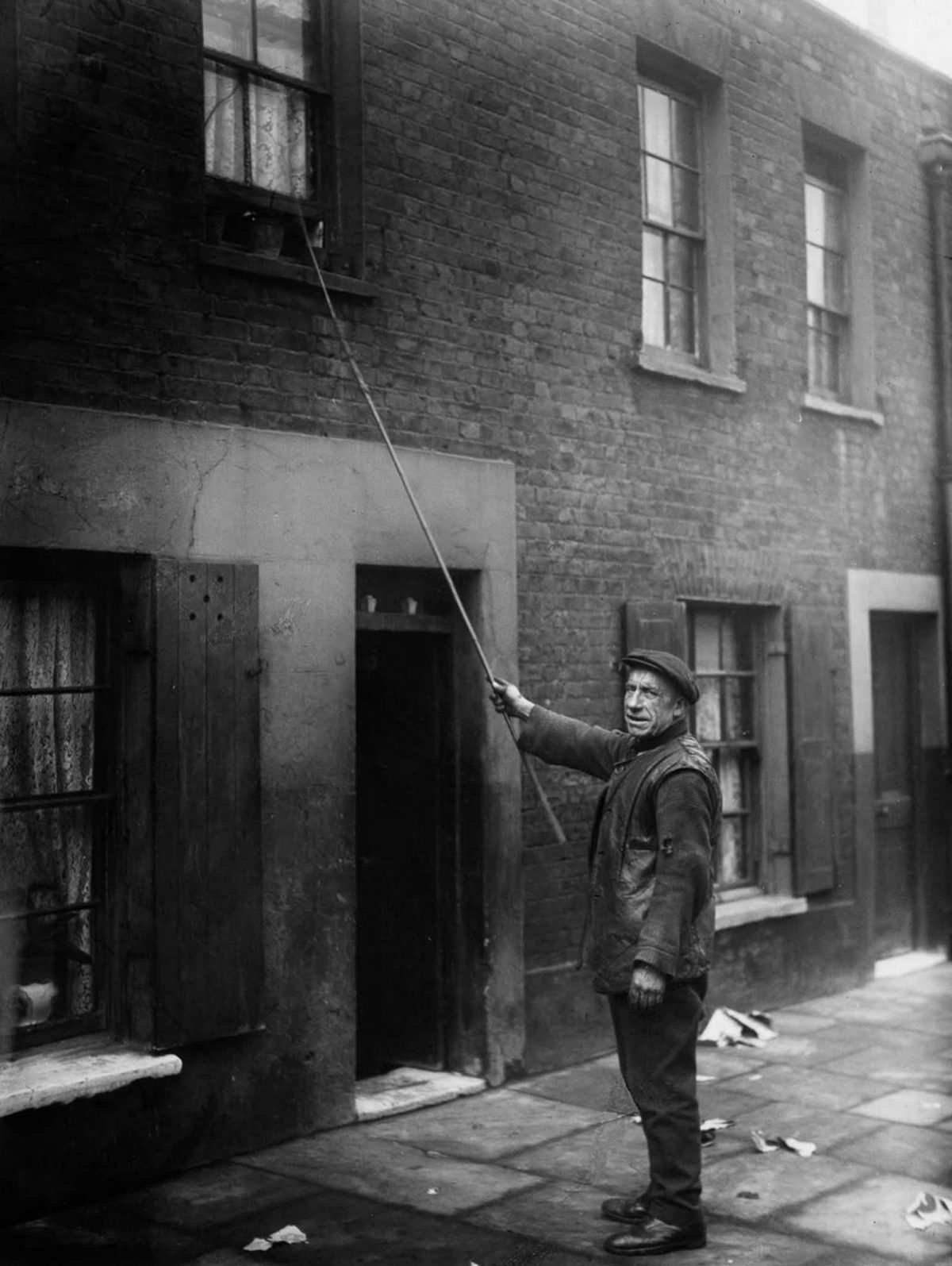 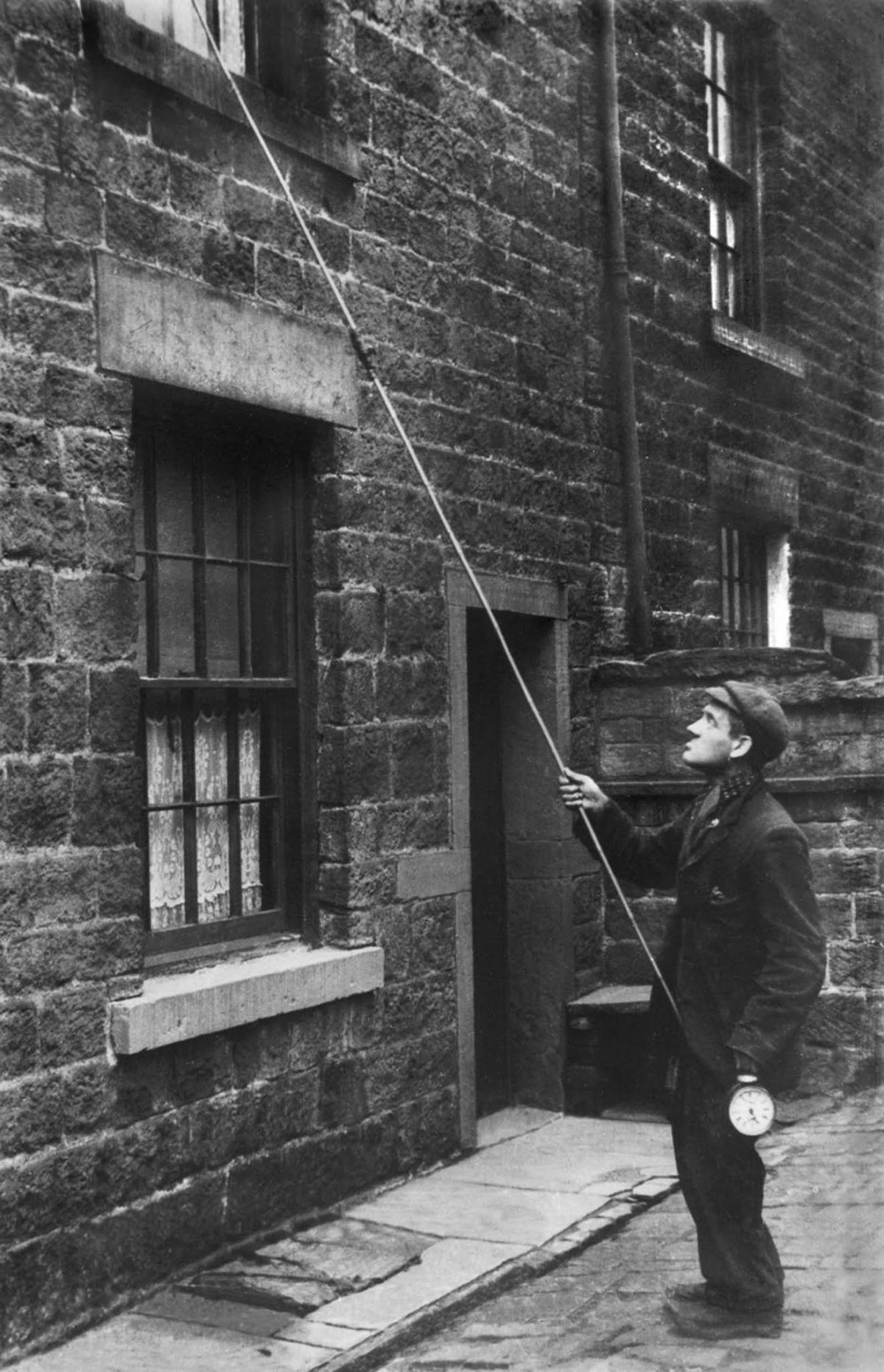 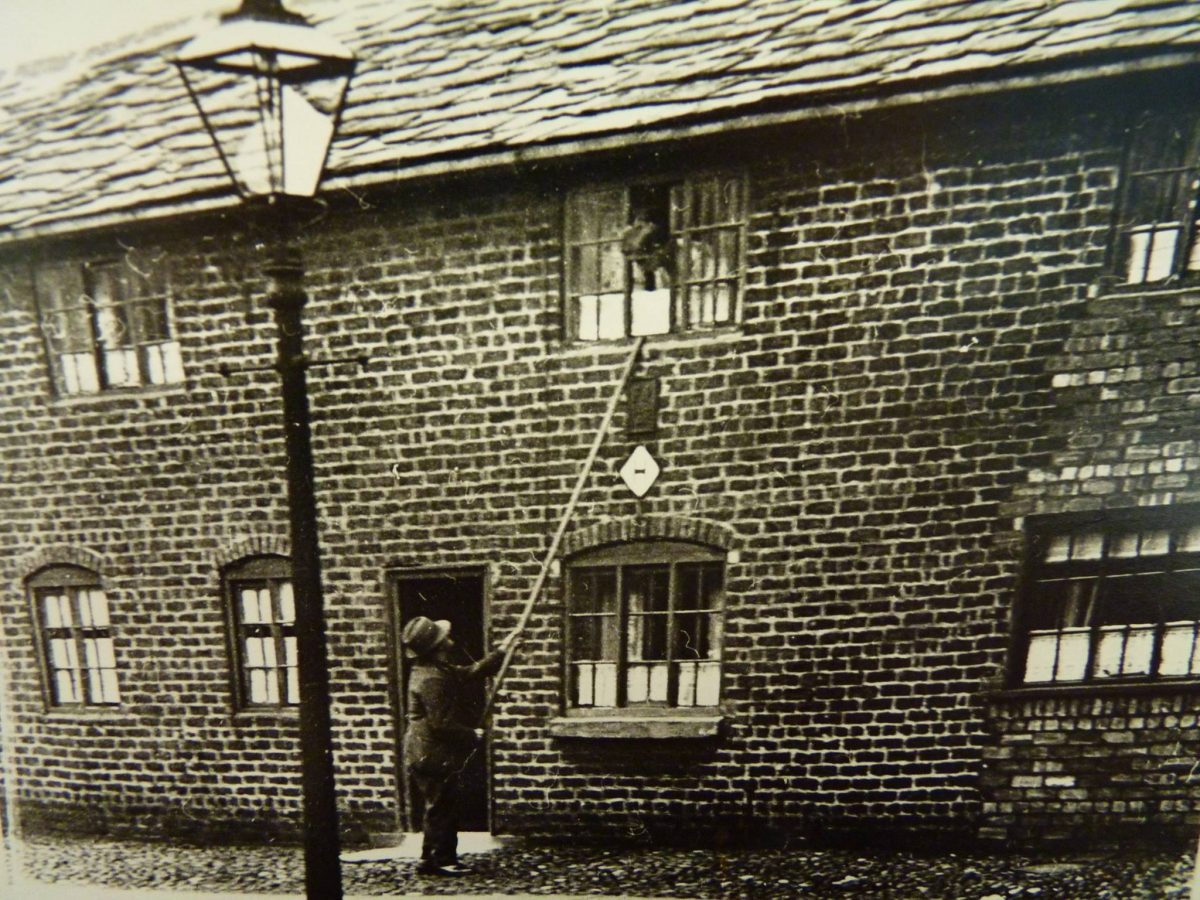 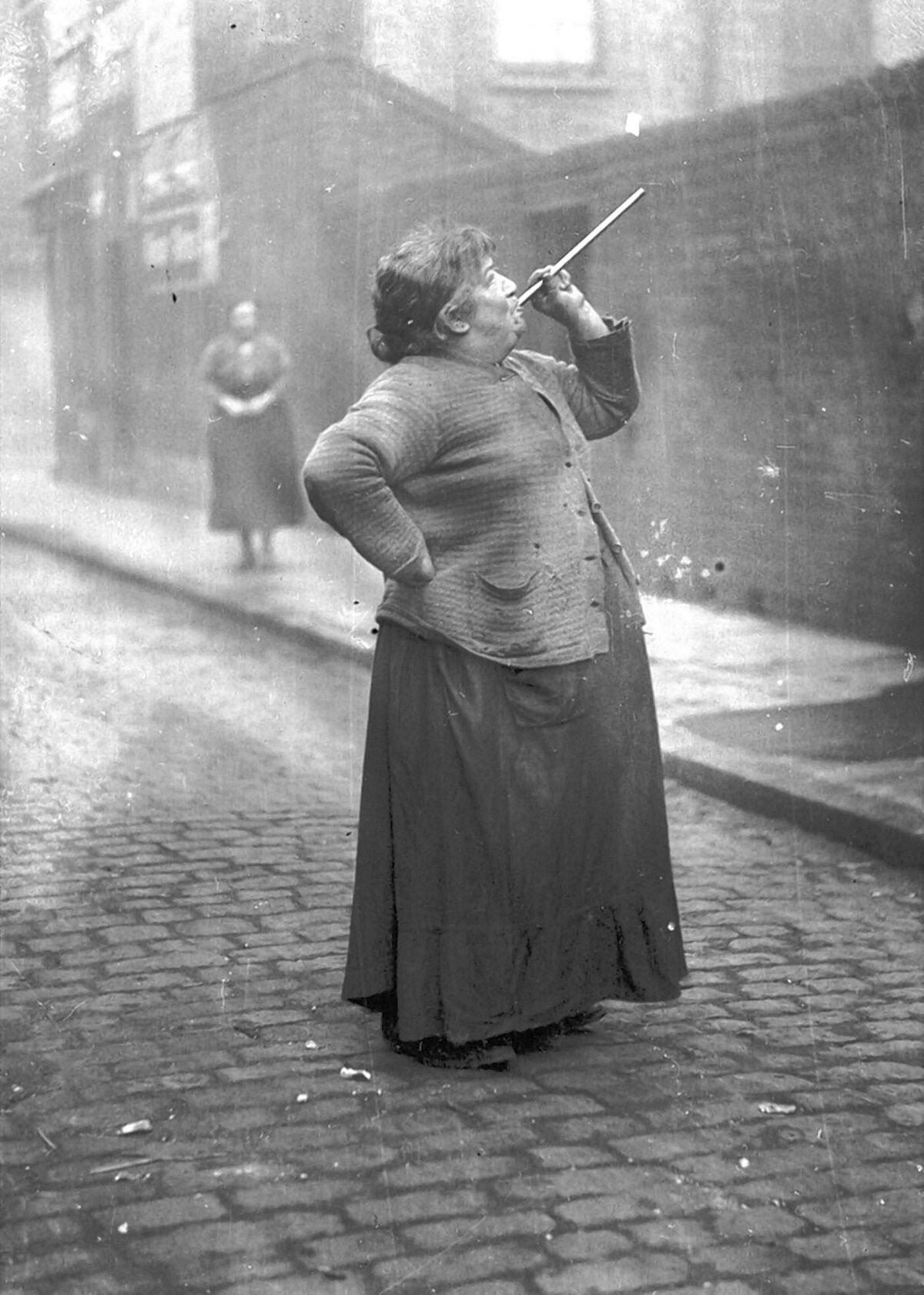