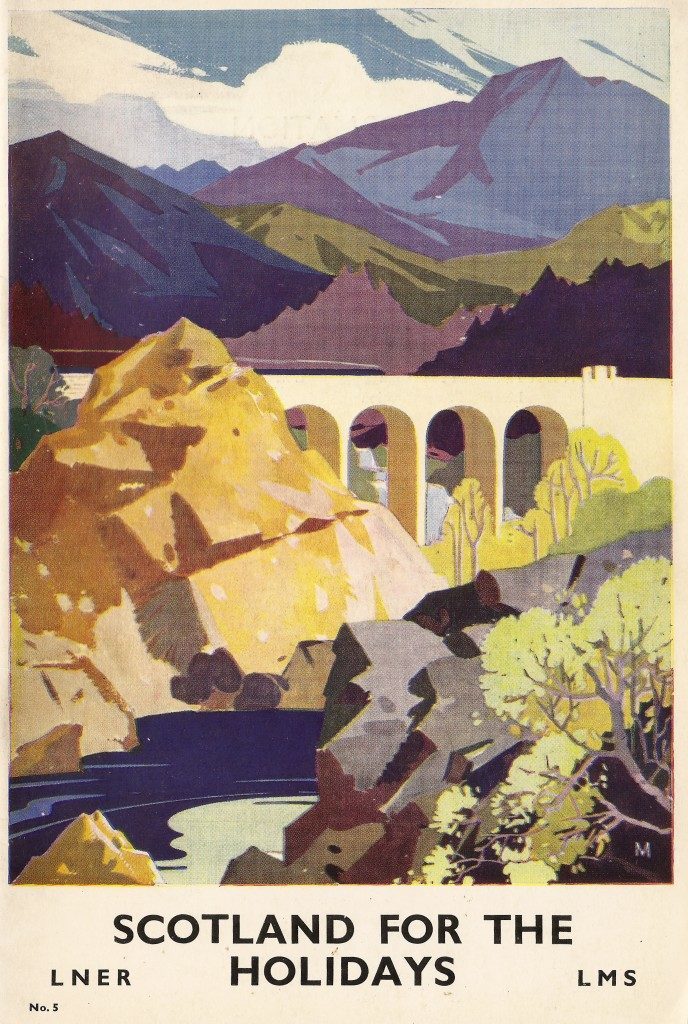 The London, Midland and Scottish Railway (LMS) and the London and North Eastern Railway (LNER) were the two largest of the “Big Four” railway companies by the Railways Act of 1921. In fact the LMS was the world’s largest transport organisation, the largest commercial undertaking in the British Empire and the United Kingdom’s second largest employer, after the Post Office.

Under the Transport Act 1947 both the LMS and the LNER were nationalised becoming part of the state owned British Railways.

Each year, in the thirties, both the companies produced a “Scotland for the Holidays” brochure beautifully illustrated each year by a different artist. 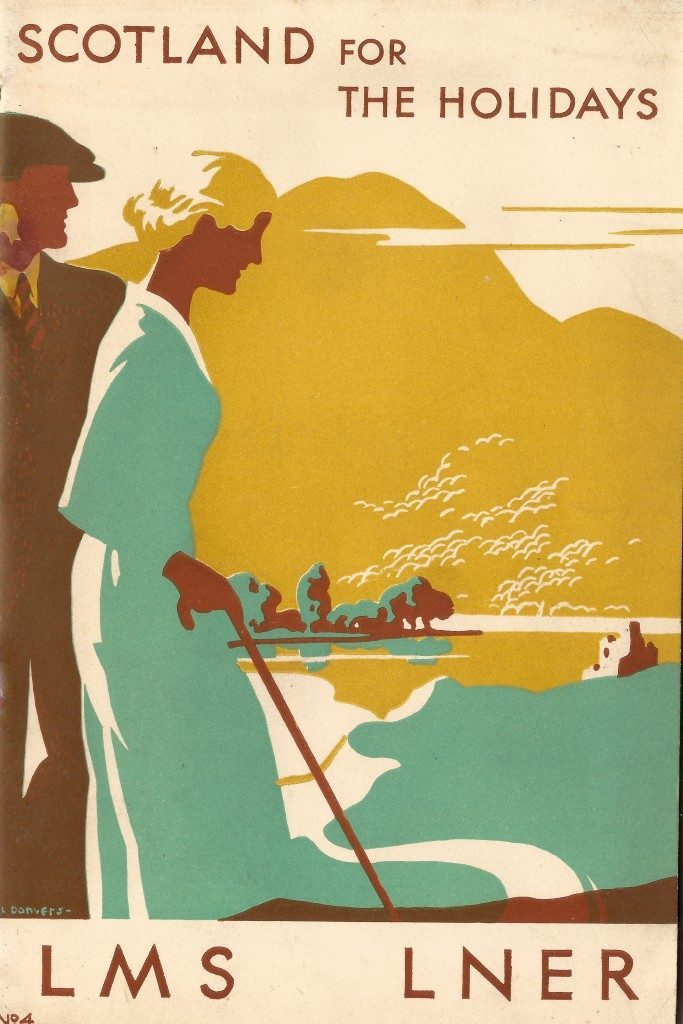 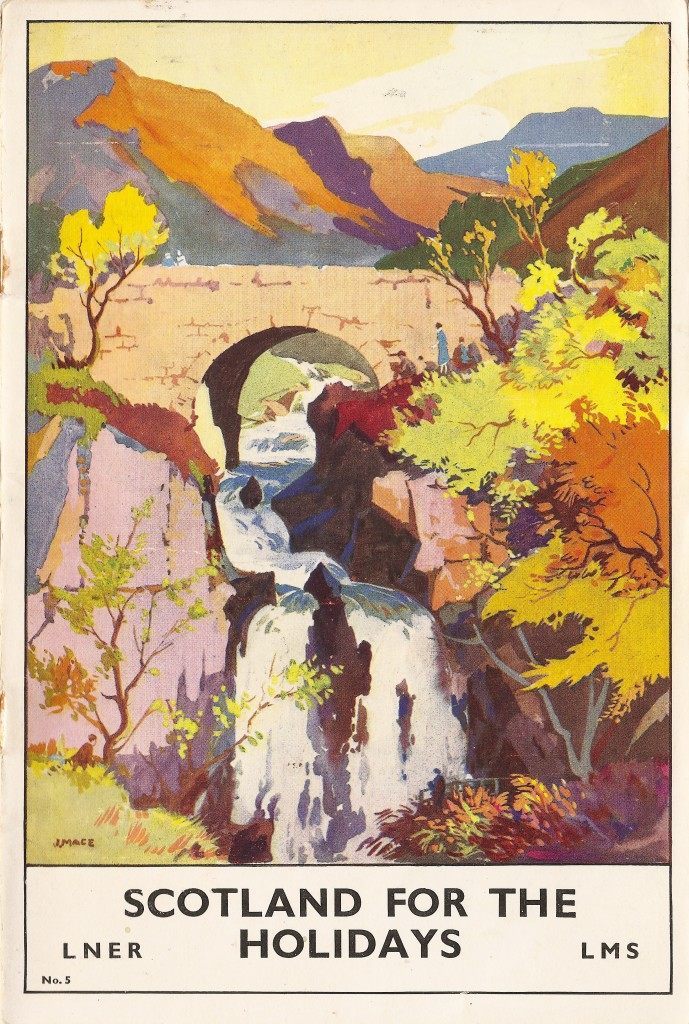 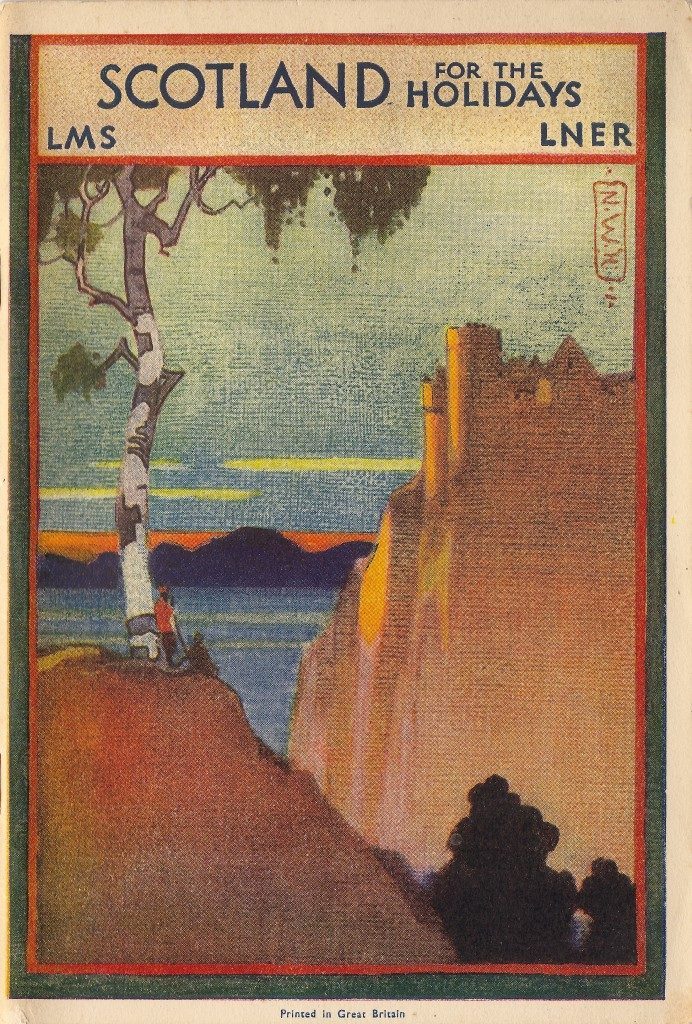 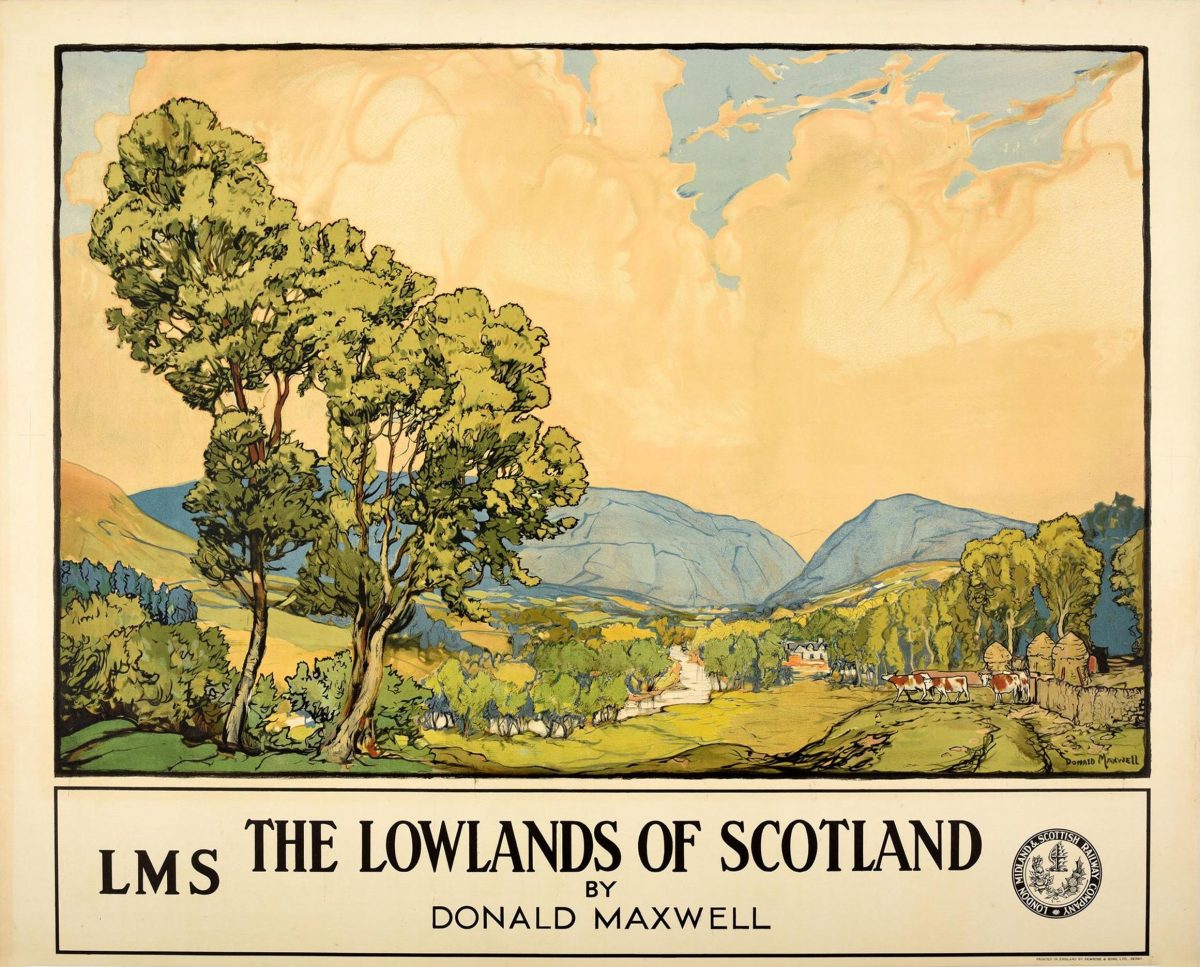 The Lowlands of Scotland featuring a scenic countryside view by Donald Maxwell c.1930 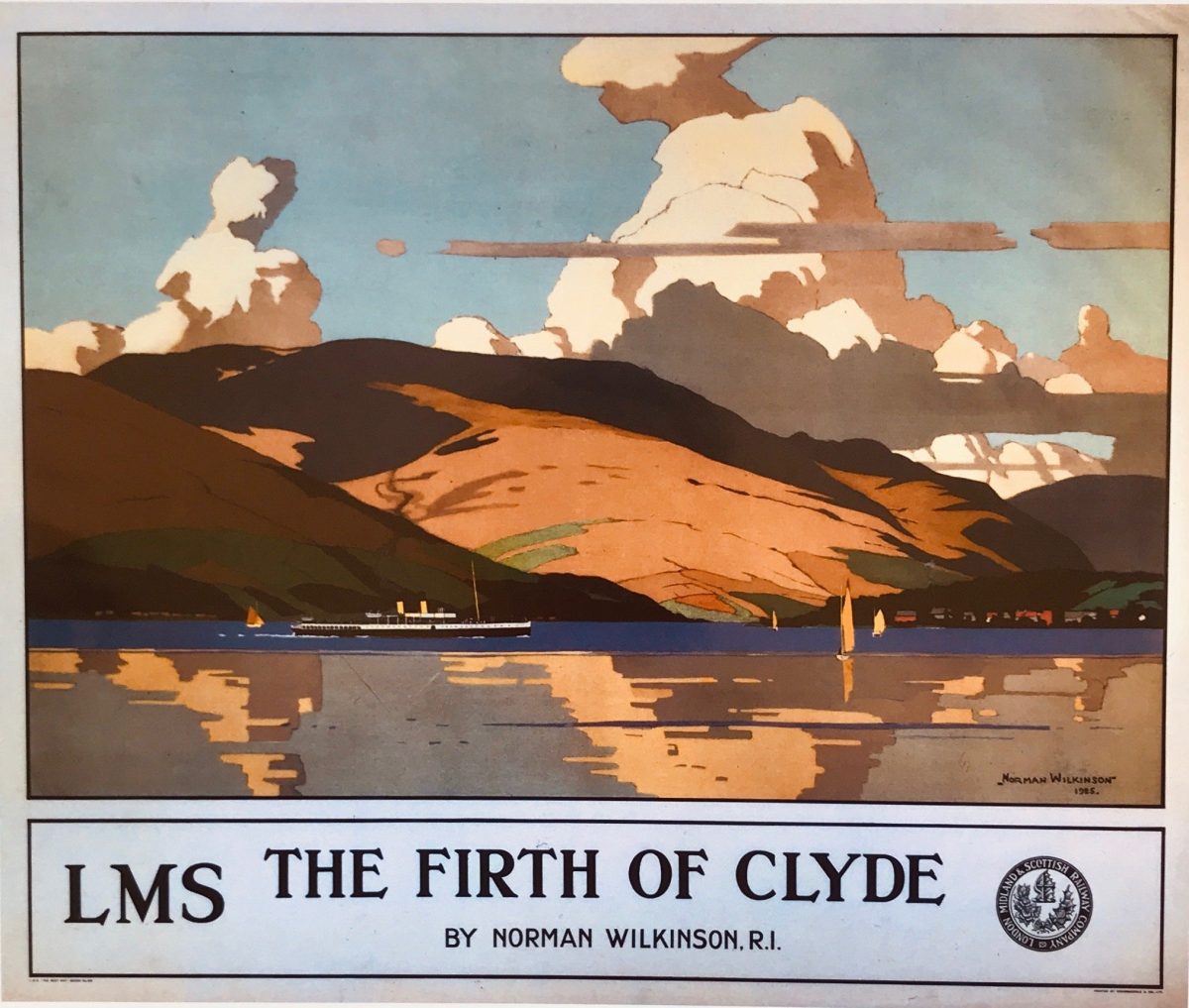 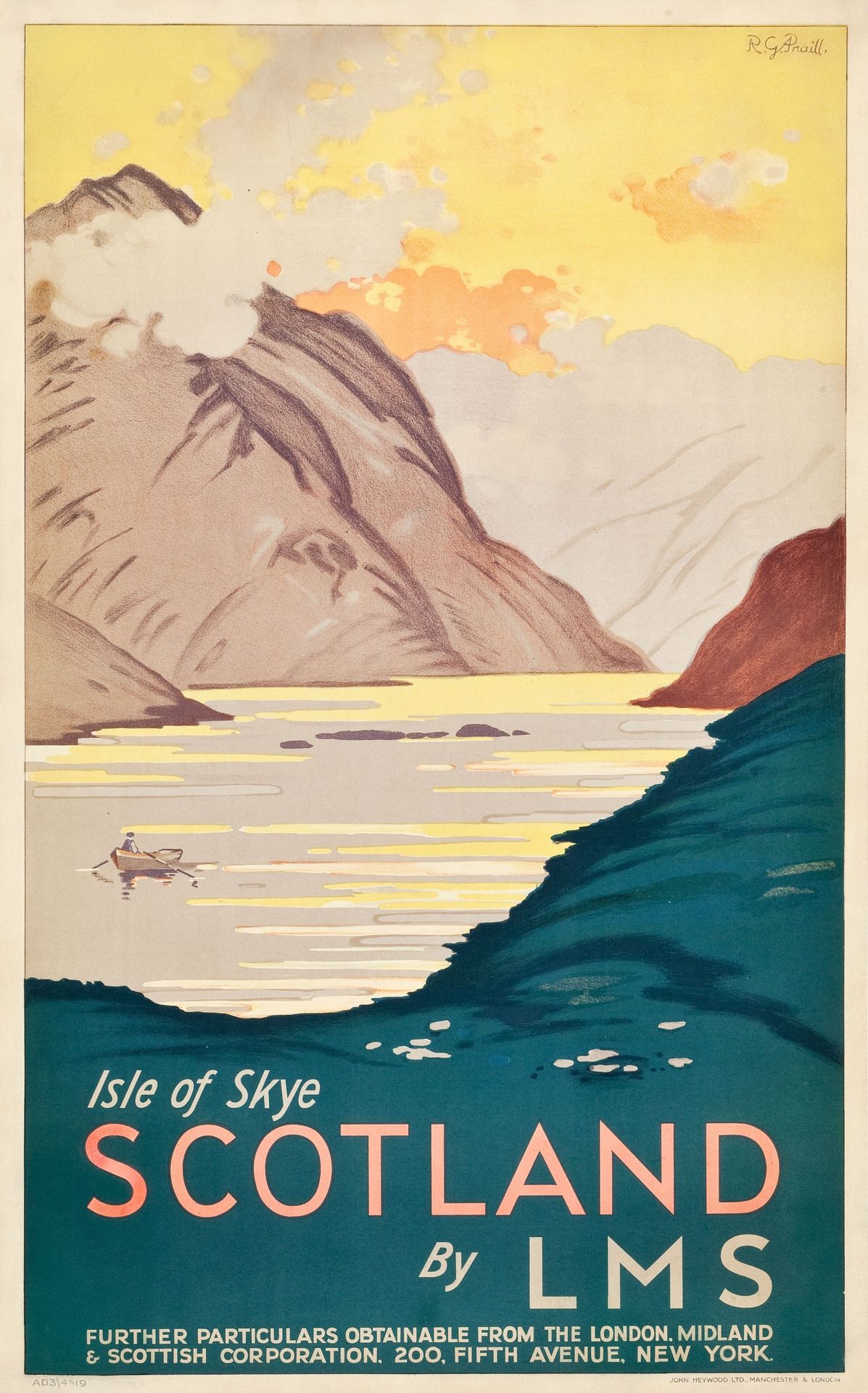 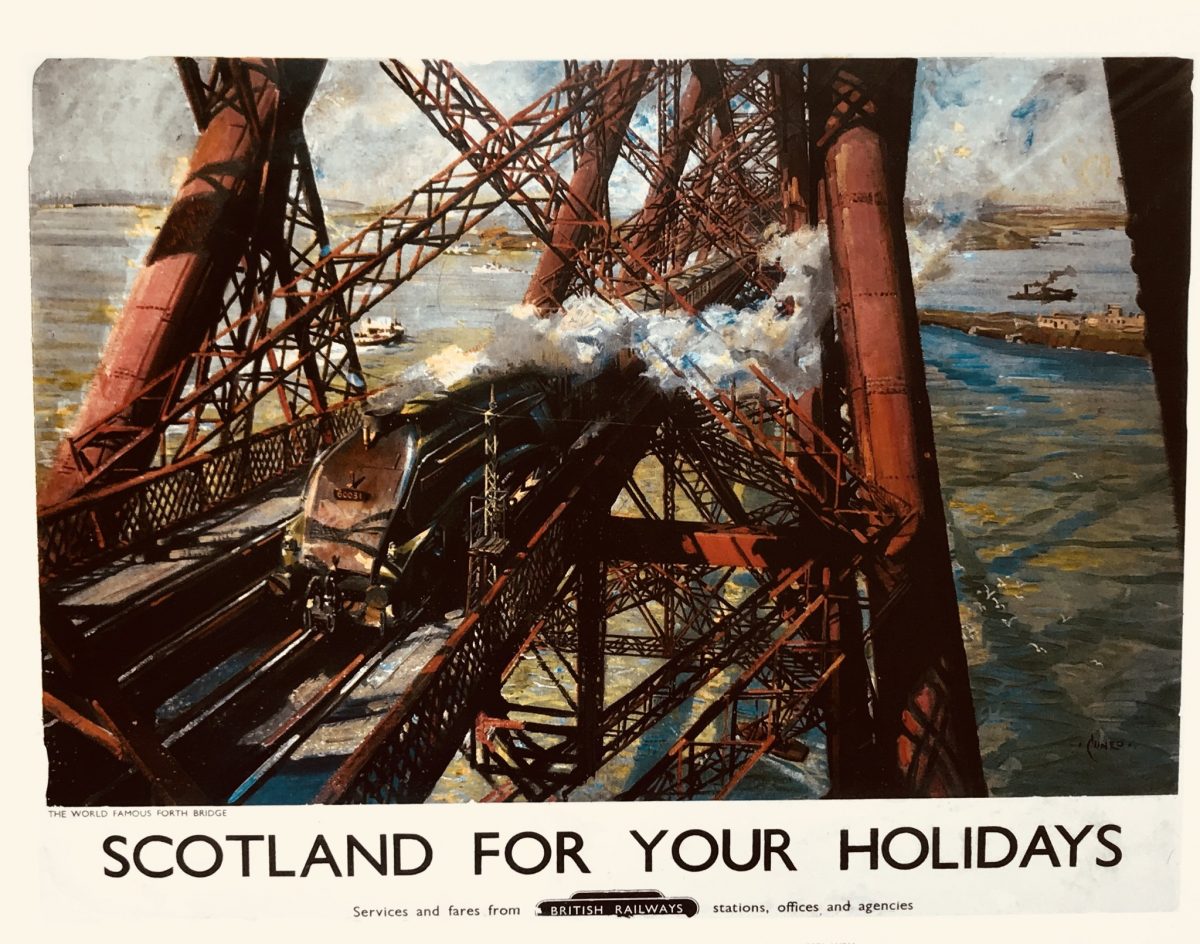 Scotland for the Holiday Forth Bridge 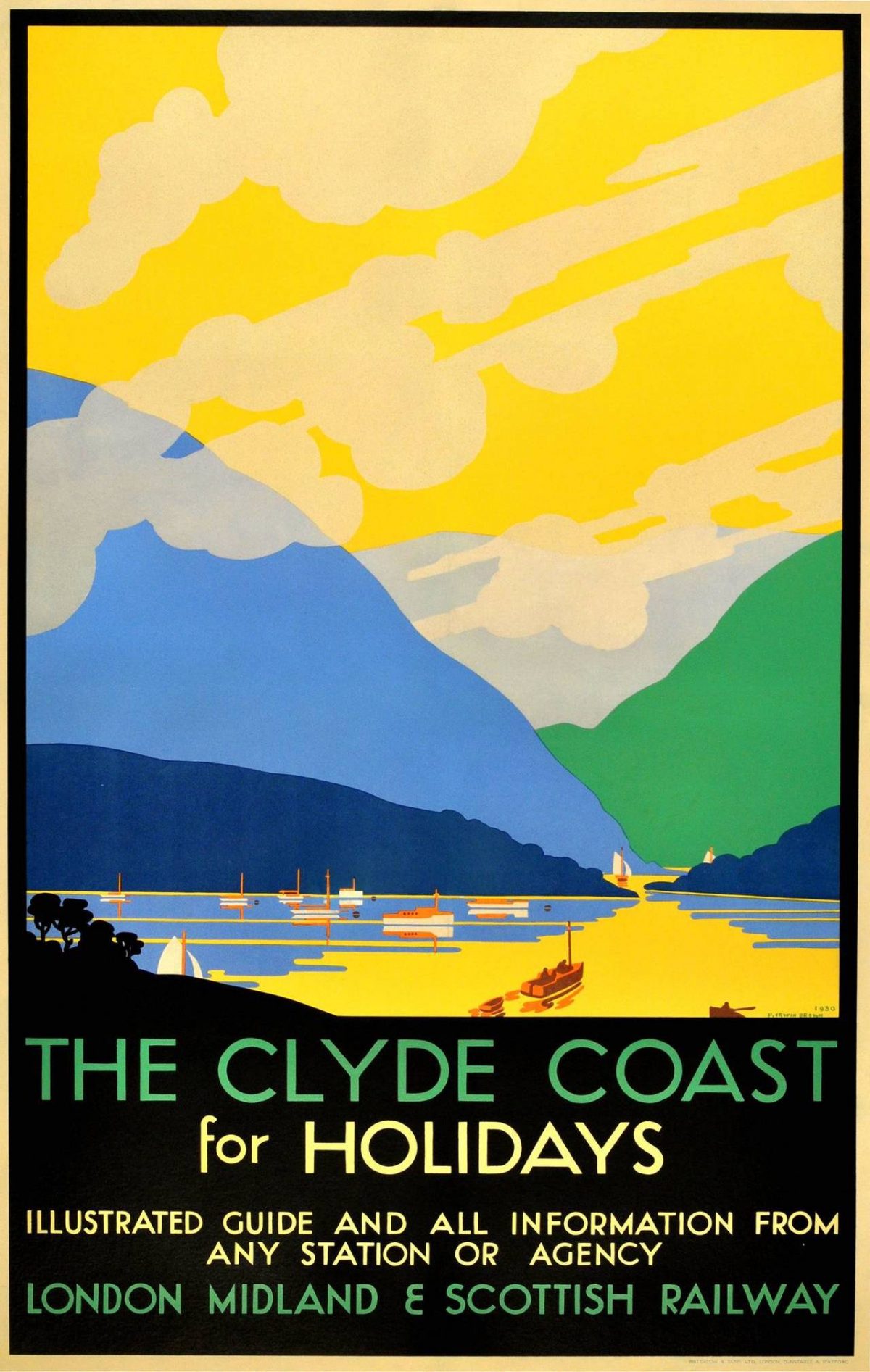