First things first: there was never a scientific consensus in the 1970s that the Earth was headed into another Ice Age.

On the contrary, roughly seven time as many scientists of the day predicted global warming as did global cooling.

Some folks have sought to portray a scientific consensus about an ice age in the disco decade so they can gaze at the consensus now about global warming and set up a fatuous dynamic or comparison.

It goes: the scientists were wrong then, and they are wrong now!  This denial crowd even conjured a fake 1977 TIME Magazine cover trumpeting the ice age of the 1970s to support their cause.

It was actually a modified 2007 cover on global warming, not a seventies era TIME cover.

But the subject of this article is the pop culture panic over a “looming” ice age, not matters of science.

Basically, the mainstream media and news outlets in the 1970s — despite the lack of evidence — attempted to sell to audiences the notion of a coming ice age.

The 1970s brought us so many weird fads — Bigfoot, The Bermuda Triangle, ancient astronauts and killer bees — and for a time, the idea of the planet slipping into a new ice age was just as prominent a trope. 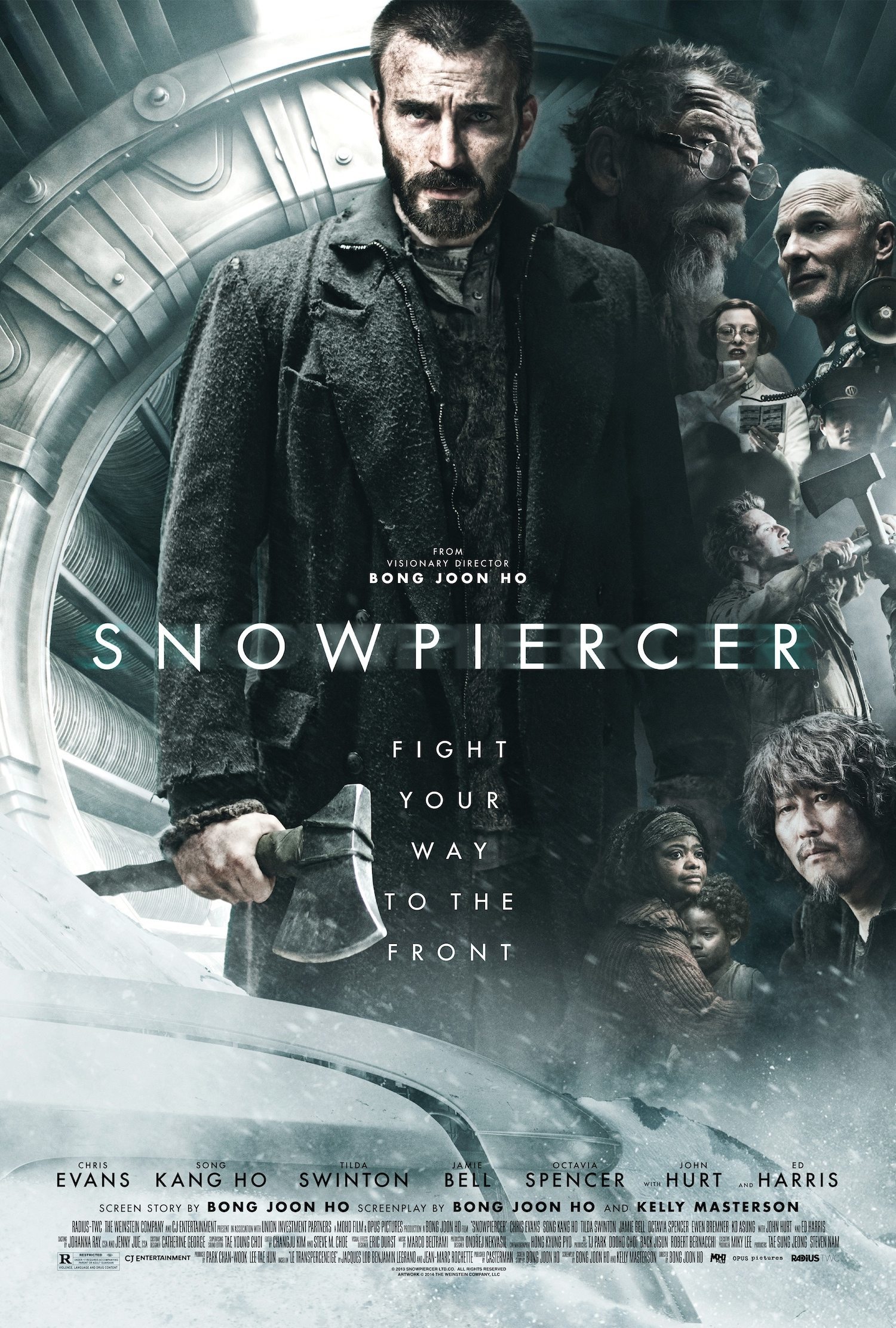 Recently, films such as The Day After Tomorrow (2004) and Snowpiercer (2014) have similarly imagined a future world of arctic temperatures and endless ice.

But as far back as 1972, The Windsor Star reported “There’s a New Ice Age Coming.”

Additionally, Time Magazine (though not in a cover article) featured a story called “Another Ice Age” on June 24, 1974. It worried that a “series of unusually cold winters has gripped the American far west.” 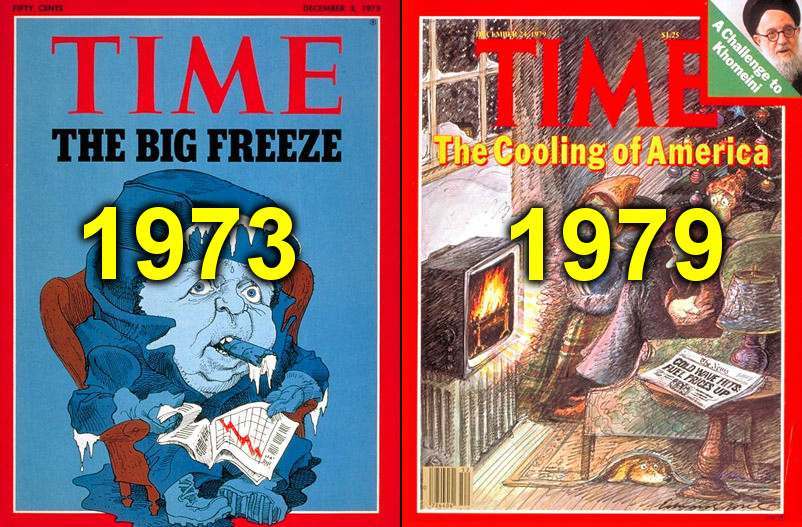 In 1975, Newsweek printed a similar article, on April 28: “The Cooling World.”  It was concerned about “ominous signs” that the world’s weather patterns were changing dramatically…for the colder.

A book printed by Gross and Dunlop, by George Stone, in 1977 was titled: Blizzard: What if it Doesn’t Stop and even Isaac Asimov worried about a new Ice Age in his 1979 book, A Choice of Catastrophes, which imagined and explained the myriad ways the human race could be destroyed. 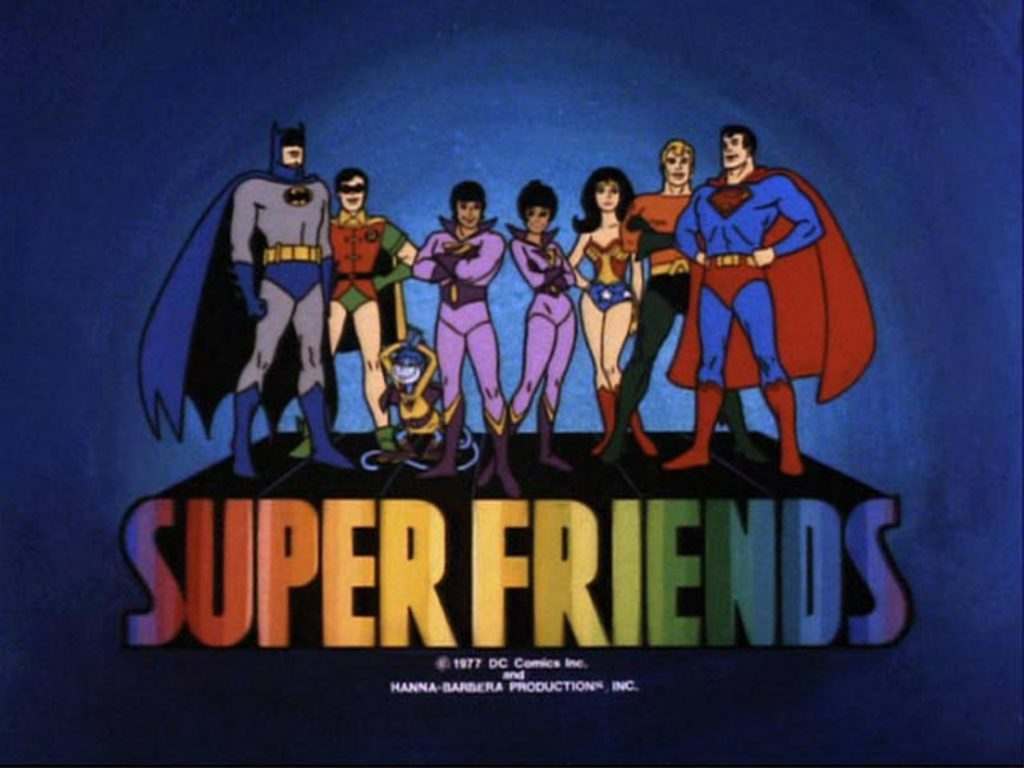 On television, meanwhile, fears of a frozen planet also began to take shape. An episode of Challenge of the Super Friends called “The World Beneath the Ice,” gazed at the possibility of a weapon that could freeze the world, thus spawning a new ice age.

And in 1978, In Search of: The Coming Ice Age was hosted by Leonard Nimoy. It too worried about catastrophic global cooling, and what could be the end of humanity.

Finally, in 1979, Robert Altman’s film Quintet opened to savage reviews, but the post-apocalyptic film starring Paul Newman — a bleak excursion into the end of humanity — was set during a future Ice Age.

There, a small outpost of humanity passed the time until inevitable extinction playing a murderous, savage, and inhuman game.  The Altman film is far more effective and artistic than critics at the time seemed to recognize, and it depicts one of the most unusual cinematic dystopias of the 1970s.  It is worth a second look, even if the Ice Age fears of the disco decade were a lot of hooey.