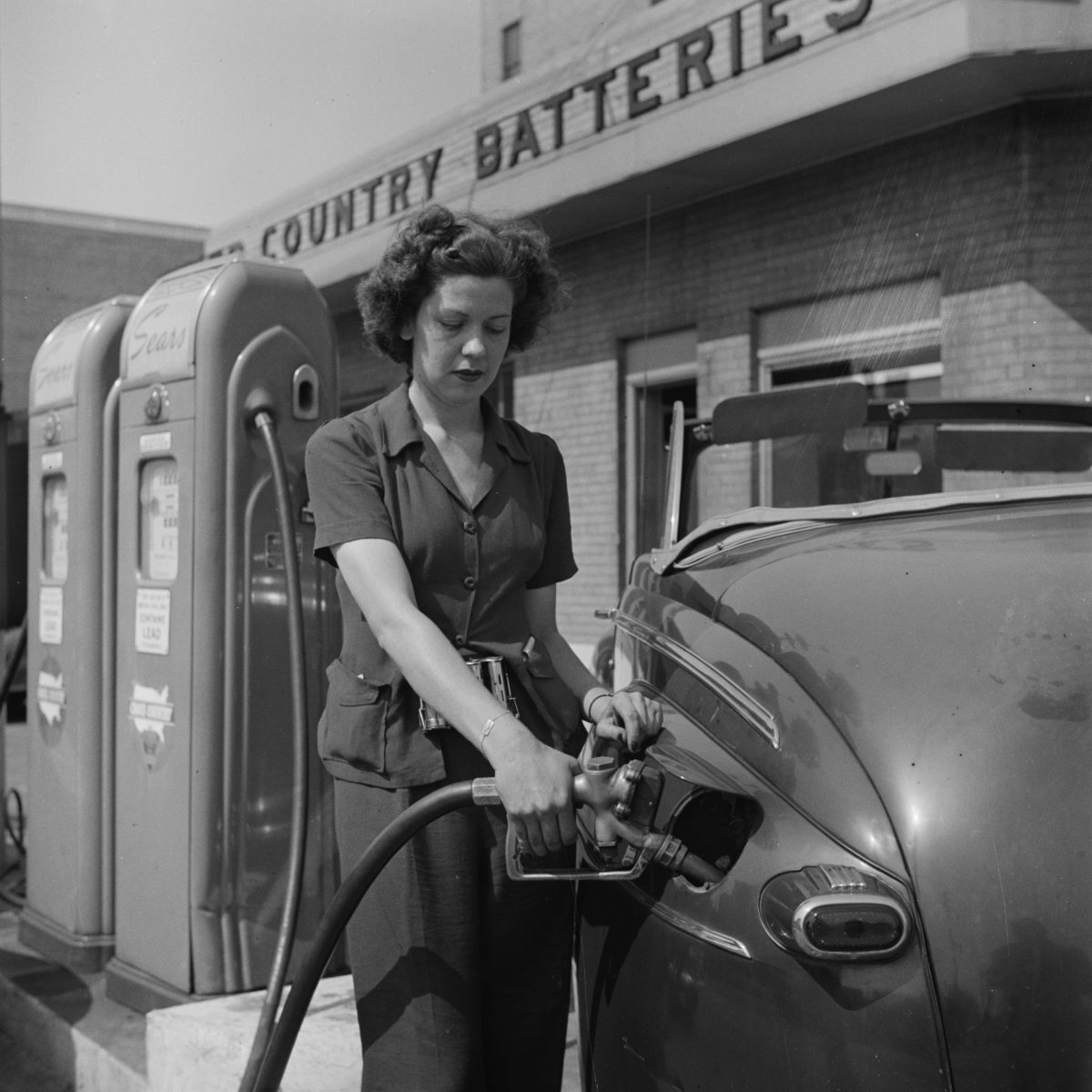 Before the ubiquitous gas stations people bought gasoline literally out of a barrel at a grocery or hardware store. Some of which even offered gasoline home delivery in five-gallon jugs. The world’s first purpose-built gas station was built in St. Louis, Missouri in 1905 at 420 South Theresa Avenue. Although the Smithsonian magazine says that the first proper drive-in service station opened in Pennsylvania in 1913 – “Unlike earlier simple curbside gasoline filling stations, an architect purposefully designed the pagoda-style brick facility [that] offered free air, water, crankcase service and tire and tube installation.”

The motoring world changed quickly and by the mid 1930s there were around 200,000 filling stations in the US selling an incredible 15 billion gallons of gas. The gas stations were the first commercial buildings to be set back from the street allowing cars to come off the road and not disrupt the traffic. The American oil industry by then employed over a million people. 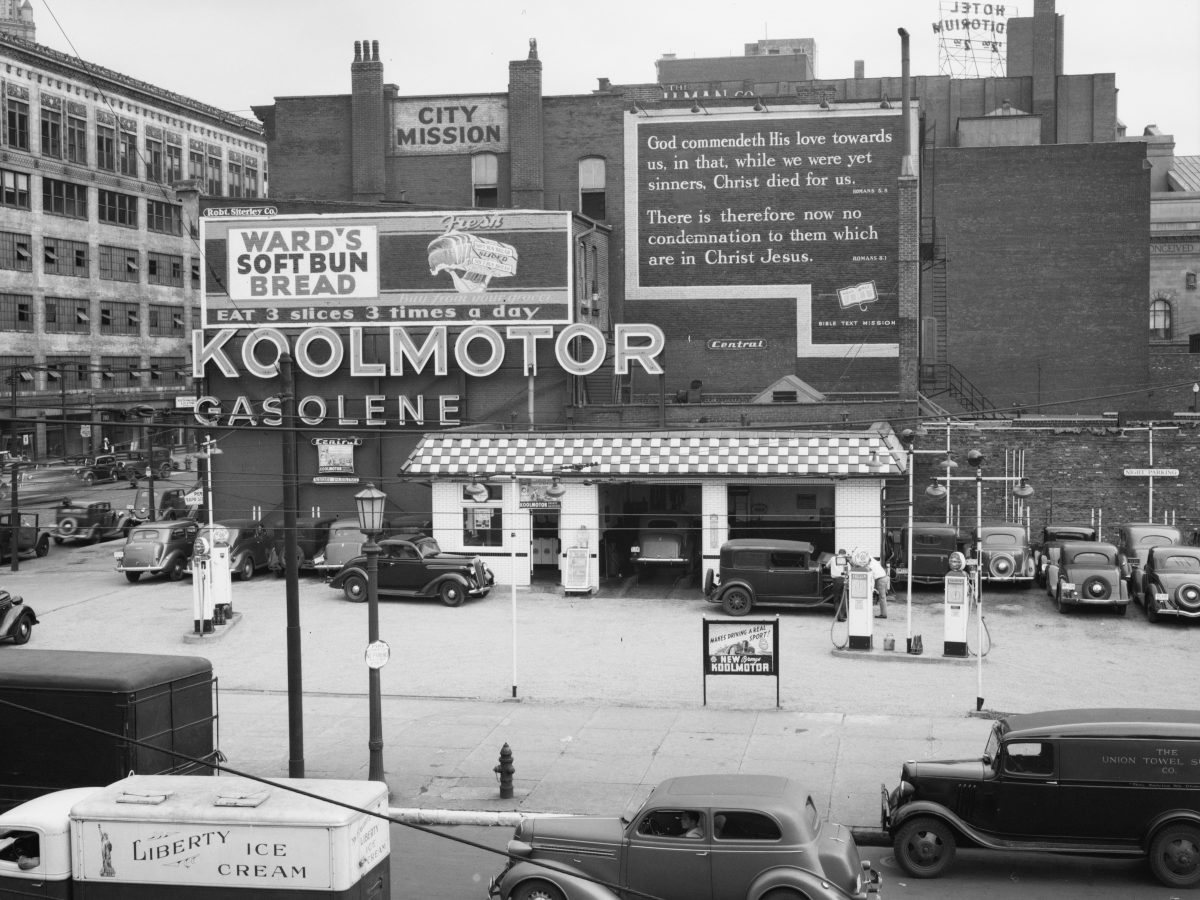 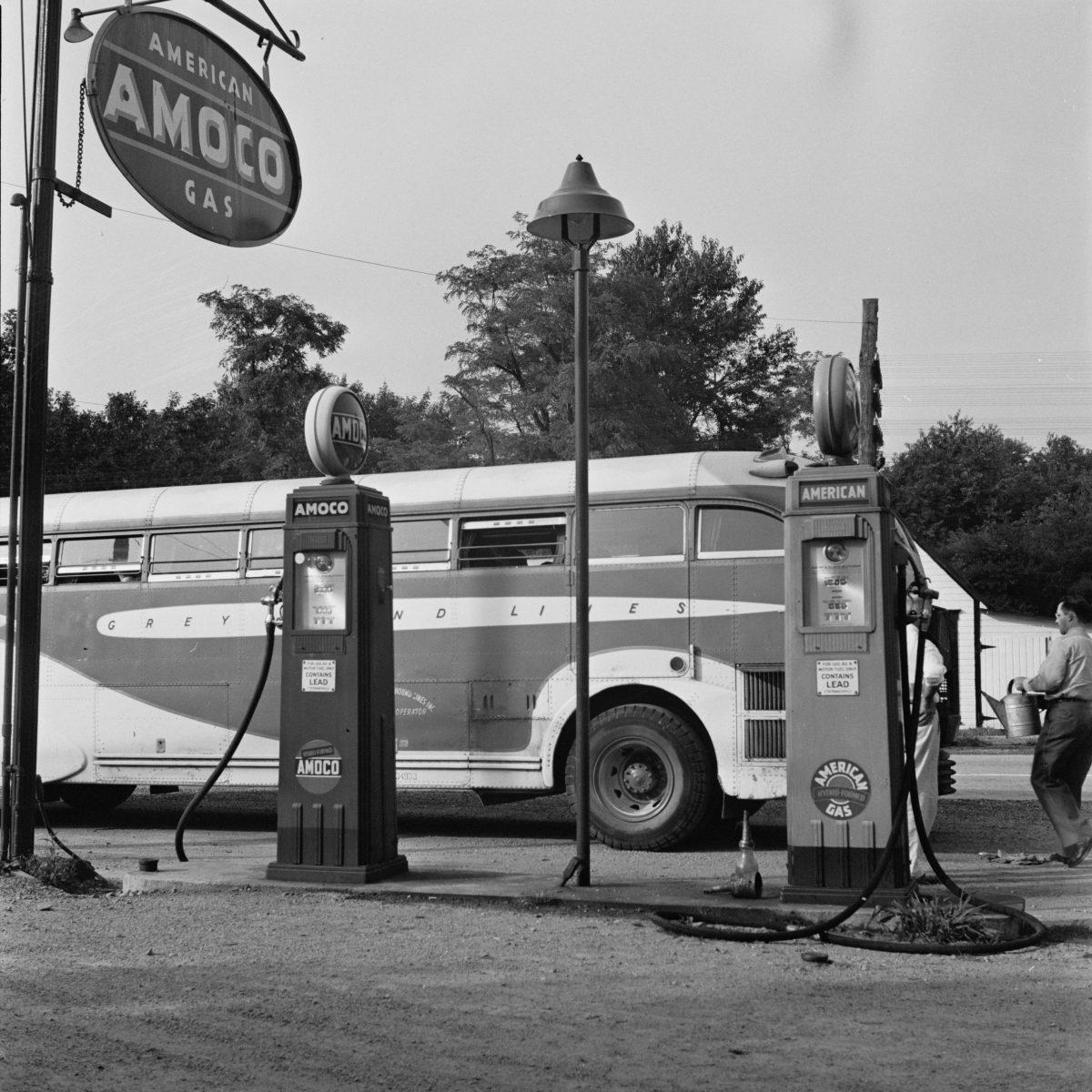 A Greyhound bus that has been stopped while the driver fills the water tank at a gas station on the road between Gettysburg and Pennsylvania, Ester Bubley, 1943 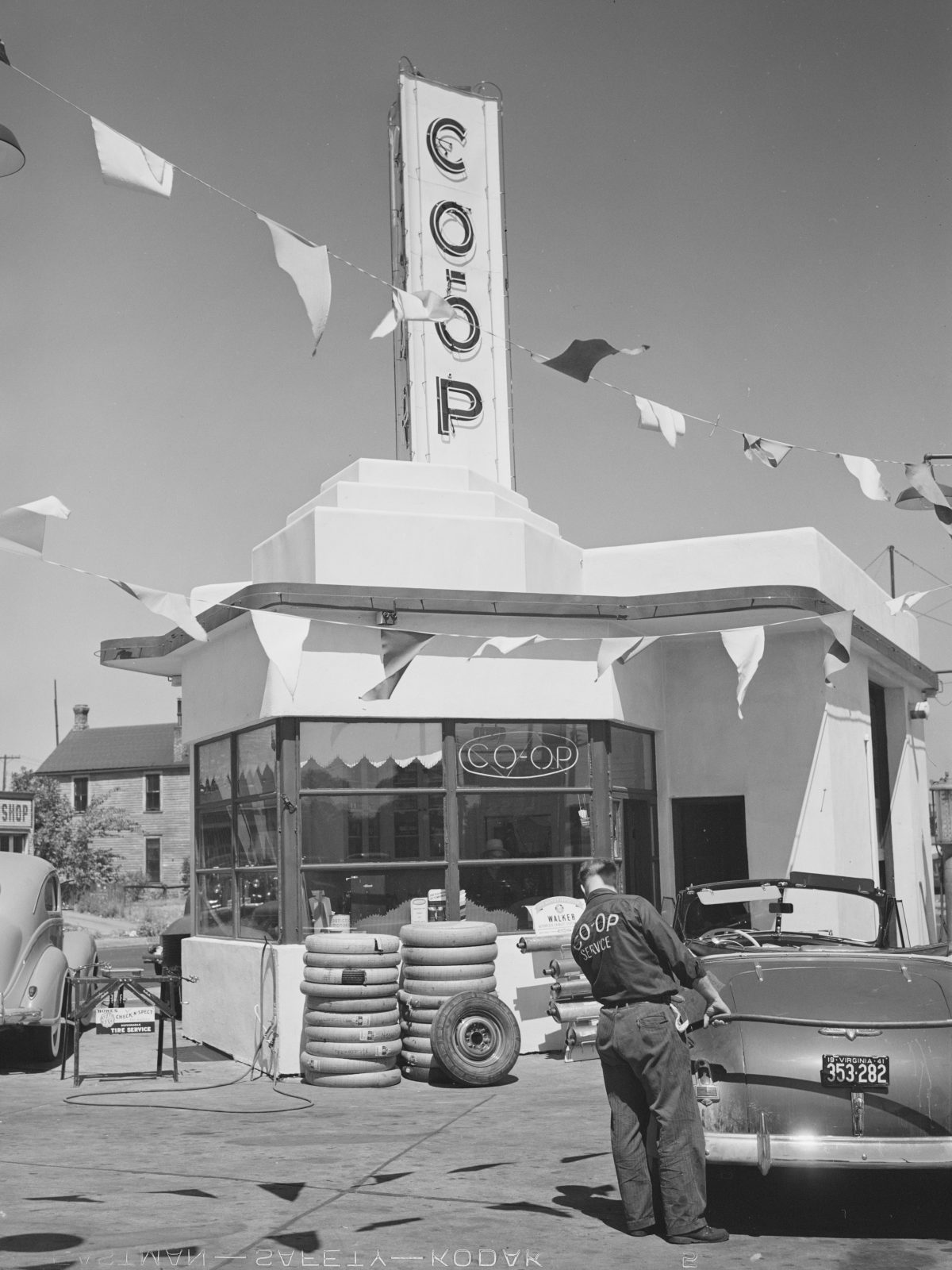 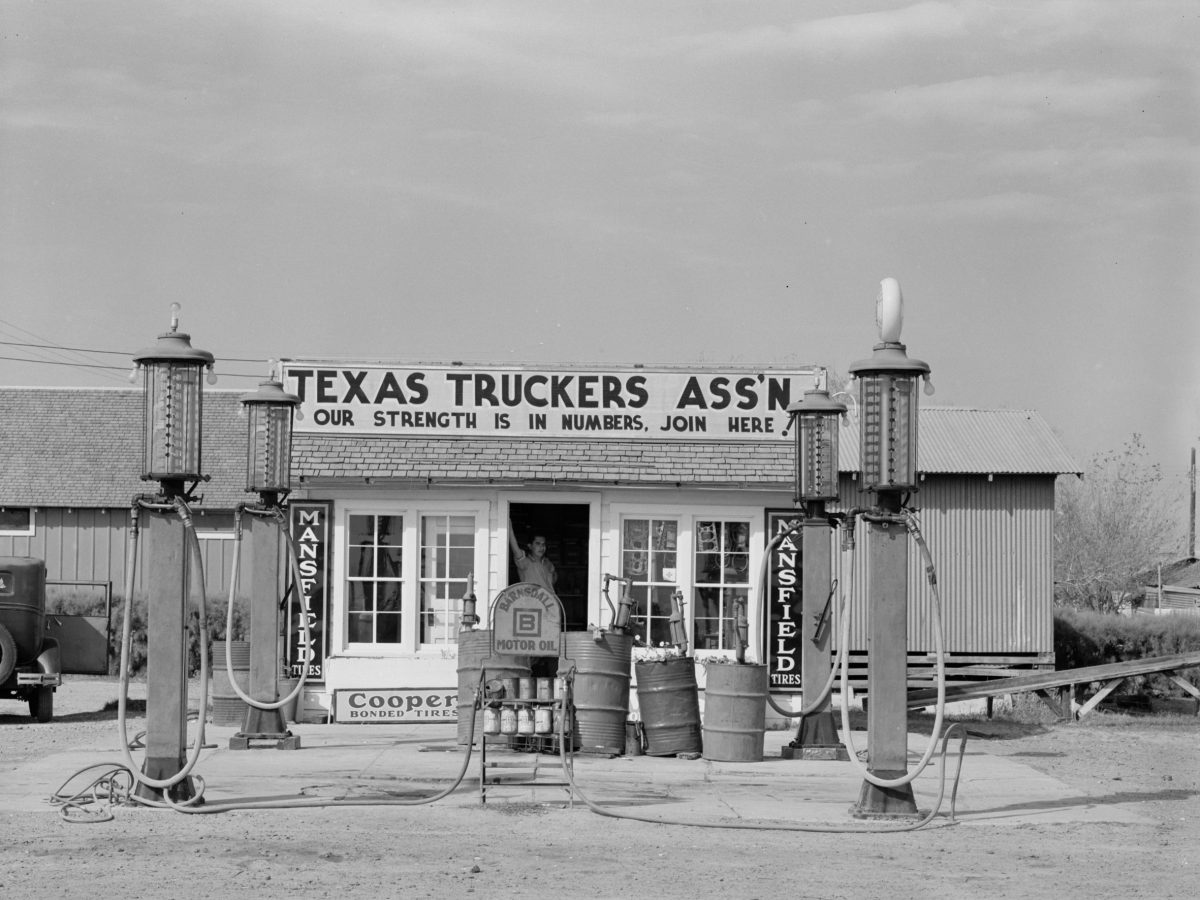 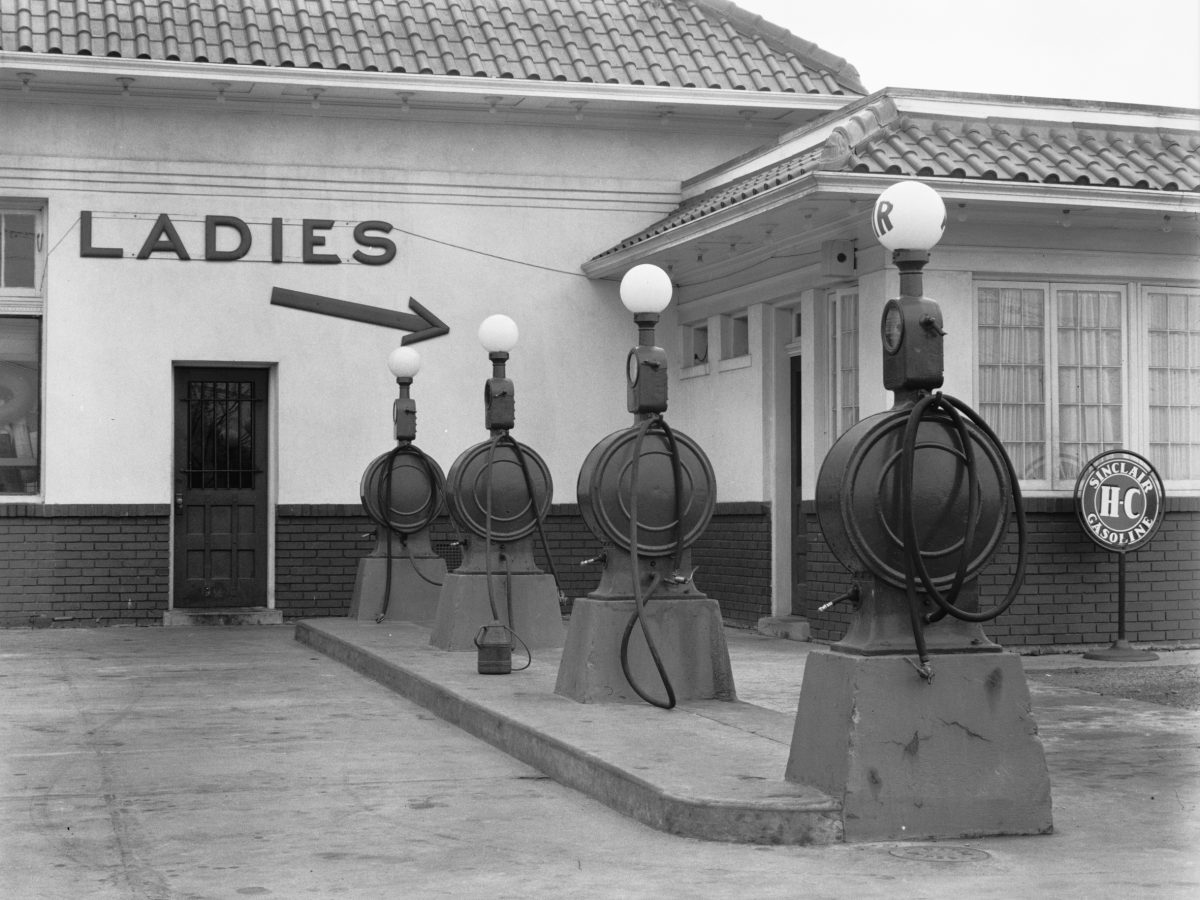 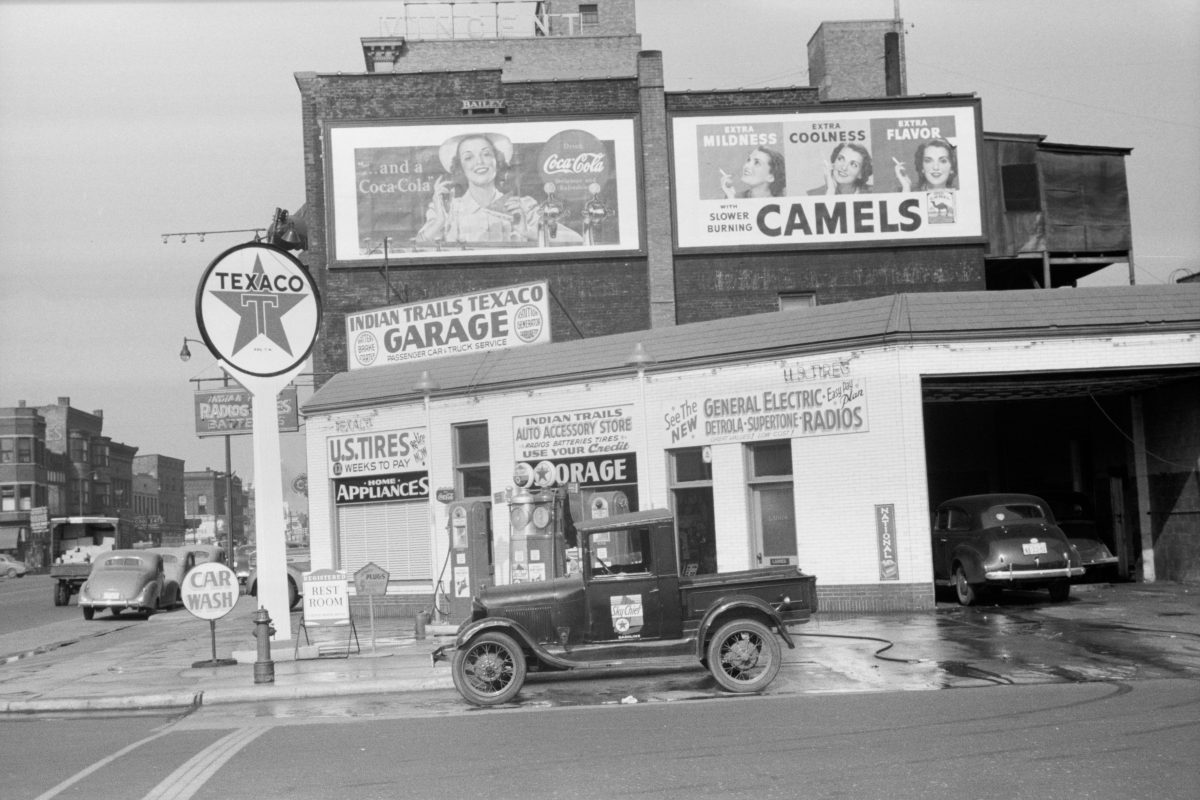 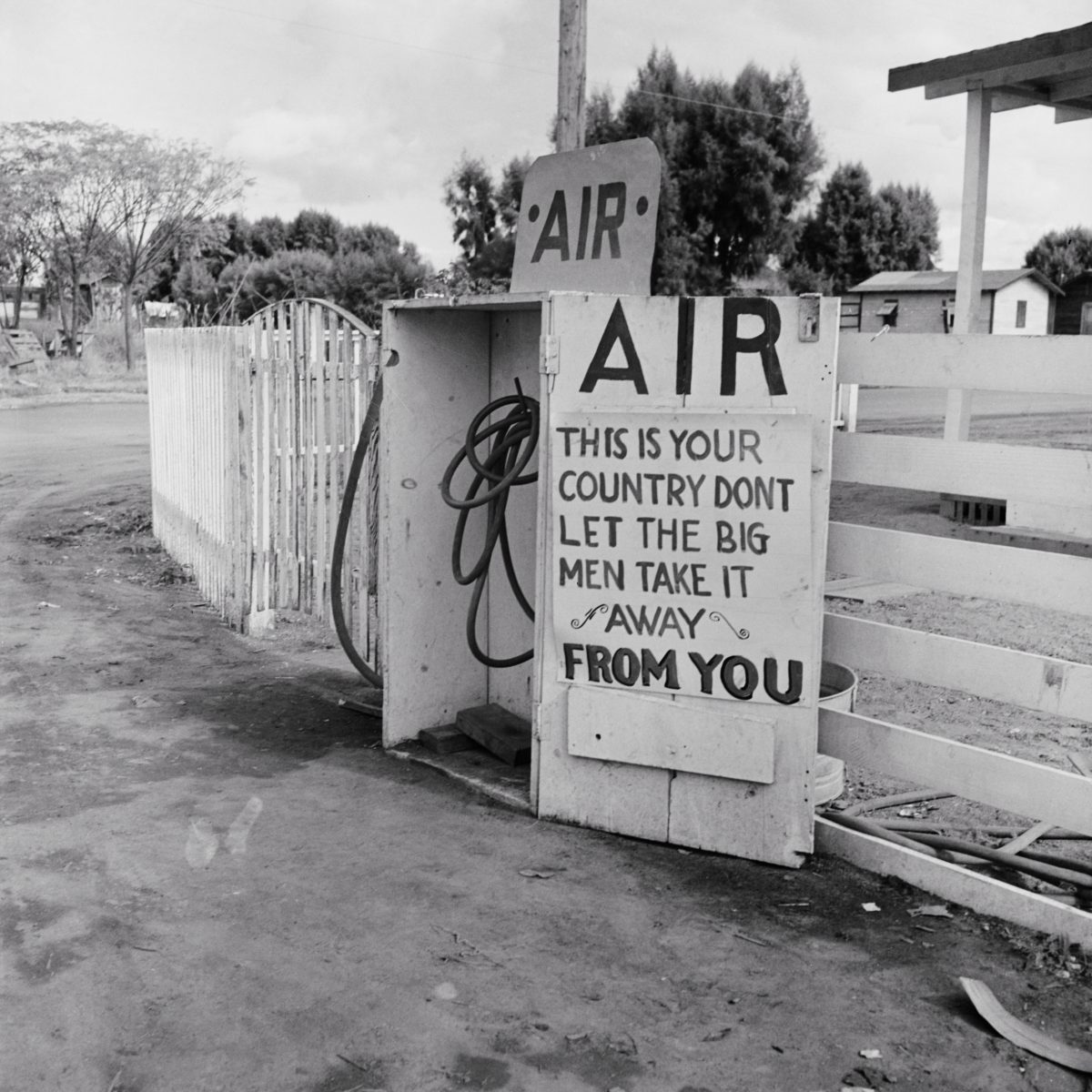 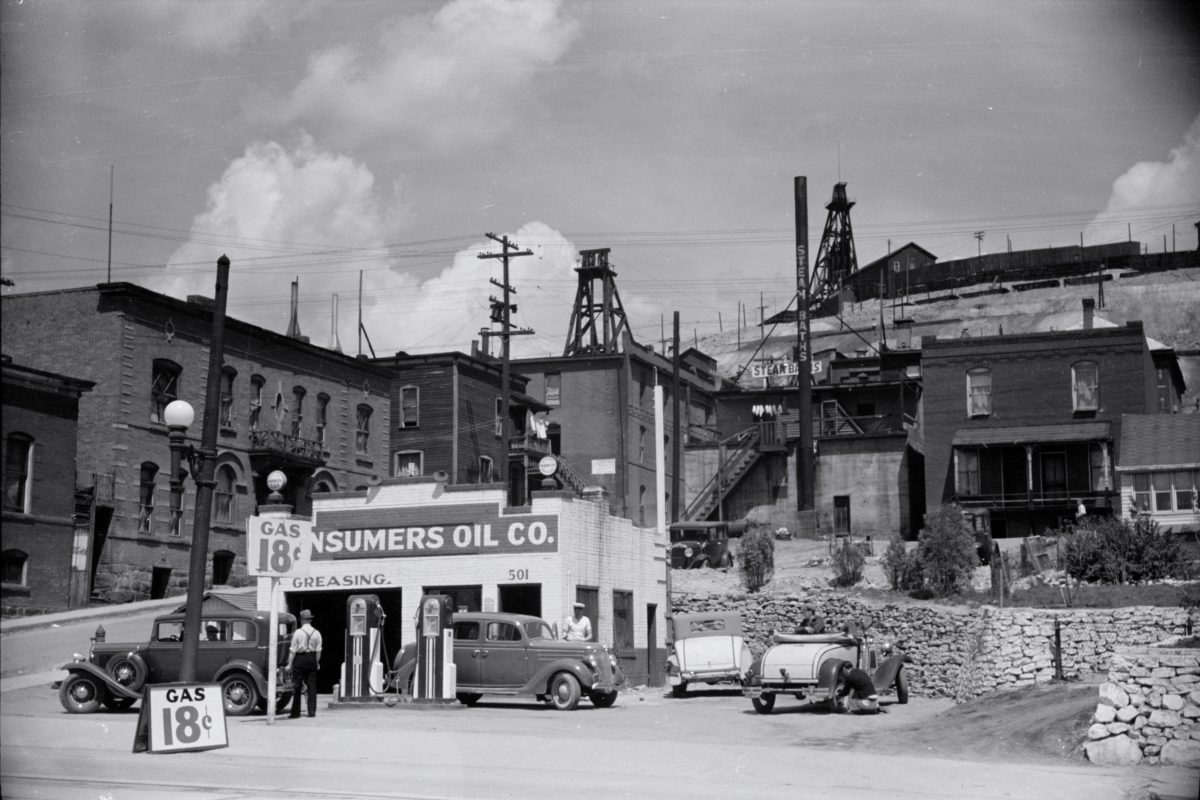 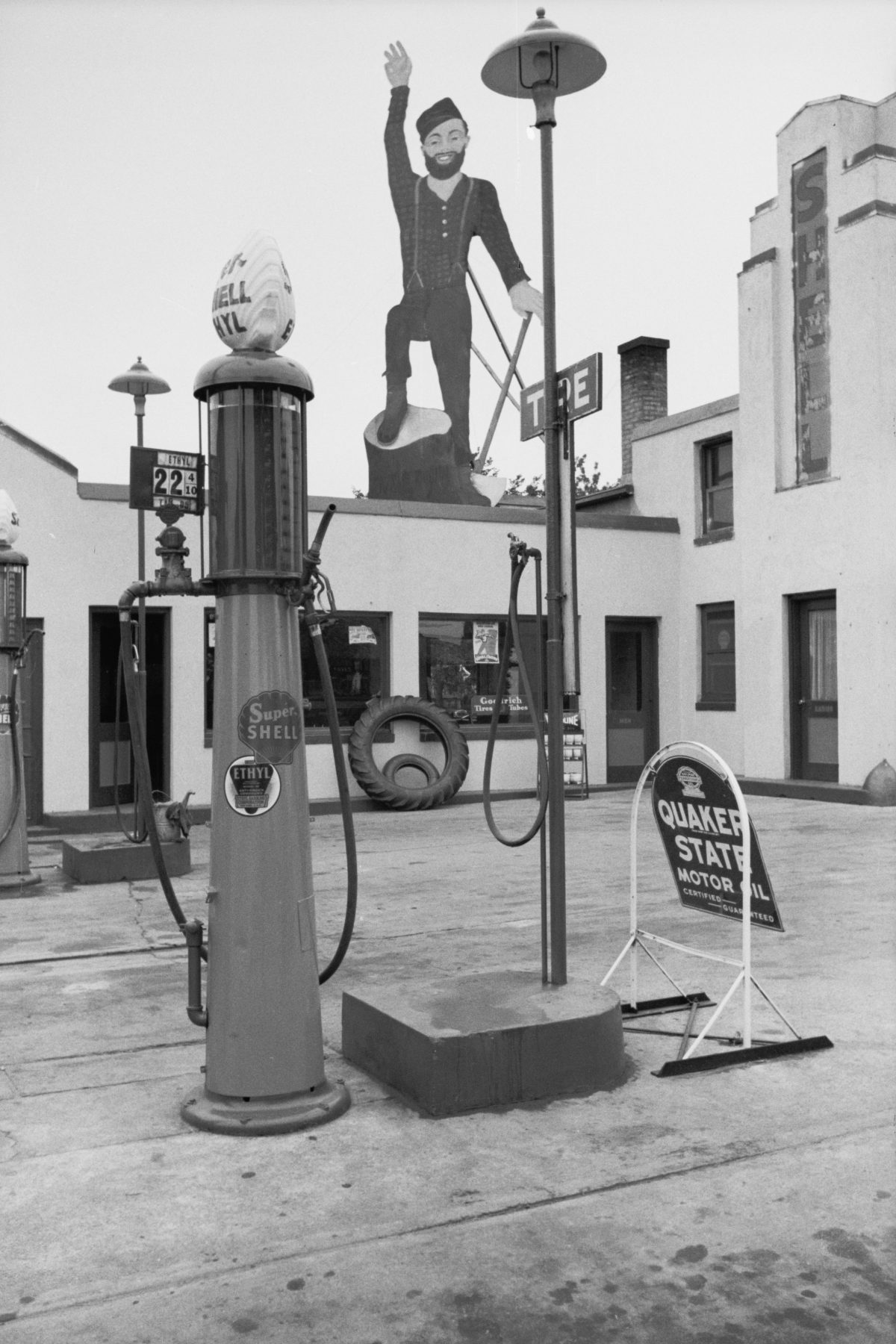 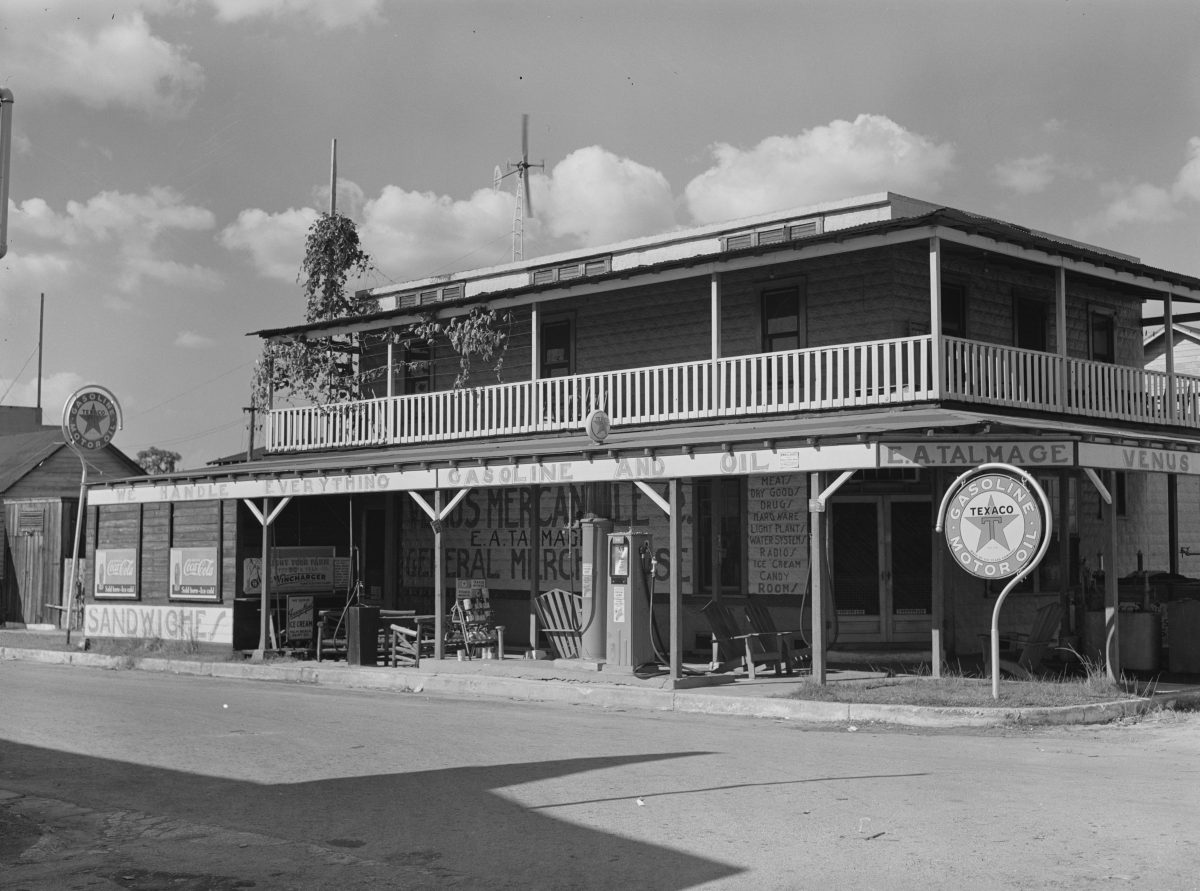 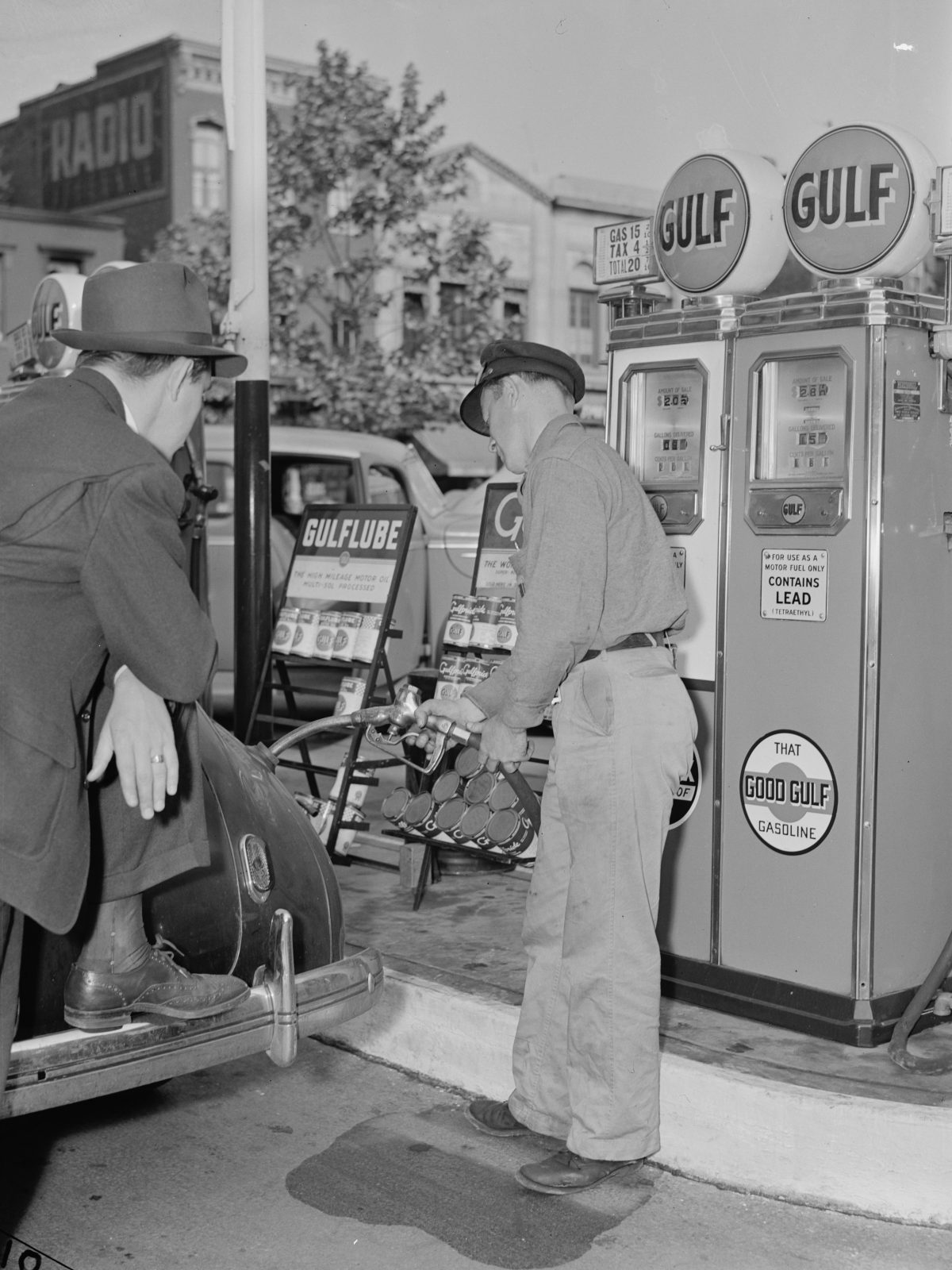 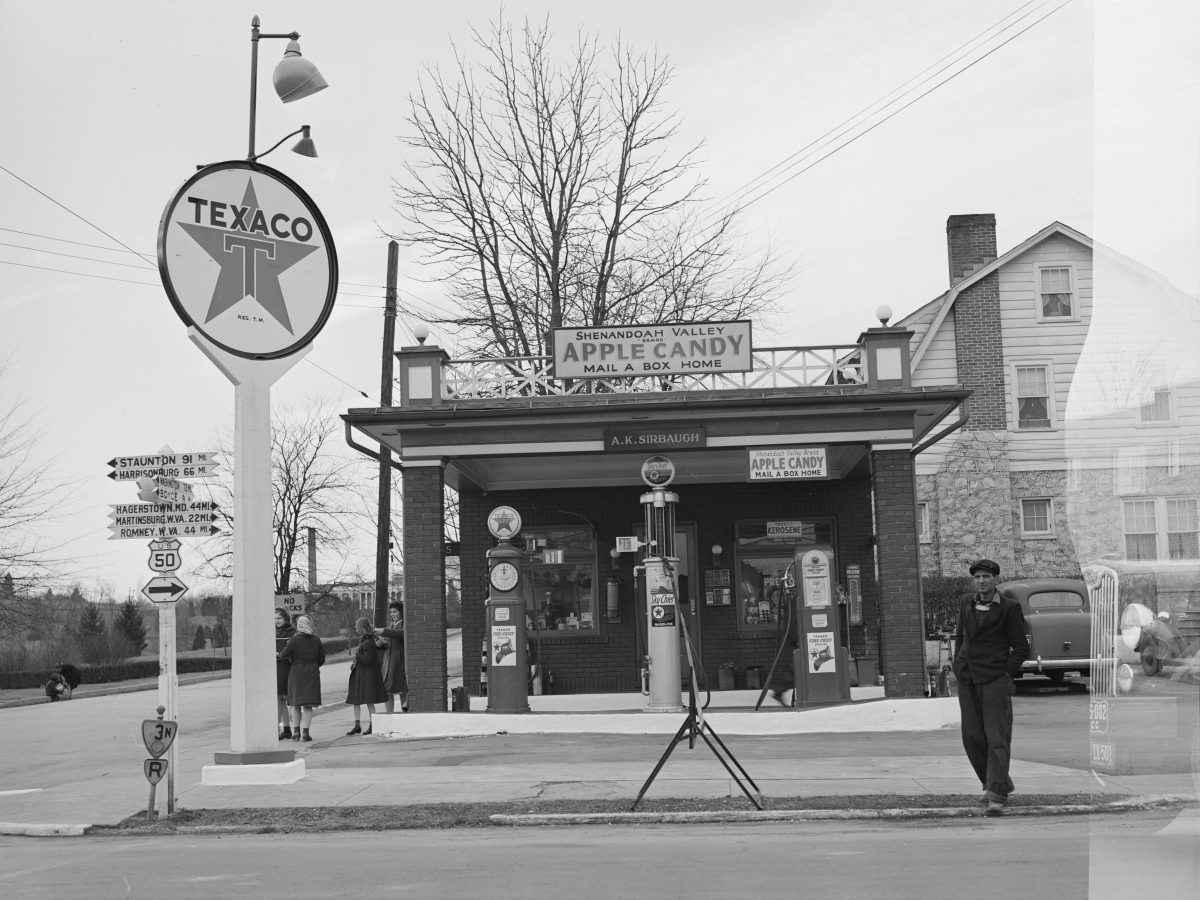 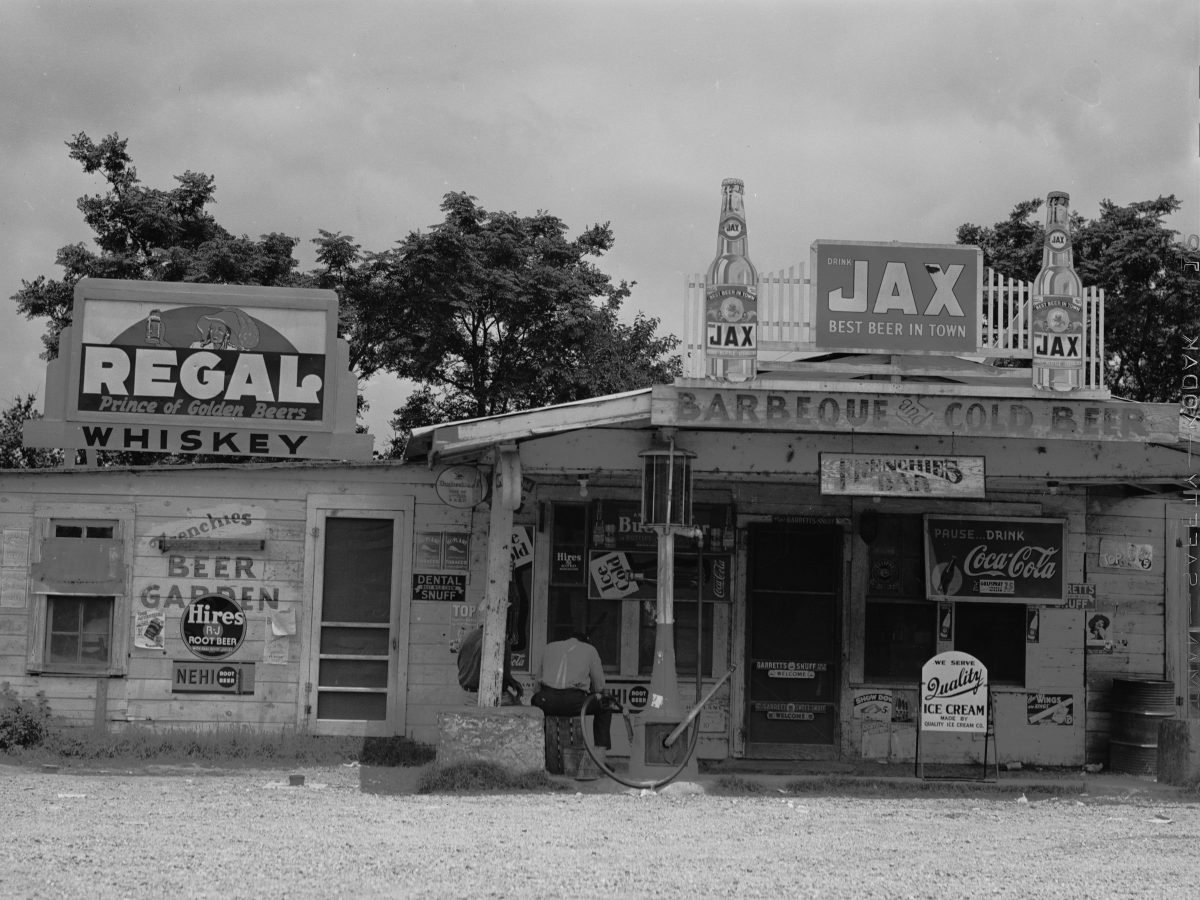 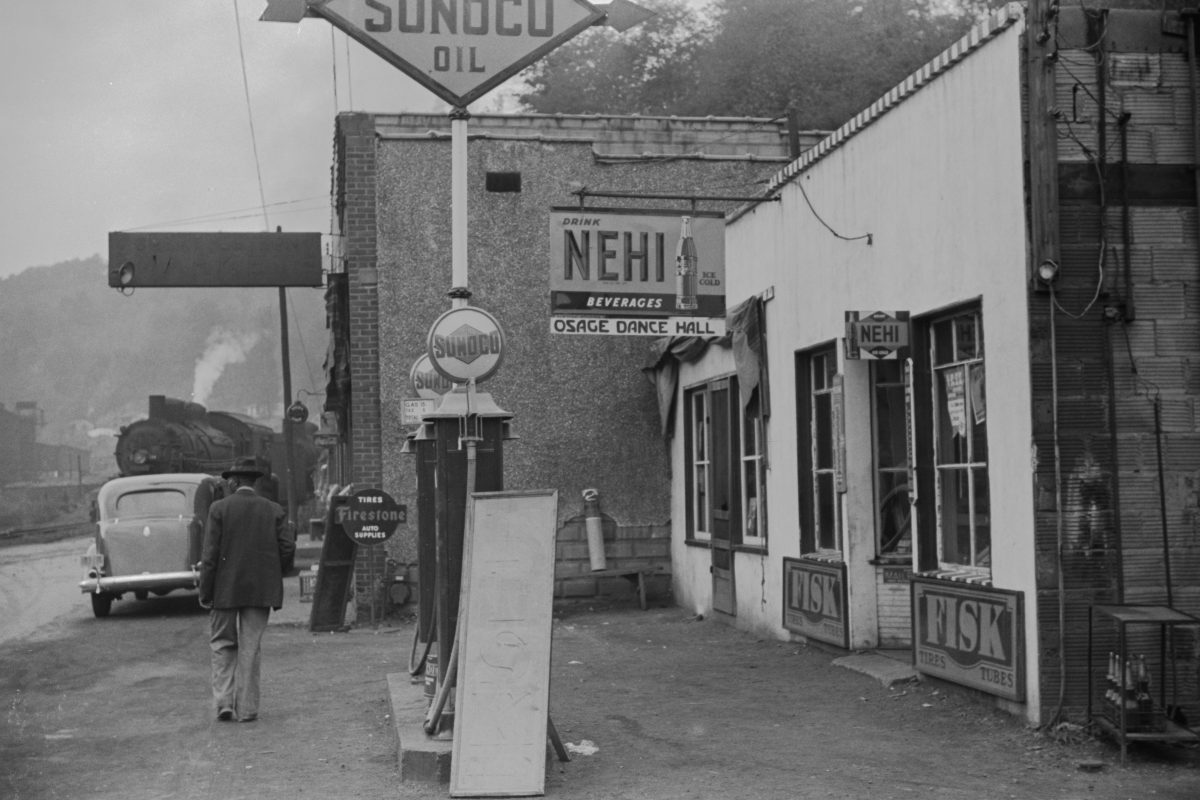 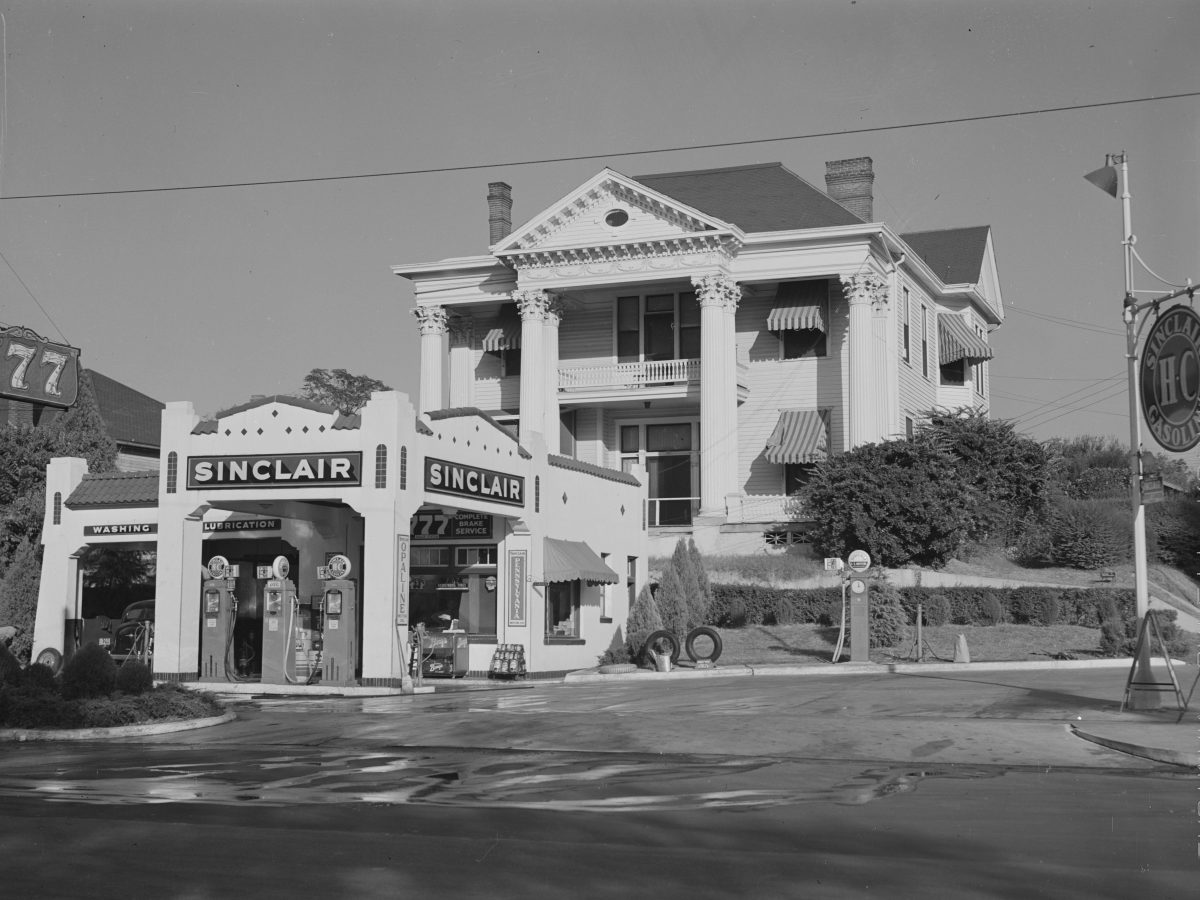 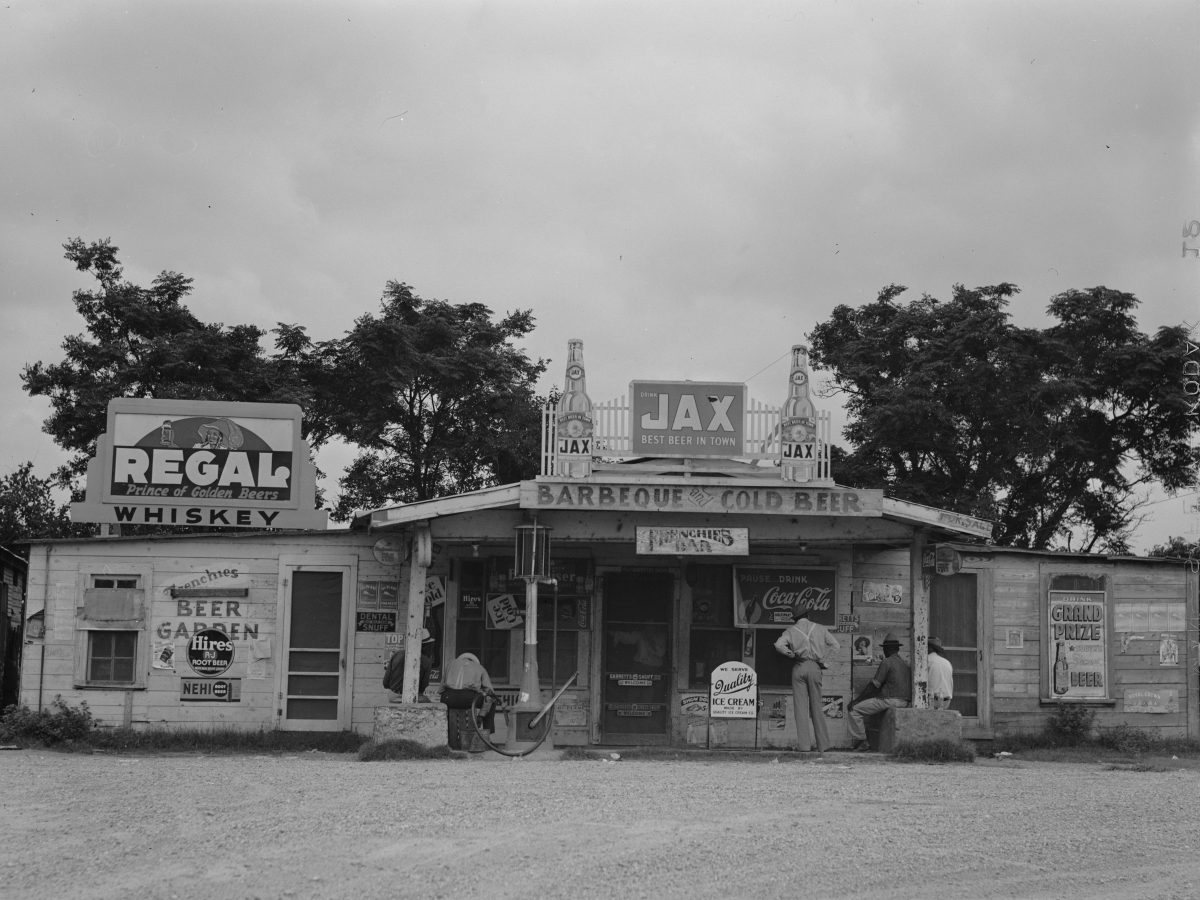 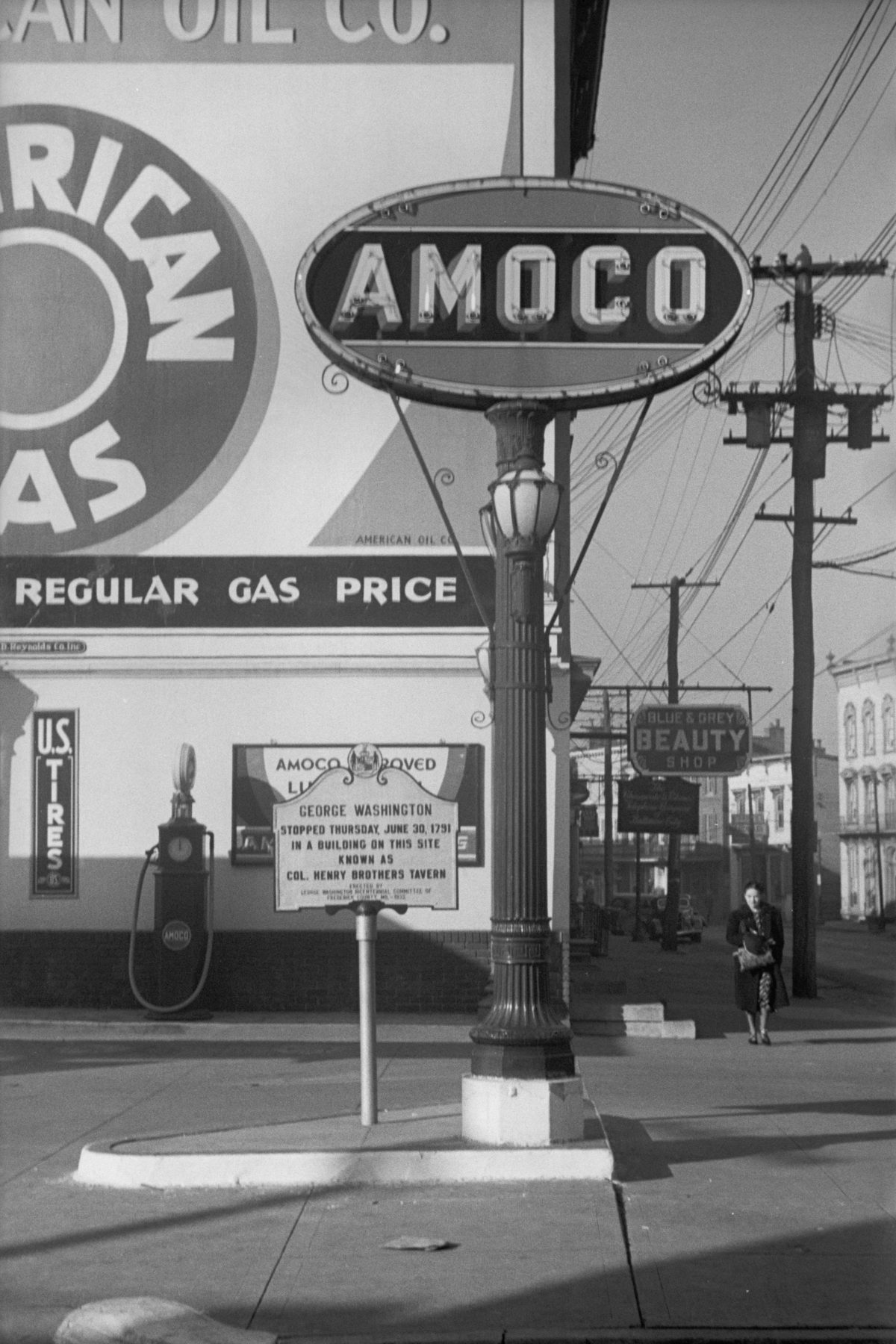