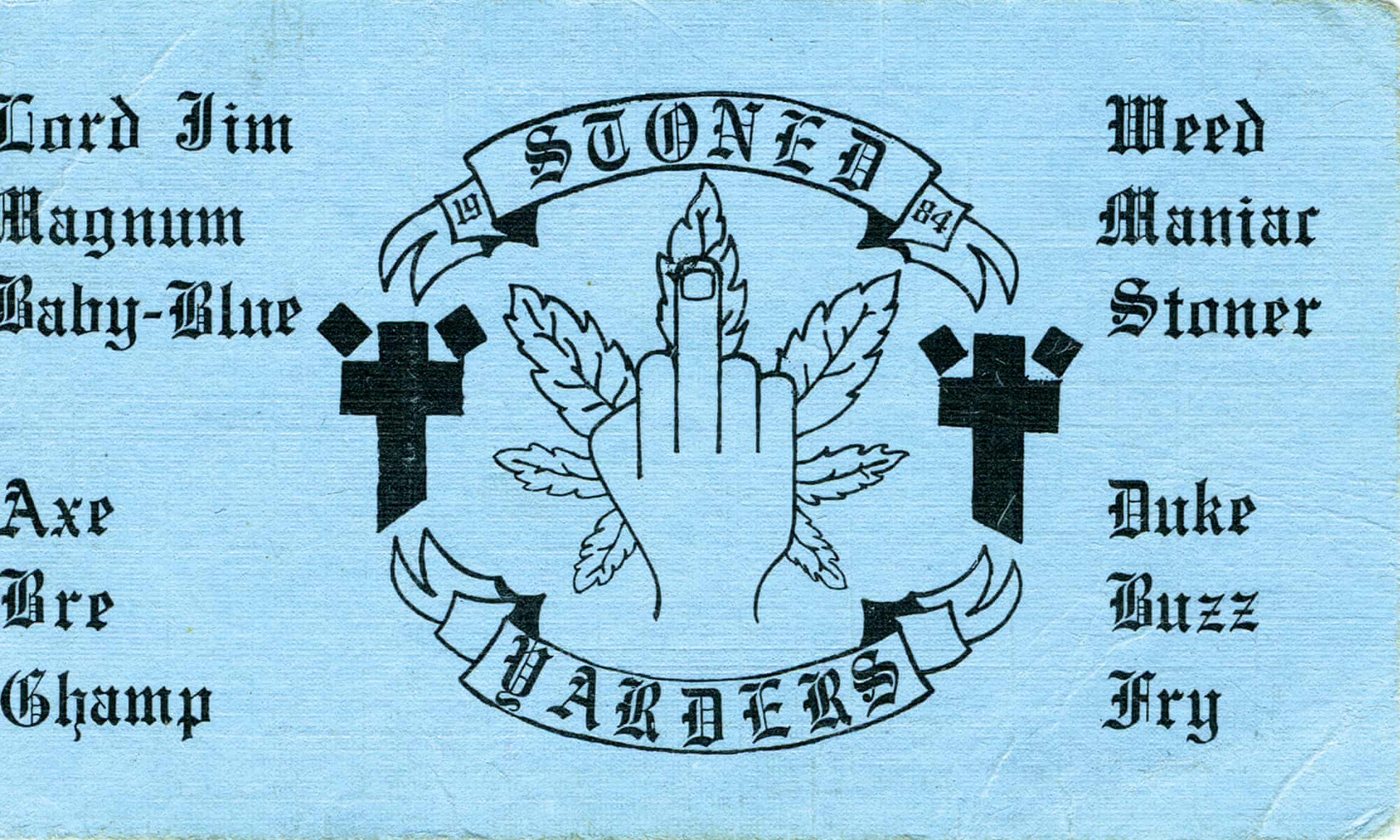 In the 1970s and 1980s, gangs in Chicago advertised their presence and membership on business cards. This was criminality with a dash of style and wit. Meet the Almighty Playboys, the Royal Capris, The Almighty Hells Devils and the Almighty Playboys. Or rather, you’ve been met by them, their signature calling card tucked into their victim’s pocket.

Brandon Johnson has compiled gang cards many from his collection into a book Thee Almighty & Insane: Chicago Gang Business Cards From the 1960s & 1970s. “The practice carried over from membership cards of social athletic clubs in Chicago that many gangs evolved from,” he says. “In my opinion, these cards offered the gangs a sense of validation as official organisations.” Well, if Chicago police, politicians and lawyers have cards, why not their clients?

Never mind the crime, menace and violence, get a load of the sharp graphics and fine paper. Take the Stoned Yarders (above), a party crew affiliated with the Almighty Gaylords (below), based in the Mozart Schoolyard in the West Logan Square area. “The graphics are perfect and the names, Says Johnson. “Weed, Stoner, Buzz, Fry – are fitting. The blackletter style font used is typical, but the blue linen paper is notable.” 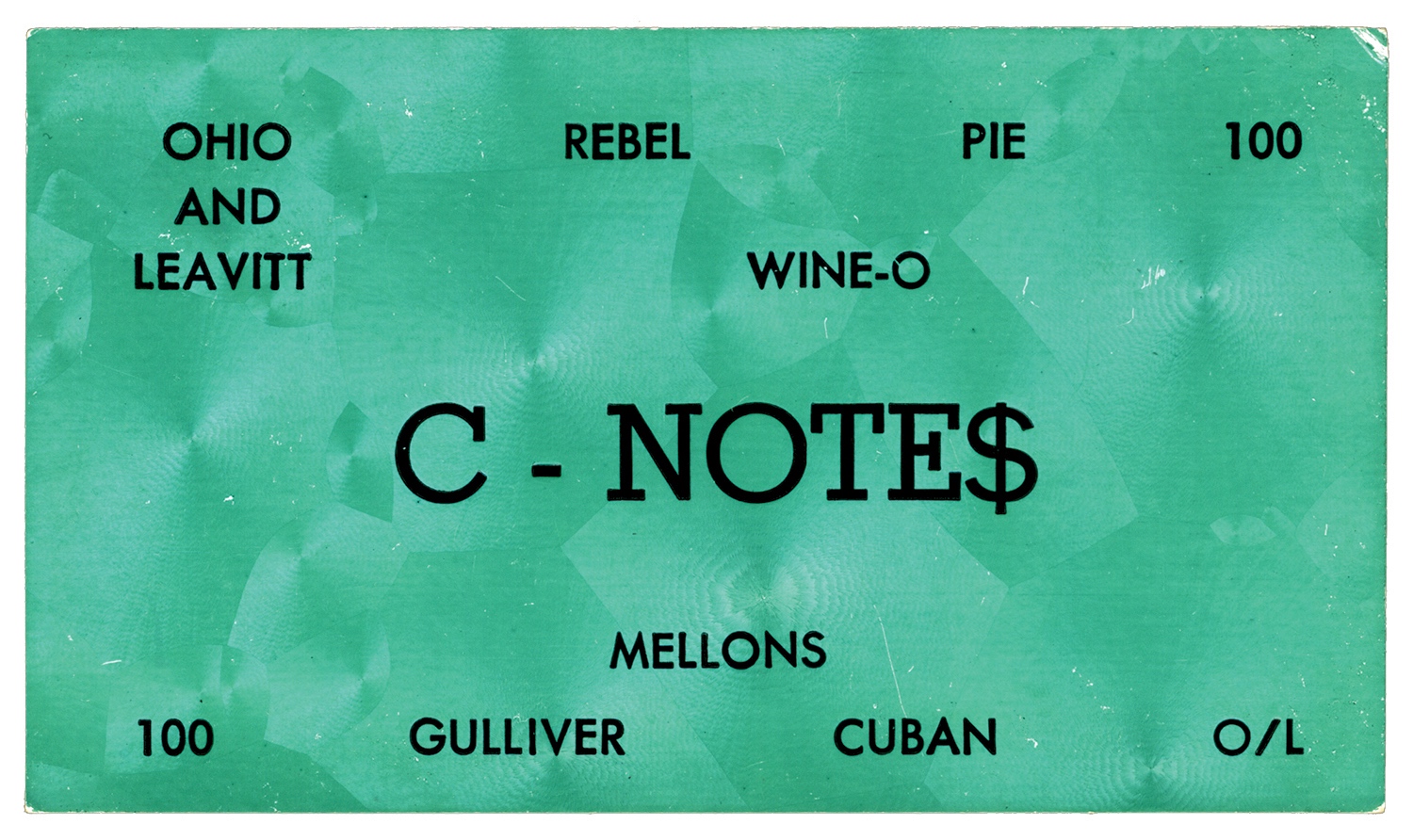 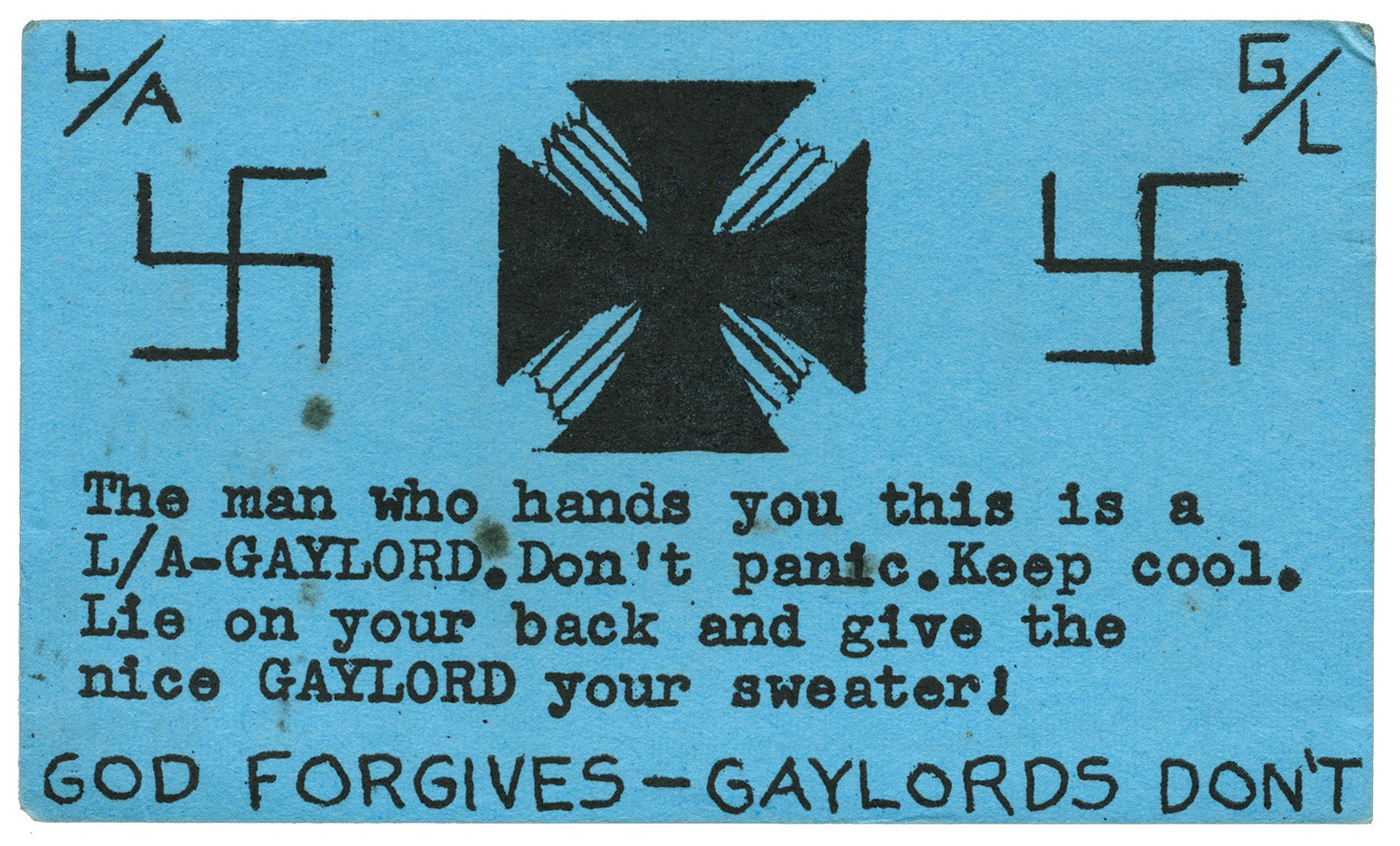 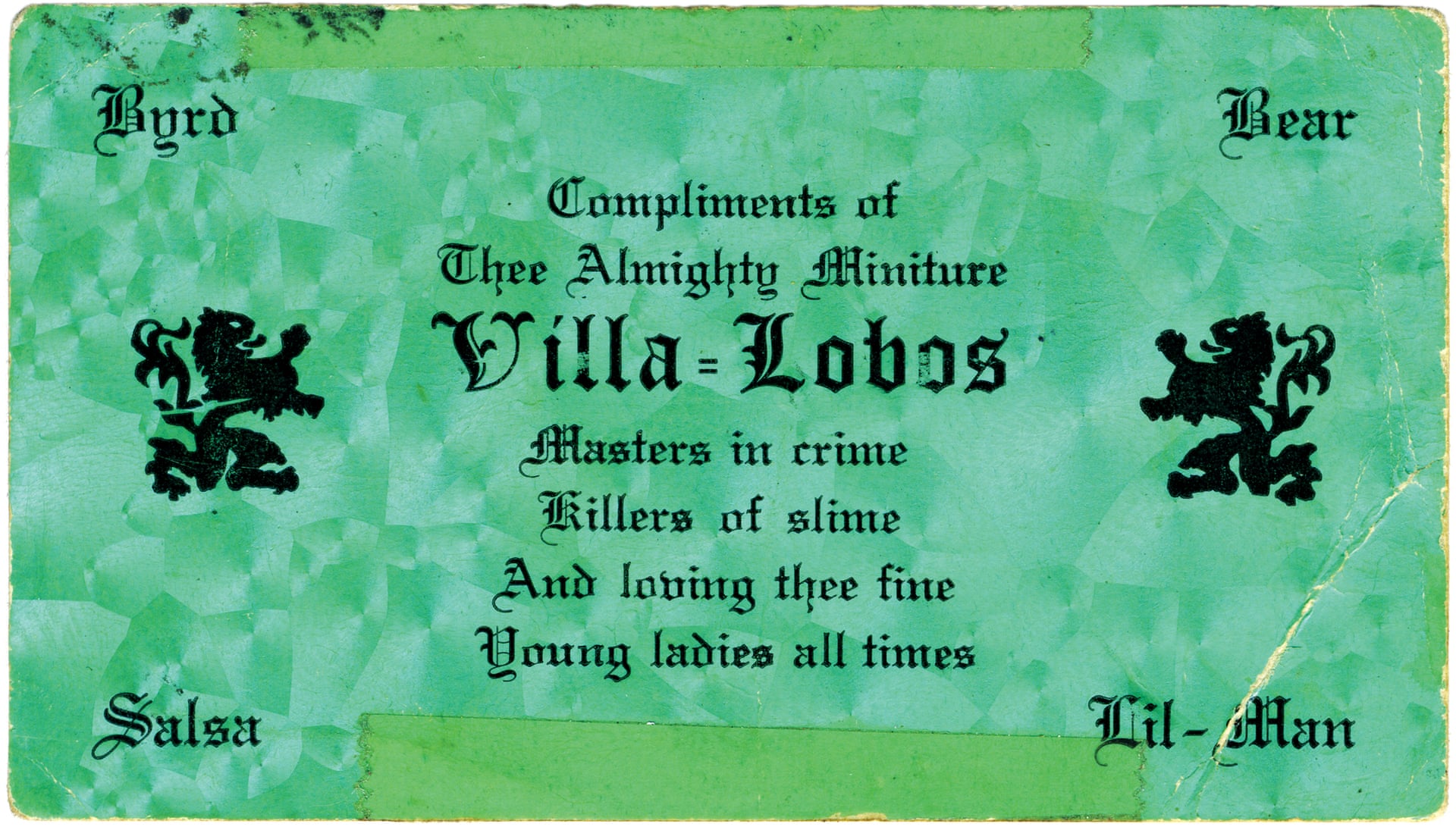 “The slogan says it all. The Villa Lobos were from the Little Village part of South Lawndale. The name translates from Spanish as “Village Wolves”, which makes sense given their location. The Villa Lobos were enemies of Two Six and therefore allies of the Latin Kings, and eventually joined the People Nation – a gang alliance formed in 1978 in response to alliances in the prison system, extending later to the streets. These alliances’ symbols can be found on many cards, including pitchforks, crowns, devil’s horns and tails, 3D pyramids, crescent moons, and five- or six-pointed stars and crowns” – Brandon Johnson 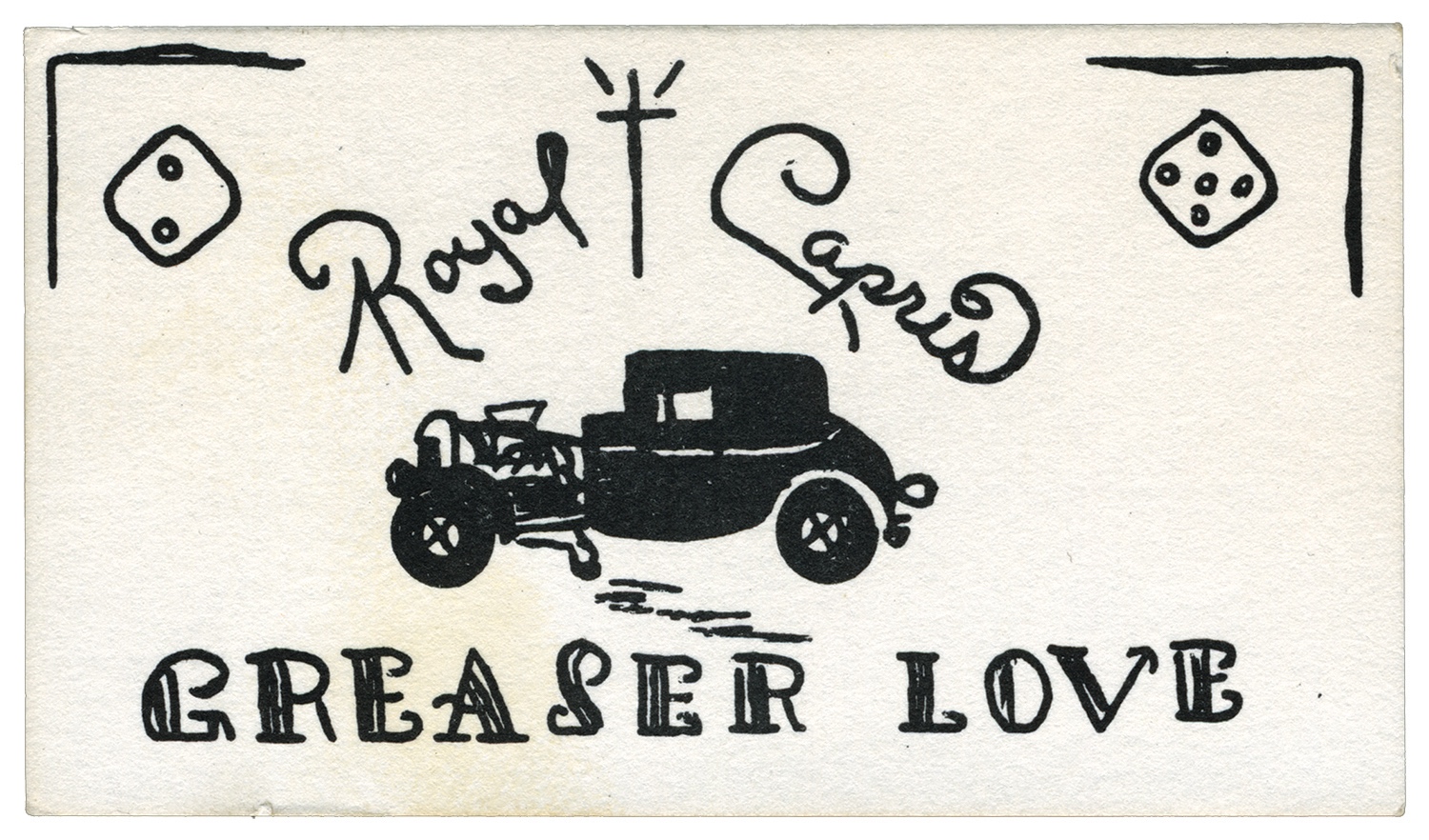 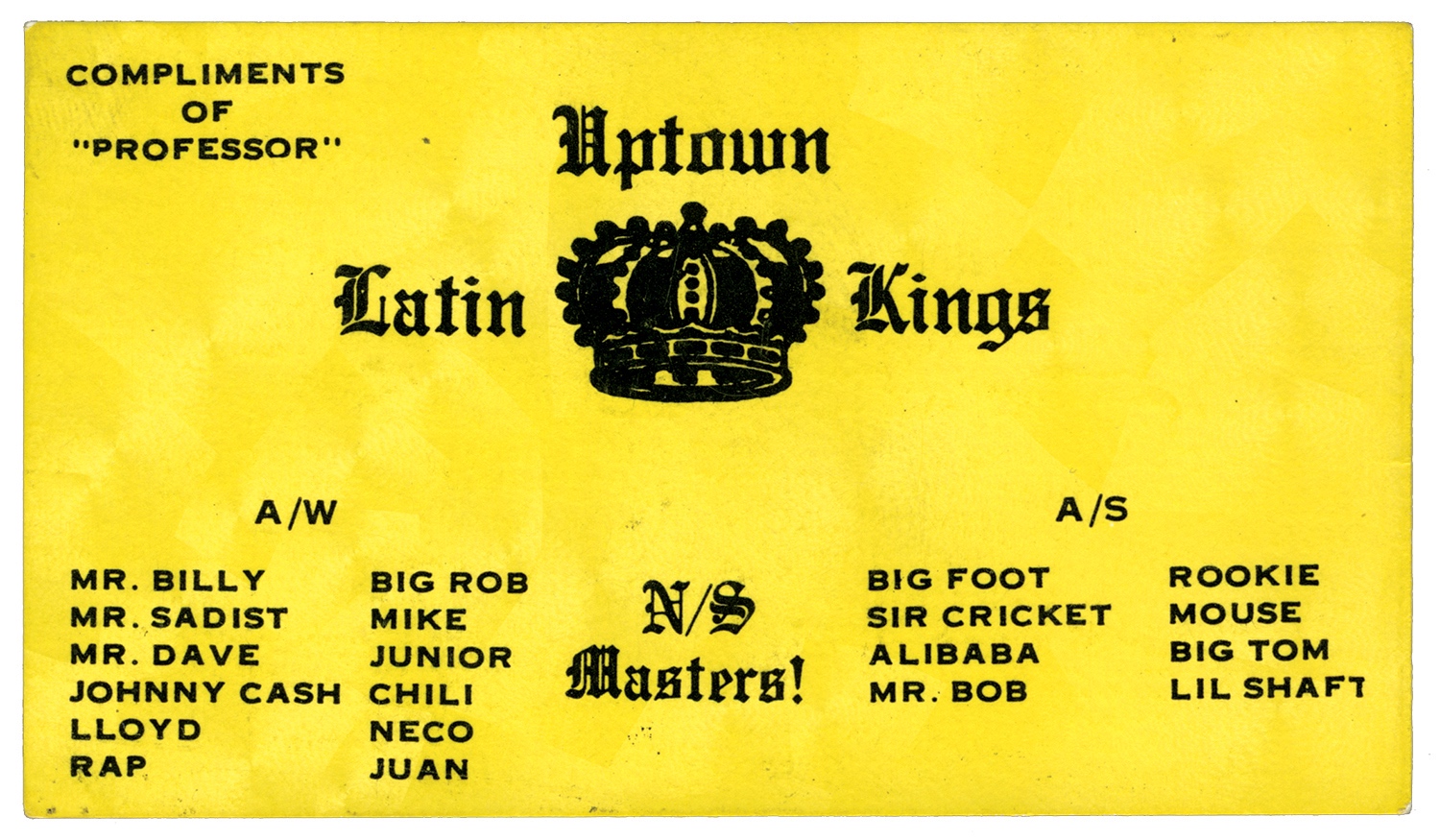 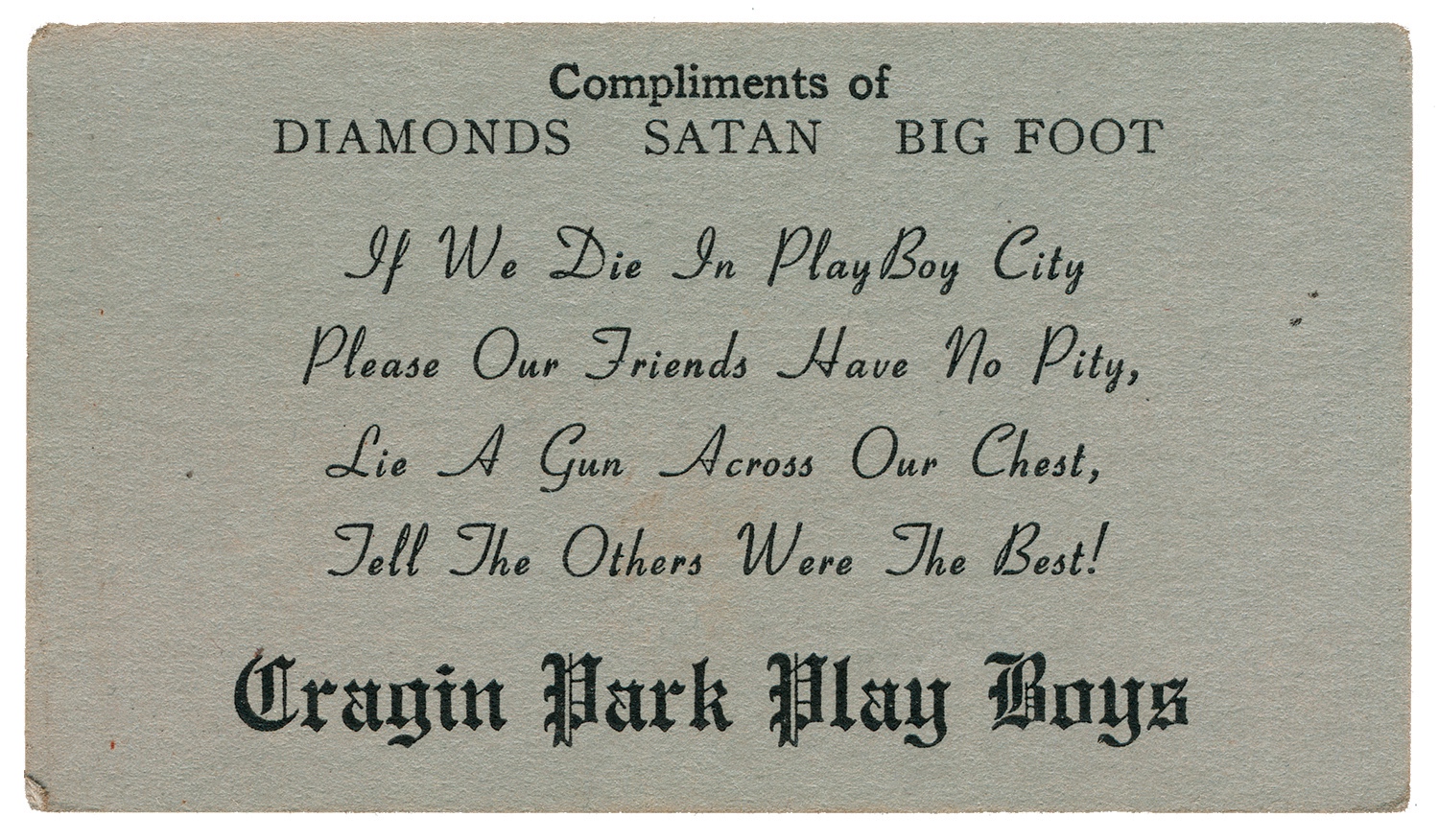 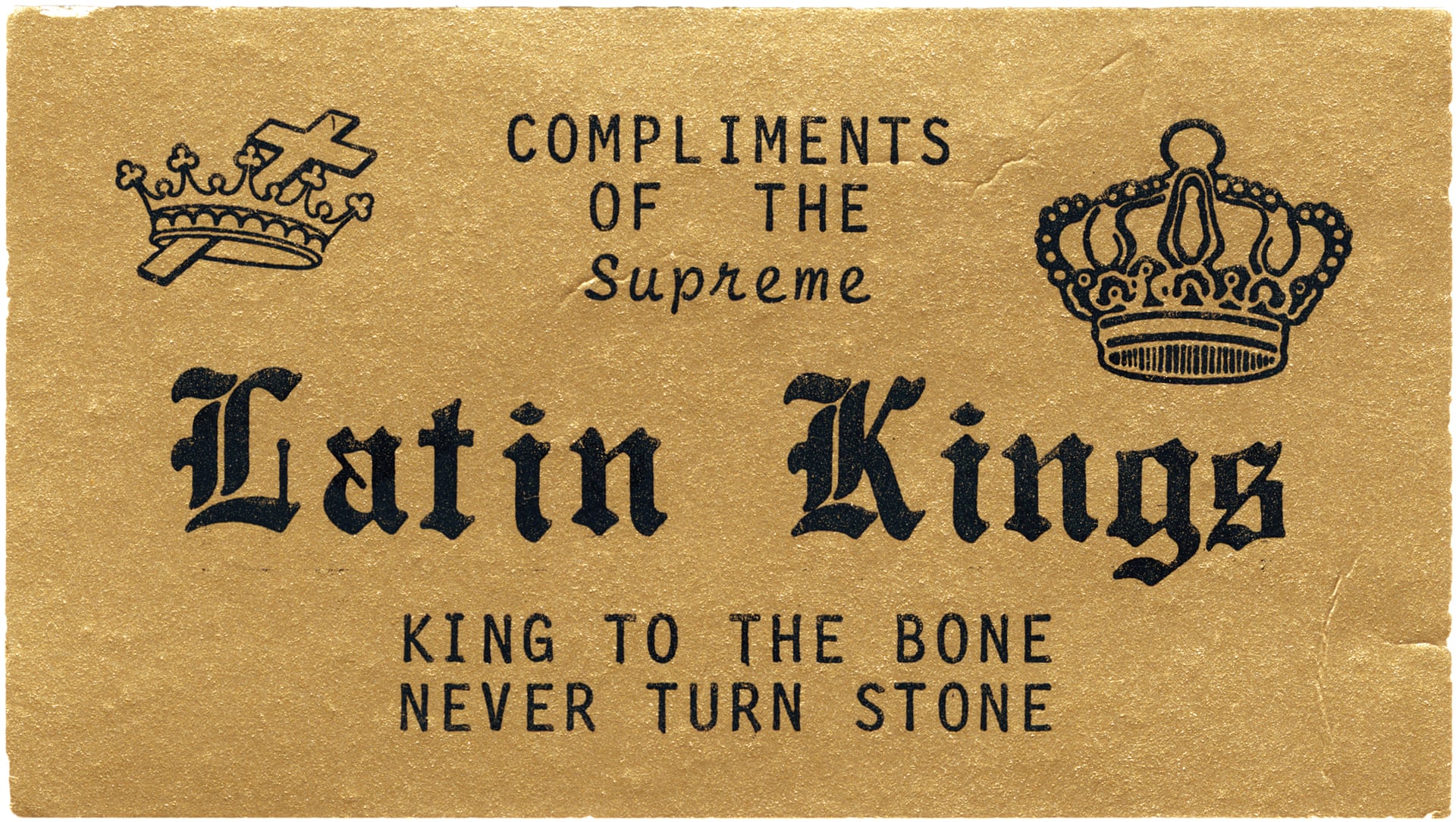 “Who doesn’t love a shiny gold business card? On a design level, it’s a great use of three fonts, including the classic blackletter style found on many of these cards. I rank the word “supreme” highly and the slogan here is devastatingly concise. The Latin Kings were founded in 1953, originating from four groups, the Mexican Kings, Royal Kings, Coulter Kings, and Imperials, that served as protection for Latino youth against bullying by white greaser gangs. The Latin Kings later expanded into an extensive crime syndicate and are now the largest Latino street gang in Chicago” 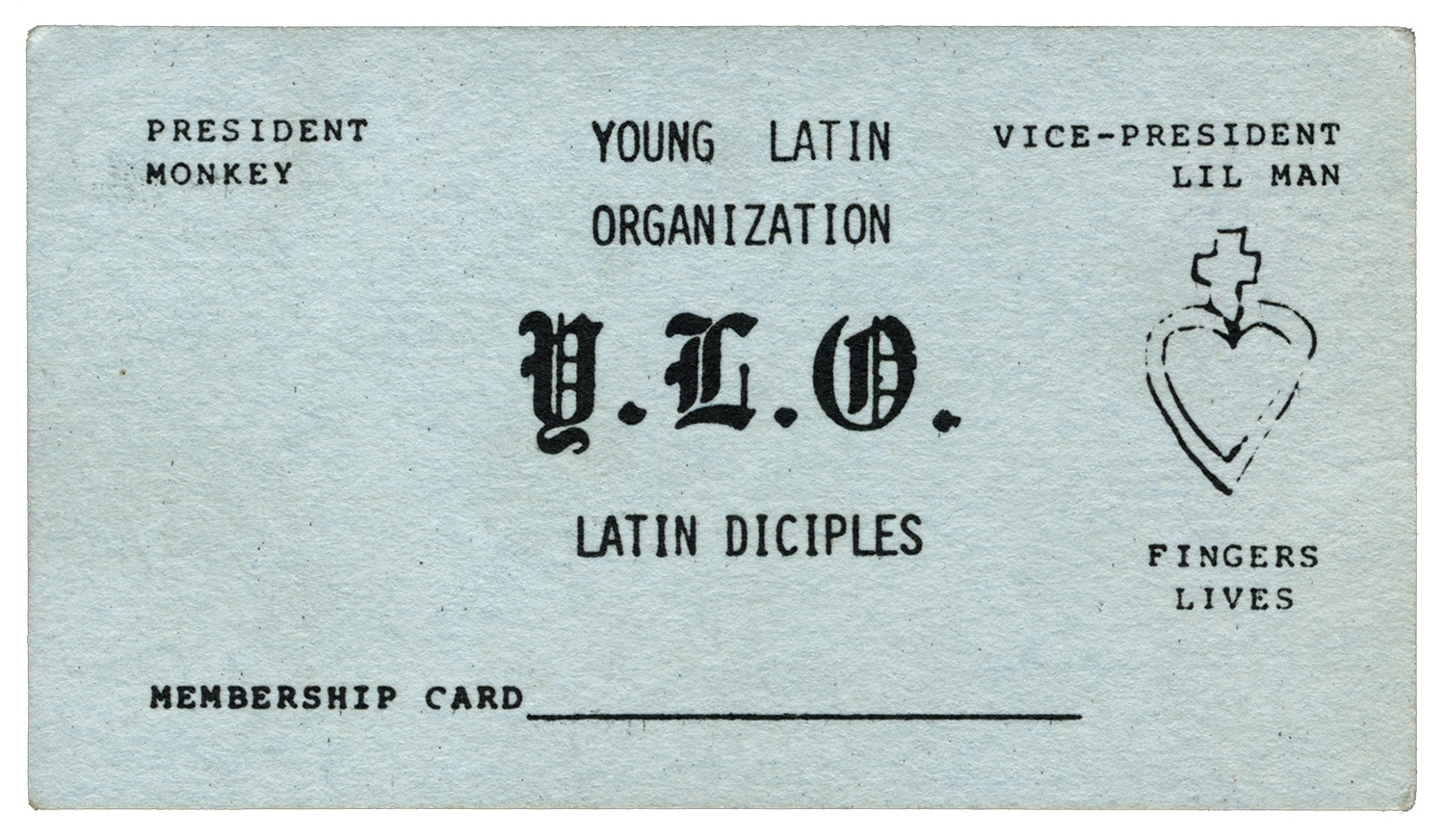 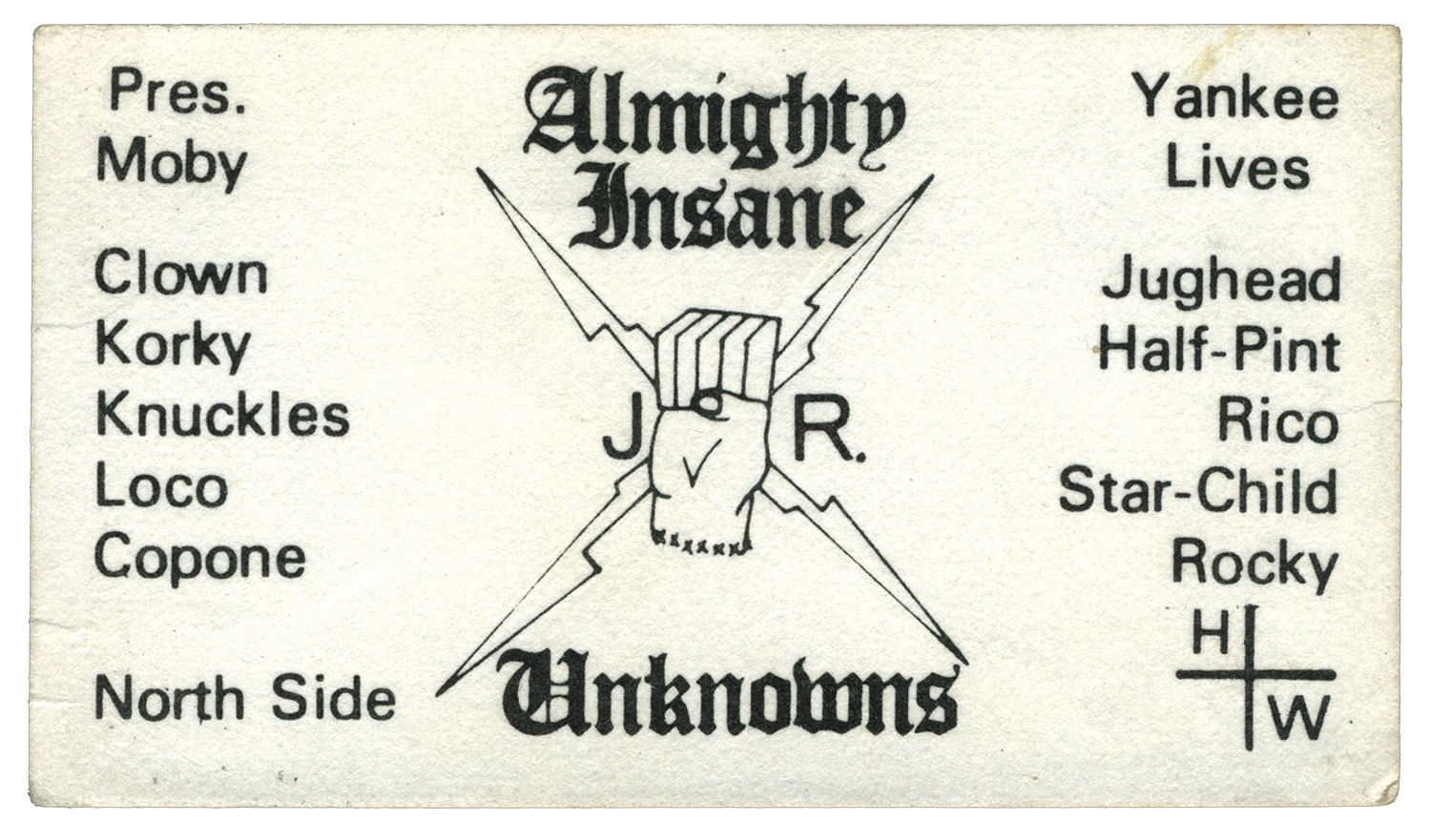 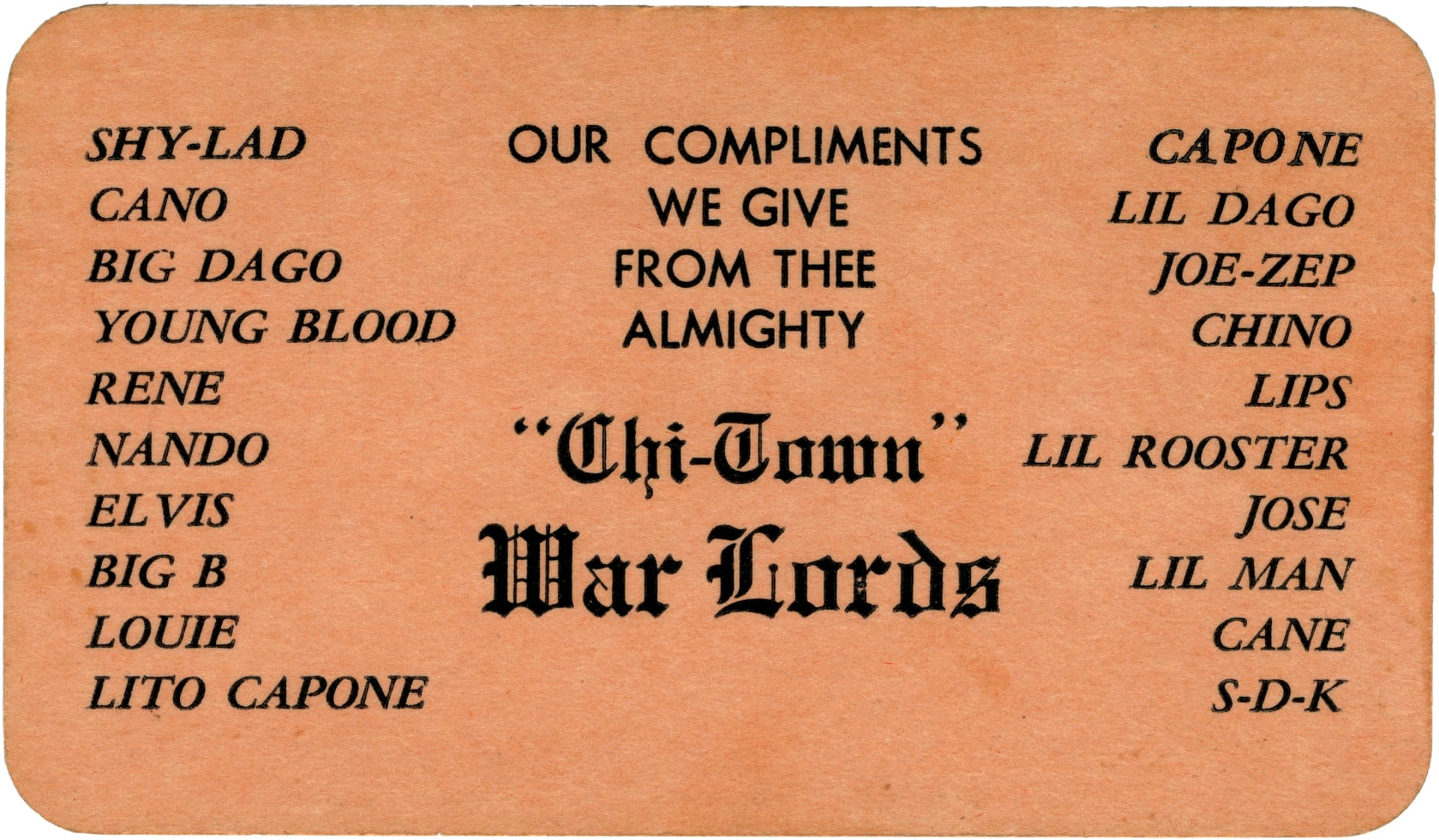 “I like that this card uses the word Chi-Town prominently, one of Chicago’s well-known nicknames. It also has some excellent member nicknames – Shy-Lad (a nod to the pronunciation of Chi-town), Nando, Young Blood, Elvis, Lips, and Little Man. You can also see where the moniker “compliment cards” comes from. The history of the Warlords is a little hazy, but they were known to operate in Bucktown and Wicker Park. Their colours were black and orange, hence the colour of the card. The Warlords ceased activity in 1990” 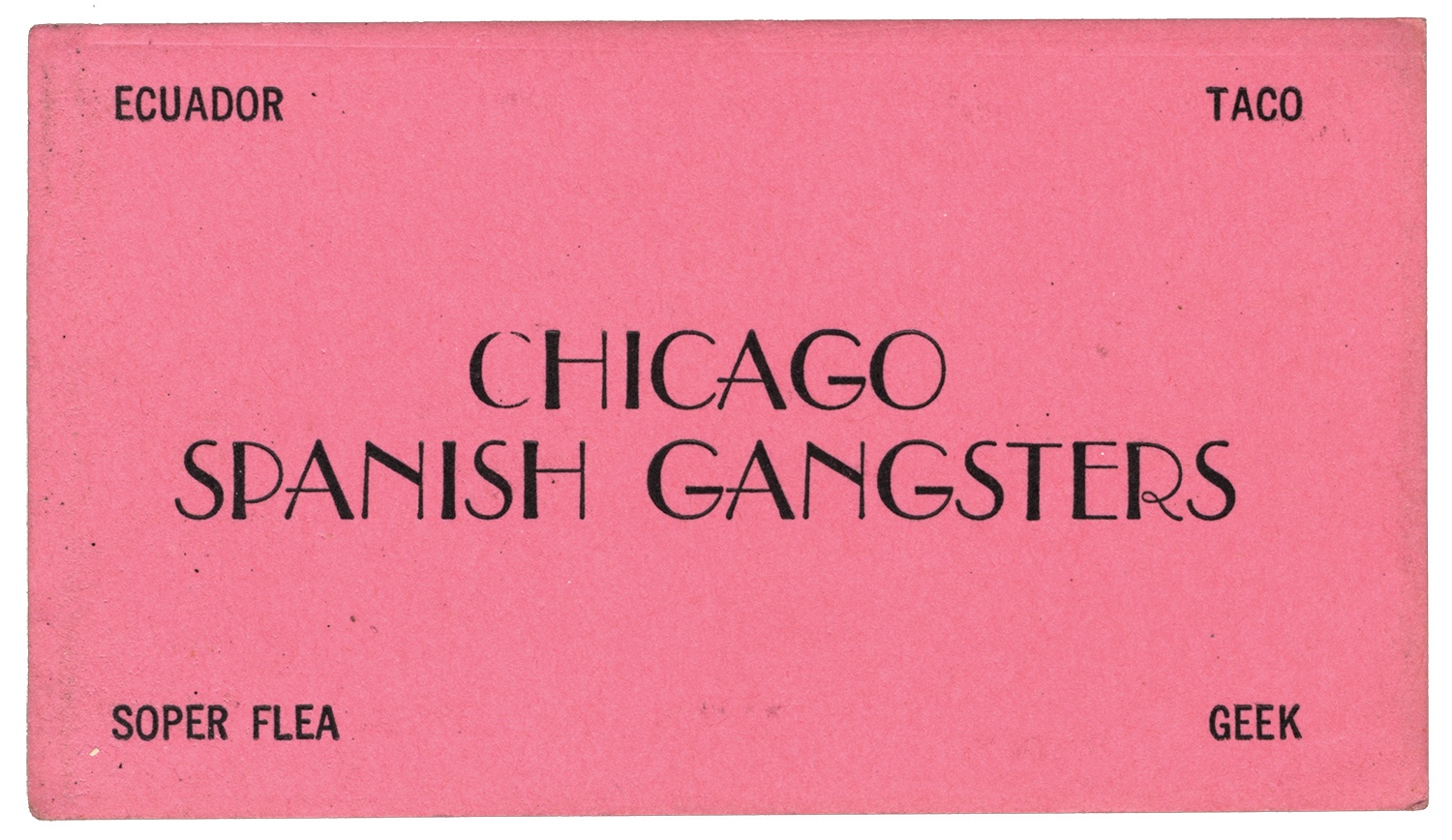 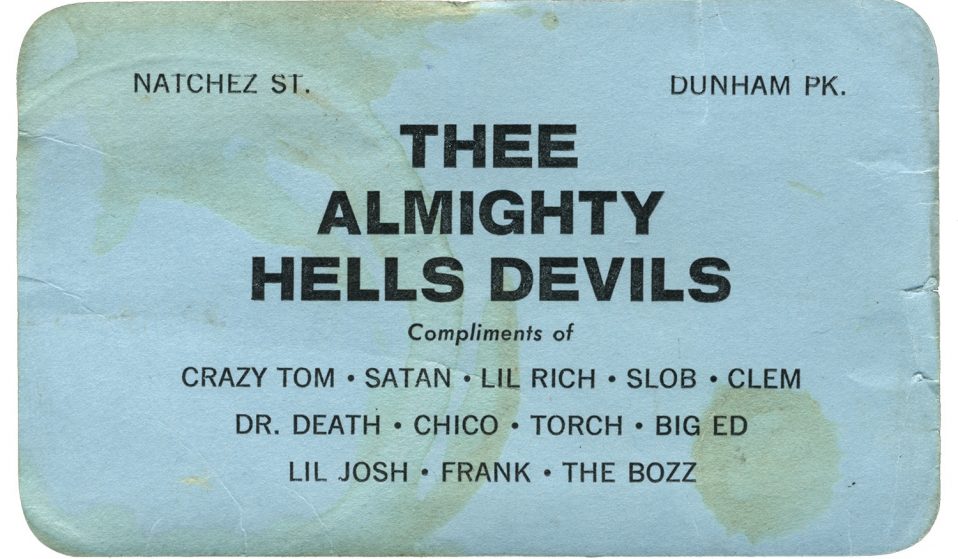 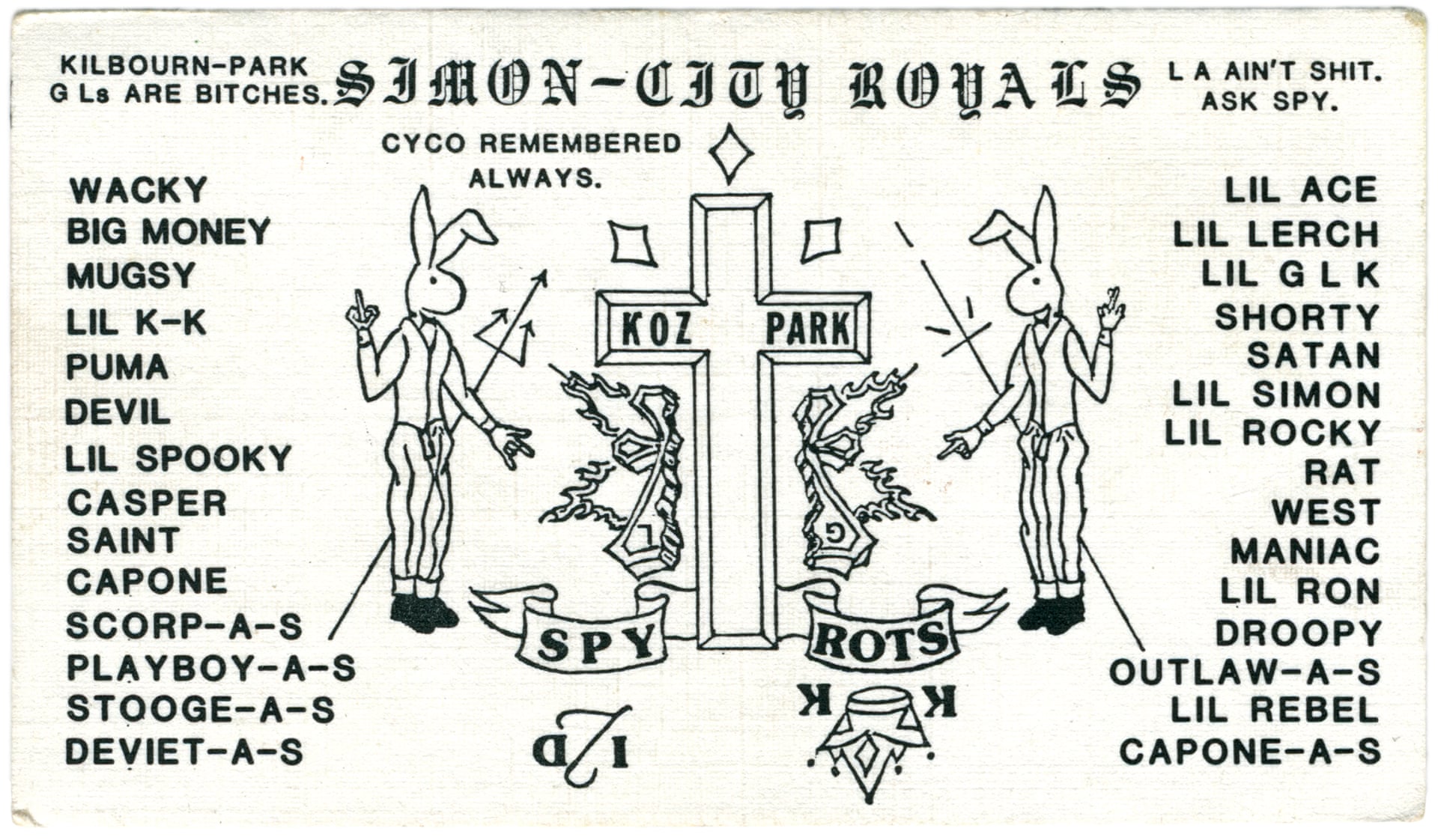 “This card has a lot going on. In the middle is one of the symbols of the Simon City Royals – a cross with three slashes above. The broken flaming cross represents the Almighty Gaylords (a longtime enemy) with an upside down G and L to make this point clear. Two rabbit figures with bent ears are another symbol of the Royals – the rabbit on the left is throwing up a middle finger and throwing down a Latin Kings crown sign as a form of disrespect. A pitchfork indicates allegiance to the Folk Nation. The other rabbit has crossed fingers, another sign of the Royals, and the Gaylord’s L hand sign” 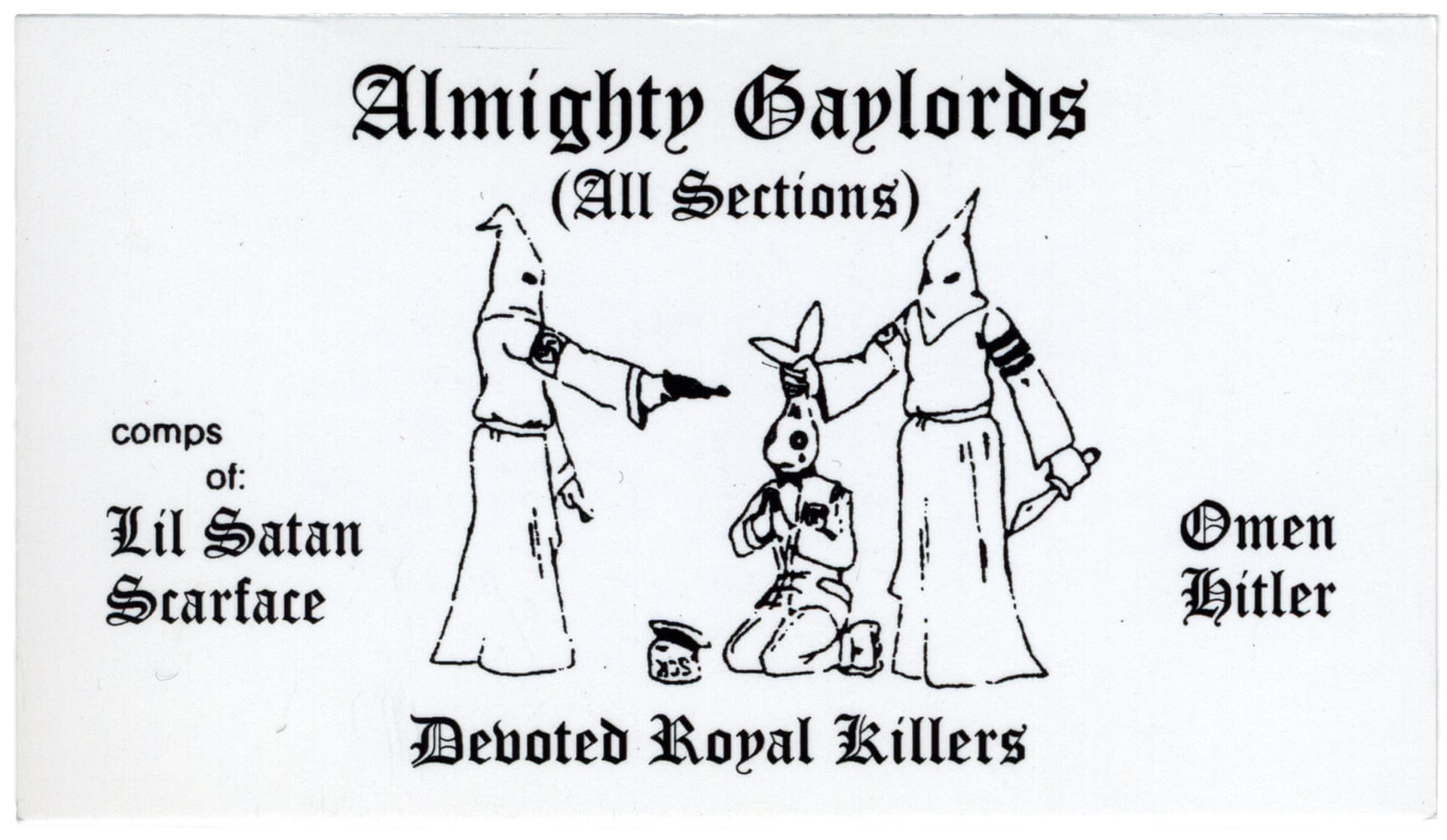 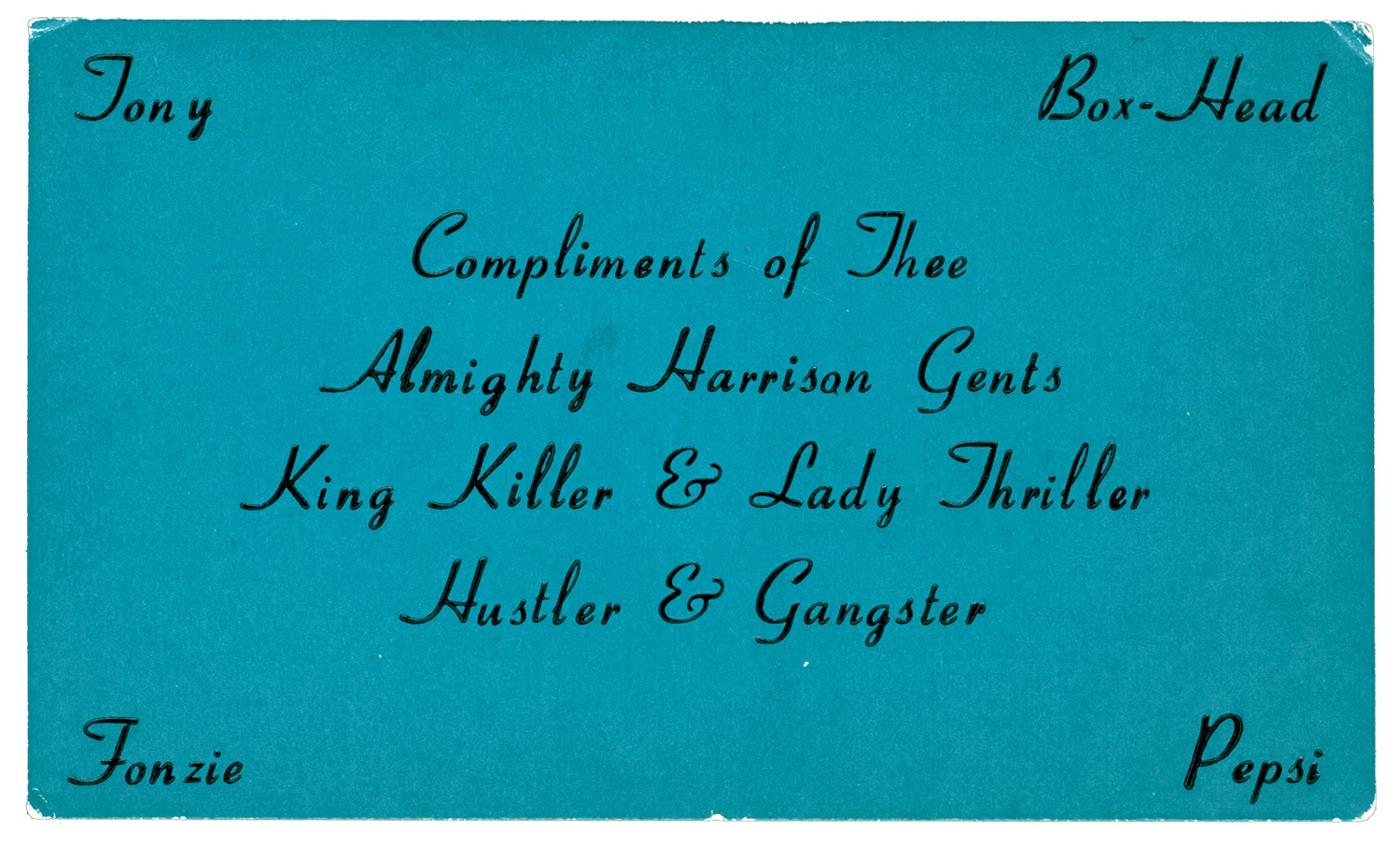 Via: Guardian, Thee Almighty And Insane