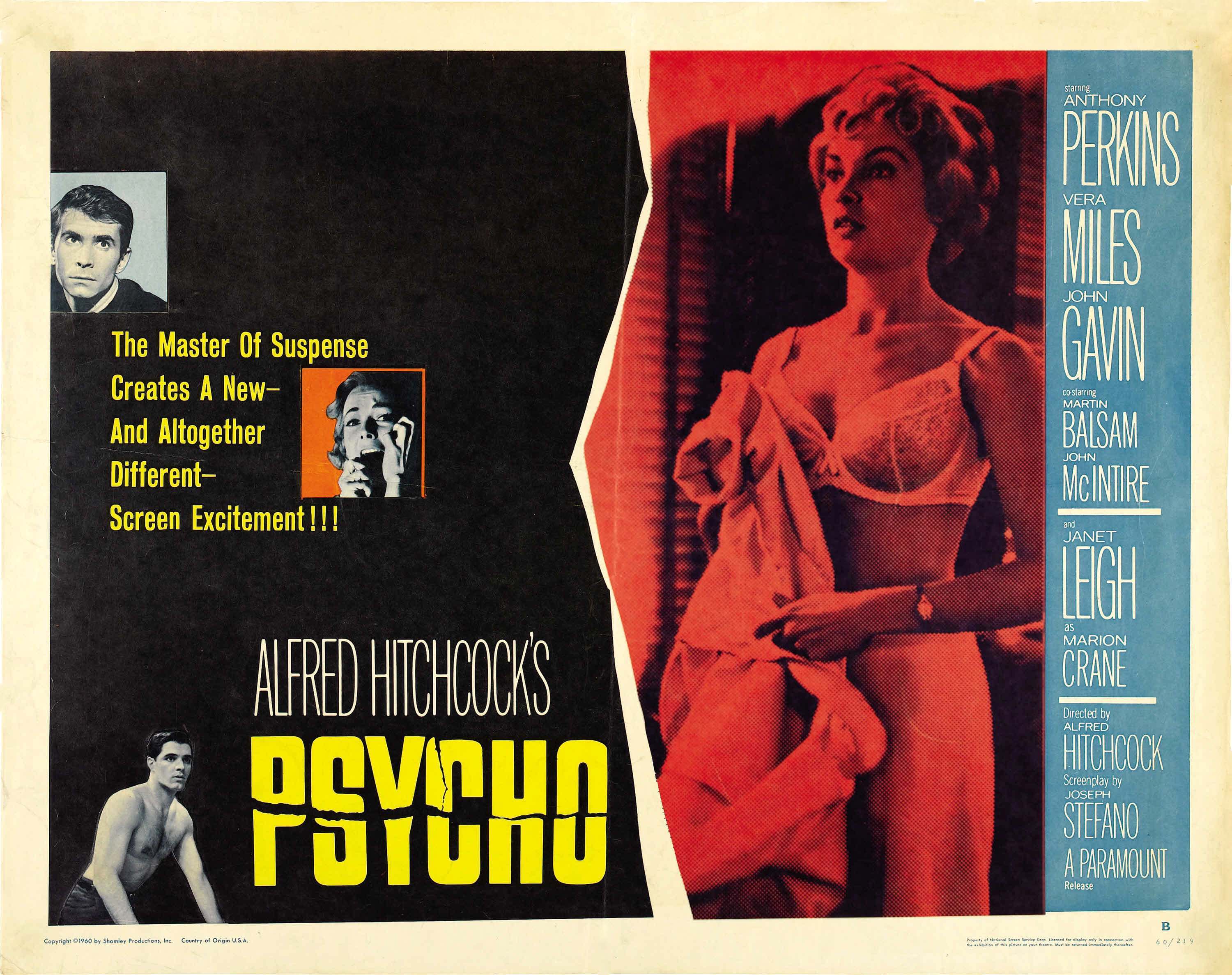 On release, Alfred Hitchcock’s Psycho (1960) was not only a huge box office success and a magnet for controversy regarding its violence, the film also set the horror genre on a brand new trajectory.

Suddenly, new horror movies found themselves slavishly aping the twists and turns of Psycho, which include “The Janet Leigh Trick” (killing off a major character early in the action), the red herring killer (whose surprise identity is revealed in the final act), and the “realistic” psychological reason of his or her dementia (a condition such as schizophrenia, for example).

Meanwhile, other Psycho knock-offs attempt to recast the twisted Bates family dynamic (and Oedipal Complex…) in a new fashion.

With those qualifications in mind, these are the five most blatant Psycho knock-offs: 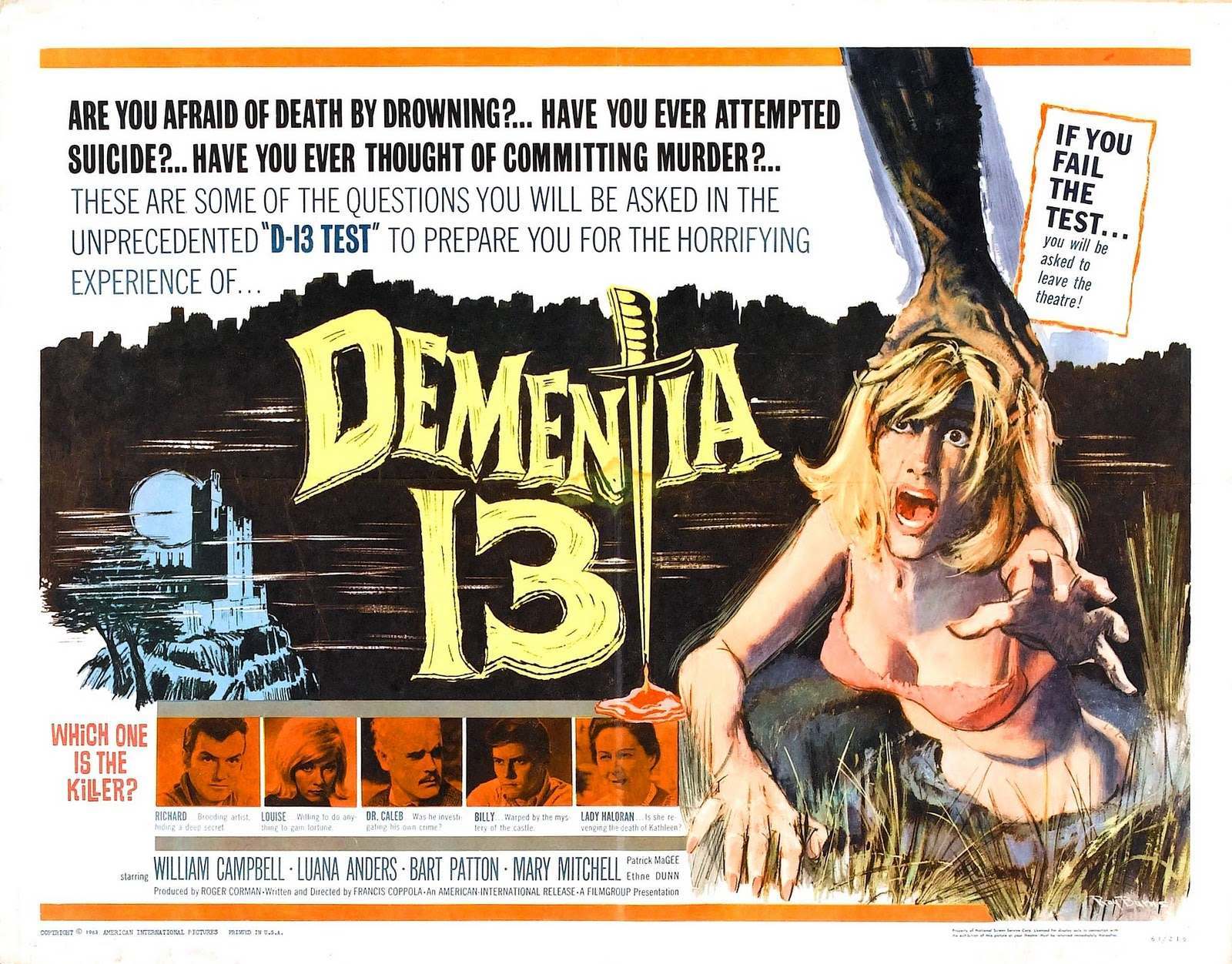 Francis Ford Coppola’s directorial debut was made for just twenty-two thousand dollars under the auspices of producer Roger Corman, and it had a simple task: to imitate the psychological, violent mode of Hitchcock’s masterpiece. It succeeded.

Dementia 13 is the tale of the Haloran family, a moody Irish clan who — even after seven long years — reunite annually to celebrate the anniversary of a family drowning. Three brothers (Richard, John and Billy) and sick Mama all miss darling little Kathleen, the only sister among the boys. But she died under mysterious circumstances in the pond and now every year, the matriarch works herself up to the point of hysteria at Kathleen’s graveside.

This year, John — who suffers from a bad heart — has brought along his manipulative wife to the family gathering: the delightfully scheming Louise (Luana Anders), a gorgeous, icy blond. She doesn’t understand all the hand-wringing over Kathleen, and she certainly doesn’t understand why Ms. Haloran wants to give away all the money in her estate to a charity in Kathleen’s name.

After John unexpectedly dies of a heart attack, Louise attempts to write herself into the family will, and then usher Mama Haloran off the mortal coil so she can collect  a big pay day.

Unfortunately for her, Louise is confronted with an axe murderer, and this Psycho knock-off gets in its Janet Leigh trick.

Also, the film’s killer is revealed as a man-child-type (like Anthony Perkins), who suffers from guilt over the death of a family member. Not over a mother in this case, but a sister, little Kathleen.

Also, Patrick Magee plays a family doctor, and acts as the equivalent of the Martin Balsam/Arbogast character from Psycho. Lastly, Dementia 13 opens with flourishes concerning money and the family will, not unlike Psycho’s focus on the forty-thousand dollars stolen by Marion. Ultimately, the money is a mis-direction. 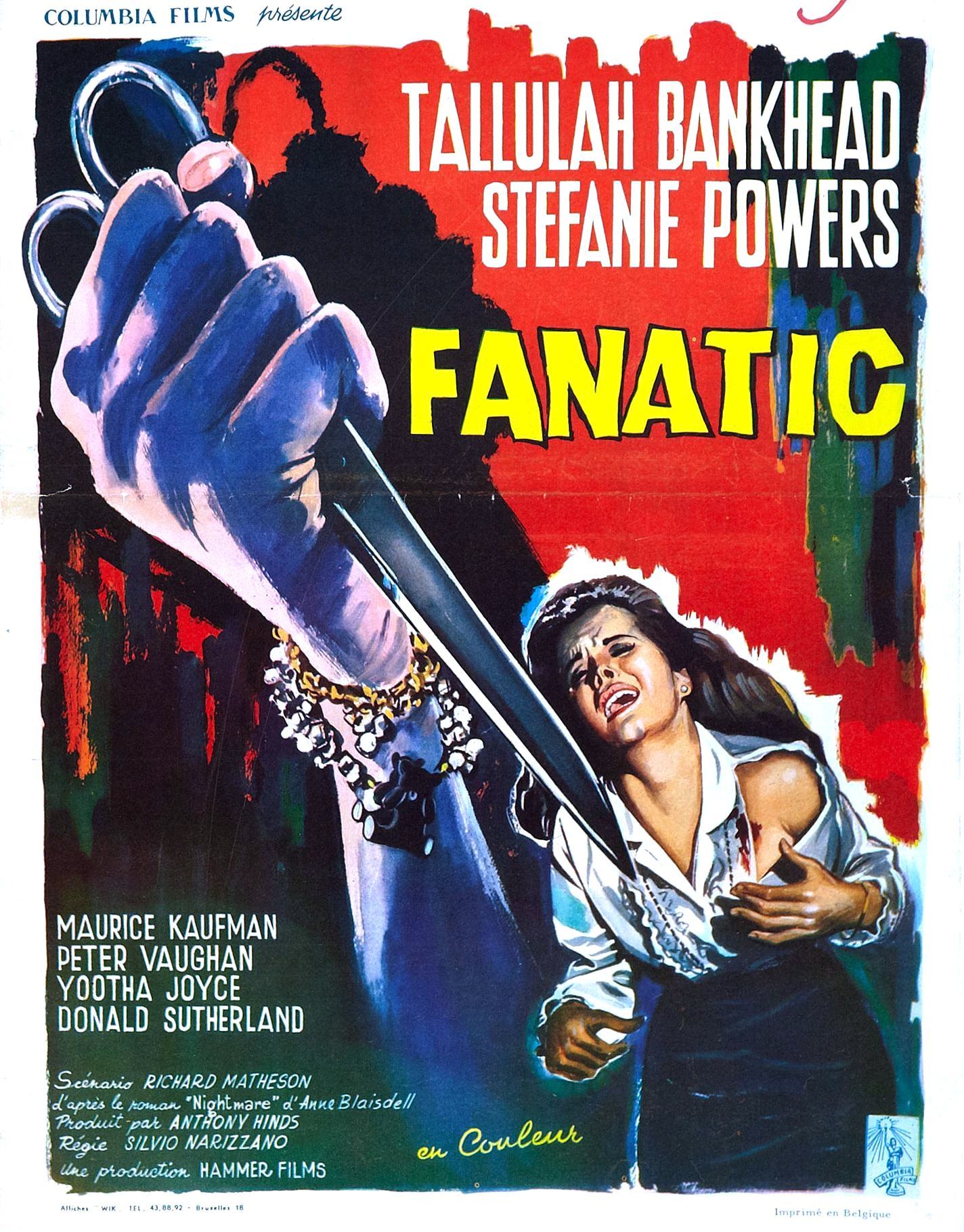 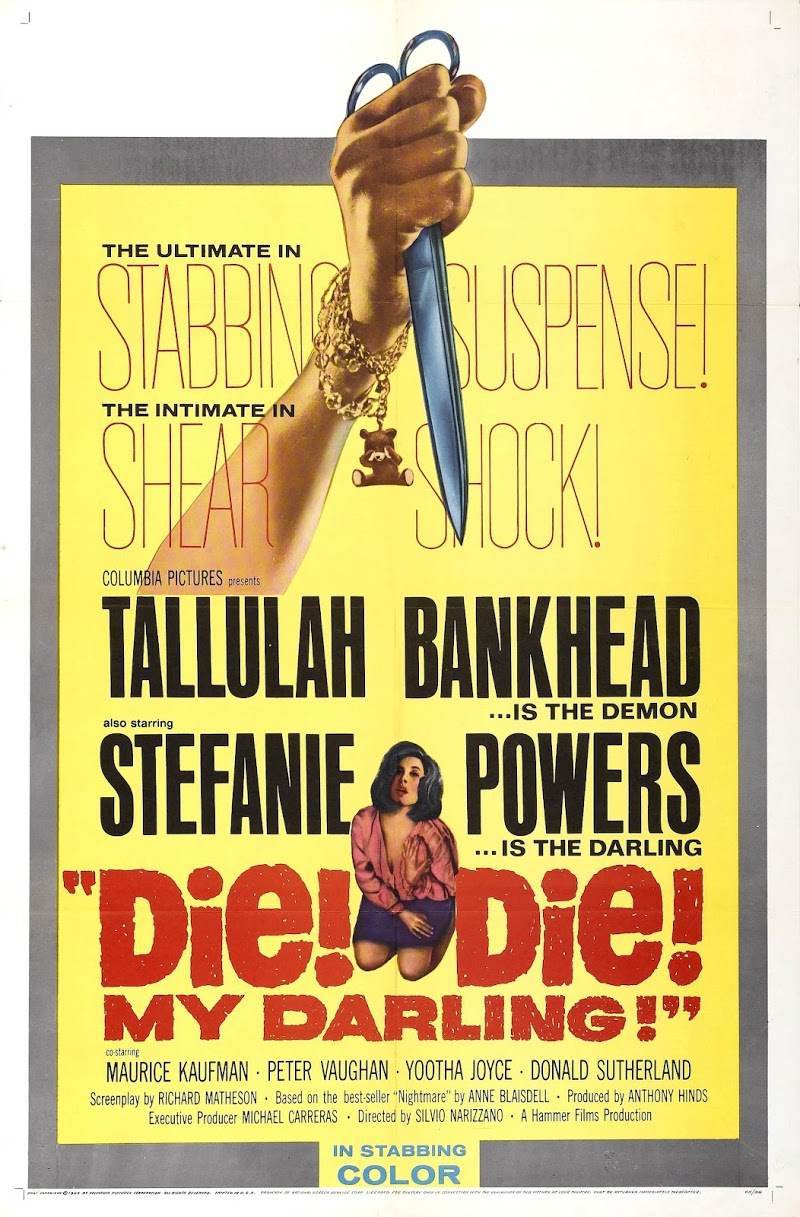 In this film, an American woman in England, played by Stefanie Powers, visits the mother (Talullah Bankhead) of her deceased boyfriend, whom she had once intended to marry.  Mom, however, has never gotten over the death of her son, and holds the young woman captive in a remote English village.

Having gone over-the-edge, this wacked-out and ultra-religious matriarch now plans to cleanse the young woman, and send her right to Heaven…to be with her son.

In this case, the mother/son dynamic of Psycho is again invoked, and in a sense, reversed.  Here a Mad Mother can’t let her dead son go, and pursues an insane agenda with him in mind. 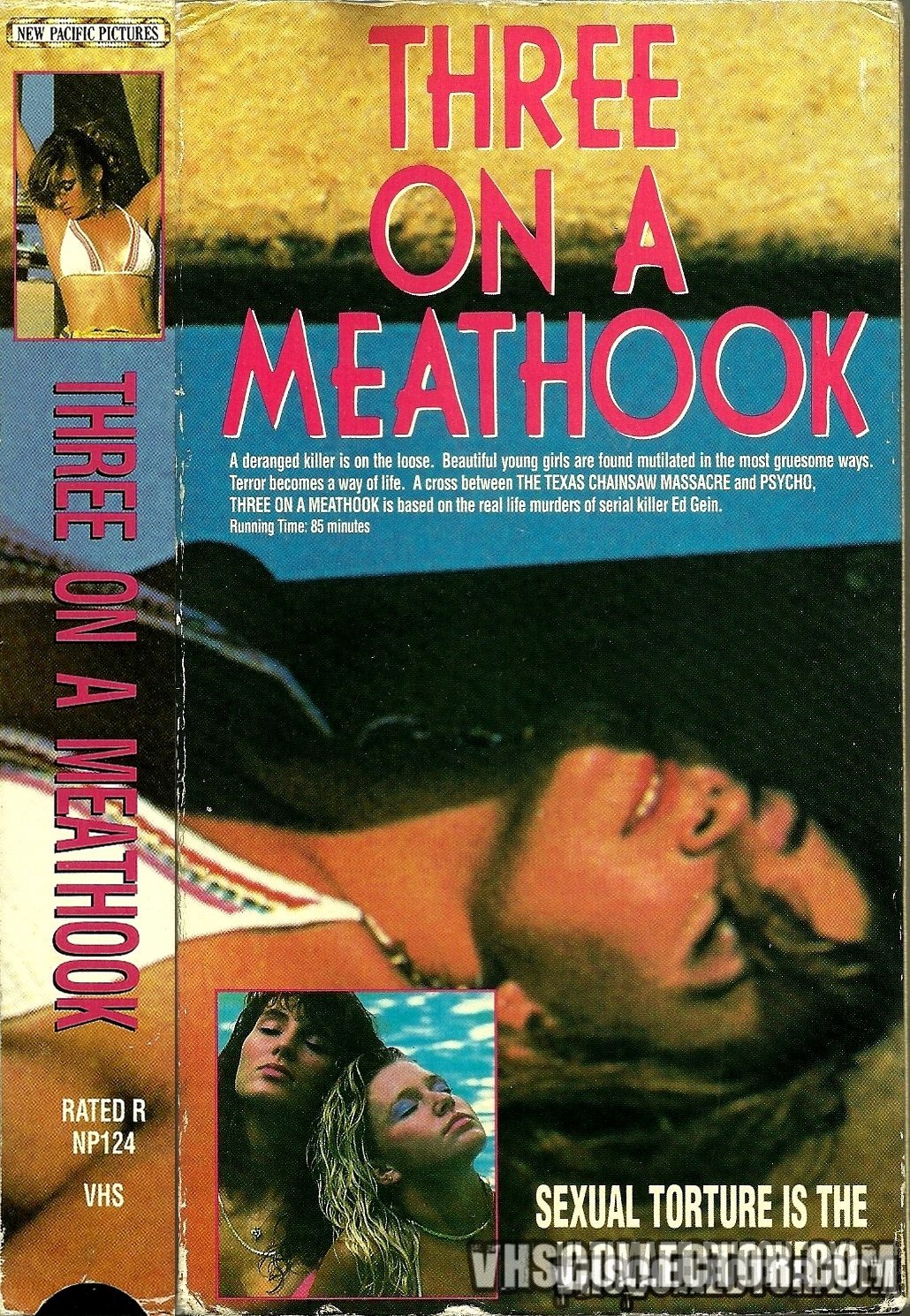 Kentucky filmmaker William B. Girdler was known as the king of the rip-offs in the 1970s for his knock-offs of Jaws (Grizzly) and The Exorcist (The Manitou). He also directed this low-budget knock-off of Psycho.  The film concerns a naïve man-child (again!) named Billy (James Pickett) who lives with his father (Charles Kissinger) and who suspects that he may be a brutal murderer.  He can’t be sure because he often suffers black-outs.

Three on a Meathook is based on the same source material as Psycho was — the Gein case — but it is clear that Girdler sought to more directly ape Psycho in terms of his film’s structure and outline.

To start with, both films commence with a long camera pan across a modern metropolis. In Psycho, it’s Phoenix, AZ, and here it’s Louisville, KY. Then, immediately following this exterior pan we cut to a hotel room where a sexual liaison is occurring. Unlike Hitchcock, Girdler is able to show his actress in the scene sans blouse.

Following a murder in the bathroom (in a tub, not a shower….), Billy’s father offers to clean up, and it isn’t clear which of the two men is the murderer. Later we find out that Billy is innocent and that his Pa is protecting Billy’s mother, a psychotic who has “succumbed to cannibalistic instincts.” He has kept her locked up in the house for years — like the corpse of Ma Bates – hoping society won’t learn about her.

After the murders are resolved, Three on a Meathook almost literally note-for-note repeats Psycho’s talky “restoring order” ending wherein a psychiatrist explains at length the details of the case. Just as Simon Oakland discussed Norman Bates’ schizophrenia in Psycho, the psychiatrist character here goes on at great length about Pa Townsend’s psychosis.

And finally, in time for the film’s last shot, Three on a Meathook cuts to Pa in a padded cell, who, just like Norman, will spend the rest of his life incarcerated. 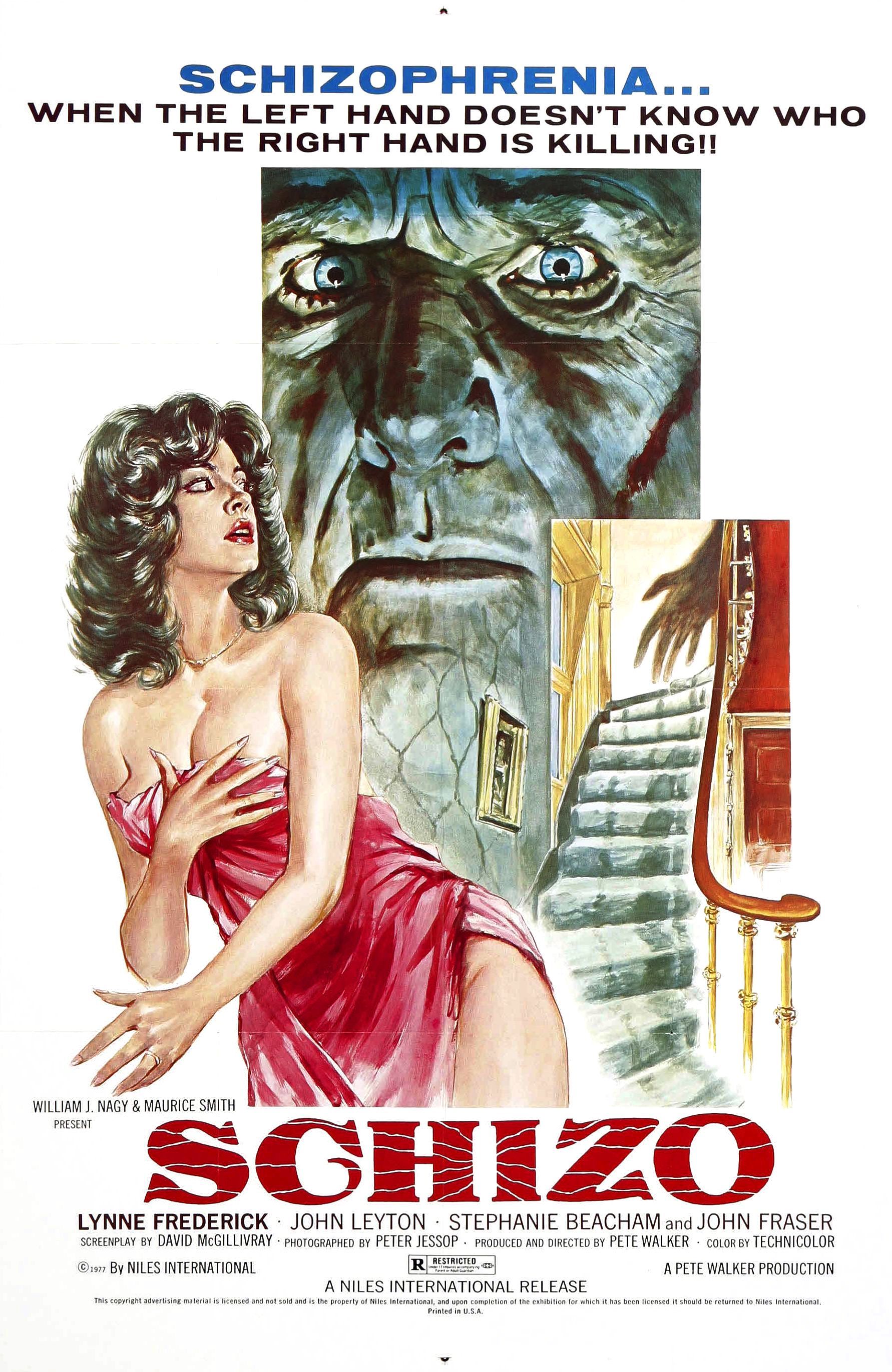 Advertised with the delicious tag line “when the left hand doesn’t know who the right hand is killing,” Schizo is the story of Samantha Gray (Lynne Frederick), a popular London ice skater with a tragic past.

Samantha becomes convinced that the recently paroled man who killed her mother years earlier, William Haskin is now planning to kill her. Her psychiatrist doesn’t quite believe that such a plot could exist, but Haskin looms ever closer, and Samantha’s life truly seems in jeopardy.

In the end, however, we get the old Psycho switcheroo.

Haskin is not the murderer, but the man who took the fall of Samantha…who actually killed her own mother. Turns out Samantha is schizophrenic, and always has been, and has repressed the memory of the murder.

Also like Psycho, Schizo is dominated by violent death scenes. One character gets a sledge-hammer to the skull, another a knitting needle to the face. 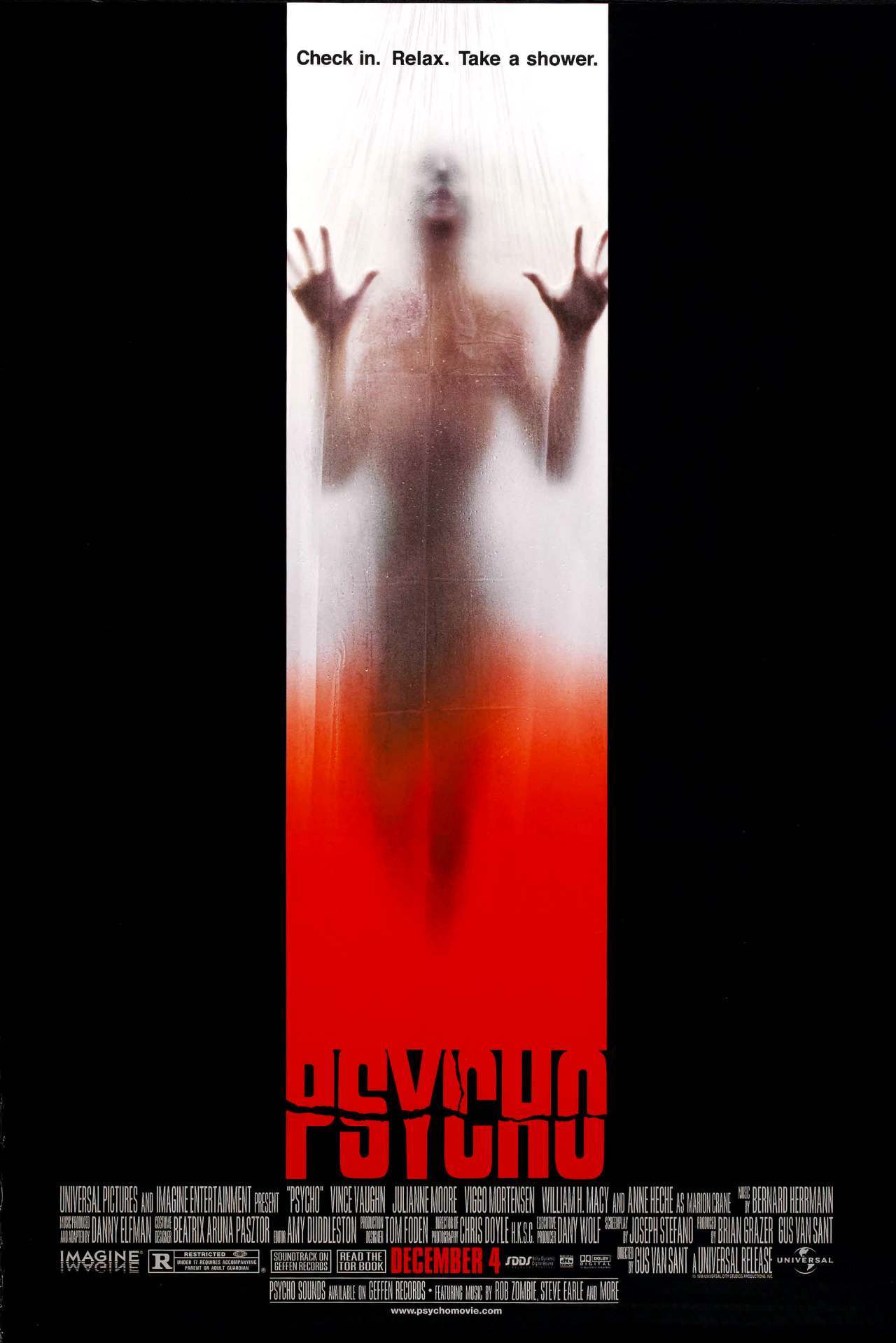 Are you shocked that this Gus Van Sant shot-for-shot remake made the list? This film is the most blatant Psycho knock-off of all, appropriating the franchise characters and situations, and then colorizing them for modern audiences.

With an inferior cast including Anne Heche and Vince Vaughn, the film reveals that the magic of Psycho cannot be captured by hauling out the same script, or even by using the same shot-list.

The Hitchcock film’s creative equation is much more than a simple laundry list of ingredients: the Janet Leigh Trick, the red herring killer and so forth, and this film learns that lesson the hard way.

To really “ape” Psycho successfully, what the remake needed was a new method of shocking audiences, or perhaps a new structural or character approach that would have had the same impact on 1998 viewers as the Janet Leigh trick had on audiences in 1960. The remake resolutely fails on those terms.  Call it Psycho-Lite.