IN 1941,  Charles A. Ridley of the British Ministry of Information added footage of Leni Riefenstahl’s Triumph of the Will to the music of Me and My Girl. 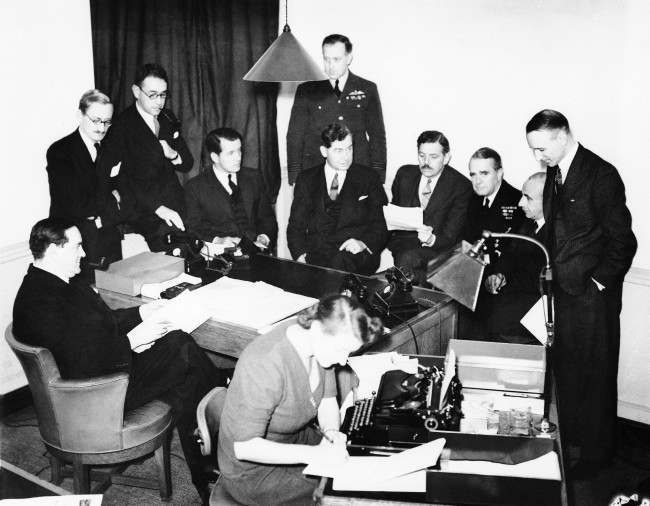 A meeting of executives of Britain’s Ministry of Information in London, Oct. 6, 1939 before the announcement that that much criticized body would be decentralized, returning most of its news dissemination tasks to individual government departments.

The musical features The Lambeth Walk, the song of which The Times commented in October 1938: “While dictators rage and statesmen talk, all Europe dances — to The Lambeth Walk.” 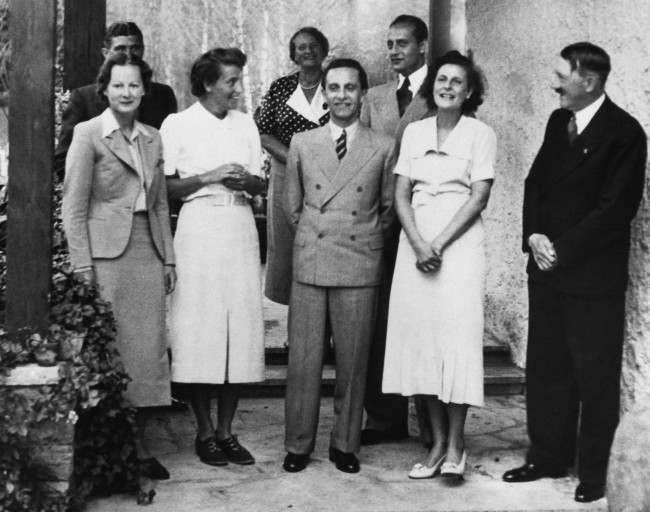 A member of the Nazi Party heard the song and in 1939 said The Lambeth Walk (which was becoming popular in Berlin) was “Jewish mischief and animalistic hopping”.

Was it that good? 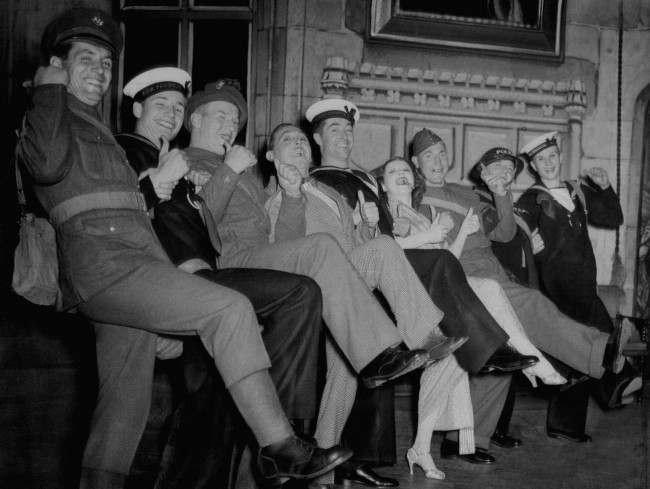 Soldiers and sailors joined principals of ÂMe and My GirlÂ, musical comedy, in the Lambeth Walk on the stage of the Victoria Palace in London after a performance, Oct. 6, 1939.

* The film so enraged Joseph Goebbels that reportedly he ran out of the screening room kicking chairs and screaming profanities. The propaganda film was distributed uncredited to newsreel companies, who would supply their own narration. This version is from the Universal Newsreel company: “The cleverest anti-Nazi propaganda yet! You will howl with glee when you see and hear what our London newsreel friends cooked up for Hitler and his goose-stepping armies. The ‘Nasties’ skip and sway in tune to the Lambeth Walk!” 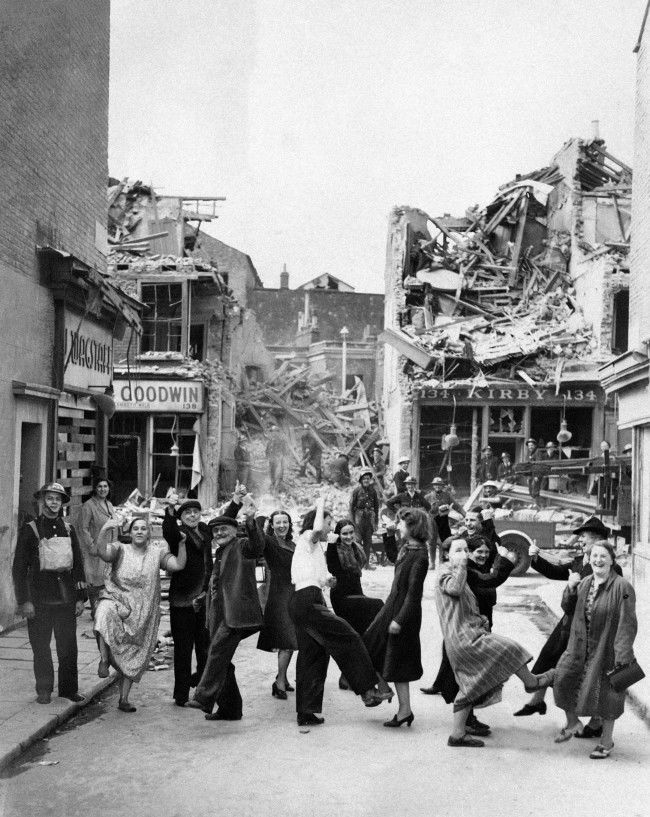 Residents of London’s Lambeth walk doing the dance of the same name in London, Sept. 18, 1940 by way of showing their spirits are still high after bombs damaged the area.

It was billed as “Schichlegruber Doing the Lambeth Walk, Assisted by the Gestapo Hep Cats.” The name “Schichlegruber,” by the way, was also a dig at Hitler. It was the name of his maternal grandmother, whose son Alois (Hitler’s father) was an illegitimate child. Oops!