Well done to vintage collector/dealer Sharon of Sweet Jane’s Pop Boutique blog for spotting this wowser on a Facebook group: a 1971 article in teen fashion and music magazine Jackie about the game-changing fashion outlet Paradise Garage run by Trevor Myles at 430 King’s Road.

Paradise Garage is important because it was the first shop in Britain to import and sell used denim in a meaningful way. Using the astounding environment created by Electric Colour Company, faded and worn denim, sometimes appliqued or patched, was stocked alongside an acutely compiled selection of soon-to-be-familiar dead-stock: Hawaiian shirts, baseball and souvenir jackets, Osh Kosh B’Gosh dungarees, bumper boots, cheongsams and so on. 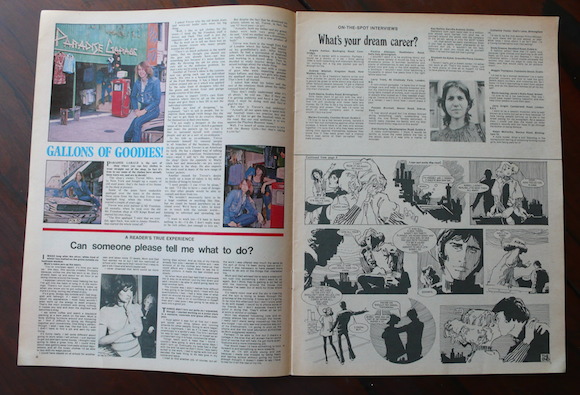 Myles opened Paradise Garage in May 1971 as a reaction to the Pop Art flash he had engineered at Mr Freedom with his ex-partner Tommy Roberts. In the Jackie article he makes a point about fashion and environmental sustainability of pertinence today:

“There’s so much pollution in the world that we thought you should use the gear you already have – not buy something just because it’s fashionable. By throwing the old lot away you only add to the pollution problem. So that’s why we’re using it all up.” 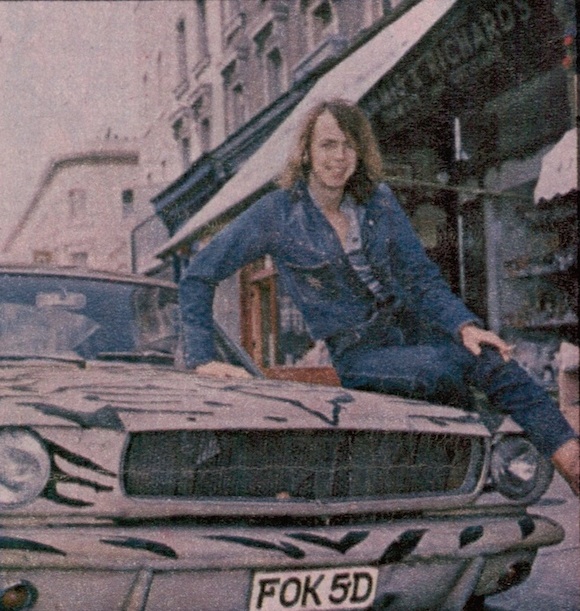 Also interviewed and photographed is shop manager Bradley Mendelson, the New Yorker whose November 1971 encounter with Malcolm McLaren while Myles was absent overseas resulted in the establishment of Let It Rock at the same address.

The publication date of the issue of Jackie – December 4, 1971 – is poignant; by the time the feature appeared Paradise Garage was gone and McLaren and others, including his art-school student friend Patrick Casey and Vivienne Westwood, had taken over the outlet and were refurbishing it to match Mclaren’s radical British take on 50s retromania. 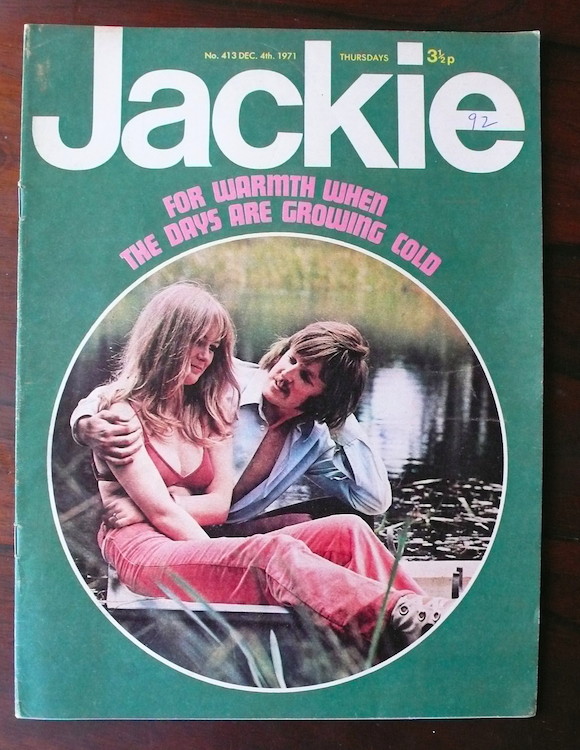