Games are usually played for a ‘pint’ (of beer) – paid for by the loser. The picture shows the players putting the flights in their brass darts before the game. 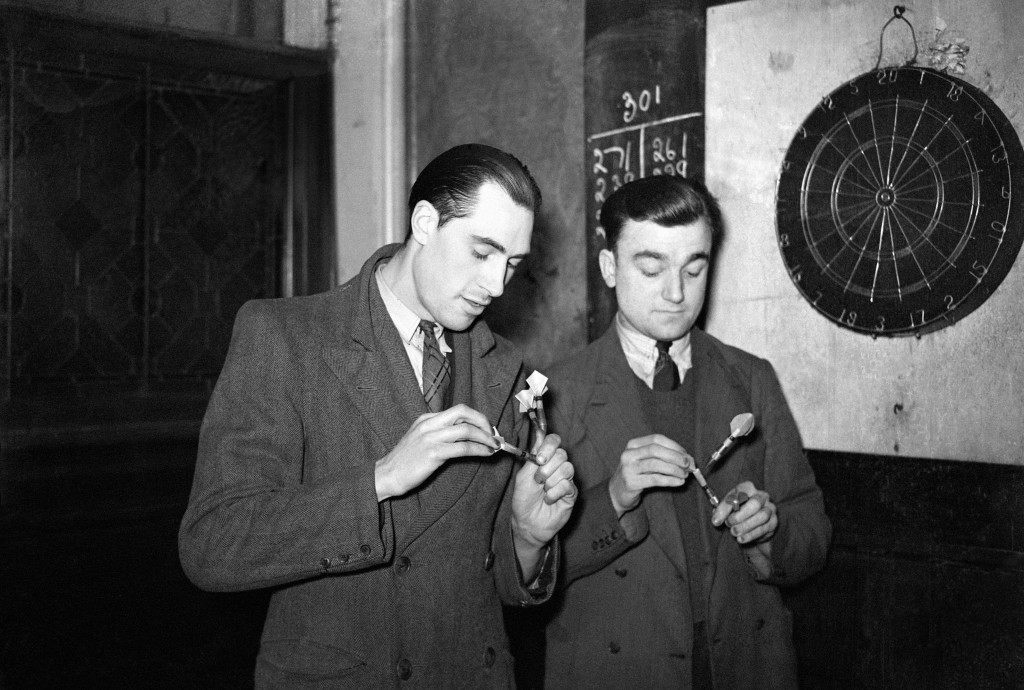 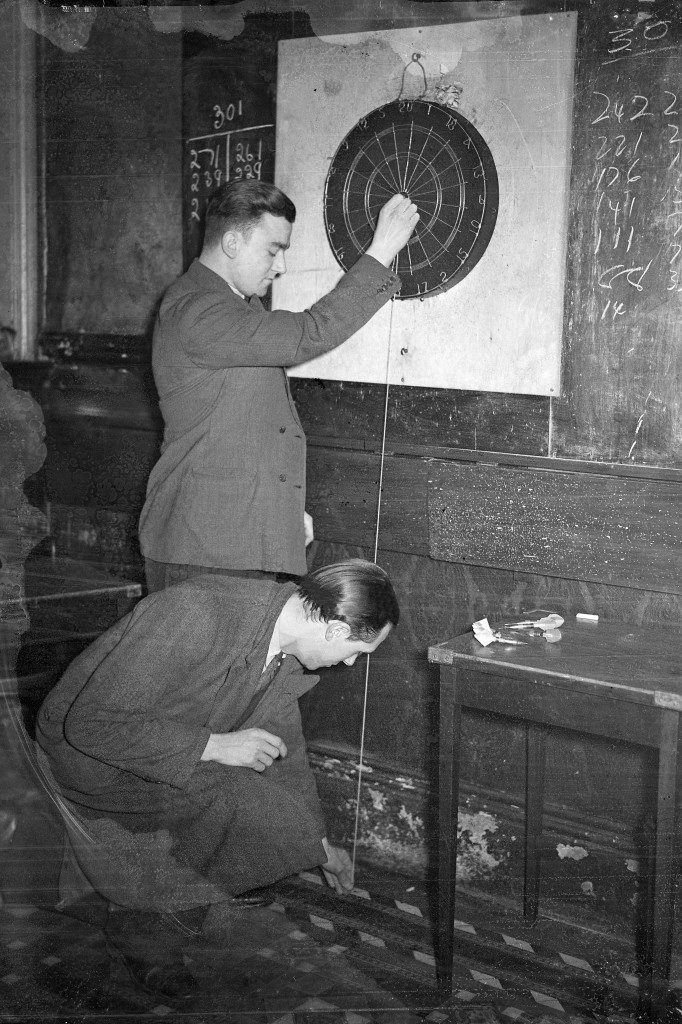 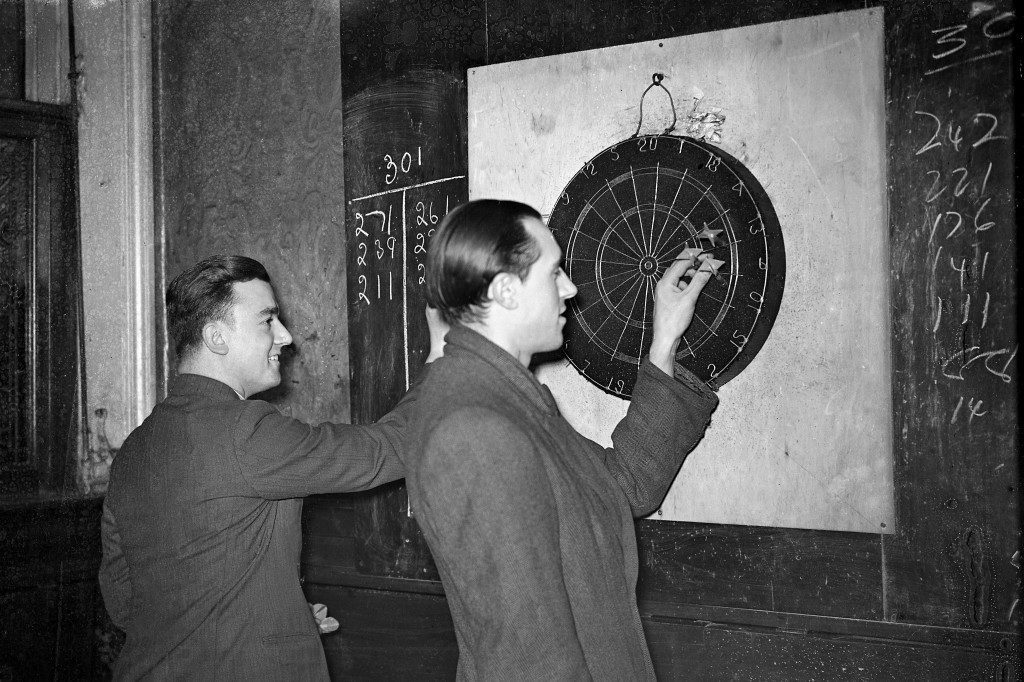 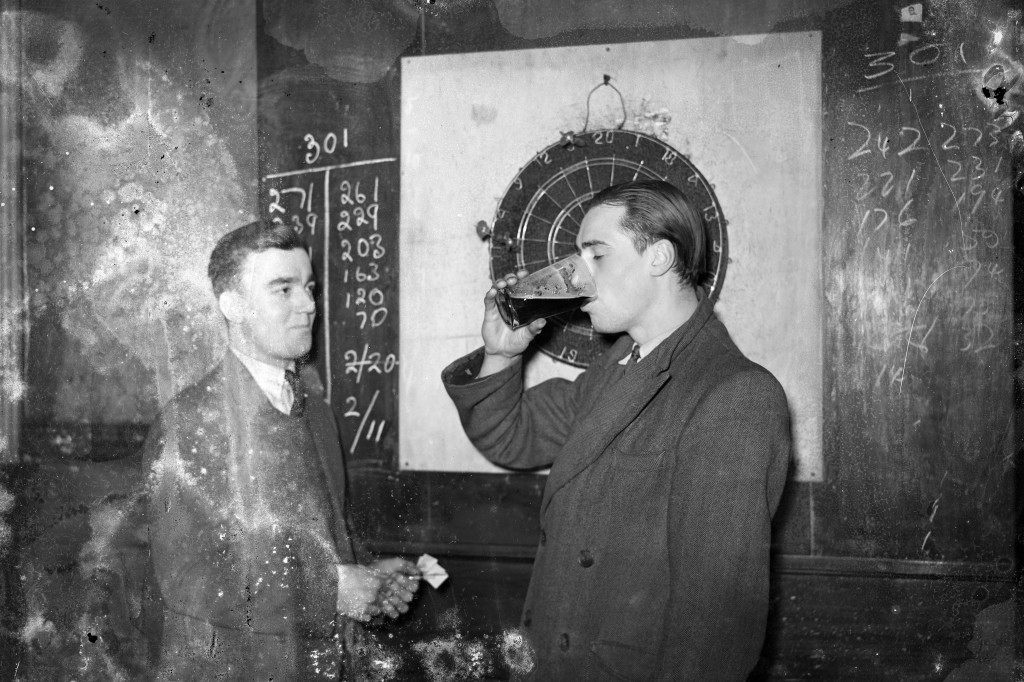