In the 1960s and 1970s Playboy was one of the most popular men’s magazines in the US. It had a circulation that at its peak that was close to an incredible five million copies. The magazine ran ads for years with the byline “What Kind of Man Reads Playboy?” Looking at these ads, which all appeared in Playboy from 1966 until 1977, it seems it was a man who had no fashion sense whatsoever. 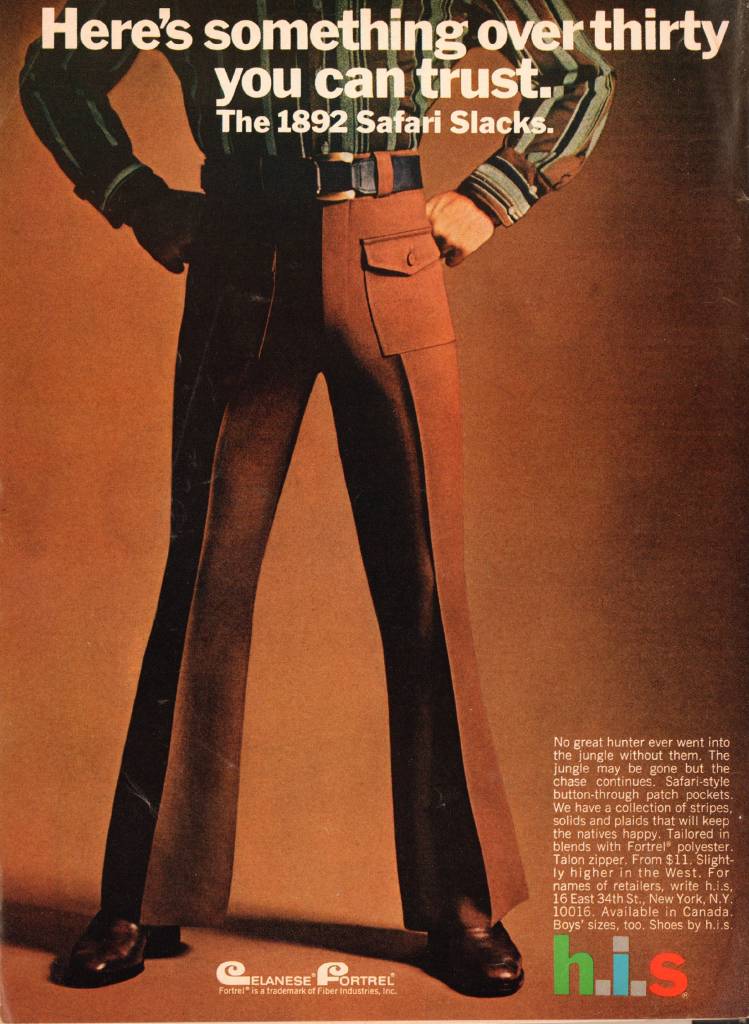 “No great hunter ever went into the jungle without them.” I suspect they did. HIS Slacks, November 1970 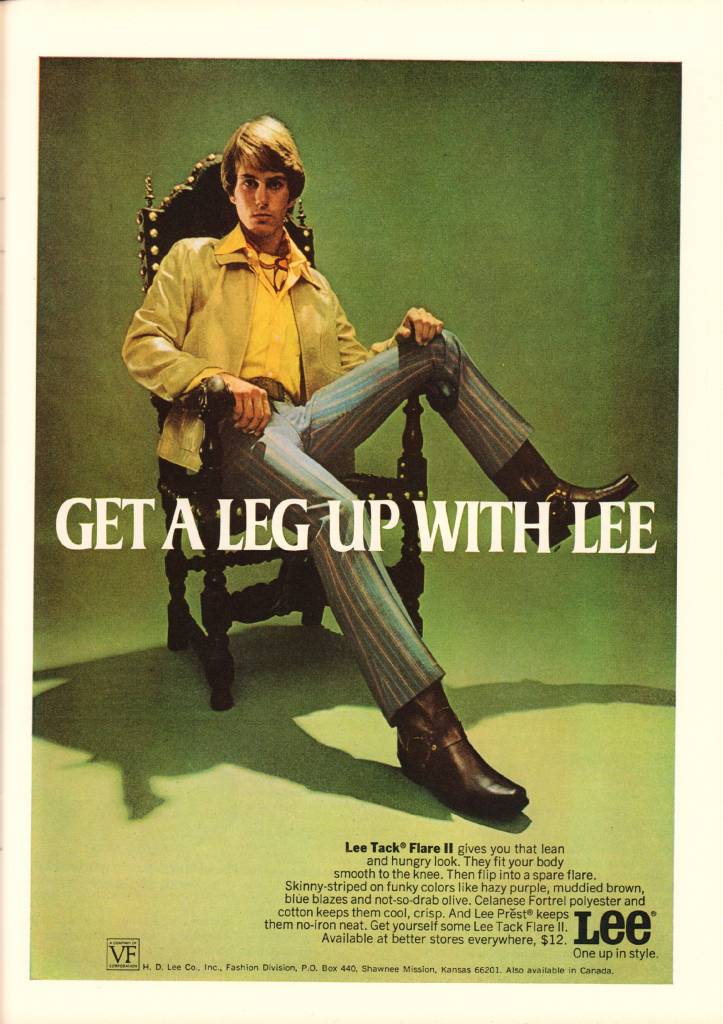 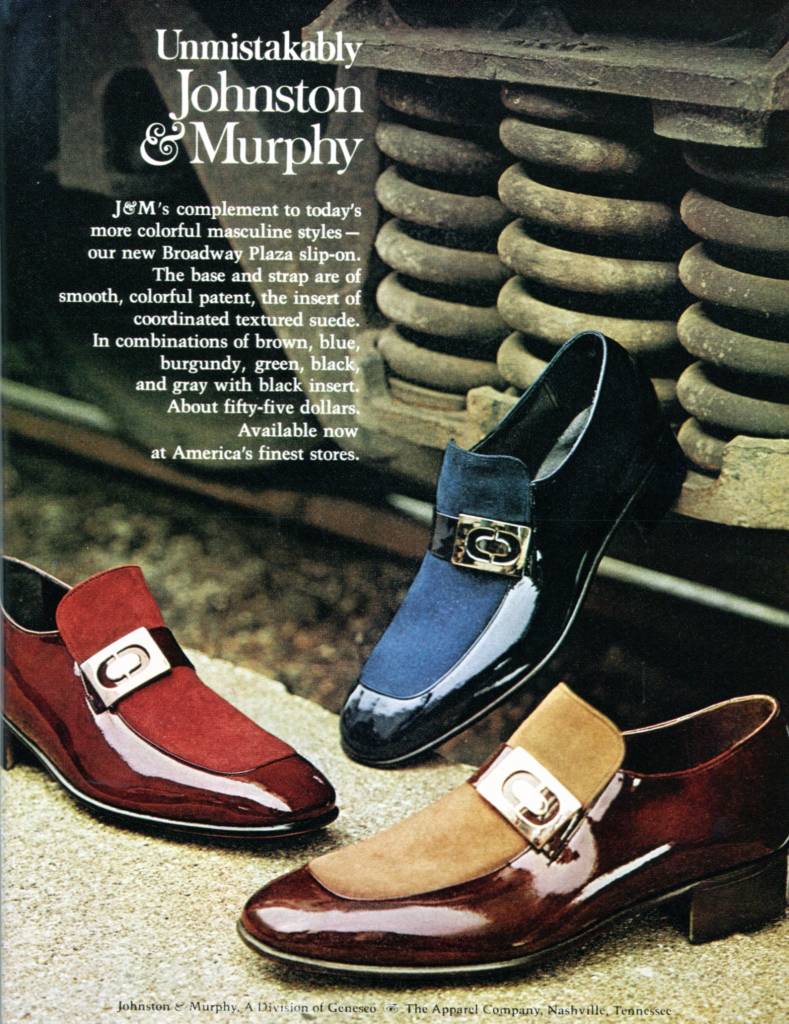 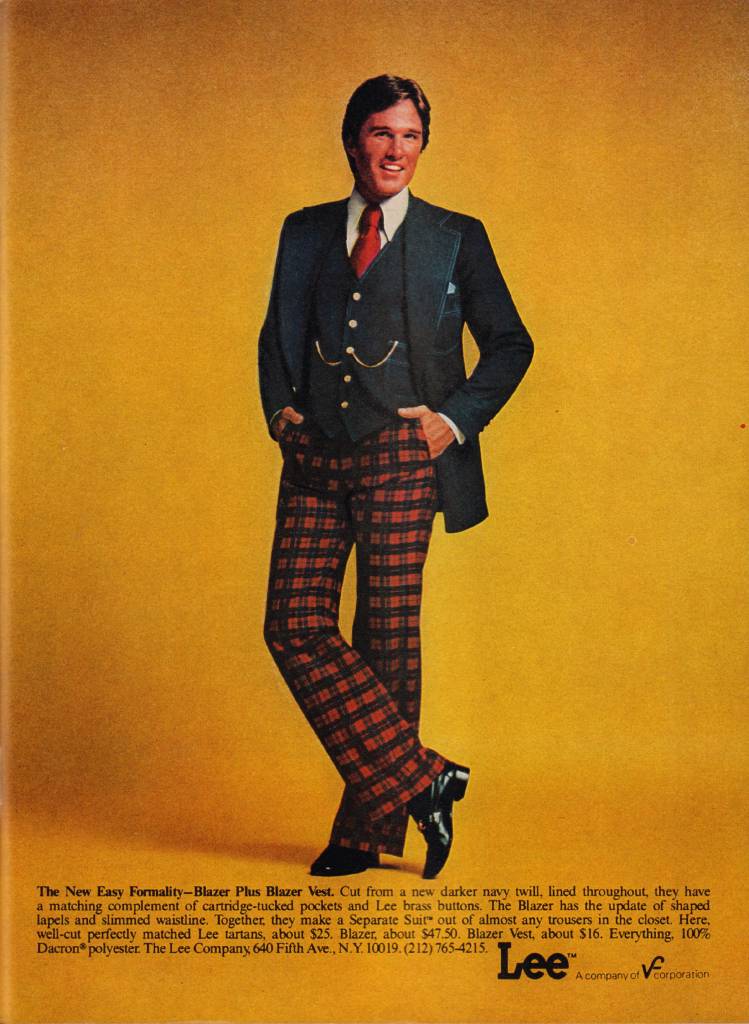 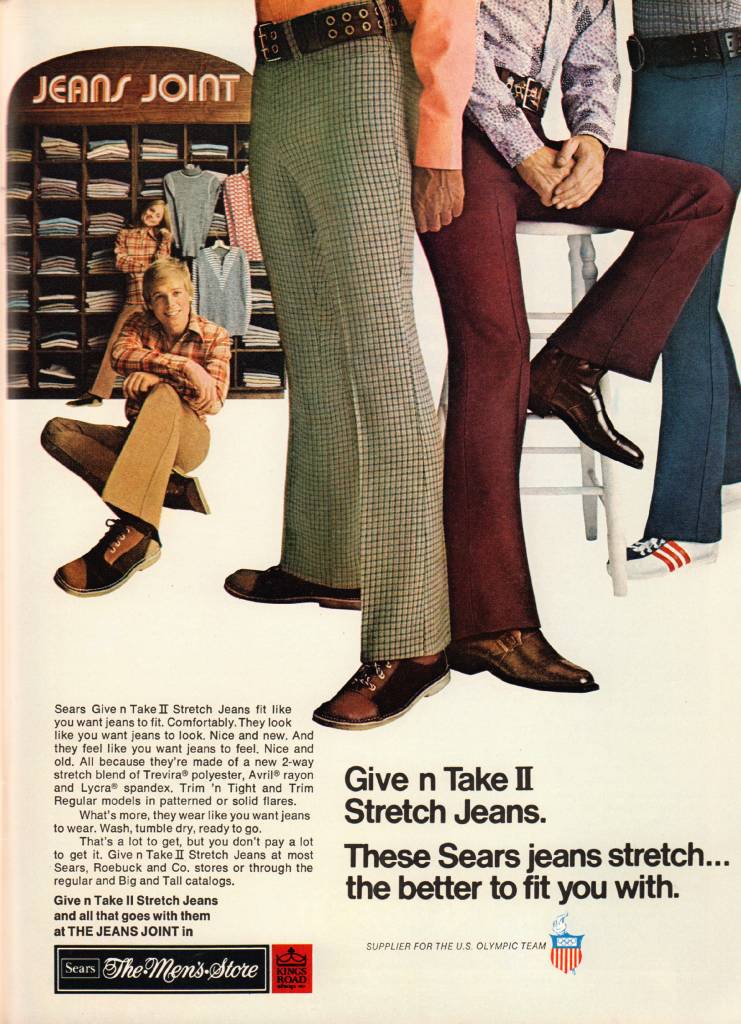 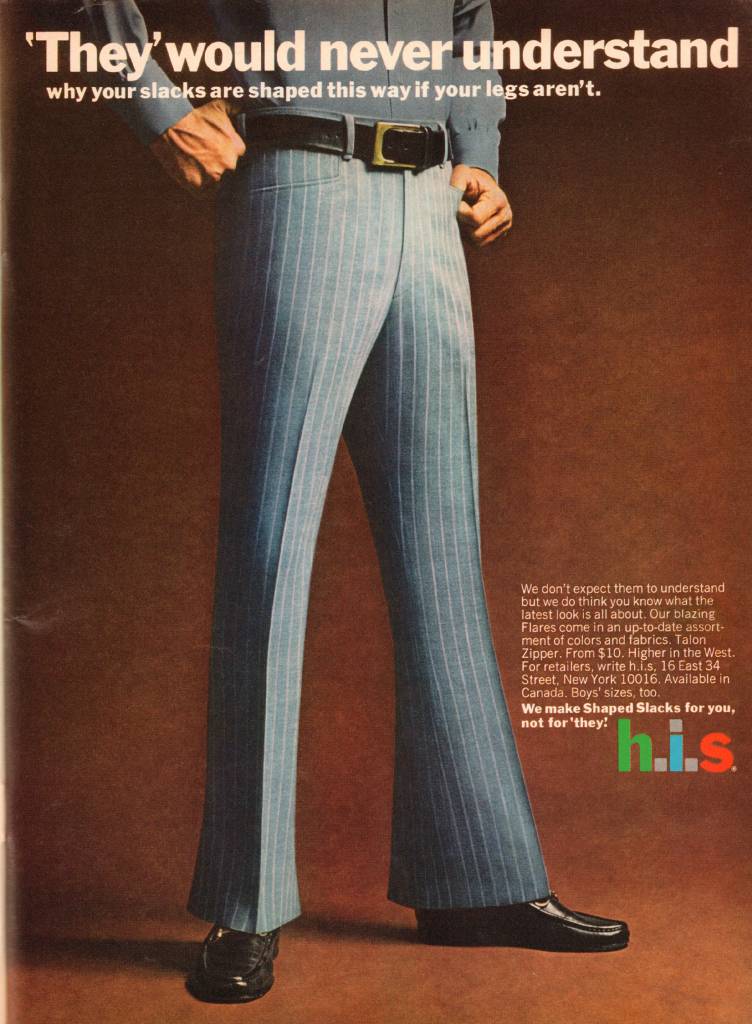 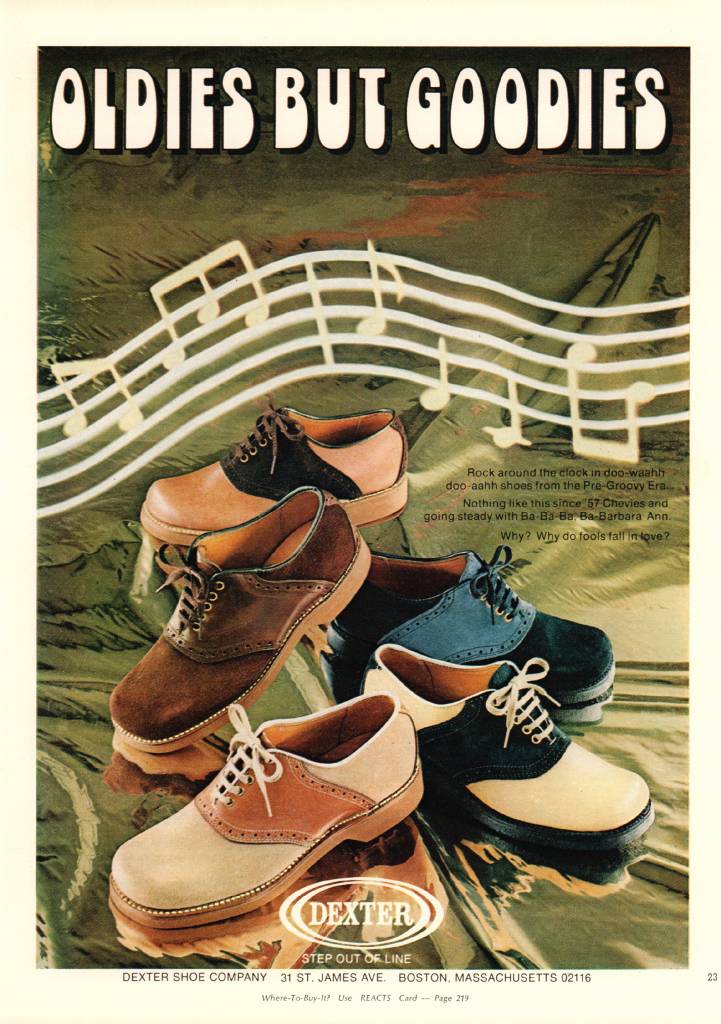 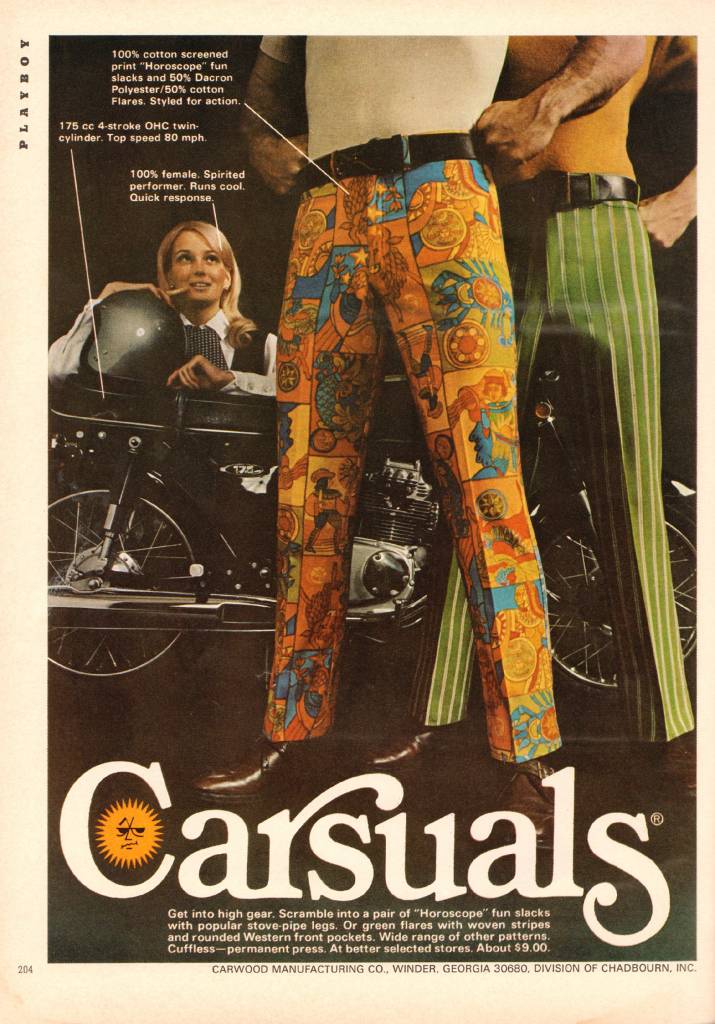 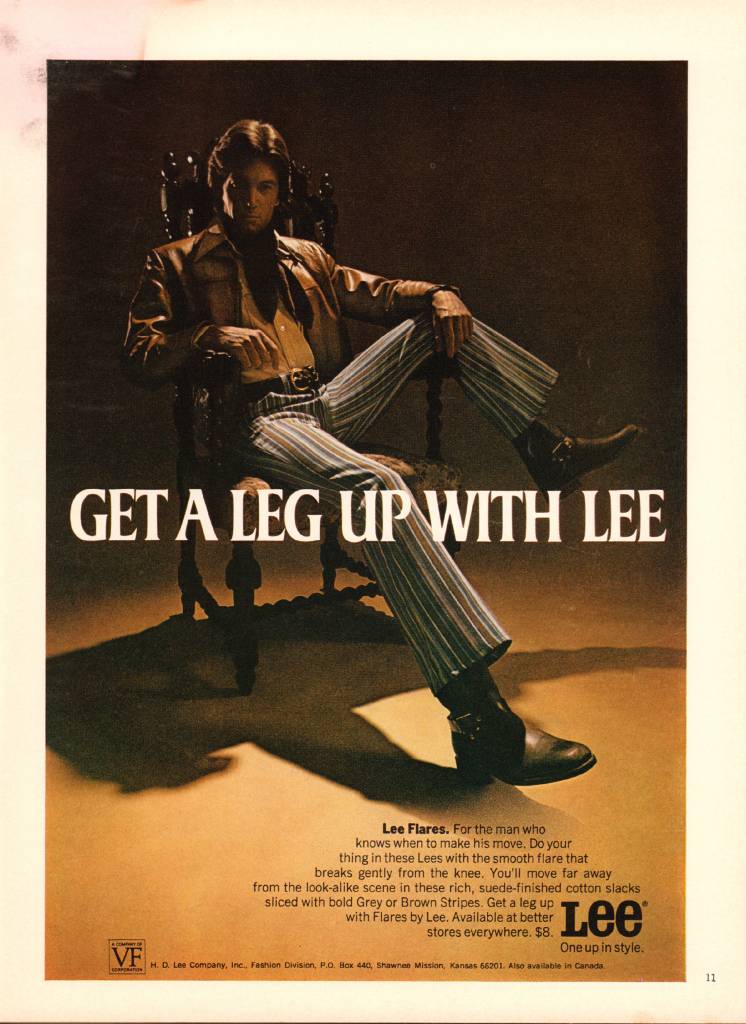 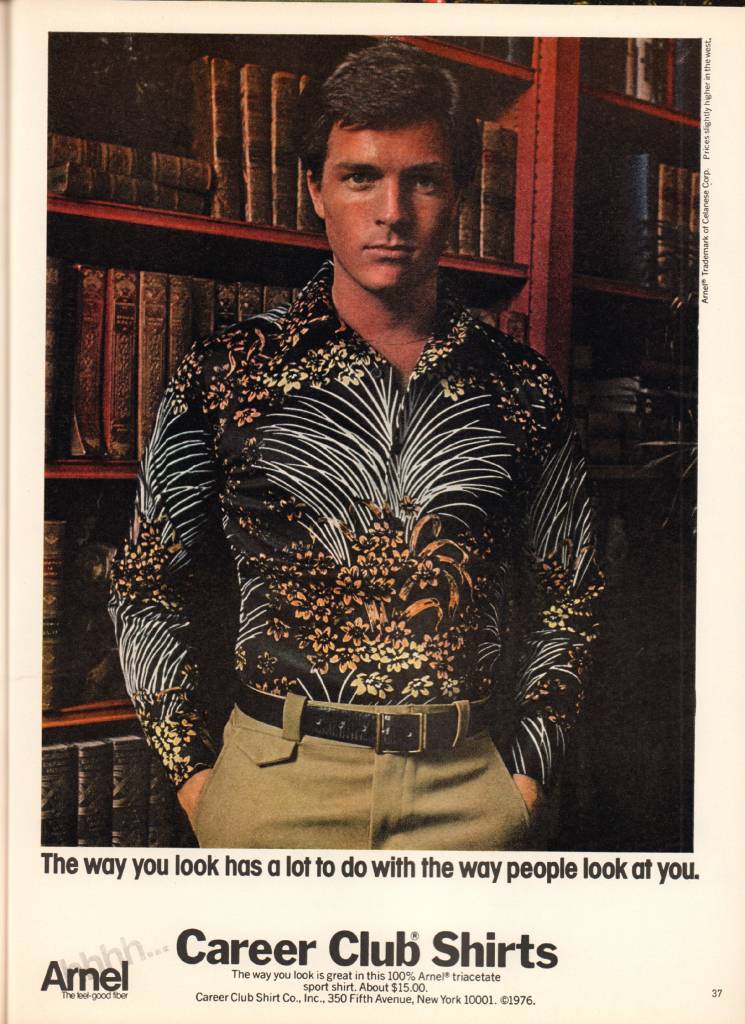 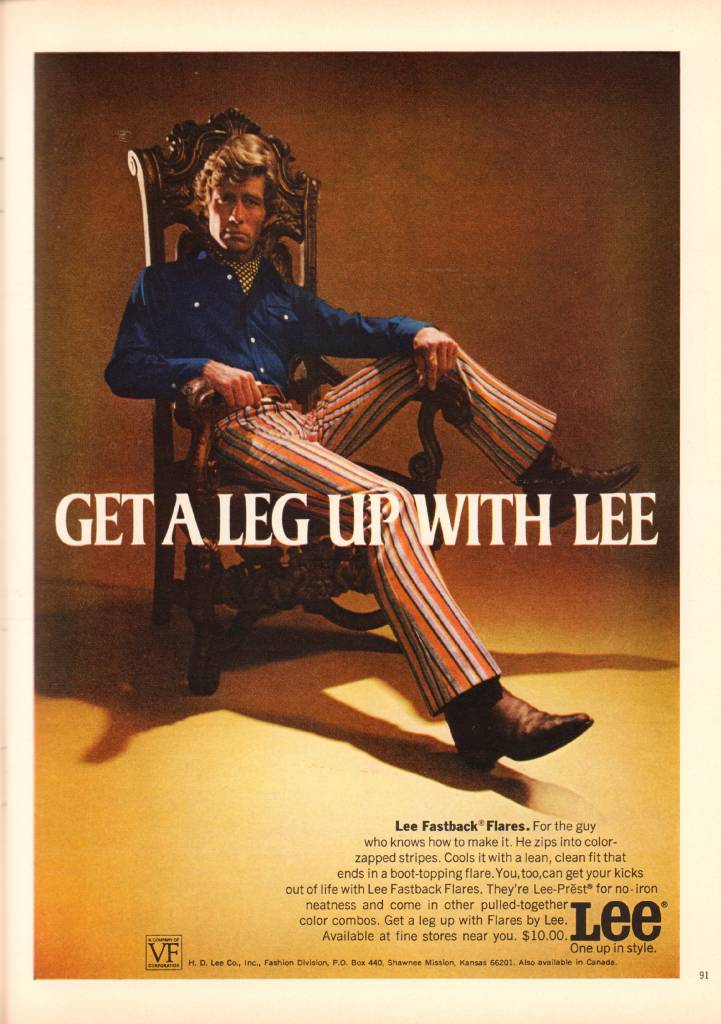 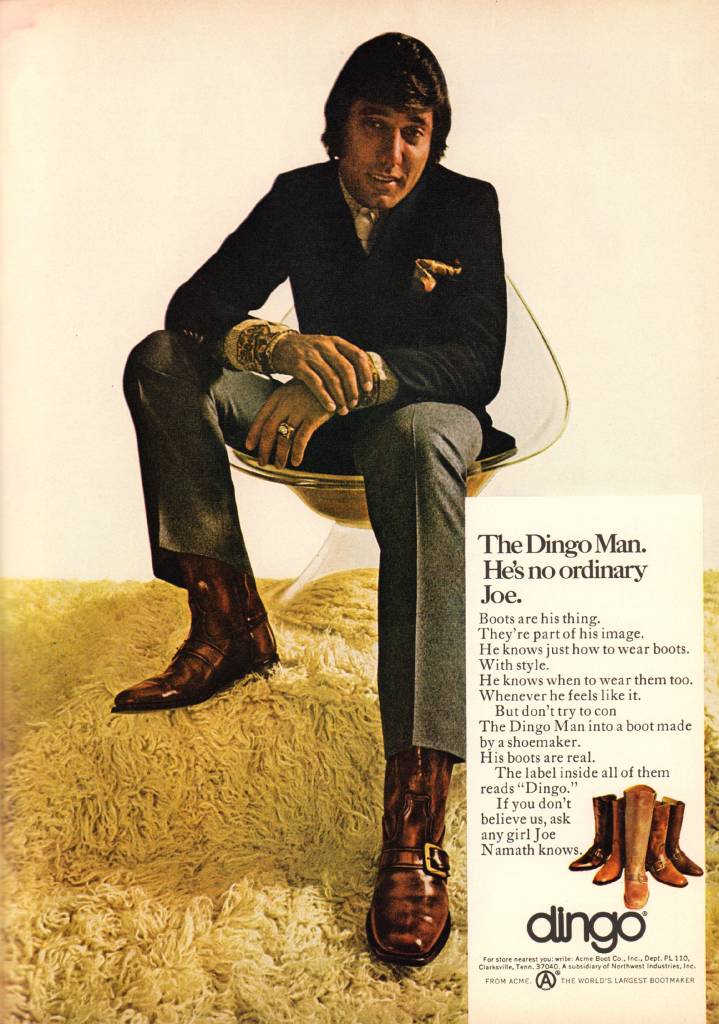 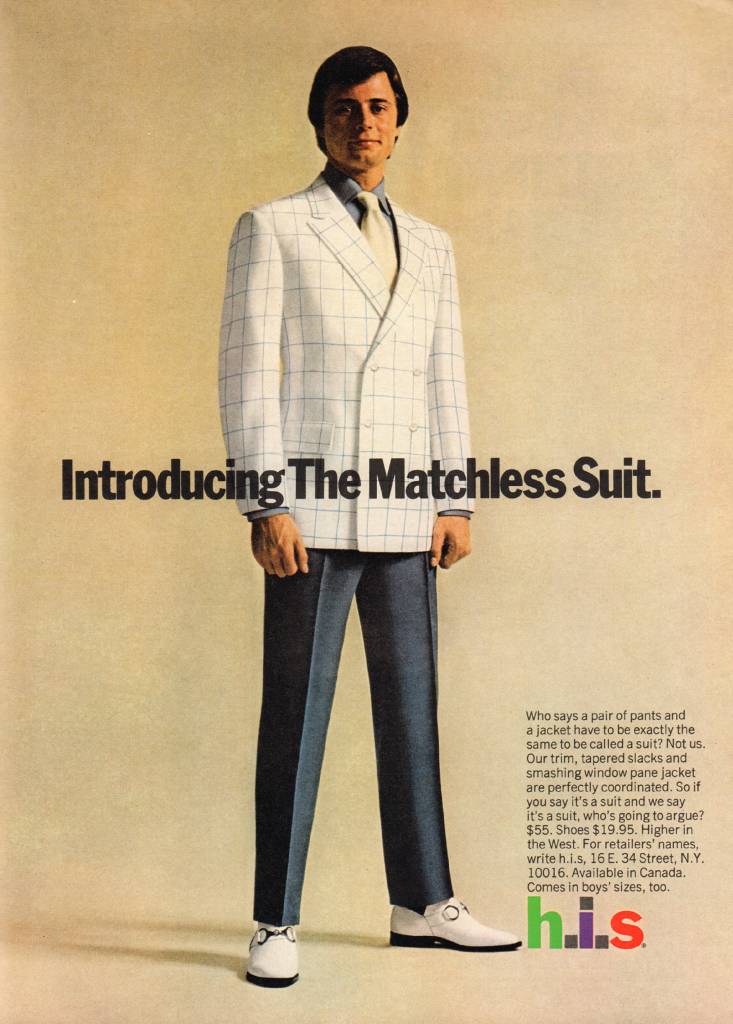 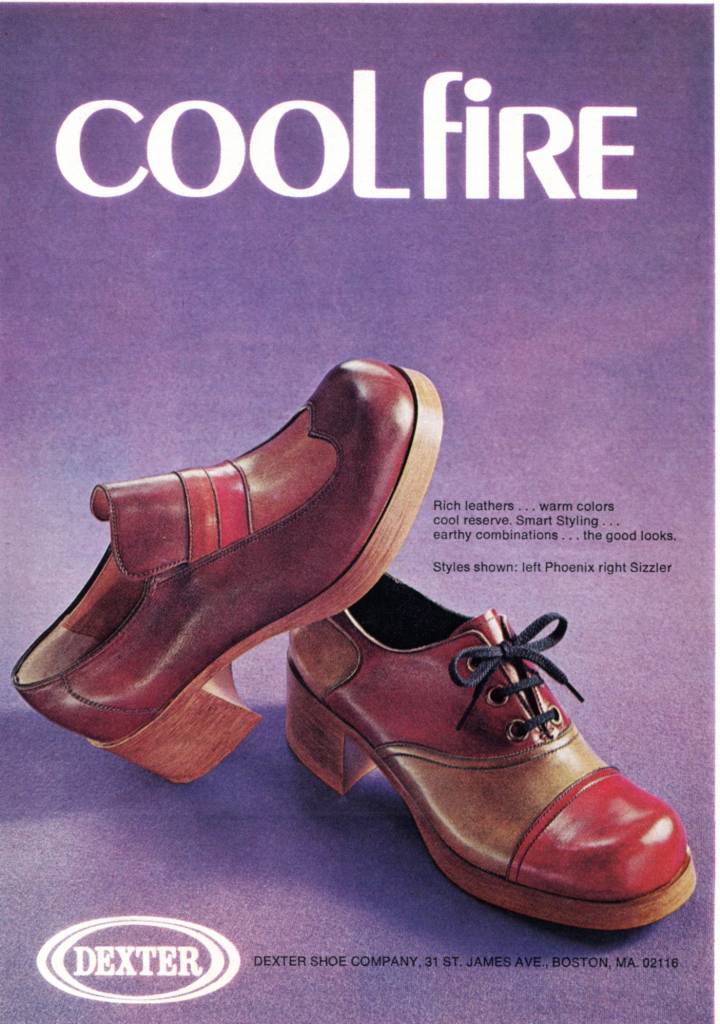 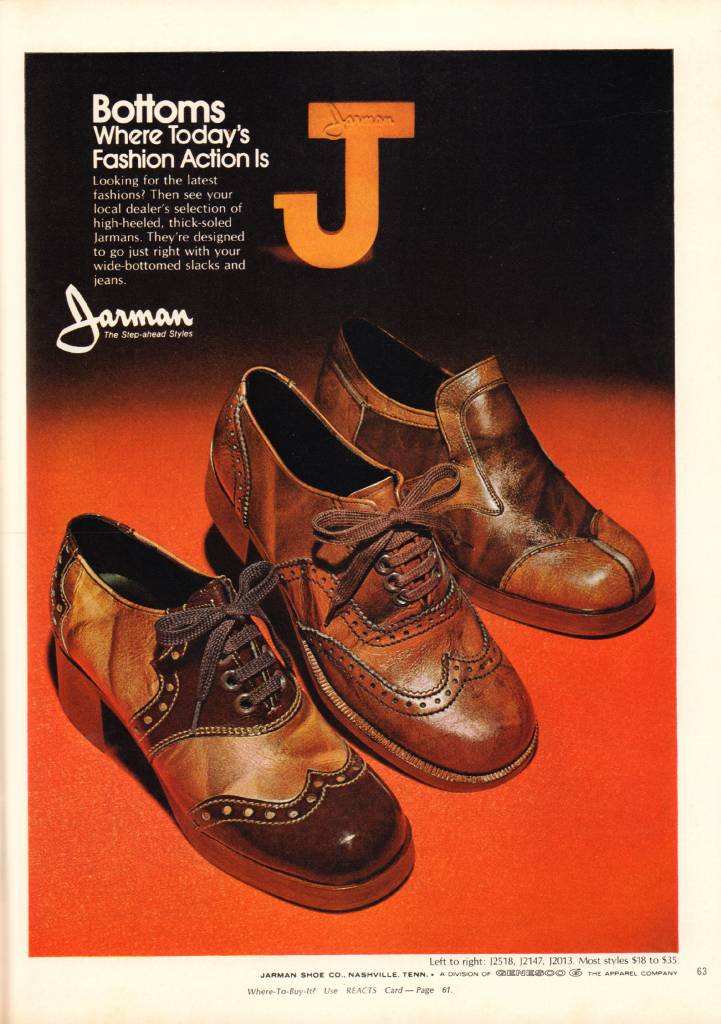 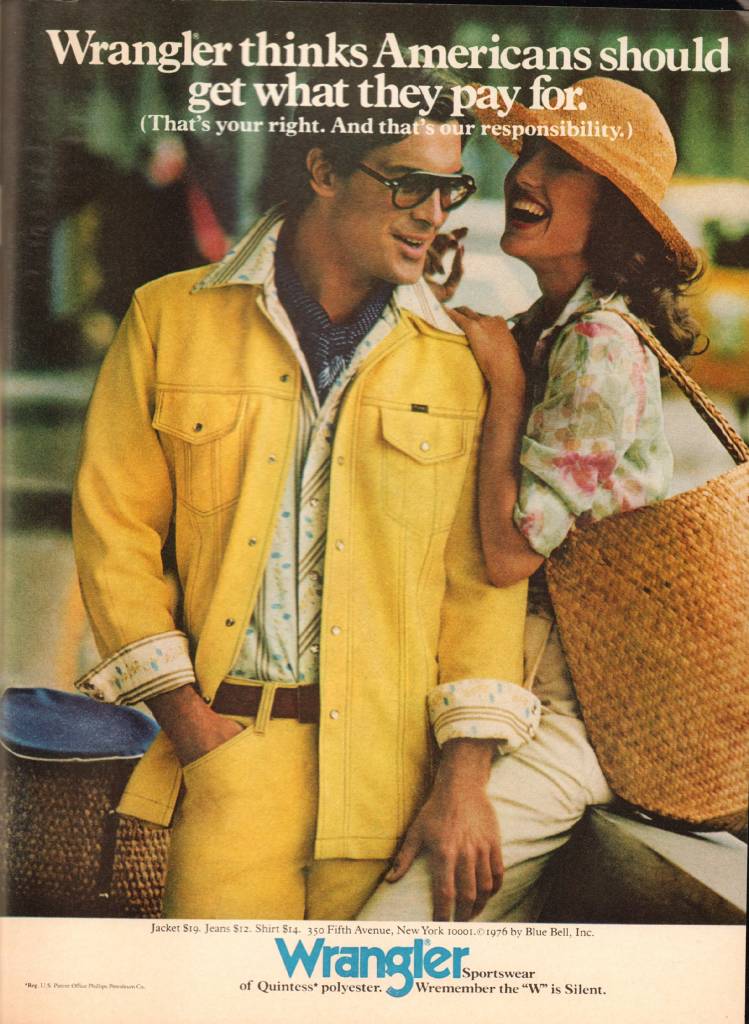 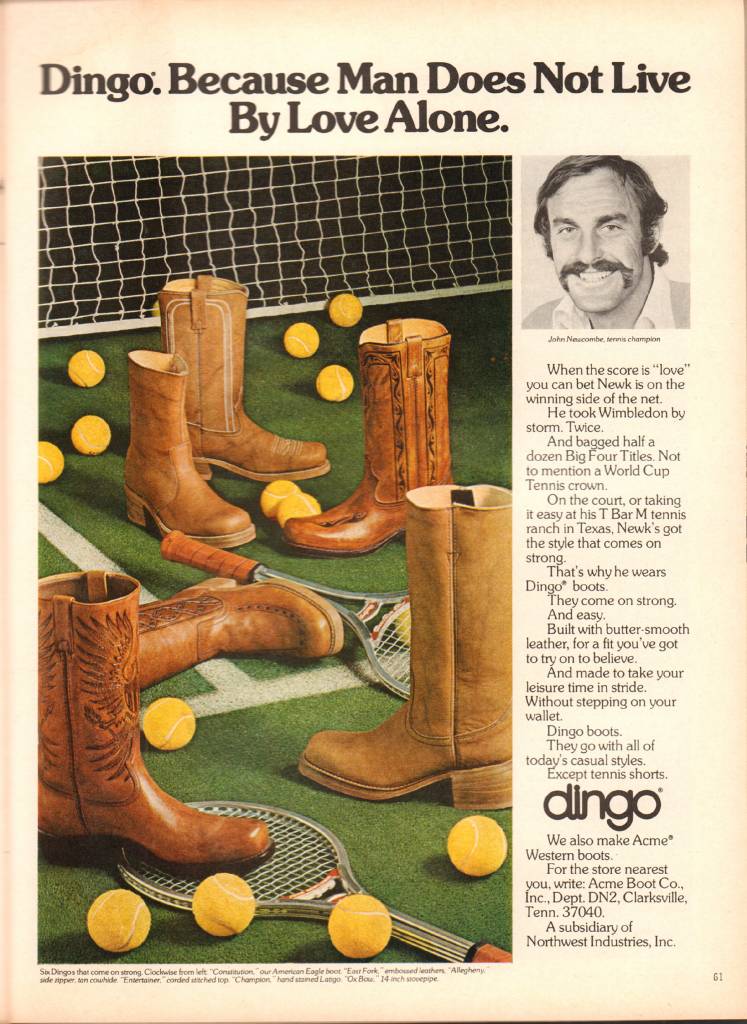 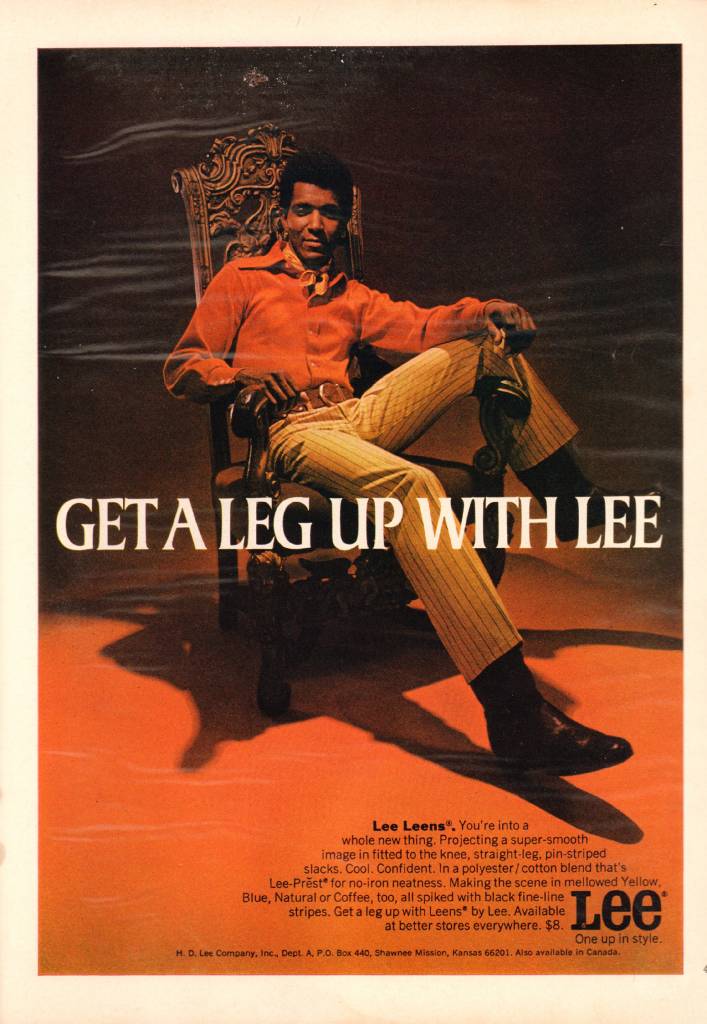 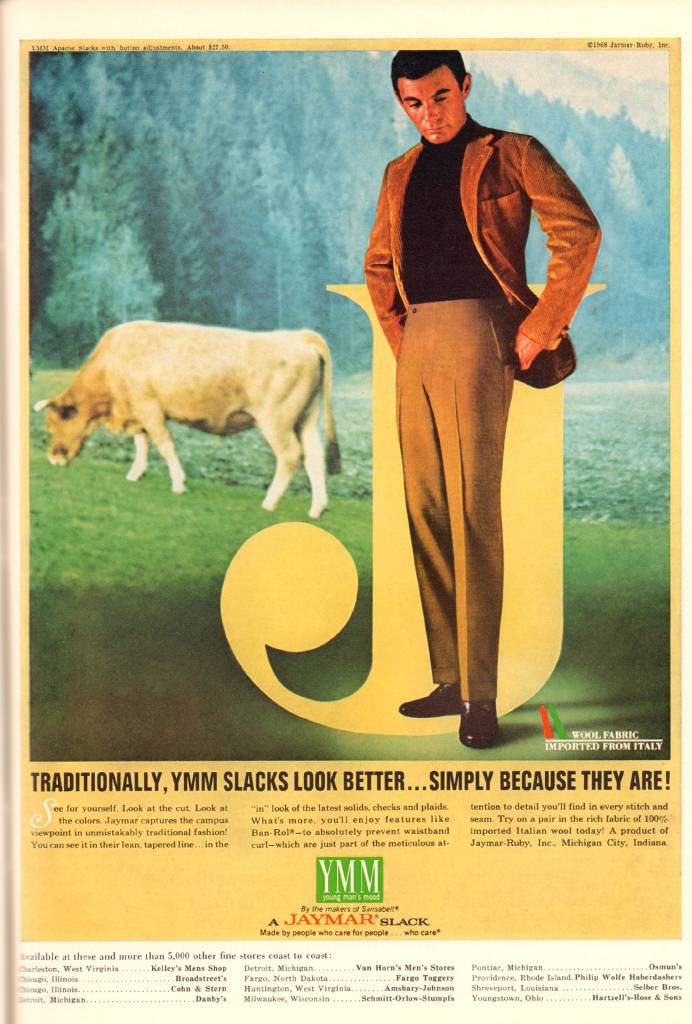 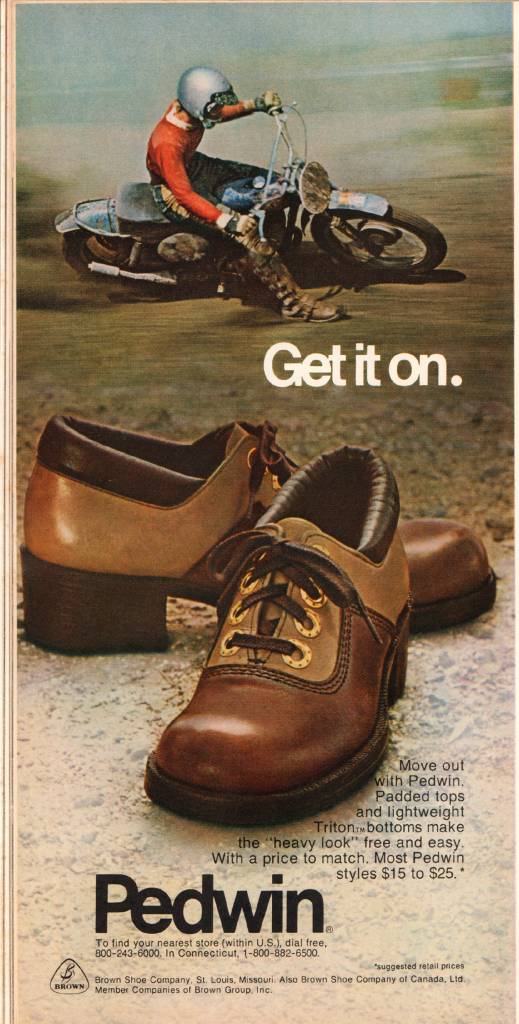 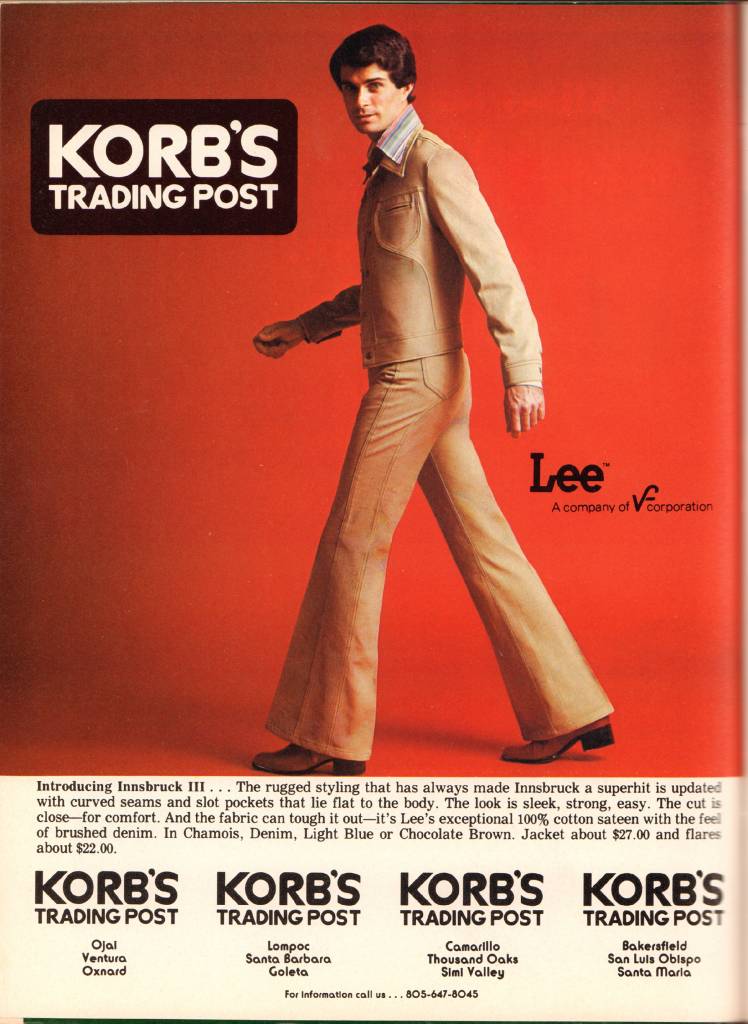 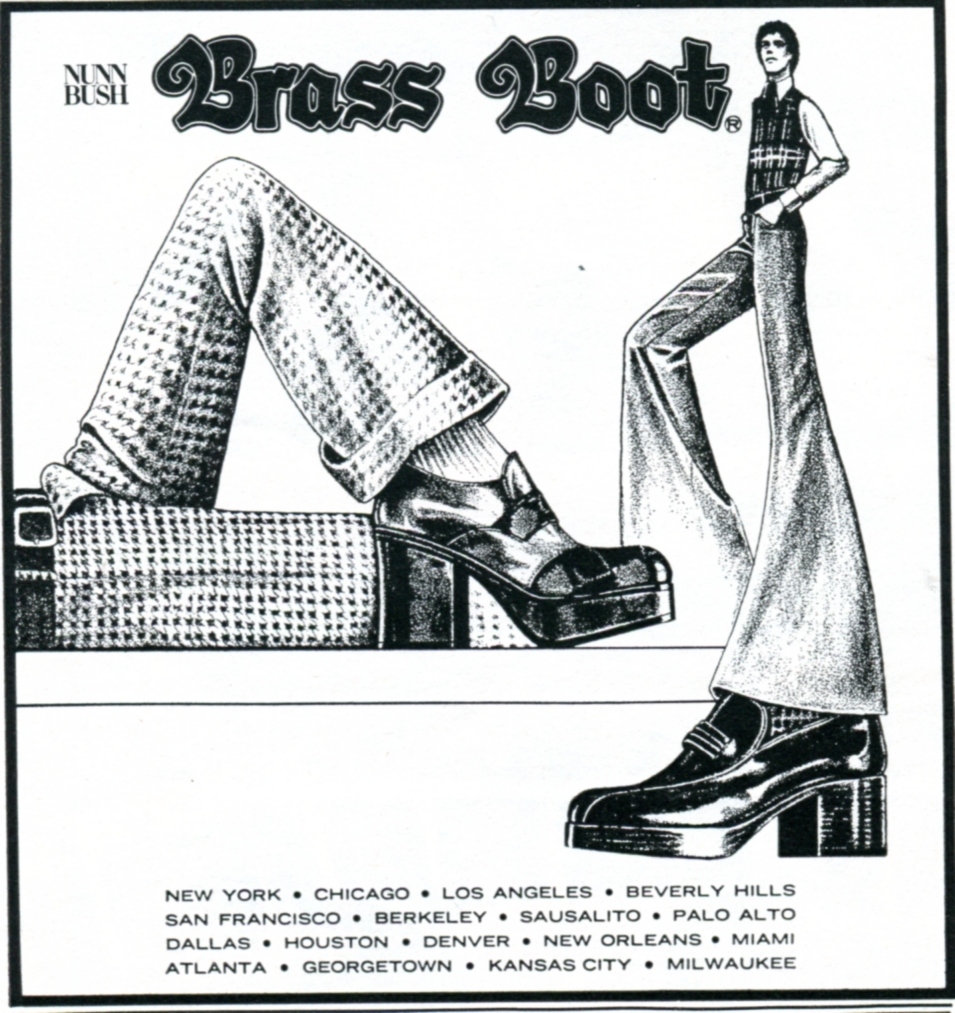 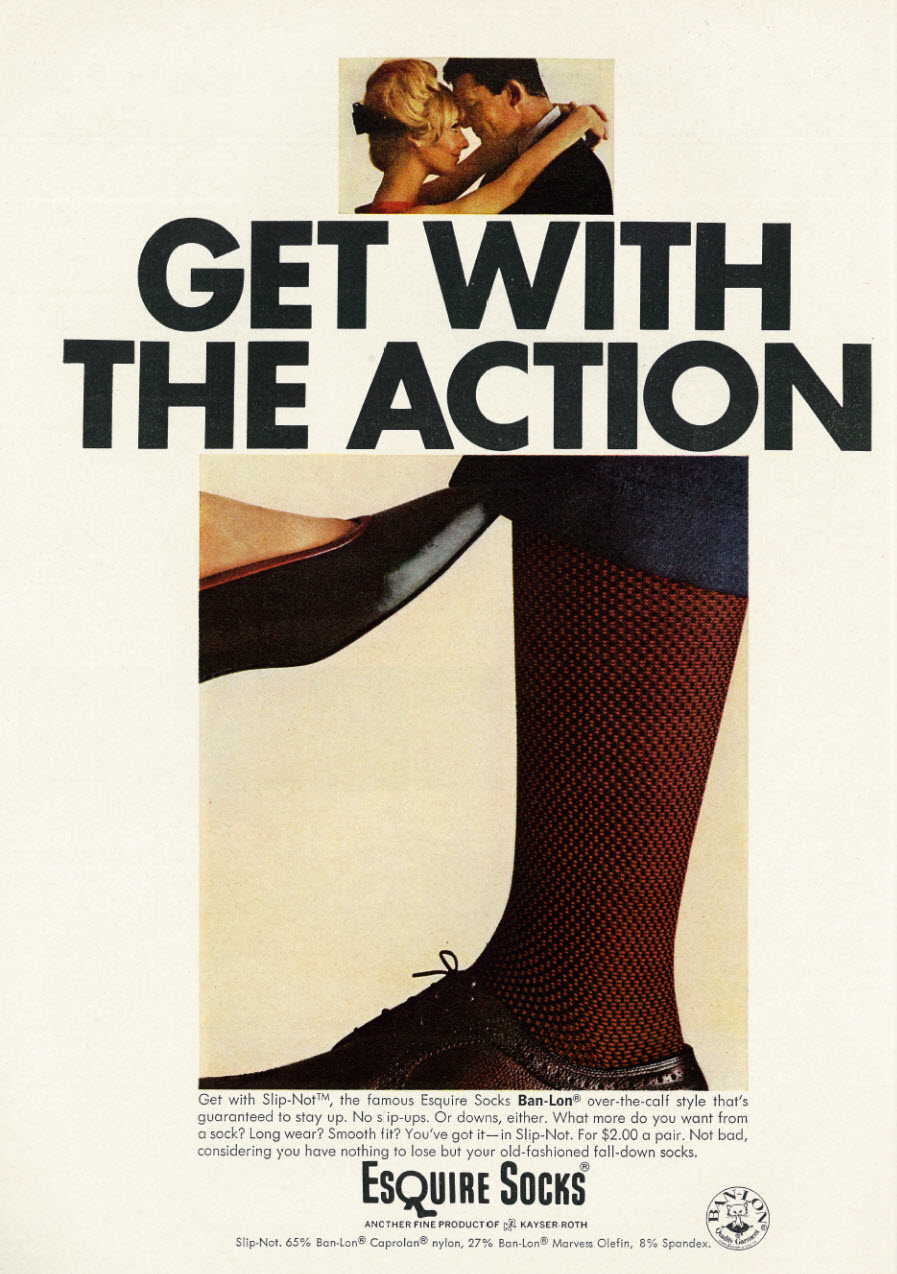 Get with the Action, Esquire Slip Not Socks, 1966