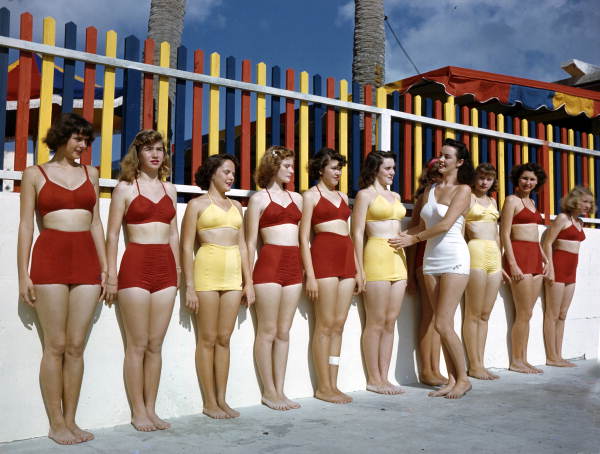 In 1949, young, single white women blessed with the powers to persuade could work as one of Sarasota’s Sun Debs. The Sun Debs were handpicked by local nobs to represent the Florida resort’s wonders locally and nationally. Learning how to walk, pick things up, lure sexually adventurous alligators and posing for photographs were the job’s demands.

On the other side of the lens was Joseph Janney Steinmetz, hired by the Florida Development Commission. Later he collaborated with his wife Lois, and the couple became noted photo journalists specializing in destination coverage of Florida and the Caribbean. 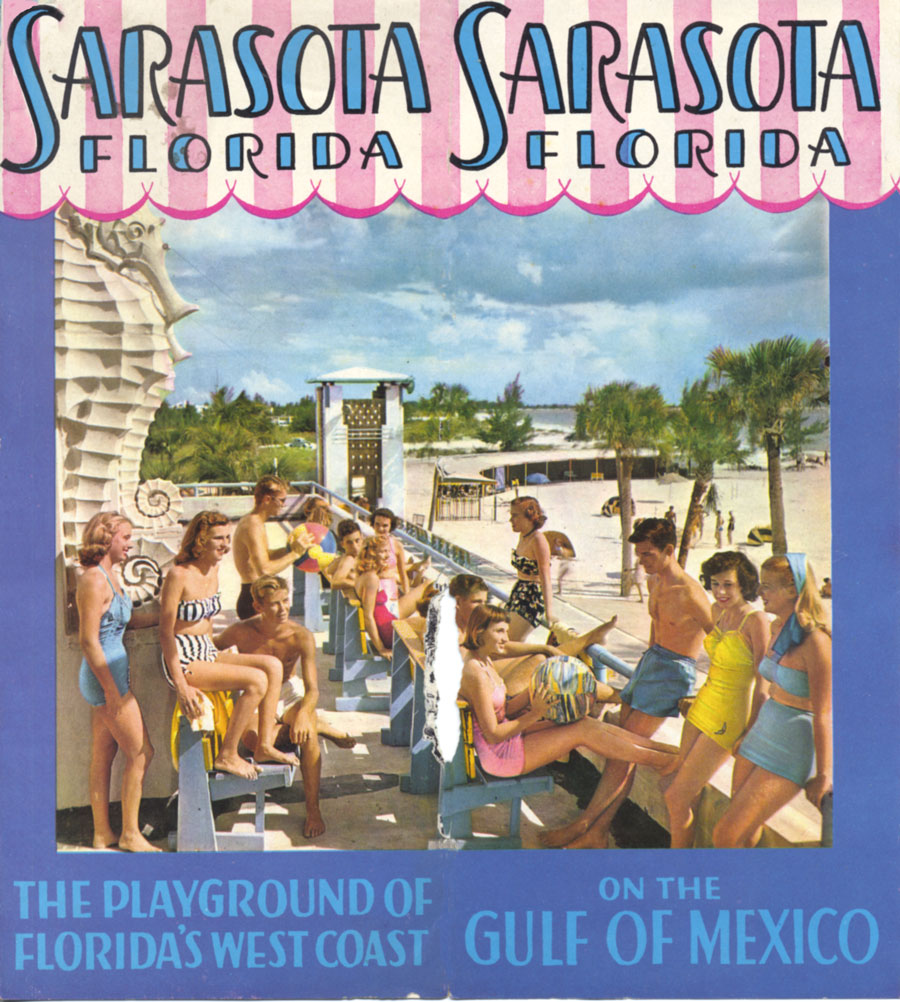 Captured on 35mm Kodachrome around and at least once actually on the Lido Beach Casino, the Sarasota sirens beckoned the sun-starved and aroused. shanoknowsmovies spots a familiar face on the cover of the above brochure:

Just to let you folks know, that cute little blond, in the Lido Casino pic, standing on the far left, wearing the blue one-piece, is my mom. All those other kids are in her SHS 1949 yearbook. She’s probably 16 there. 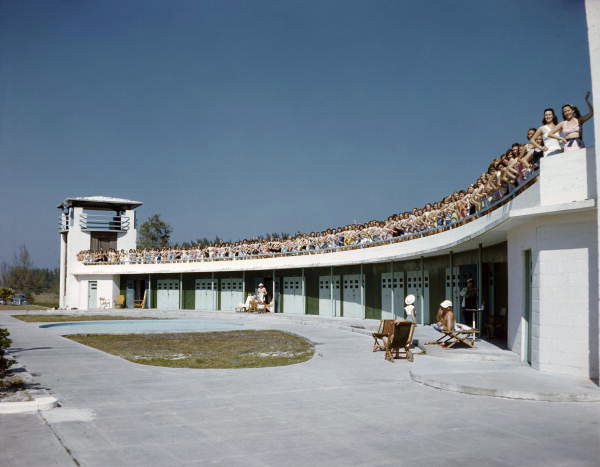 Sun-Debs atop the Lido Casino at Lido Beach 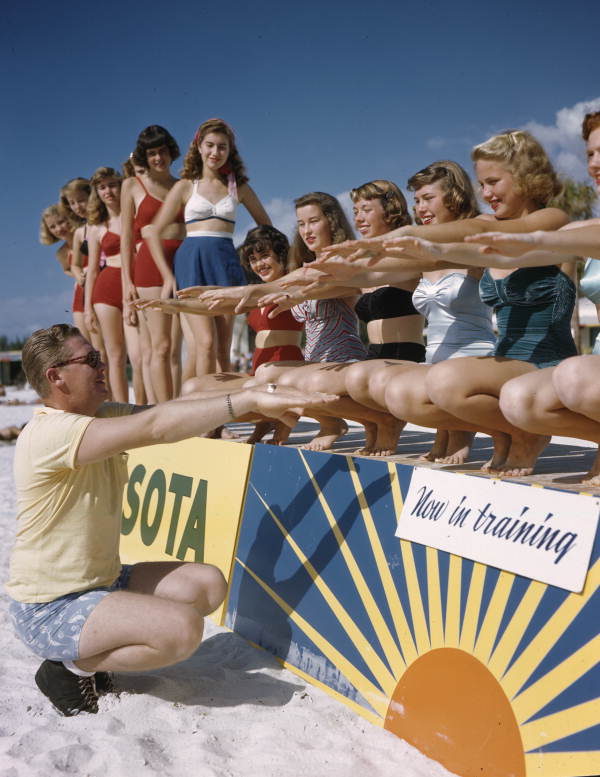 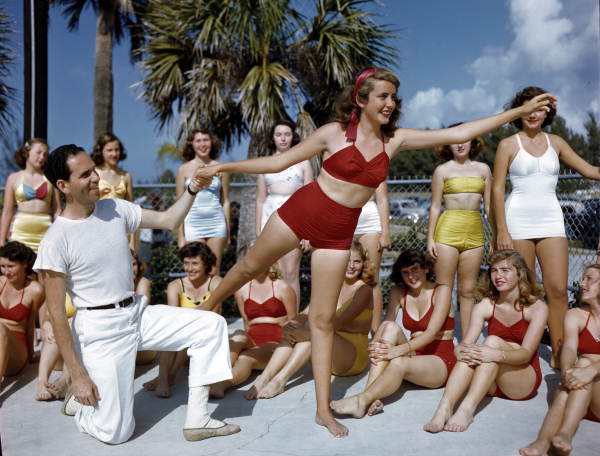 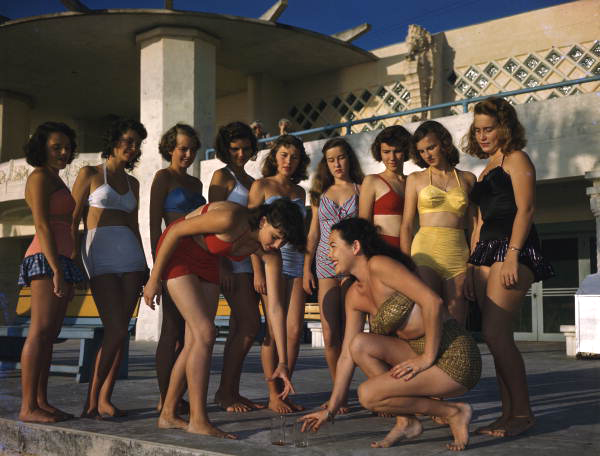 Sarasota Sun-Debs being coached on how to pick up objects on the ground at Lido Beach, Florida Date: January 15, 1949 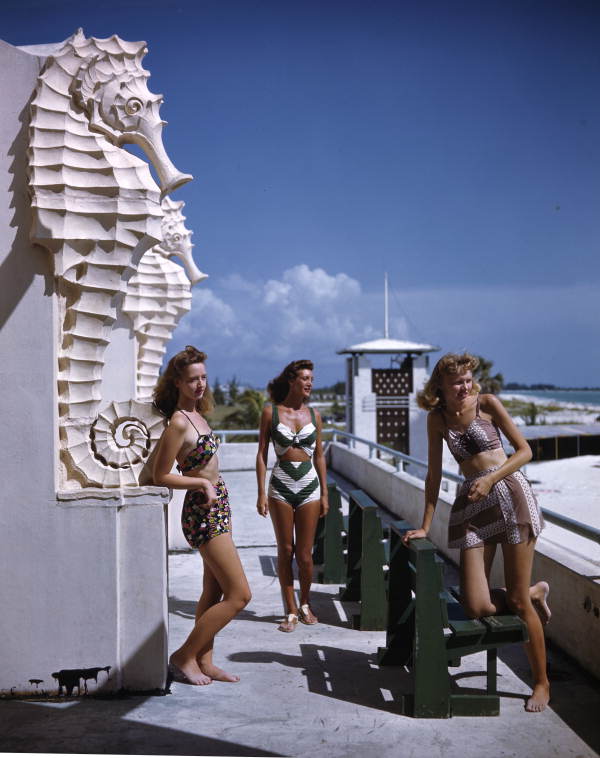 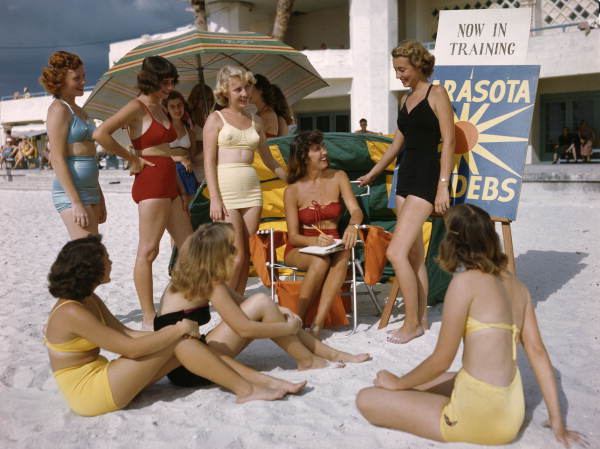 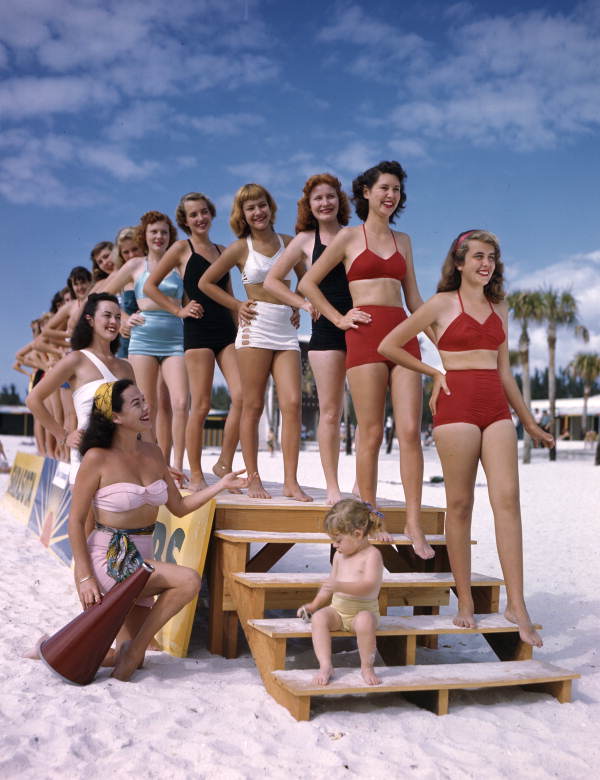 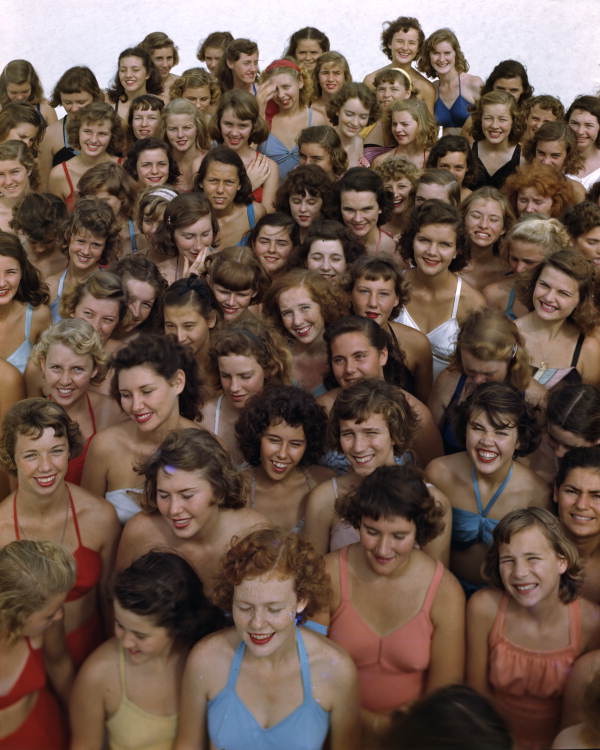 Via: State Library and Archives of Florida 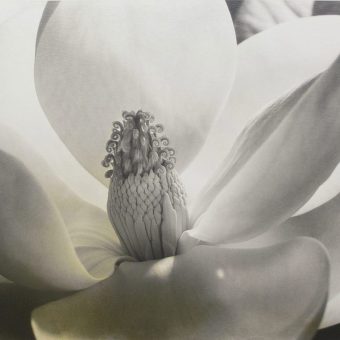