You are about to see the 1908 series The woman ‘Cop’ (a dream). A Suffragette posed to illustrate the woman police concept – Cincinnati. 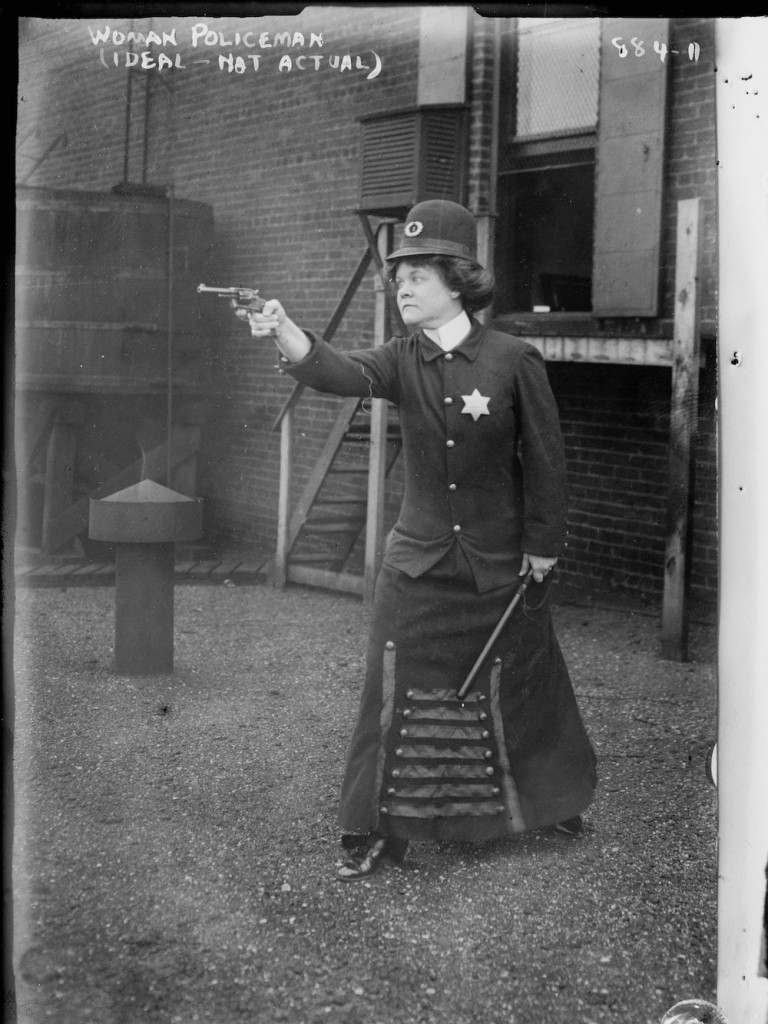 In 1909, Los Angeles social worker Alice Stebbins Wells petitioned Mayor George Alexander and the City Council, requesting that an ordinance providing for a Los Angeles Policewoman be adopted. Not only was the measure passed, but on September 12, 1910, Mrs. Wells was appointed as the nation’s first female policewoman with arrest powers.

Many California cities had employed women as “matrons” or “workers” since 1890. These employees specialized in the care of female prisoners, and worked in the City and County prisons and other penal institutions.

On the first day of her appointment, Mrs. Wells was furnished with a Gamewell (a telephone call box) key, a book of rules, a first aid book, and a “policeman’s badge.” In those days, an officer was privileged to enjoy free trolley car rides while going to and from work, but when Mrs. Wells displayed her badge, the conductor accused her of misusing her husband’s identity. This was remedied by presenting her with “Policewoman’s Badge Number One.”

Mrs. Wells was assigned to work with Officer Leo W. Marden, the Department’s first juvenile officer. Subsequent to her appointment, the following order was issued:

“No young girl can be questioned by a male officer. Such work is delegated solely to policewomen, who, by their womanly sympathy and intuition, are able to gain the confidence of their younger sisters.” 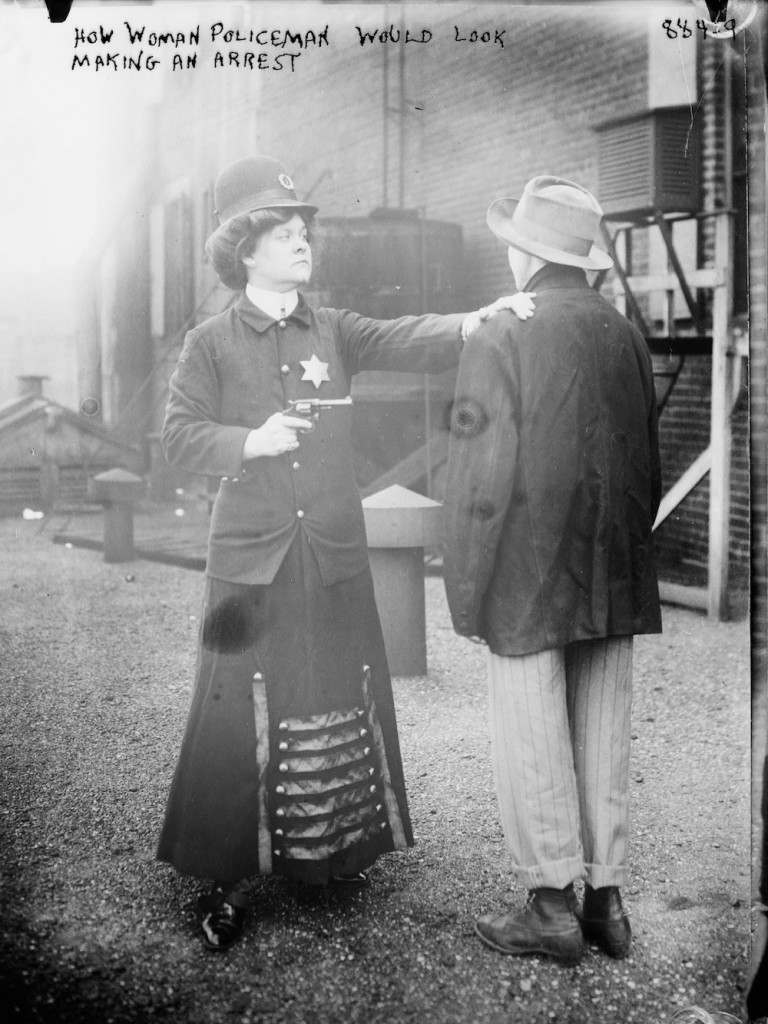 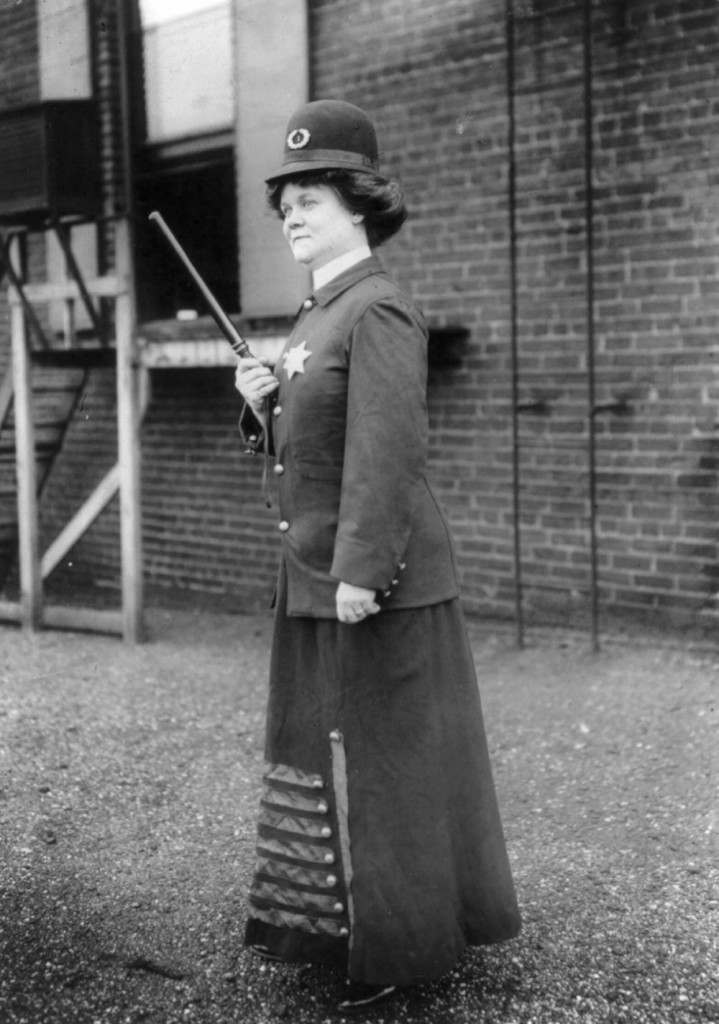 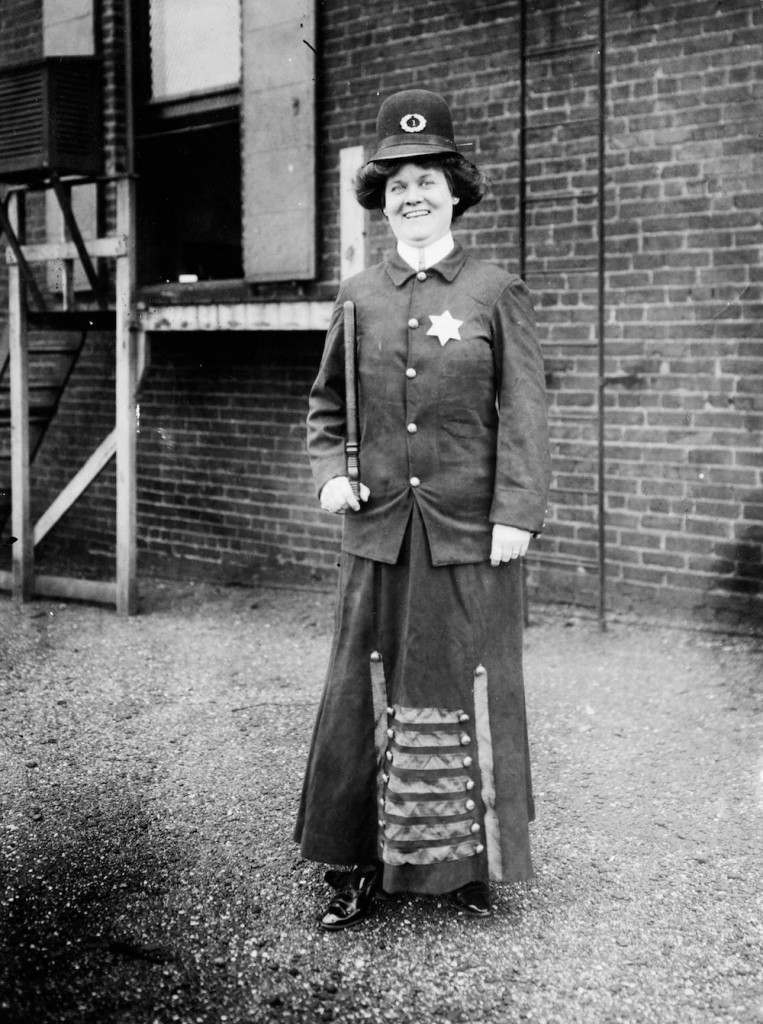 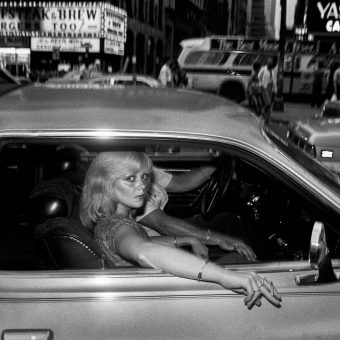