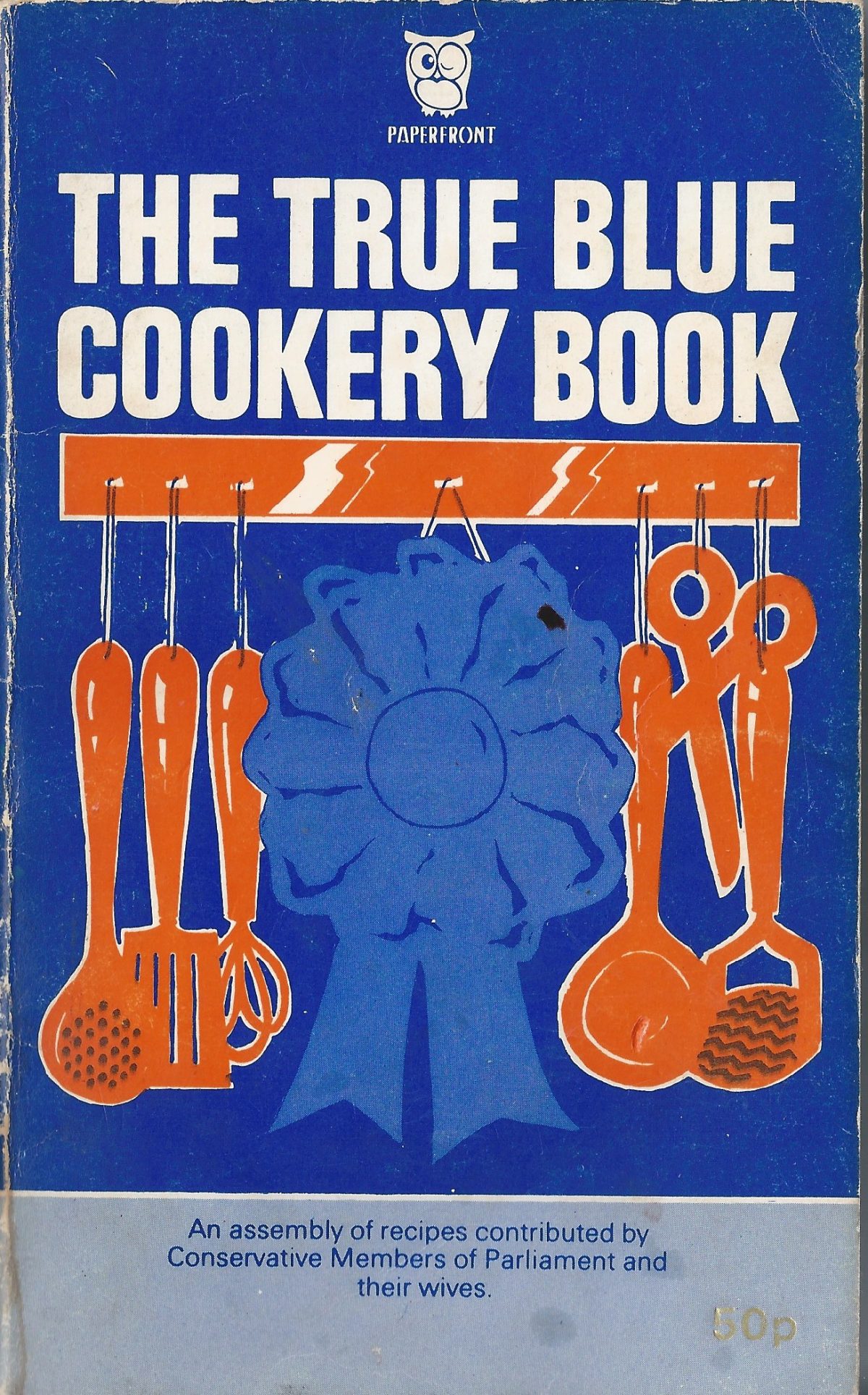 Cast your minds back to vicars and tarts parties, rosettes, steeplejacks, white dog poo, warm beer, cars with names like your neighbours on the other side of the private hedge – Hillman, Austin and Morris – Lynsey de Paul and Mike Moran’s Rock Bottom, “Albert Tatlock” playing Sherpa Tenzing in a Coronation Street Silver Jubilee special, needing the toilet during Dad’s Army, The Filed Gun Competition and 277 Tory MPs being convened by the Ruislip-Northwood Conservative Association to produce The Truth Blue Cookery Book, “an assembly of recipes contributed by Conservative Members of Parliament and their wives”. Eat the recipes in this book (or eat the actual book) and you run the risk of being changed into a dry stone wall running by a country lane within the sound of leather on willow and a pavilion jammed with cucumber sandwiches, nostalgic English spite and not a ‘Johnny Foreigner’ in sight. 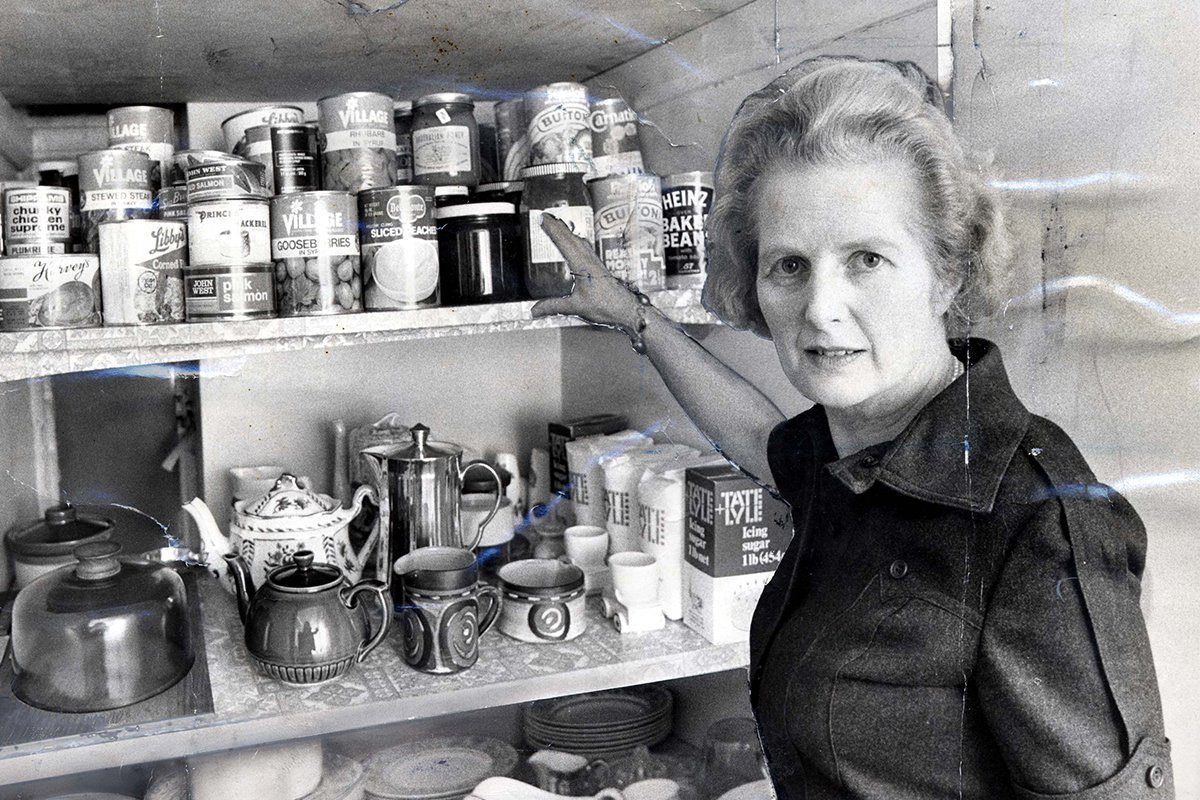 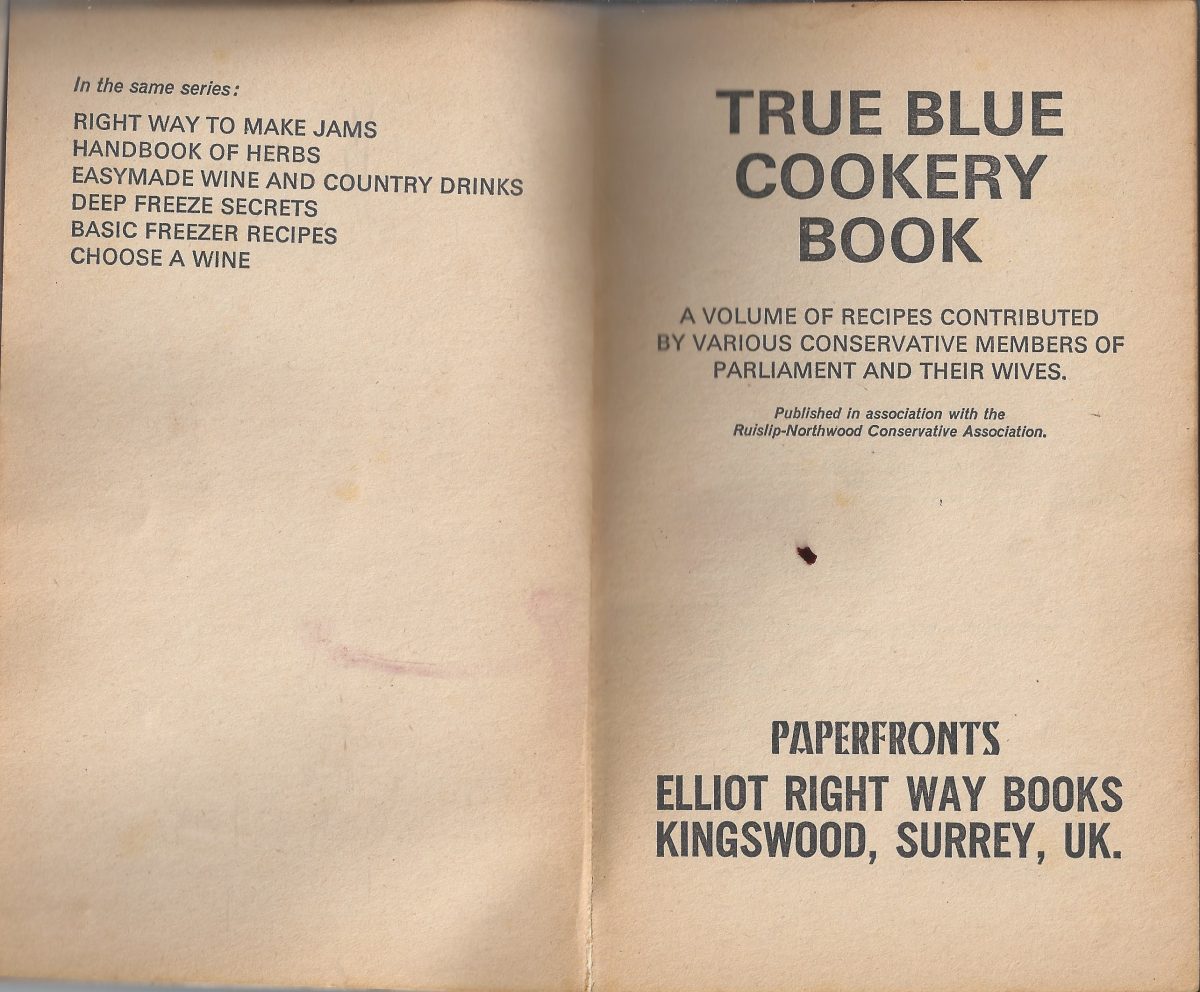 Highlights of the book are many, and I’ve tried to include them all here. Any more information will be made available in our Brexit Cookbook*. 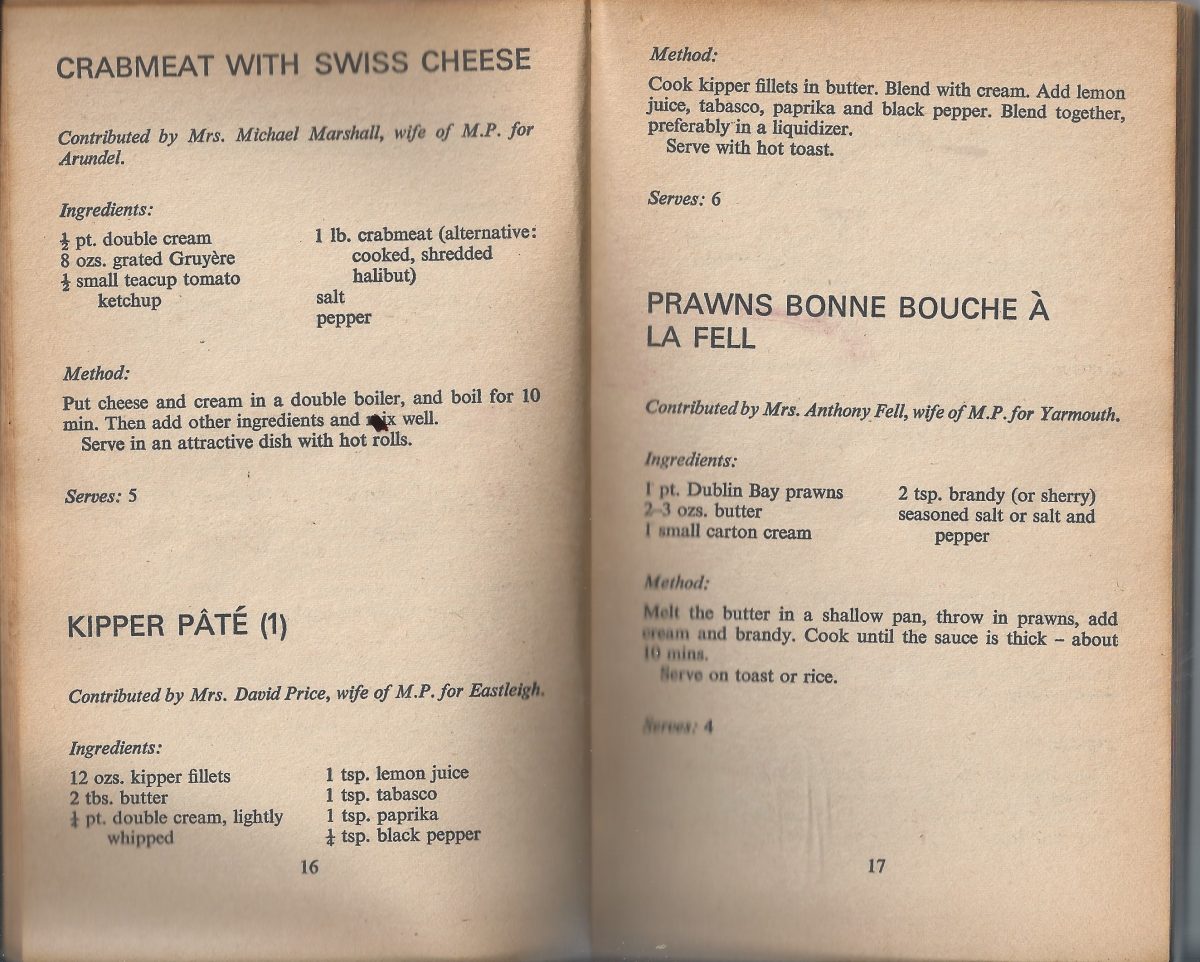 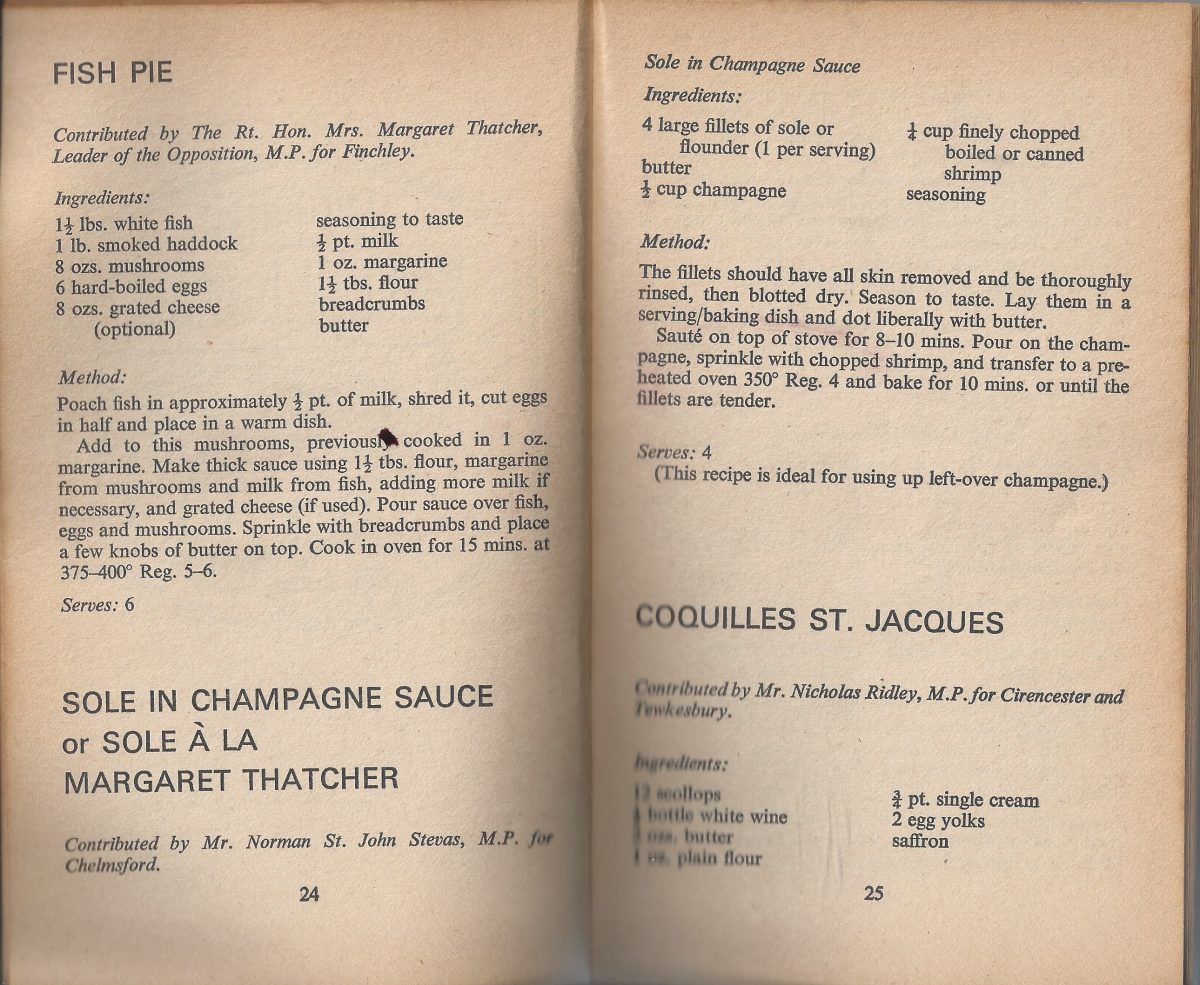 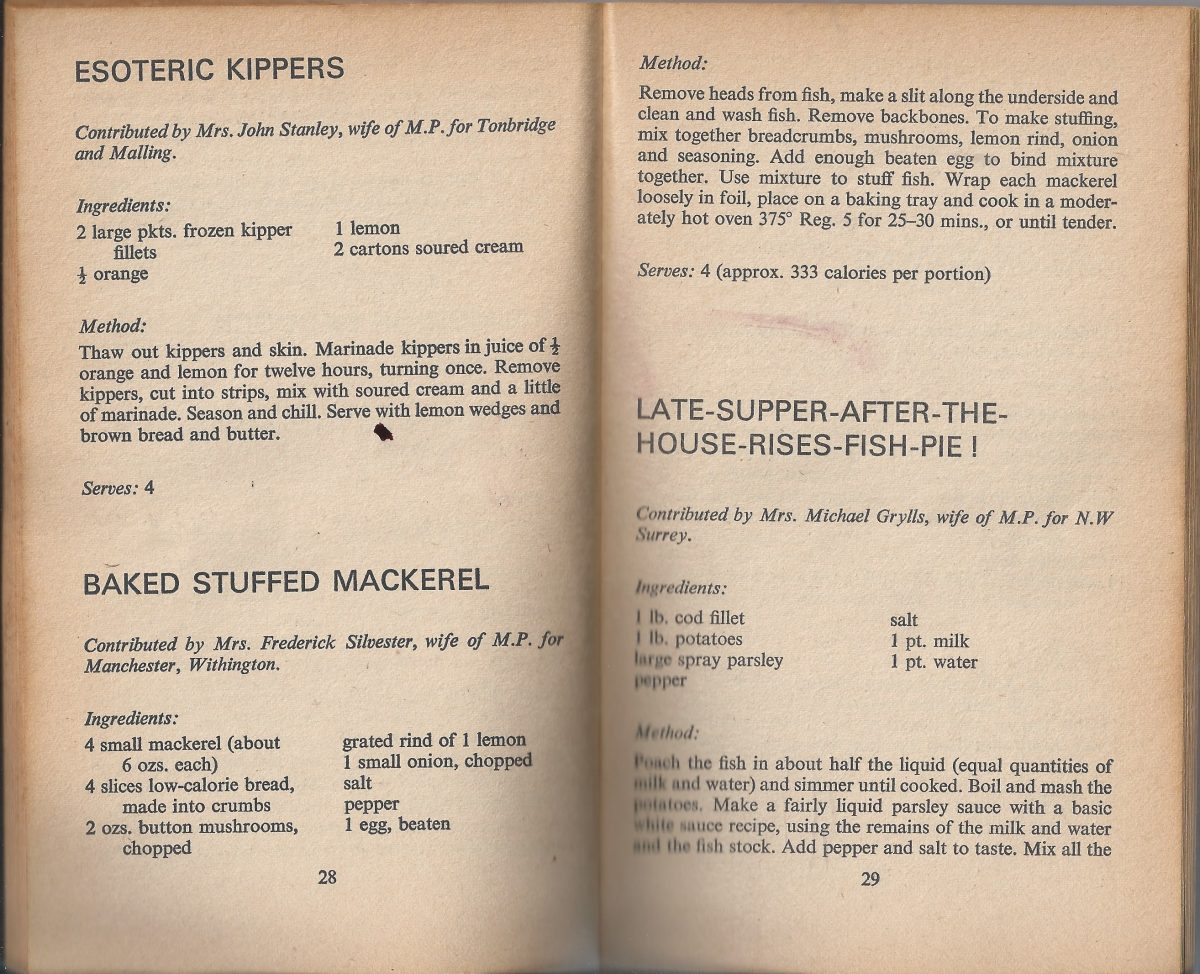 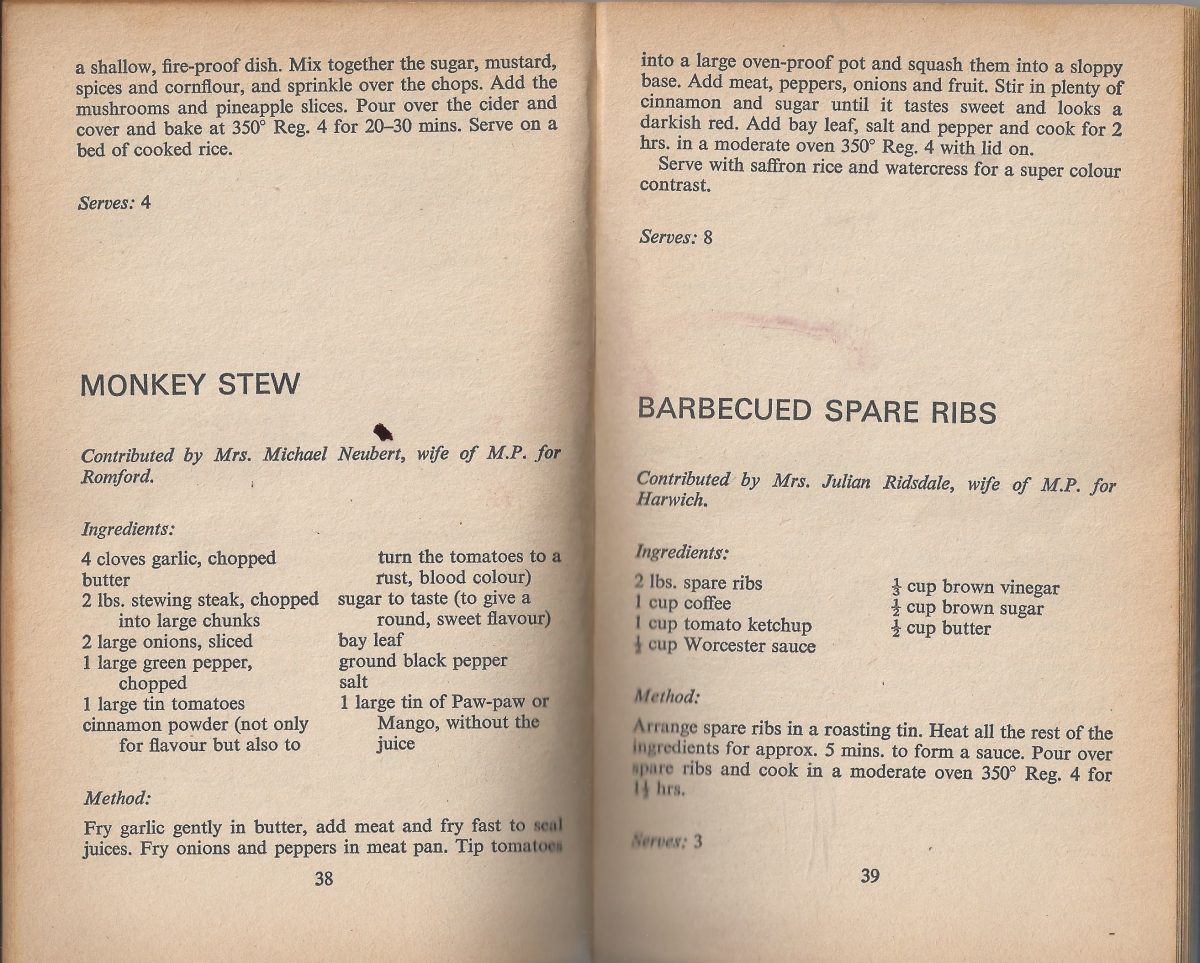 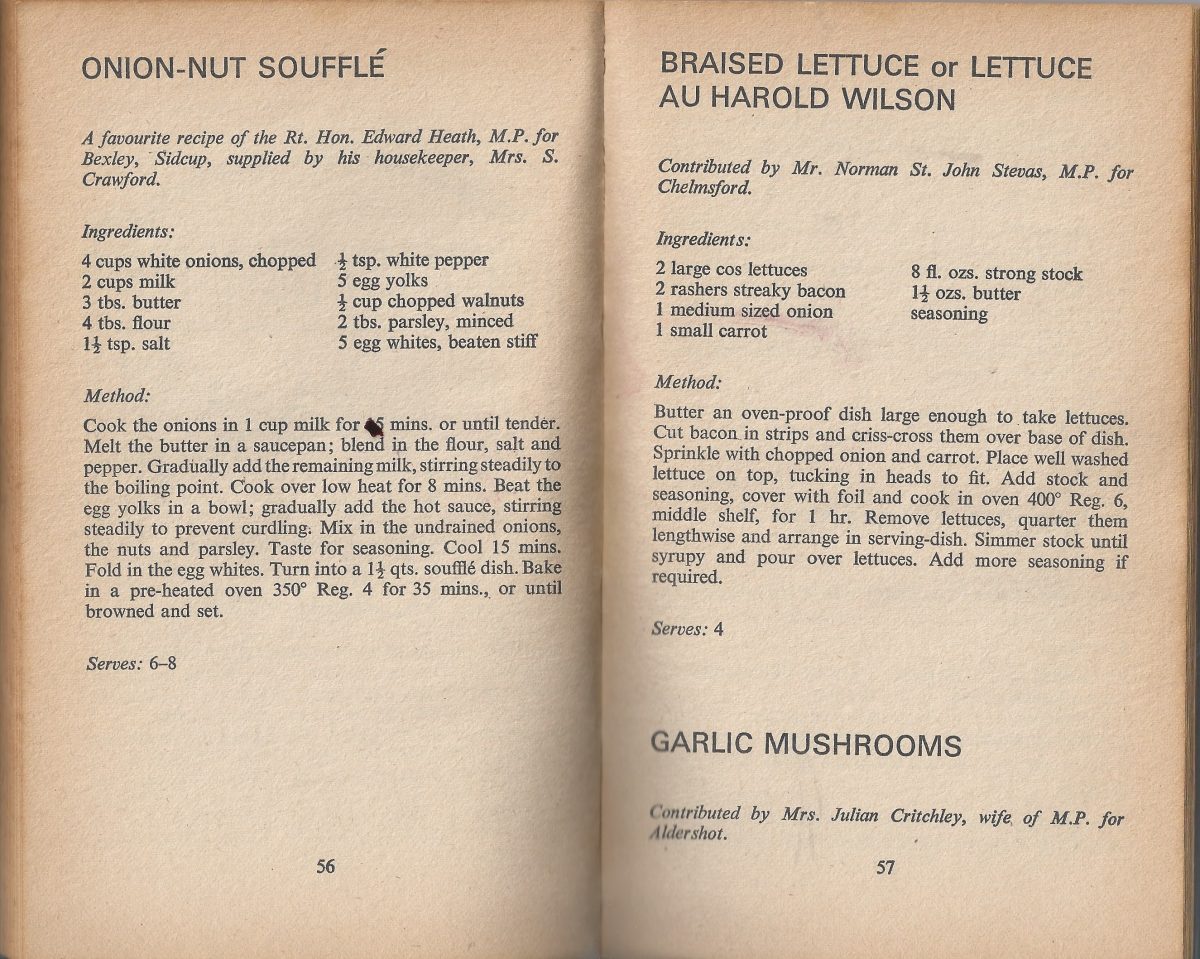 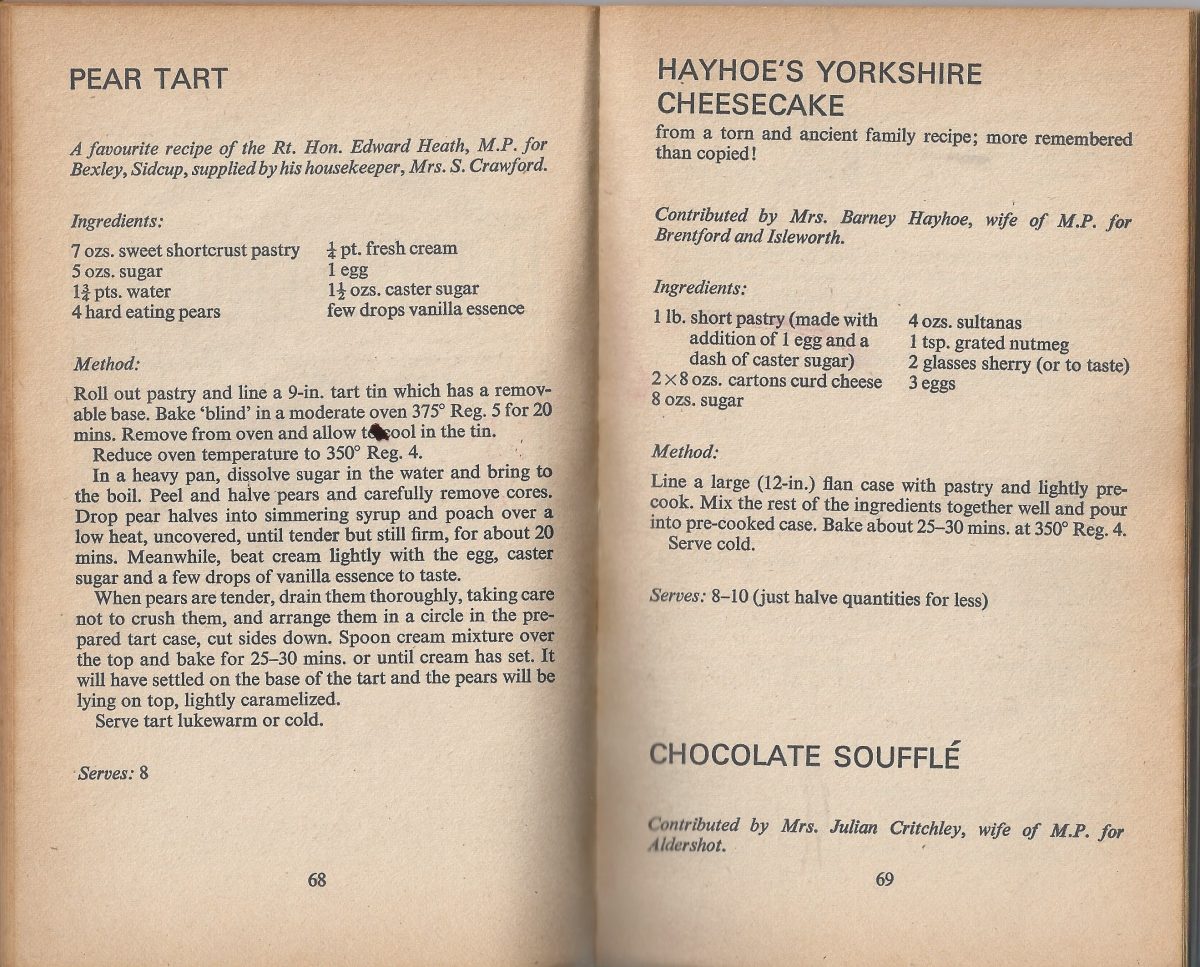 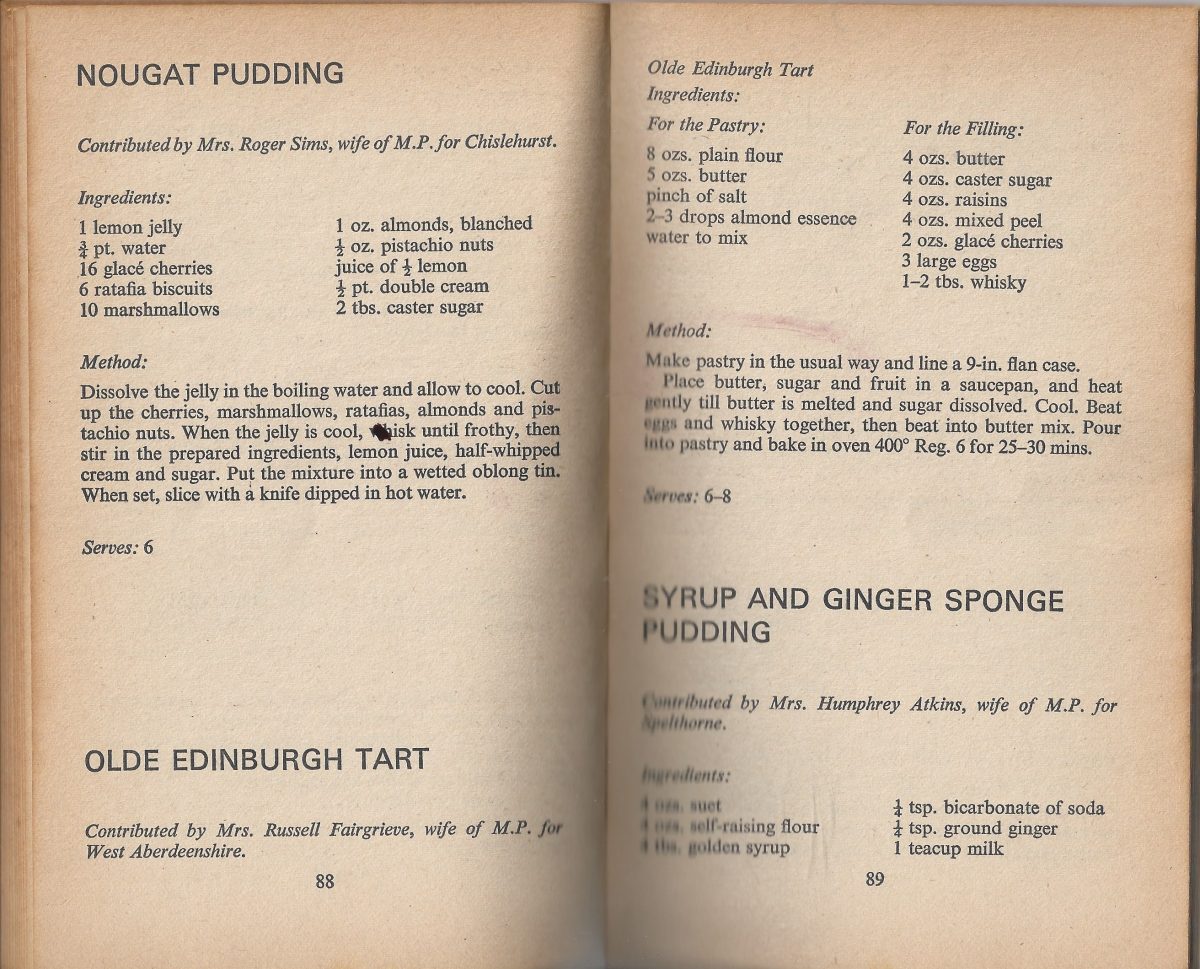 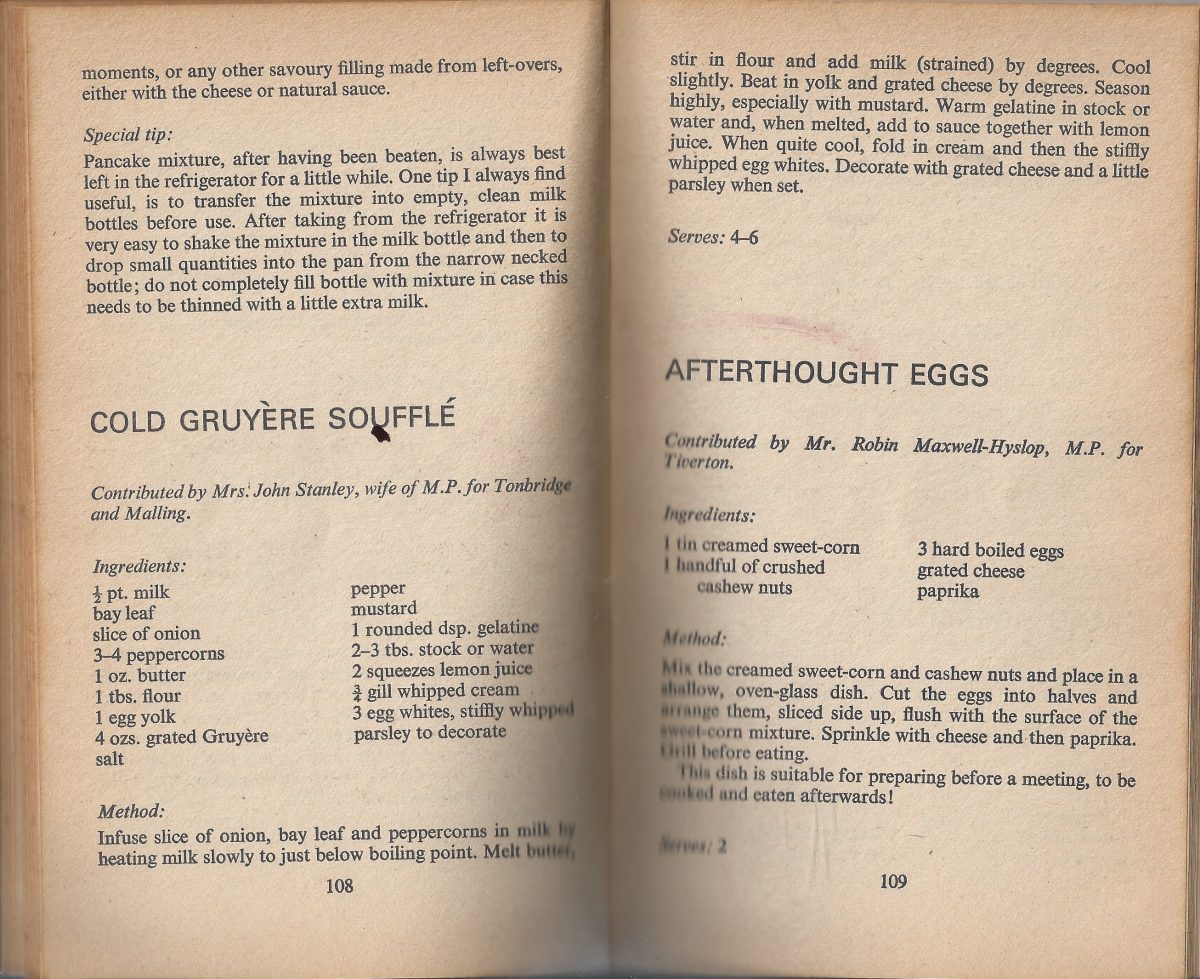 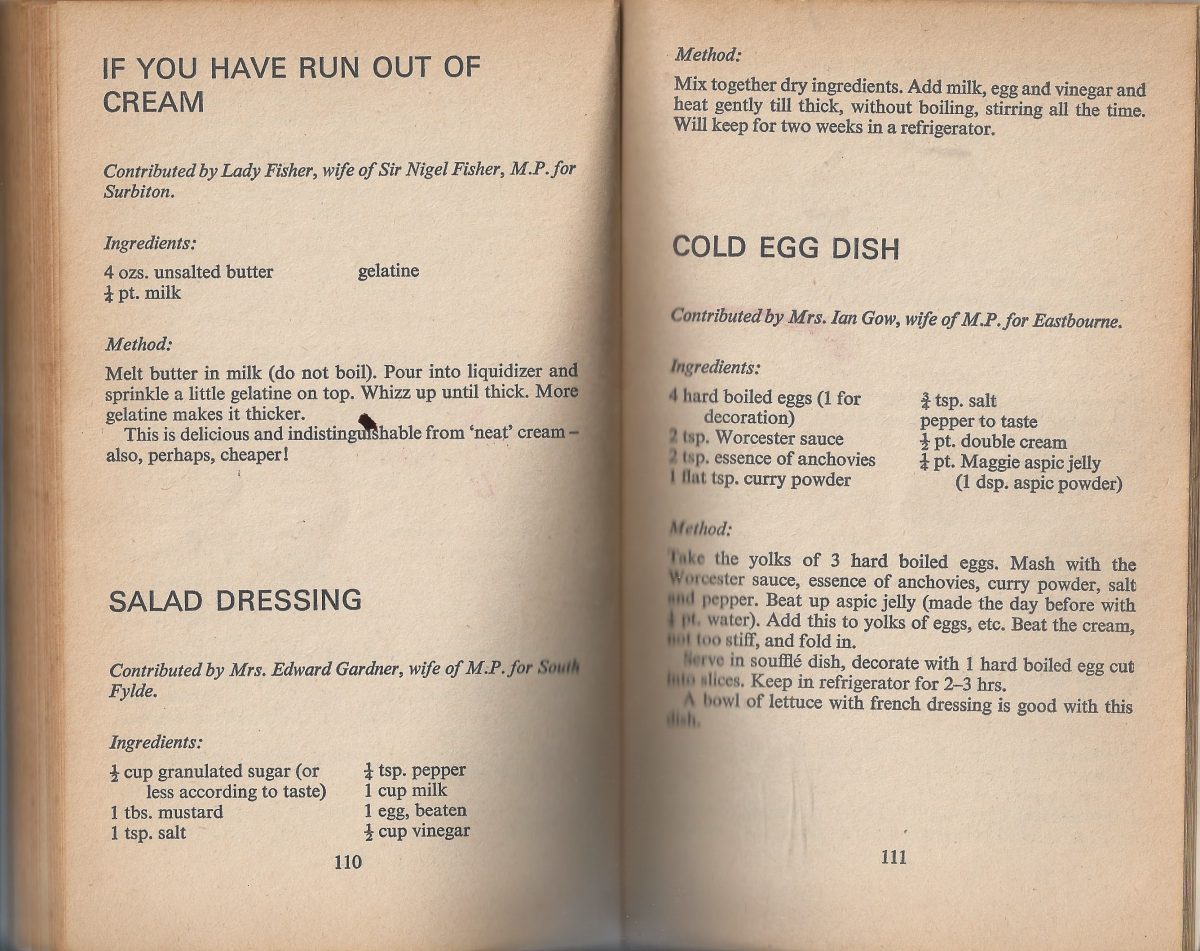 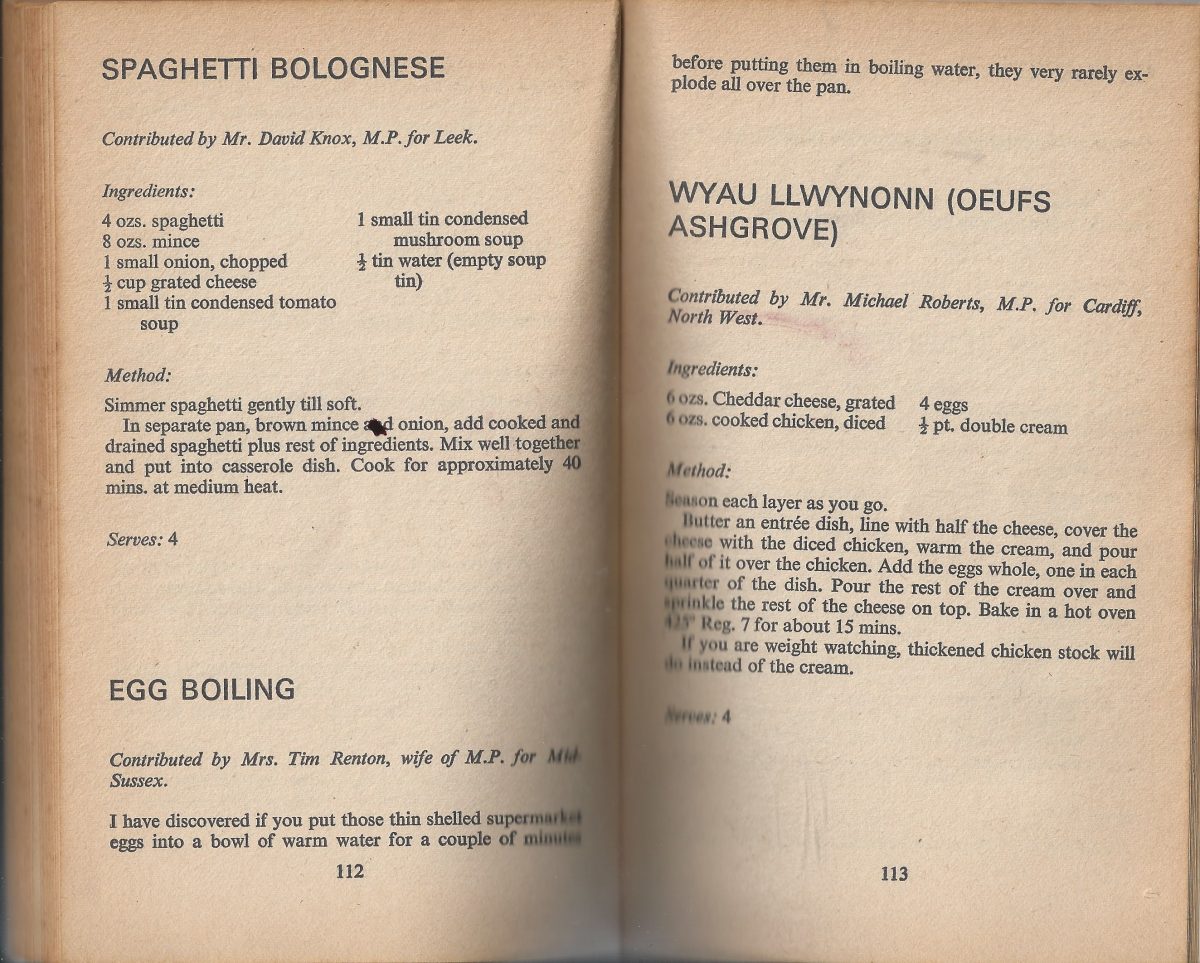 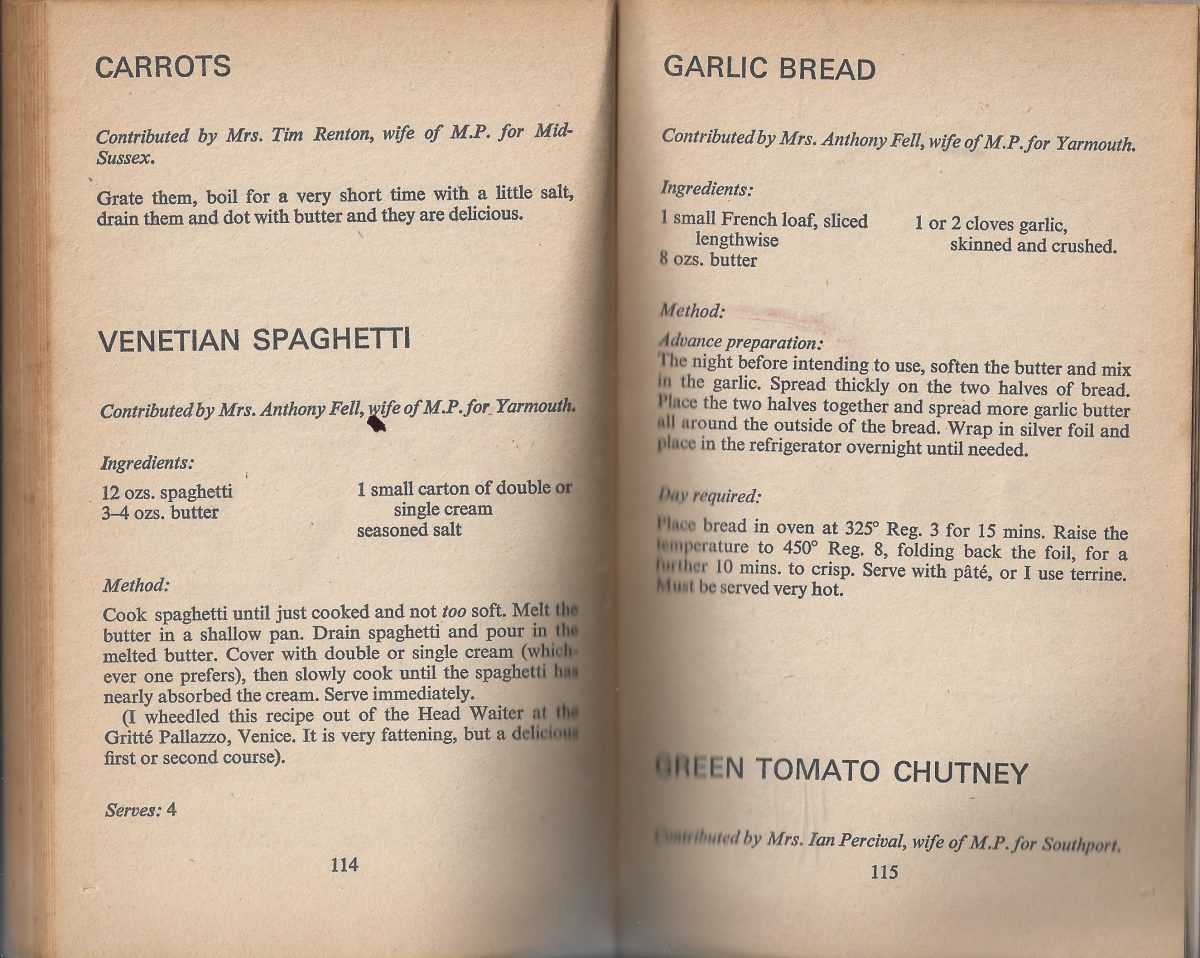 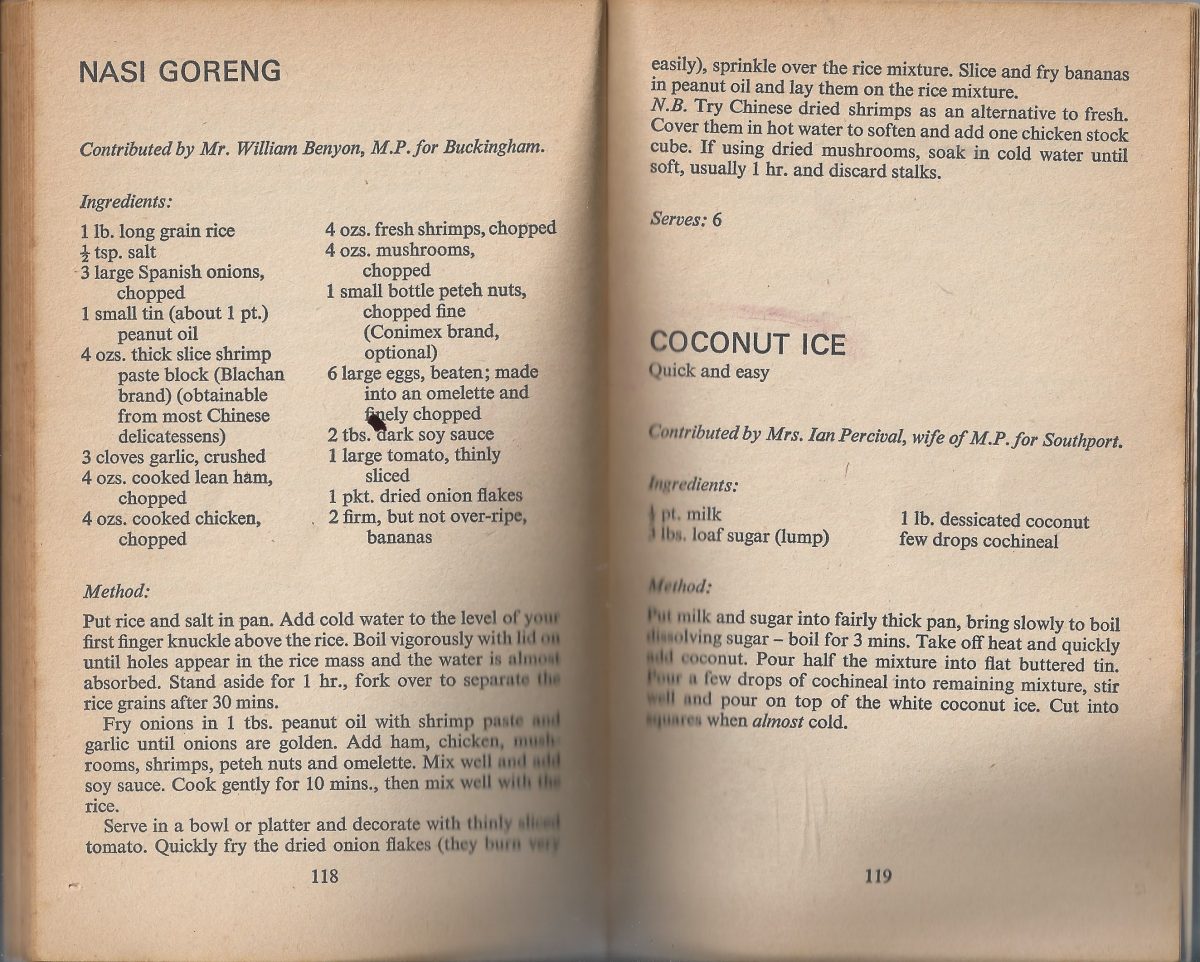