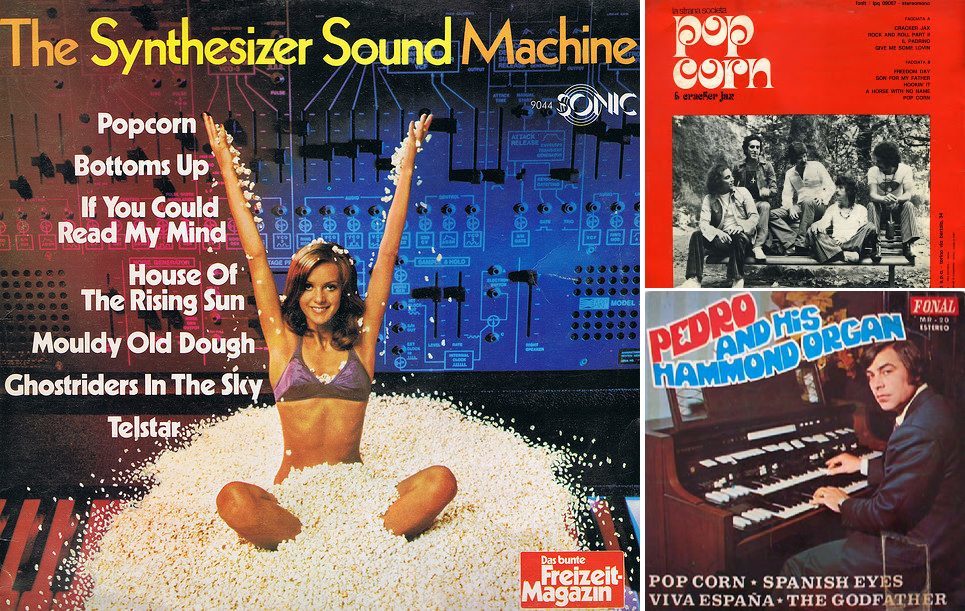 Say what you want about the song “Popcorn”, it’s an amazing pop culture artifact if only for its longevity and international success. The song was a hit literally around the world from Ireland to the Ukraine to Taiwan. Unfortunately for the composer, Gershon Kingley, most of bands covering the song, at home and abroad, never gave him a nickel in royalties. “Popcorn” was simply covered too much and crossed too many borders to keep track of!

It has historical significance since it was one of the first examples of a successful synth pop song. Kingsley wrote it in a whopping 30 seconds, and put it on an album Music To Moog By (1969), which easily could have gone unnoticed along with so many other “Music to (fill in the blank)” albums of its ilk..

Upon its release in 1972 by Hot Butter, literally hundreds of cover versions sprouted up around the globe. The song has been used in a variety of media: several films [see Shriek of the Mutilated (1974)], the Digger video game in 1983, a Pampers commercial in 2001, etc. 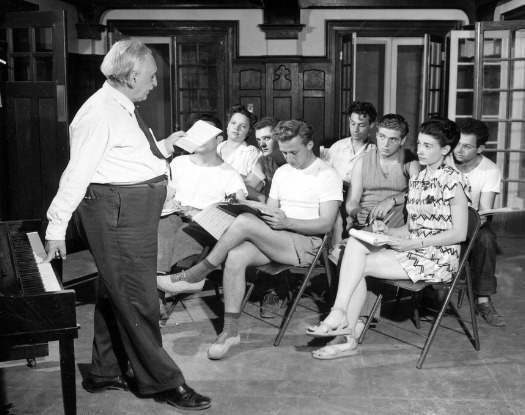 Kingley is in the front row (the guy with girl legs)

But before we have a look at the cornucopia of cover versions – What about the song’s composer?  Kingsly was born in Berlin but fled to Palestine (in an area that would later become Israel) with the rise of Naziism and worked on a kibbutz. He taught himself piano and came to America to attend Juliard. When he was declined, Kingsly instead graduated with a degree in music from the L.A. Conservatory of Music (shown above).

It wasn’t long before Kingsley hit it big on Broadway. He was directing and was making waves as a composer for the theater, particularly the Jewish productions. But the real history begins when Kingsley starts messing around with the moog and putting together some experimental sounds. The 1966 album The In Sound from Way Out contained the typical bachelor pad hi-fi space-age weirdness.

A press release from Vanguard Records:

It’s electronic sound of pop music from the future. A sample of the strange new pleasure of a world which belongs to the space age. A sample of the electronic “Au Go Go” that might be heard soon from the juke boxes at the interplanetary way stations where space ships make their rest stops. 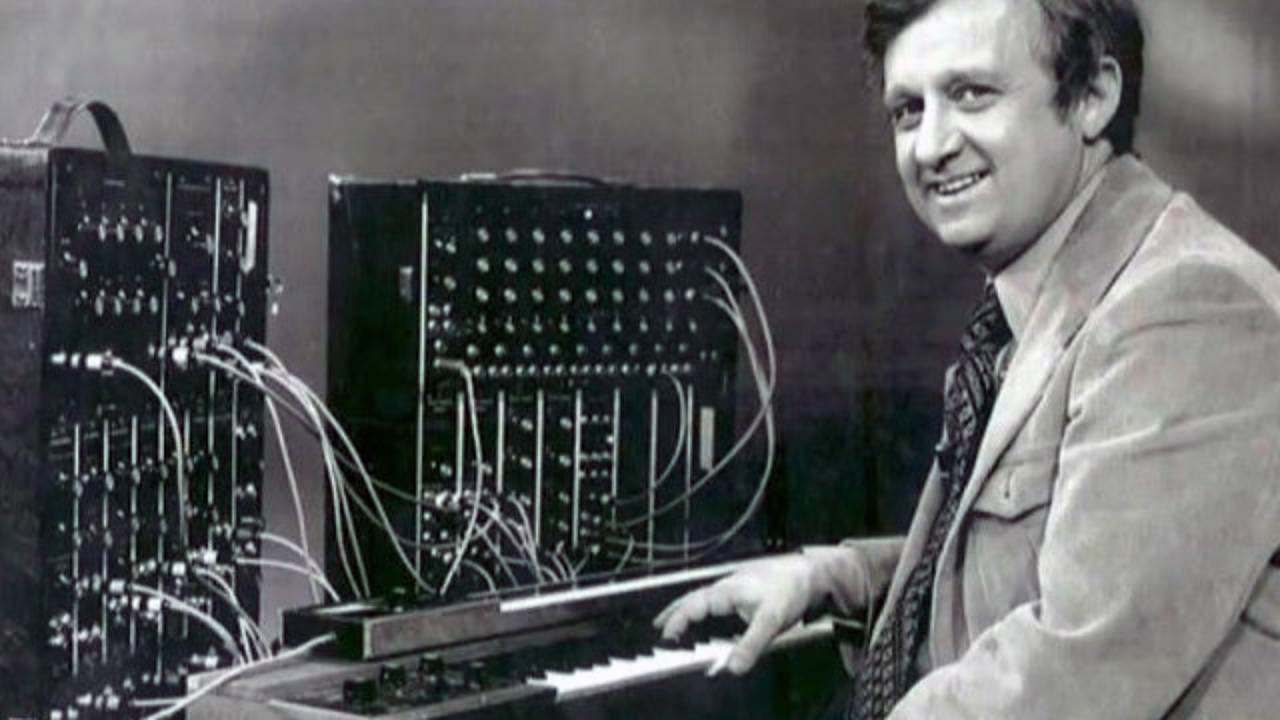 Kingsley, the proud composer of a global phenomenon

After Popcorn (A.P.), Madison Avenue was chomping at the bit to get Kingsley’s sounds into their commercials. Soon, he was composing sounds for everybody from Coca-Cola to Hanes stockings to Aquanet. Riding high on the subsequent success of “Popcorn”, Kingsley then began to move away from the moog. He’d made space age pop accessible to the masses, and now was moving on to greener pastures in standard classical music.

Of interesting note to Flashbak readers: Kingsley composed the soundtrack for Silent Night, Bloody Night (1974) and the theme music for the game show Jokers Wild.  The Joker’s Wild theme music was replaced in 1974 by an Alan Thicke composition called “Joker’s Jive”. Yes, that’s right, we just connected the dots from a 1930’s Palestinian kibbutz to the dad on Growing Pains. You can thank me later.   On with the Popcorn covers:

Byron Lee & the Dragoneers Version (1973) from the album Reggae Round the World (!)

Pedro and His Hammond Organ’s Version (1973)

Charles Barlow and His Orchestra’s Version (1977) – a Samba version

Well, that was twenty versions, and we could probably go on all day.  However, this song has a way of eating at your sanity upon repeated listening.  So, we’ll end here to preserve the last shreds of mental health- but, trust me, there are many, many, more.