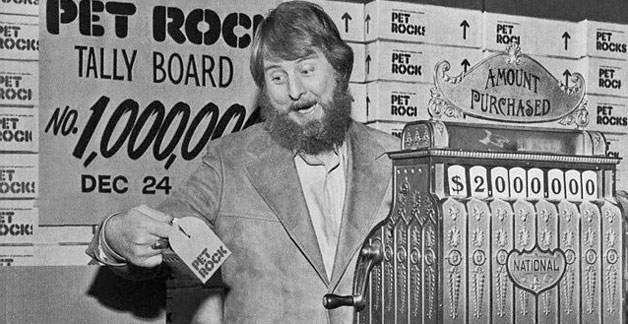 Perhaps no fad epitomizes the decade quite like the Pet Rock. It required absolutely no attention, no personal interaction and no care – the perfect pet for the Me Generation.

The idea was born over cocktails with some friends and colleagues in the advertising biz at a bar in Los Gatos, California. His friends began to complain that the life of an advertising man is just too busy to raise a family or even have a pet.   Gary made a silly joke, something like: “I’m not too busy for pets.  I’m an advertising man and I have two pets… PET ROCKS!”  (insert hysterical laughter) So, Gary took chunks of Mexican Rosarita Beach Stone and marketed it in a comical way complete with instruction manual.  The next thing you know, he’s sold 1.5 million of them.  It was only moderately funny and obviously a gimmick…. so, why did it catch on like wildfire?  For a generation so self-obsessed, it does make one wonder if there was something subconscious at work here.  No one will ever really know why it caught on the way it did – it was just another bizarre trend of the disco decade that disappeared as fast as it arrived. 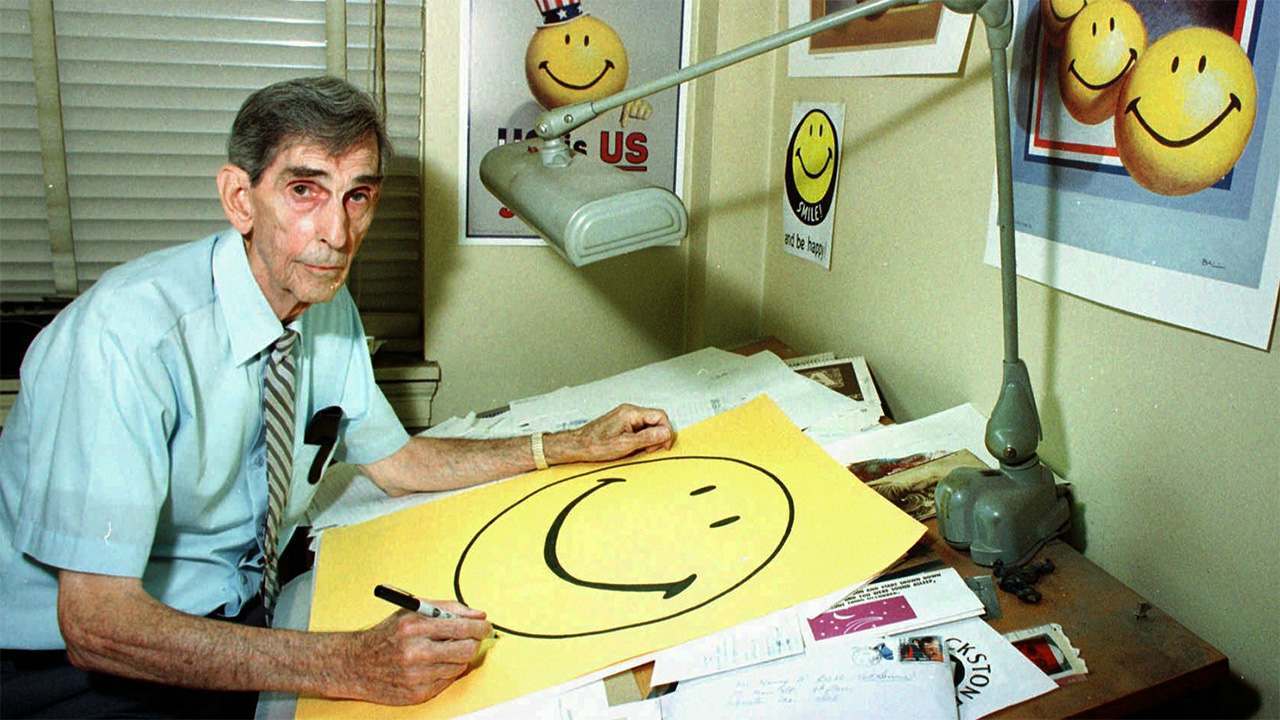 It’s 1963 and the Mutual Life Insurance Company in Worcester, Massachusetts is experiencing bad morale.  An executive at the company asks their staff graphic designer, Harvey Ball, to work on something that will bring a little happiness and cheer into this miserable workplace.  In under 10 minutes, Harvey creates what would become the most recognizable symbol of the decade – The Smiley Face.

The symbol caught on with the company, and eventually requests came in from outside.  By 1972 over 50 million smiley face buttons had been sold and a countless number of T-shirts, patches, bumper stickers, etc.  Yet, Harvey had only received $45 as commission from the Mutual Life Insurance Company; it would eventually be trademarked, but not by him.  Yet, Harvey has stated that he has no regrets, and is just happy to have “made the whole world smile.” 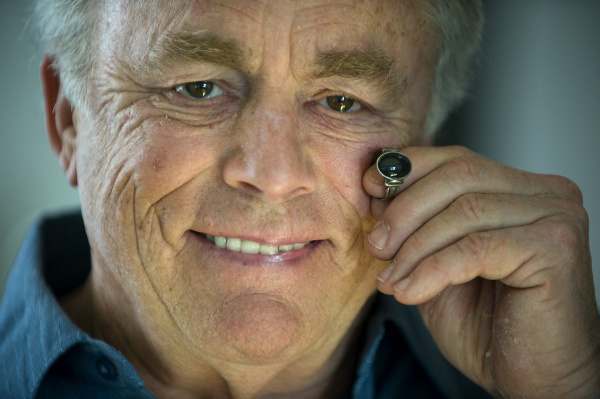 By mid-decade, the idealist, politically-minded activist spirit that had been so prevalent in the 1960s and early 70s had begun to die down.  It began to be about ME, about getting in touch with your inner-self, and searching for inner-peace.  A stressed-out Wall Street trader named Joshua Reynolds, like the rest of his generation, was also feeling the need for some soul-searching, so he got into Biofeedback.

His interest and involvement in the field let to him creating a meditation center called Q-Tran.  One day, Reynolds brought in something for all his Q-Tran trainees to wear: a ring with a capsule of liquid crystals which changed color with body temperature.  The Mood Ring was born.

Soon, the ring caught on outside Q-Tran and was selling in the millions.  It was the perfect accessory for a generation obsessed with their inner-feelings: blue meant “tranquil” and black meant “rotten”.

Unfortunately, the mood ring became so associated with the 70s, that it was rejected in the 80s.  Like platform shoes and bell-bottoms, the link with a decade now regarded as laughable was too strong.  Plus, all mood rings went black after two years.  The fad was over, but Josh still had one more big invention left in him…. the Thighmaster. 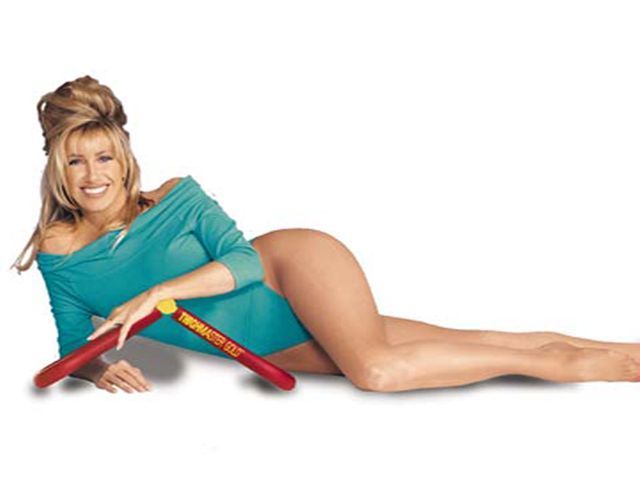