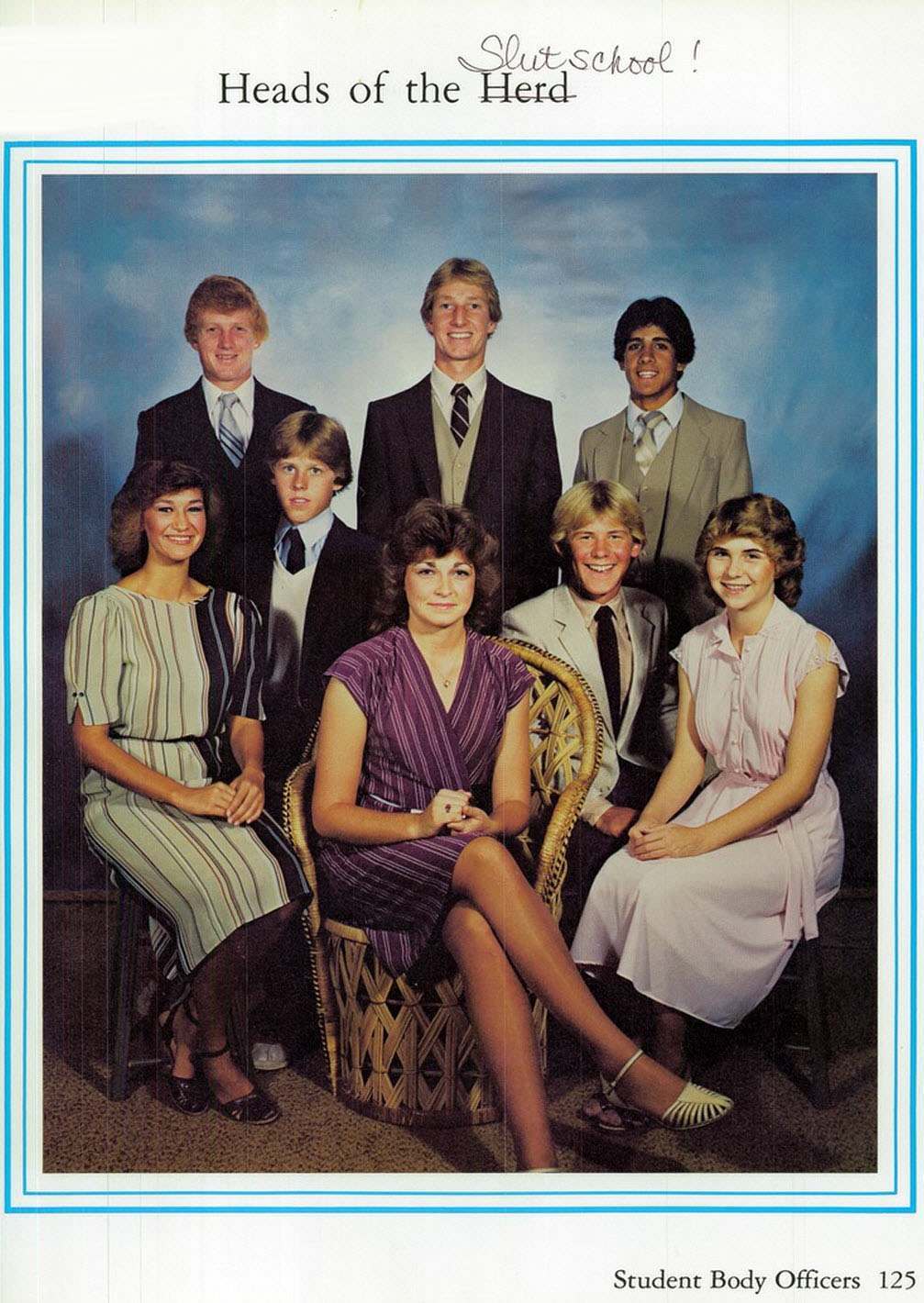 “Heads of the Slut School!”

WE all possess an old high-school yearbook lovingly covered in graffiti.  Well, I am in possession of a 1982 yearbook which deserves special attention.  I don’t know who this anonymous yearbook defacer is, but his work warrants a little of everyone’s time. The humor is about as juvenile as it comes, but I think that’s what gives it such charm. Whoever the mysterious graffiti firebrand is, I’d love to give him a high-five for his wonderfully hilarious douchebaggery littering nearly every page.

I’ve obliterated any last names to preserve the innocent, and the name of the school I’ll leave anonymous as well. So, let’s check out some high school yearbook shenanigans. I will warn you, however; don’t expect an underground Oscar Wilde. “Slut School” (pictured above) may be his finest work. 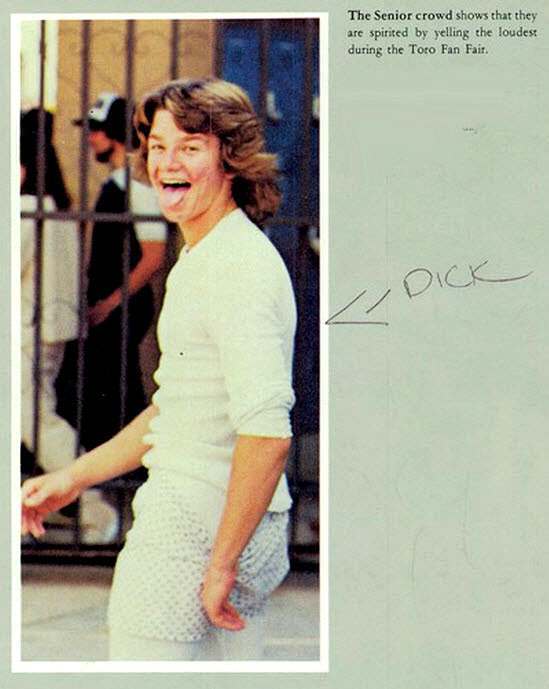 This mysterious defacer exhibits an economy of words in the tradition of Hemingway.  And although I don’t know this young man from Adam, I must admit that I share the defacer’s opinion. This guy does look like a dick. 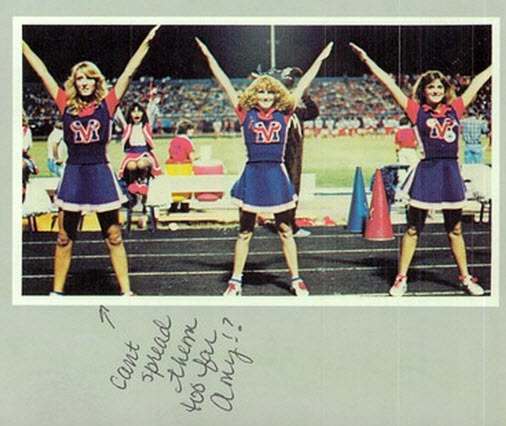 “Can’t spread them too far Amy?”

The handwriting would seem to indicate this defacer is actually a girl.  As further evidence: could a guy be this catty? 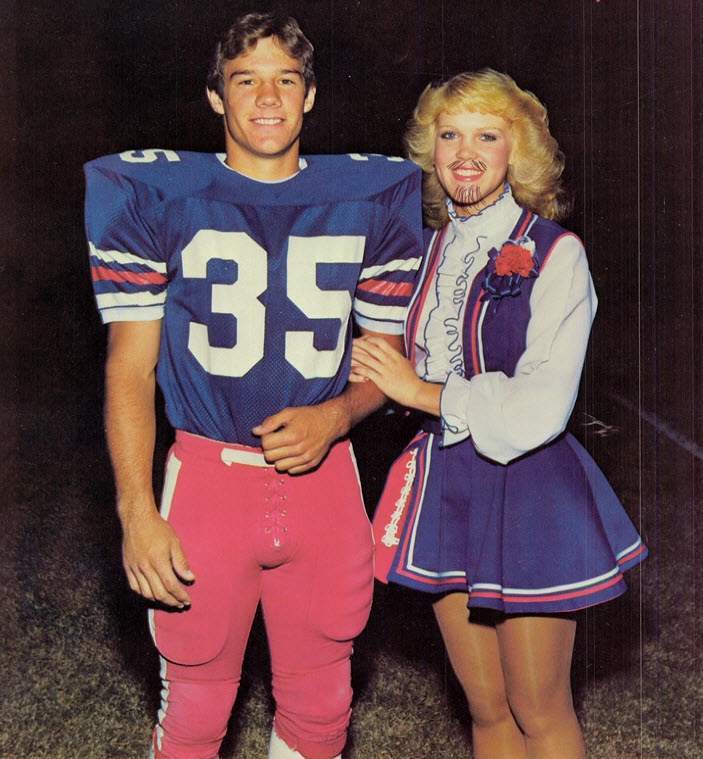 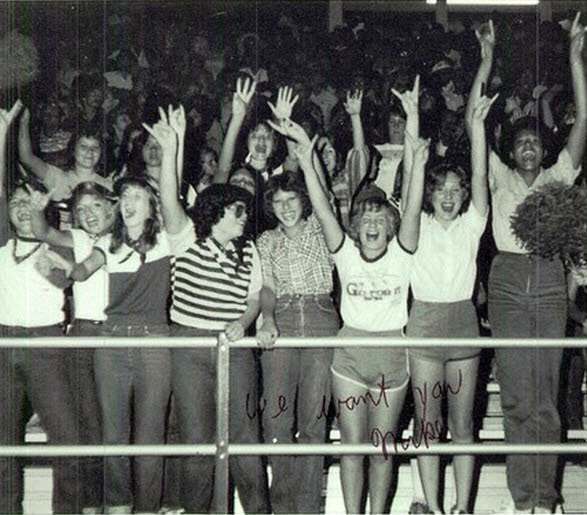 “We want you Mike”: At last, a clue to our defacer’s identity (and his egomania).  Unfortunately, this contradicts the previous clues indicating the defacer is female. 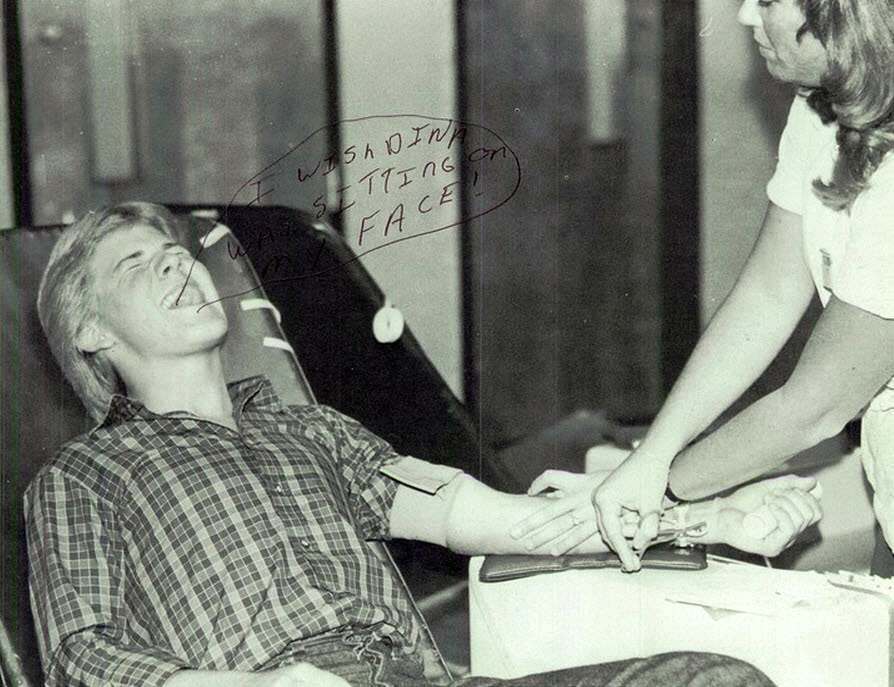 “I wish Dina was sitting on my face.”

Like I said, he/she is no Oscar Wilde. But as far as yearbook defacing goes, our “Mike” is quite the wordsmith. 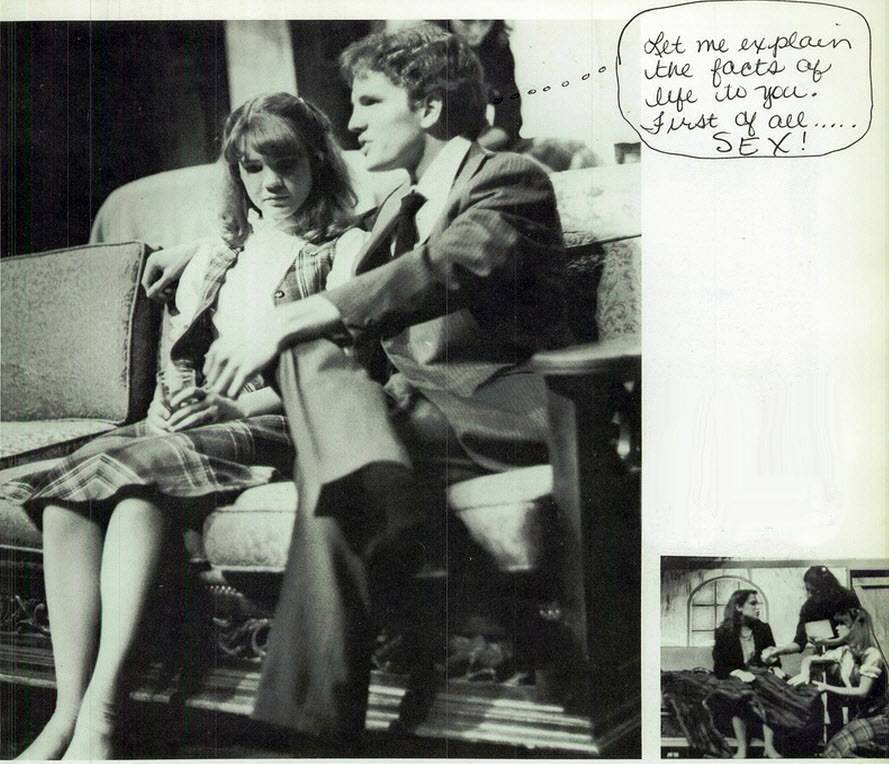 “Let me explain the facts of life to you. First of all… SEX!”

This is actually from the school play of “Diary of Anne Frank”…. making this perhaps Mike’s most tasteless work. But remember, a true artist knows no boundaries. 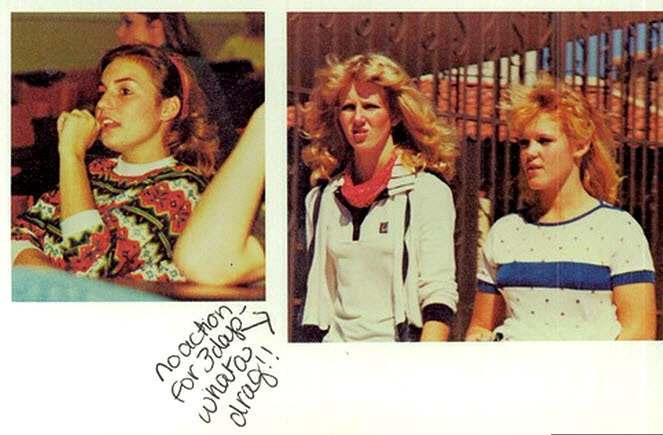 The complete absence of any cartoon cock n’ balls would seem to also lend credence to the theory that our artist is a female.

The yearbook is a time honored platform for teenagers to finally put their sorry attitudes to paper.  No doubt, our “Mike” flavored his/her comments with some good old fashioned teen angst. 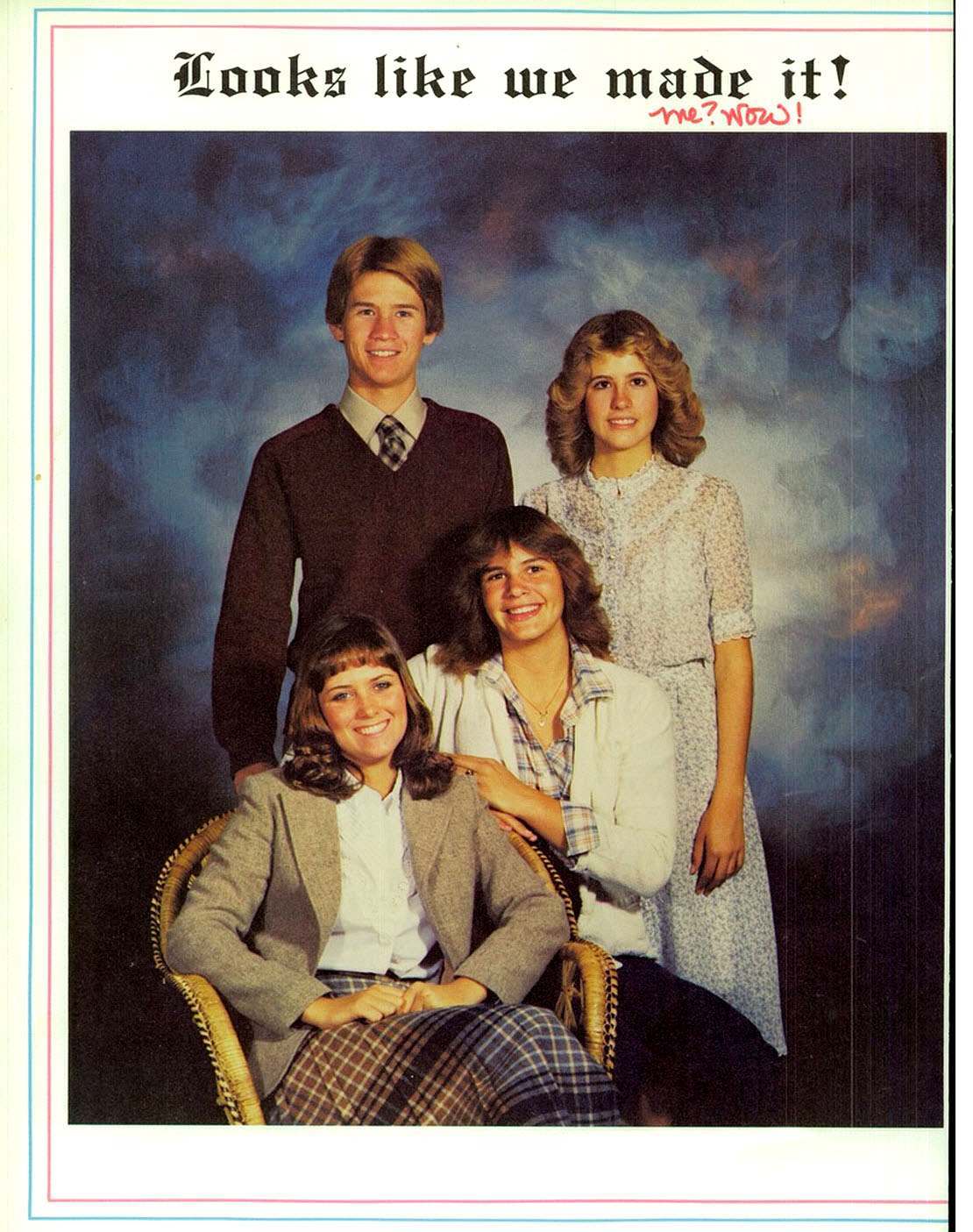 Could one of these individuals be our secret scribbler?  I’m inclined to think not.  This group appears to be the honors society; and, no offense to “Mike”, but he/she doesn’t strike me as a “mathlete’ if you catch my meaning. 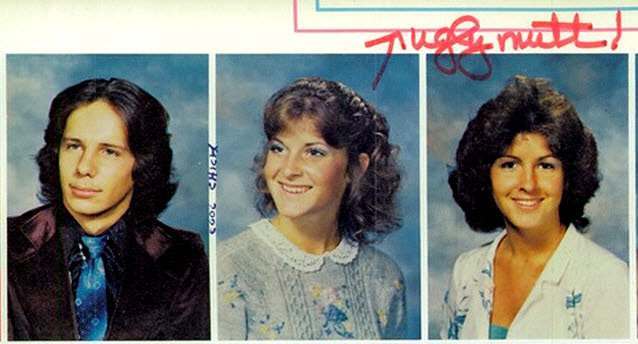 Is this “Mike” being a complete jerk, or is he/she being playful? The beauty of his/her work, like a Pollack or Picasso, is that it can be interpreted in so many ways. 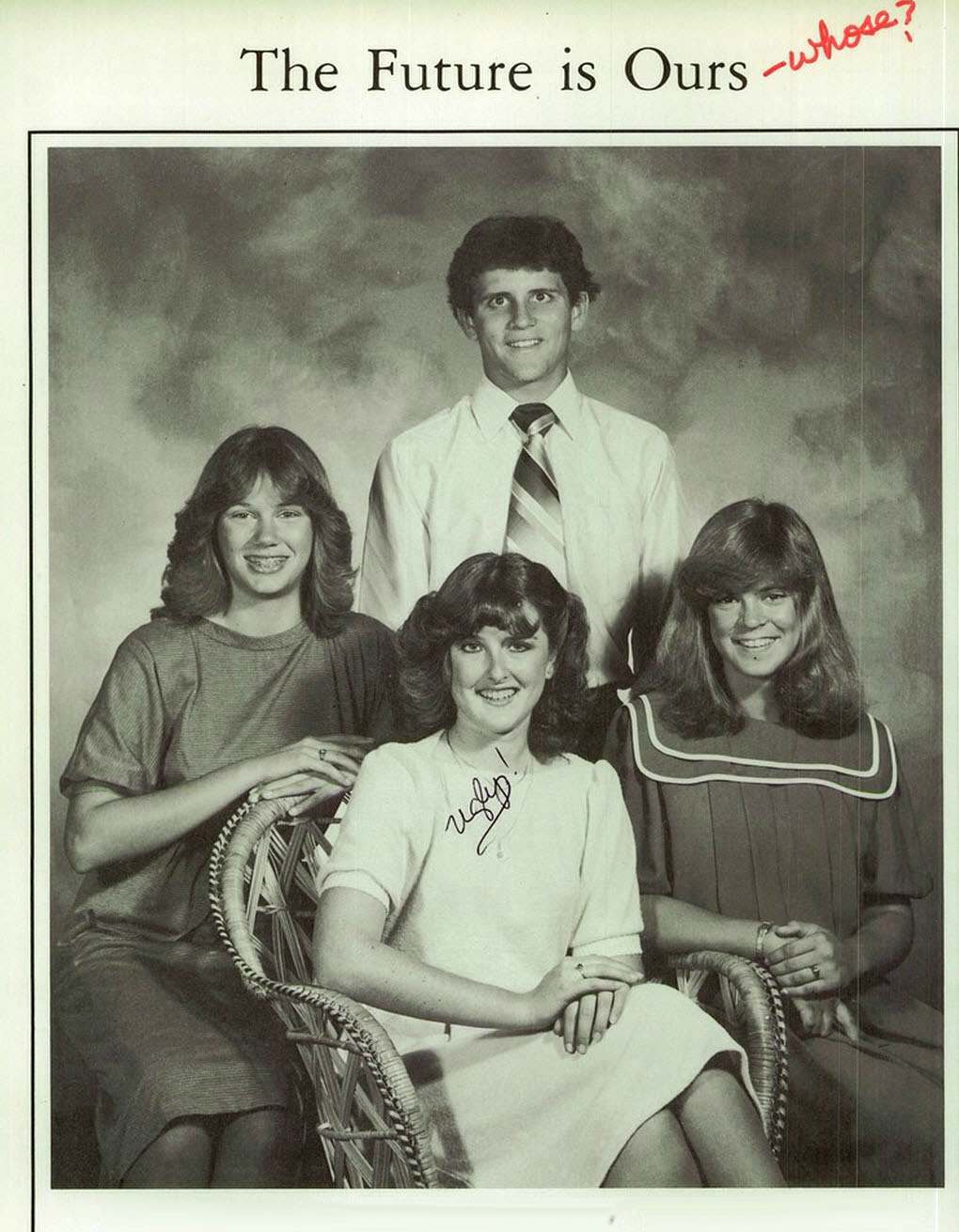 And finally, perhaps his/her most profound work. “The Future is Ours….. Whose?”  Whose, indeed. Bravo, Mike. Bravo.