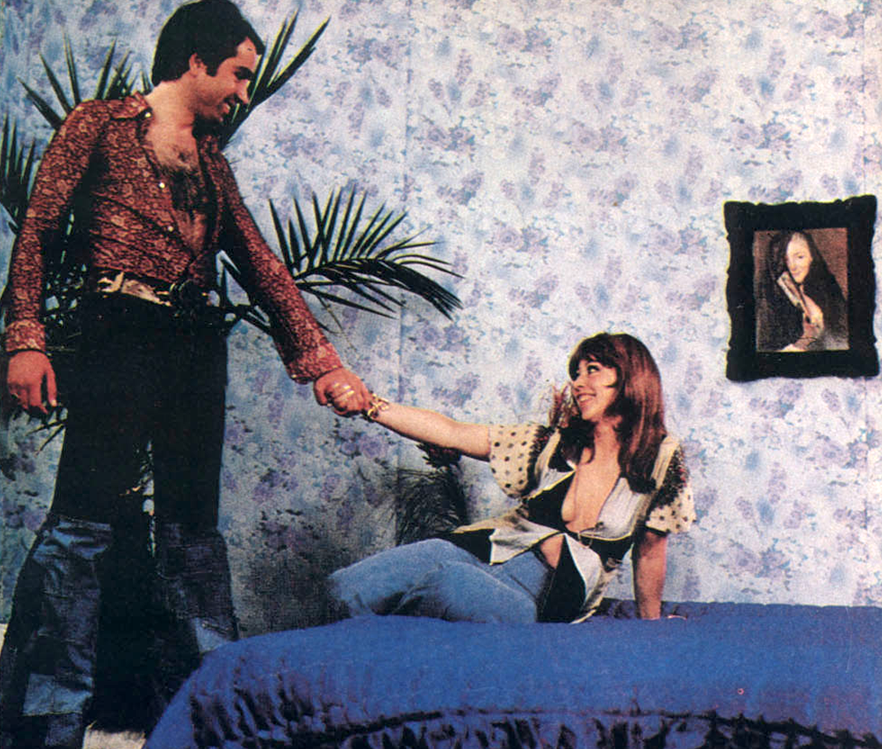 If you’re going to be an honest “historian” of the 1970s, you’ve got to address the defining characteristic of the decade: S-E-X.   America’s largest generation by far, the Boomers, had all reached their sexual prime – and, as it happens, the counter-culture movement had done away with the more puritan aspects of previous decades. Thus you had the Perfect Storm of millions of Boomer Youths living in a environment free of sexual inhibition.  The Decade of Decadence was born. 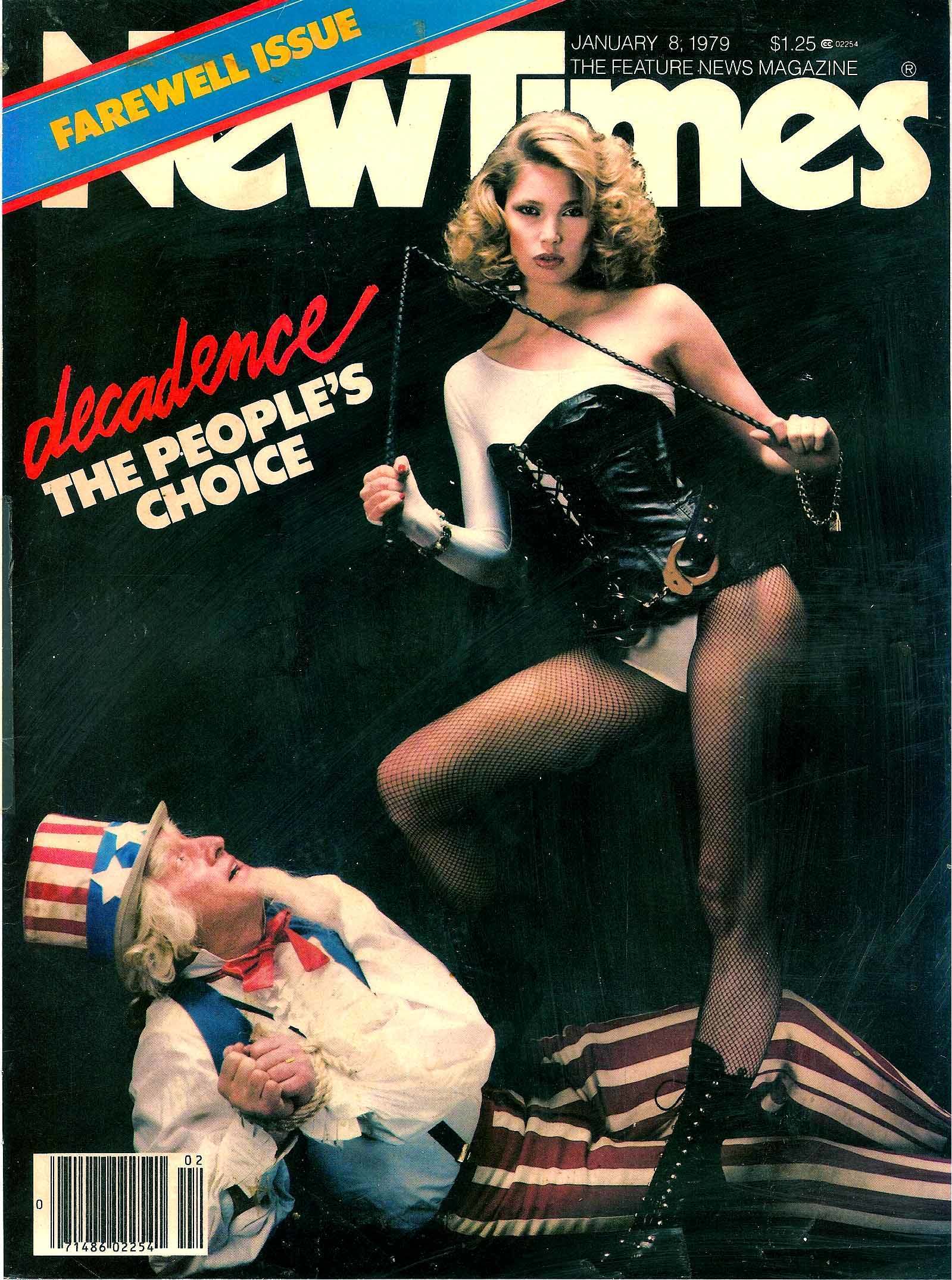 This sums it up pretty well: 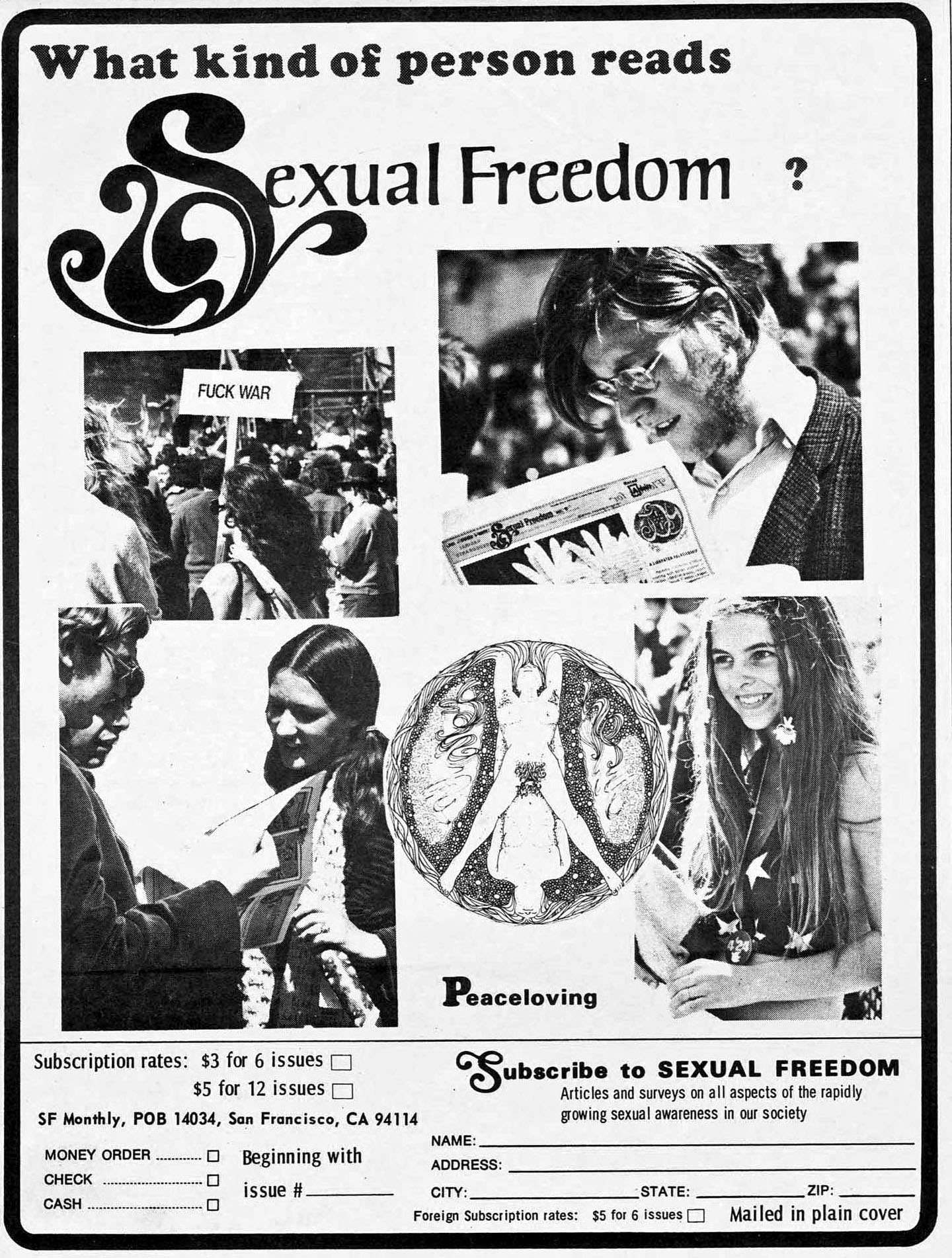 Another quote which describes it about as well as any:

“The sexual revolution was considered by many to be the most shocking social trend in the 1970s. It cast aside traditional sexual restraints and began a decade of alternative eroticism, experimentation, and promiscuity. In part facilitated by the development of the birth-control pill and other contraceptives, Americans in the 1970s broke many sexual taboos. Interracial dating, open homosexuality, communal living, casual nudity, and dirty language all seemed to indicate a profound change in sexual behavior. Sexual activity among the young especially increased. Surveys during the 1970s reported that by age nineteen, four-fifths of all males and two-thirds of all females had had sex. Fashion designers promoted a new sensuality, producing miniskirts, hot pants, halter tops, and formfitting clothes designed to accentuate women’s sexuality.”

When Did It Occur?

Everyone assumes it was the 1960’s.  After all, wasn’t that decade all about free love? Yes and no. It’s always dangerous to assign characteristics and trends to a particular decade – as if the world abruptly changed on January 1st, 1970. Life is not affected by our arbitrary determination of years and decades. Indeed, 1969 looked very much like 1970 and 1980 looked very much like 1979, if you catch my meaning. When talking about history, it is convenient to package things in nice neat decades – but life is much more messy, with trends spilling over into adjacent decades.

The sexual revolution certainly began prior to 1970: the pill actually hit the scene in the 1960’s, Hugh Hefner’s playboy lifestyle before that, and the infamous Kinsey Report before that…. you could even go further back to Sigmund Freud and Margaret Sanger in the early 1900’s. In fact, you could probably keep tracing it back and back and back – every trend had an origin somewhere, and that origin had it’s origin somewhere else, and so on. However, I submit to you this fitting analogy:

If previous decades were foreplay, then the 1970’s was penetration.

There, I said it. 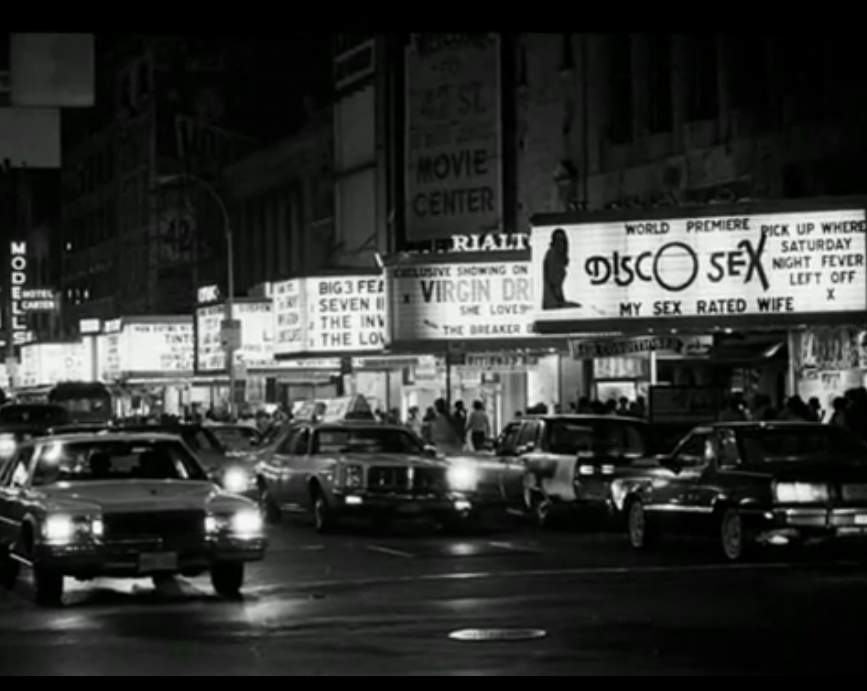 “I went to see Deep Throat cause I’m fond of animal pictures. I thought it was about giraffes.” [insert laugh track] 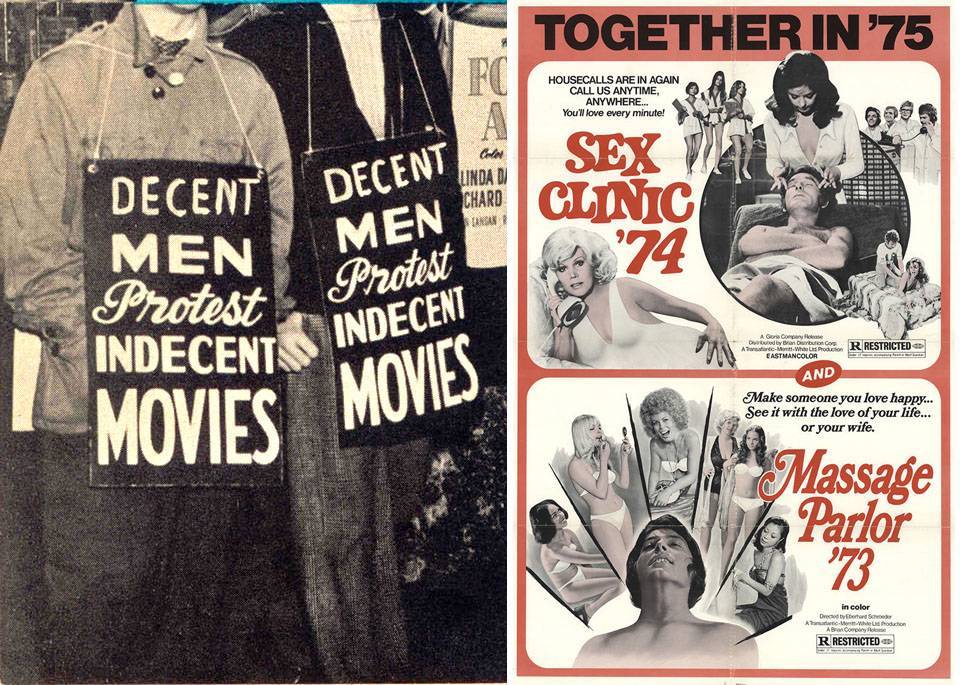 Okay, so we understand that the revolution swept across popular culture, but how did it impact the average person?  Not everybody in the 1970s was a liberated ex-hippie on a sexual mission.  To judge from the film The Ice Storm (1997), the revolution wasn’t an enlightenment, but rather a hollow cause, leaving the promiscuous sad and alone.

Of course, the reality was a mixture of both: of swinging singles having the time of their lives (and still look upon those days fondly) and those who found no real satisfaction from the whole torrid affair.

For couples, with a massive revolution taking place outside their window, I can’t help but think your average pair struggled to keep up – perhaps, a bit disenchanted by how pop culture’s version and their own reality differed so much.

Hence, a tidal wave of books on the topic… 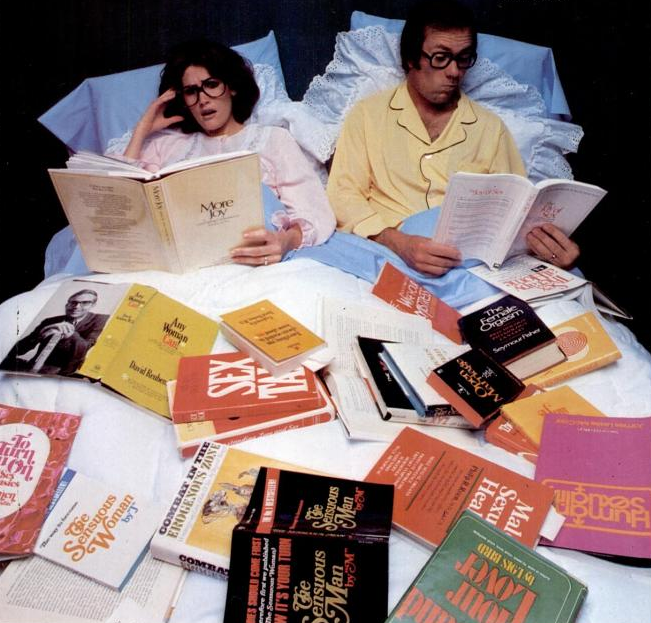 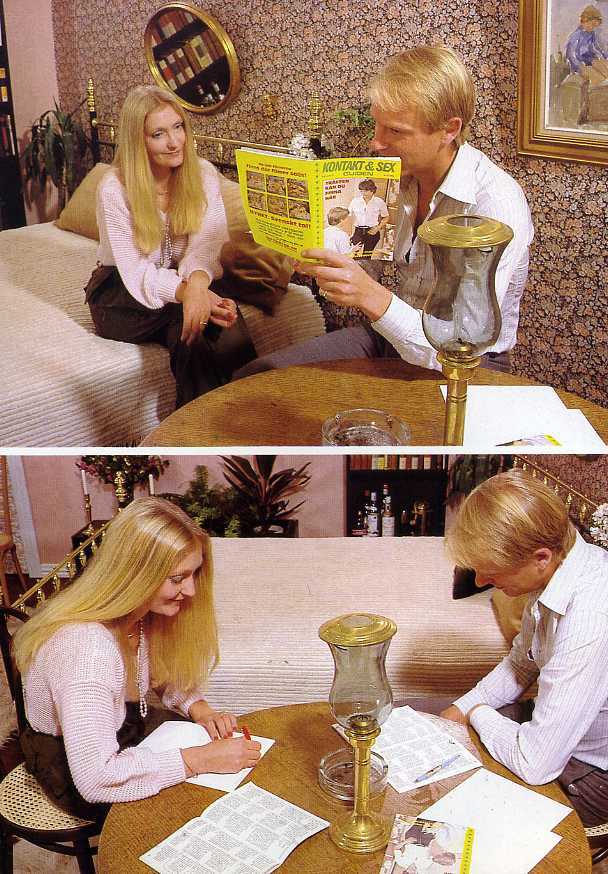 Ultimately, divorces went through the roof and couples tended to get married much later than previous generations.  But in terms of what went on inside your average bedroom, the truth of the matter is that, according to numerous studies, things hadn’t changed that much.  In other words, social norms had definitely shifted – a much more liberal attitude toward sex was definitely in play; however, in terms of actual behavior, people’s sex lives on average hadn’t really changed much as compared to previous generations.

In other words, it’s easy to exaggerate the Sexual Revolution because there was so much buzz – in movies, in music, on TV, in books, etc.  But when you look at how people actually lived their lives, the level of change wasn’t as sweeping as you may be inclined to believe. 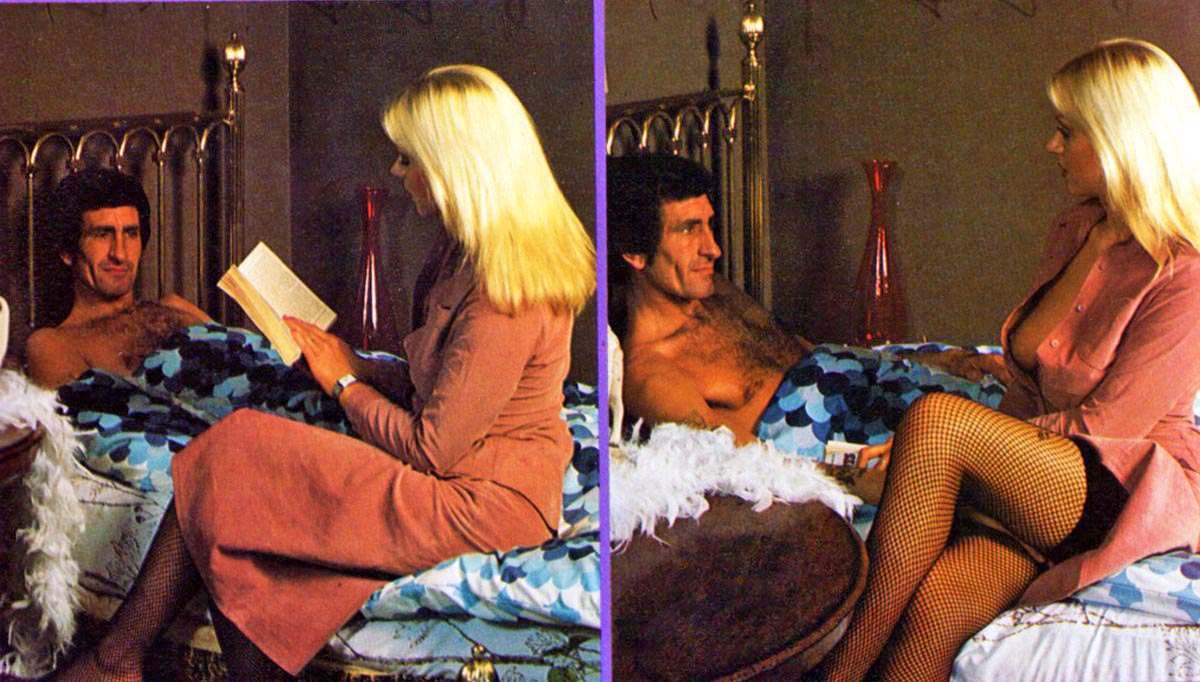 That being said, to truly analyze history is to separate the exceptional from the general. You have to do an aggregate analysis of the overall cultural situation to decide whether a time period is more or less conservative. There is no way you can look soberly upon the 1970s and then compare the current period and reach the conclusion that we are not more rigid in all sorts of ways today. 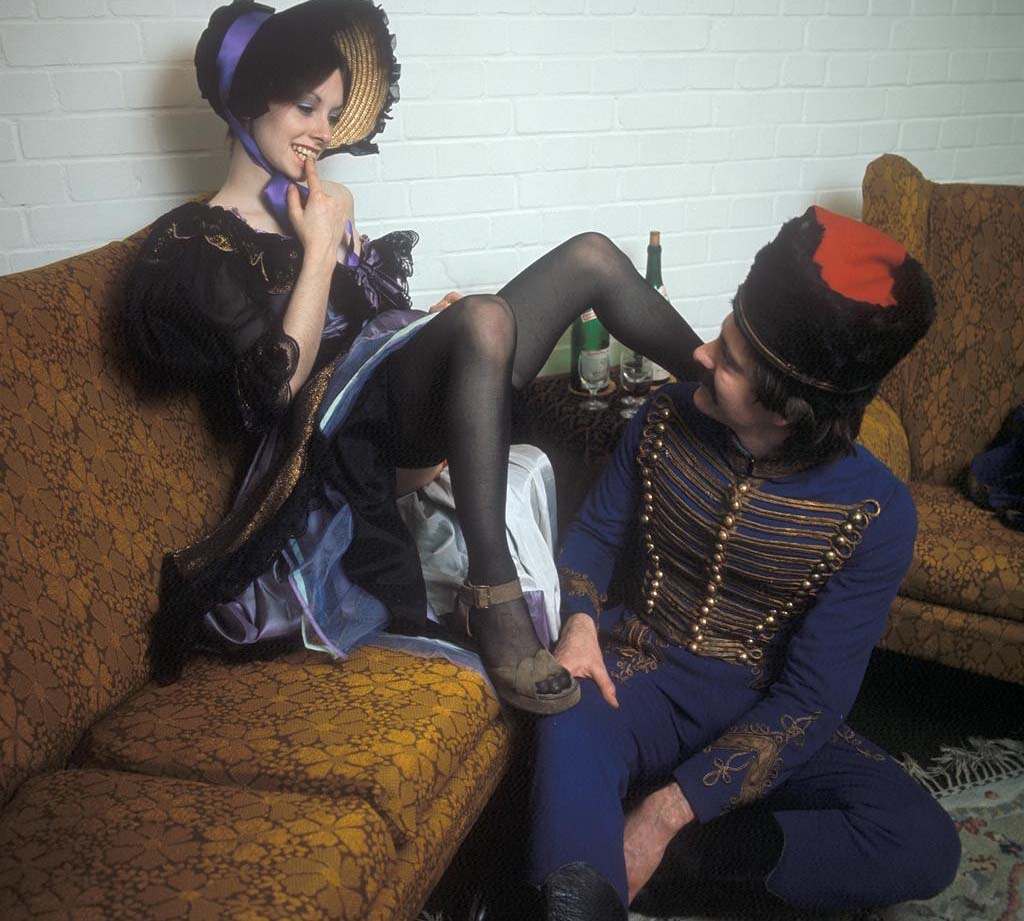 You could say things got weird – or you could say Boomers were into experimenting; whichever sounds better to you.  The fact is, what was once called deviant sexual behavior was now A-OK.  Homosexuality, for instance, was considered an absolute evil in previous decades, now finally found the beginnings of acceptance.

And, finally, it’s also easy to exaggerate the cause of the revolution as being from some sort of counter-culture enlightenment.  In fact, had the Pill not become available (and abortion legal), it is very likely this whole shebang would have been a lot duller.  Loose social mores are all well and good, but when there’s the likelihood of a Generation Xer being born, it kind of takes the fun out of it.

This, from a 1977 issue of Cosmopolitan magazine.  Of course, you could pick up an issue of Cosmo today, and it’s still full of sexually explicit material.  Thus, you could argue endlessly about whether today’s climate is more or less permissive (I still say it is less).  Still, the Sexual Revolution is not a hyperbole – it was a revolution.  The birth control pill, legalized abortion, and lax societal stigmatization of pre-marital sex combined with 75 million Boomers in their sexual prime created a veritable nationwide orgy from sea to shining sea. Swingers clubs, hot tubs, key parties, discotheques, rampant prostitution….. let’s just say janitors and maids had their work cut out for them.