The ‘fastback coupé’ Capri Mk 1 was introduced to the British public in 1969 and was dubbed “the car you always promised yourself” – except my dad who had always promised himself a Cortina Estate. It was essentially designed to be a European version of the American Mustang “Pony Car”. It was immediately successful, at least at first, and sold so strongly that the Capri was soon introduced to Australia and then the US market as the ‘Sexy European’ Lincoln Mercury Capri. Within a year a sportier, more high-powered option called the 3000GT was introduced to the British market.

The Capri got a facelift in 1972 (the Capri B as enthusiasts call them) and it got significant body changes as well as a new engine. The following year was the high-point for the Capri as far as sales went and it sold 233,000 units in 1973. At this point over a million Capris had been sold.

The second generation Capri came out in 1974 and was on sale until 1978. It was called the Capri II and was slightly larger with its overall design more suited to everyday driving – not exactly the point of the original Capri.

The Mark III was released in 1978 and, despite flagging interest, stumbled on until 1986. Despite Ford’s attempts to market sporty and racing-inspired versions of the car, the Capri never caught the public’s imagination in the way that Mark I did in the very early seventies. 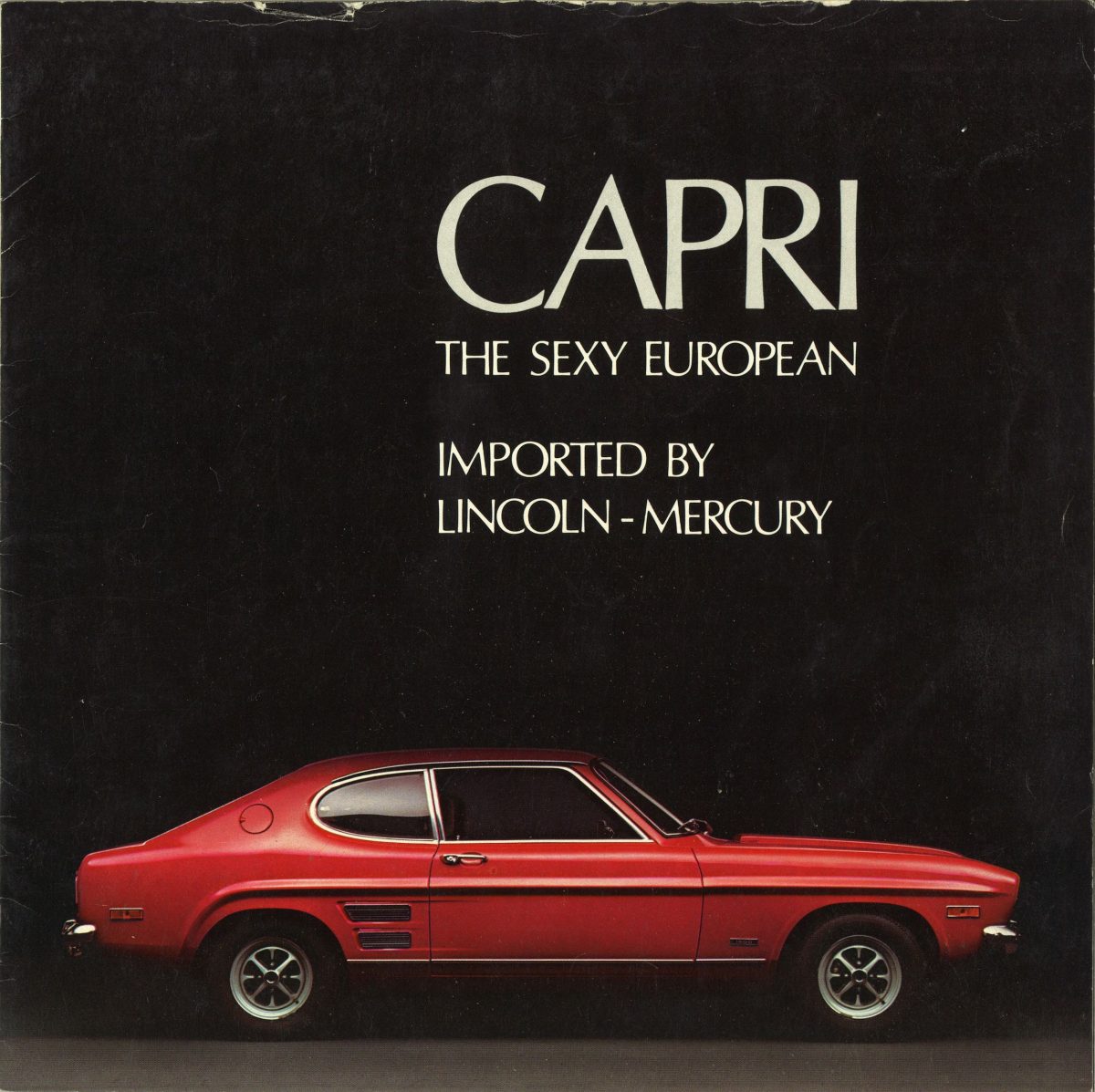 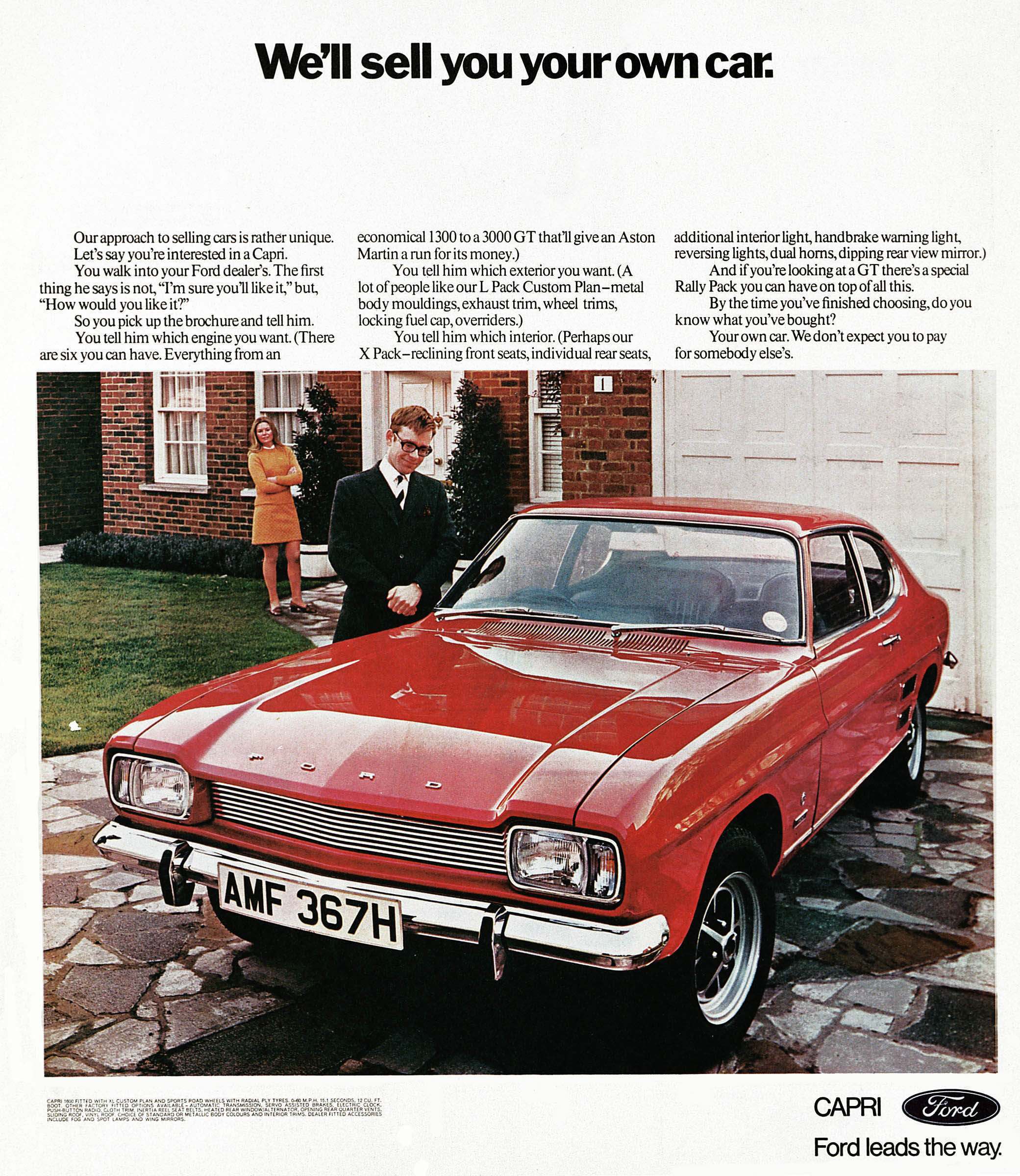 We’ll sell you your own car. 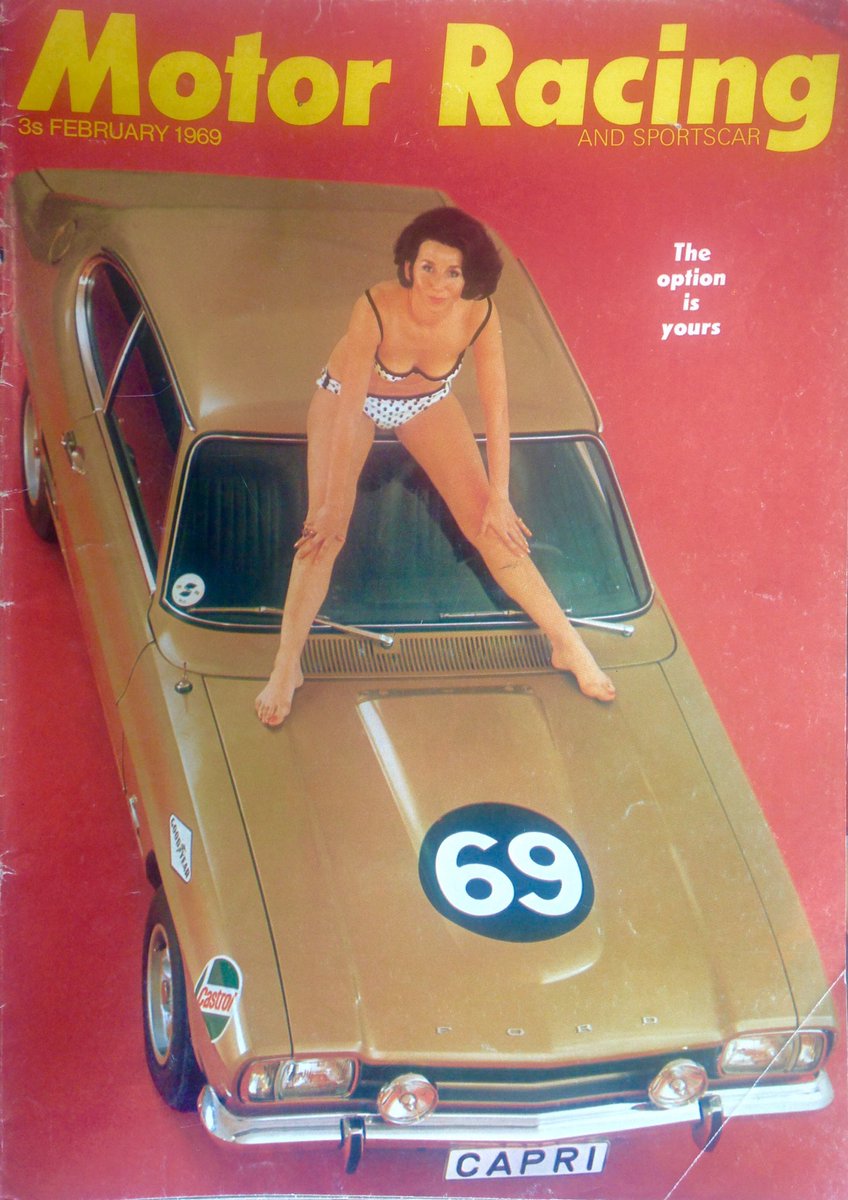 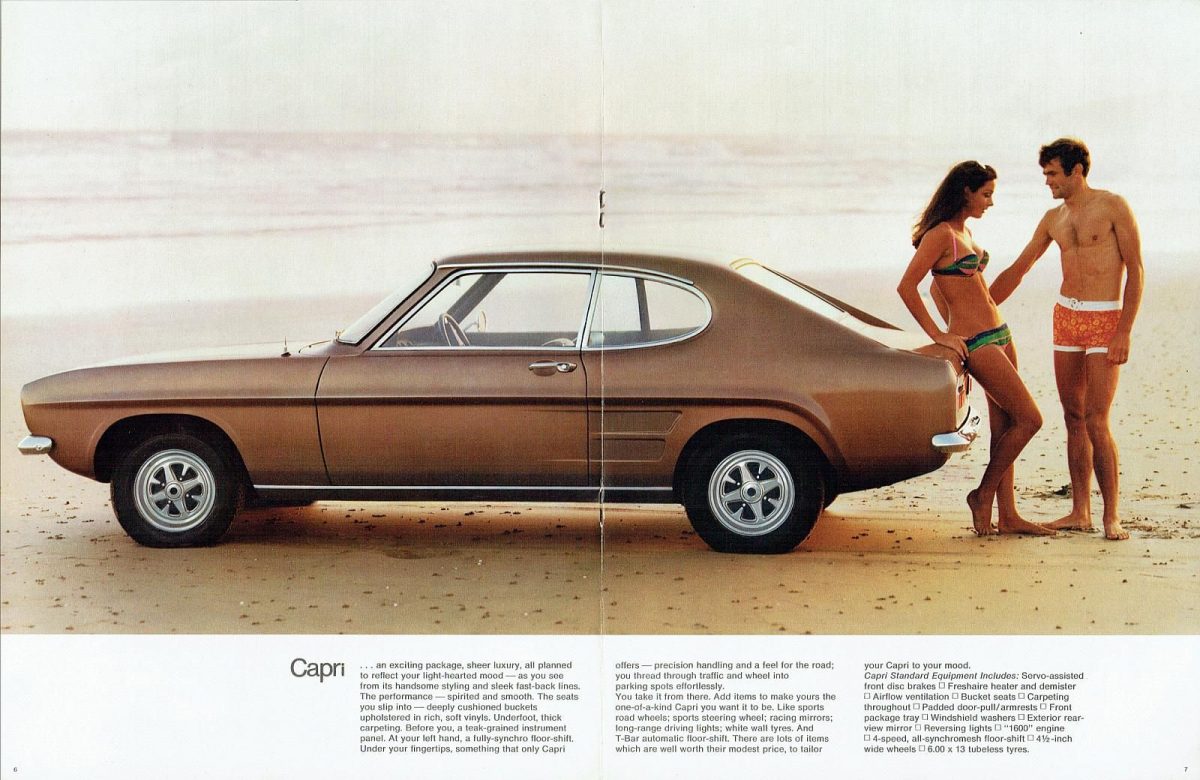 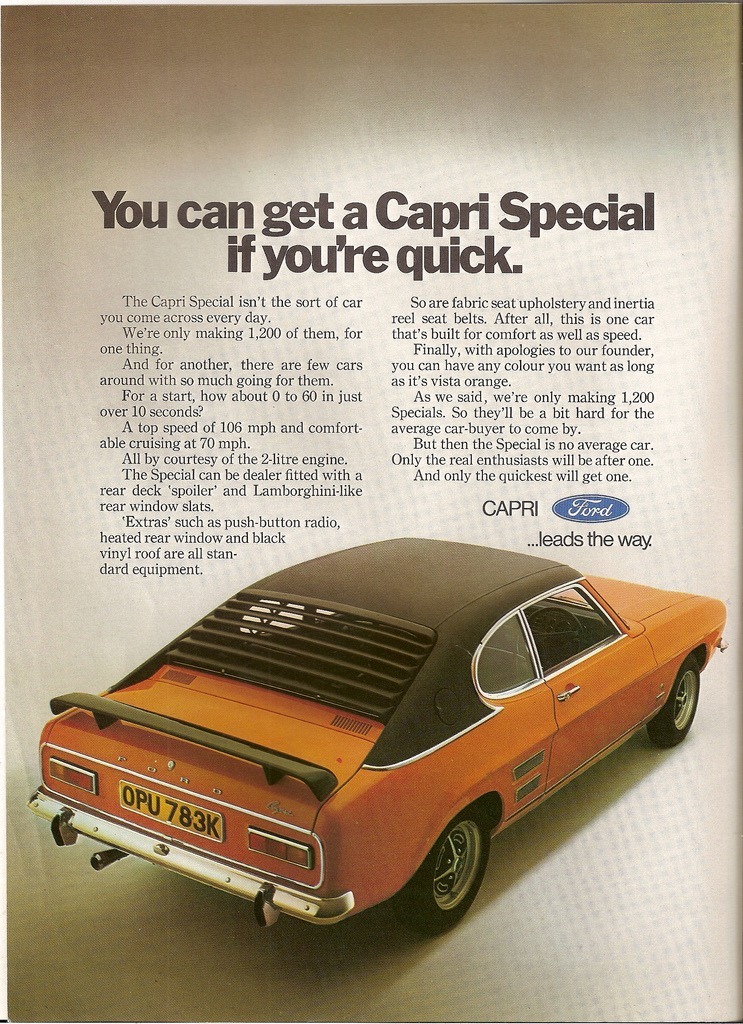 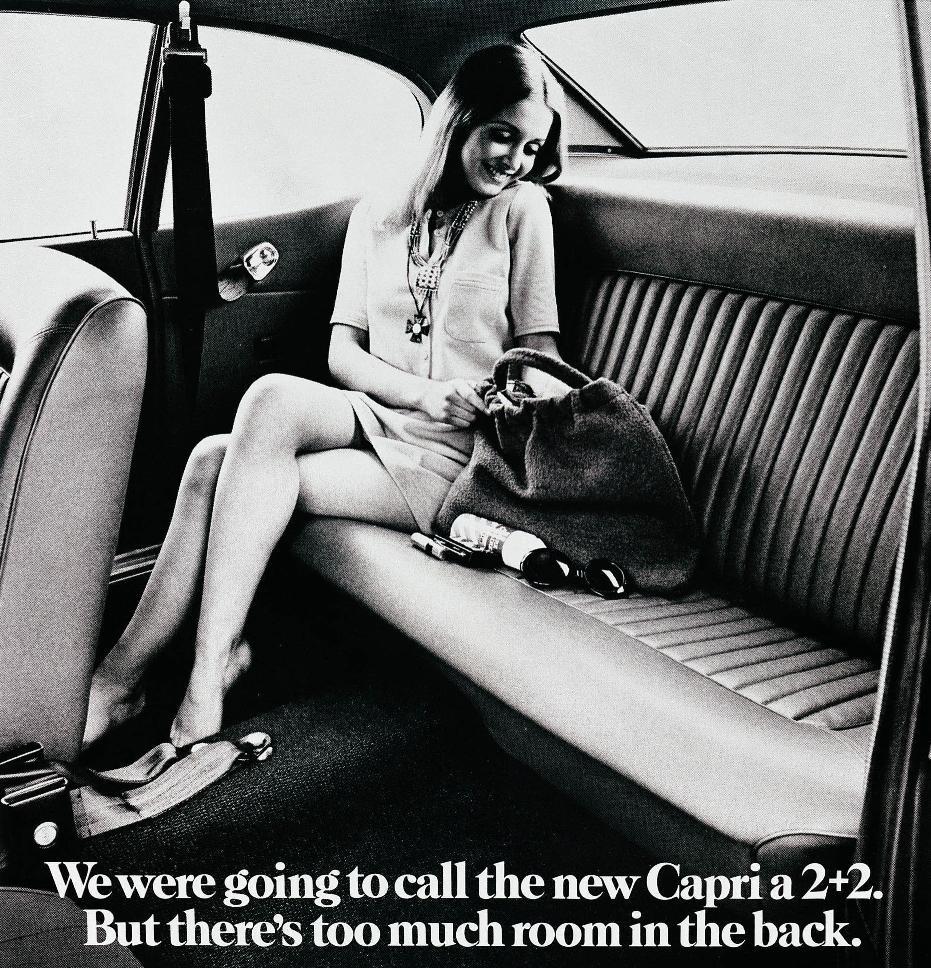 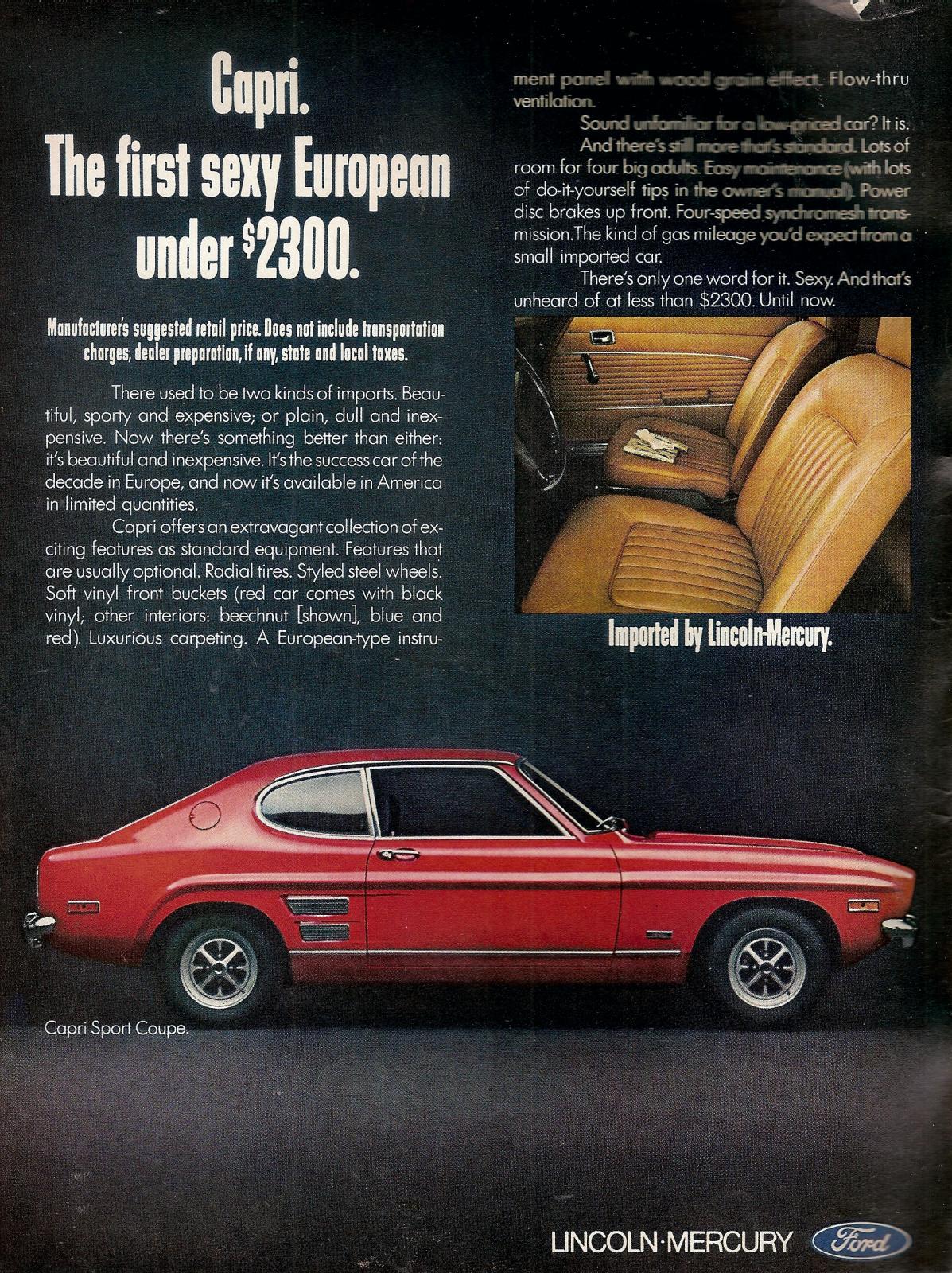 Capri. The first sexy European under $2300. A very precise sum to equate with sexiness of Europeans. 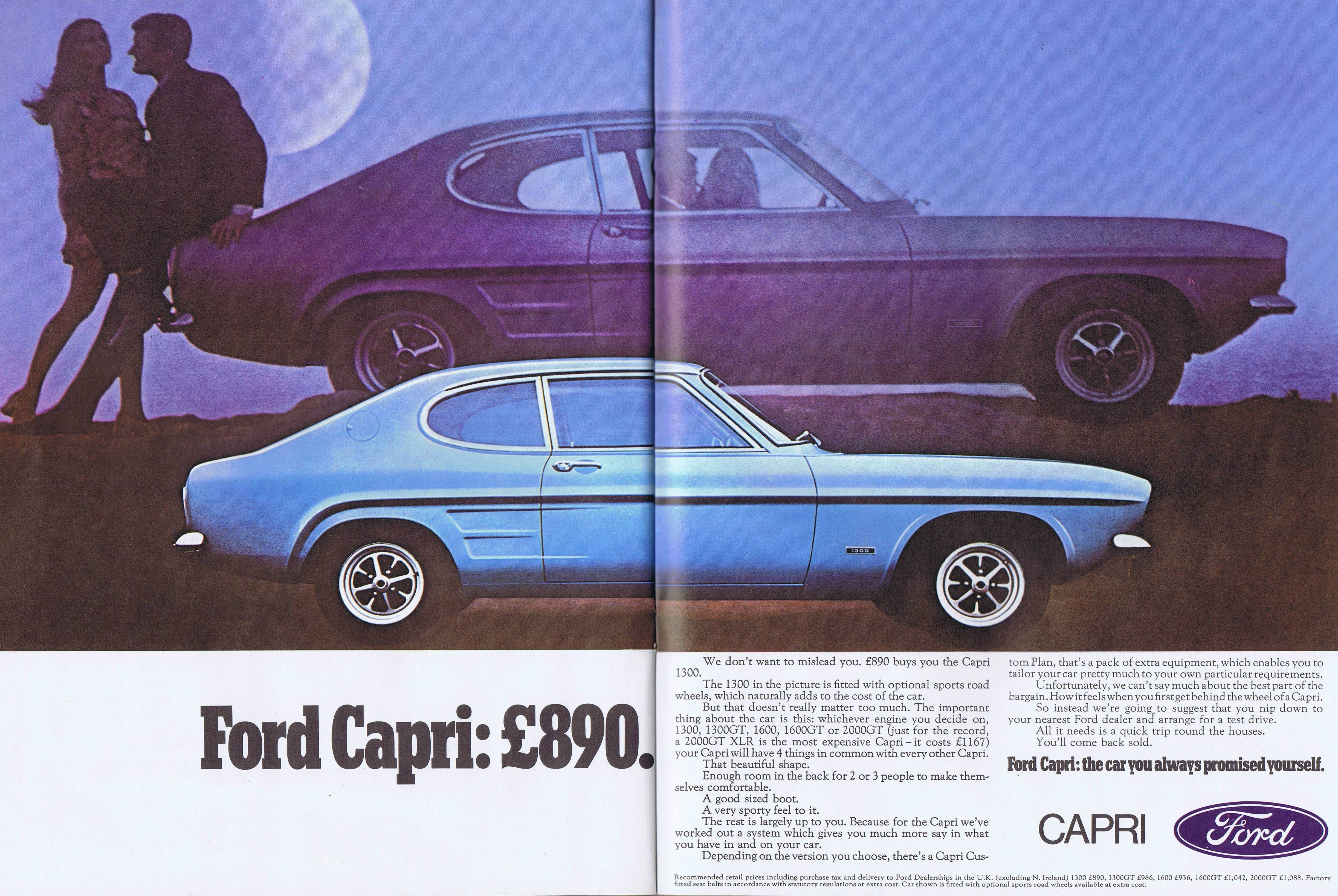 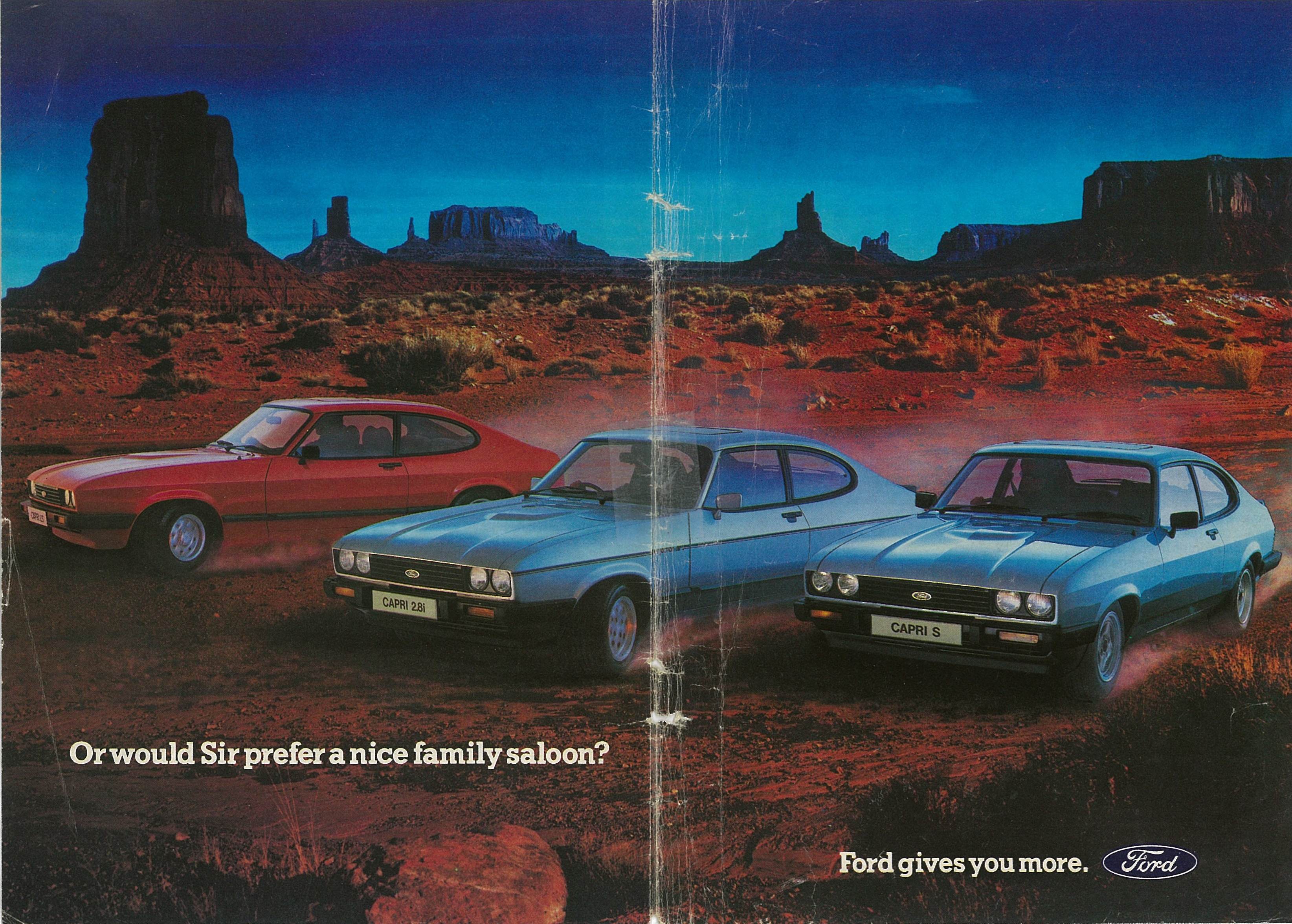 The Ford Capri was nearing the end of the road. Ad from 1982. 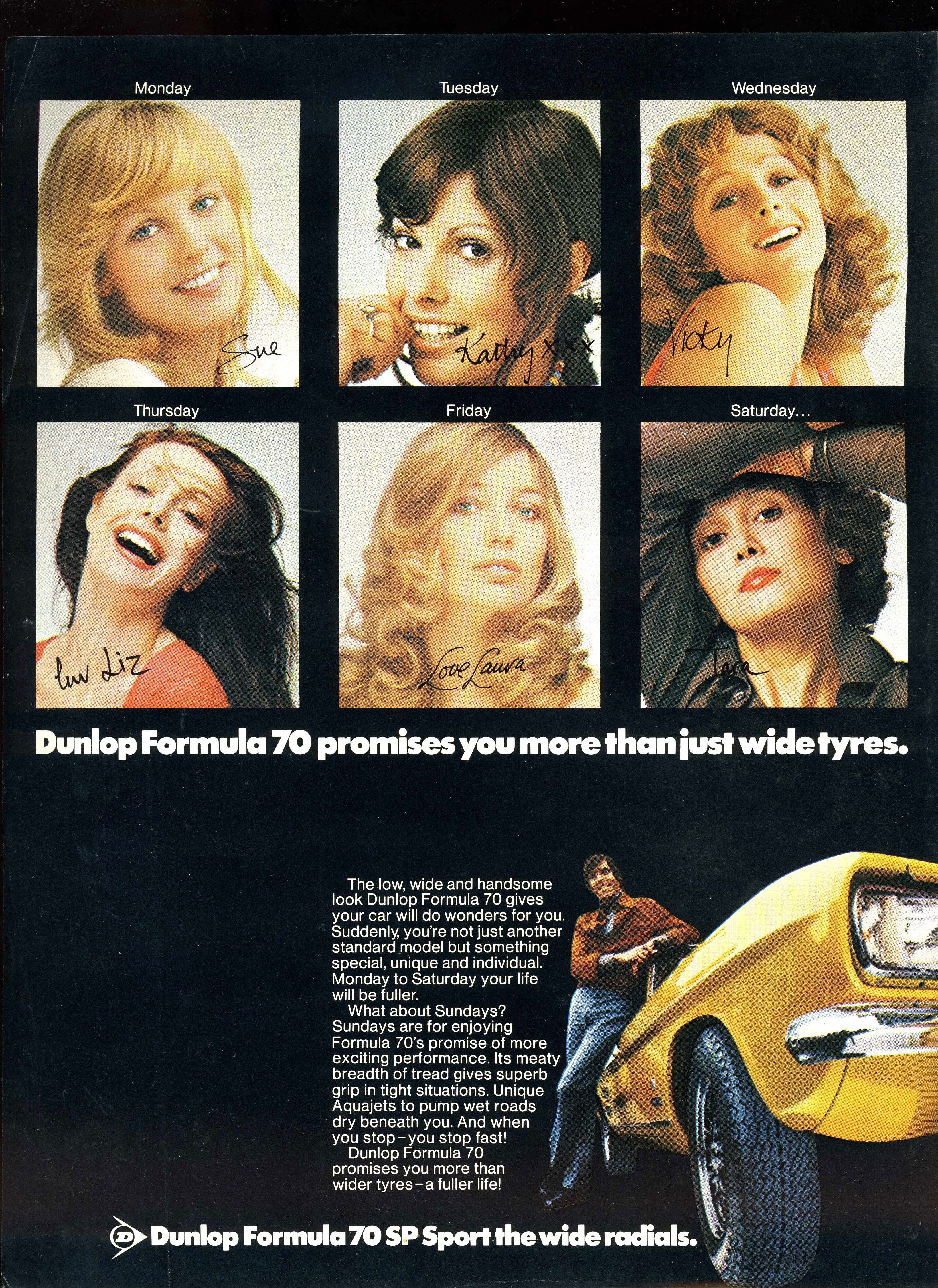 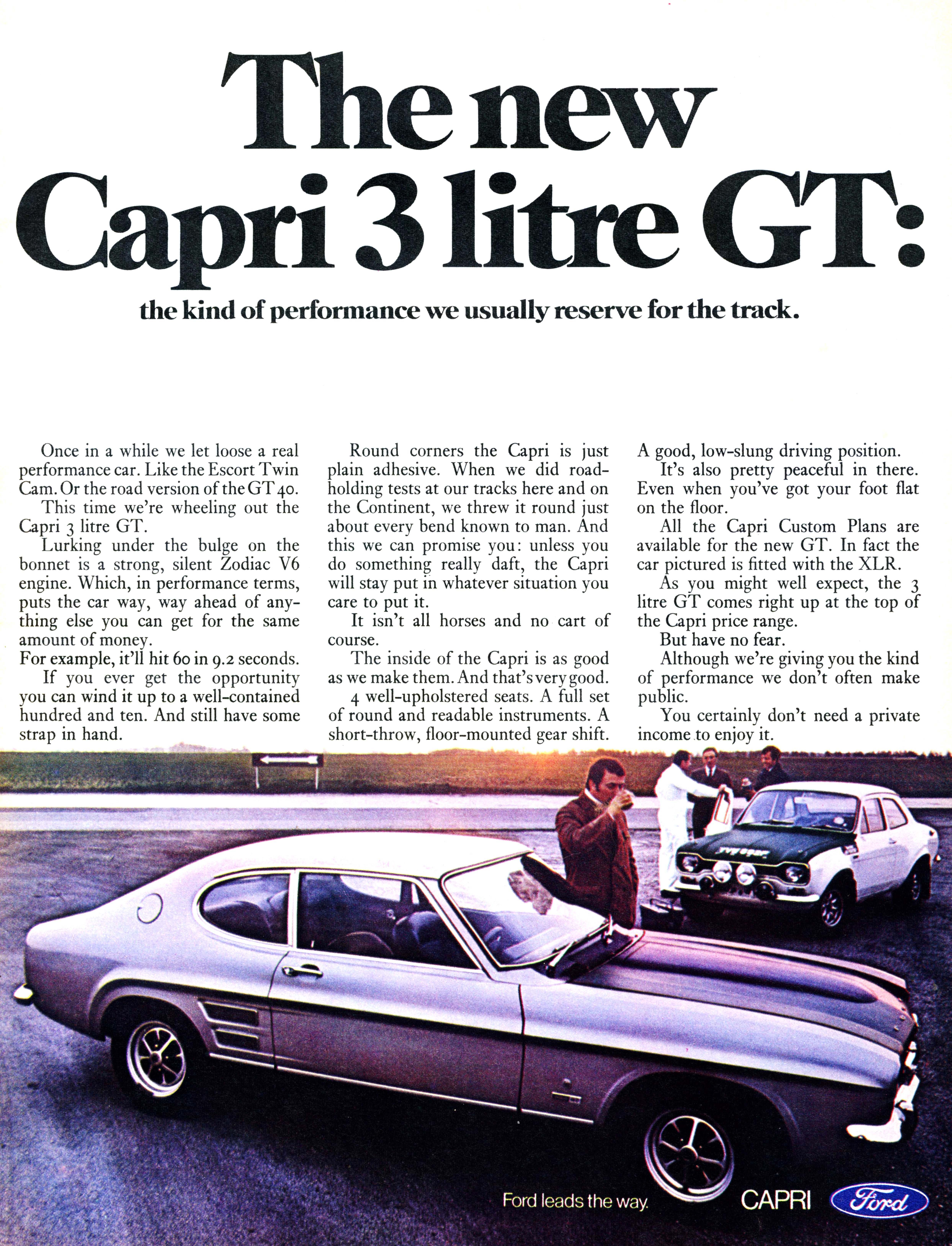 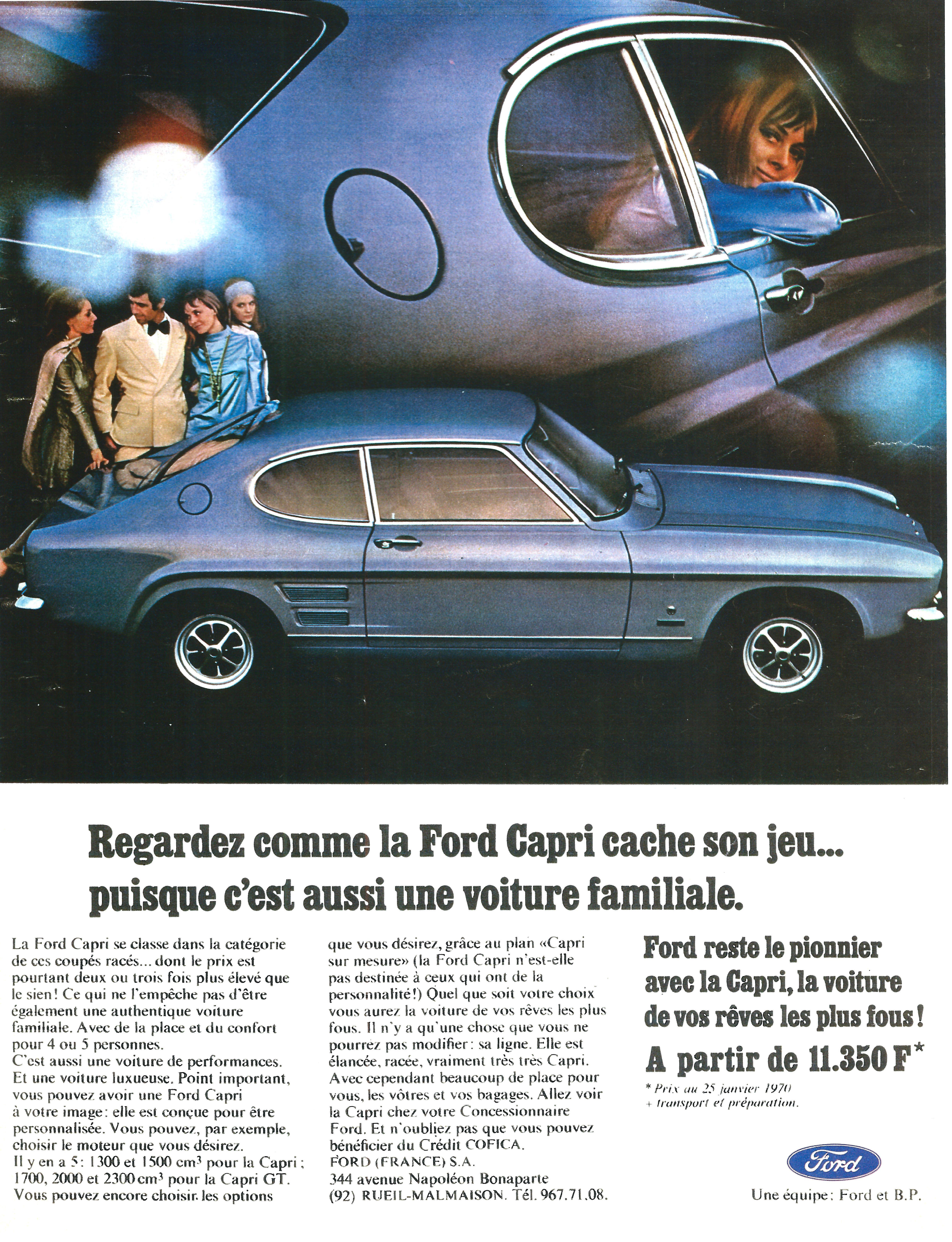 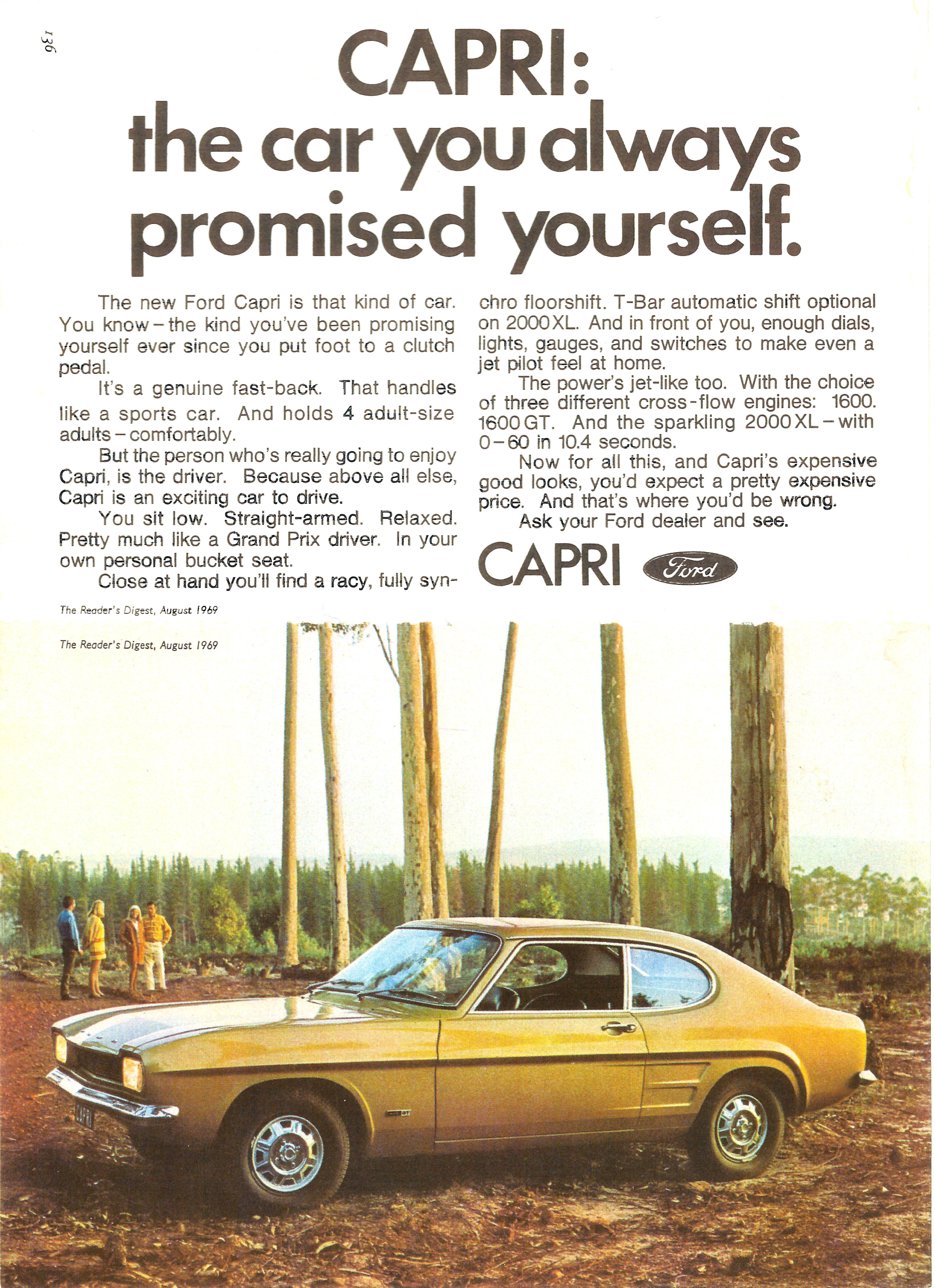 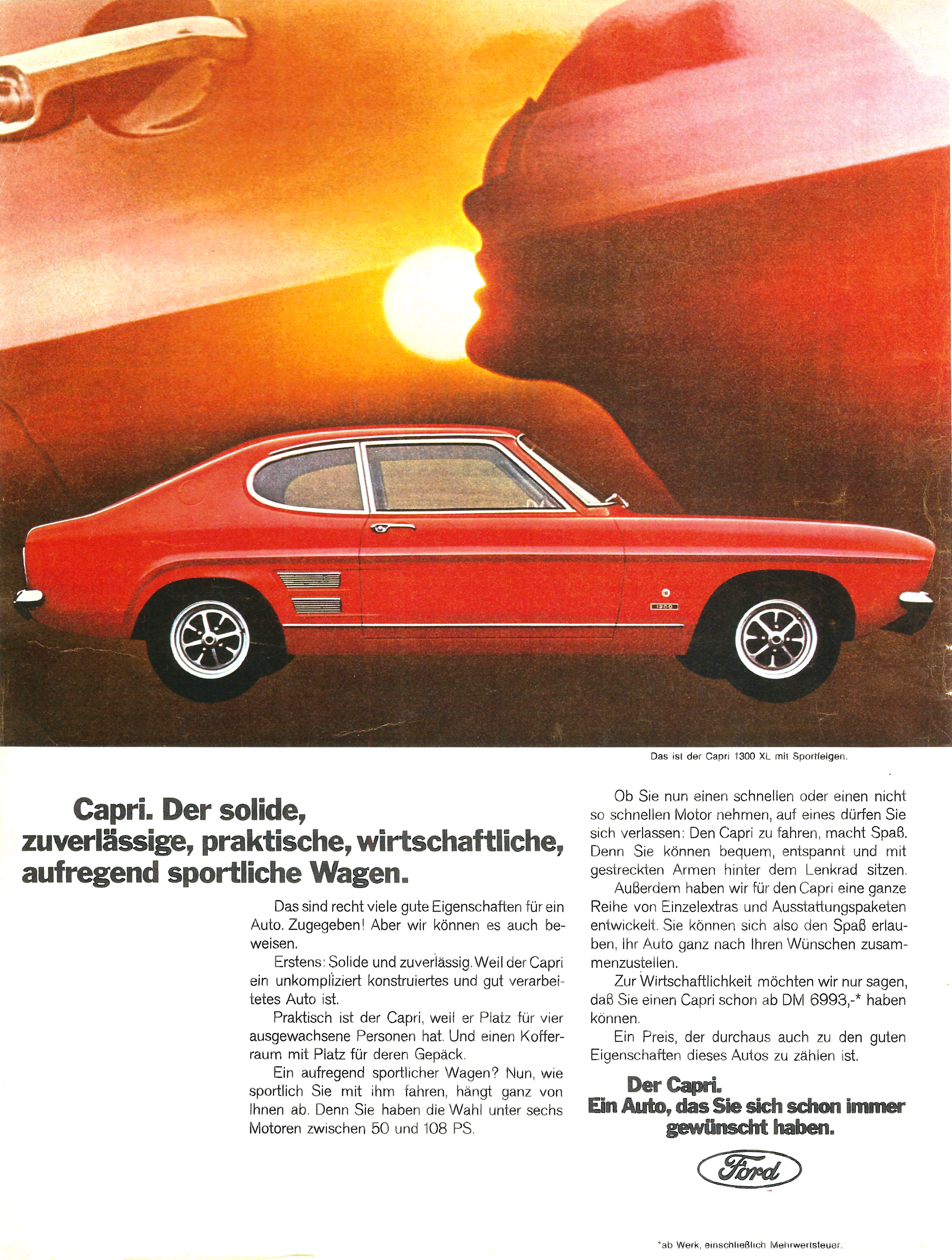 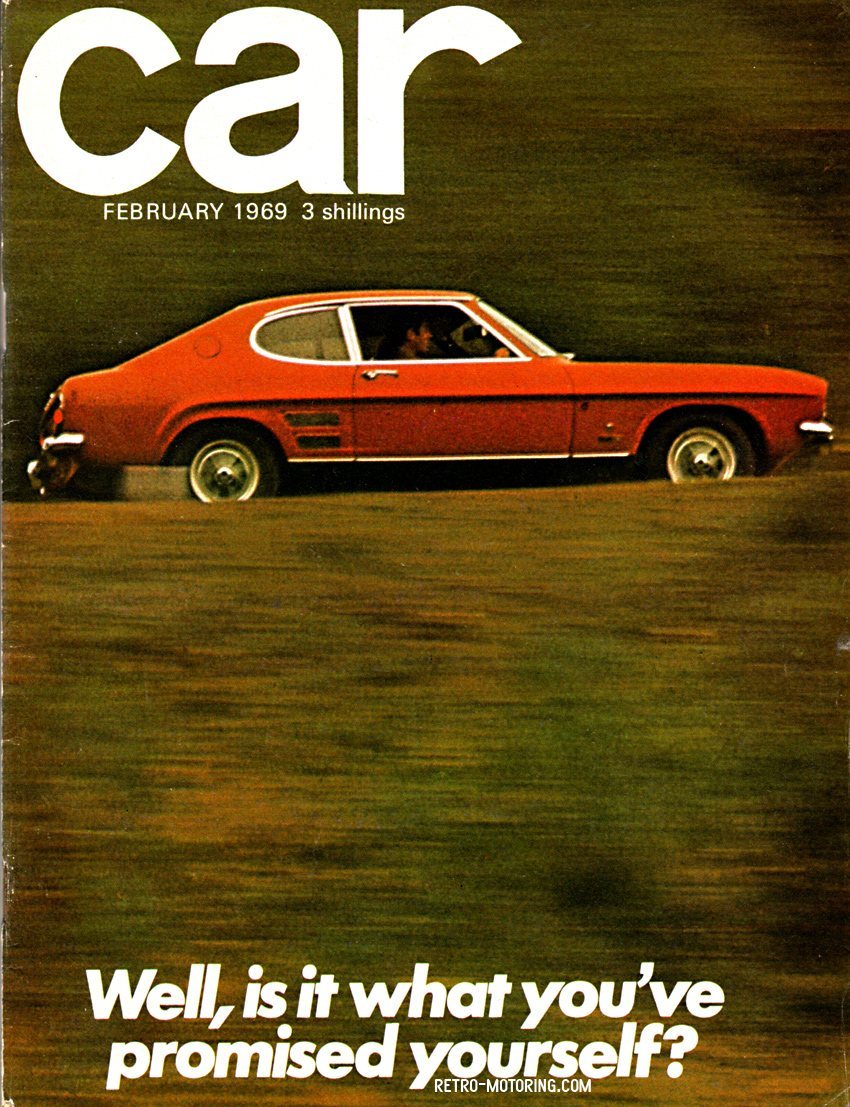 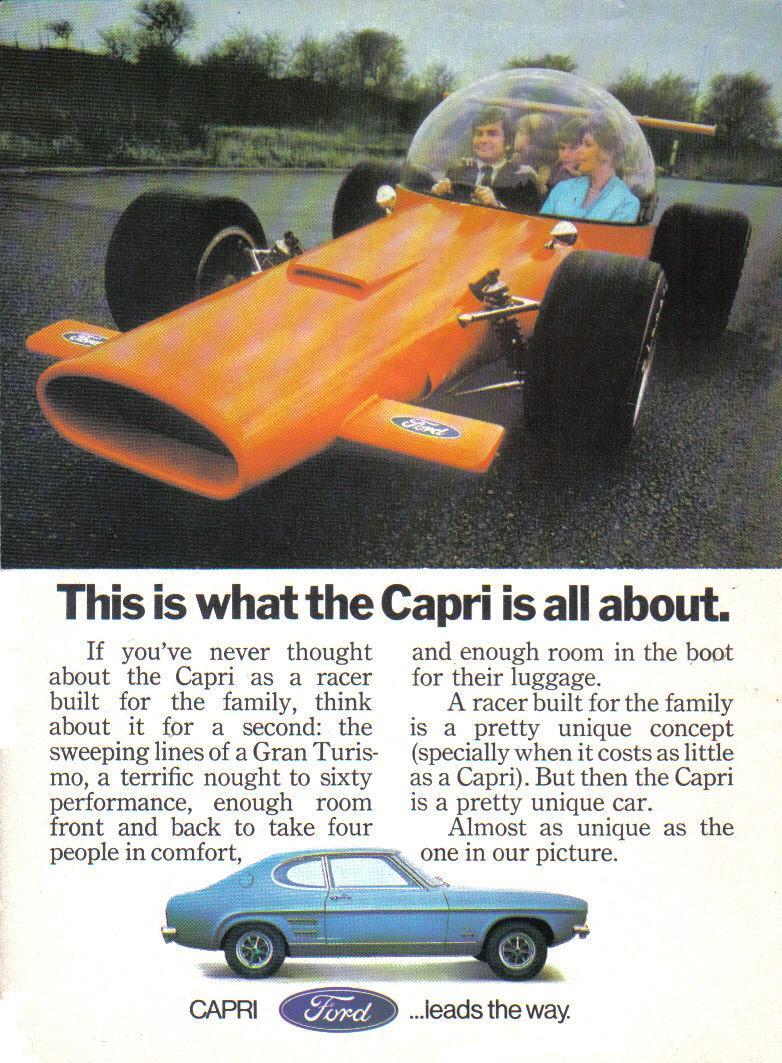 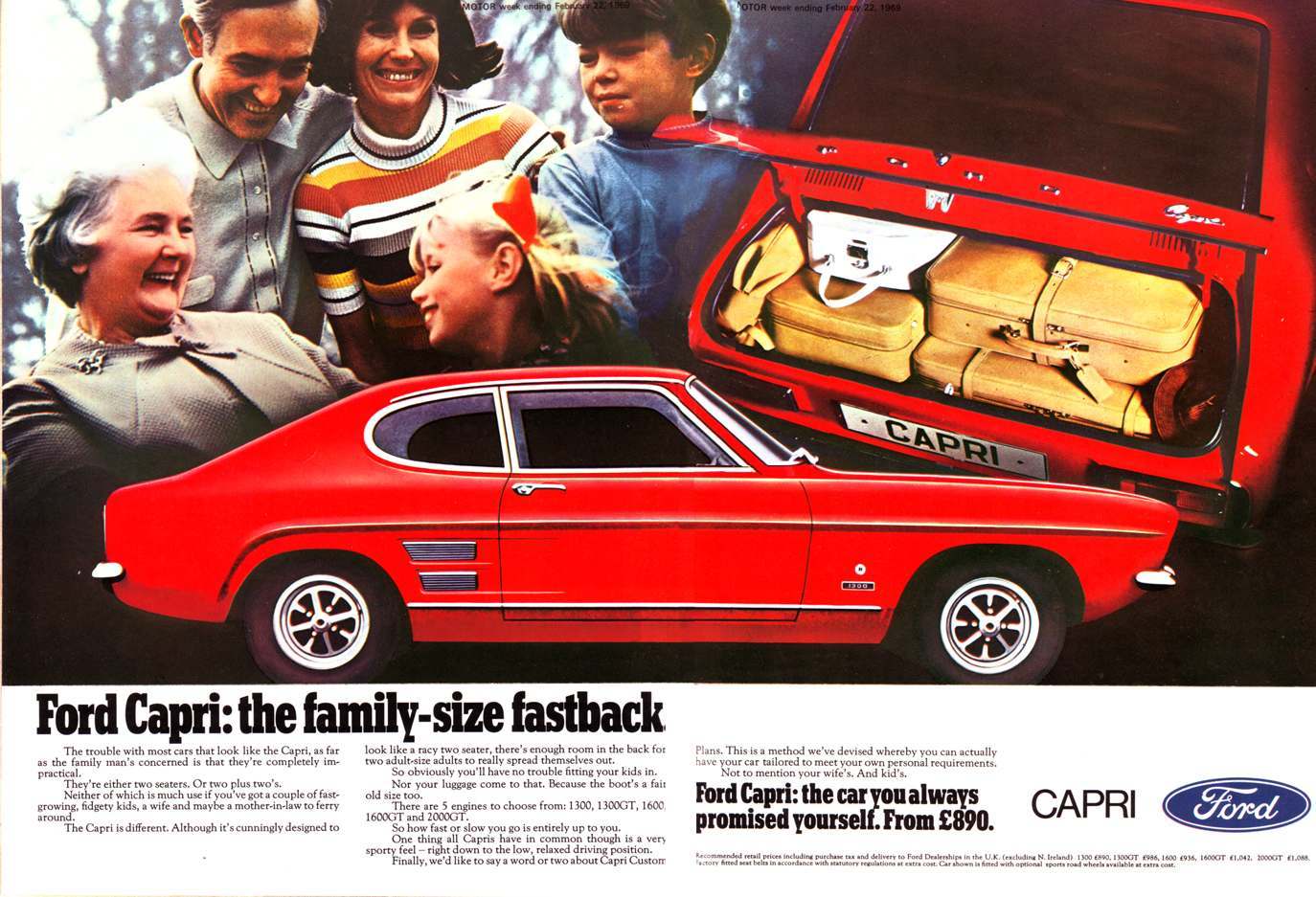 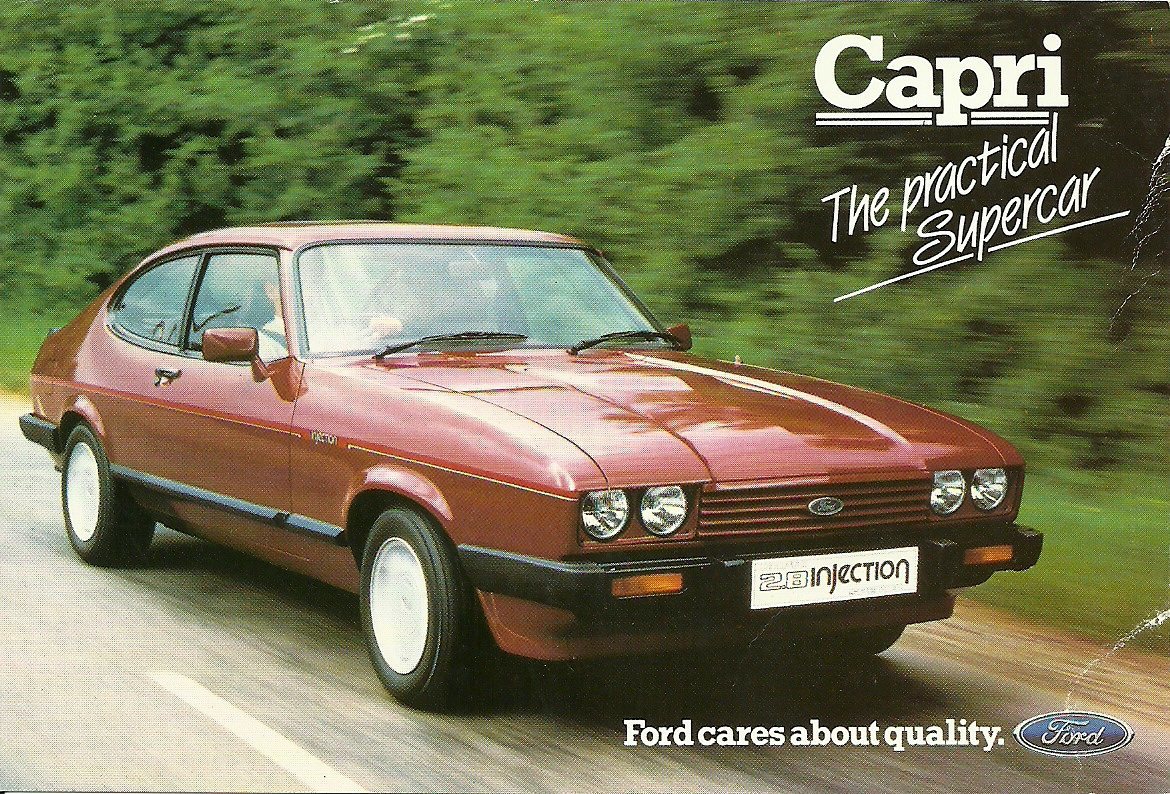 As soon as adverts were using the word ‘practical’ everyone kniw it was the beginning of the end. Ford Capri 2.8i Ford Ad Card SP186 Oct 1984 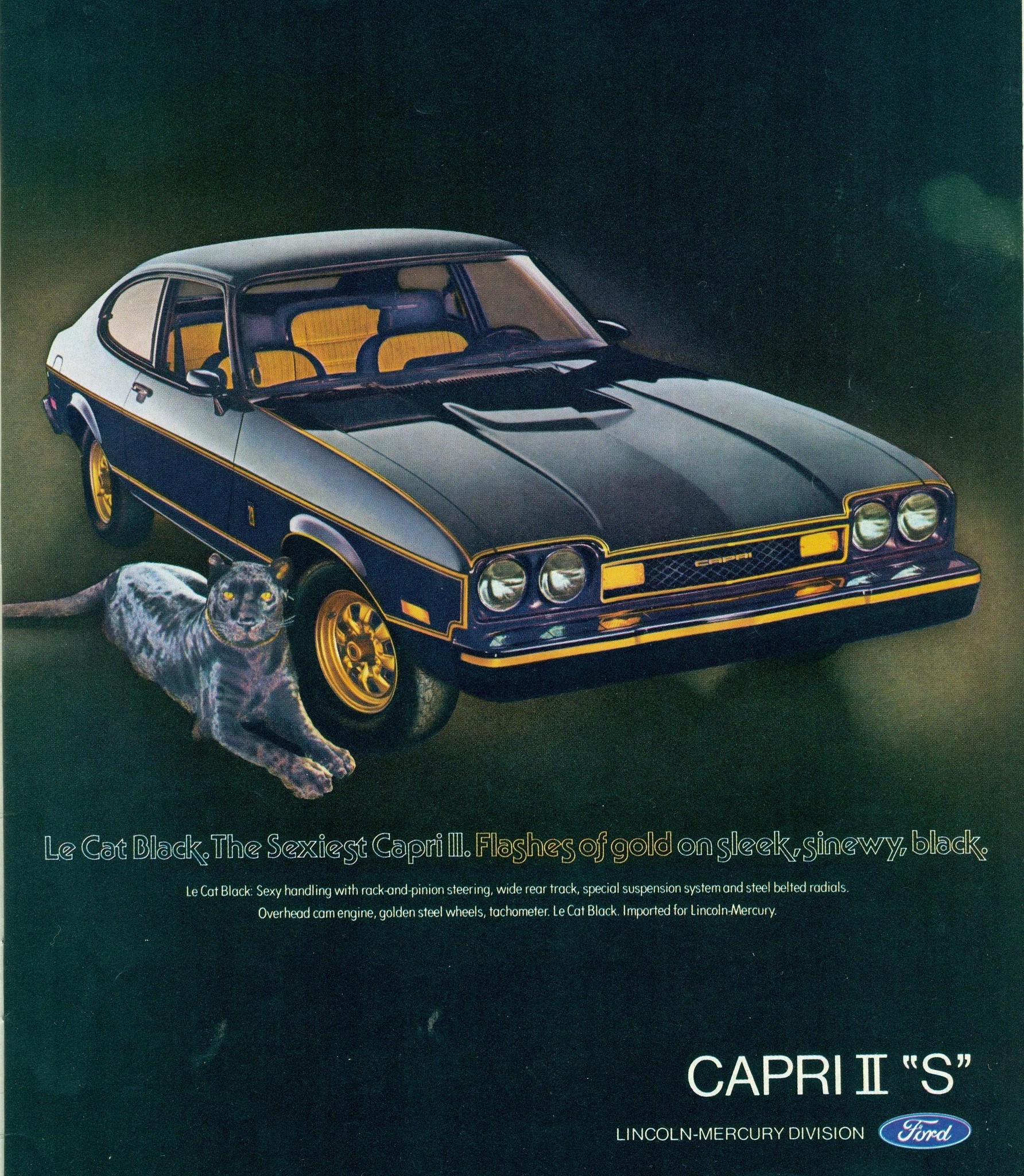 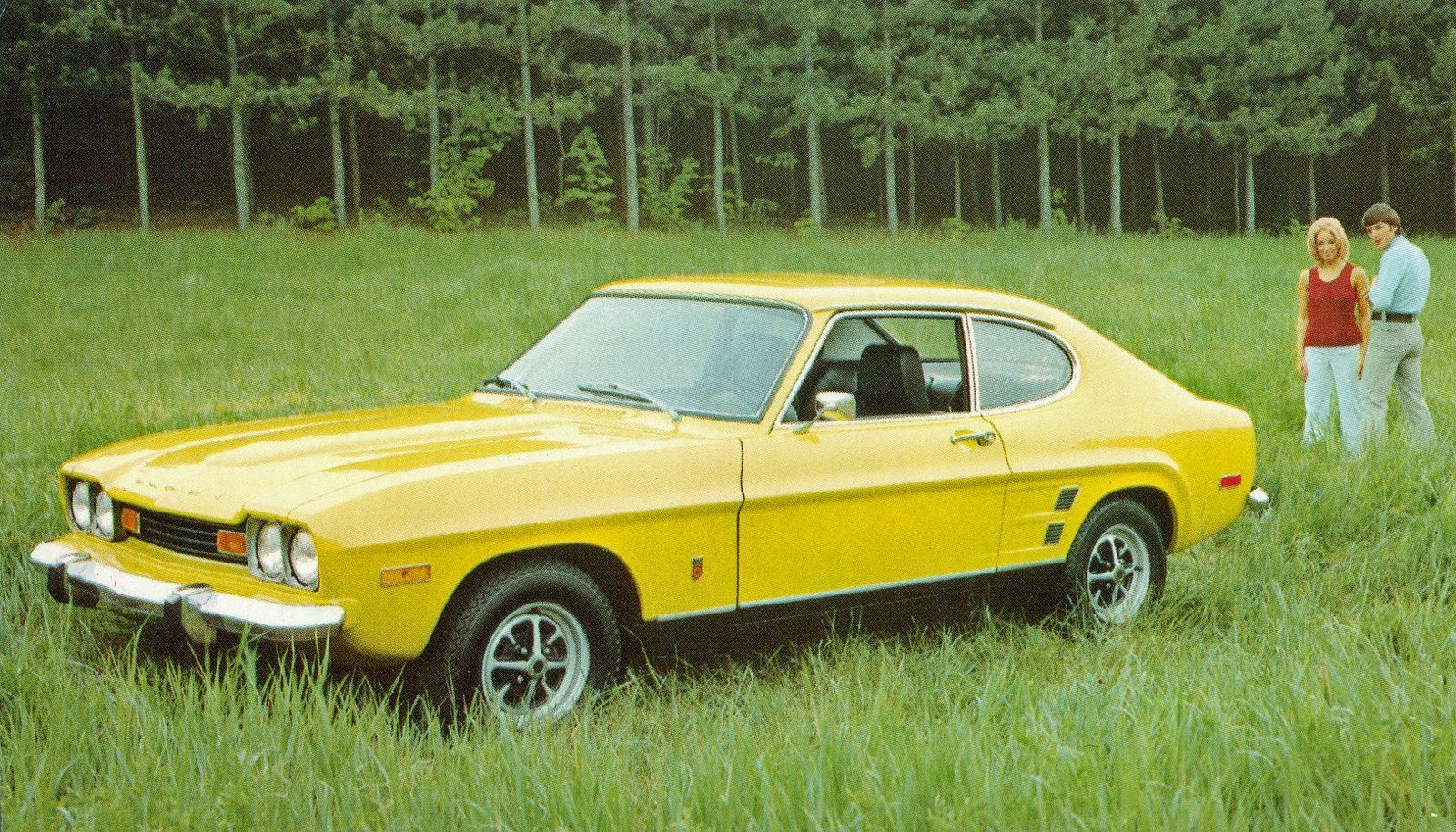