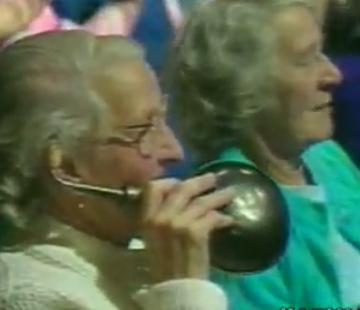 You know the feeling. With a heavy heart, you slump down in front of the television for an evening watching The X-Factor, Britain’s Got Talent, Strictly Come Dancing, or one of a million other mind-numbing repackages of old light entertainment formulas. After a few minutes, you find yourself thinking: “I’m sure things weren’t this bad when I was a child, and I was forced to watch the Saturday night family schedule because there was nothing else to do.”

Well, you know what? You are right.

Oh, the programmes were awful, of course. And the performers weren’t always the greatest. But the audiences… now they were something special.

Cardiff, Blackpool, Cannock, Dundee, Felixstowe – the coaches came from all four corners of the kingdom and decanted their cargo of up-for-it pensioners into theatres and studios from which the nation’s two television companies would broadcast to captive audiences of 15 million plus.

Here we see the conflagration that resulted from bringing the white-hot talent of the Bay City Rollers and Ann Margaret into close proximity with a combustible crowd of geriatric hoodlums and good-time gals.

Some – such as the lady with the ear trumpet at 1.08 – had already blown their eardrums to smithereens by sticking their heads into Black Sabbath’s Marshall stacks for thirty nights in succession on the band’s recent UK tour.

Some – like the chick at 1.24 –got their kicks from knitting furiously in time with the Rollers’ rhythm section.

Others made their own entertainment by inventing new dances. Look closely and you will – as has been noted by previous eagle-eyed viewers – witness one of the earliest known performances of the Macarena.

But enough from me. Sit back, kick off your slippers, pour yourself an egg nog, and transport yourself back to a time when oldies really were goldies…

By ‘The Angry Red Tomato’ 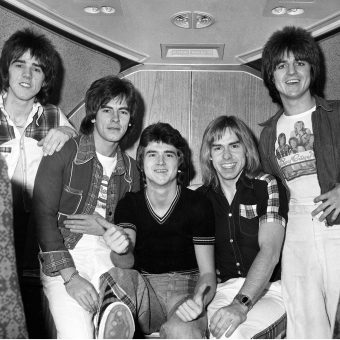 The Rise and Fall of The Bay City Rollers