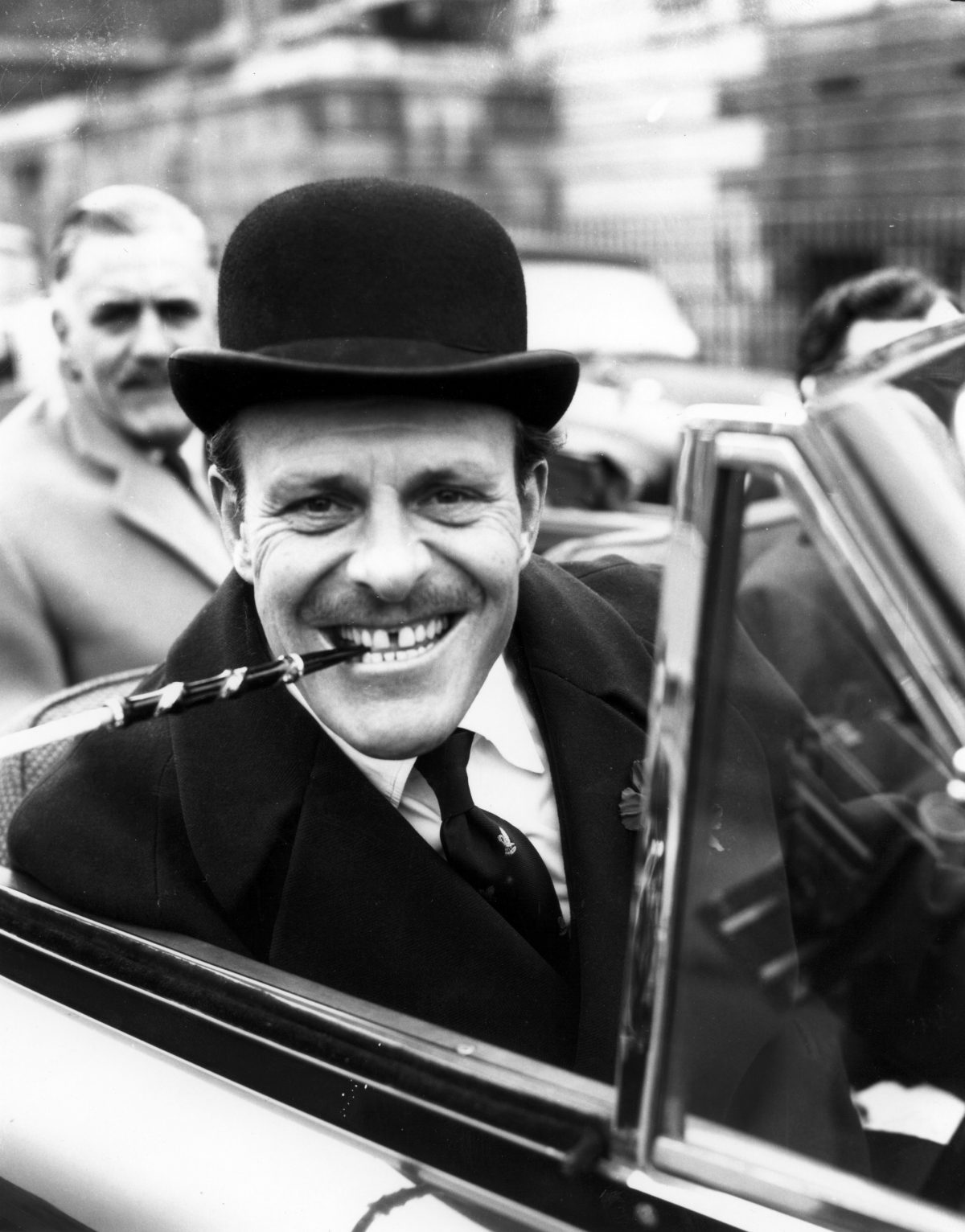 British comedian Terry Thomas arrives at court to answer a charge of driving while under the influence of alcohol, in London, March 14, 1958. (AP Photo/Eddie Worth)

TERRY-Thomas had arrived. It wasn’t exactly overnight but most people thought so. It was 1946 and he was compèring a revue called Piccadilly Hayride at the Prince of Wales Theatre. The revue, its star Sid Fields and the gap-toothed compère were a tremendous success – with both the critics and with the paying public. Within three or four weeks of the run the newspapers were already reporting that Terry Thomas (the hypen was to arrive the following year) was to appear in that year’s Royal Variety Performance.

As well as compèring the show, T-T also performed a sketch called Technical Hitch where he played a hassled BBC DJ who has broken or mislaid all his records. To cover this up to his listeners, and with the help of an accompanying pianist, Terry-Thomas used his vocal range of four and a half octaves to mimic the singers; including Noël Coward, Paul Robeson and Yma Sumac before meeting his Waterloo with…the entire Luton Girls Choir. It was an extremely popular routine and he would perform all his career. 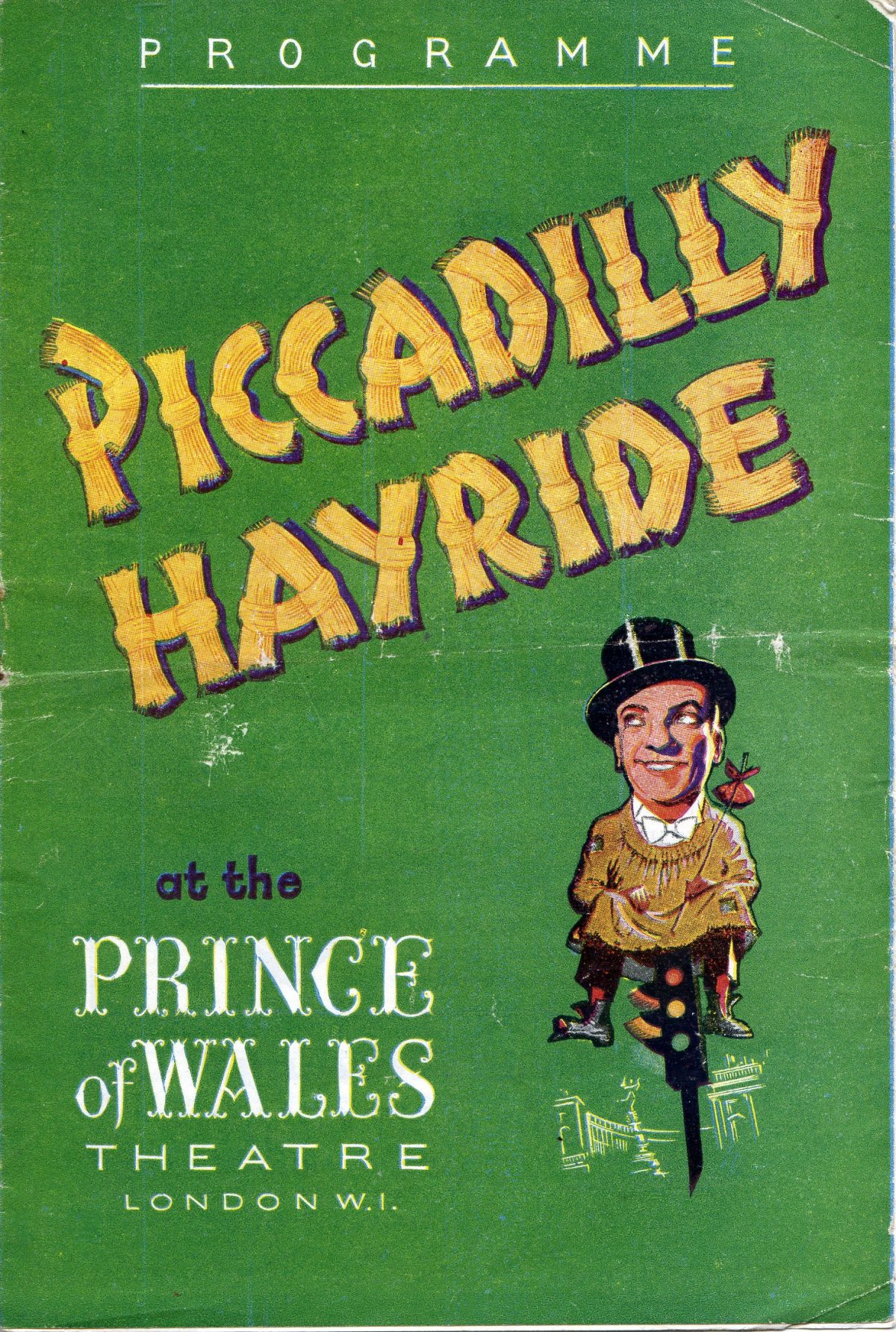 Born in London, Thomas had actually made his stage debut in 1930, albeit a very minor turn, when he performed as Thos Stevens (his full name was Thomas Terry Hoar Stevens), at the Union of Electric Railwayman’s Dining Club in South Kensington. He worked briefly at Smithfield’s market and also as a travelling salesman of electrical equipment – a job he didn’t dislike as he was able to dress up and entertain people while pitching his wares. In his spare time he began playing the ukulele with a local jazz band called the Rhythm Maniacs but also took up dancing and formed a partnership with the sister of Jessie Matthews, the London-born filmstar.

The act appeared in local dancehall exhibitions and they earned well from it. Terry-Thomas also occasionally appeared in small roles in British films, although all but one were uncredited. During the war he was with the Entertainments National Service Association (ENSA) and Stars in Battledress. Both of which honed and sharpened his cabaret and comic skills.

Piccadilly Hayride was so successful – it ran for 778 shows – that T-T decided it was time to live the life he thought was due. He went out and found an elegant and exclusive place to live – 11 Queen’s Gate Mews in South Kensington; he also took on a housekeeper, a secretary and a butler-cum-chauffeur called Harrup. His very expensive suits were made by the celebrity tailor Cyril Castle from Savile Row. The suits all had one very special requirement: the breast pocket had to be seven inches deep to accommodate a cigarette holder. 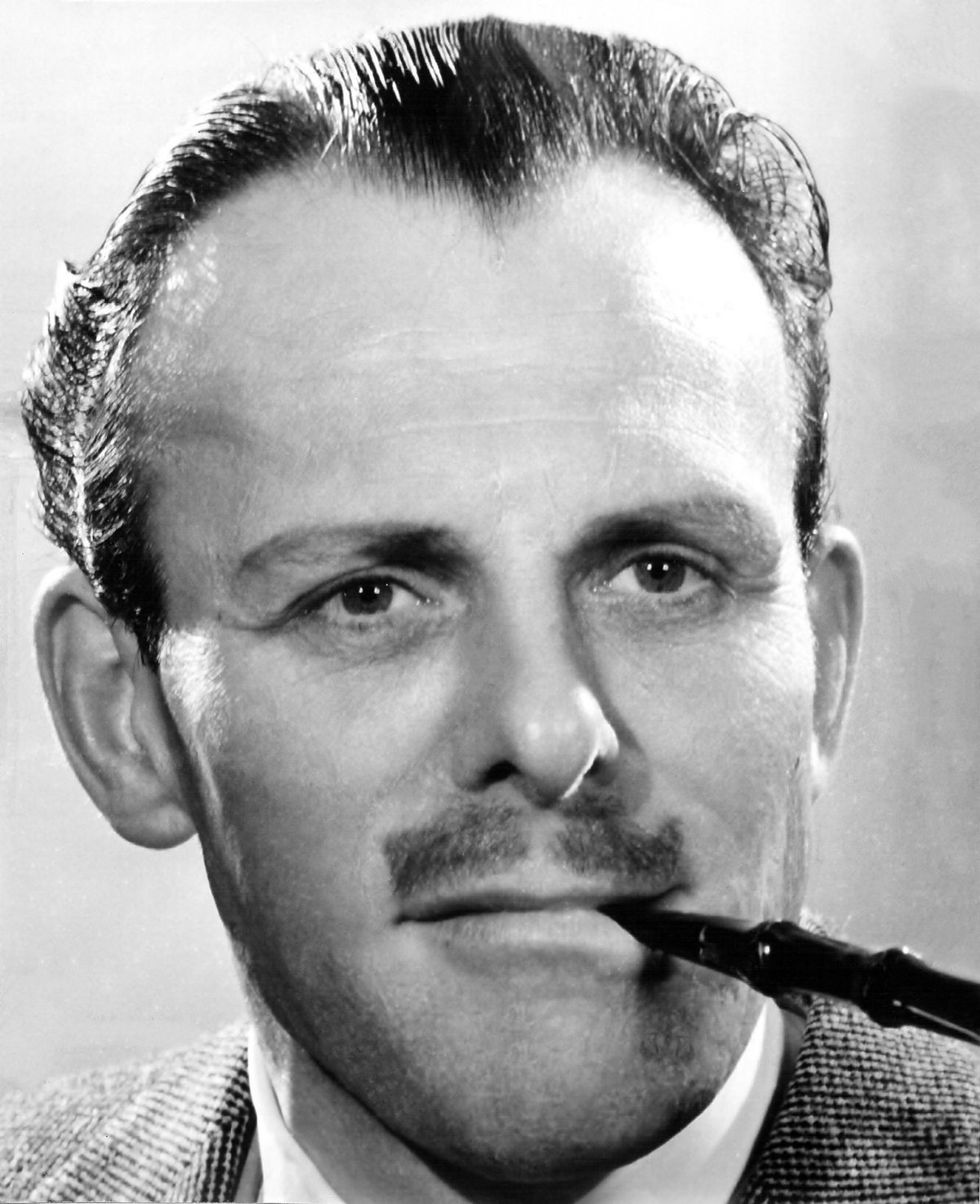 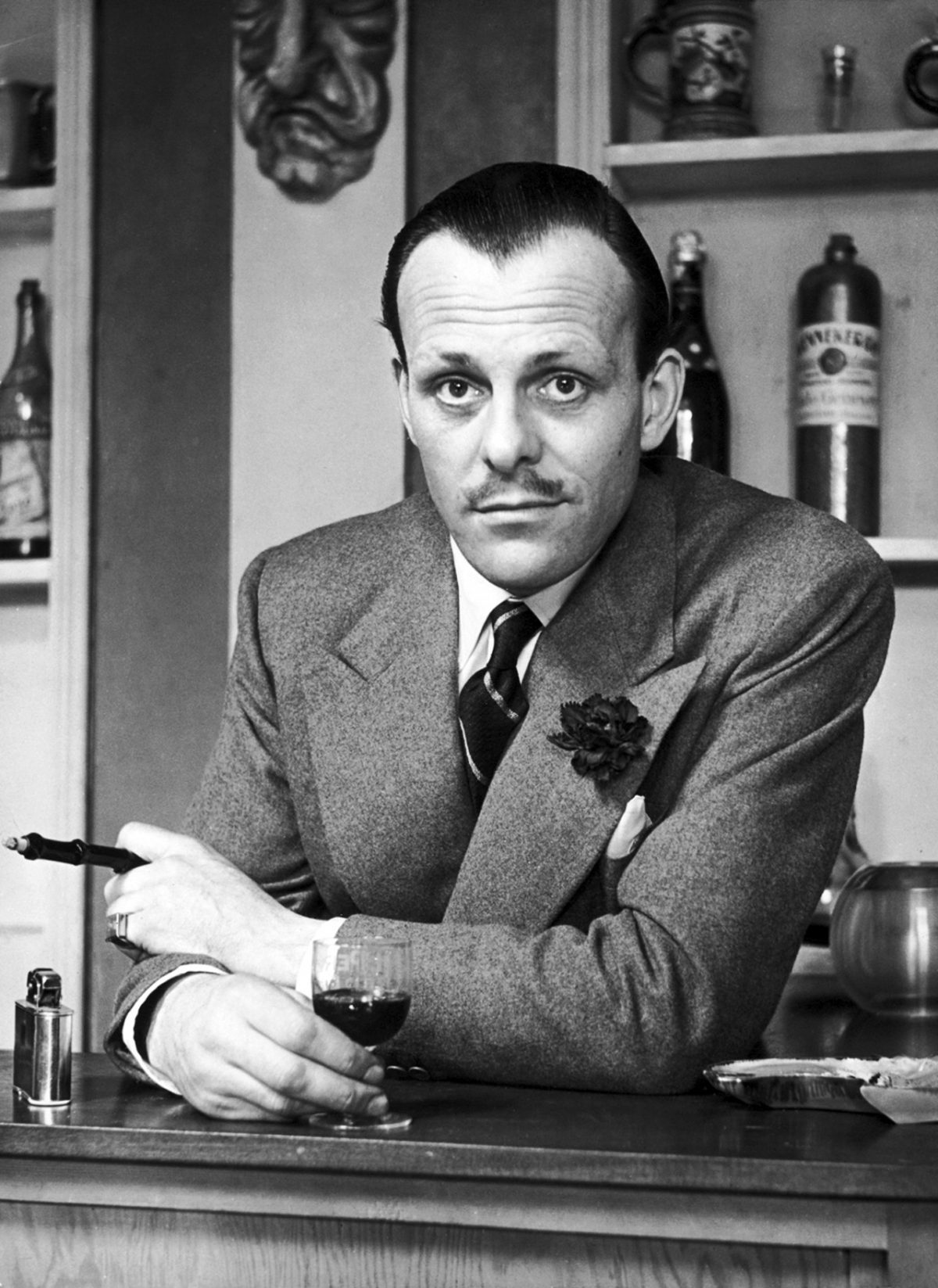 Despite giving up smoking soon after the war for health-reasons, Terry-Thomas , throughout his career, always carried a long, expensive cigarette holder. When he started smoking as a teenager he came to believe that he had, what he called, ‘classic hands’. He hated the thought of them being sullied by nicotine-stained fingers.

In January 1960 Terry-Thomas’s carefully nurtured fame was at its height. He was appearing in midnight charity event at the Odeon Theatre in Liverpool. After coming off stage and getting back to his dressing room he quickly realised that his expensive custom-made cigarette holder was missing. It wasn’t just any old cigarette holder this one was particularly ostentatious and decorated with 42 diamonds and a gold spiral band. It was insured for £2000.

The Liverpool police didn’t take long to track down two of the diamonds finding them at the home of a local unemployed salesman, small-time variety artist and well-known ‘fence’ called Alan David Williams. The other 40 diamonds were found inside a roll of carpet at the Queen’s Drive home of an equally small-time variety artist, the 20 year old unemployed comedian called James Joseph Tarbuck. Alan Williams was charged with being an accessory after the fact, Tarbuck with theft and they were both committed for trial at Liverpool Magistrates’ Court in April 1960.

At the trial it came to light that Tarbuck had repeatedly asked Terry-Thomas to perform at his local charity gig. The star pointed out to him that the show had too many artistes already and it ‘would be madness to put anybody else on’. Mr. F. V. Renshaw, the prosecutor, revealed that Tarbuck had said: “I rang Terry-Thomas and he promised me a three-minute spot on the show, but by the finale I still hadn’t been on.” 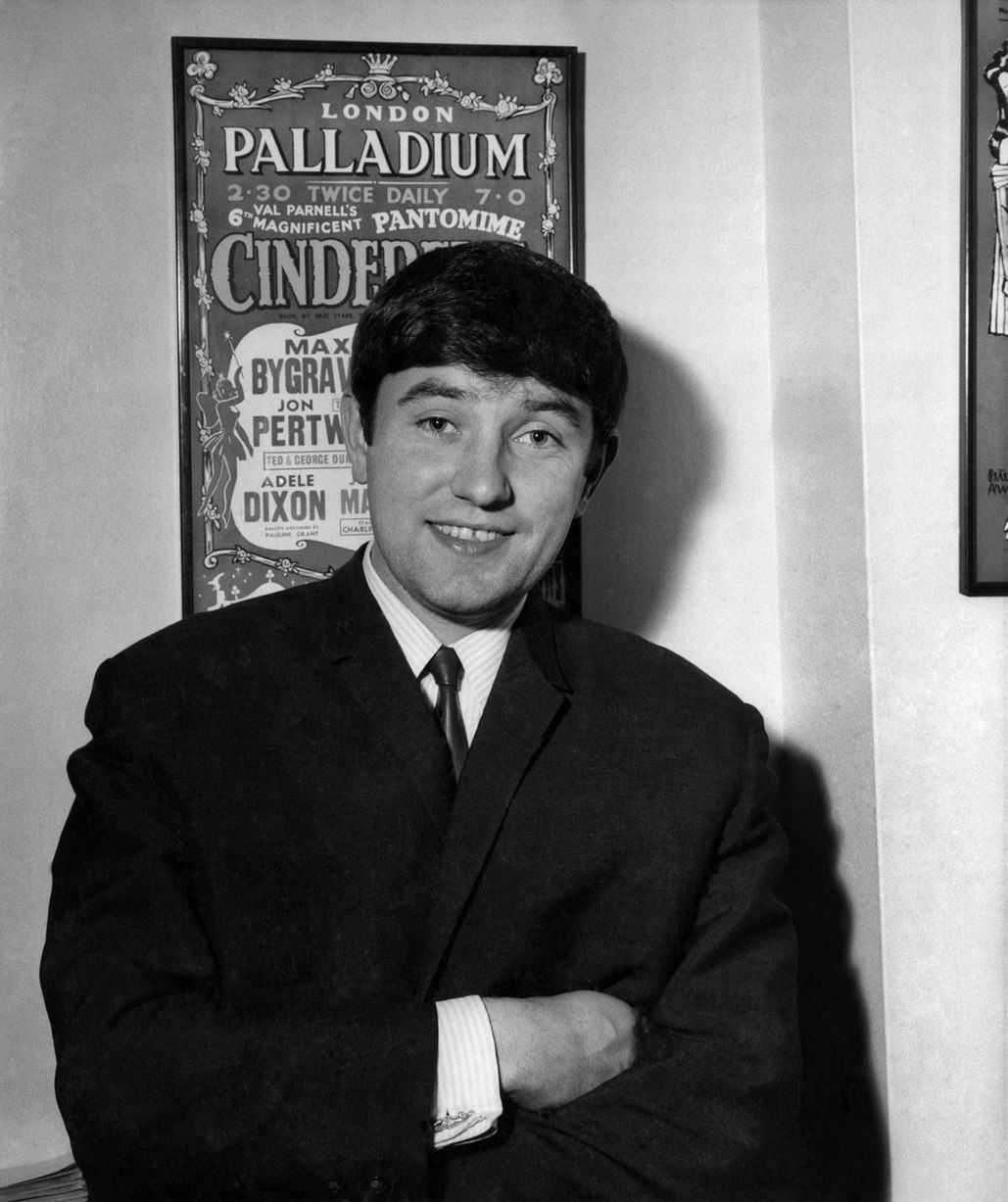 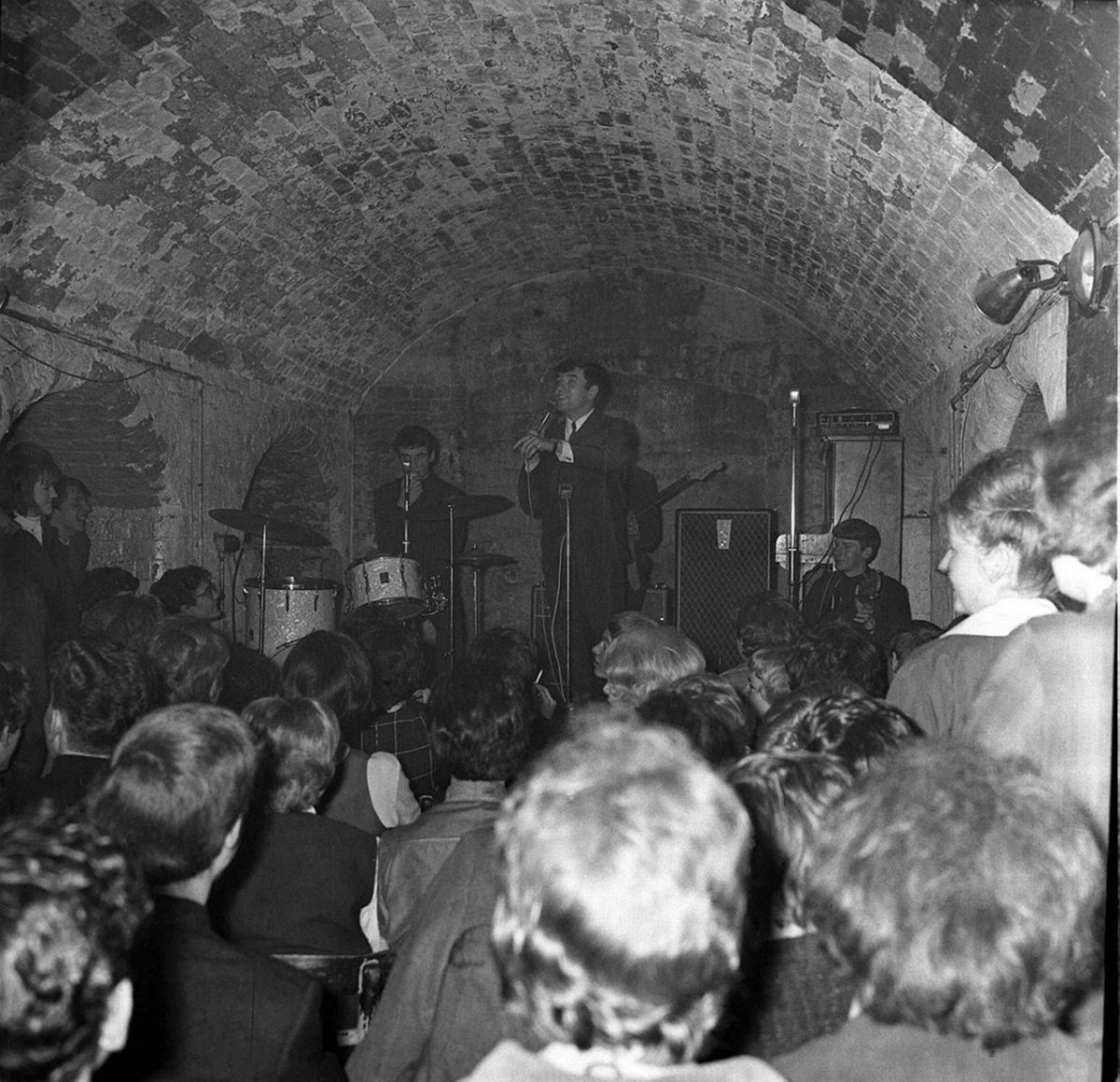 Jimmy Tarbuck at the Cavern 1963

The Liverpudlian, once a class-mate of John Lennon’s, said of his humiliating rebuff, “I was disgusted. I was walking out of the theatre when I saw the cigarette holder on the dressing table, and took it. I had it broken up and I was going to throw it away.” The defence maintained that it was ‘a moment of pique rather than dishonest intent’, although they also admitted that Tarbuck was deeply in debt.

Both men pleaded guilty and James Tarbuck was put on probation for two years while Williams was given a 12-month conditional discharge. Terry Thomas was angered by the court case especially after being continually accused, by the defence barrister, Mr Harry Livermore, of inflating the value of the cigarette holder for publicity reasons. “How could you say such a thing” an angry T-T exploded, “of course it is not. If it had been a publicity stunt surely it would have been easier to have had it made from gilt and glass”. When Livermore accused him of being ‘silly and over-trusting’ leaving such a valuable possession in an unattended dressing room. T-T responded “You have your collar on the wrong way round”, Livermore responded “You will not insult me. I have no aspirations to be a clergyman, if you want to know!”

At the end of the court case T-T left the building gave one of his famous broad gap-toothed grins and conspicuously waved around another very expensive cigarette holder to the waiting reporters.

Just over three years after the court-case the unemployed Liverpudlian pub comedian, now 23, appeared on the ATV show – “Sunday Night at the London Palladium.” After his eight-minute joke session, Tarbuck was given one of the biggest receptions the show had ever known. Associated Television staff tried to calm the studio audience down so that the rest of the show could go on. The cheering just went on and on however, only stopping when the new discovery was brought back to take an extra bow. Jimmy Tarbuck had arrived. 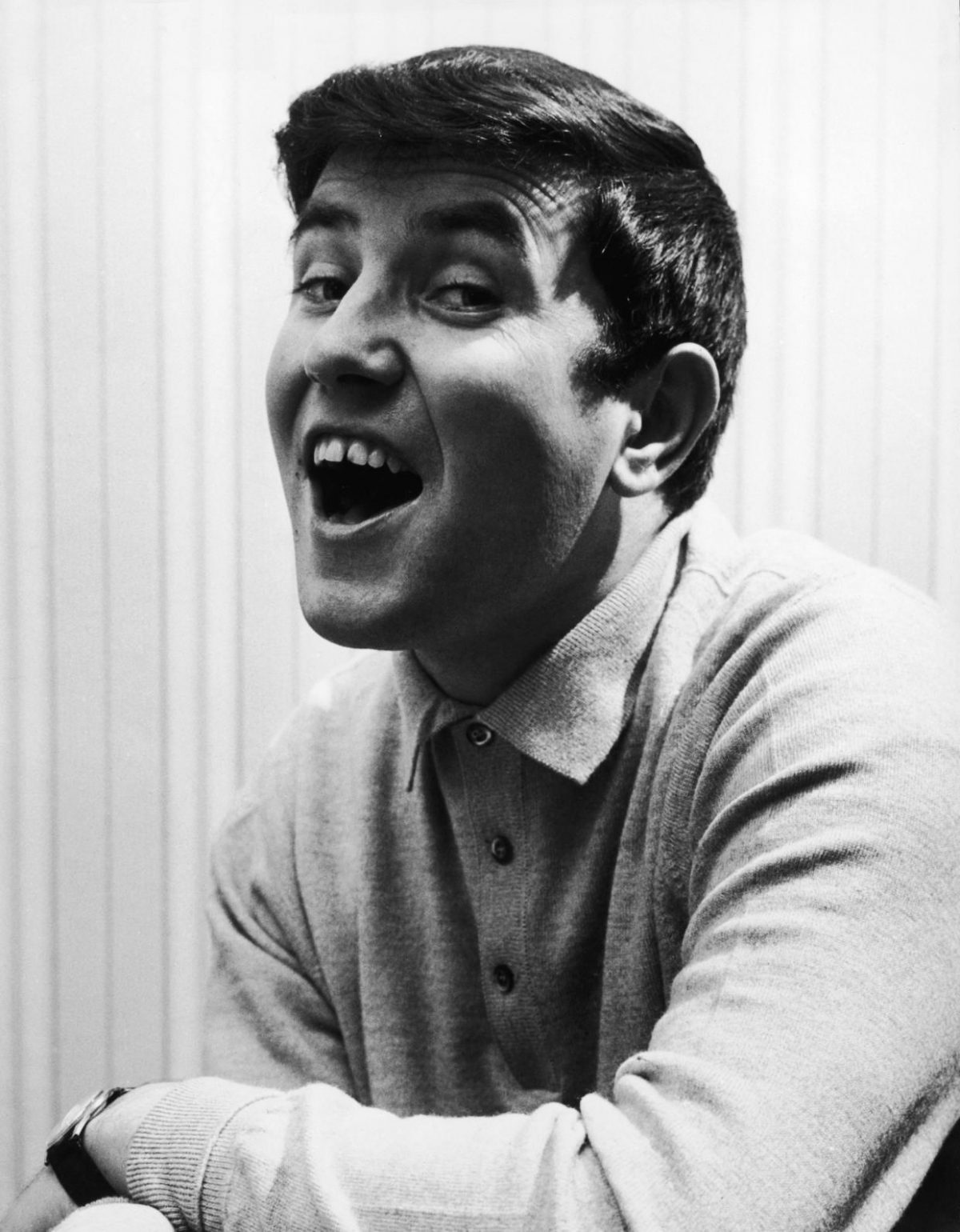 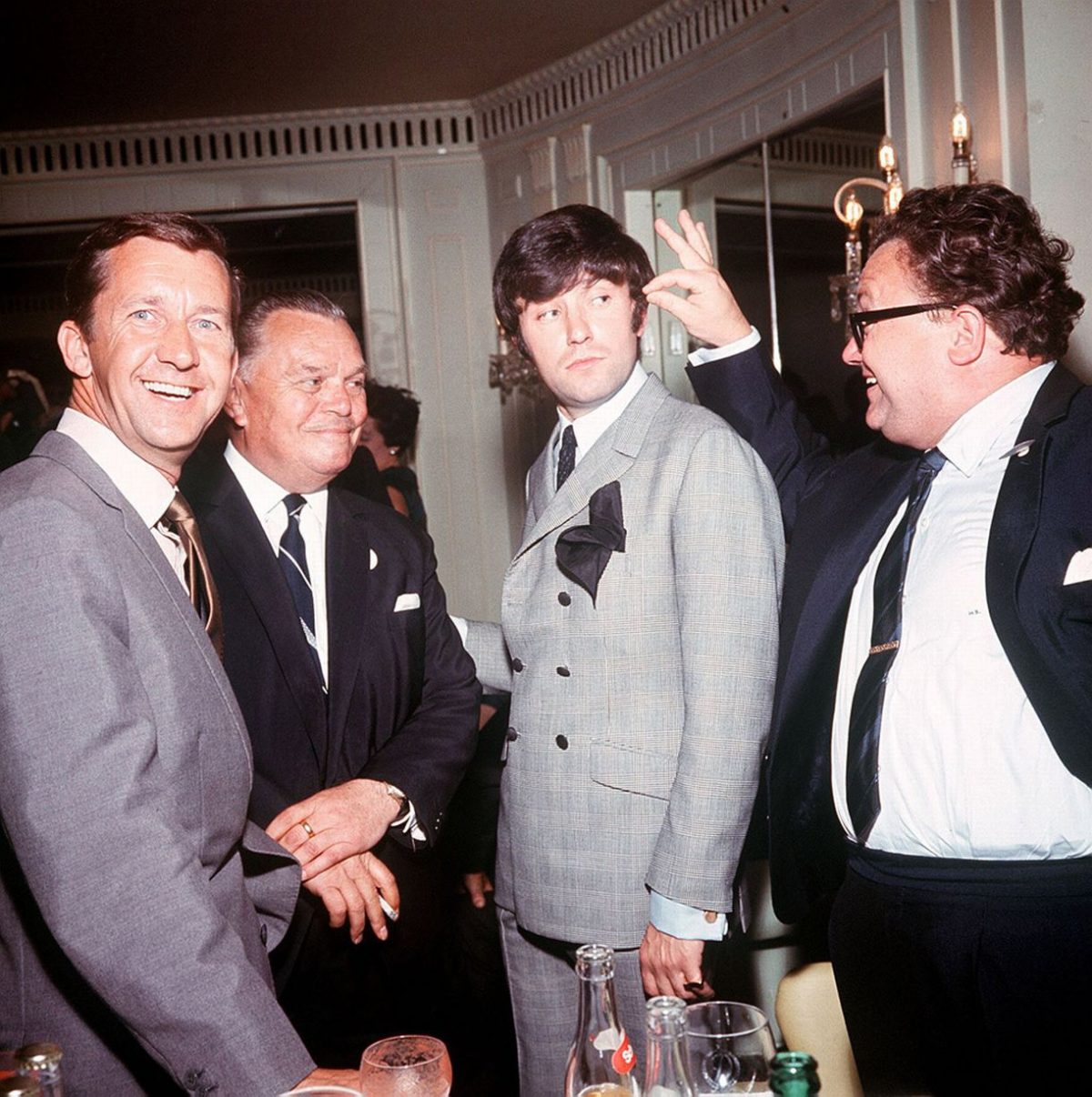