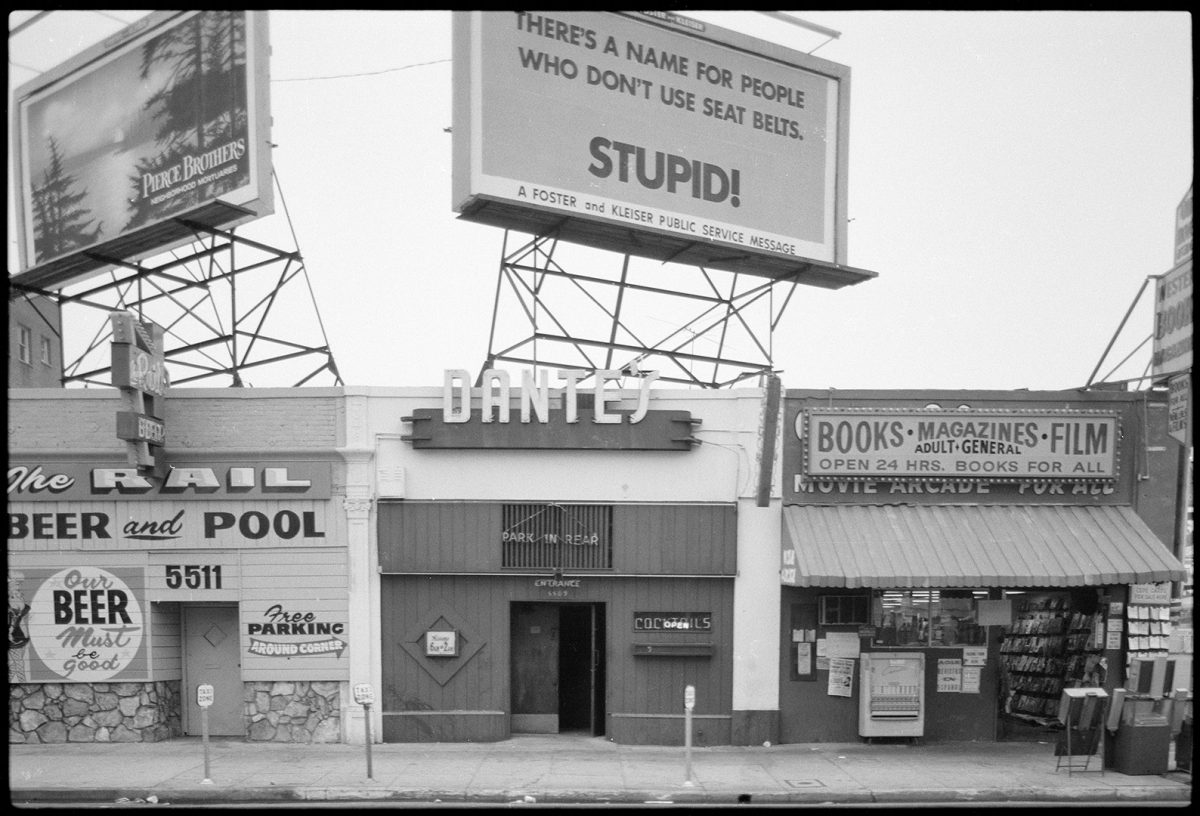 When Pop artist Ed Ruscha moved to L.A. from Oklahoma City in 1956 to attend the Chouinard Institute (later CalArts), he soon became part of a vanguard of modern art in the city. L.A. was “largely oblivious of the visual arts,” writes Calvin Tomkins at The New Yorker. “Unlike San Francisco, which considered itself the cultural capital of the West, L.A. had no significant art museum, few galleries, and only a handful of people who would even think of buying contemporary art.”

Aside of a small “crop of obstreperous young artists” like Ruscha, the dearth of new art in the city would obtain until the mid-sixties, when the Los Angeles County Museum of Art (LACMA) opened on Wilshire Boulevard, and smaller, more avant-garde galleries followed. (Ruscha would later paint the LACMA going up in flames in his Los Angeles County Museum of Art on Fire.) 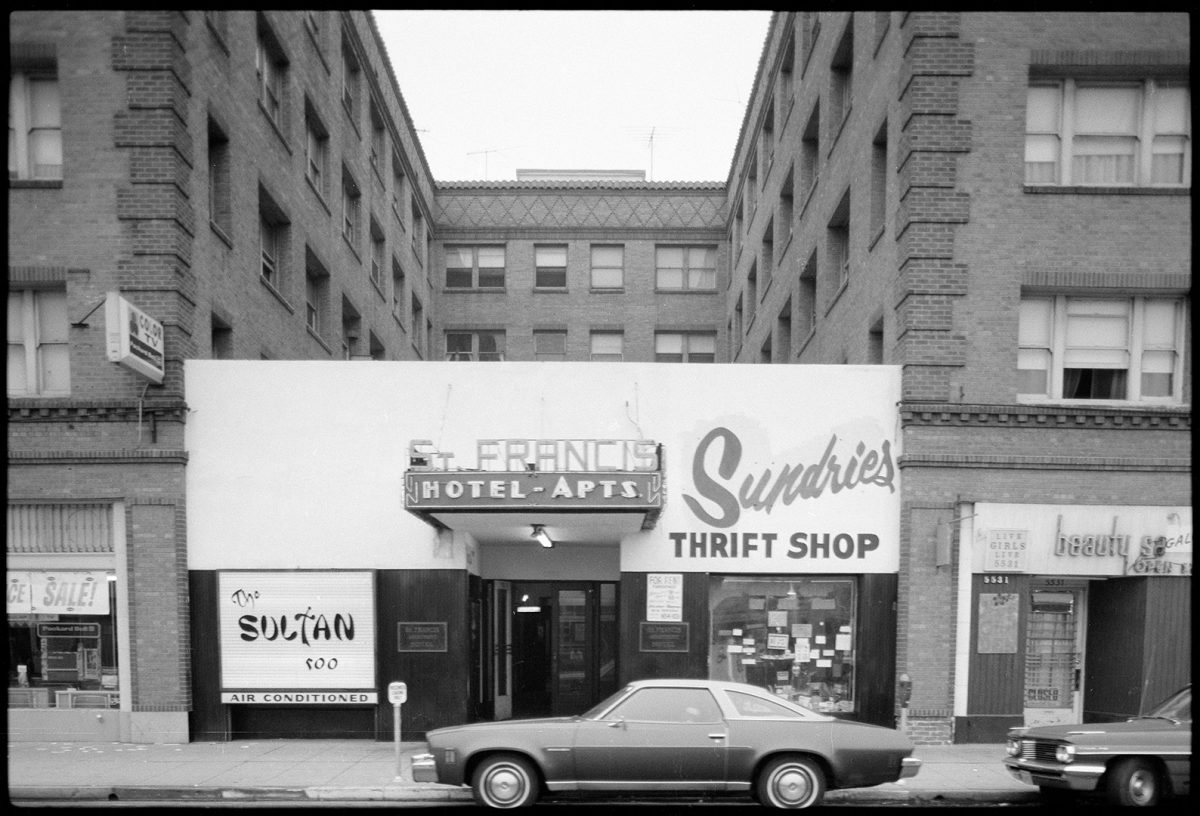 But Ruscha was never lacking for inspiration in L.A. He found all he needed in the city itself—in the quirks of its architecture, the graphic simplicity of advertising, the “cinematic perspectives” of Hollywood films….

Nearly everything about the city appealed to him—the endless sprawl, the two-story apartment houses with outdoor stairways, the hot rods, the jazz clubs, the billboards, the sunrises and sunsets, the boulevards that led to the ocean.

In 1966, the year after LACMA opened, Ruscha published Every Building on the Sunset Strip, a series of black and white photographs of the storefronts, restaurants, hotels, apartments, and palm trees lining both sides of Sunset Boulevard. “He stitched the photos together to make one long book that folded out to 27 feet,” notes filmmaker Matthew Miller—who has brought together two of Ruscha’s major inspirations, L.A. and Jack Kerouac’s On the Road, in a short film commissioned by the Getty. 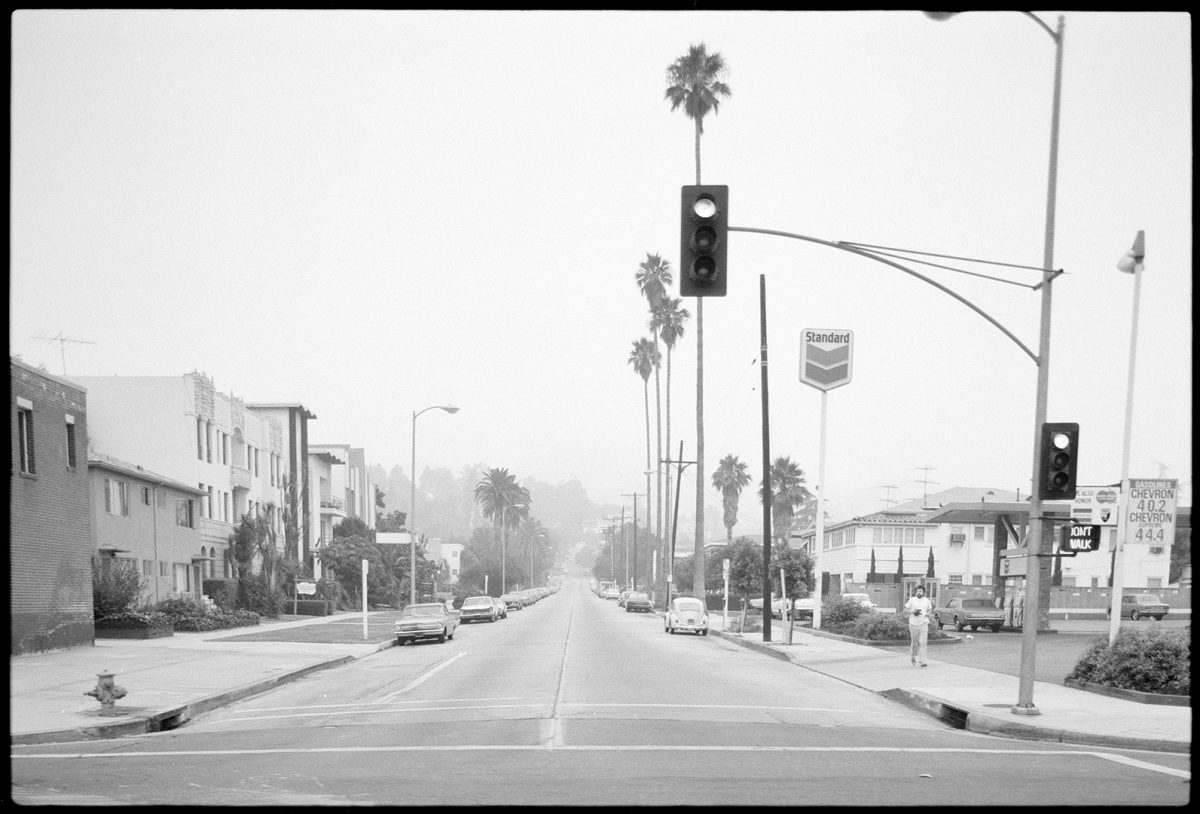 “He made copious notes over that time in an effort to standardize the process,” Miller writes, “covering everything from the height of the camera to details like ‘Protect the photog’s ribcage with a lifebelt or jacket.’” Every Building on the Sunset Strip turned into Ruscha’s “larger Streets of Los Angeles series, which spanned decades” and included his book Some Los Angeles Apartments: “38 deadpan photos of high-rises, walk-ups and dingbat buildings that typify that era of architecture,” notes NPR.

Thanks in part to Ruscha himself, by the mid-sixties, when he began his odyssey of L.A. photography, the city had “supplanted San Francisco as the West Coast center for contemporary art,” writes Tomkins. Indeed, by the later part of the decade, “Los Angeles was poised to rival and maybe surpass New York as the new art mecca,” though this didn’t quite happen. 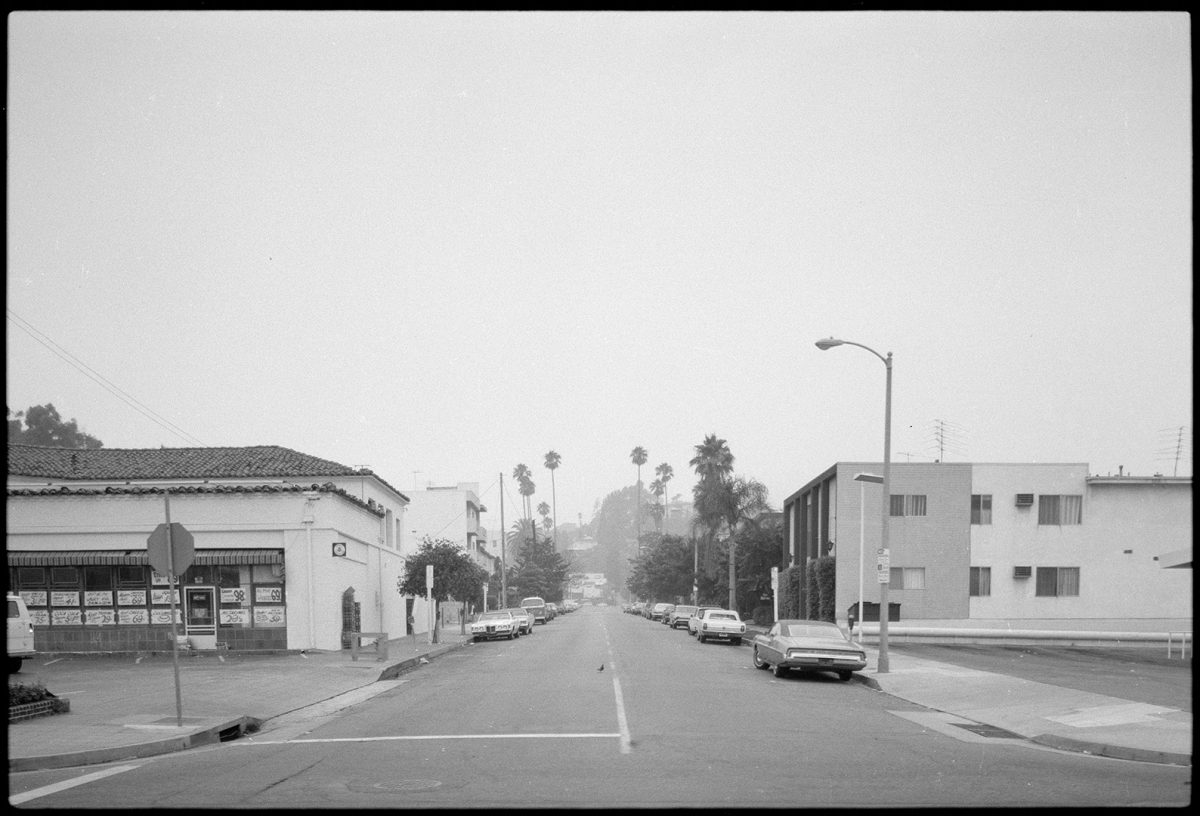 Ruscha continued to pursue his own course. His sensibility is may best be illustrated by the story of a month he spent in Paris during a 1961 tour of Europe after his graduation from Chouinard. “Although he made dutiful visits to museums, older art didn’t interest him. He spent most of his time walking the streets and painting small pictures, with oil on paper, of signs.” 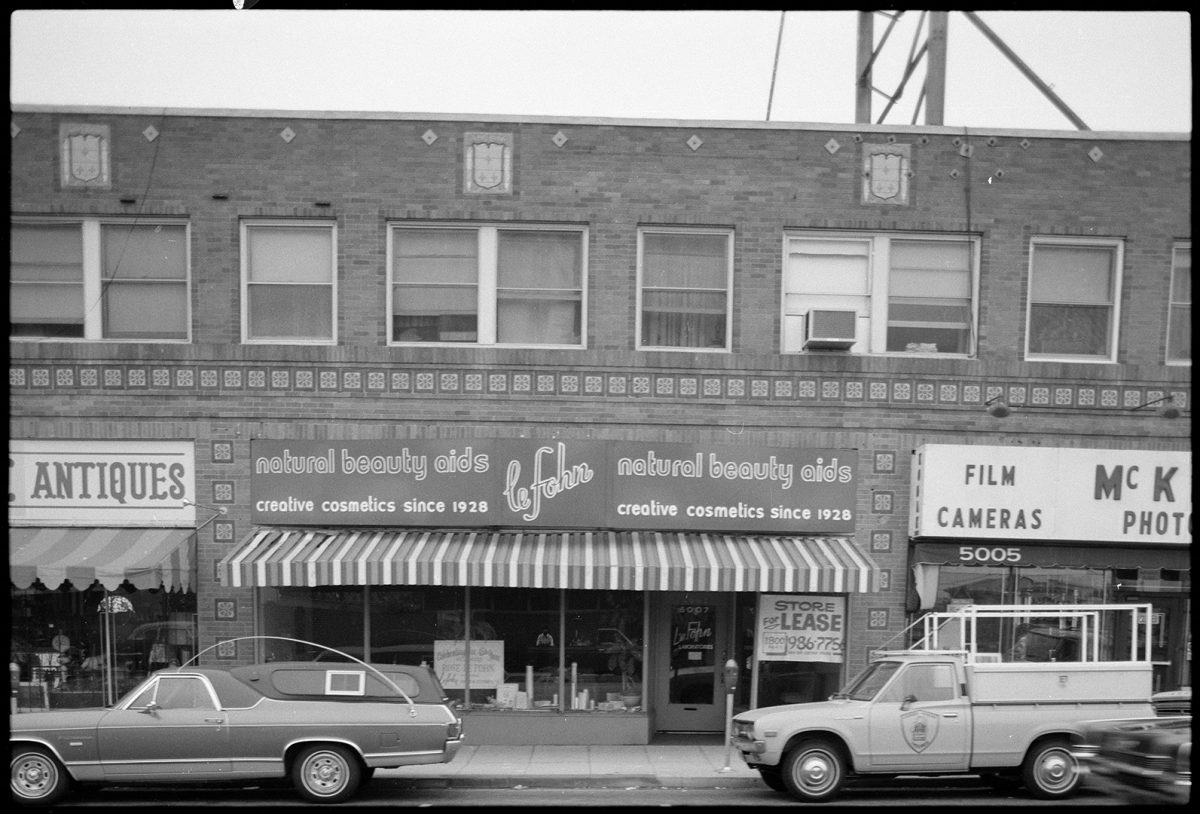