Today’s television has it’s share of conspicuous consumption, but in the 1960s through the early 1980s the glass was overflowing.  Here is a cupful of the most memorable. 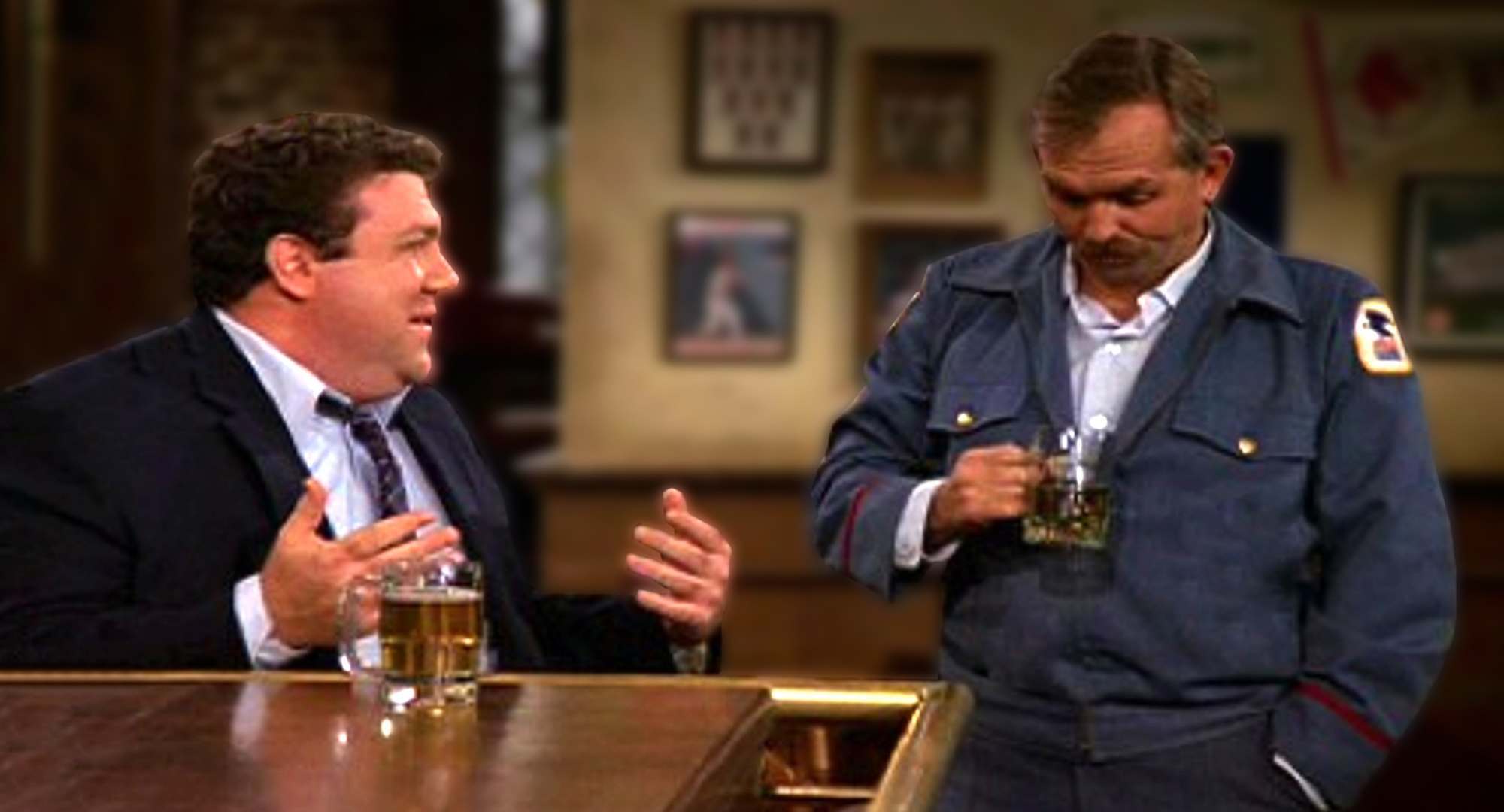 Norm and Cliff definitely win the award for most loveable drunks.  Yes, in real life, a guy that makes a bar his second home is generally a smelly trainwreck of a human being.  But not these guys – two of the most likeable beer swilling barflies you’d ever want to meet. 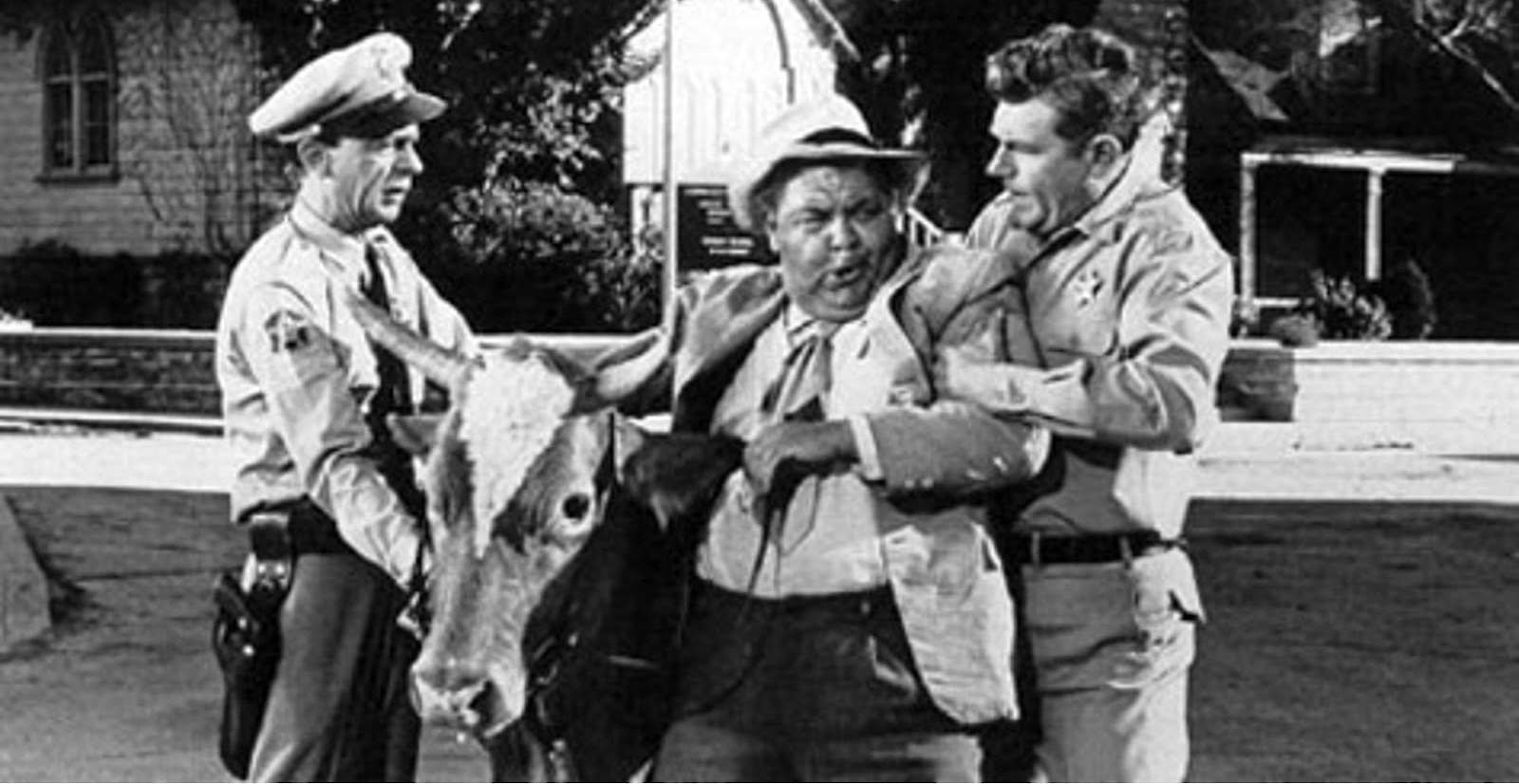 ANDY: Were you drunk when Deputy Fife arrested you?
OTIS: I can’t rightly tell; I wasn’t wearing my glasses.

I’m sure Otis (Hal Smith) smelled like piss and vomit, but from a distance, he was simply adorable. 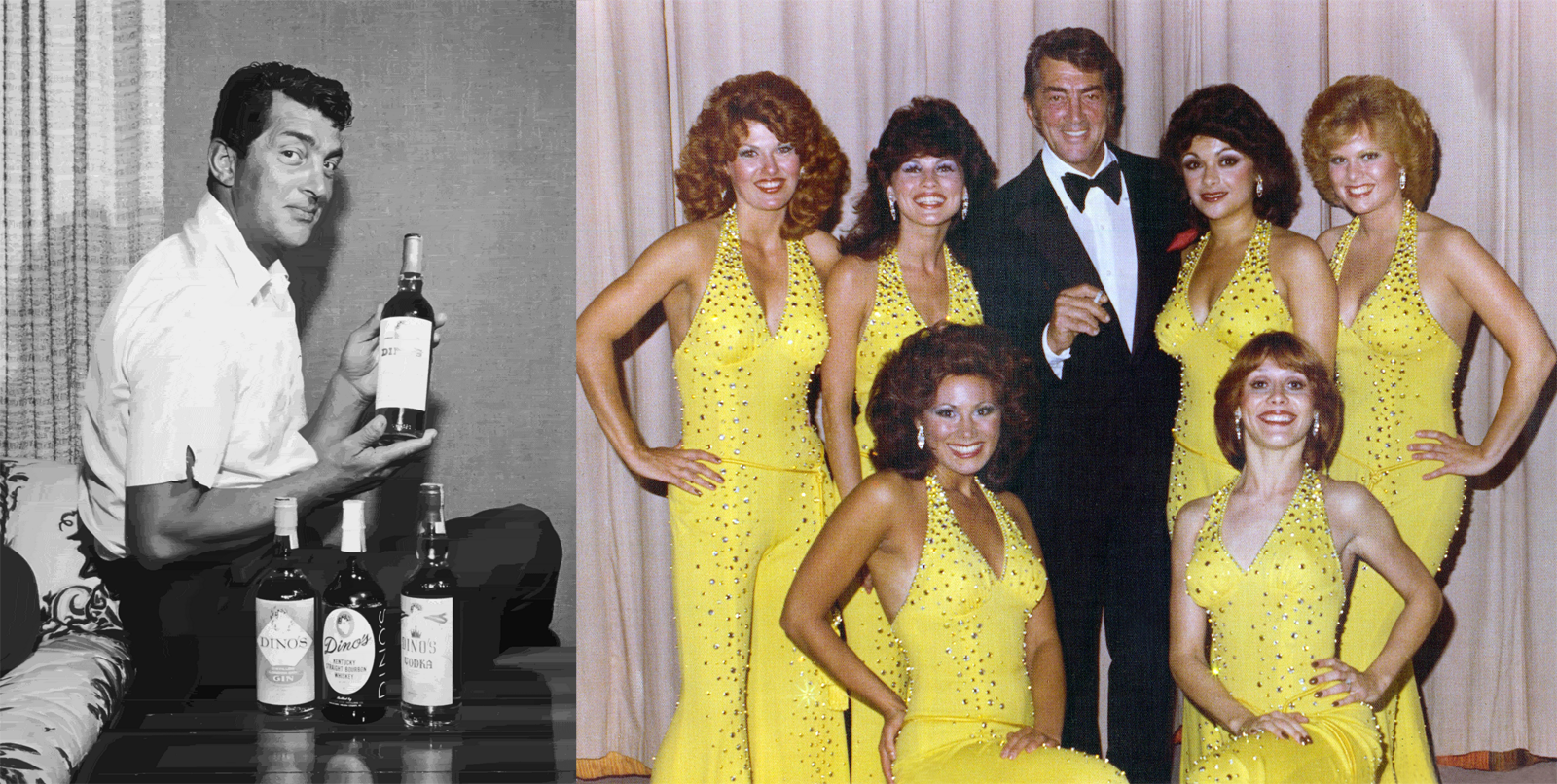 “I feel sorry for people who don’t drink. When they wake up in the morning, that’s as good as they’re going to feel all day.”

Dino made a career out of being a loveable drunk.  Sometimes I think too much emphasis was placed on his drinking, because he was actually an extremely charismatic actor and awesome singer…. but then I’m reminded of his martini glass shaped pool, and the countless tipsy moments on stage (not to mention his boozing Matt Helm character) and I wonder if maybe he brought it on himself.  He’s still my favorite Rat Packer, nonetheless.

Archie Bunker (All in the Family) 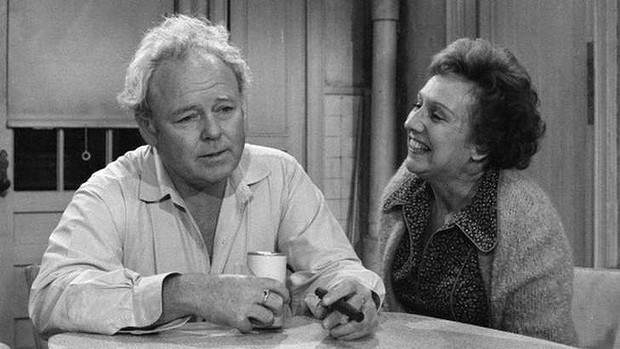 “The Bible’s full of wine. God ain’t got nothing against a little drink to celebrate His Son’s birthday with.”

To Archie Bunker, anyone who didn’t drink beer was a Pinko Commie.  Sure, there was nothing wrong with a generically labeled beer after work – I do the same, and that doesn’t make me an alcoholic.  But then he opens up “Archie Bunker’s Place” and the brew really starts flowing. 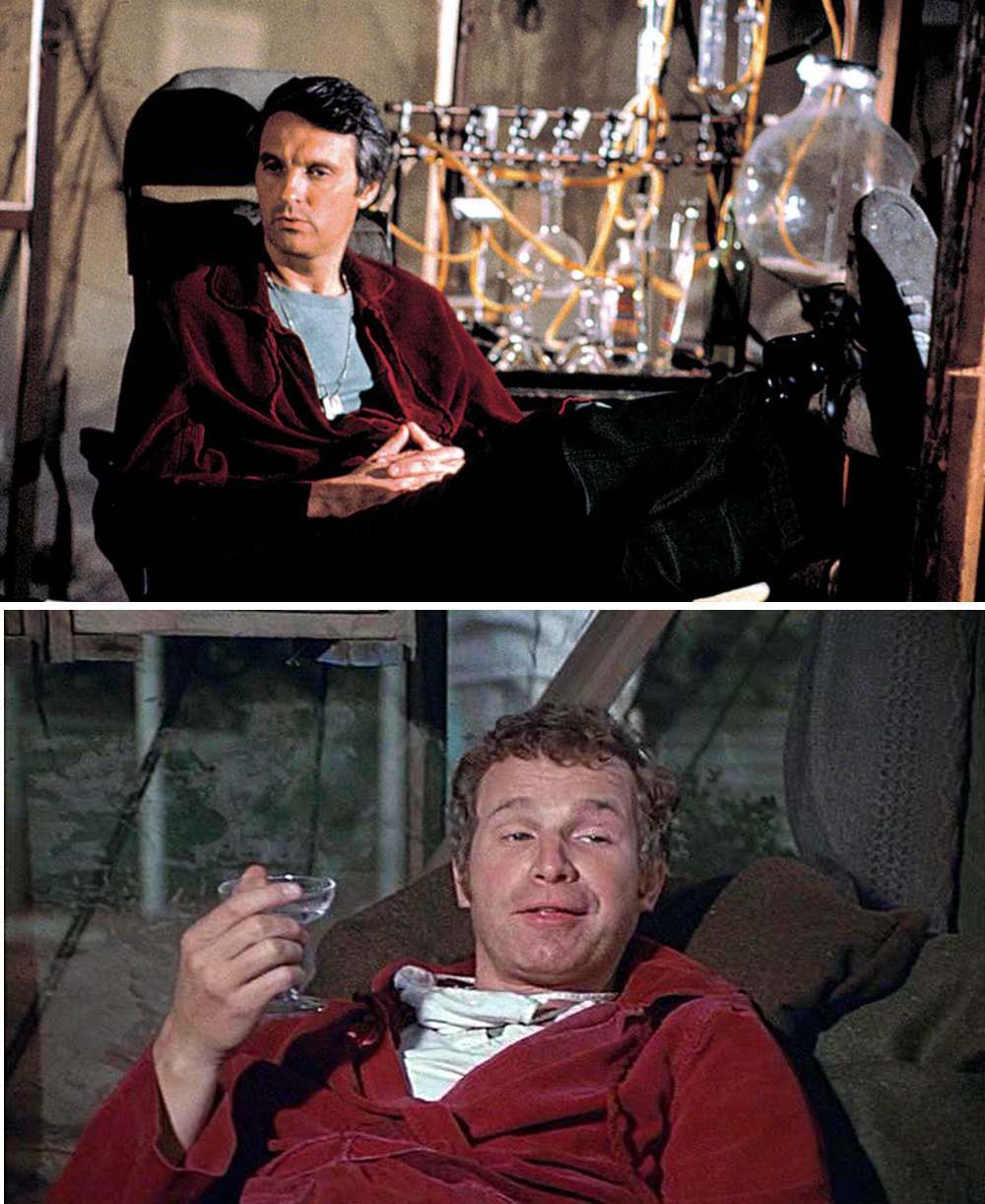 FRANK: You are common drunks!
HAWKEYE: This is a rumor started by people I’ve fallen over.

The doctors dulled the pain of the Korean War by drinking, and once Trapper left, the bottle was handed to fellow drunken doctor, B.J. Honeycutt. My favorite quote is Hawkeye explaining how dry he likes his martinis (note his distillery in the picture above):

“I want a dry, arid, barren martini. I want it so dry that there is dust on the olive.” 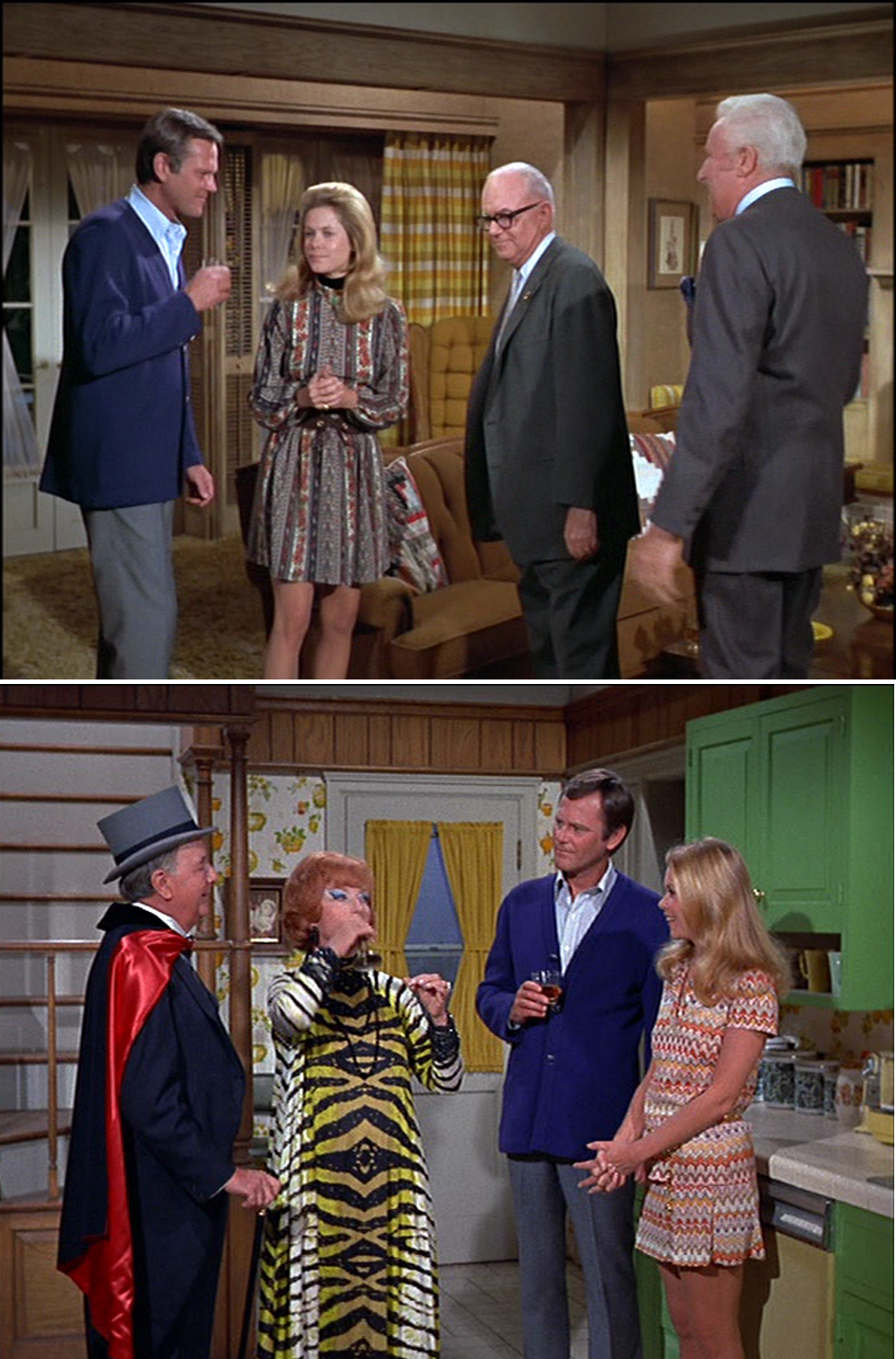 Darrin was constantly getting sloshed Mad Men style on Bewitched.  Every time Larry Tate brought over clients, cocktails were being mixed.  If you doubt the level of alcohol consumption, take note of the tally listed below.   It’s truly depressing that someone took the time to compile this list – but it would be even sadder if I didn’t share it with you.  Behold, an episode list of Darrin’s onscreen consumption:

After School Specials were constantly beating kids over the head with all the horrific problems life has to offer – abuse, mental handicaps, teen pregnancy, divorce, suicide…. If it was depressing, it likely was a topic of an After School Special.  Some of the best ones involved heavy drinking – and by that I mean,  they are best enjoyed after drinking heavily (to dull the pain).

Who can forget Season 2, Episode 14: “Say Uncle” (1984) when Uncle Ned (Tom Hanks) stays with the Keatons and drinks all of their vanilla extract.  In a monumentally uncomfortable scene, Drunkle Ned decks Alex.   Remember, in the early 80s, sitcoms often got dark – real dark.

There’s plenty more drunks I suppose also deserve a mention: Ned the Wino from Good Times and Barney from The Simpsons.  Feel free to add any glaring omissions in a comment.  Cheers!