THE trouble with American situation comedies in the 1970s and 1980s was that you never knew what you were going to get when you tuned in: was it going to be light-hearted entertainment or tales from the darkside?  There was nothing worse than sitting on the couch, ready for 30 minutes of laughs, and instead being served a smorgasbord of human suffering.

In their lust for an Emmy, sitcom writers got it into their heads that there just had to be “special episodes”.  With these stories, the comedy came to a screeching halt in favor of some of the most brutal narratives imaginable.   What made it so nefarious is that these shows generally were fun and silly…. then they turned on a dime, delivering terrifying accounts of sodomy and molestation.  You never knew what you were going to get, so you were unprepared for the nightmare unfolding before you.

I’ll begin with the most infamous example of them all…. 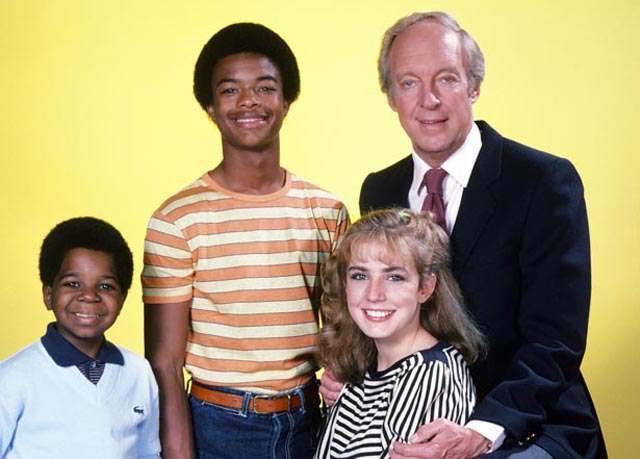 Ask any American who grew up in the eighties what sitcom episode caused the most mental trauma, and you will always wind up on the insidious Bicycle Man episodes.  Sure, there were other sitcoms that dealt with molestation, but never this graphic, this painful to behold.

Gordon Jump plays Mr. Horton, a bicycle repairman who lures the two kids, Arnold and Dudley to his peadophile lair.  What transpires next should never have been included in a situation comedy – I don’t care how altruistic the writer’s intentions were.  Viewers expecting to see comedy got sodomy instead.  Mr. Horton proceeds to drug the kids, bathe them, show them pornography…. and, yes, the episode actually had a laugh track!

Arnold and Kimberly decide to thumb a ride and are picked up by a Norman Bates styled serial killer/rapist.  As with any good light-hearted comedy, it involves abduction and sexual assault.  Arnold manages to escape and alert the authorities before Kimberly is subdued in the killer’s dark room.  Fun for the whole family! 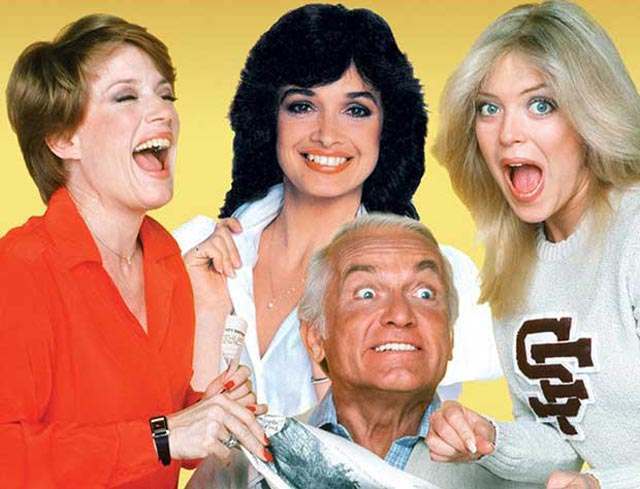 In this “very special episode” Monroe, the flamboyantly gay neighbor, is abducted and raped in the back of a van by a pack of wild women.

For many Americans this seemed like a bad dream – like it never happened.  It aired one dark night in ’85 then vanished, not rearing its ugly head again until a couple decades later.  The show’s star, Ted Knight, hated the episode, and even after his death, it never played in reruns.  It was as if it never happened.  There’s even a 10 minute indie film about the mysterious episode…. Was it all a dream?

Thankfully, the episode finally came out of the closet.  It wasn’t a case of mass delusion after all.  Although, I almost wish it was.  What twisted mind puts something like this in Too Close for Comfort – a goofy, brainless sitcom? 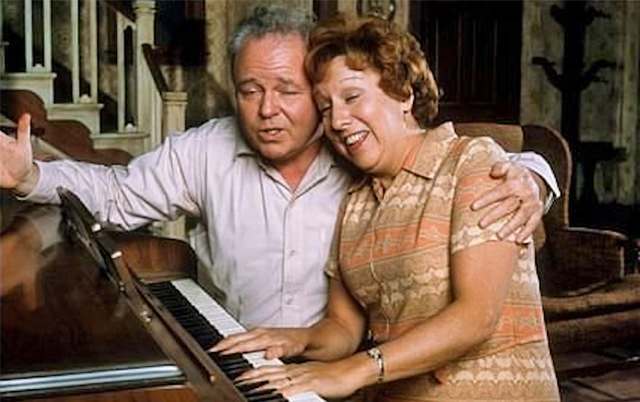 All in the Family was a veteran when it came to addressing taboos (racism, homophobia, anti-Semitism), but when Edith is a victim of a home invasion that quickly turns to rape, audiences were left slack jawed.  Did the writers derive some sort of sick pleasure knowing that American living rooms would be silent, awkward hell holes that evening? 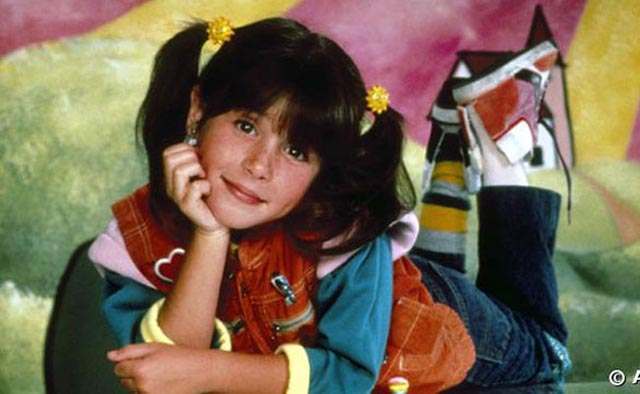 If you’re a comedy writer, and you have a darling little girl as a lead character in a hit sitcom, what sort of stories should you create?  Well, if you’re a writer in the Eighties, you decide to weave a tale of the most horrific nature.  In this episode, there is a serial killer on the loose.  Poor Punky is traumatized because she fears her father will be his next victim.  Unfortunately, audiences young and old were traumatized right along with her. 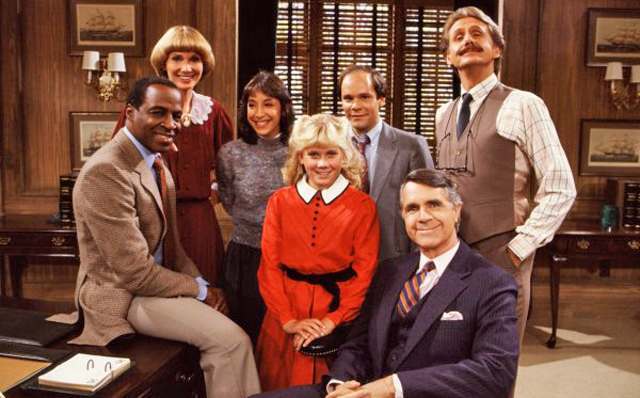 Yet another mindless, carefree comedy turned bloody.  In this episode, Benson and the gang are aboard a cruise ship with a bloodthirsty murderer silently among them.  As the vacationers are stabbed to death, wacky hi-jinx abound.  Nothing says “riotous fun” like a homicidal maniac lurking in the shadows. 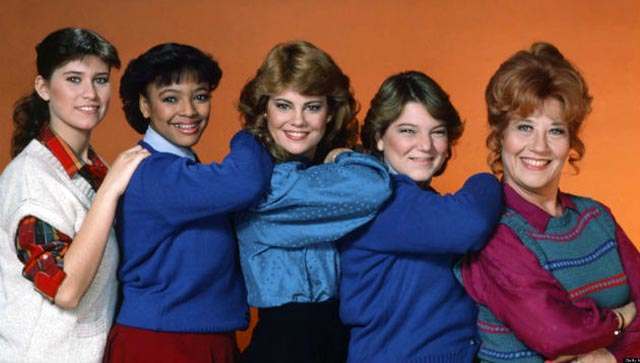 What sort of hilarity do we find on The Facts of Life?  Well, coming home from a costume party dressed as Charlie Chaplin, Natalie is sexually assaulted.  And just when things can’t get any funnier, she develops agoraphobia from the incident.  (insert canned laughter) 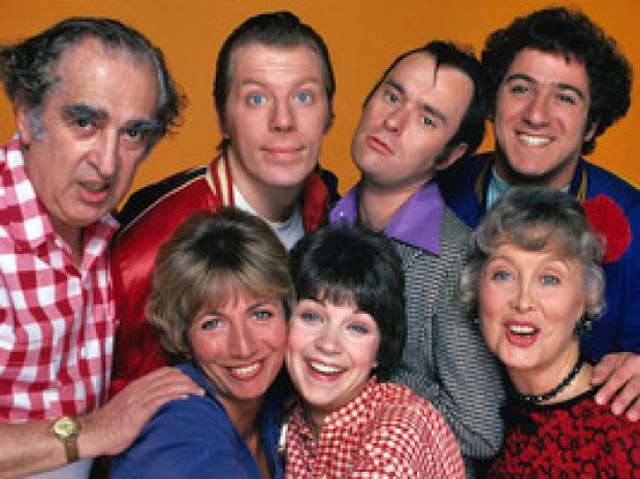 The actual episode title is an incomplete sentence, but if you’ve been following along so far, I’m sure you can finish it on your own.  Nothing says “comedy” like a good story about coping with the horrific death of a loved one.  In this slapstick comedy, Laverne must come to grips with her boyfriend’s (Ted Danson) untimely end – viewers are treated to Laverne’s inner anguish and denial.  I guess we should be thankful they at least didn’t show him actually burn to death.  Although, that might have been more bearable than the grieving Laverne’s dark night of the soul. 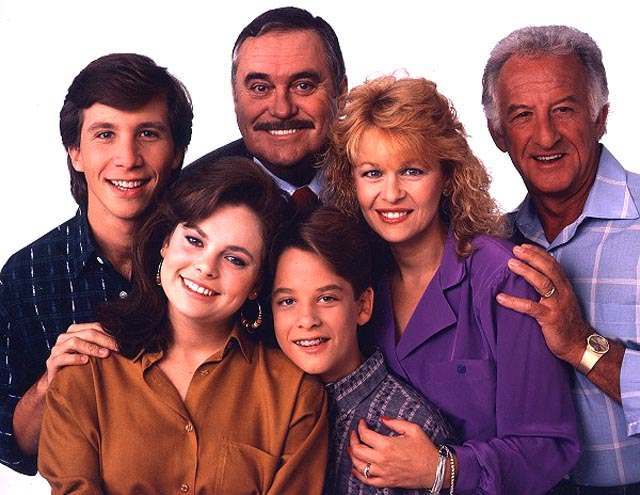 Young Wesley goes to camp.  True to form, the “comedy” writers were only too anxious to have the lad inappropriately touched by one of his counsellors.  Wesley does the right thing and fingers his molester (bad choice of words, I know), and a happy ending is had by all…. Except the viewing audience who are forever traumatized.

Words cannot do justice to convey how awful this episode is.  Instead of a summary, allow me to include just a few lines from the episode: