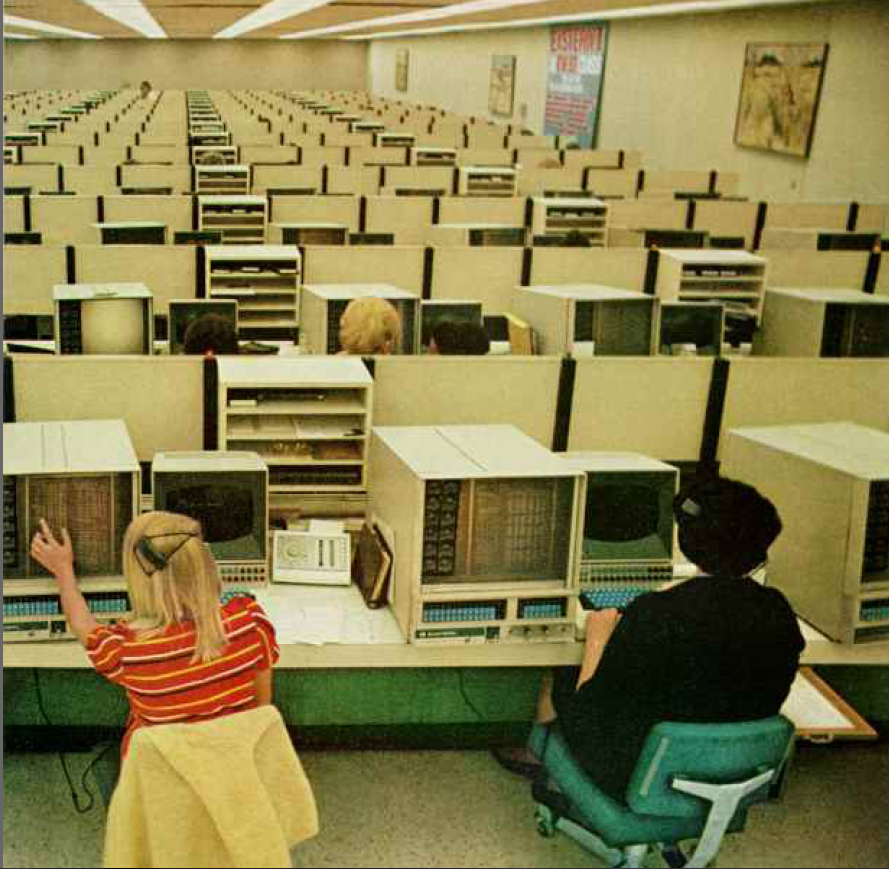 In just a few short decades, a lot has changed in our work space.  An office worker from 1974 entering the cubicle mazes of 2014 would be in for a huge adjustment.  Many of you reading this have ridden this wave over the last 40+ years and can testify to the massive amount of changes that have taken place in our warrens of industry – some titanic, some subtle.  Here’s a list representing just a slice of the ways our offices are different: 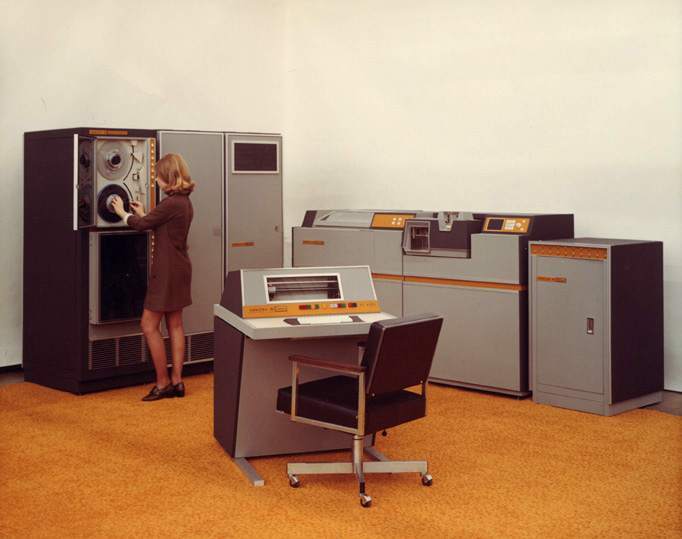 Sure, there were computers in the 60s and 70s, but these whirring leviathans occupied whole rooms, and were only available for the titans of industry – your average business had no connection to these giant expensive gadgets.

Can you even imagine your job at the office without computers?  No – I mean, really sit there for a minute and picture what your job would be like without your PC or laptop.  No emails, no PDFs, no Microsoft Word, no Excel, no Internet…. It may as well be the Middle Ages, right?  Break out the tankard of mead and let’s go plow the fields for our feudal lordship. 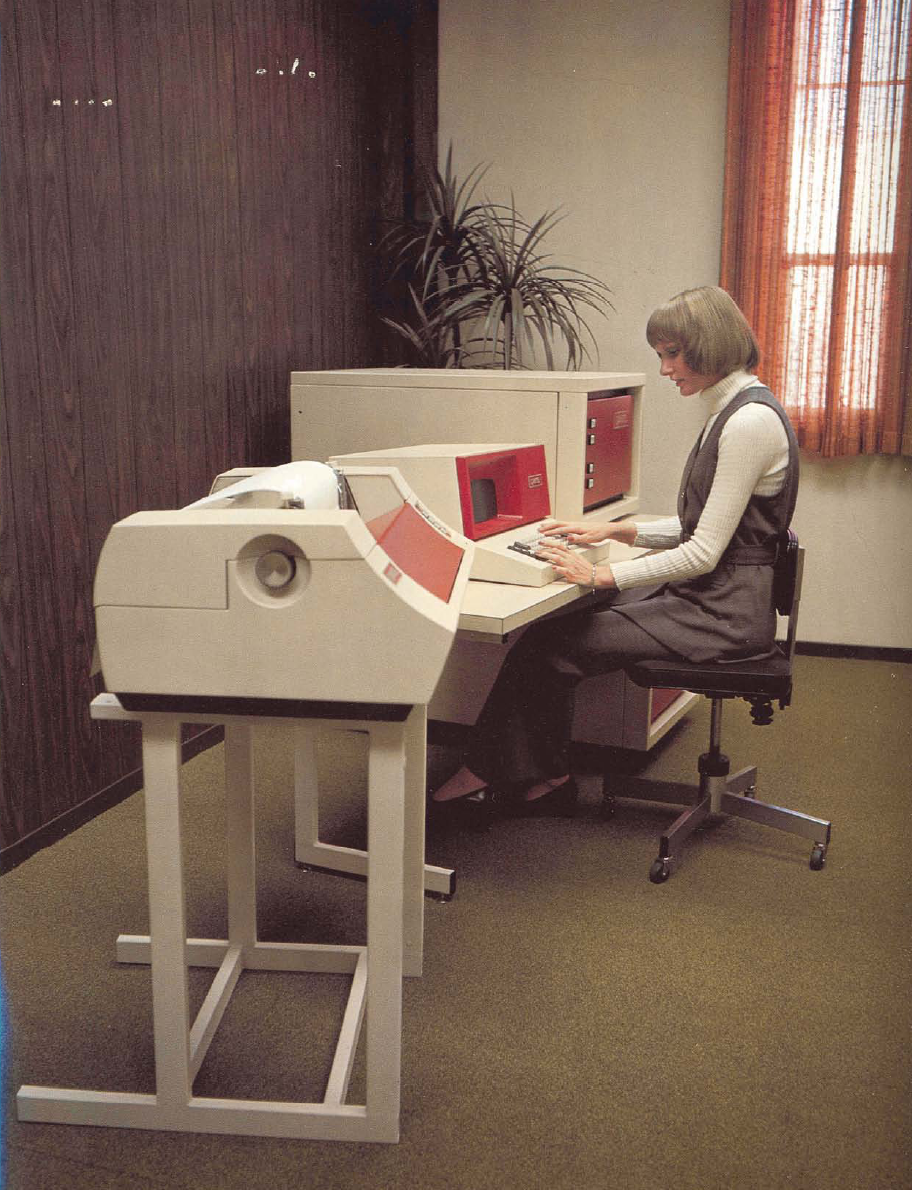 I’ll refrain from stating my age – suffice it to say, I’ve been in the workforce long enough to remember a time when places of business were 100 percent computer-free.  Yes, we still functioned fine without them, and there’s an argument to be made that they create more work than they save.  However, I think we are well past the mark where we can say we’d be better off without them.  The computer has become such a deeply embedded component of our daily grind that, if the grid went down, workers would wander aimlessly with helpless, confused looks in their eyes. 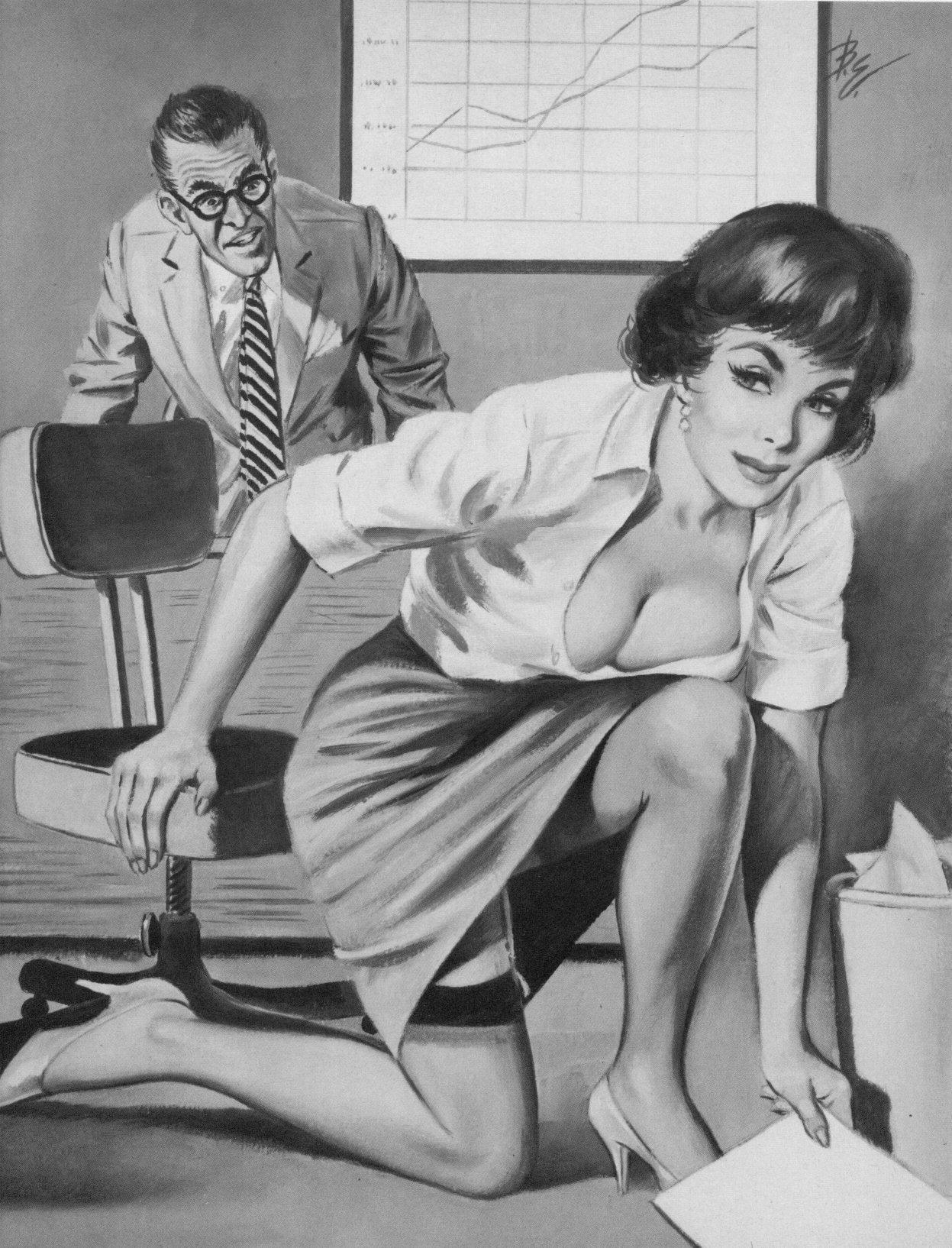 We certainly haven’t reached that celebratory moment where we can say with confidence that we have achieved gender equality.  However, compared to the office environment of yesteryear, we’ve made light years of improvement.  Mad Men is as good as any pop culture illustration of what the gender landscape looked like in the 1960s.  Women were relegated to the steno pool, doing menial clerical work, while the gentlemen ruled the roost with absolute authority.  Indeed, these ladies worked the phones and typewriters only to pay the bills until they got hitched and could start their true calling in life – that of homemaker. 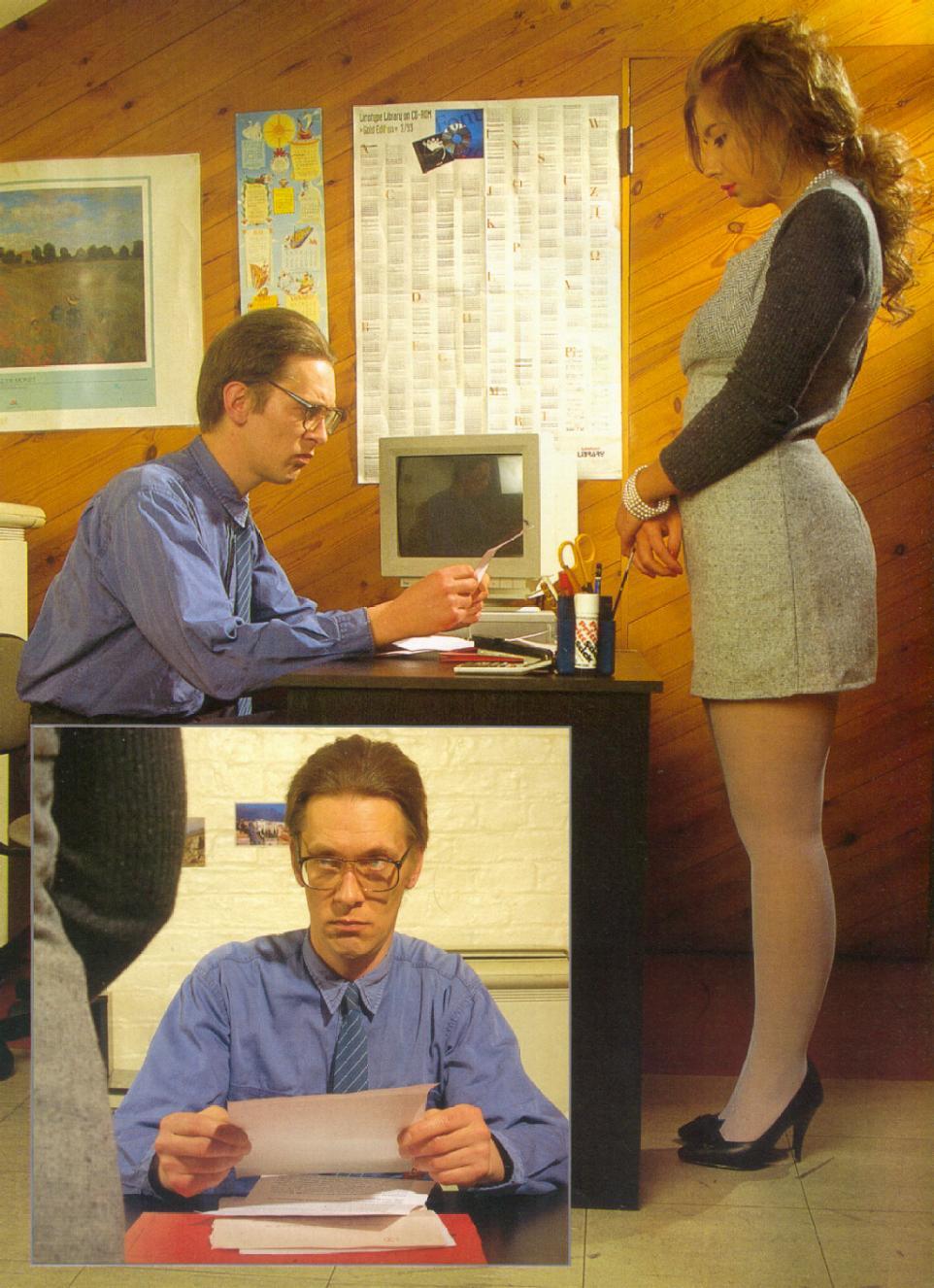 Don’t interpret that there’s anything wrong with choosing the home over career.  However, it certainly made for a gender gap the size of the Grand Canyon, and the culture of the workplace reflected it.  “Sexual harassment in the workplace” is a phrase that did not exist until well into the 1980s. The average workday for a female in the vintage office space was one of politely fending off constant flirtations punctuated by lecherous harassment.   Certainly, this unwanted behavior still exists, but for ladies in the 1950s-70s, it was a part of daily life. 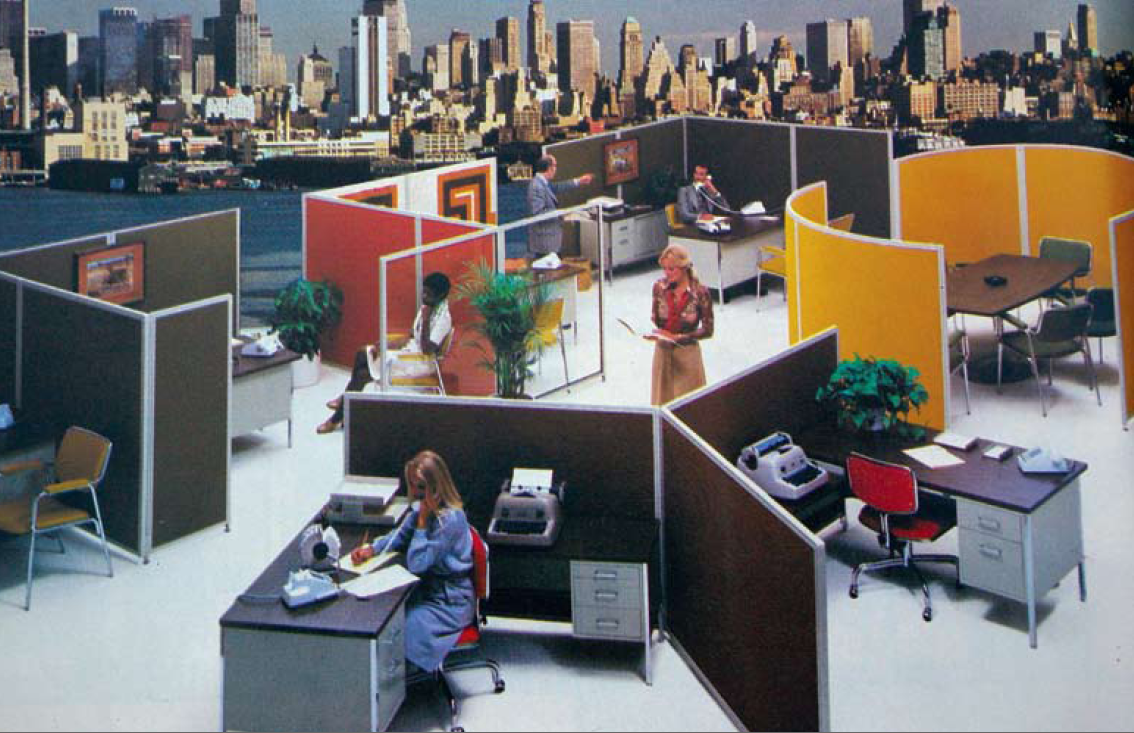 In the 1980s, office spaces went cube-crazy, and there was a fair amount of wariness over this new look.  As the American population grew, so did the workplace.  It didn’t make economic sense to tuck every employee into a four-walled office proper…. Nor did it make sense to house everyone in a giant, noisy, open-air room.  The logical solution was somewhere in the middle with a hybrid office/open workspace.   The problem was, these new mazes of cubicles looked an awful like Industrial Revolution Hell to those unaccustomed.

We take them for granted today as a normal office layout.  Even the big boss may be stuck in a cubicle in the modern office (although, his square footage will be slightly larger, of course).  Those that can recall the insane racket of the office before the arrival of the cubicle to muffle the typewriter cacophony will testify that the cubicle is, in terms of sanity, a godsend. 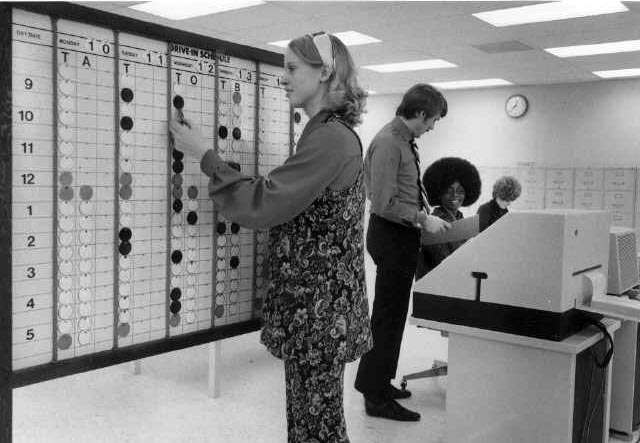 The immediate question to anyone who has just entered the workforce in the last 20 years is “How does 9 to 5 account for a 40 hour work week when you include an hour for lunch?”   The simple answer is that, for salaried employees, you were required to work 9 to 5, and breaks, including lunch breaks, weren’t factored into the equation.  Granted, if you punched a clock, the math is still the same as today.  However, for salaried employees of yesteryear, there was, quite frankly, less time spent at the office. 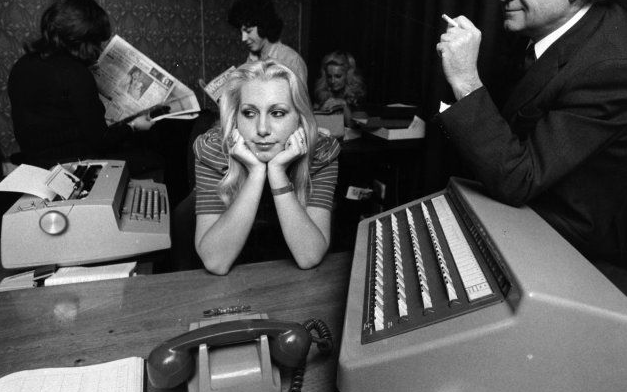 Add to that, there was a distinct office culture change in terms of always being “on task”.  You could make a solid case that yesterday’s office worker was more productive than today; however, there was less of a focus on a minute-to-minute accounting of time.  Water cooler talk, cigarette breaks, extended lunches – these weren’t as frowned upon as they are in today’s time conscious workplace which is more “Toyota-esque” than it was pre-1980s.

The obvious question is how much more productive are employees staring ceaselessly at their monitors? Most workers can maintain the façade of work while on Facebook (and I well remember the days when cubicles were ablaze with illicit games of Minesweeper and Solitaire).   Lengthy lunches and conversation breaks are more obvious moments of being off task and thereby verboten in the maniacally time-conscious workplace of today. 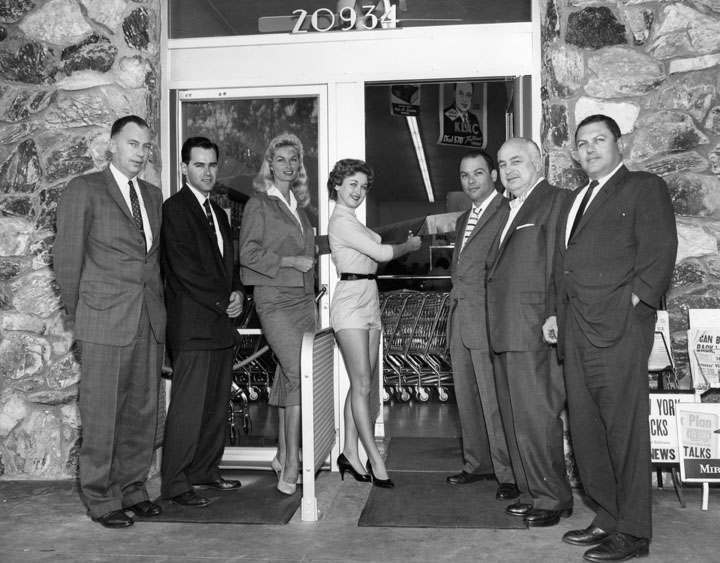 I worked in a place where every guy (most of whom had been there since the 1960s) showed up to work in a suit and tie… yet, when they’d reach their office, the blazer came off, and the tie was loosened.  (What was the point?)  As the years went by, the old guard retired and made way for a sea of pleated khakis and golf shirts.  In summary, things got a whole lot more casual.

The same went for the women.  Skirts, hose, makeup – the works – was the norm.  It was a lot of effort (and expense) to sit behind a desk, nestled in a cubicle womb.  For most offices “Casual Friday” became casual every day; while Fridays became “Jeans Friday”. 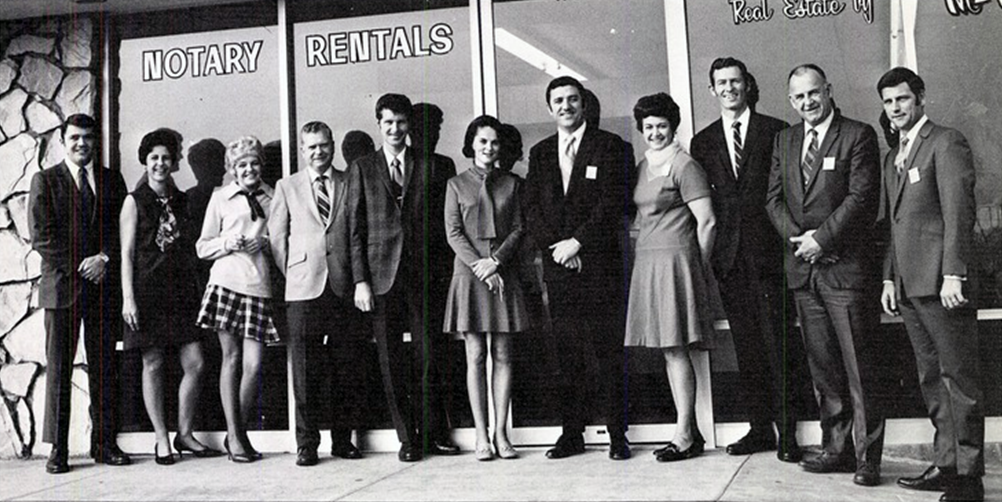 Let’s face it; when it comes to practicality it just doesn’t make sense to dress to the nines anymore.  Just as nurses went from white-dressed Florence Nightingale to floral patterned Wal-Mart scrubs, the office worker has settled in to a much more practical “uniform”.

But “practical” doesn’t always equal “better”.  So, while we’ve trimmed the away the seemingly pointless exercise of dressing up for work, something may have gotten lost in the process.  Indeed, there’s a case to be made that the behavior of the office workplace is, in some degree, dictated by the look and feel of the environment.  If people start to look casual (or, dare I say, sloppier?), could it be said that a degree of professionalism and “ready for business” attitude is diminished.