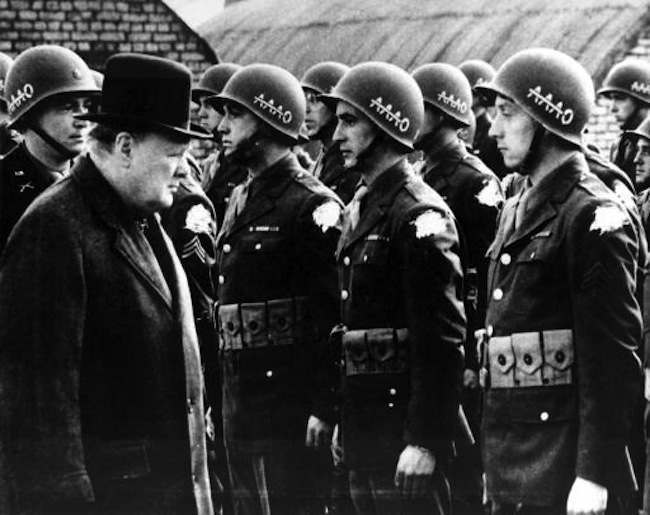 BARACK Obama says the “red line” is chemical weapons. When Bashar al-Assad used them in Mouadamiya, Syria, as has been claimed, he crossed that moral line. Obama says the use of such weapons is “barbarism“. John Kerry says Assad is a “thug and murderer”.  He says Assad is just like Hitler. But maybe he’s like that other wartime leader. Winston Churchill opined on July 6, 1944:

“It maybe several weeks before I shall ask you to drench Germany with poison gas, and if we do it, let us do it 100 per cent… I do not understand this squeamishness about the use of gas. I am strongly in favour of using poison gas against uncivilised tribes. The moral effect should be so good that the loss of life should be reduced to a minimum.”

“Gas is a more merciful weapon than [the] high-explosive shell, and compels an enemy to accept a decision with less loss of life than any other agency of war.”

Because it instills a deep fear. It kills with much pain and indiscriminately.

Photos above: British Prime Minister Winston Churchill, left, reviews American troops at a base in England on the eve of D-Day, June 1944, during World War II. The initials AAAO on the steel helmets with a line across the As stands for “Anywhere, Anytime, Anyhow, Bar Nothing.” The identification shoulder patches of the G.I.s are blotted out by the censor. 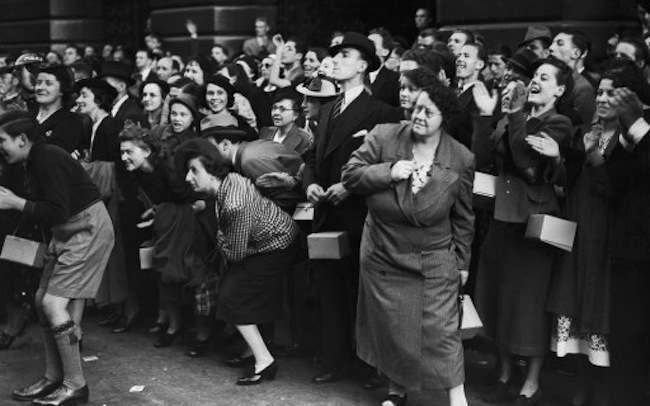 A close-up of the crowd, some of them with their gas masks with them, cheer the premier and the new first Lord of the admiralty, Winston Churchill, as they leave after the first meeting of the war cabinet on the following the declaration of war with Germany, Sept. 3, 1939. 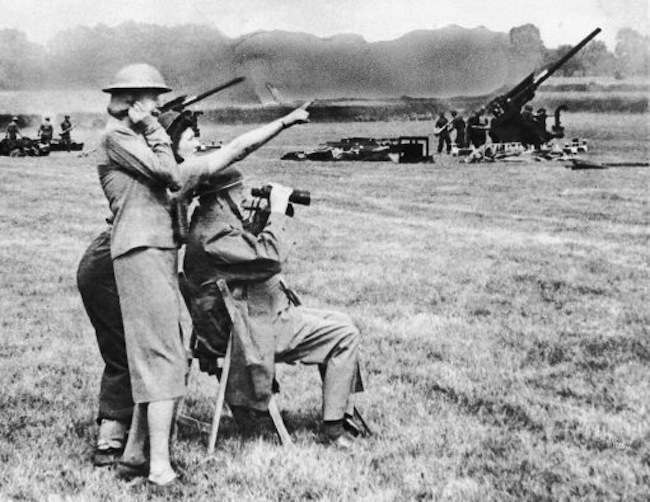 Prime Minister Churchill (seated) lifts his binoculars when his daughter Mary (behind him) points out a flying bomb at which a defense battery is firing, July 5, 1944. Mrs. Churchill holds her ears. The Churchill family made an inspection tour of Southern England flying defenses.