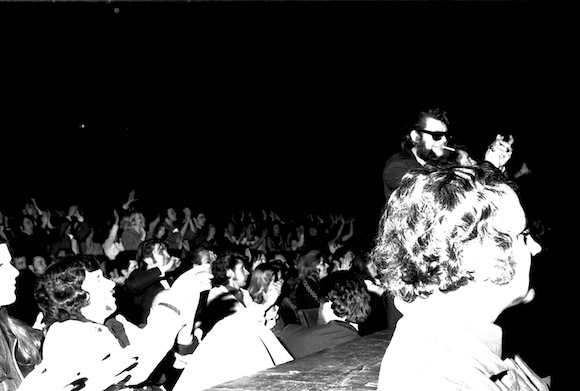 The photograph above – taken by a friend, Neal Purvis – captures one of the leading lights of London’s Ted scene at the height of his rabble-rousing powers.

Here is “Sunglasses Ron” Fahey taking to the stage of north London venue The Rainbow during The Sun Sound Show, which ran on the nights of April 30 and May 1 1977 and featured rockabilly giants Charlie Feathers, Buddy Knox, Jack Scott and Warren Smith. 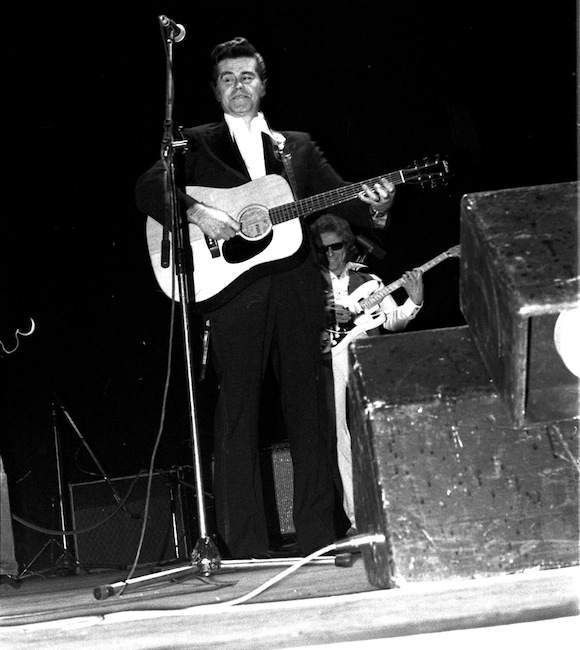 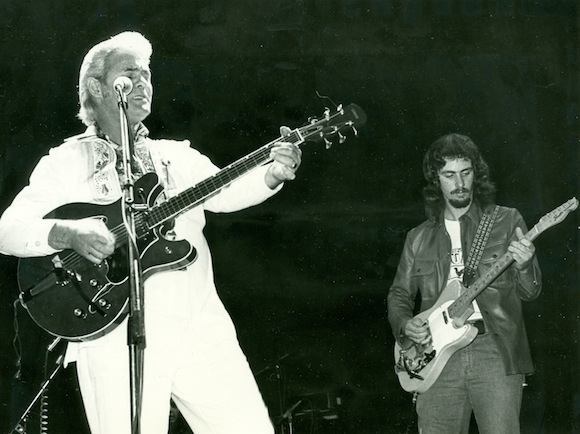 Neal was just 15; the promoter was his brother-in-law (also the operator of indie record label Redwood) and his father was the official photographer.

He took these photographs from the orchestra pit, having met Sunglasses Ron a few days before. “For some reason it seemed politic for us to meet the self-proclaimed King of the Teds,” says Neal.

“We travelled to a very rowdy Rock & Roll establishment – a hotel bar in Bayswater – where Sunglasses Ron was holding court in a corner.  We joined his table. Although he looked pretty scary he seemed like a nice chap and even lent us a box of 1950s LPs.

“They were a great couple of nights: I recall Charlie Feathers welling up from the emotion of going down so well in the UK.” 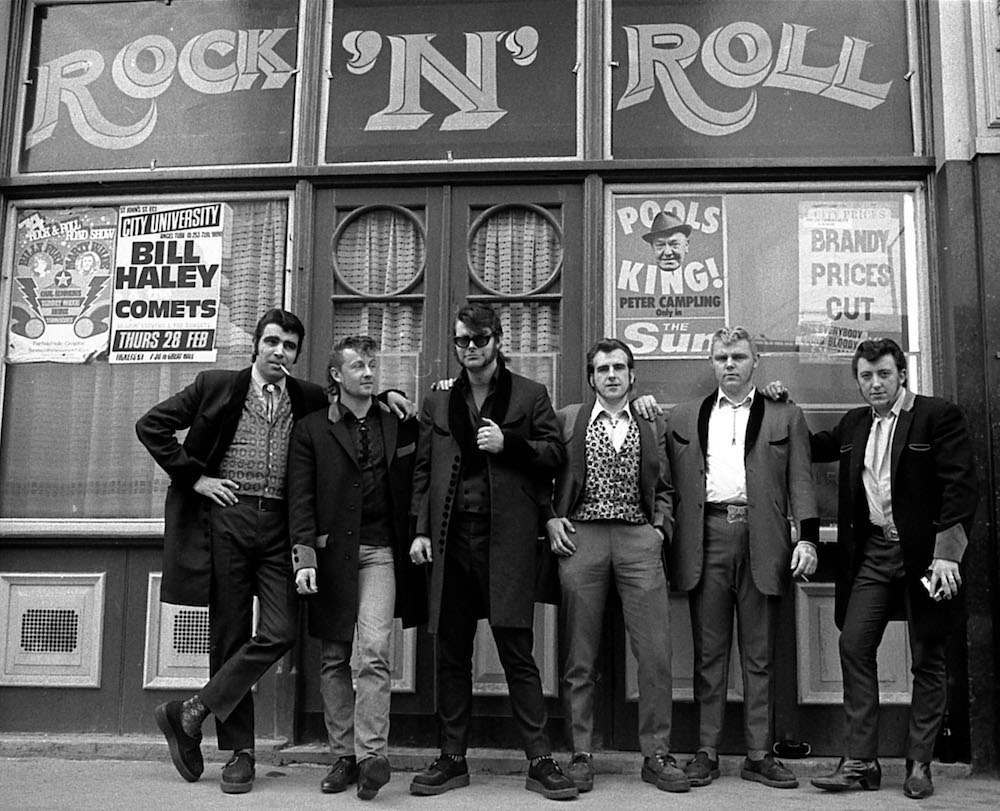 Soon the Ted vs Punk battles kicked off in earnest (though there was a rumour that Joe Strummer had been at one of the Sun gigs; I was at the Rainbow just over a week later to see The Clash and others) and Fahey became media spokesman for the older generation of rock & roll enthusiasts.

He was also featured in Chris Steele-Perkins’ mandatory photographic study of the 70s scene, The Teds

Here’s a couple of news reports of the fitting funeral given for Fahey, who died at just 53 in 1997:

If you don’t already have a copy, I recommend you pick up a copy of The Ted here.