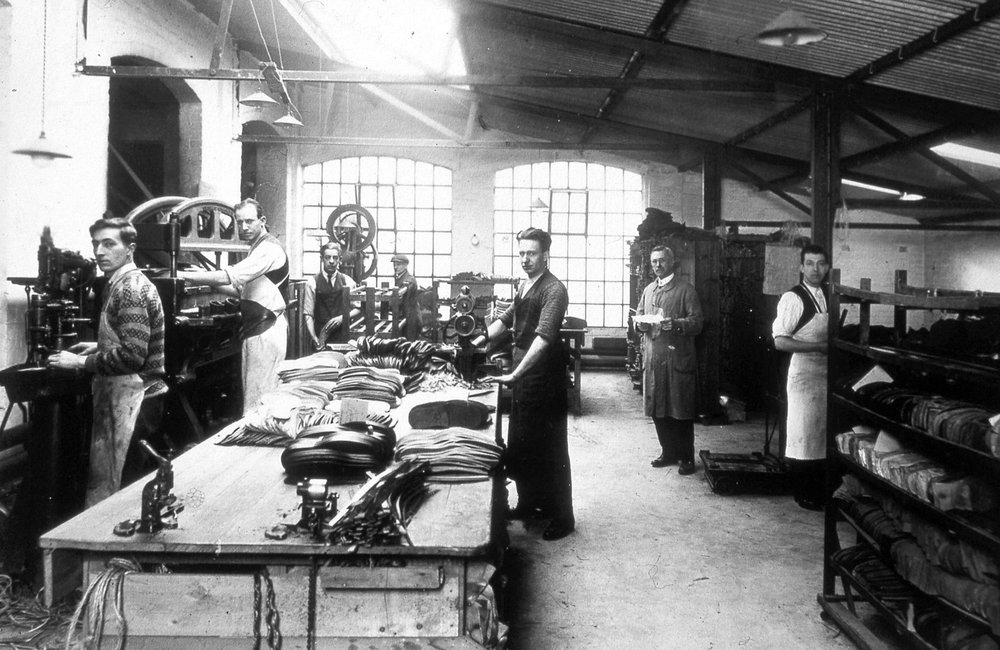 Autumn 2014’s foregrounding by Saint Laurent of the pointed brothel creeper is just one of a run of examples of fashion brands plugging into the purity of this quintessentially British rock & roll style minted in 1949 by the UK independent footwear company George Cox.

Among the first stylistic innovators to take the design out of Teddy Boy revivalism and apply it to contemporary fashion was Malcolm McLaren, who had been selling creepers for a couple of years at Let It Rock, the boutique he operated with Vivienne Westwood, by the time he visited the Cox factory in Northampton in November 1973. Here he ordered samples for six styles, some of which went into production for sale at 430 King’s Road. 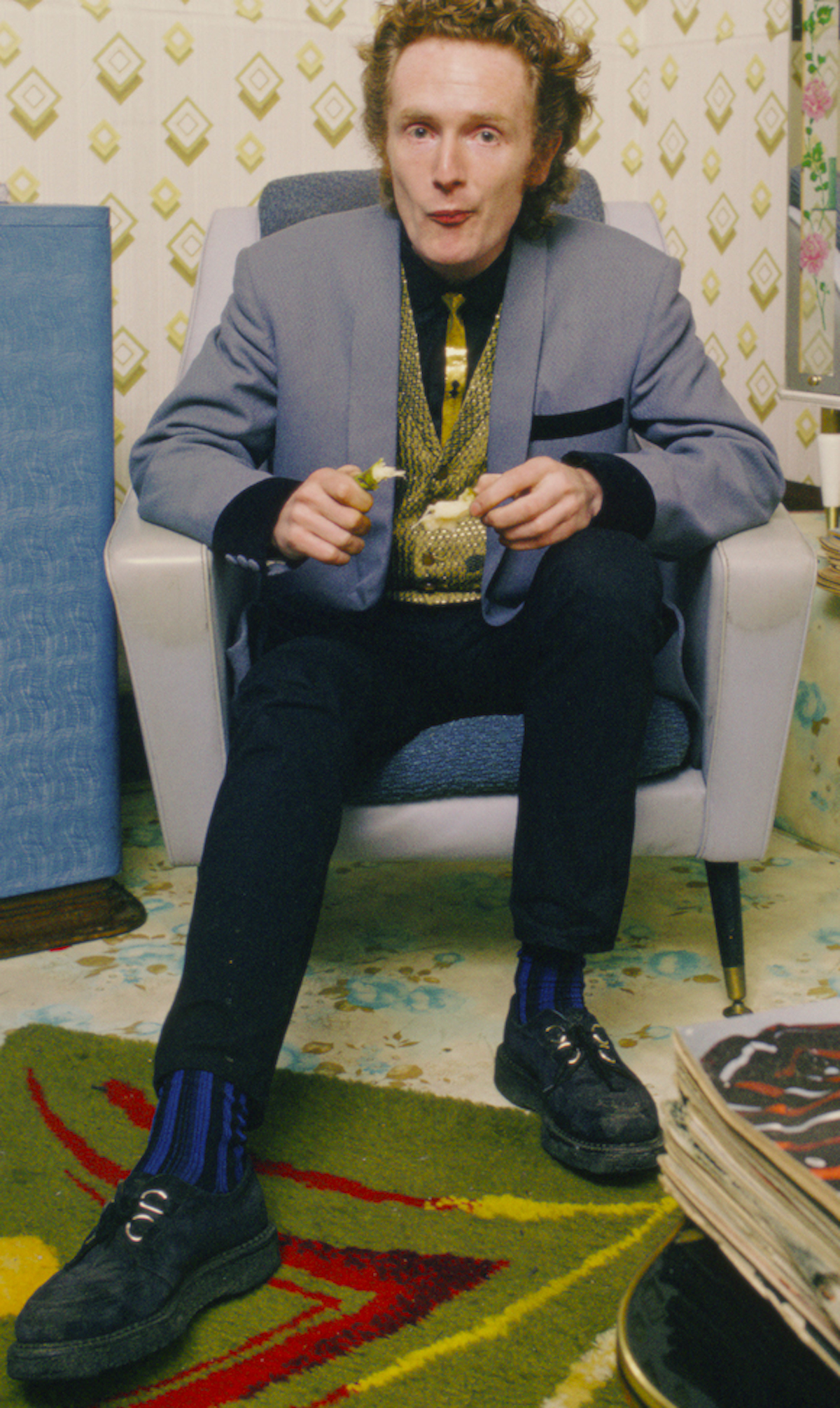 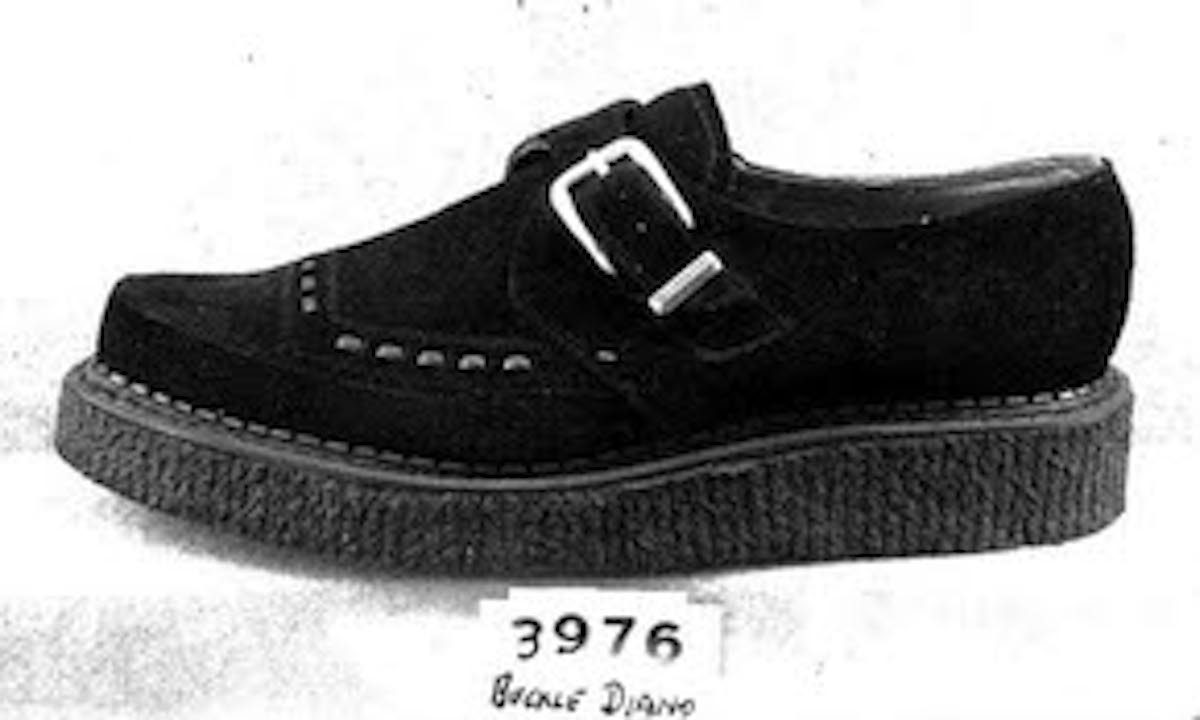 George Cox Buckle Diano made to the 1950s last 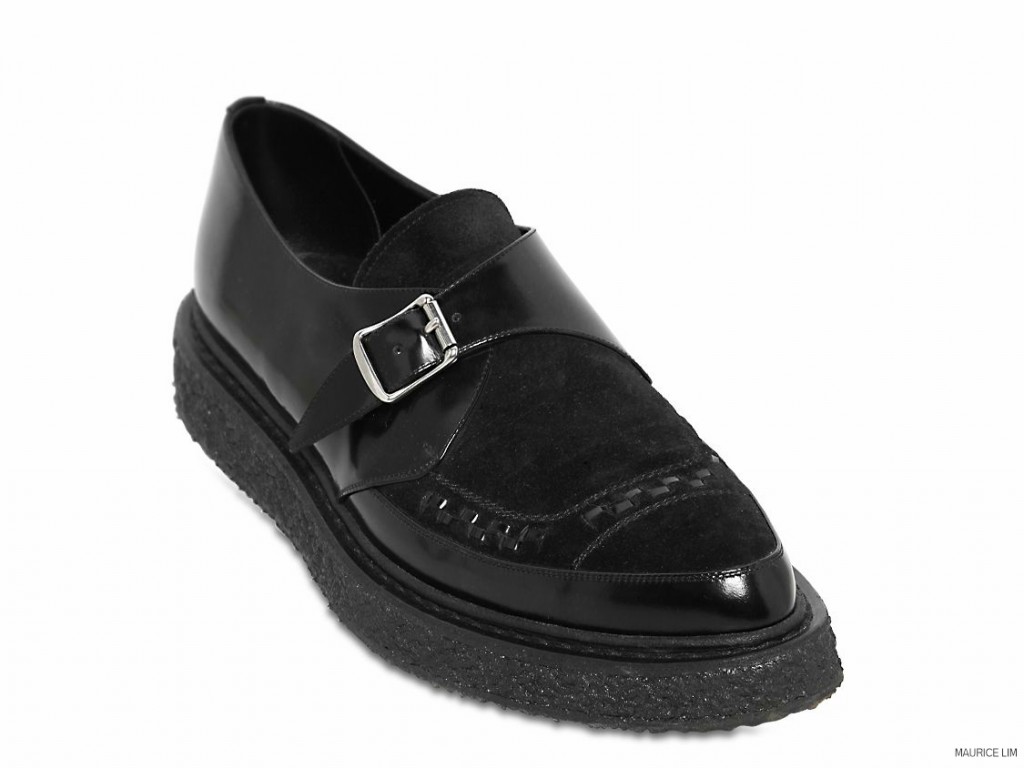 “My Dad told me that Malcolm turned up with an original pair of our creepers from the 50s asking if we could remake them,” says Cox’s fourth-generation owner Adam Waterfield. “In fact we were still actively producing them for the network of shoe-shops around the country who had little dedicated Cox selections for their Ted customers, so it was a matter of showing Malcolm the range and letting him pick which ones he preferred.” 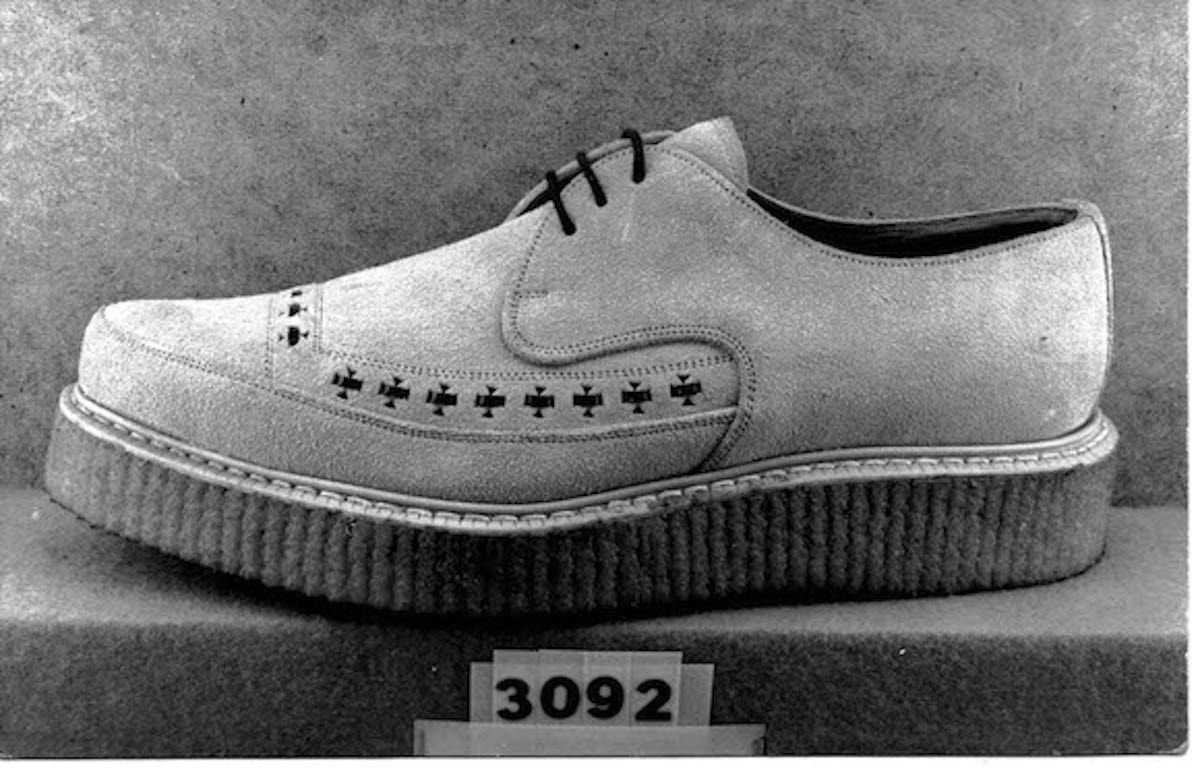 The timing of McLaren’s visit to Geo Cox is noteworthy; just a month before, in October 1973, his design partnership with Westwood was formalised by deed within weeks of their return from the National Boutique Show in New York.

While they had been filtering their own designs into the shop over the previous 12 months, the orders to Cox were part of a deliberate breakaway from tailored 40s and 50s suits and vintage and dead-stock clothing as the boutique moved into more formal design of collections in the next phase as Sex. Creepers were sold throughout this manifestation of the shop and became an element of the look of punk rock. 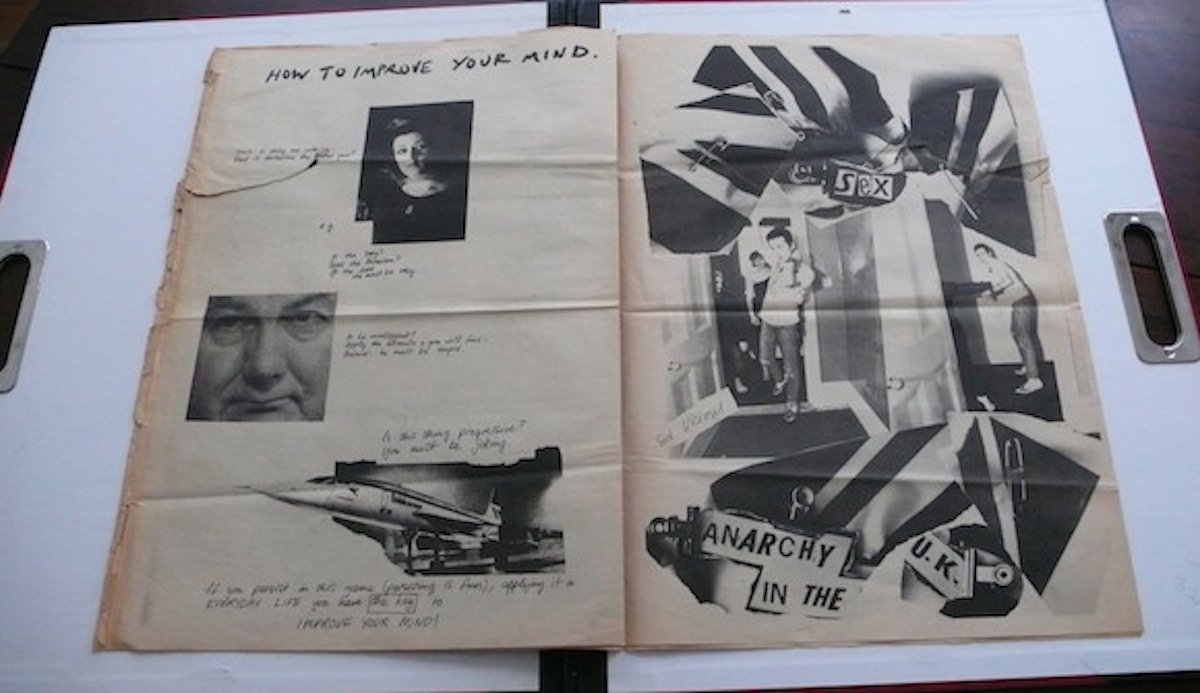 Pages 8 + 9 of my copy of Anarchy In The UK #1, the December 1976 Sex Pistols fanzine commissioned by Malcolm McLaren and realised by Jamie Reid, Ray Stevenson and Vivienne Westwood. (c) Paul Gorman Archive

Unlike the variants on the round-toed creeper which have gone mainstream all over the world in the last decade (as produced by Cox as ‘The Bingley ‘ and worn by McLaren when Let It Rock was first unveiled) there are specific design aspects of the point-toed Diano version which are claimed by Waterfield as distinctive to Cox.

“These include the shape of the last, the fronts of the ‘mudguard’ (the protective strip of material applied to the upper above the sole) and the cutaway quarters (the piece at the back covering the heel),” says Waterfield, whose company is currently collaborating with brands such as Commes des Garcons’ Ganryu and British casual-wear’s Fred Perry. “Other distinctive details are the stitching and interlace apron detailing, the three-eyelet or two D-ring form of fastening and the crepe soles.” 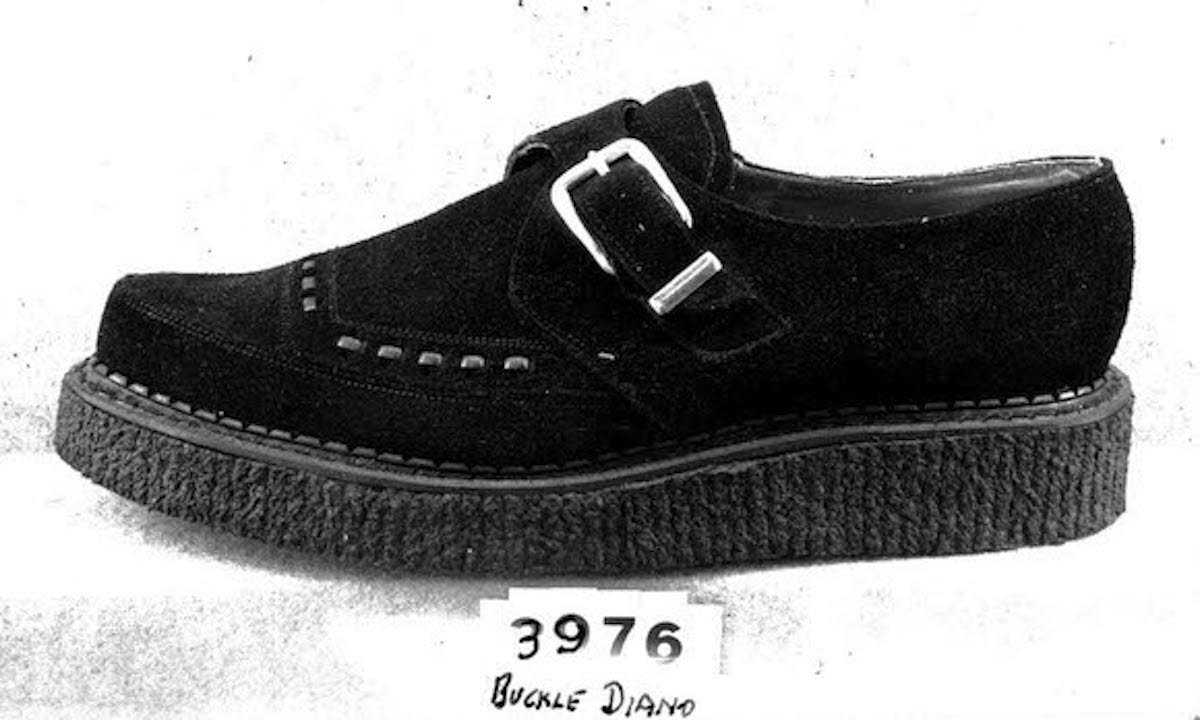 Black suede Buckle Diano as ordered by McLaren in 1973 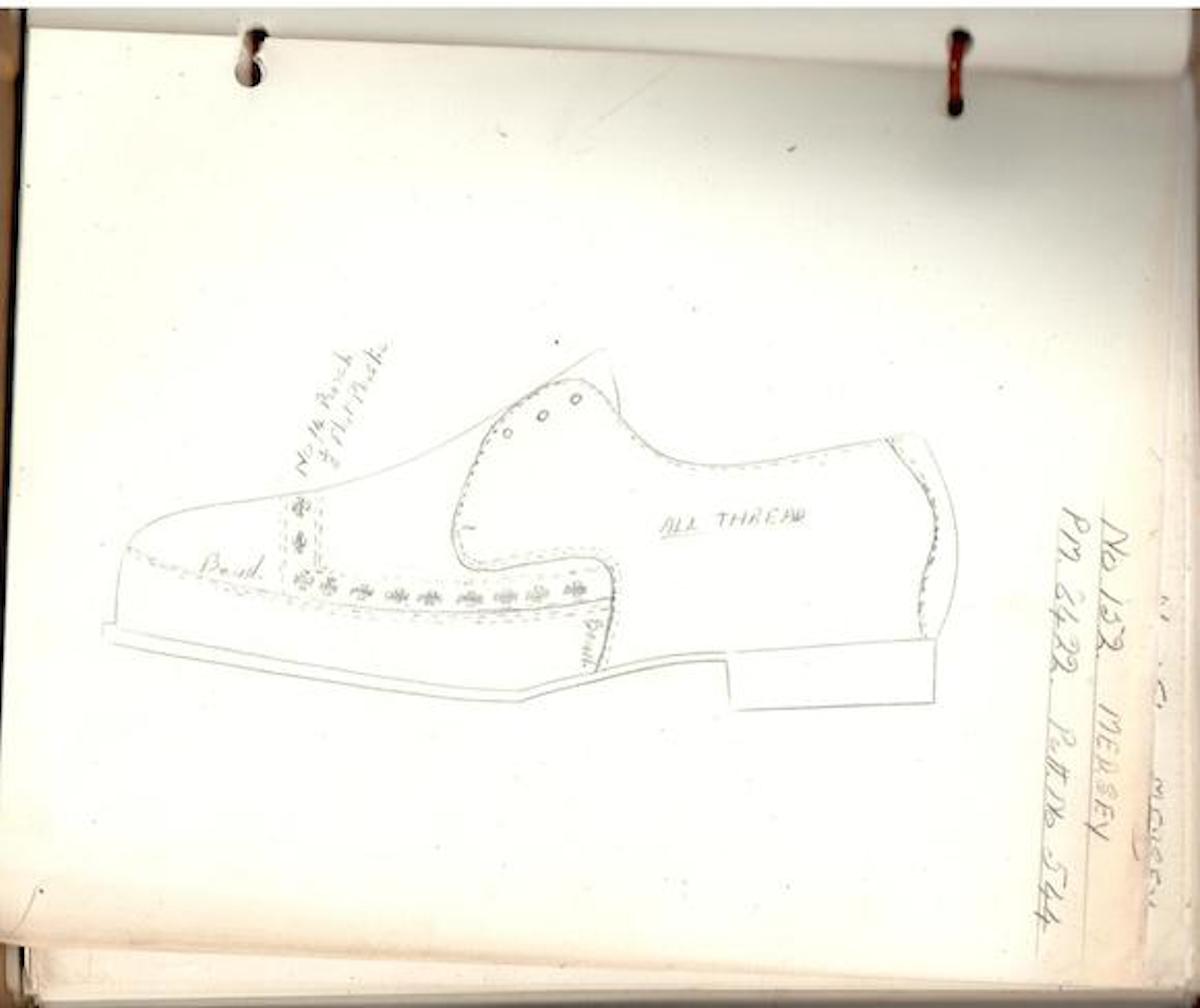 Among the styles ordered by McLaren for sale in Let It Rock were pairs of ‘The Diano’ in grey suede with interlaced detailing and the buckle version of the same shoe. McLaren continued to source footwear from Cox over the next couple of years and also ordered from other British shoe-makers who have long since gone to the wall.