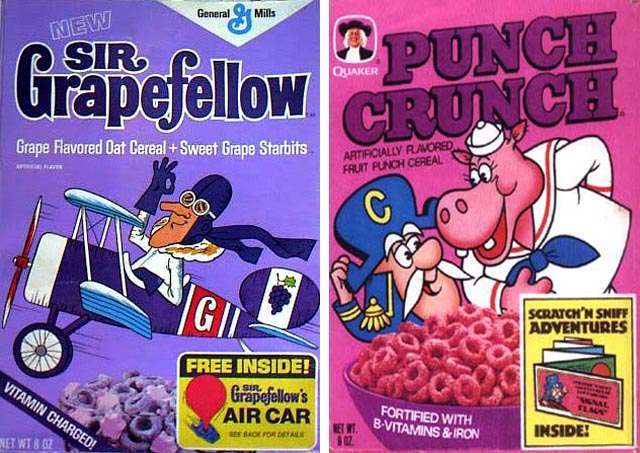 THE worst cereal of all time, for me, has always been Grape-Nuts (AKA aquarium gravel). Yet, as I grew older, I actually came to like these granular pellets which look like they belong at the bottom of a fish tank. Tastes evolve.

I say this to underscore the fact that this list is purely subjective. Yet, it’s still fun to poke through the vast arrays of breakfast cereals from years past and single out the worst of the worst. I apologize up front if I am besmirching your cherished childhood favorite, but it simply must be done.   And so here they are – the definitive list of the absolute worst breakfast cereals of all time (in no particular order). Enjoy.

The corn flakes were bubblegum colored, which is bad enough, but the cereal became notorious for rapidly losing its color. Almost as soon as the milk hit the flakes, the bubblegum color ran off, leaving behind soggy albino flakes. Your breakfast started so full of promise, with the brilliant pink hue signaling good tidings ahead. Fast forward a few seconds, and you’re eating your soggy albino flakes in quiet disappointment.

The taste was not bad; it was the texture that presented problems. Many will recall the “barrels’ scraped the roof of your mouth like a mouthful of broken glass. To be fair, after repeated spoonfuls, your throat and mouth would swell and become inflamed enough to no longer feel the sharp pain. So, enjoying the cereal wasn’t entirely impossible.

“Little pink rings with a big pink flavor just like fruit punch… a dandy part of a nutritious breakfast.”

At what stage of desperation do you have to be in to attempt a punch flavored cereal? Was Captain Crunch suffering from scurvy when he concocted this vitamin C inspired cereal? It would seem to be the only rational explanation.

There are just certain flavors that don’t belong in a cold milk cereal. Thus, as much as we may happen to like bacon and pizza, it doesn’t mean they will make for good cereal flavorings. Someone should have told General Mills that grapes fall into that same category. 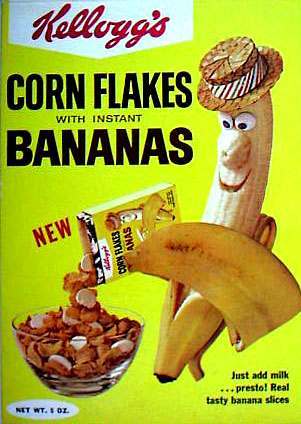 This one was discontinued in ’66 due to problems with the preservation and freeze drying of the bananas. Apparently, Kellog’s hadn’t yet perfected the fancy carcinogenic preservatives and dyes we all take for granted today. Upon the addition of milk, the “bananas” turned into shriveled bits of brown before your very eyes. Had the box prepared consumers and perhaps been labeled “Corn Flakes with Shriveled Bits of Brown” instead, things might’ve been different.

Aside from the fact that many recall a distinct iodide smell, the primary problem was what happened after it was consumed. Evidently, Smurf Berry Crunch turned your poop a brilliant purple. While that may have been a “plus” to many consumers; for most, violet poop was an unwanted side effect. 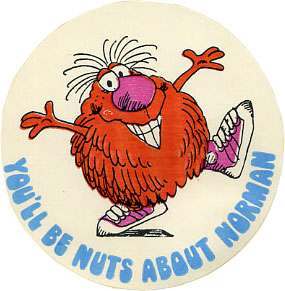 Very little information remains beyond first-hand accounts. Most will tell you that this BUTTER flavored cereal was the most revolting thing they’ve ever eaten. It basically amounted to small crunchy butter flavored balls which in no way went nicely with cold milk. Those unfortunate enough to have experienced this breakfast horror tell the story as one would recount a grisly battle – with hushed somber tones, a vacant stare, and an expression that belies the tragedy of it all. Our deepest respect to the poor souls who took a spoonful of Norman to their lips and lived to tell the tale.